Decatur County is named for Stephen Decatur, Jr., who was a hero in the War of 1812. 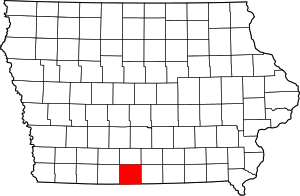 Description:  The building faces south and is a three story red colored brick, iron, steel, stone, tile, marble and granite structure. The  building is located on the landscaped grounded of the Courthouse Square in the center of Leon. The foundation of the building is horizontal white colored stone with the entrance trimmed with stone on the first story. Above the entrance is a large window trimmed with stone. The east and west front sections project from the main building and wings extend east and west at the building center. Atop the roof is a high brick clock tower with open arched windows and topped by a silver colored dome. In the interior, the corridors form a cruciform plan with the center located under the dome. The building houses the County District Court of the 5A Judicial District. The superintendent during construction was J A Wilson. 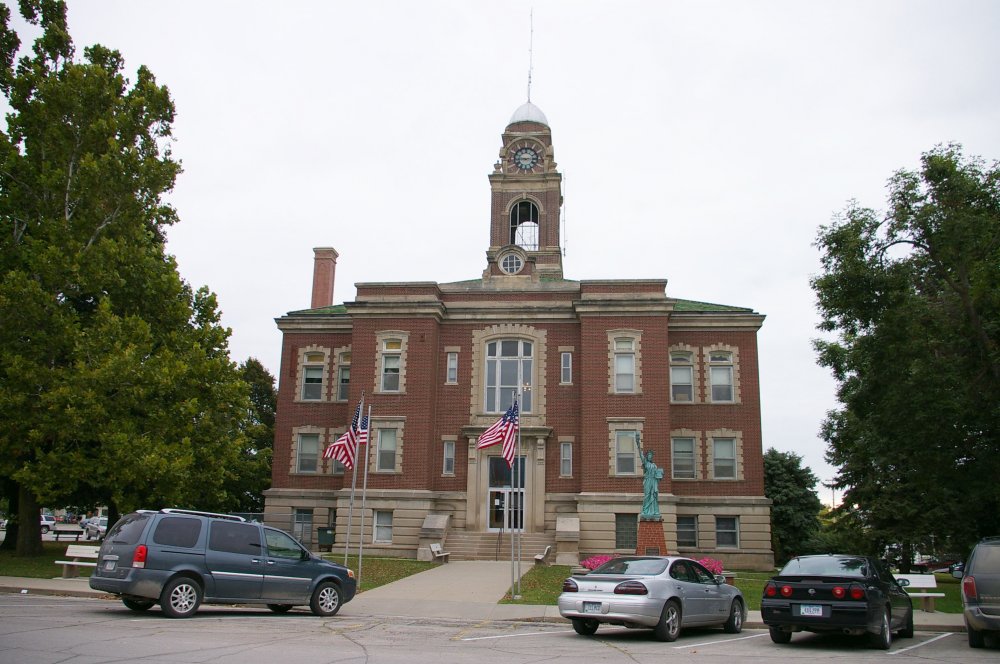 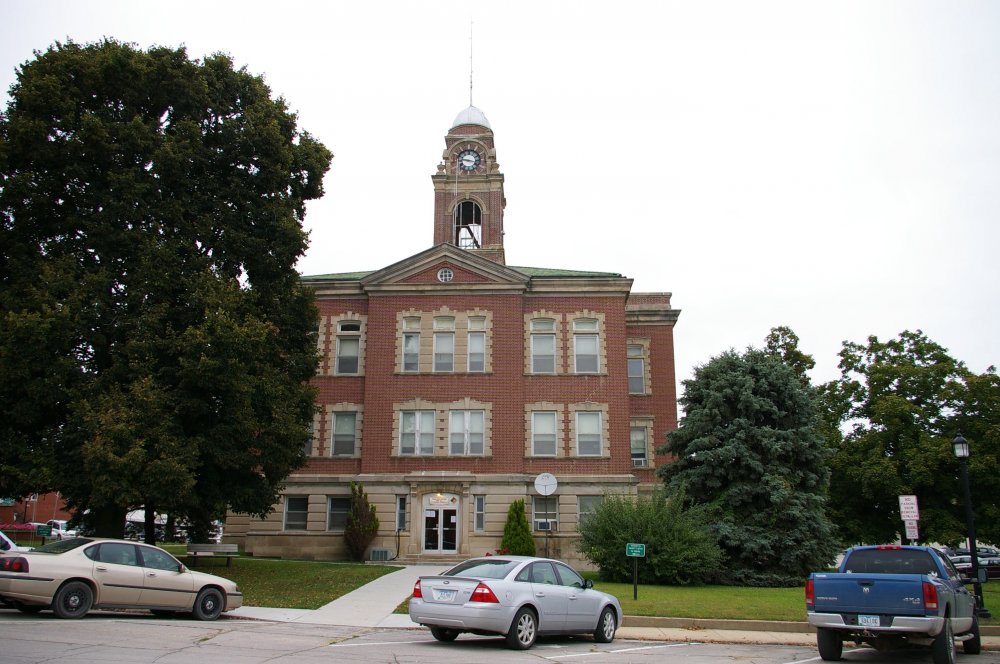 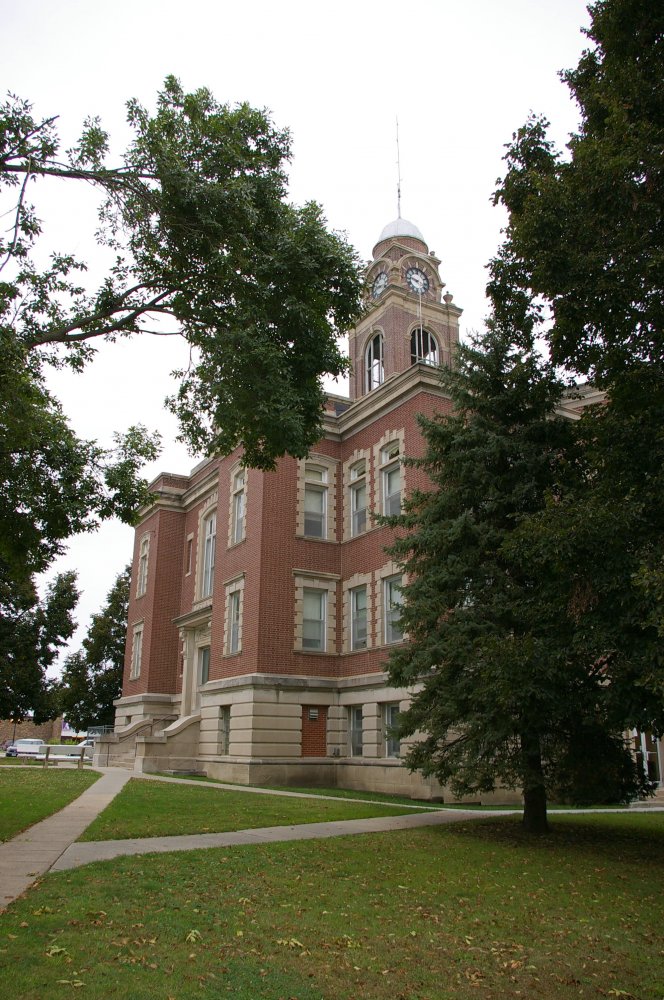 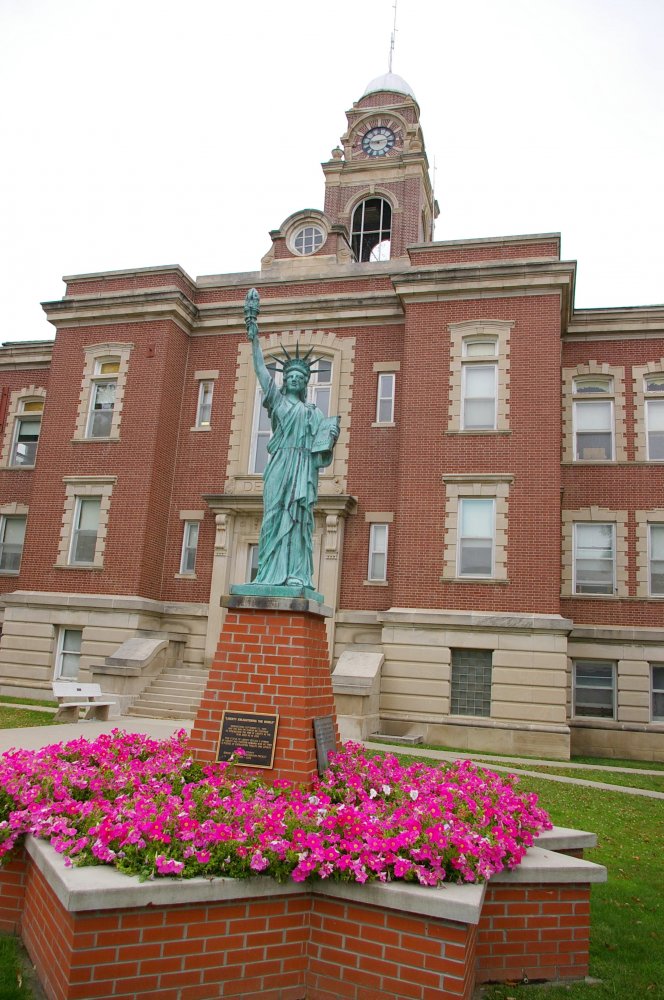 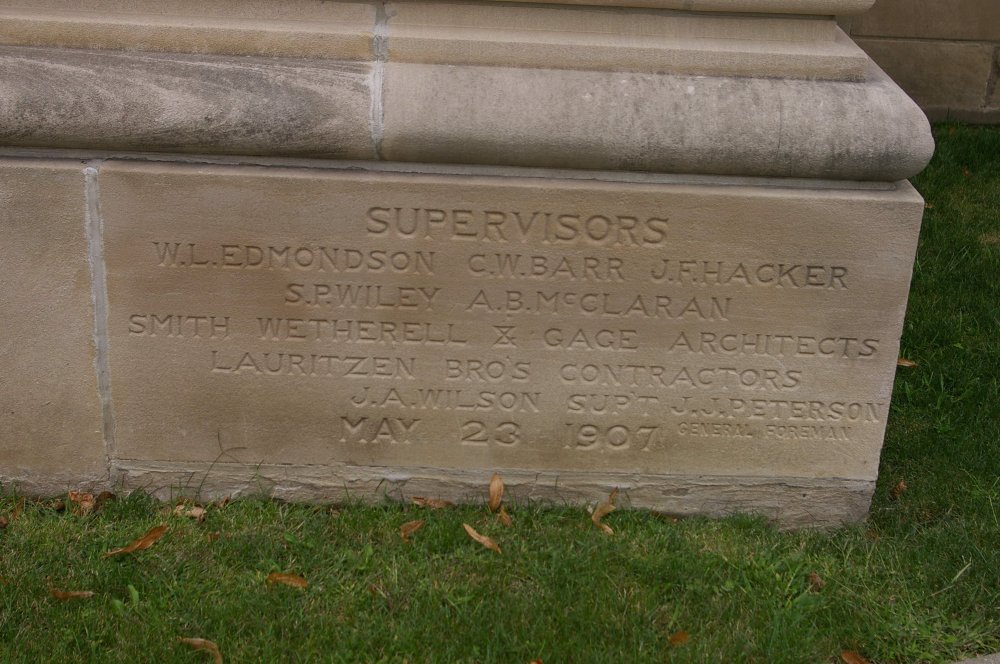 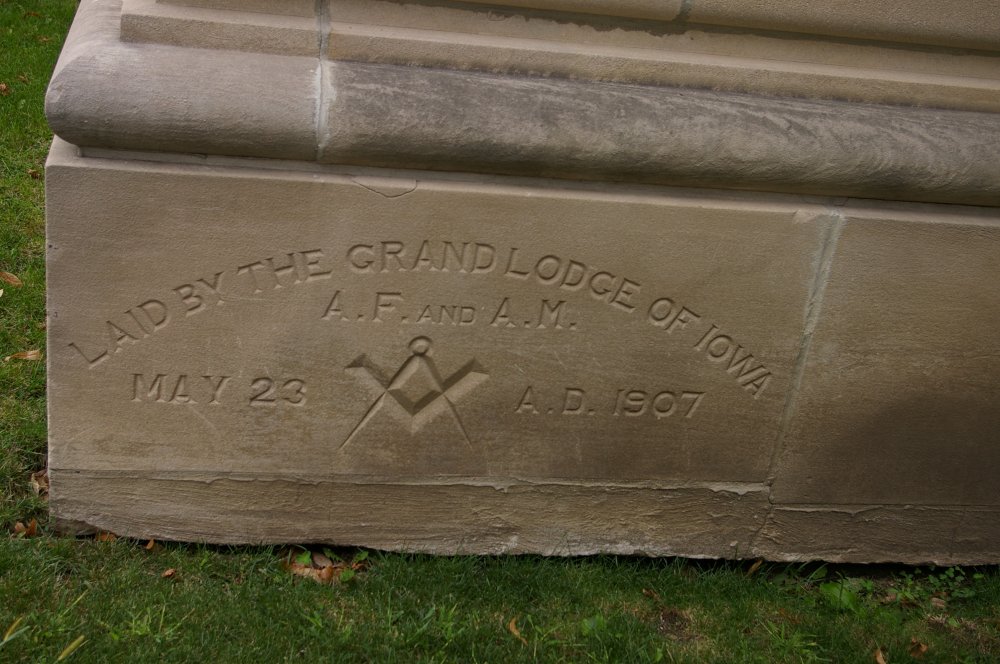