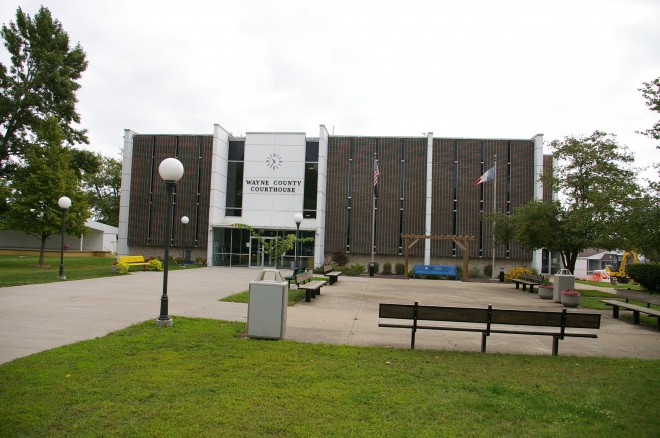 Description:  The building faces west and is a three story concrete structure. The building is located on spacious landscaped grounds in the center of Corydon. The west front is divided into four sections by vertical concrete dividers. The entrance is on the north side of center and has white concrete facing with a clock above the glass entrance on the first story. The other sections have dark brown colored brick with narrow vertical windows. The north and south walls are white colored concrete facing. The roof line is flat. The building houses the County District Court of the 5B Judicial District. 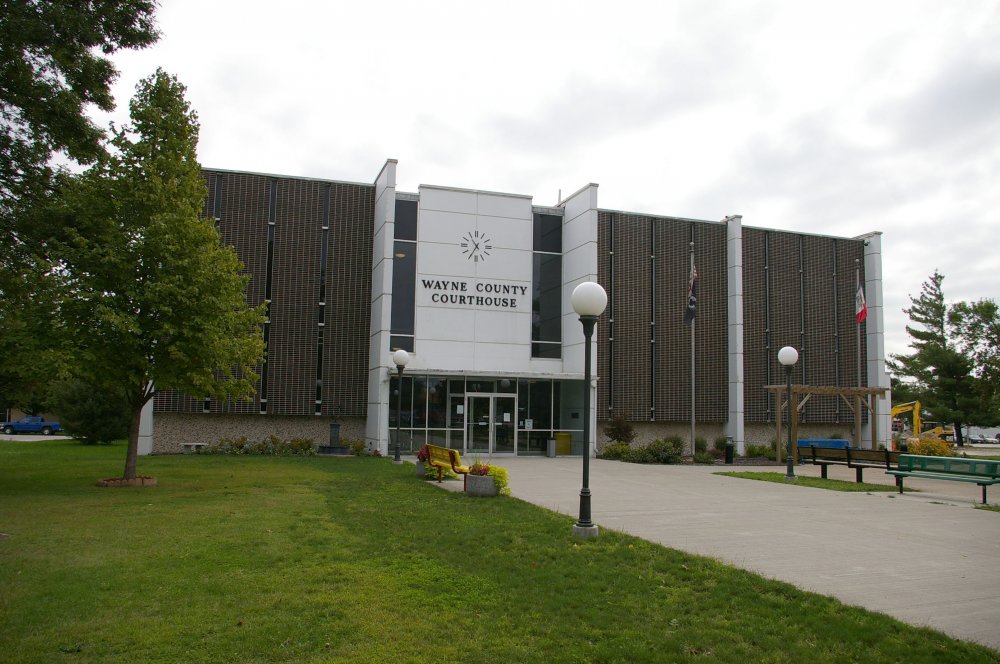 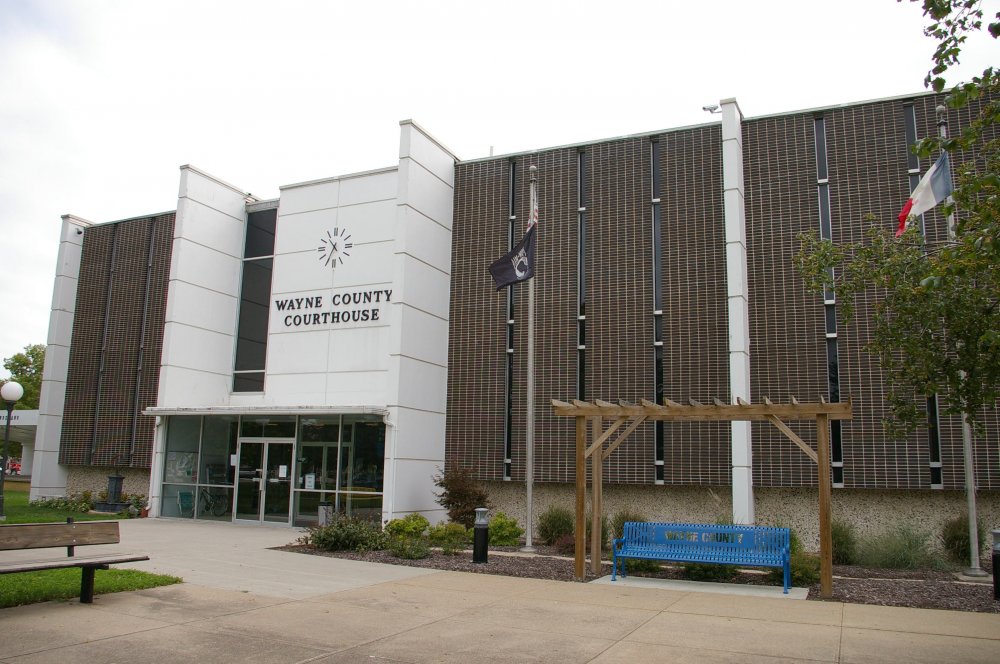 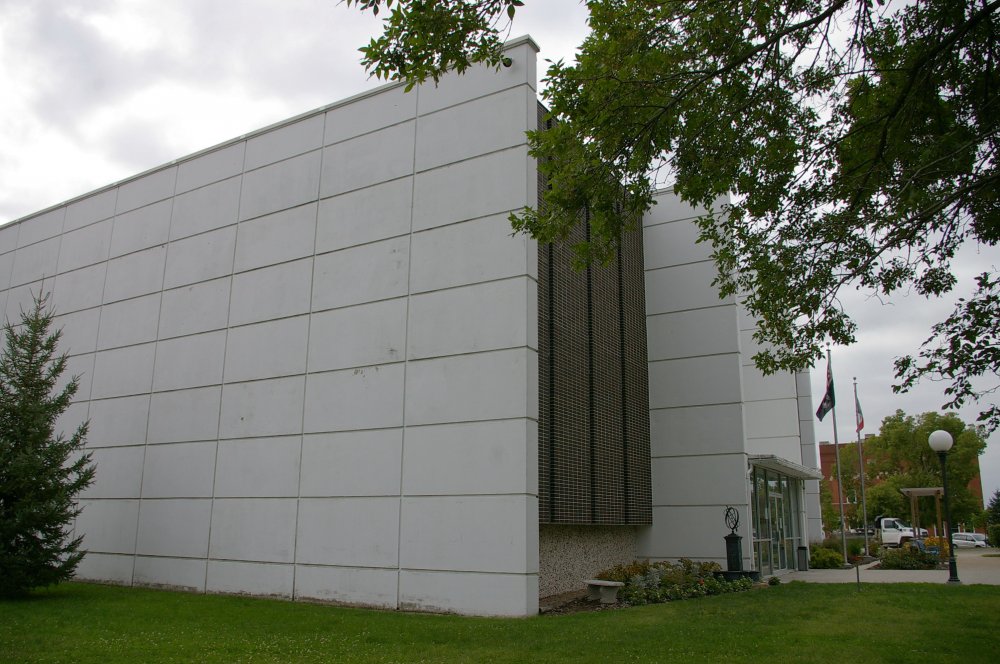 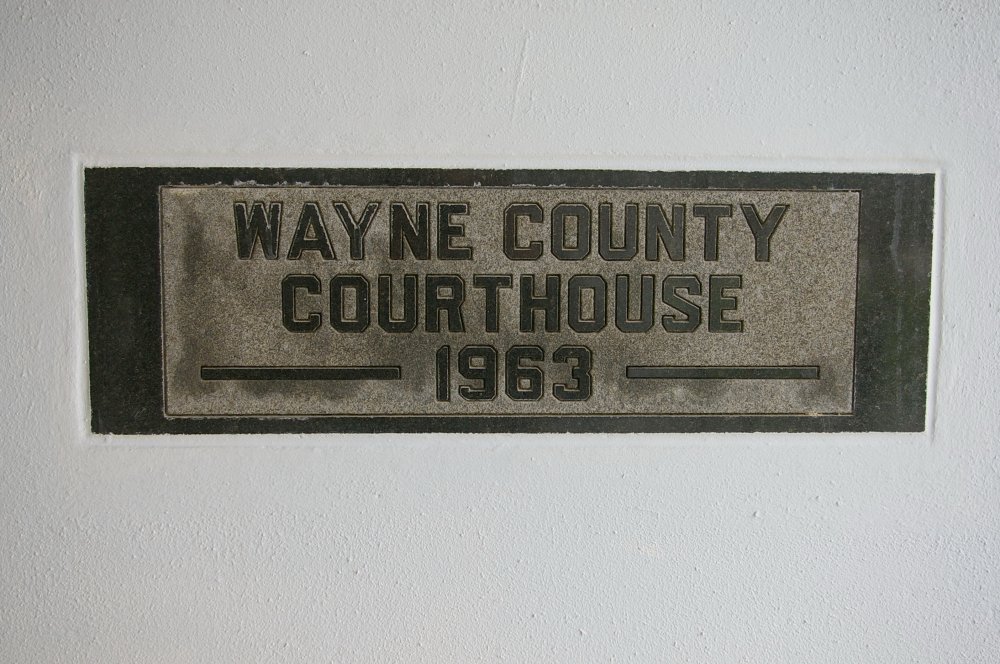