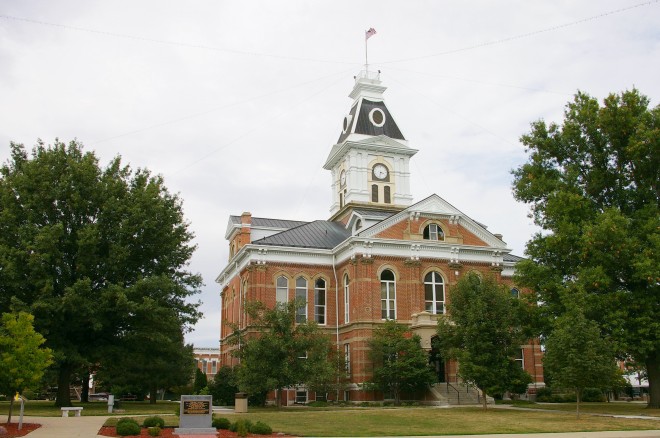 Page County is named for John Page, who was a captain in the Mexican-American War.

Description: The building faces west and is a two story red colored brick and stone structure. The building is located on landscaped grounds in the center of the city. There is a one story stone portico on the first story. The west central section projects from the main building. A wide white colored cornice runs below the projecting eave. The windows on the second story are arched. In the center of the building is a high square white cupola with clock and steep roof having a fenced platform at the top. The roof is hipped. The building was renovated in 1991. 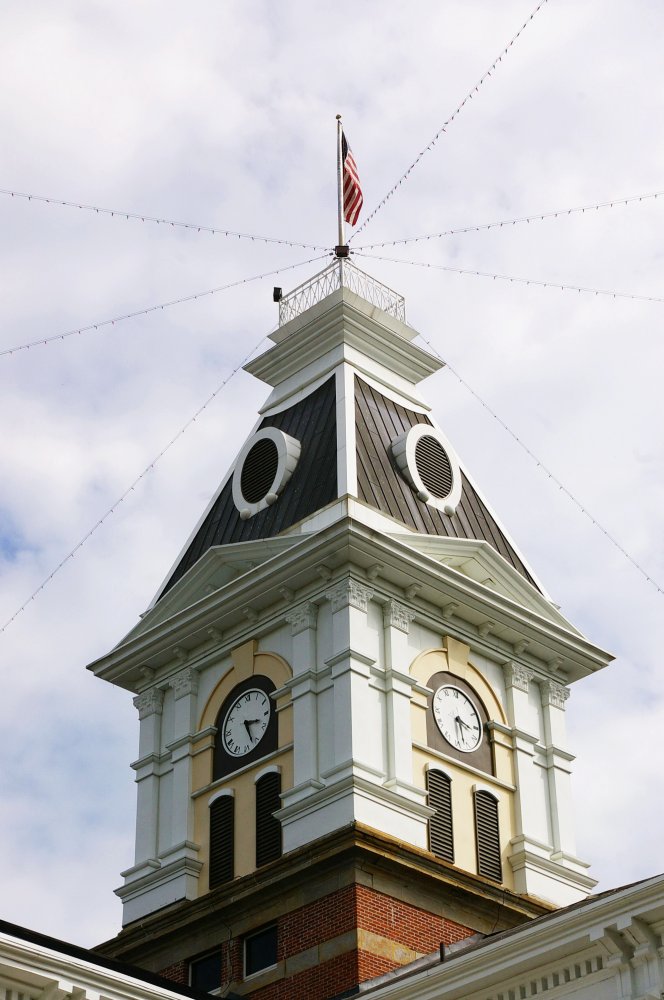 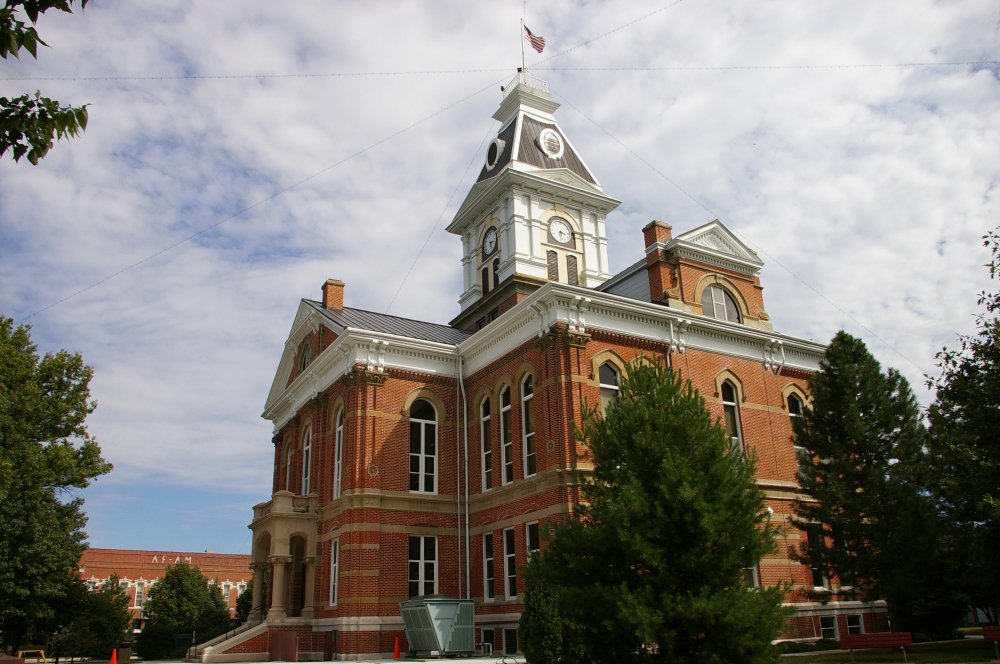 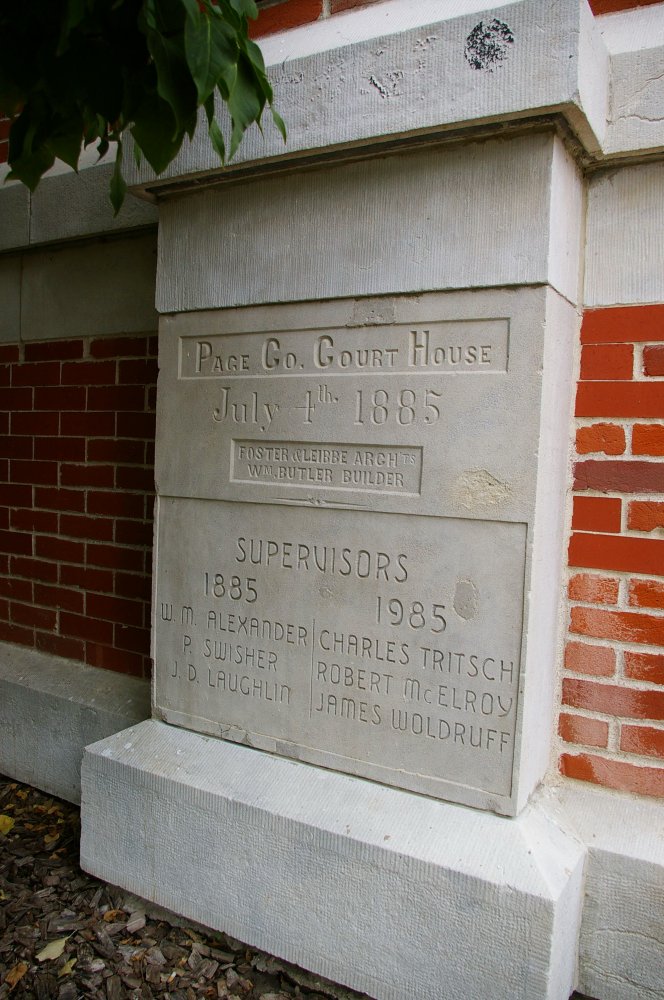 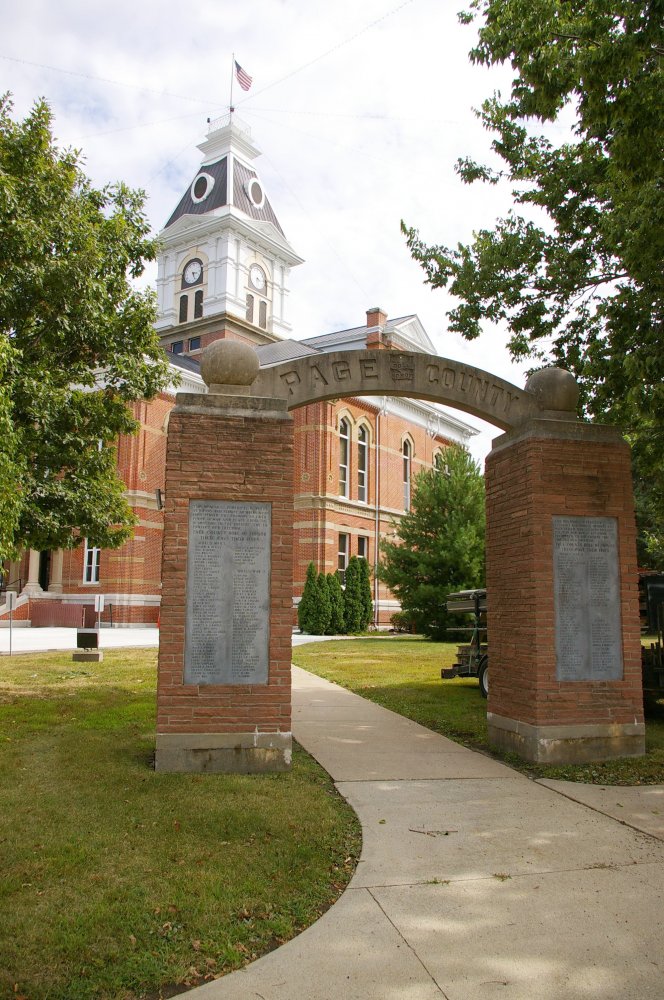