Lucas County is named for Robert Lucas, who was a Governor of the Iowa Territory. 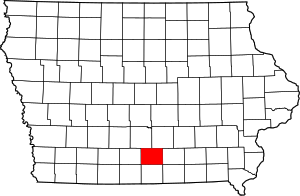 Description: The building faces north and is a three story buff colored sandstone structure. The building is located on landscaped grounds in the center of Charlton. The north front has a center section with large arched entrance on the first story and above it rises to a peak at the third story. The windows are vertical and narrow. On the northwest corner of the building is a large square sandstone clock tower with turrets on each corner. The building houses the County District Court of the 5B Judicial District. 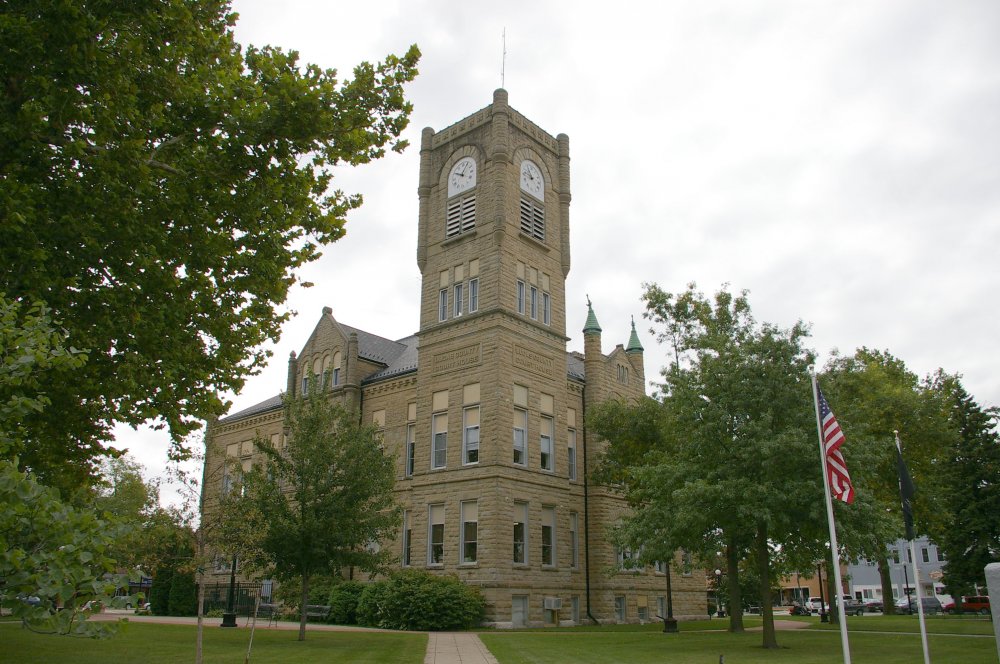 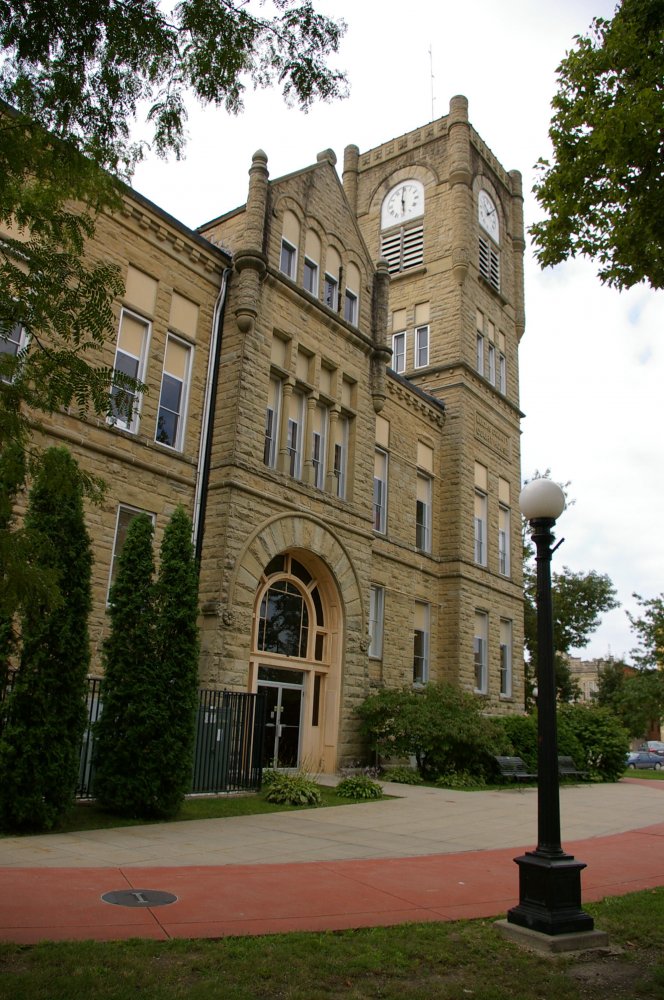 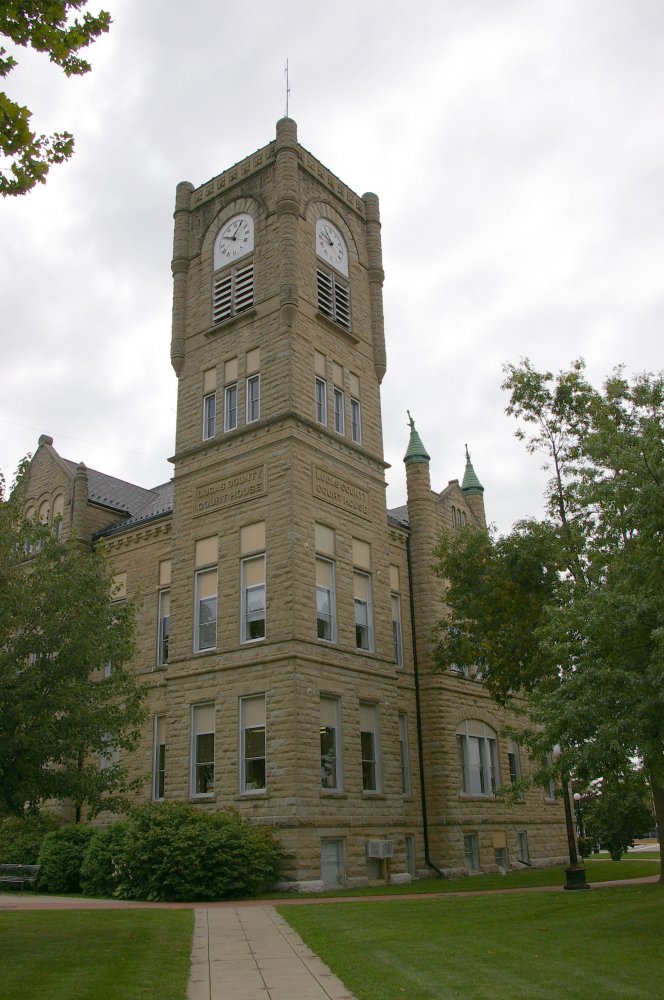 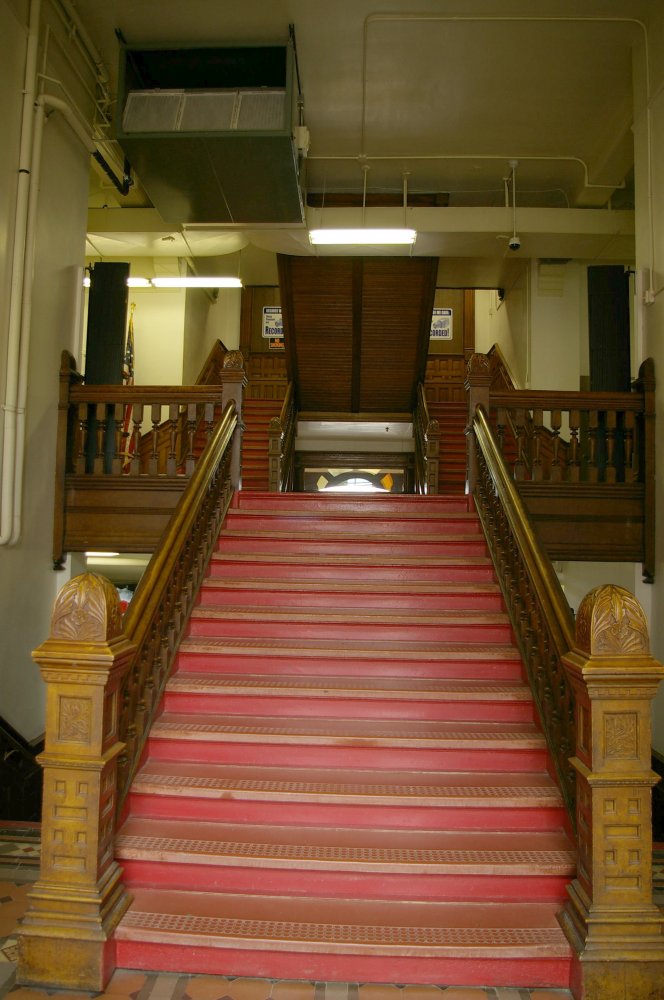 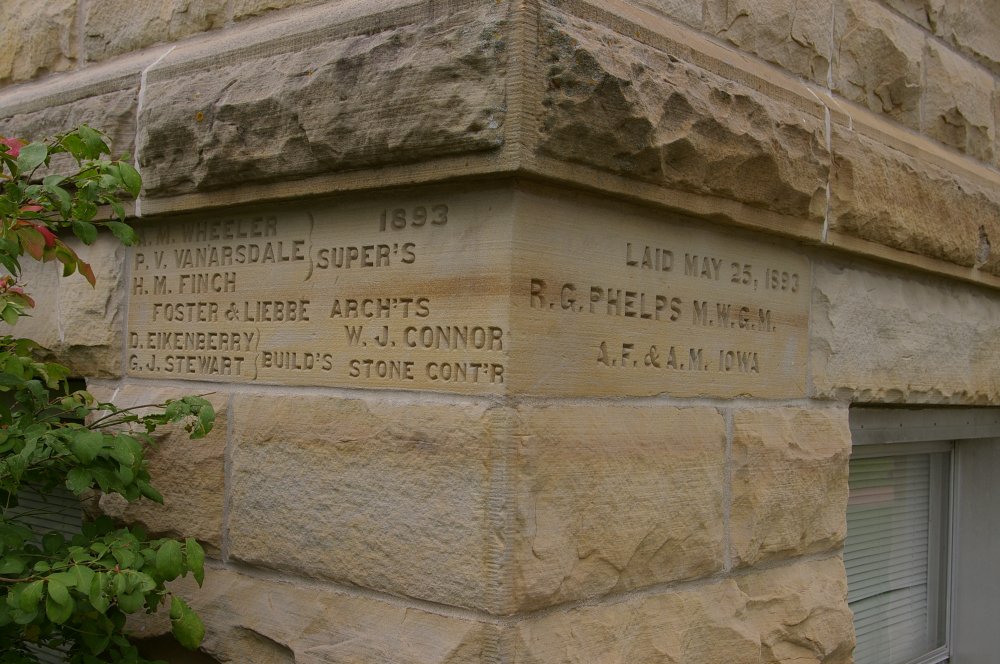