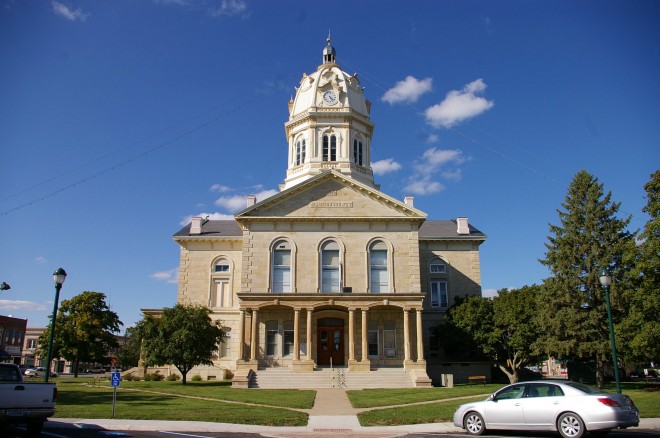 Description: The building faces north and is a two story native limestone structure. The building is located on landscaped grounds in the center of Winterset. The building has four wings which join to form a Greek cross. The north front has a one story portico supported by eight thin columns with three arched windows on the second story. There is a portico on each wing. On the center of the roof is a silver colored dome with bell, clock and small cupola at the top. The interior has solid walnut woodwork. The courtroom is located on the second story. The building houses the County District Court of the 5A Judicial District.