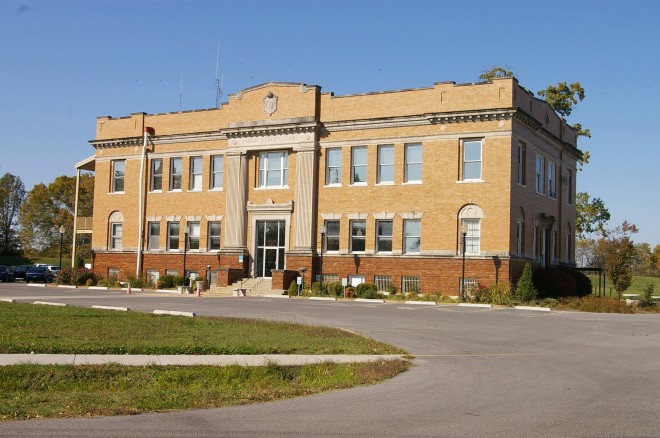 Pulaski County is named for Count Casimir Pulaski, who was a hero killed in the attack on Savannah, Georgia in 1779. 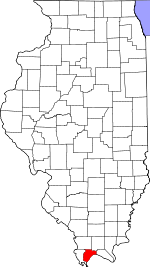 Description: The building faces south and is a two story buff colored brick, stone and concrete structure. The building is located on landscaped grounds in the center of Mound City. The building is rectangular and the south front has horizontal stone facing rising to a wide stone header at the top of the second story, on either side of the central entrance. The entrance doorway has a small stone header. The base of the building is reddish-orange colored brick. A horizontal stone band runs below the roof line which makes a semi circle above the entrance and has a stone crest. The roof line is flat. The courtroom is located on the second story. The building was crempodeled in 1964. 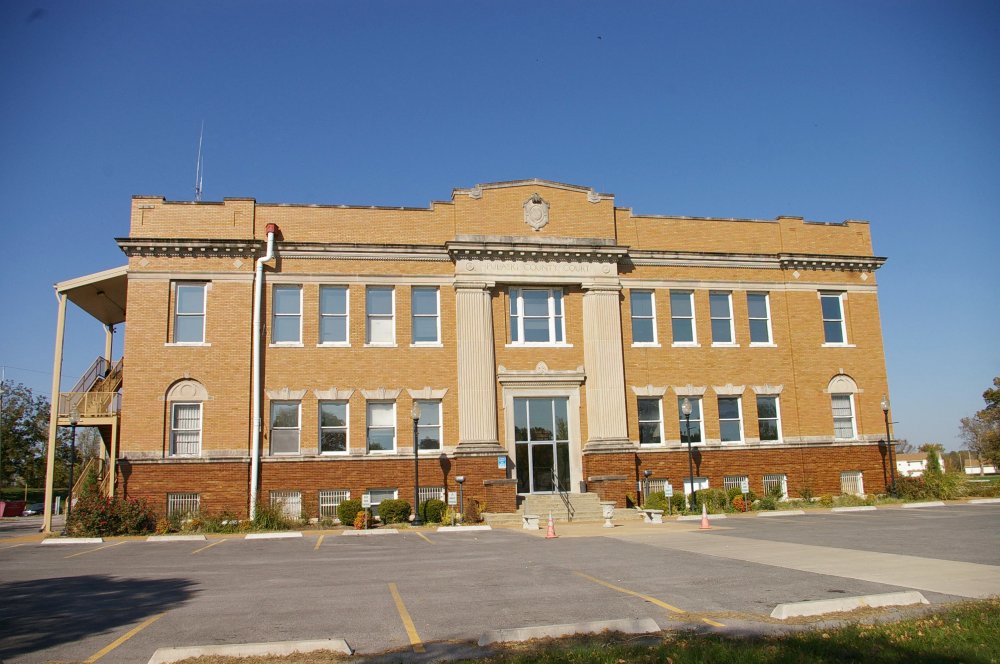 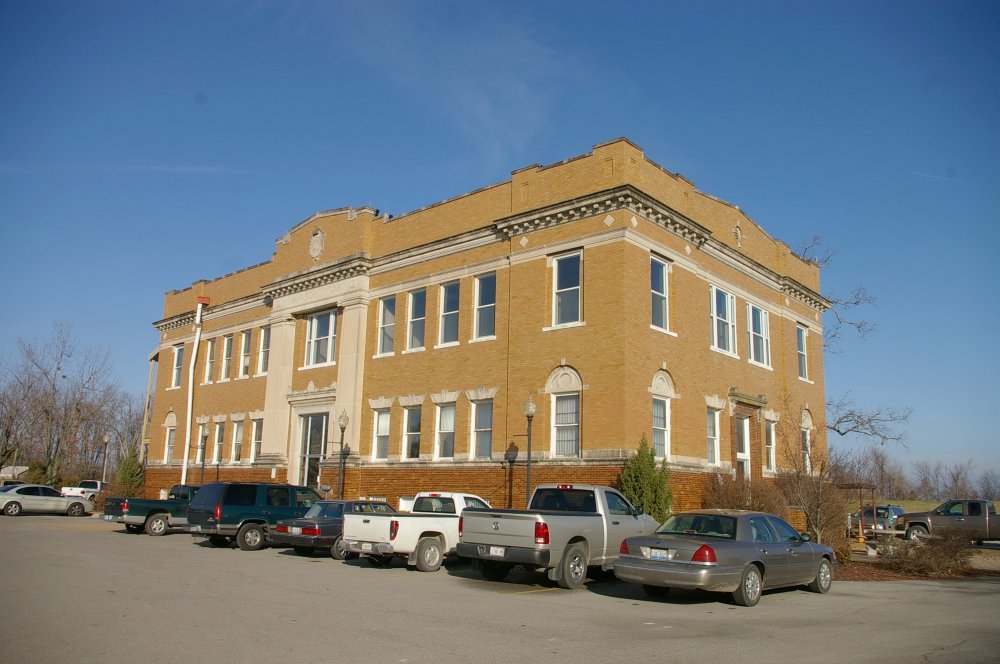 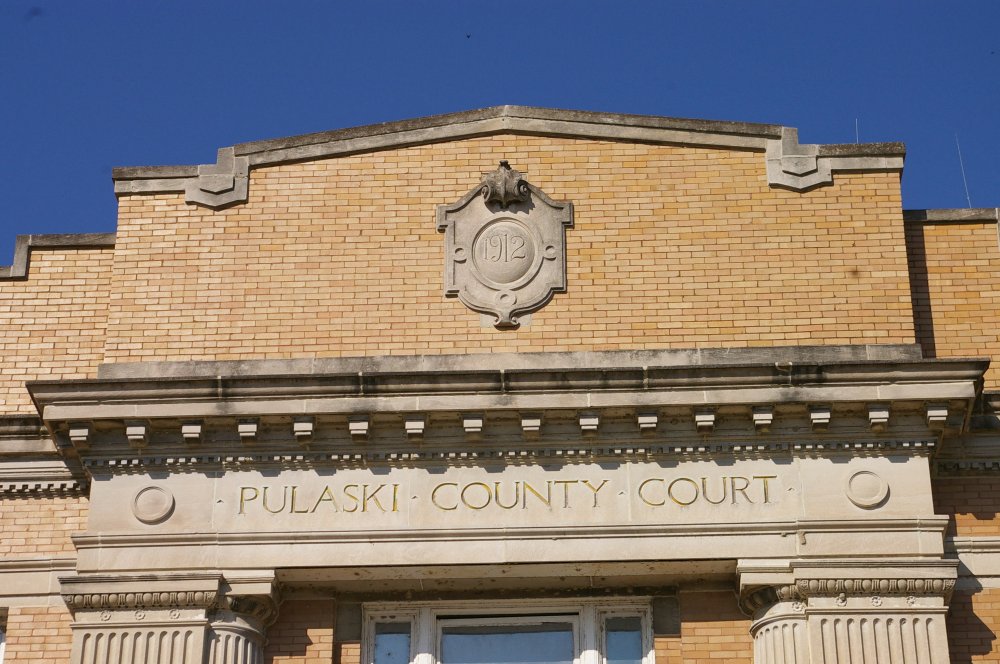 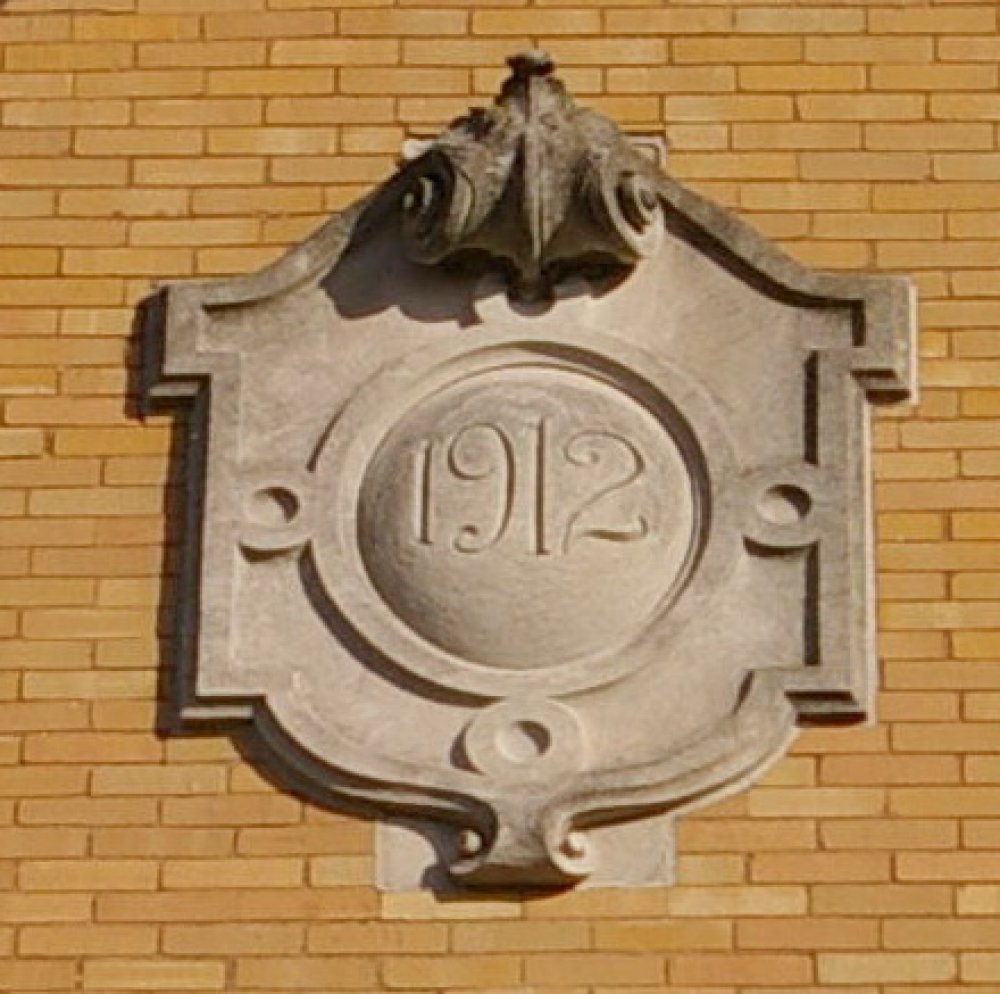