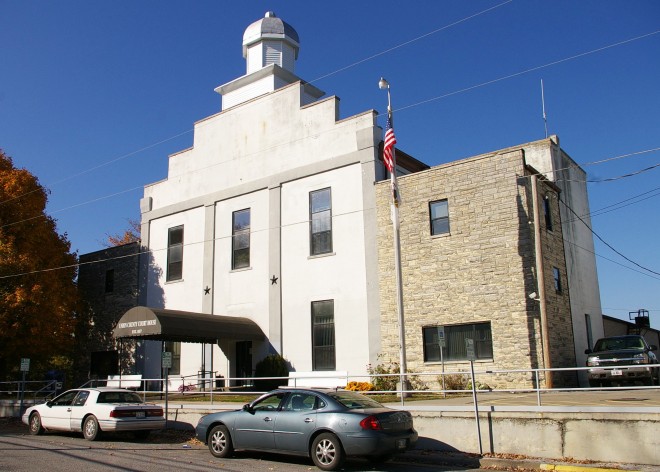 Union County is named for the federal union of the America States. 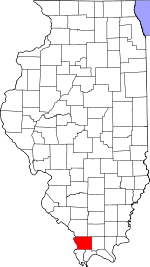 Description: The building faced south and was a two story white colored plaster and brick structure. The building was located on landscaped grounds in the center of Jonesboro. The south front had a rounded canopy extending from the central doorway. The windows were longer in height, and the roofline was tiered to the flat section at the top. Above the roof line was a square white colored base with an octagonal white wood cupola with rounded roof. Vertical grey bands were on the front of the building with a horizontal band above the second story. On either side of the main building were buff brick additions of two stories. Additions were constructed in 1894 being a Clerk’s Office constructed by Abel W Robinson, 1963 and 1967 additions constructed by Dewey Brown and and 1976 addition constructed by J D Construction Company of Anna..This building was demolished when the new courthouse on the north side was completed.

Description: The building faces south and is a twoe buff colored brick, concrete and glass structure. The building is being constructed on the north side of the current courthouse. The old courthouse was demolished in 2013. 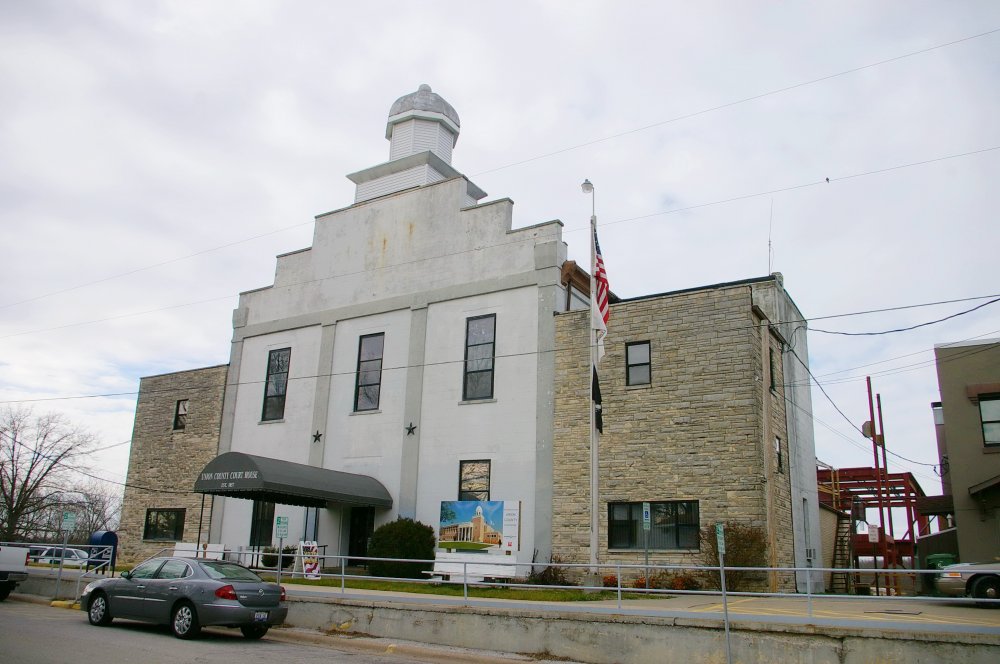 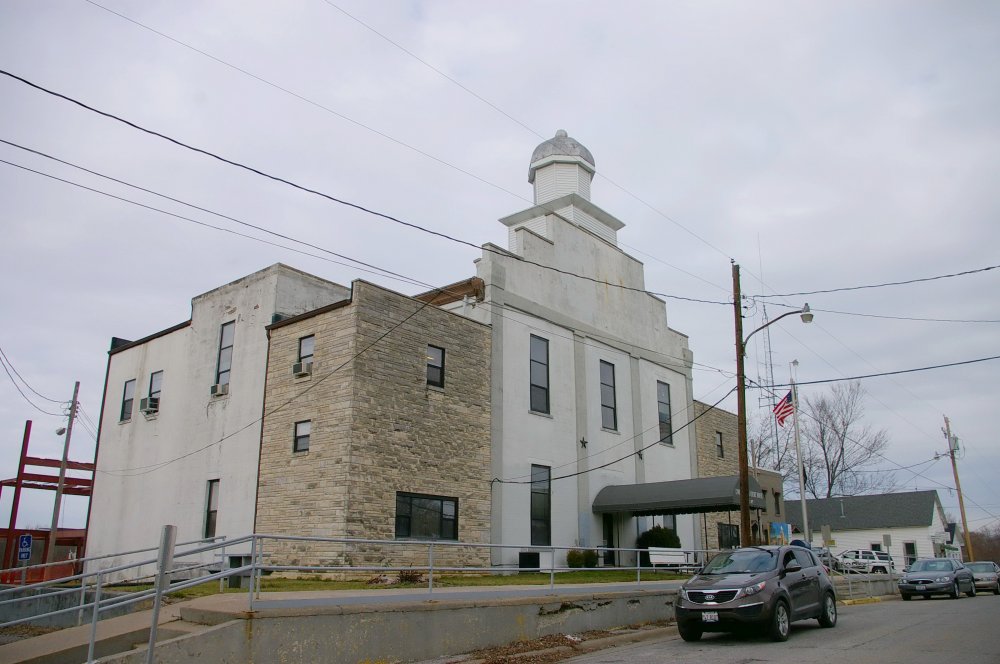 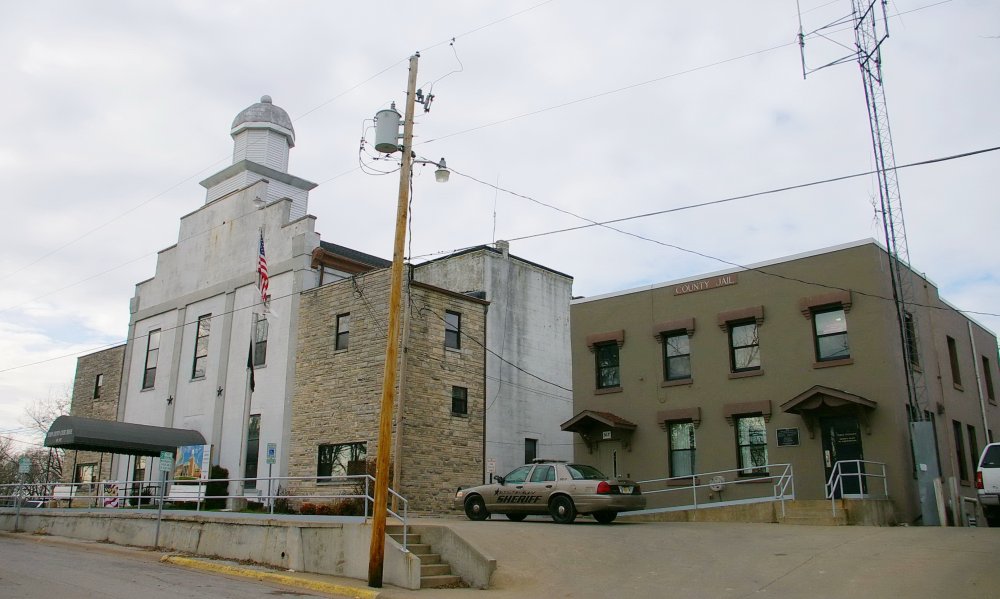 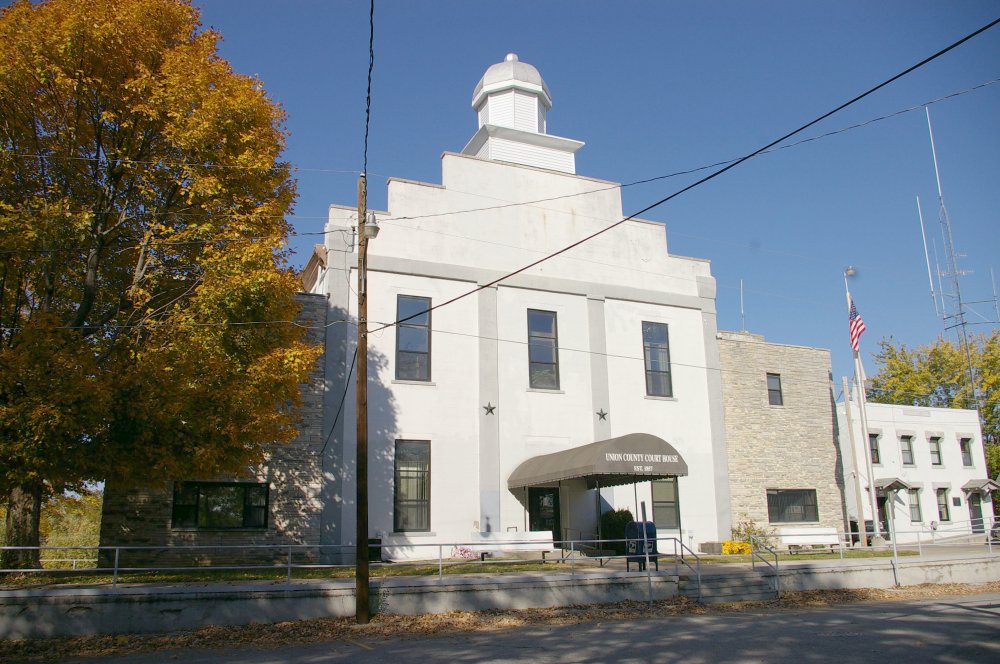 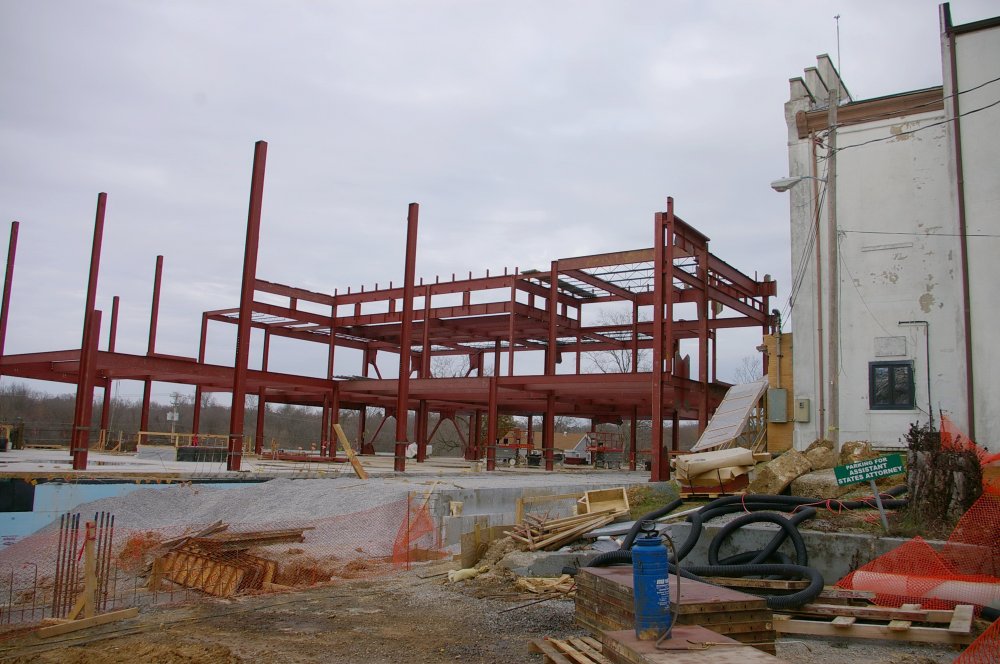