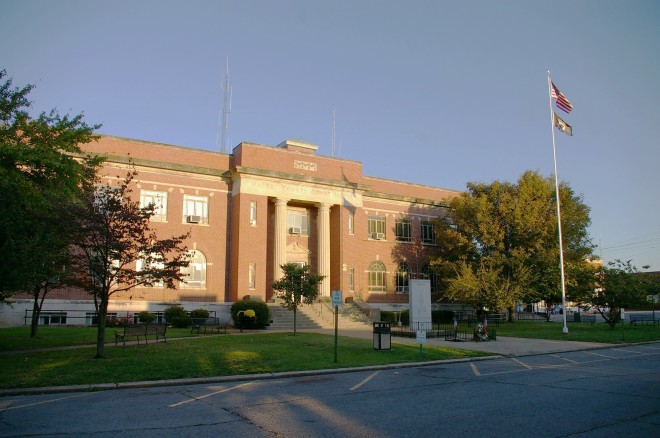 Massac County is named for Fort Massac, which was named in honour of the Marquis de Massiac, who was a French Naval minister.

Description: The building faces east and is a two story red colored brick and concrete structure. The building is located on landscaped grounds in the center of  Metropolis. The center front extends slightly and has two large columns rising to a wide stone header below the roof line. The entrance is recessed and is framed with stone trim. A wing extends west from the building forming a “T” shape. The roof line is flat. The building is a Public Works Admimistration ( PWA ) project. In the interior, the large courtroom is located on the second story.  The building houses the County Circuit Court of the 1st Judicial Circuit.

History:  The county was created in 1843 and Metropolis was selected as the county seat. The county used the rented premises called Manville House at Ferry Street and Second Street. Court was held in the Methodist Church. The first courthouse was designed by Samuel Arnont and constructed by Wilcox and McBane of J H Wilcox & Company in 1843 to 1847. The second courthouse was a two story structure built in 1862. The third and present courthouse was constructed in 1940 to 1941. 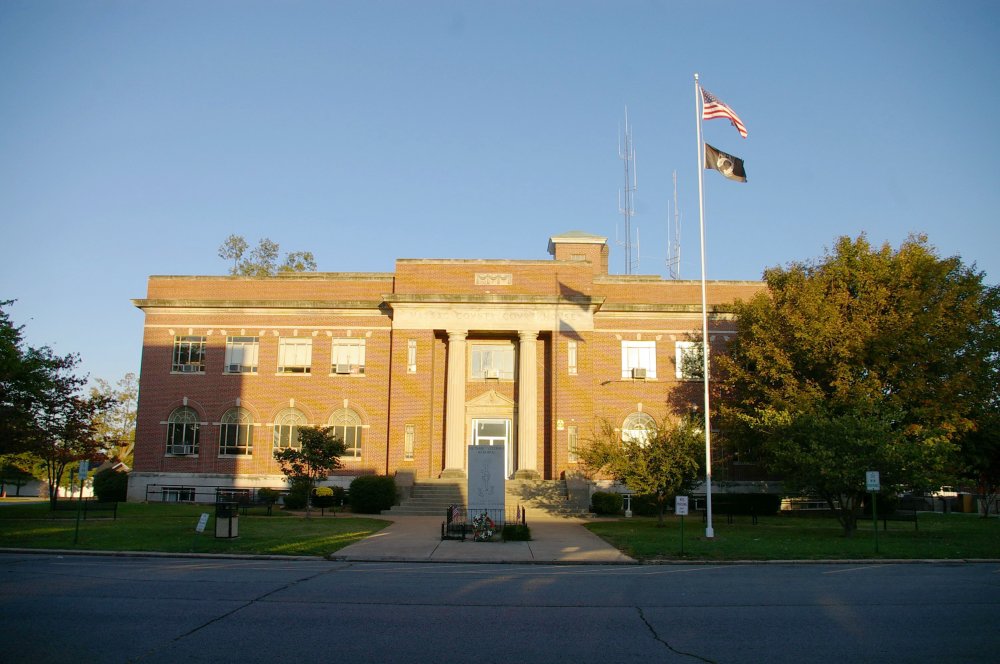 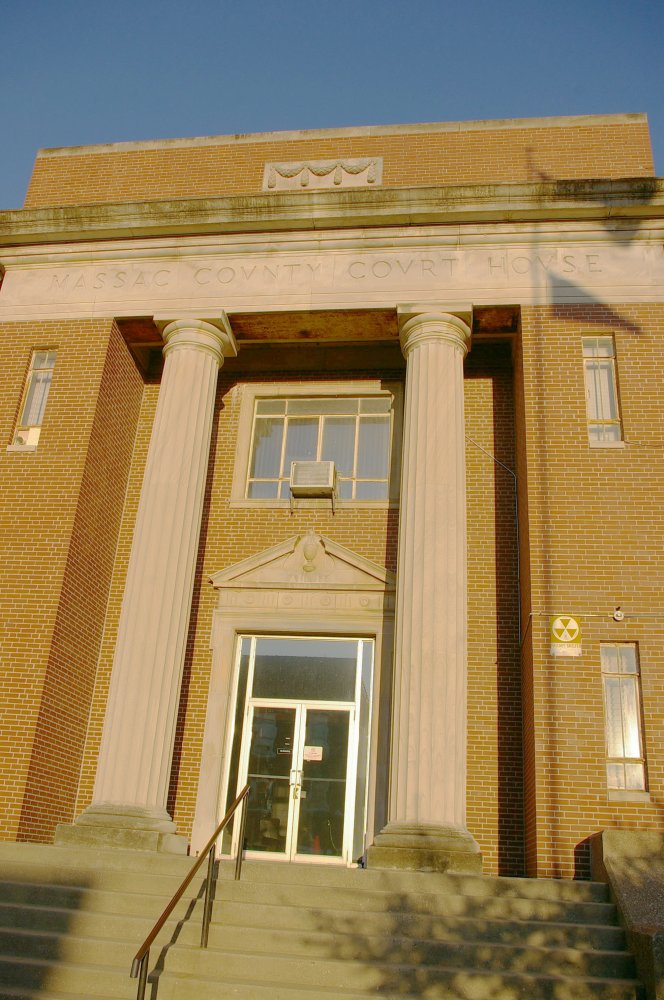 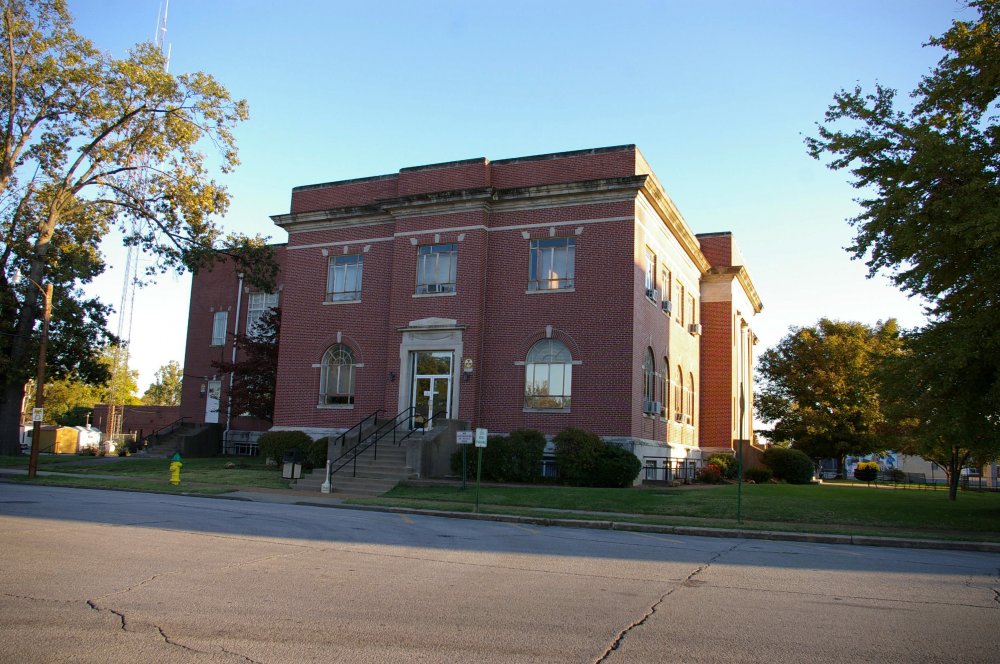 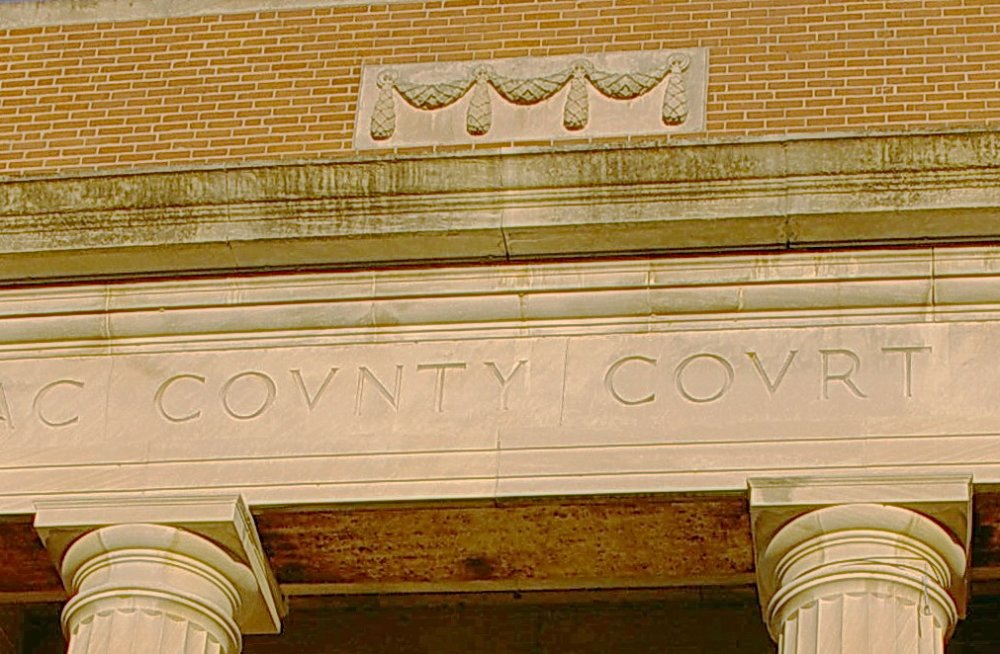 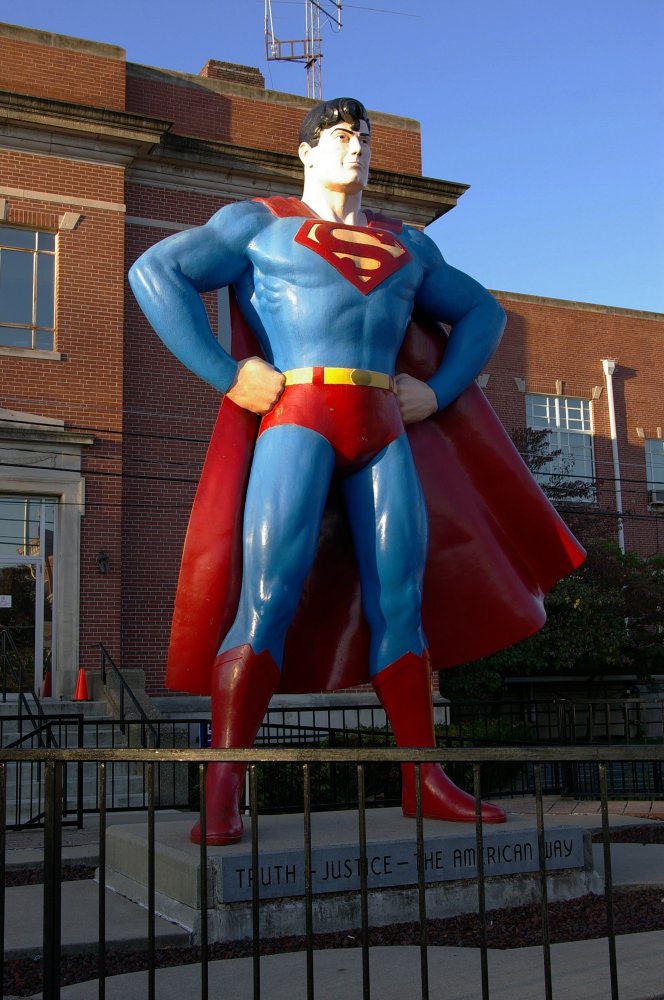