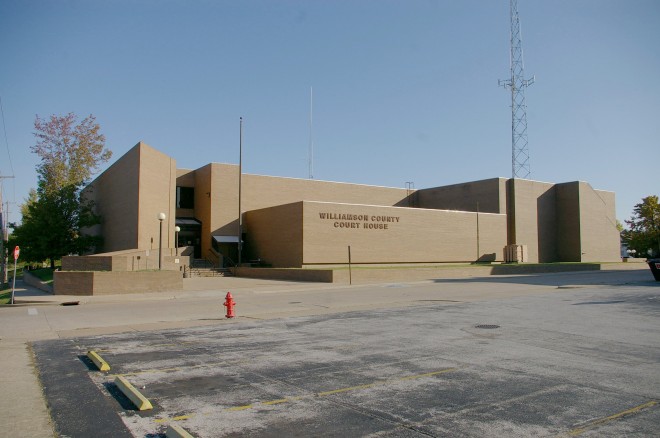 Description: The building faces south and is a three story light brown colored brick,  glass and concrete structure. The building is located on a slope with the full three stories on the north side of the building in the center of Marion. The entrance is at the west end of the south side and is recessed. A one story section extends south from the main building. The roof line is flat. An addition was added in 1984 and 1985. The architect was Lovelace and associates and the contractor was Ralph Korte of Union, Inc.

See:  The cupola from the 1888 courthouse is at the top of a red colored brick pillar in the town square. 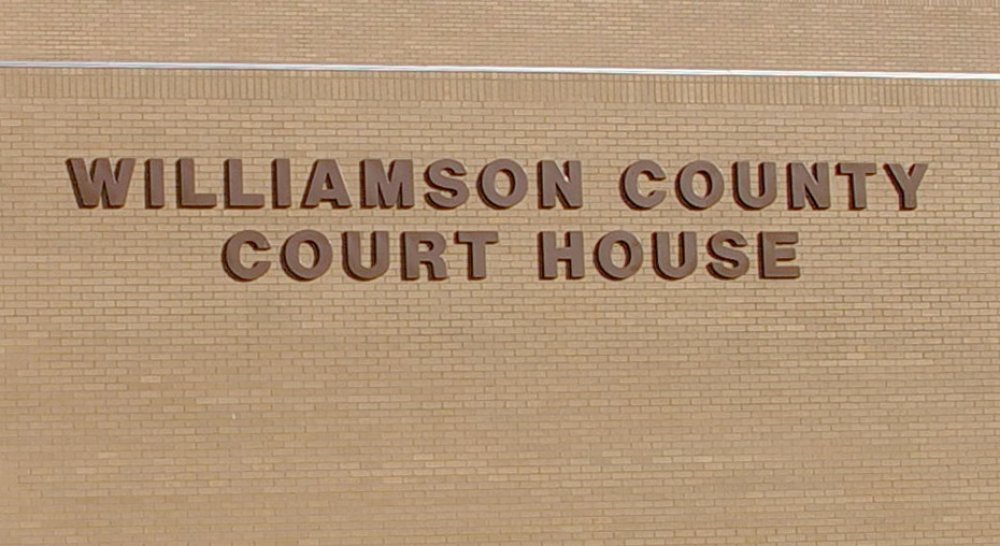 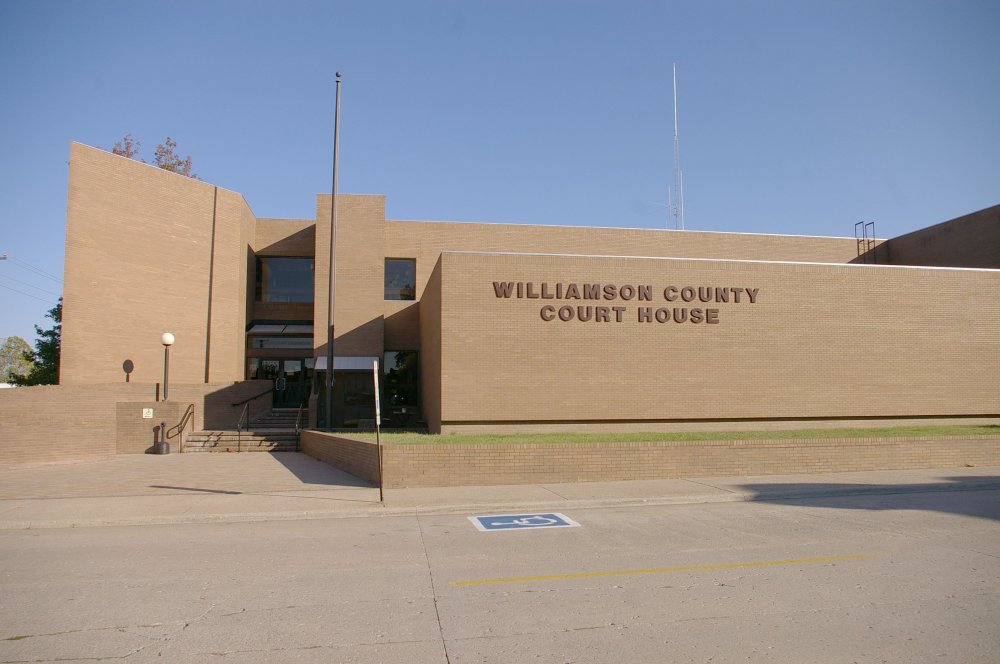 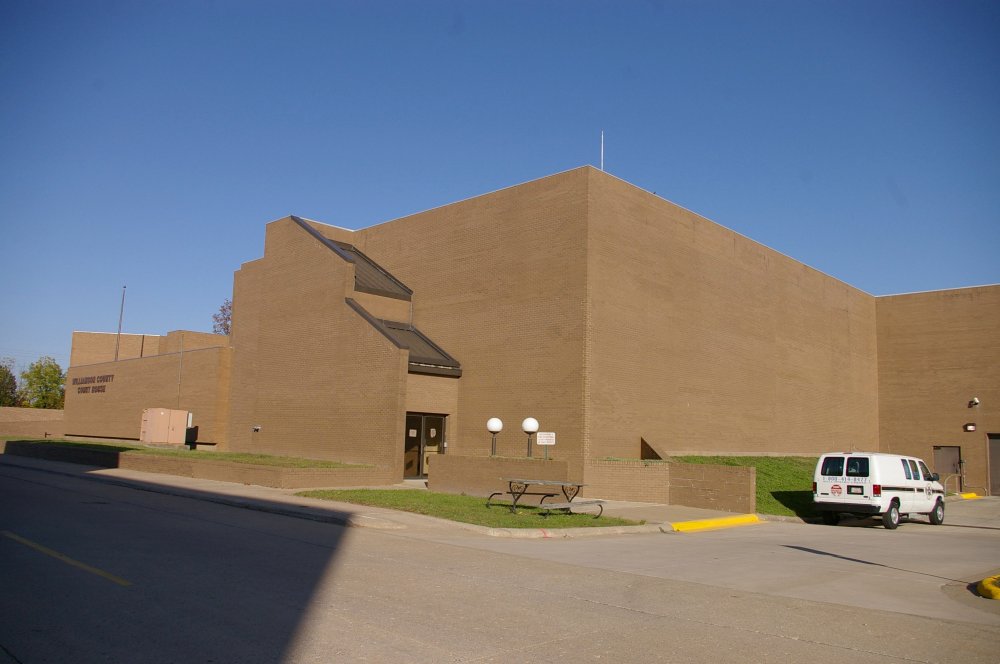 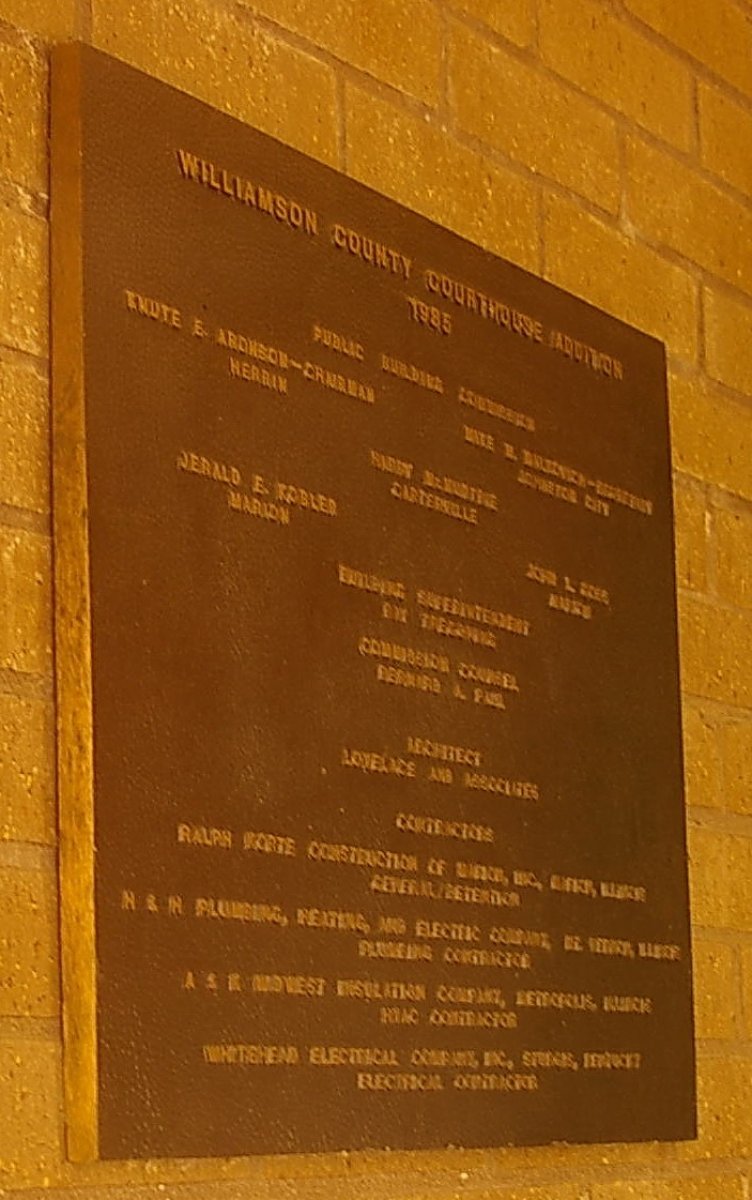 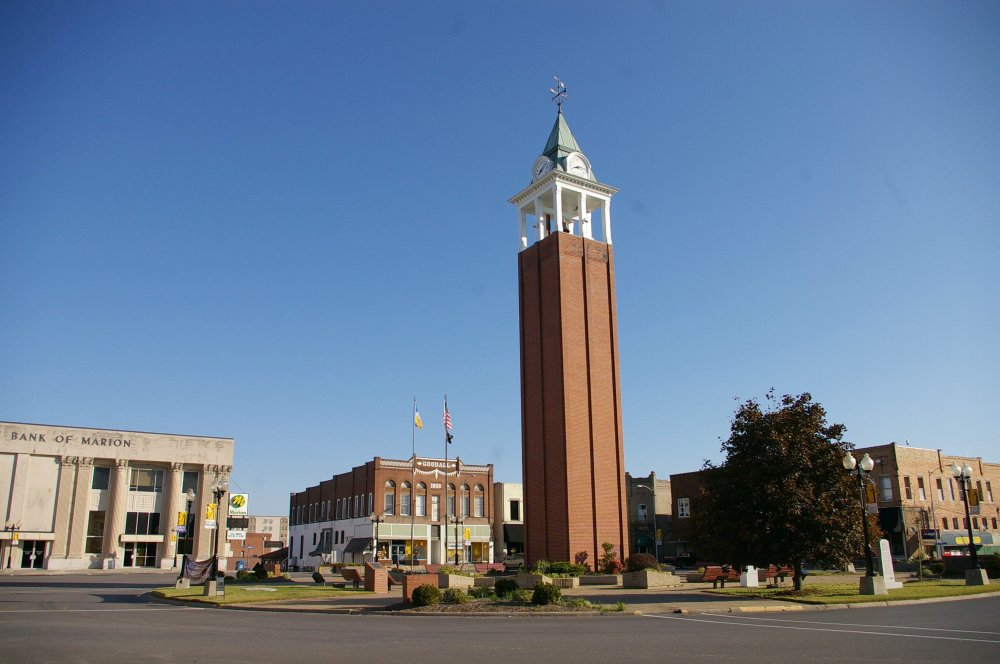