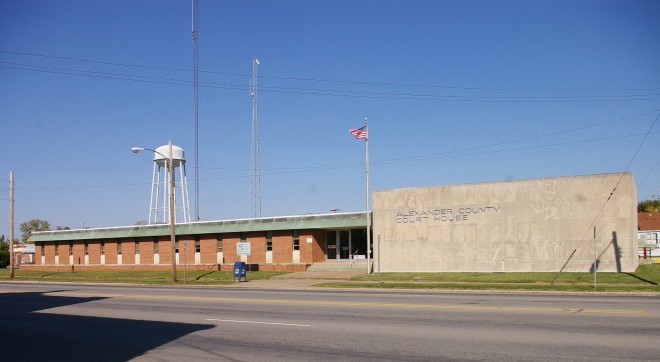 Alexander County is named for William Alexander, who was an early settler in the district and a State Representative. 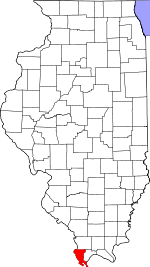 Description: The building faces west and is a one story brick, concrete, stone and glass structure. The building is located on landscaped grounds in the center of Cario. The north section is reddish-orange colored brick with light colored stone panels below the windows. The flat roof line has a wide greenish colored horizontal concrete band. The glass entrance is on the west side towards the south side with a higher light colored stone faced section on the southwest corner. 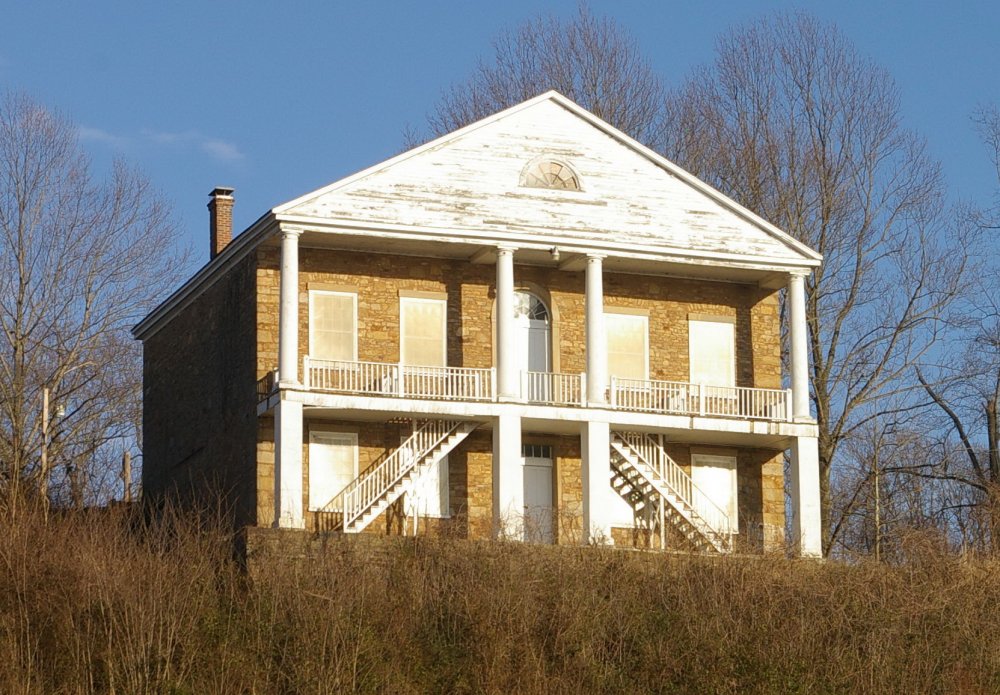 Architect:   H A Barkhauser of Unity

Contractor:   H A Barkhauser of Unity

Description: The building faces west and is a two story tan colored stone and wood structure. The building is located on the edge of a bluff overlooking the Mississippi River at Thebes. The hand-hewn stone building has walls of unhewn sandstone laid in mortar. Local timber was hewed for the floors and roof. The west front has a wide porch with balcony on the second story. On the east side, there is an entrance at the second story. The roof is hipped.

Note:  The lowest point in Illinois is the Misssissippi River at 279 feet ( 85 meters ) which is located in the county. 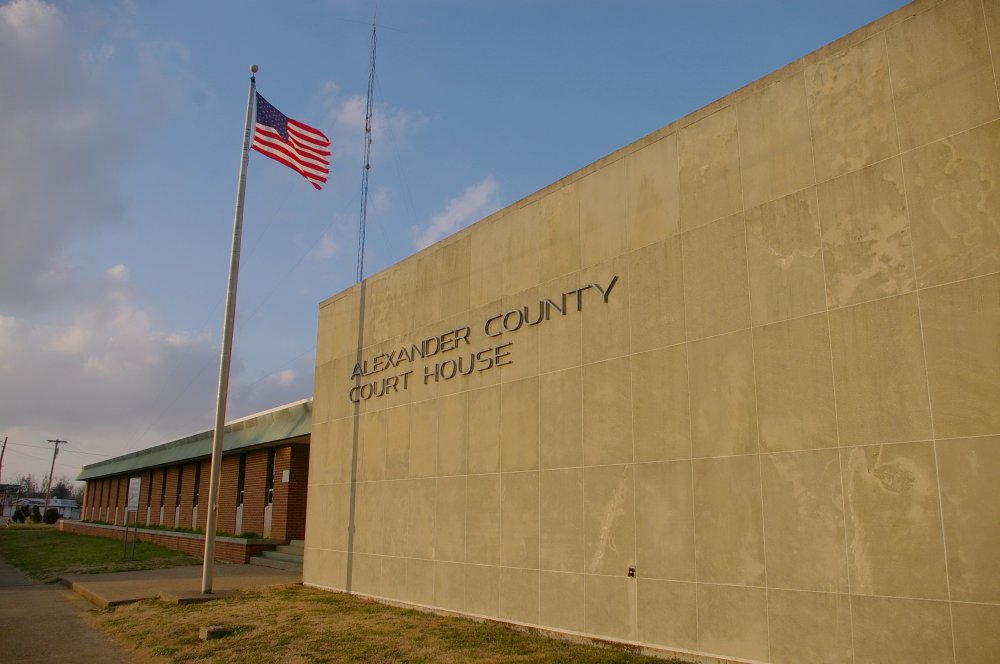 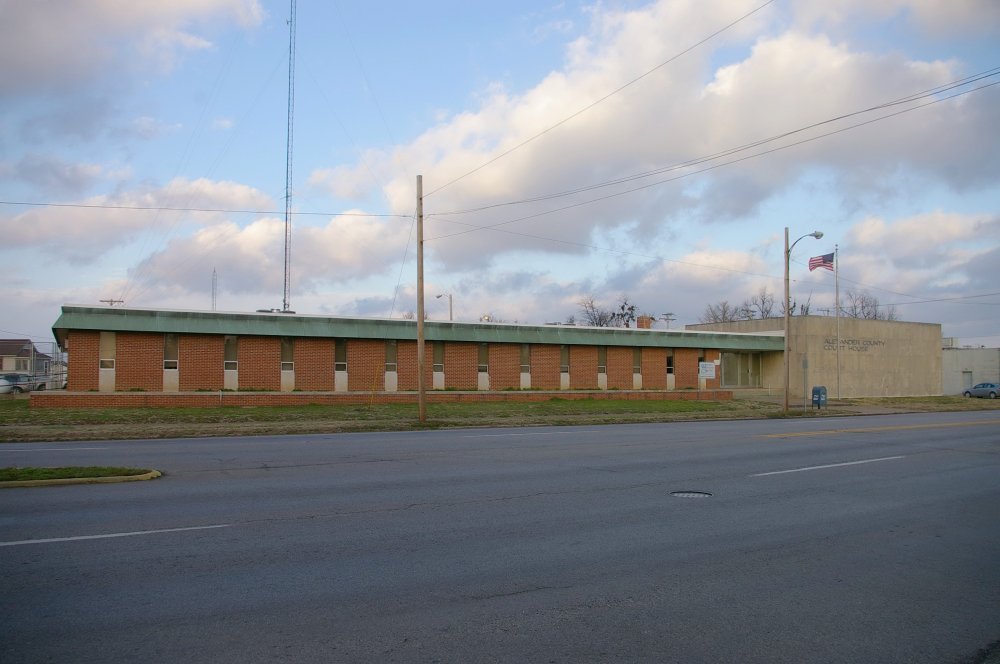 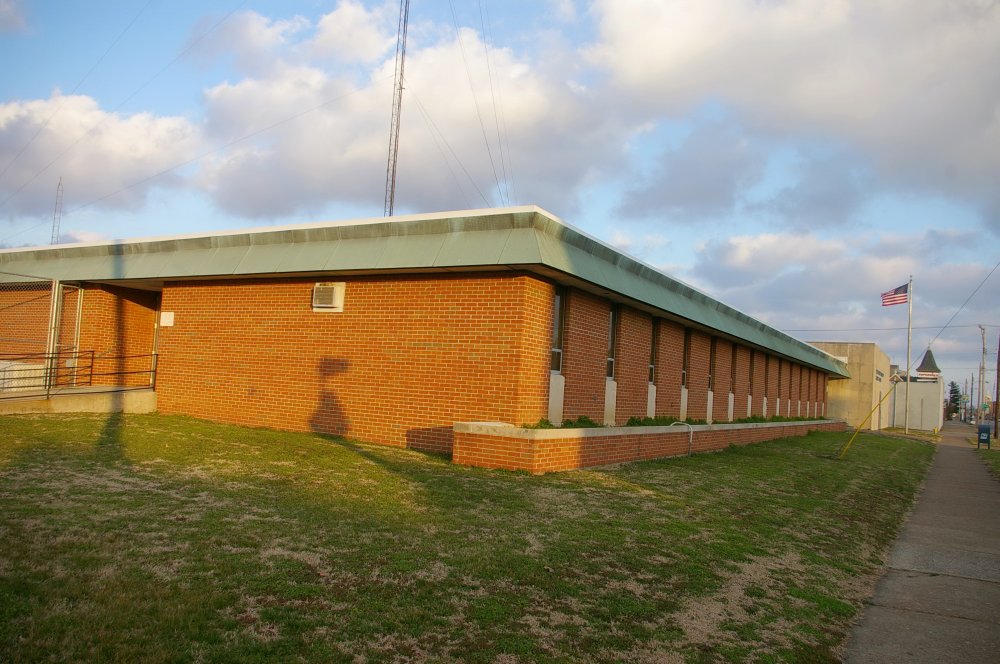 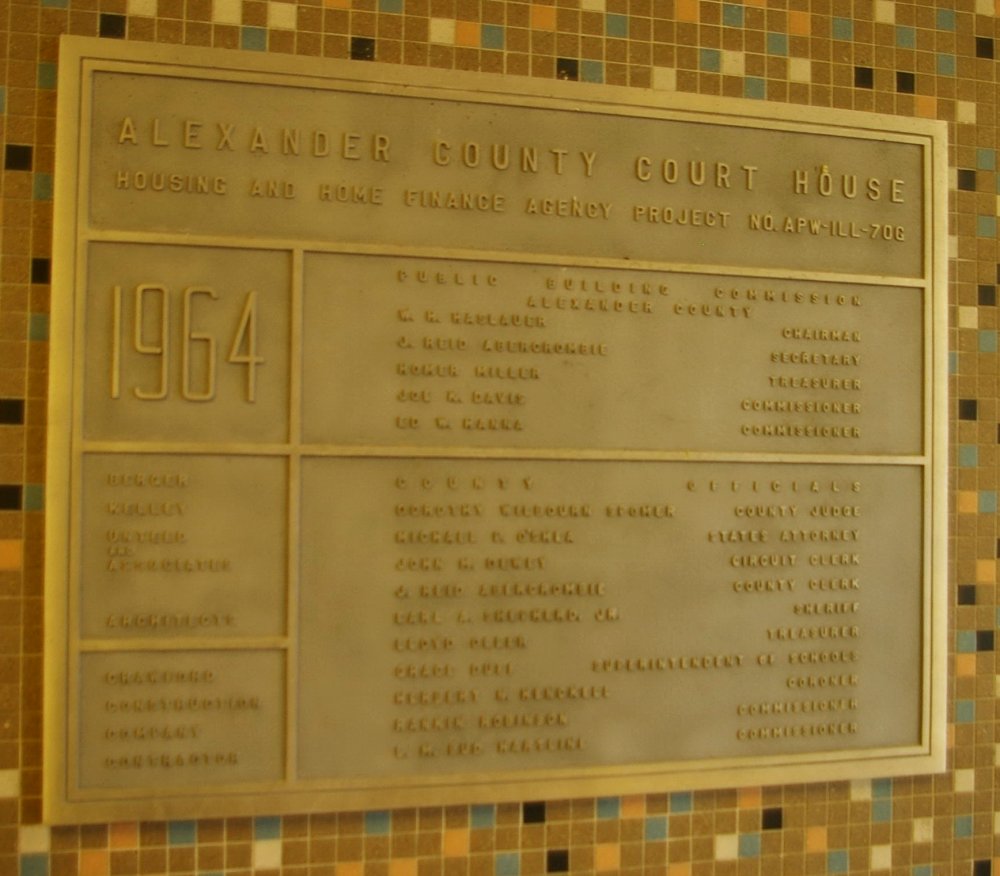 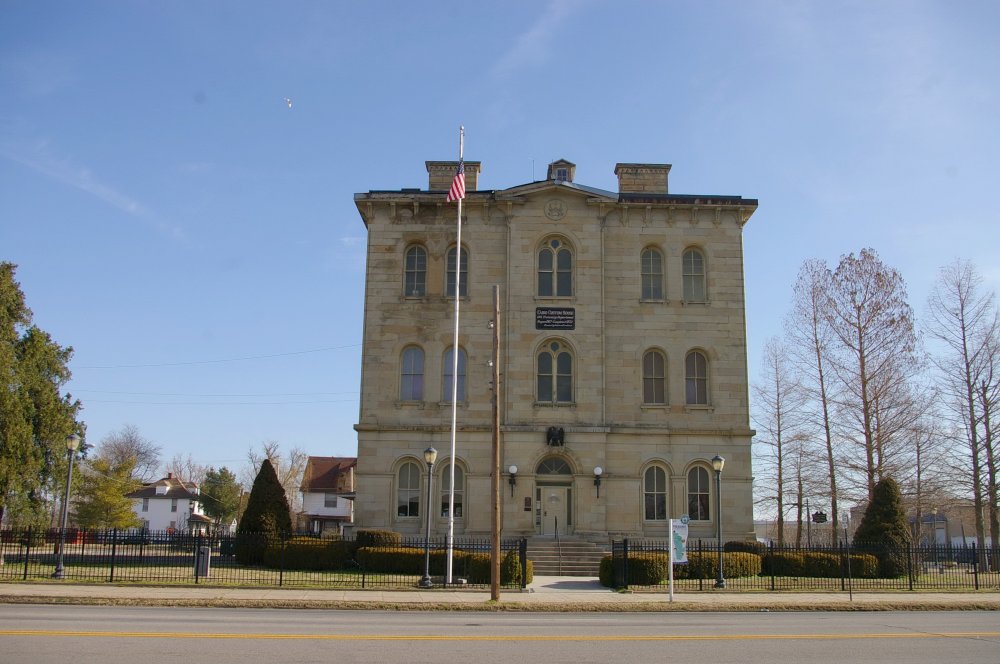 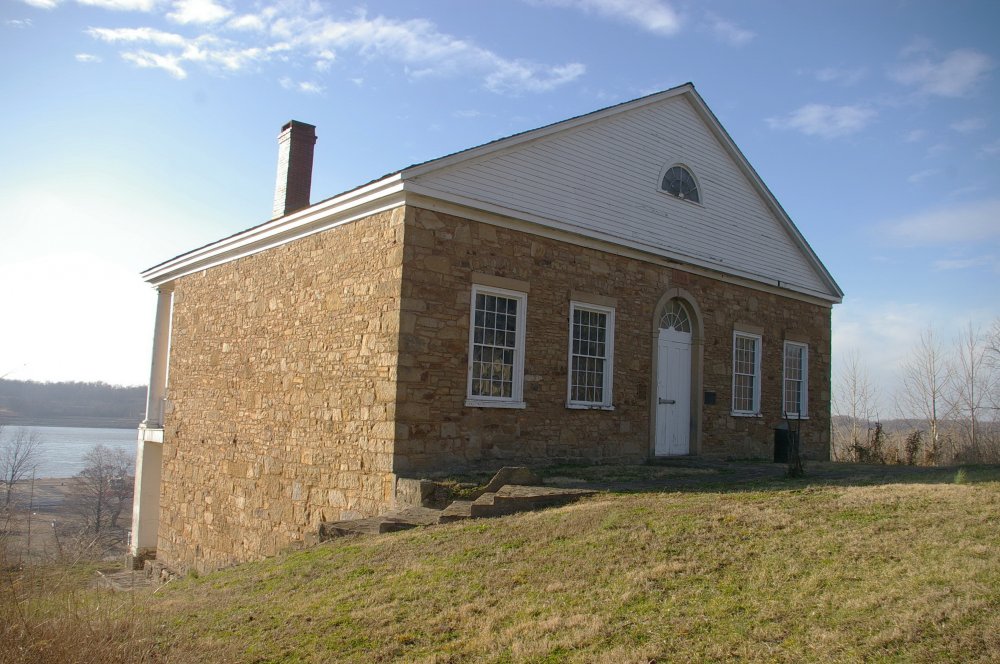 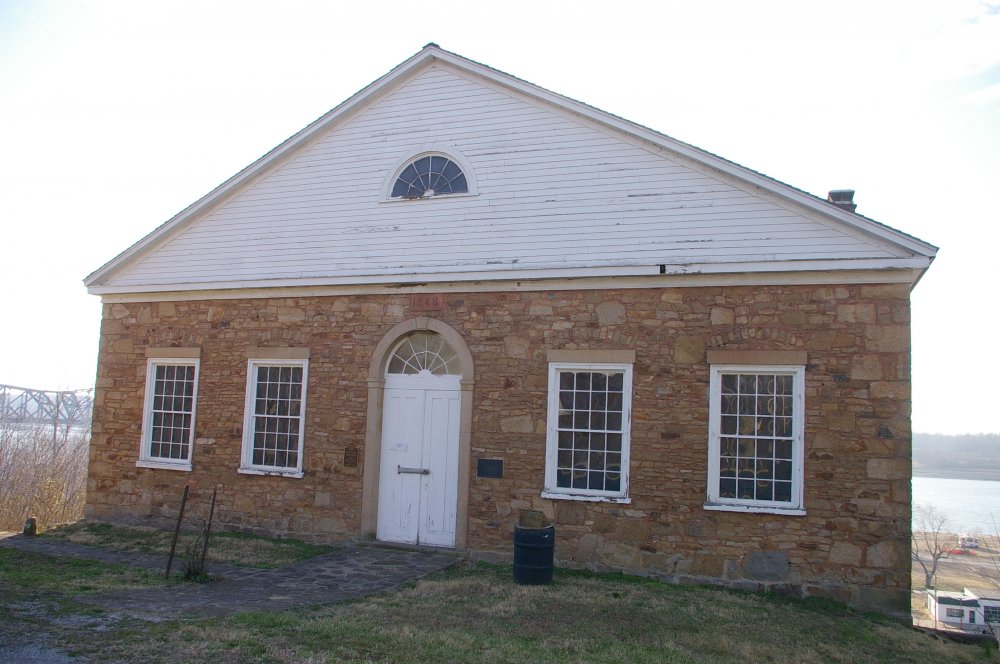 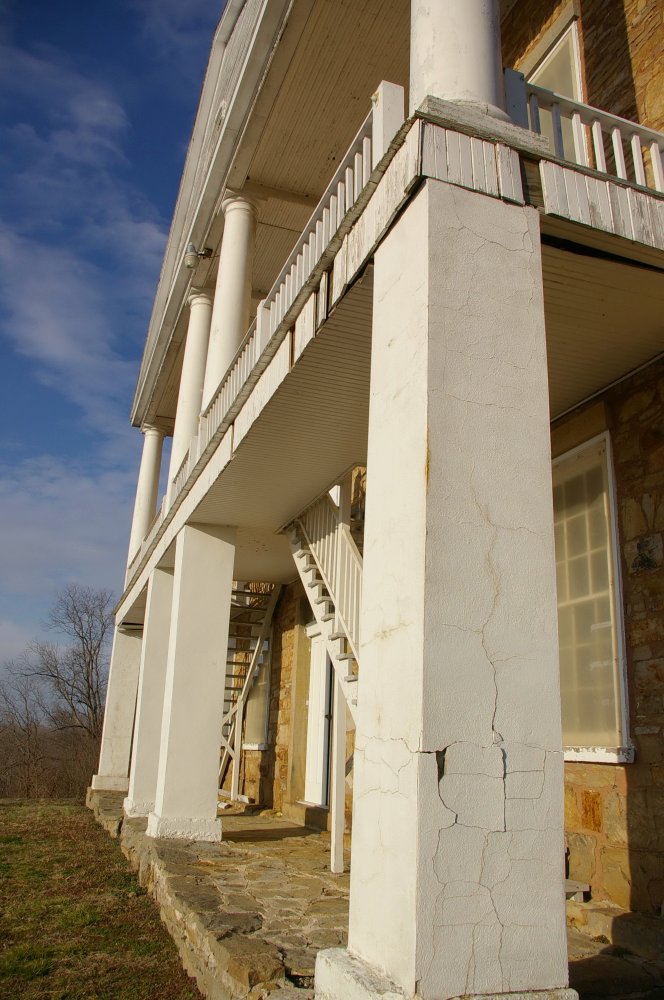 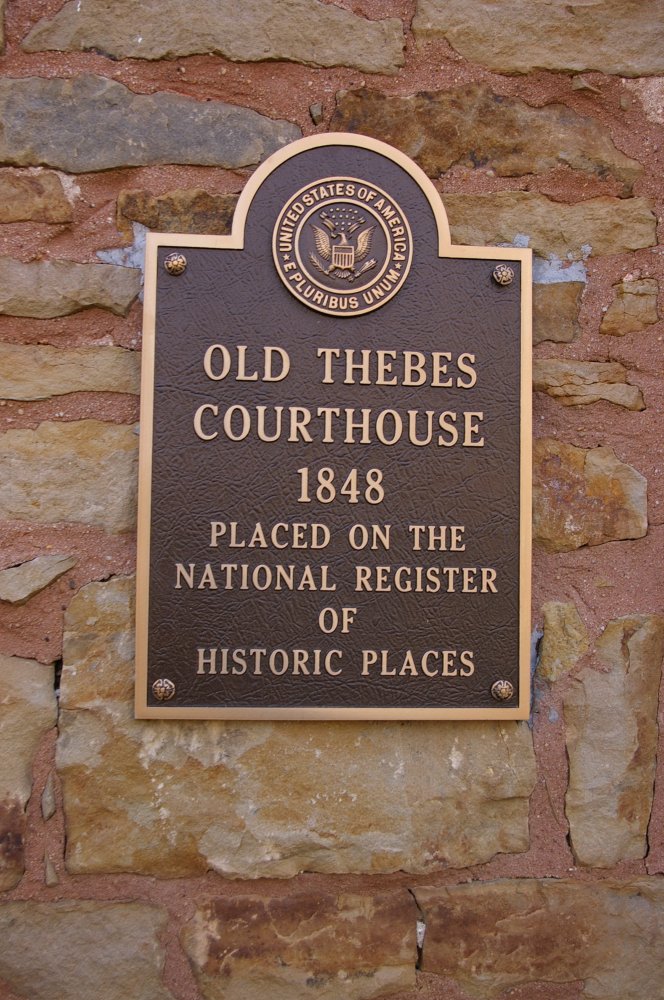 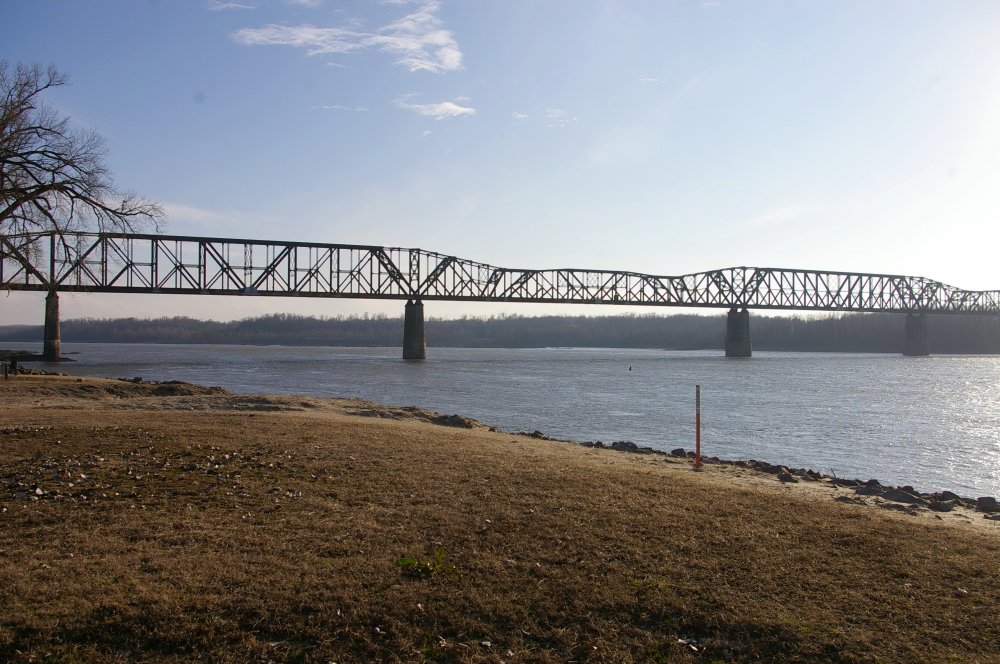