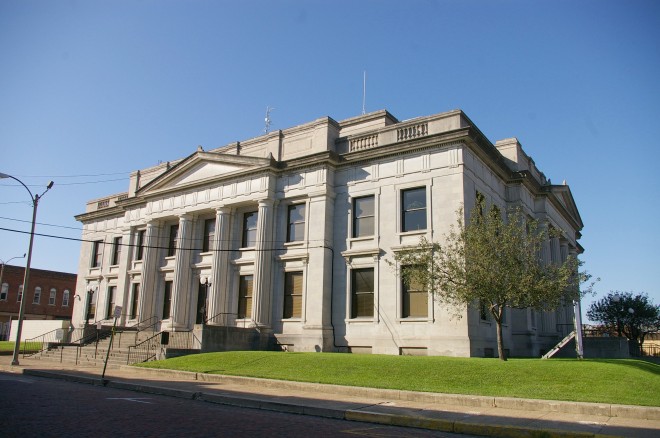 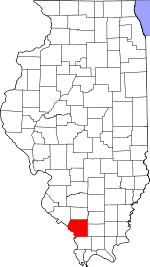 Description: The building faces east and is a two story reinforced concrete structure. The building is located on landscaped grounds of the Courthouse Square in the center of Murphysboro. On all sides are narrow porticos supported by four large columns with pediment at the roof. Lamp standards sit on each side of the wide stone steps on each side of the building. Along the roof is a concrete balustrade. In the interior, the corridor wainscoting is marble as are the rotunda walls. Winding circular stairwells are on the east and west sides of the atrium. The courtrooms and judge offices reside on the second story. The second story has a square gallery looking down on the first story. There is a gallery open to the skylight from the first story. The gallery banister is oak and the balustrades are electroplated bronze and iron. The ceiling and skylight contain coffers with dentils and crown moldings. They are painted in a contrasting palette to illuminate the details. The original marble wainscoting and terrazzo floor remain throughout the gallery. All of the doorways are in their original locations. The original columns and recessed ceilings remain inside the courtrooms and the ceilings and walls maintain the original embellishments. 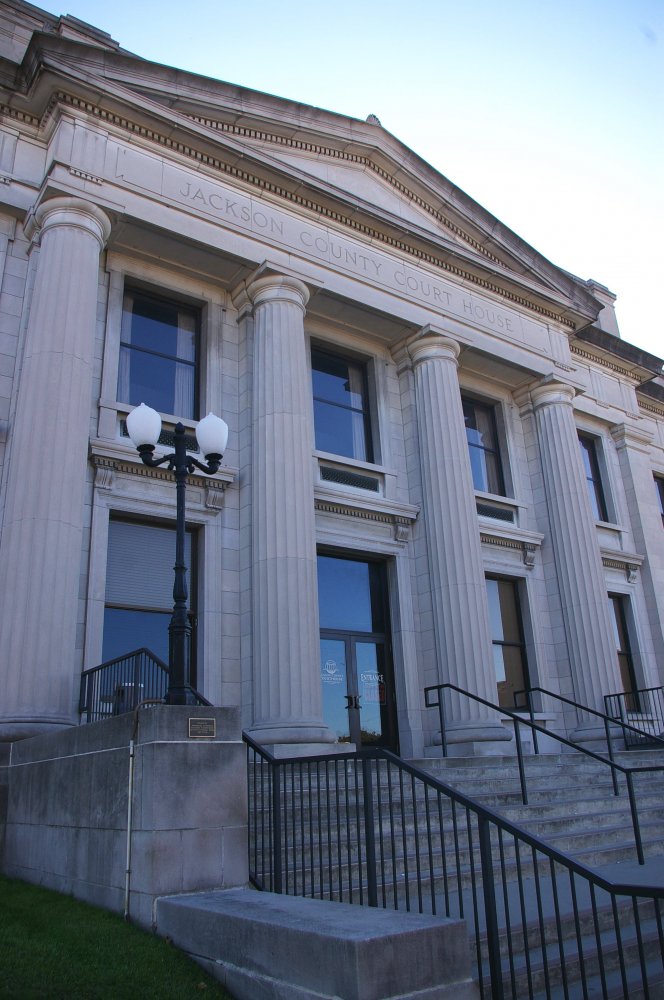 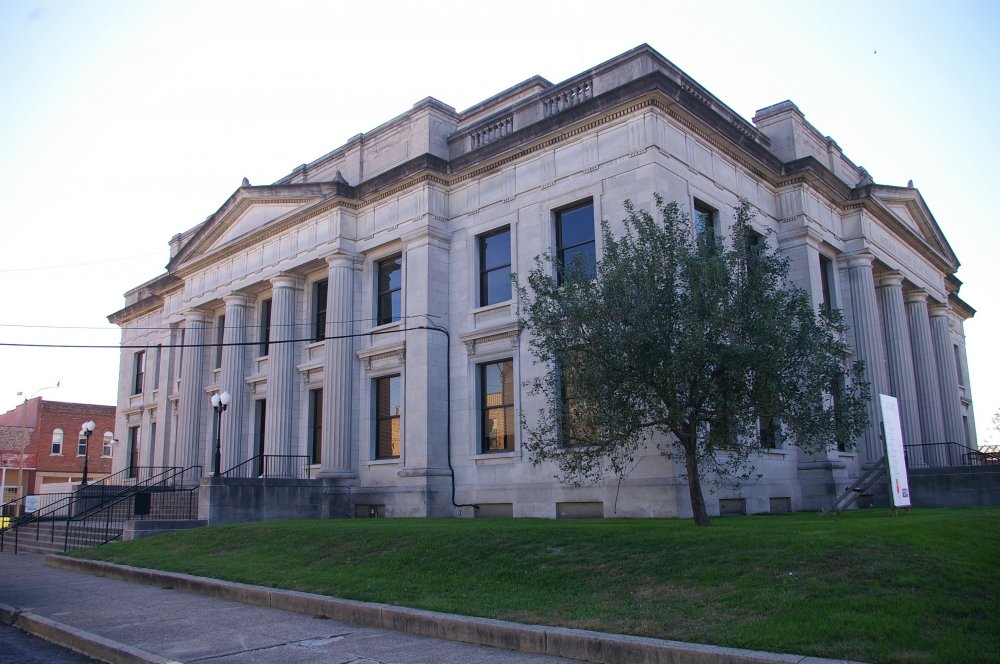 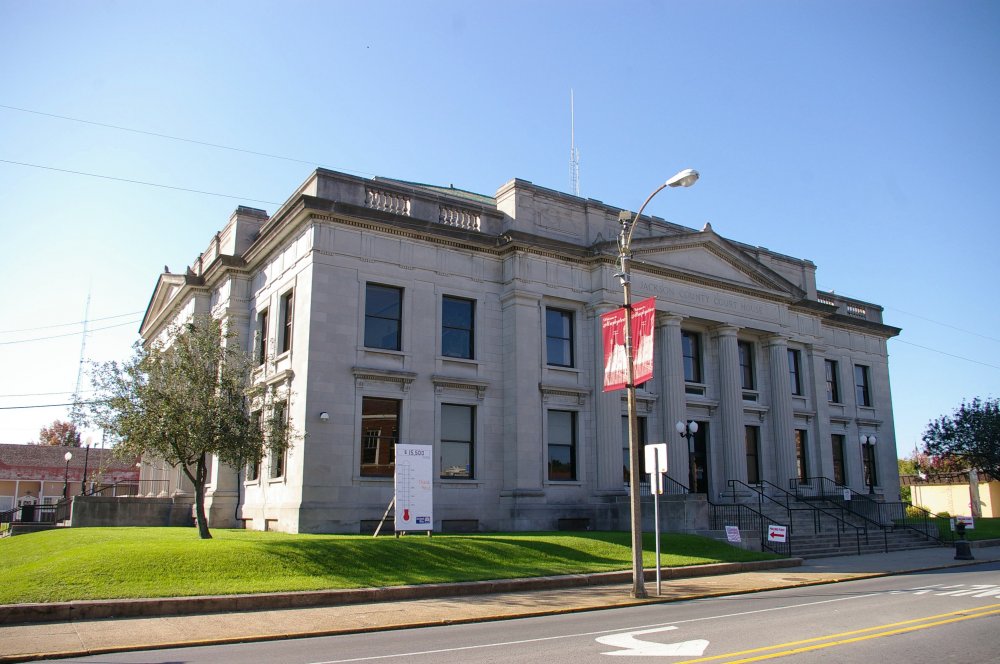 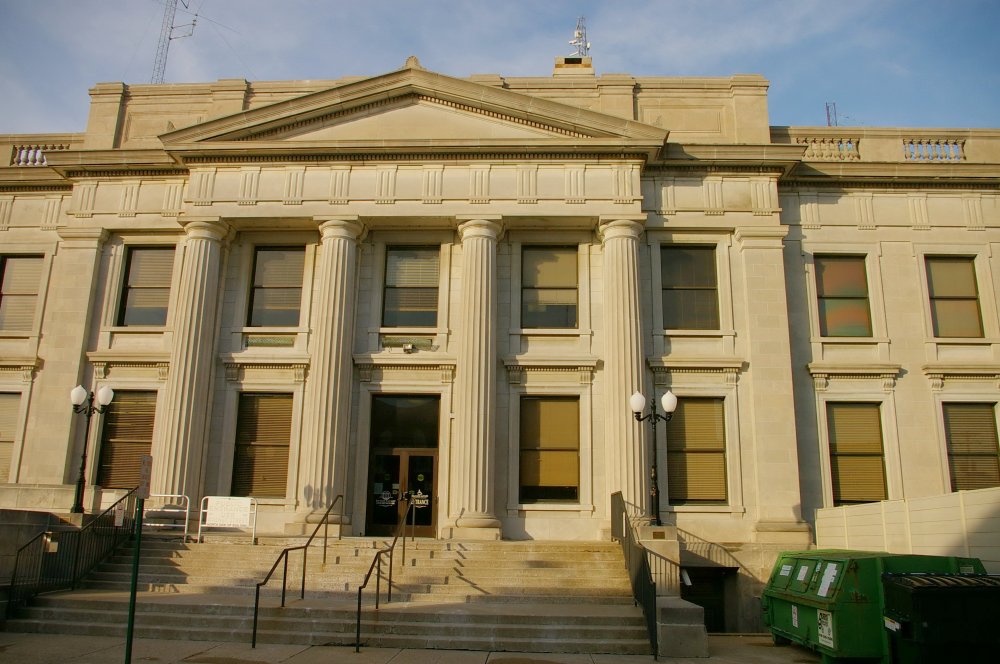 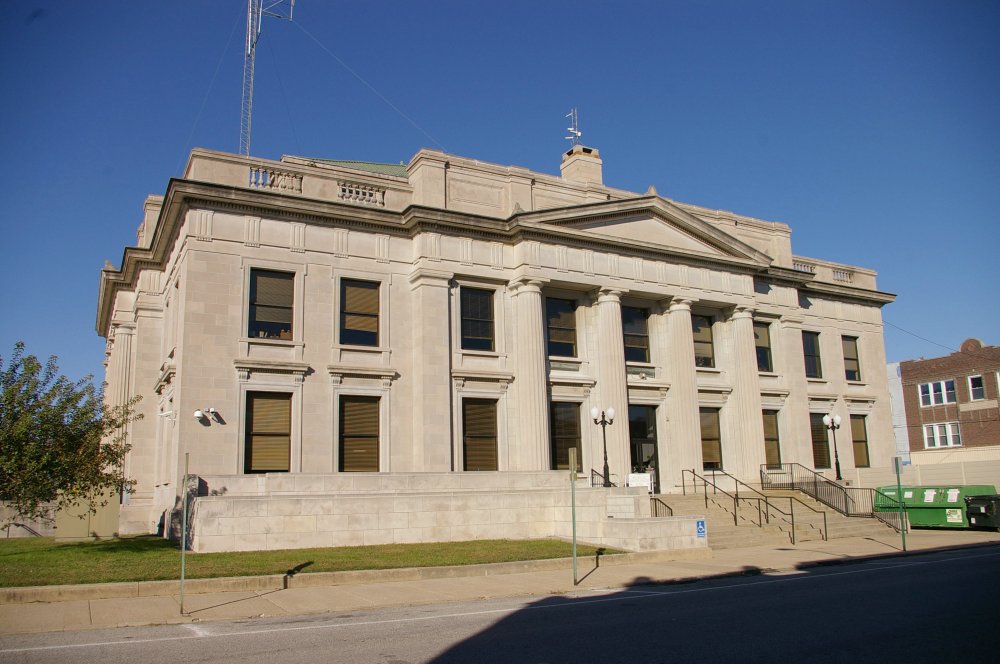 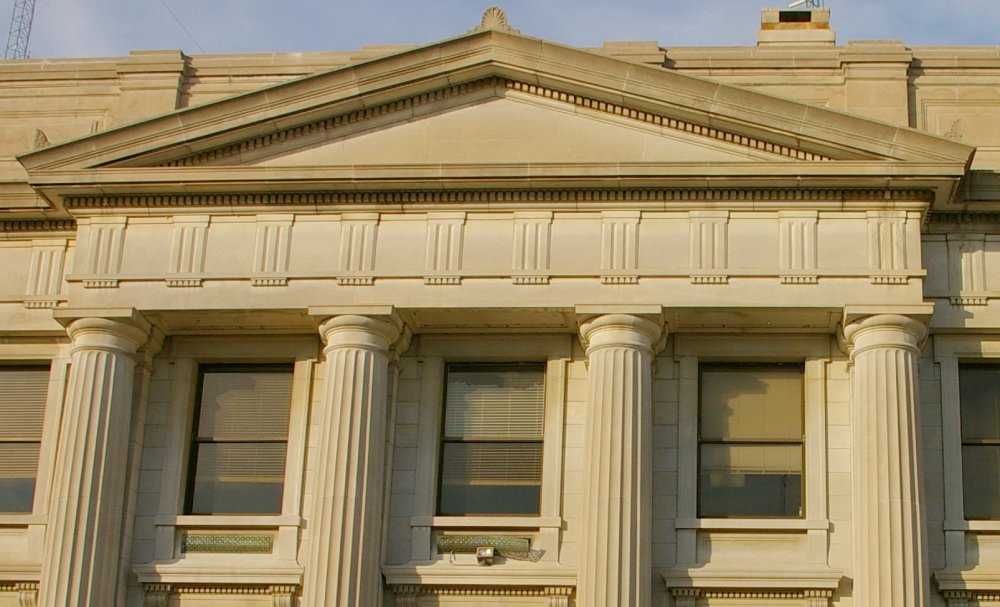 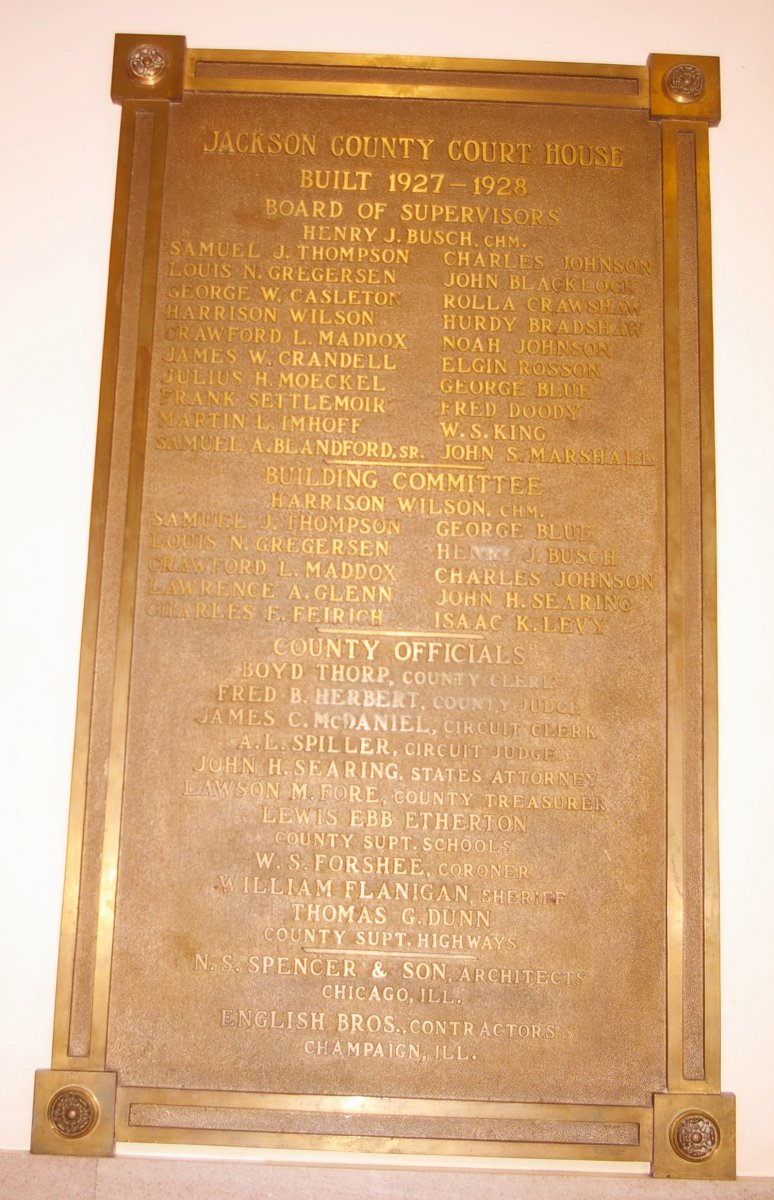 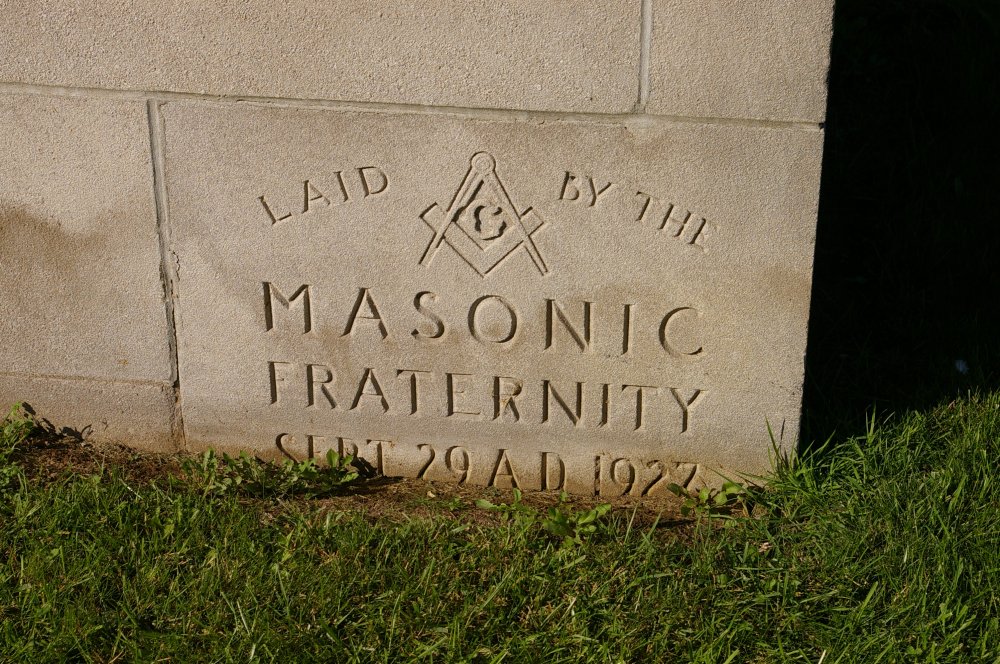