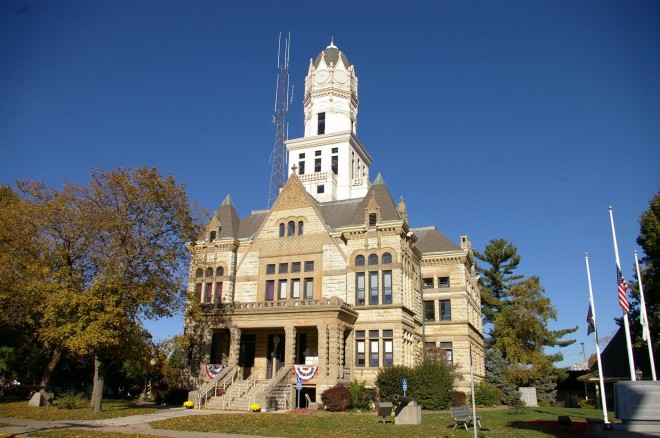 Jersey County is named for the State of New Jersey, which derives its name from the Isle of Jersey in Great Britain. 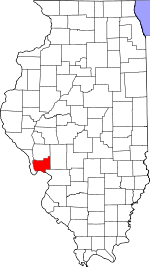 Description: The building faces south and is a three story buff colored Grafton limestone and beige colored stonestructure. The building is located on landscaped grounds in the center of Jerseyville. The south front has a beige stone portico on the first story. On the second story are a series of long vertical windows surrounded with beige colored stone. There are floral carvings at the gables. The roof forms a steep peak at the front and on the east and west are pavilions with steep peaked roofs. In the center of the building, a tall square white colored tower rises with an octagonal tower on top with steep roof. In the interior, the first story corridor runs north-south with a three story octagonal rotunda under the tower. There are stained glass windows, metal pressed ceilings and red and beige colored marble floors. The courtroom occupies the north part of the second story. The building houses the County Circuit Court of the 7th Judicial Circuit. 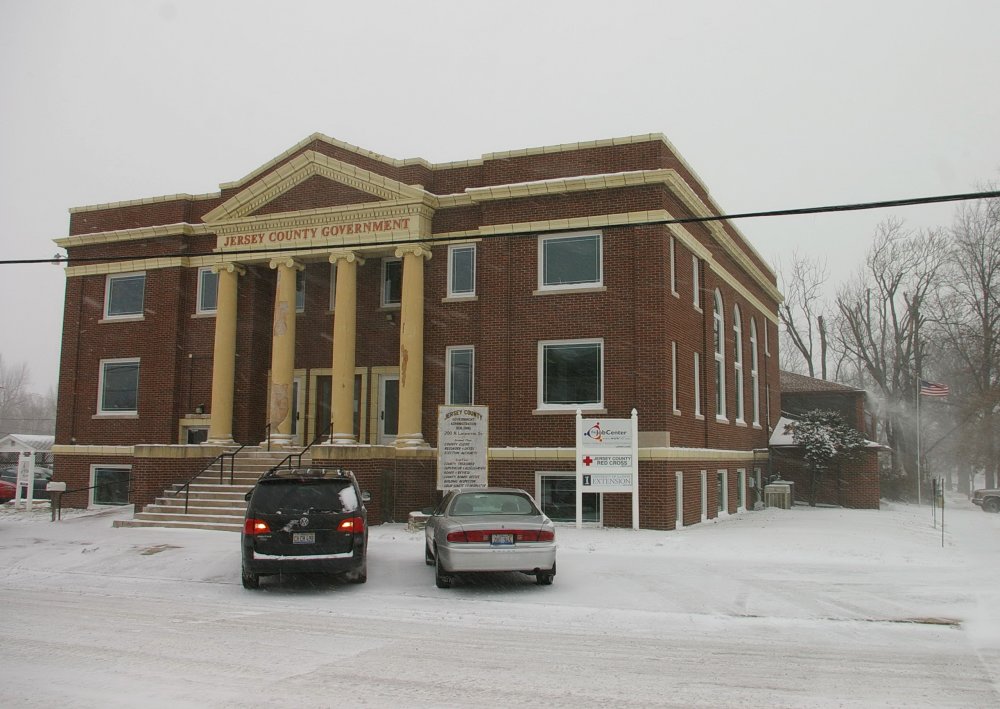 Description: The building faces south and is a two story red colored brick and concrete structure. The building is located on landscaped grounds in the center of Jerseyville to the northwest of the courthouse. The south front has a portico with four columns rising to a pediment at the roof line. Narrow horizontal belts divide the basement level and run above the second story windows. The roof line is flat. The building was originally constructed for use as a Methodist Church.  A modern addition was constructed on the north side of the existing building. 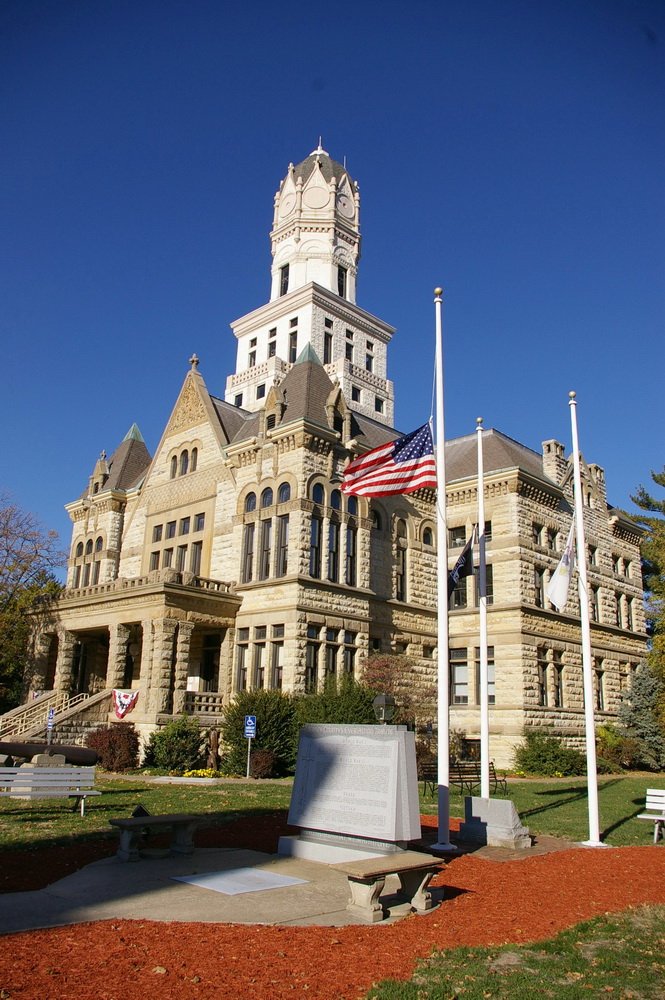 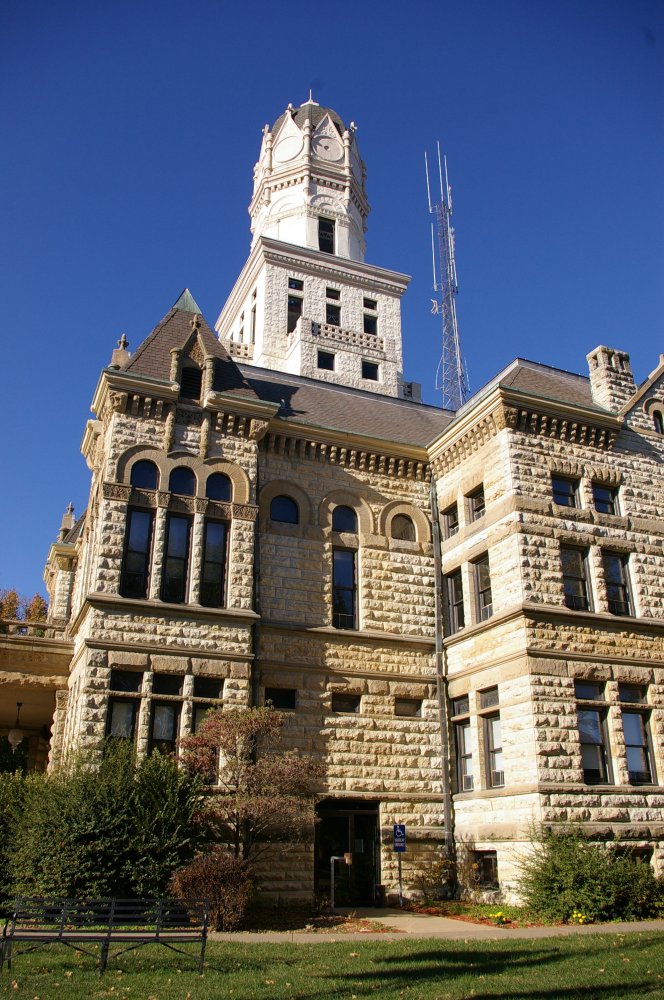 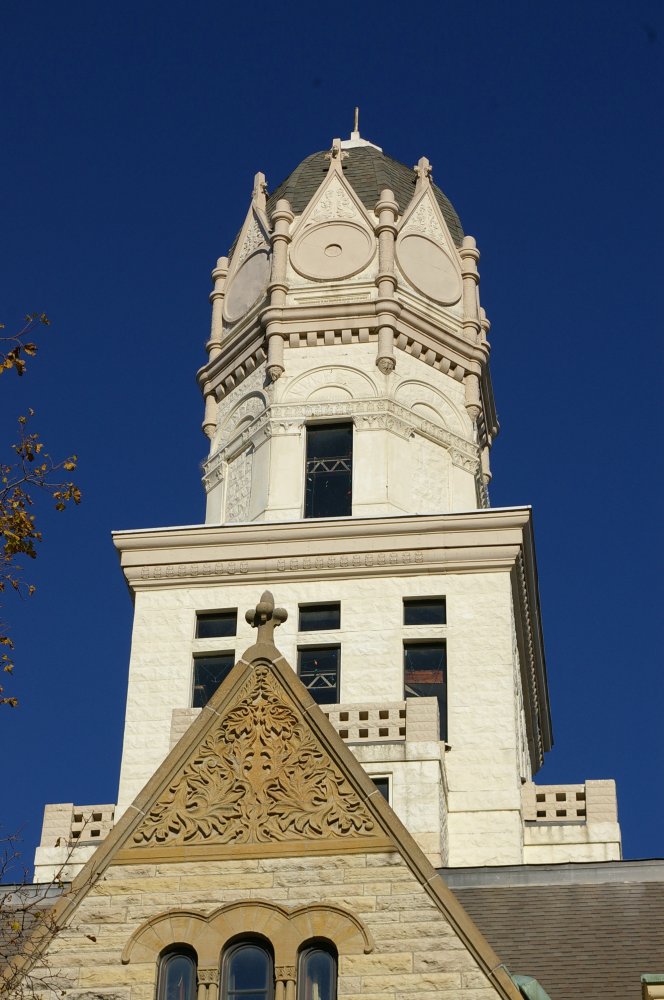 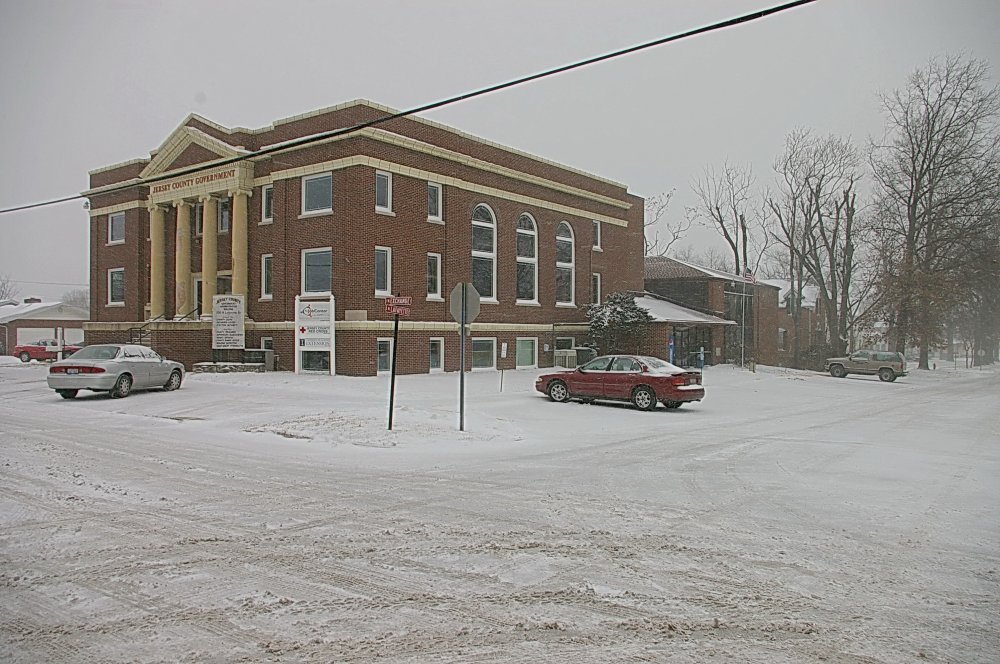