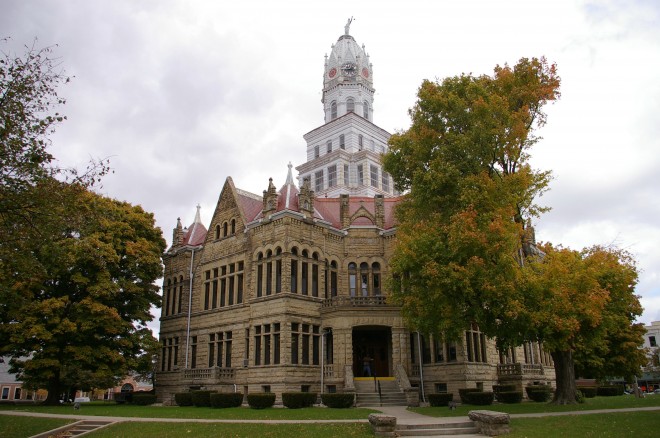 Edgar County is named for John Edgar, who was a pioneer merchant, politician and a land speculator.

Description: The building faces south and is a two story yellow colored rough sandstone structure. The building is located on landscaped grounds in the center of Paris. The building is an octagonal shape. The entrances are at the corners of the building and have one story stone porticos with balcony above. The dormers are medieval in character. On the center of the roof is large square white colored wedding cake style tower rising in tiers to an octagonal cupola with clock, white colored dome and a statue of Justice at the top. The hipped roof is red colored slate. The interior has marble floors. The first story has a courtroom and the second story has a courtroom and four large murals. The building houses the County Circuit Court of the 5th Judicial Circuit. The architect was Henry Elliott and the contractor was Hibbert Brothers. 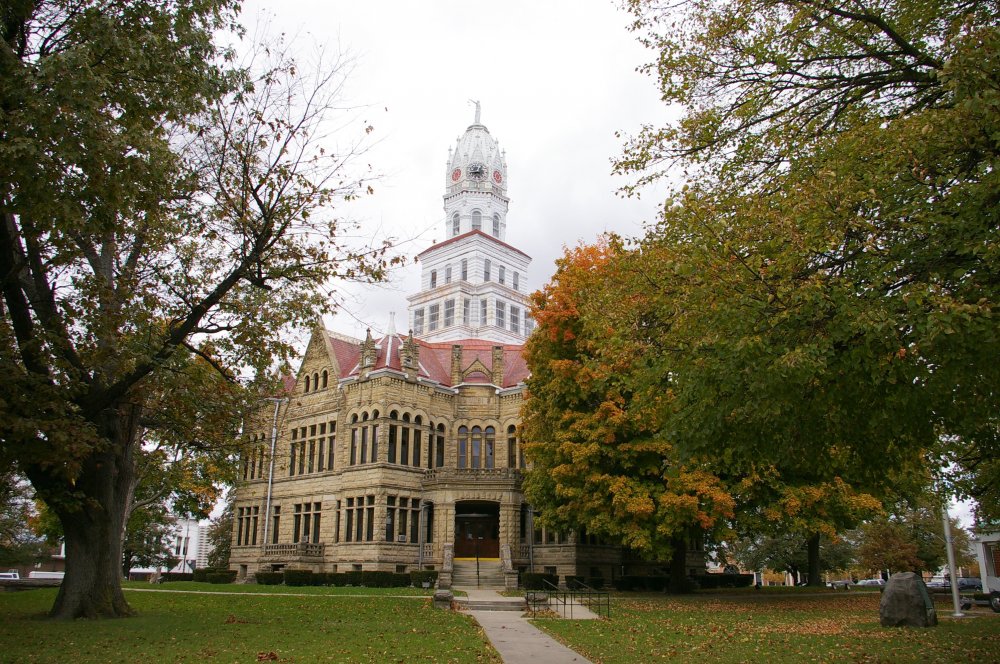 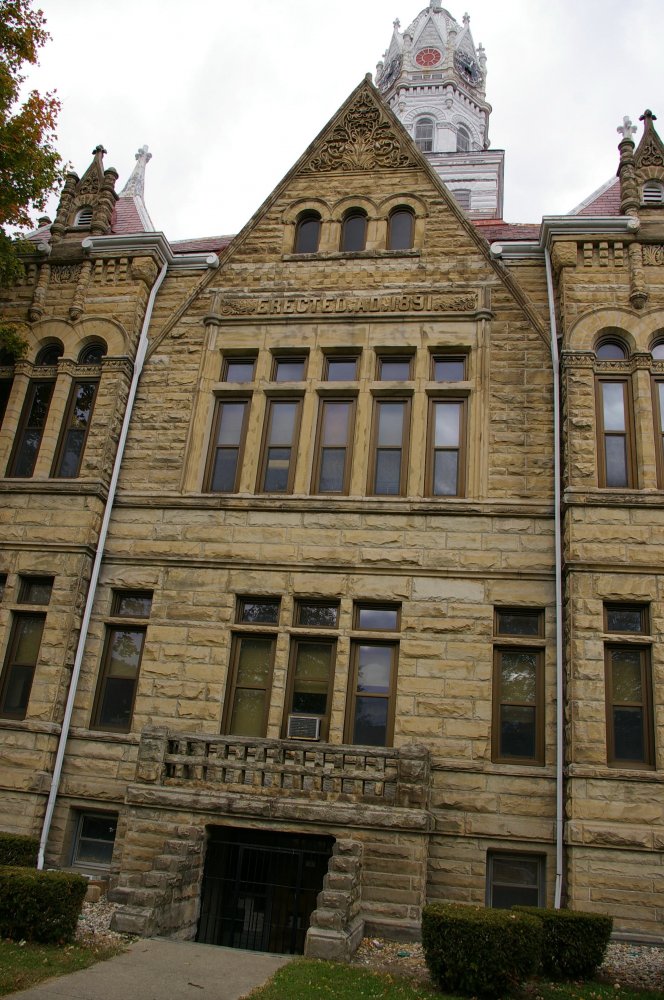 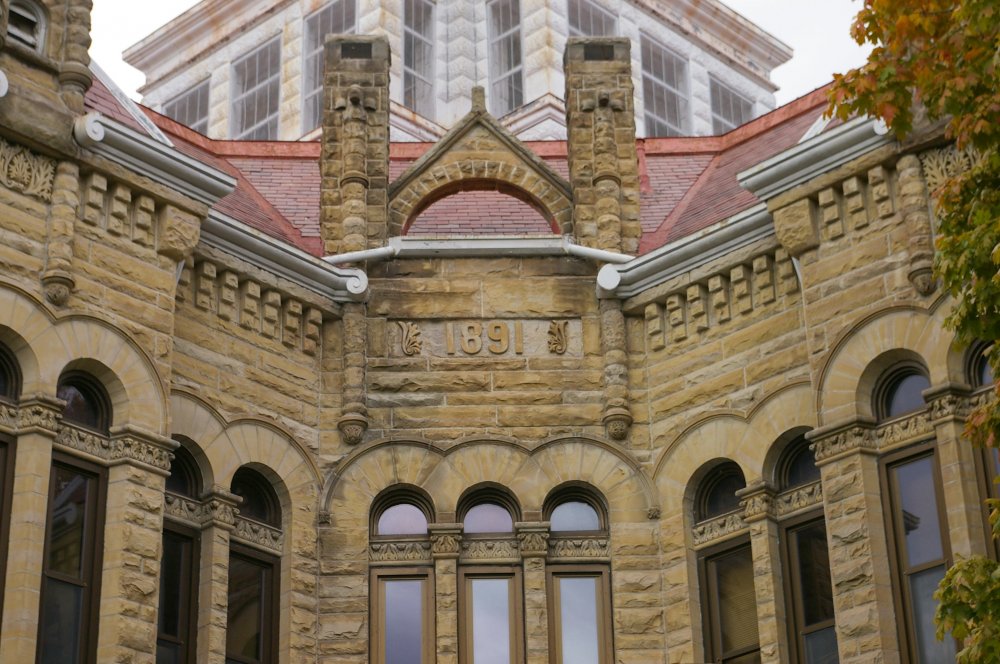 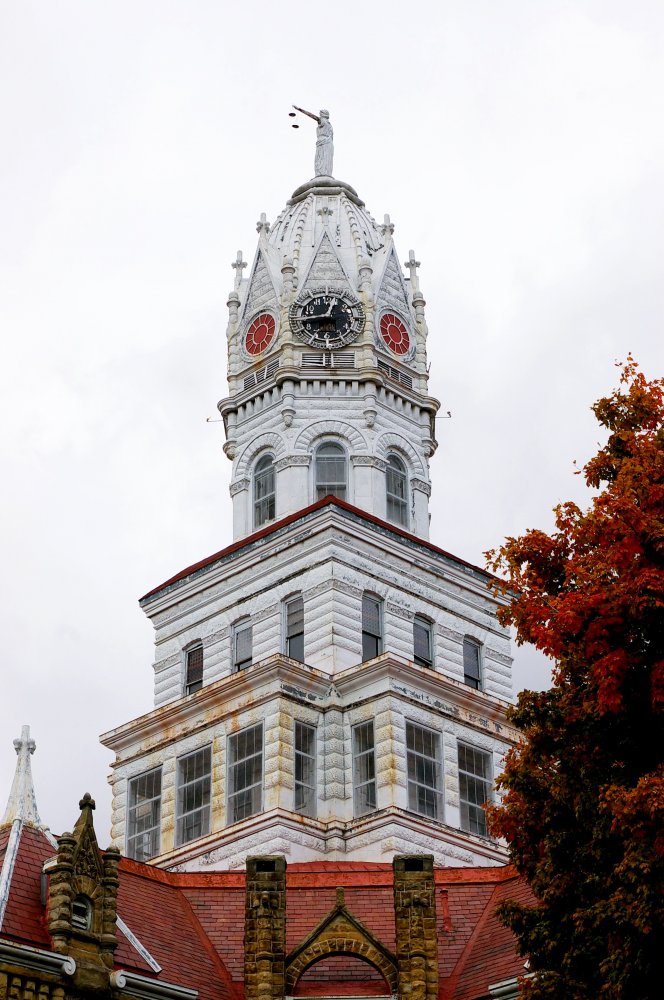 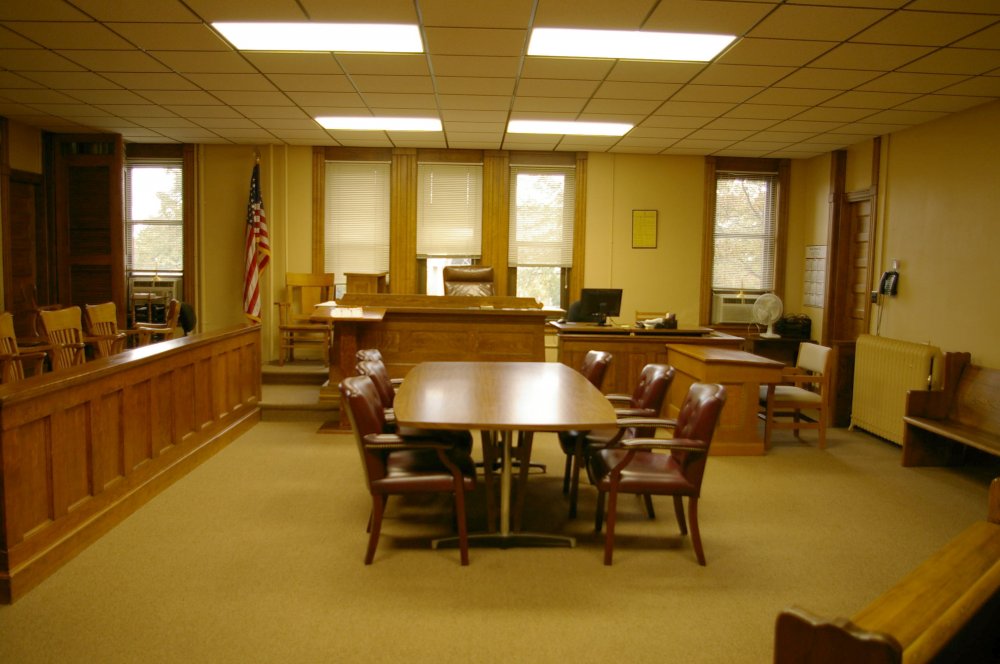 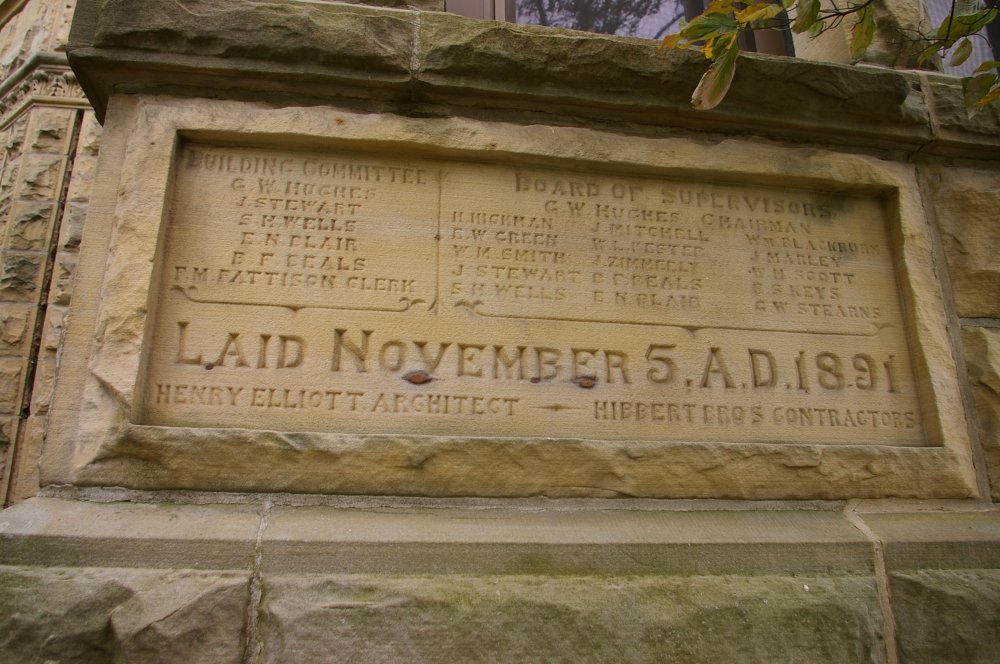 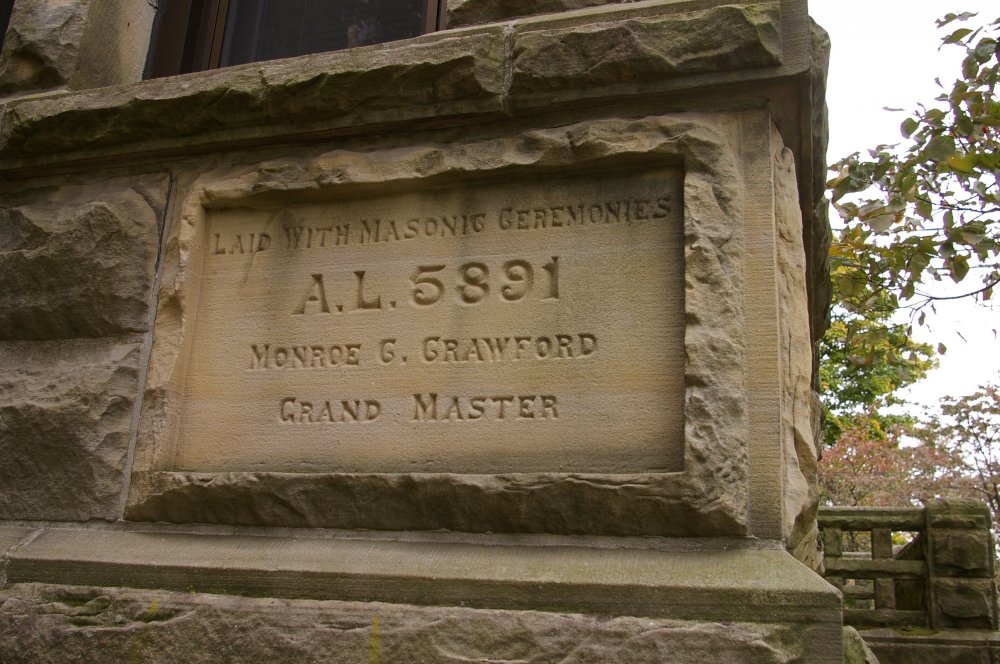