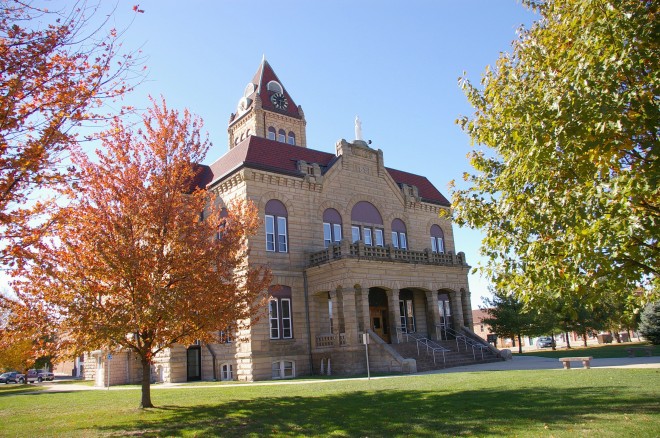 Greene County is named for Nathaniel Greene, who was a general and the commander in the southern colonies during the American Revolutionary War.

Description: The building faces North and is a two story rough buff colored stone structure. The building is located on spacious landscaped grounds in the center of Carrollton. The north front has a one story rough stone portico supported by four square pillars. Above the portico is a railed balcony with large arched window flanked on either side by smaller arched windows. The roof line rises with a white colored statue of a woman. In the building center is a high stone tower with steep roof and clock. The roof is mansard. In the interior, the floors are white colored marble, slate and Roman mosaic tile. Most of the wood is oak. The courtroom is located on the second story and has a large chandelier. The building houses the County Circuit Court of the 7th Judicial Circuit. 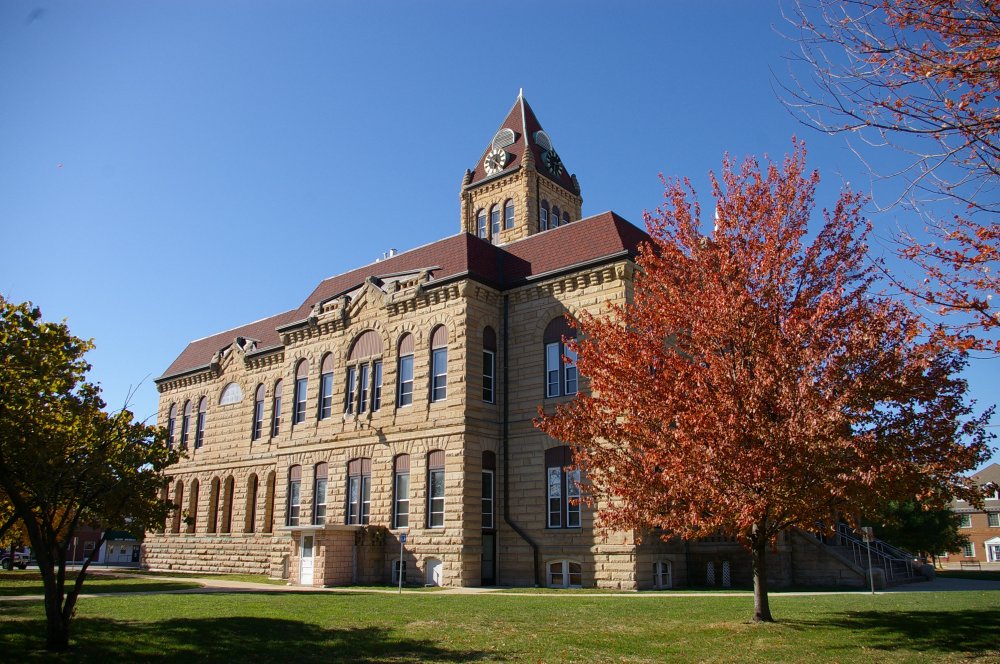 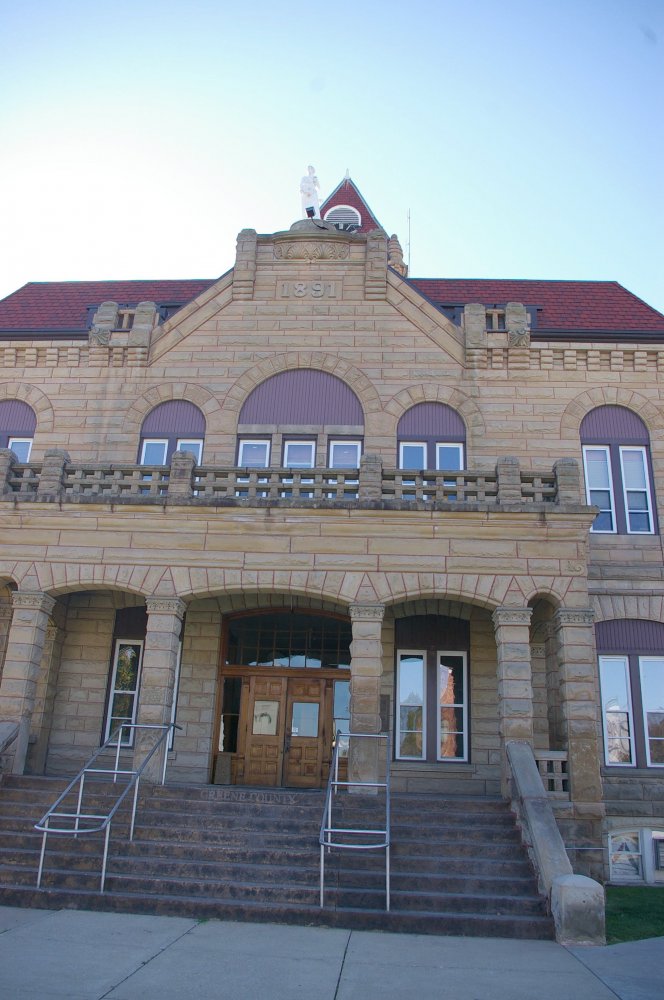 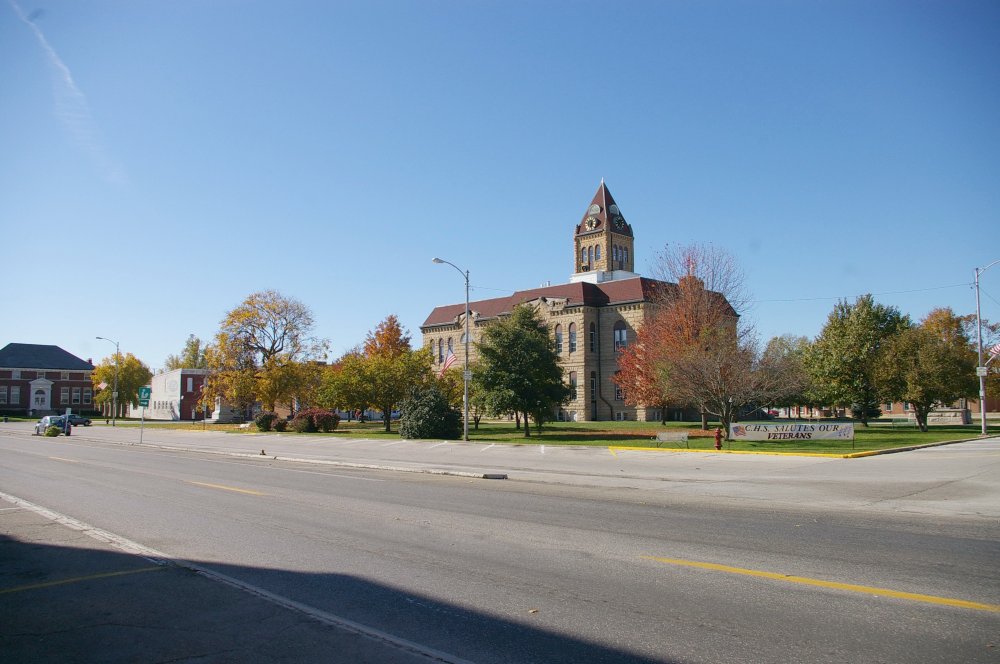 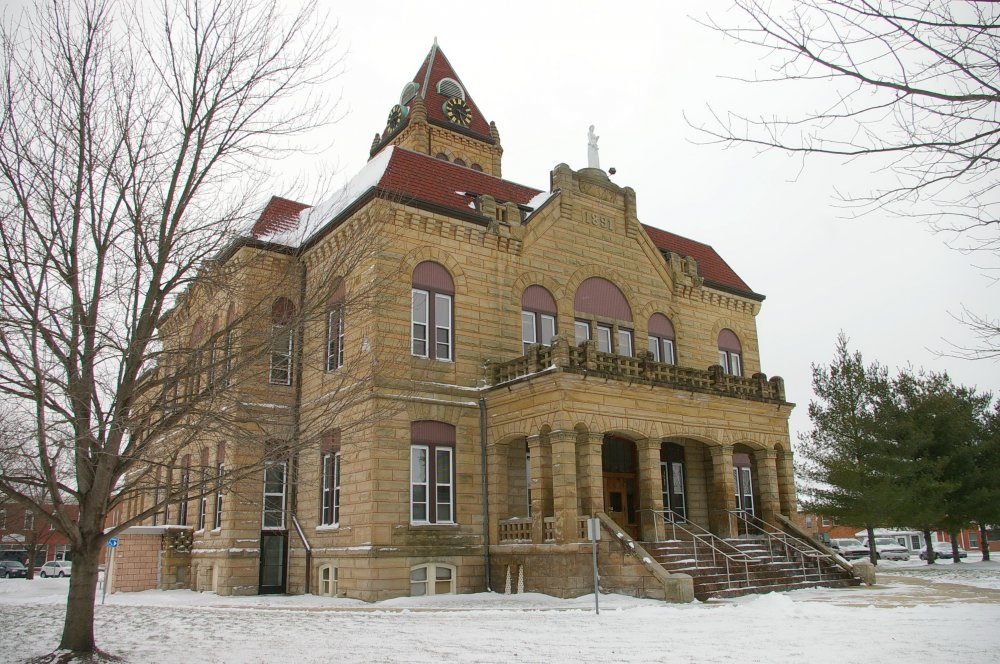 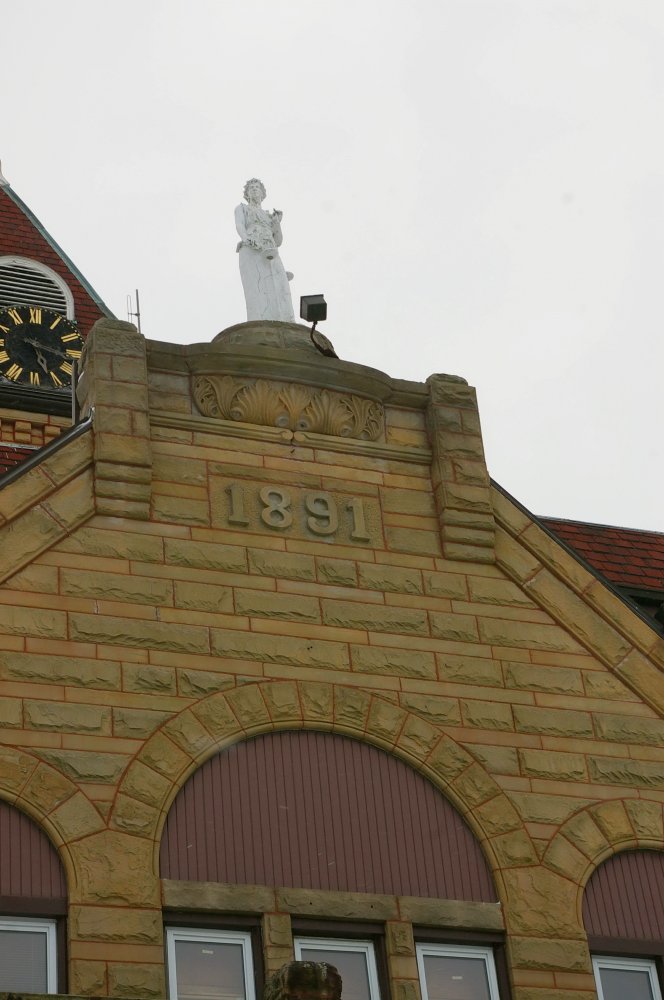 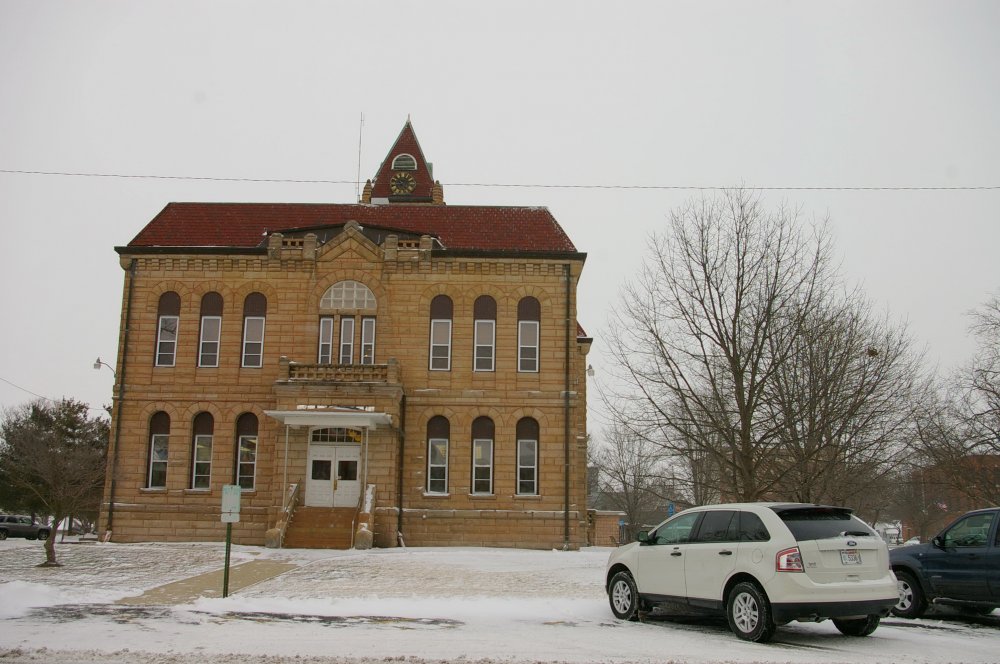 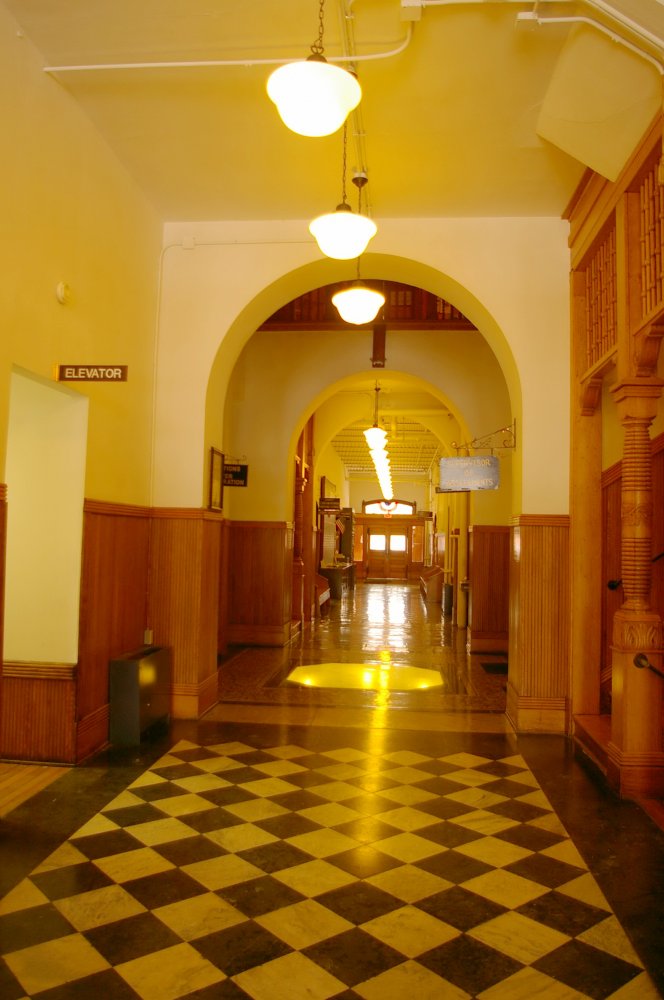 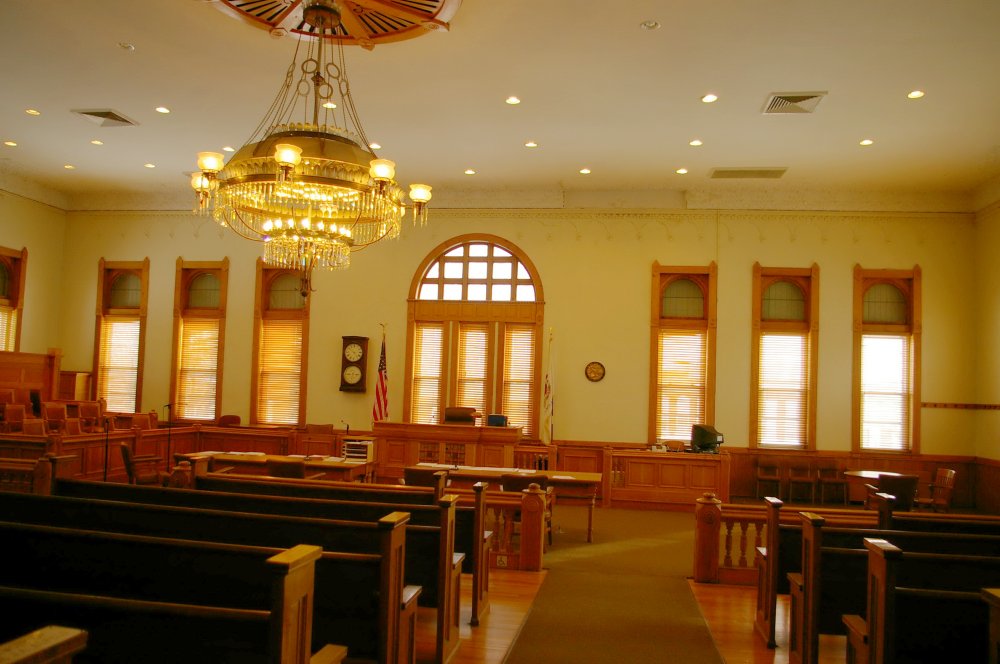 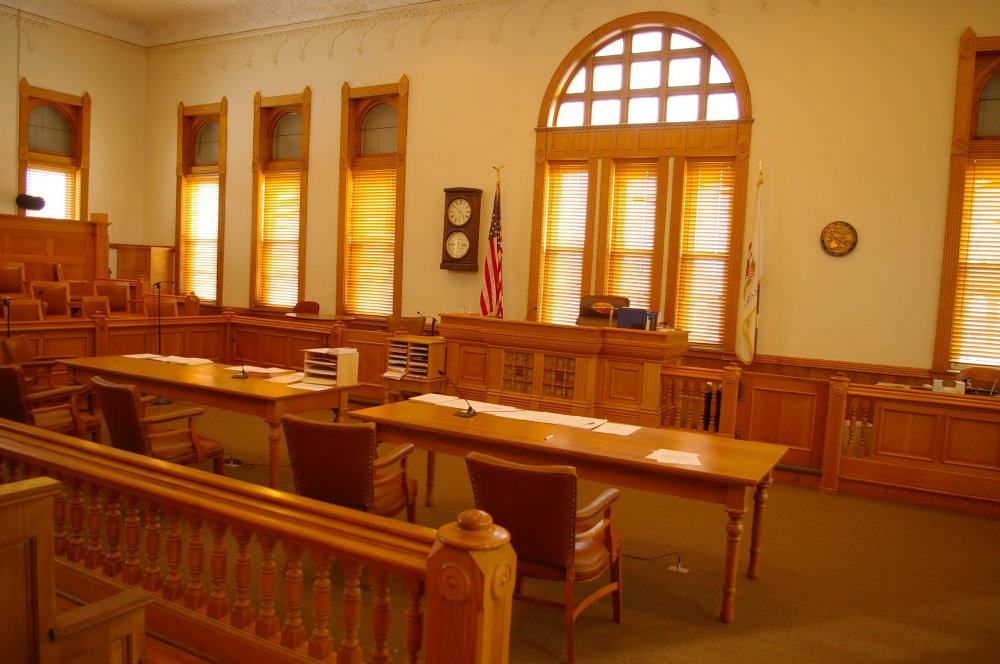 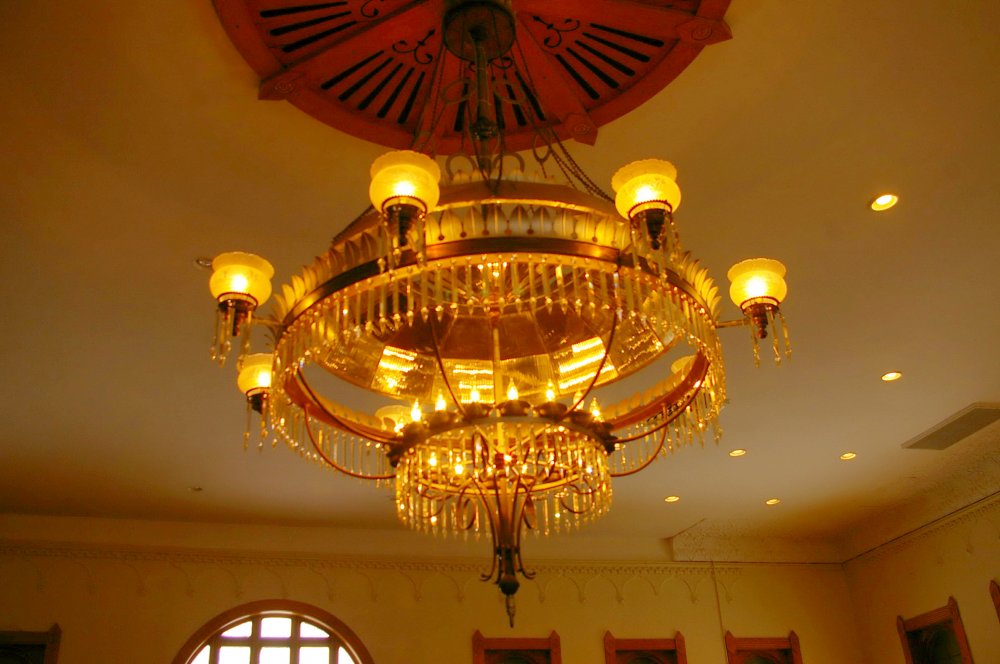