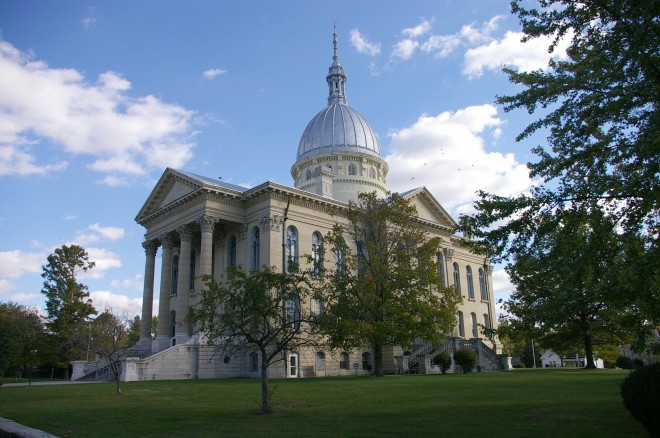 Macoupin County is named for the Indian word “macoupiana”, which means “white potato” for the wild artichoke which grew in the area.

Description: The building faces north and is a three story light colored Magnesian limestone and concrete structure. The building is located on spacious landscaped grounds in the center of Carlinville. Magnesian limestone covers the rectangle building. The north and south sides have large porticos with four large stone columns rising to a parapet at the roof. There are high arched windows on the second and third floors. In the center of the building is a large round dome with silver colored roof and a small silver colored cupola at the top. Every door in the building is made of iron, each weighing about one ton. Window frames are of iron. In the interior the floors are laid with tile. The upper floor is reached by two wide iron stairways. The front stairways are ornamented with flowers done in iron and other designs. The balustrade of the main stairway at the north are ornamented with wolf and dog heads done in iron. On the front of each of the double iron doors opening into the courtroom is a lion’s head with a large ring in its mouth, a symbol of the majesty of the law. The large courtroom is located beneath the dome in the center of the building on the third story. The hand-carved walnut judge’s chair is seven feet in height. Lions are carved in each of the huge arm rests. The building houses the County Circuit Court of the 7th Judicial Circuit.

Note:  The construction of the courthouse was the most scandalous spending in the Illinois taking the county 40 years to pay the debt. Most of the material for the courthouse was hauled to the site on flat cars drawn by oxen. The Chicago & Alton Railroad put in a switch from the main rail, and the spur became known as the “ox railroad.”

See:  The architect, Elijah E Myers of Philadelphia, also designed the now demolished courthouse in Ohio in Seneca County,  and in Indiana in Grant County, in Illinois in Knox County and McDonough County and in Ohio in Lorain County.

History:  The county was created in 1829 and Carlinville was selected as the county seat. The first courthouse was erected in 1830. The second courthouse was a two story structure built by Weatherford Brothers, Harbird and Jefferson in 1836. The third and present courthouse was constructed in 1867 to 1870 at a cost of $1,542,308. 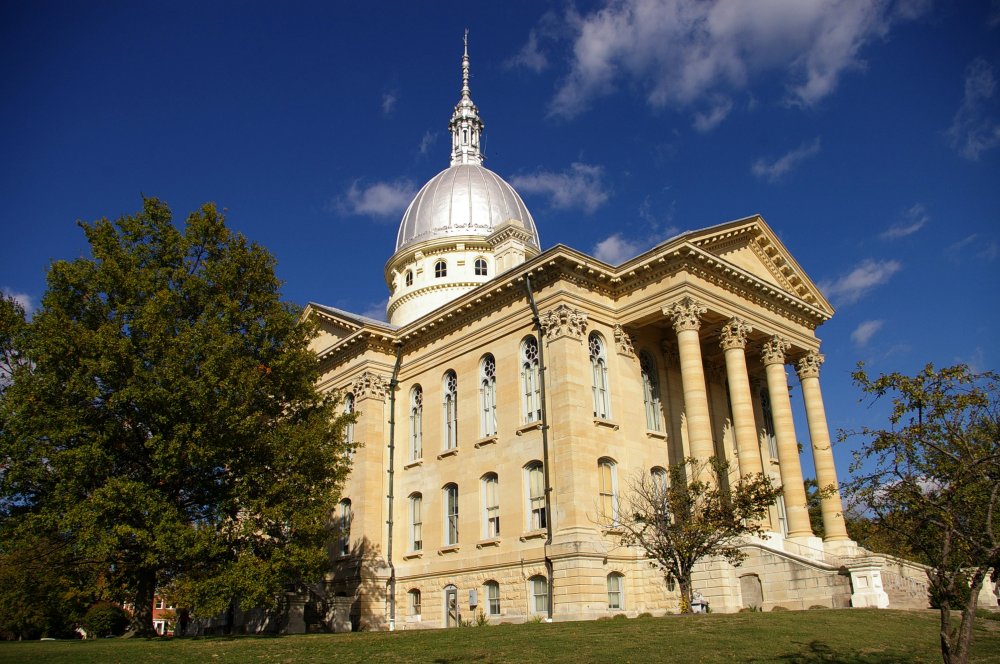 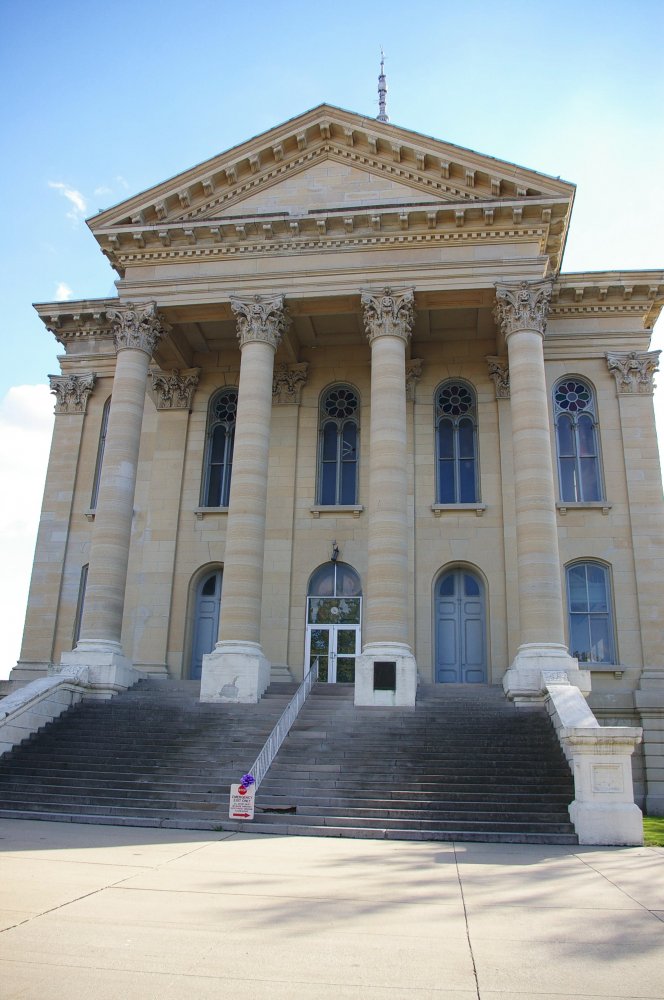 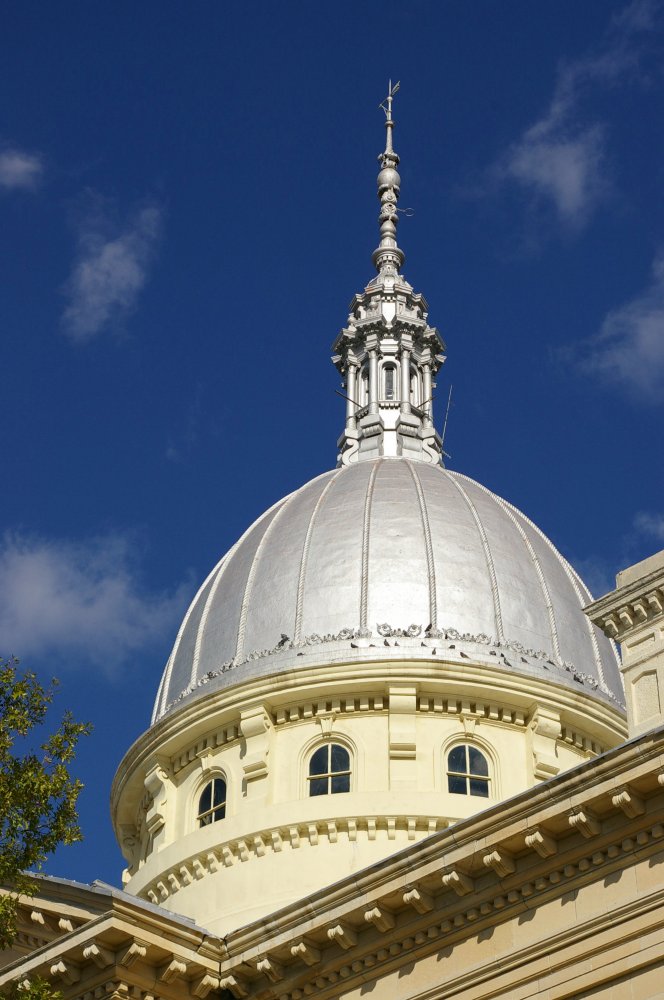 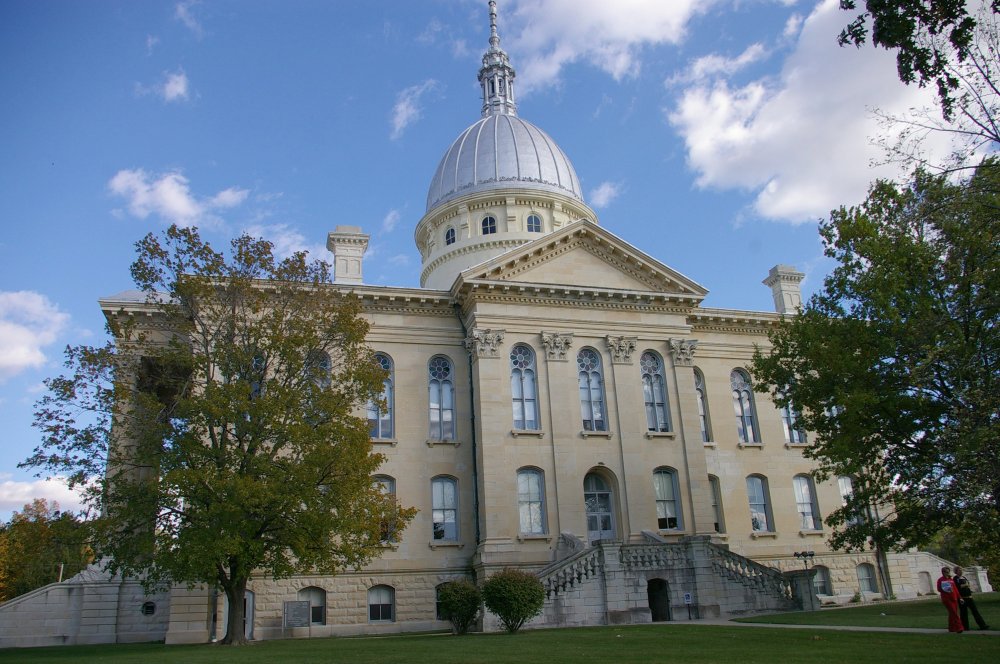 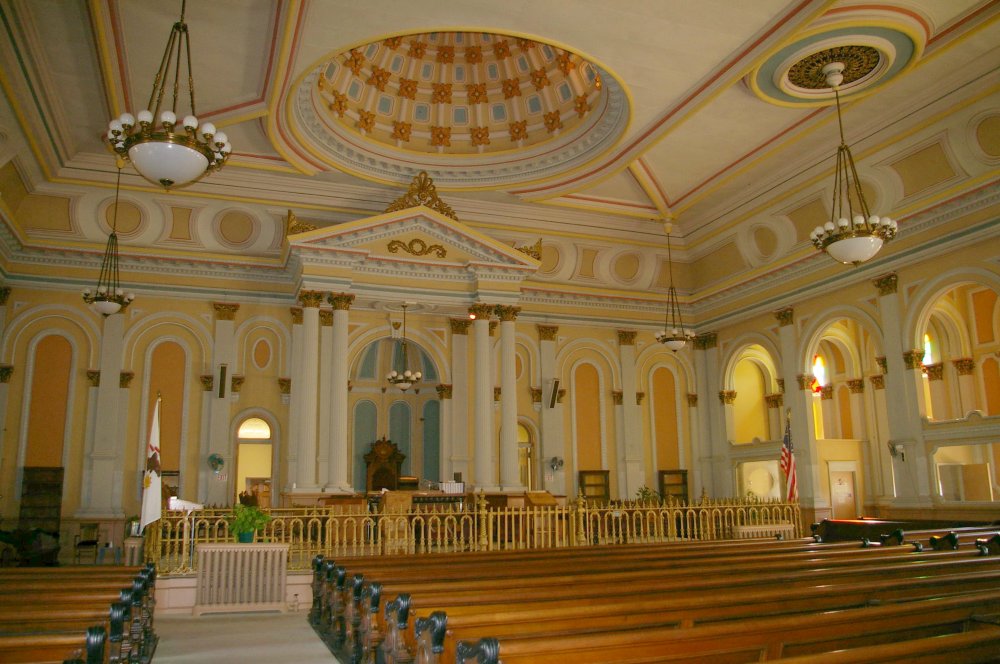 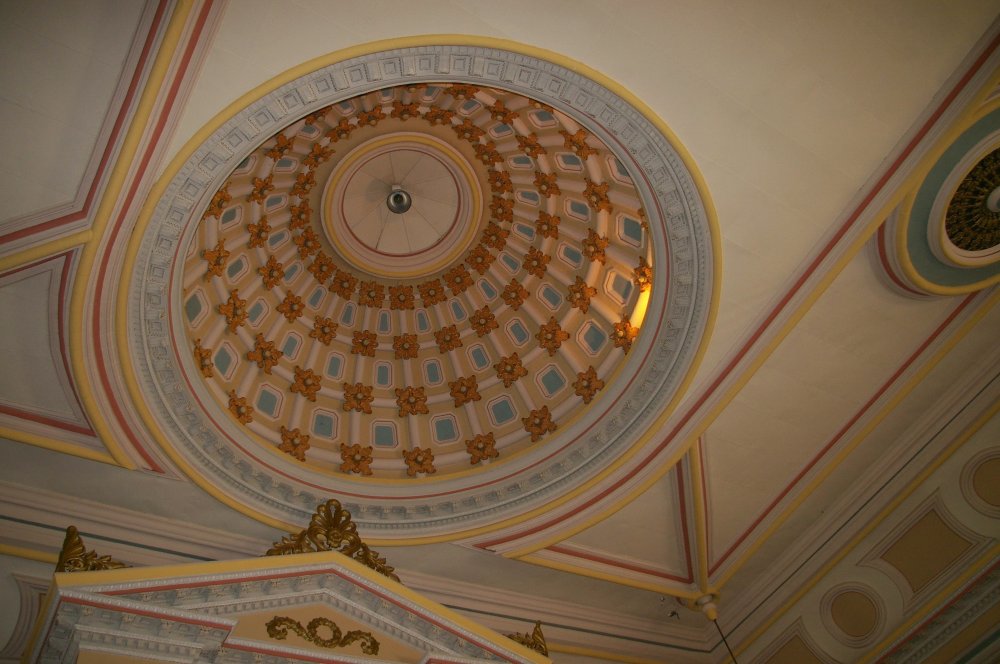 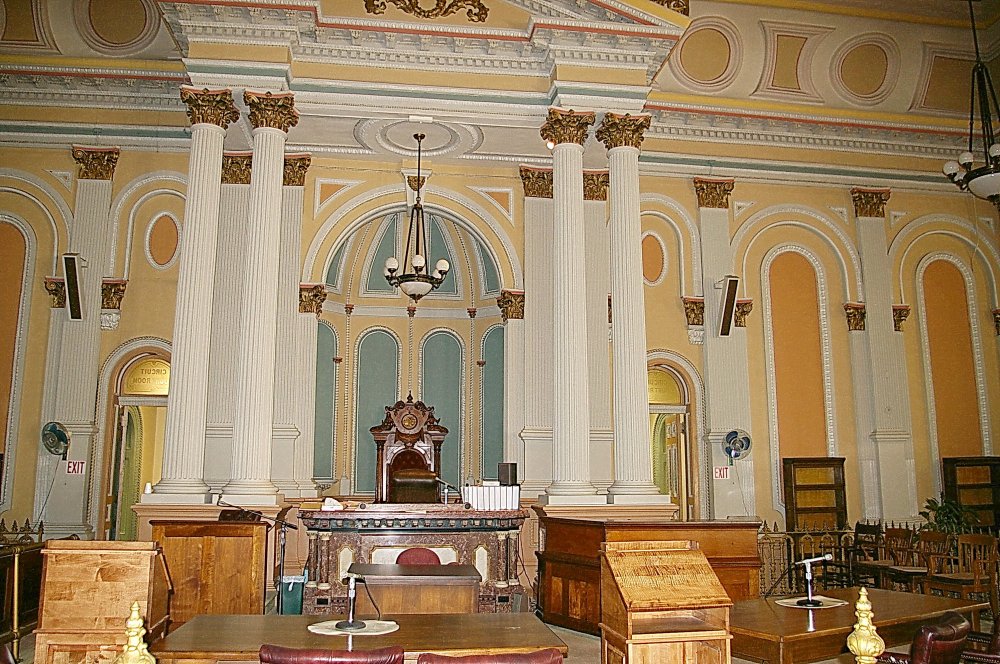 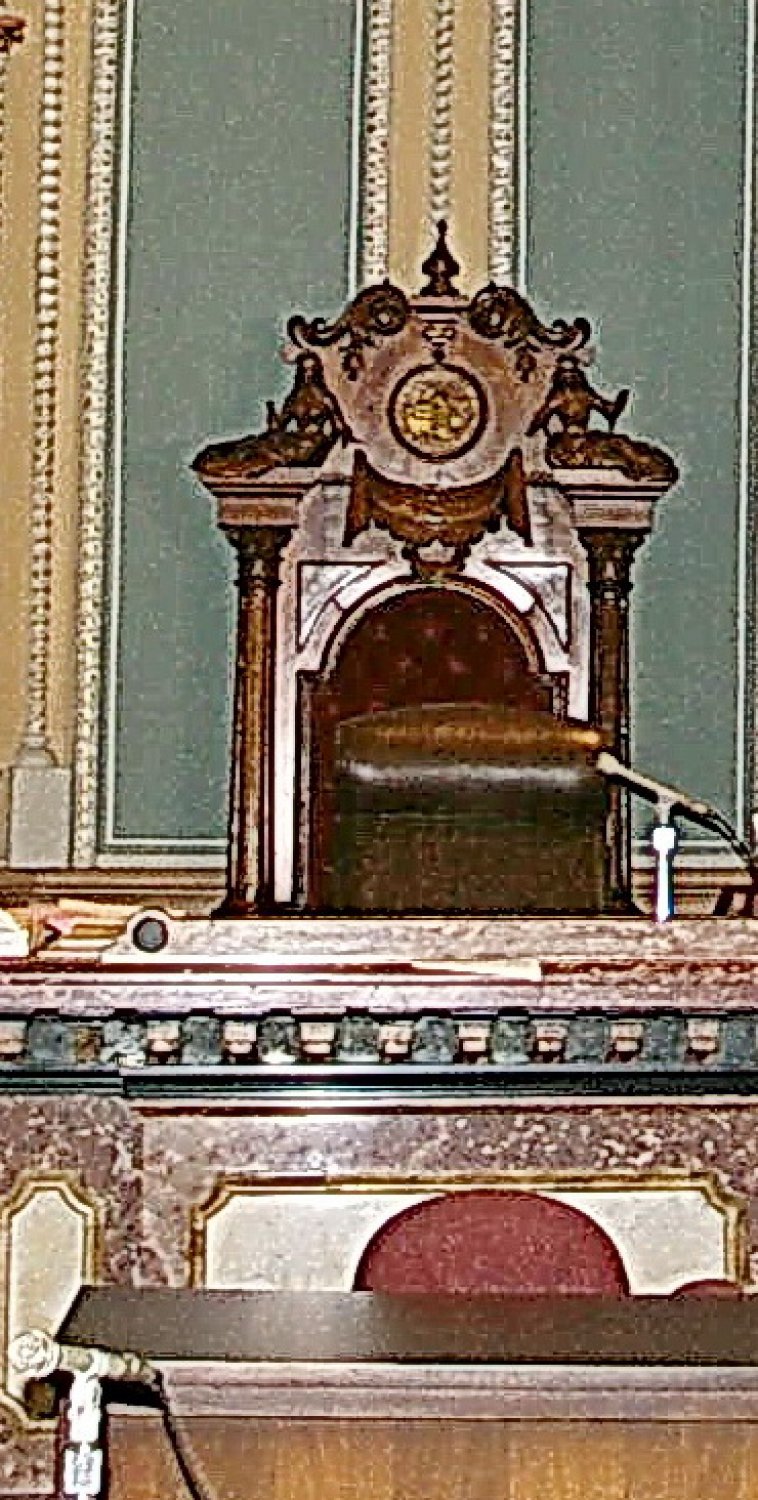 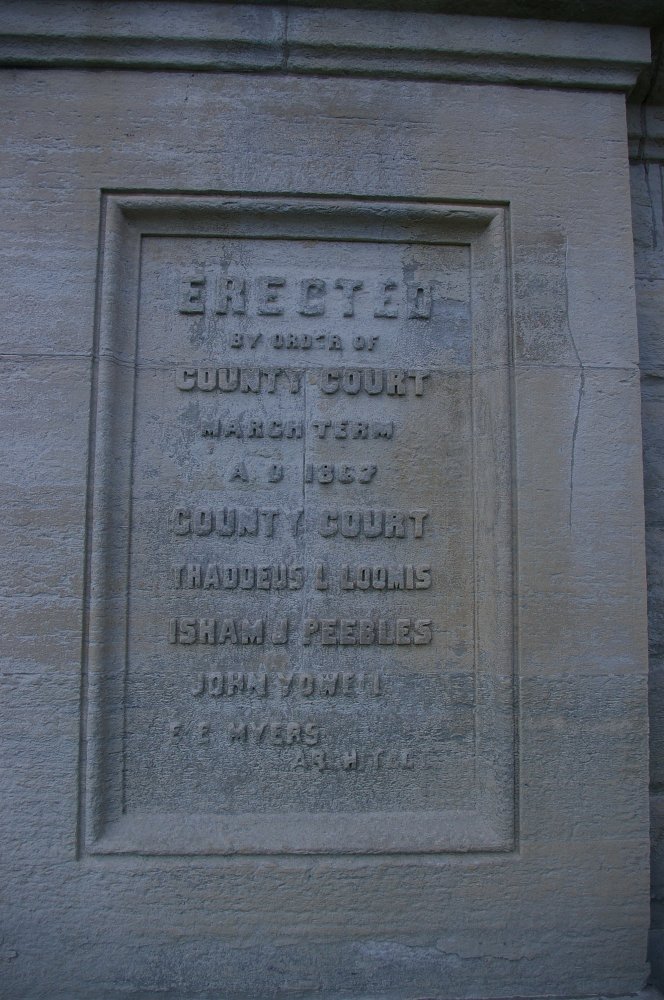