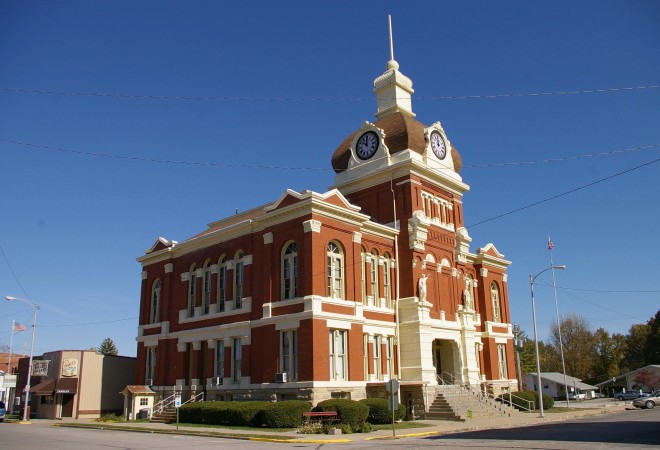 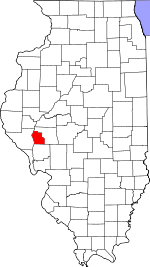 Description: The building faces south and is a two story red colored brick structure. The building is located in the center of Winchester. The south front has wide steps leading up to a wide entrance arch of white colored stone. Atop the arch are two statues representing “Justice”. Above the entrance rises a large square brick tower with clock and rounded dome on top of which is a small square cupola with flag pole. The corners of the building have pavilions extending from the main building. White colored stone trim decorates the building. The foundation is course stone. On the east side is a lower wing.

History:  The county was created in 1839 and Winchester was selected as the county seat. The county used rented premises. The first courthouse was a two story square brick structure built in 1841. The second and present courthouse was constructed in 1885 to 1886 at a cost of $35,500. 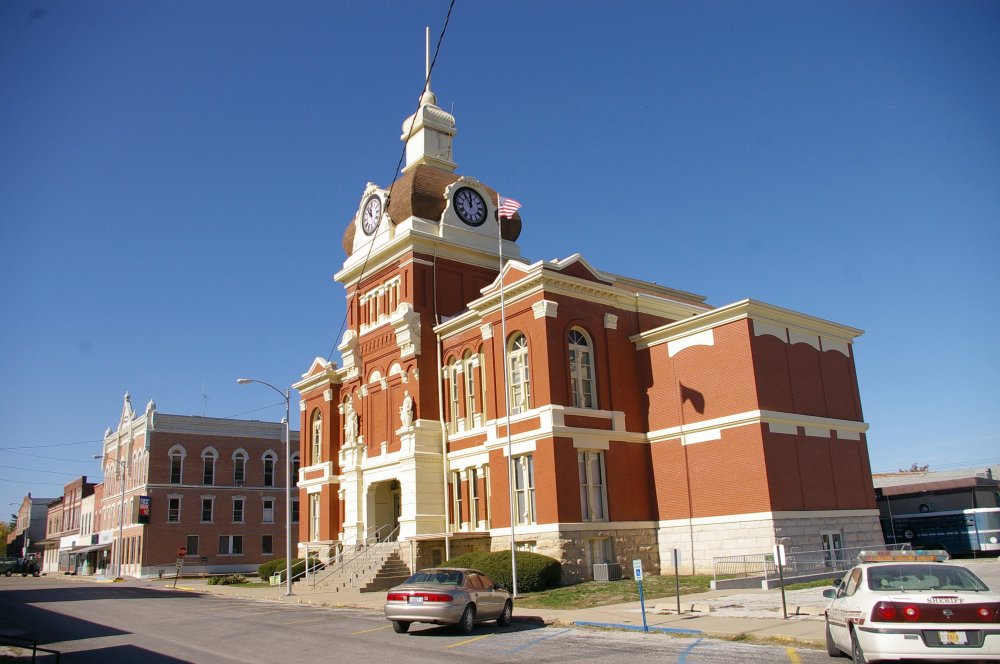 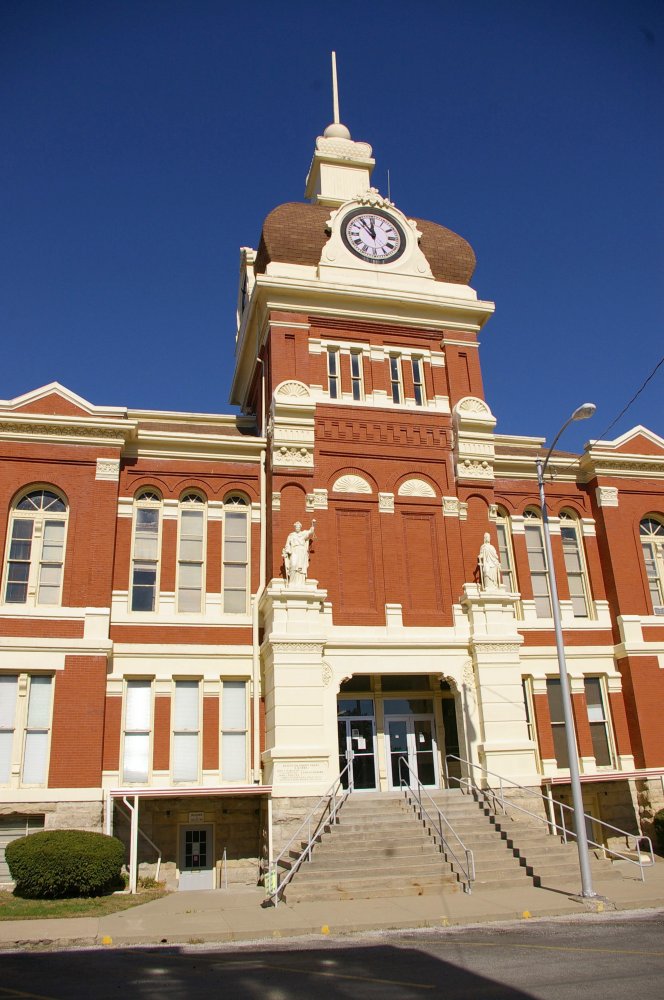 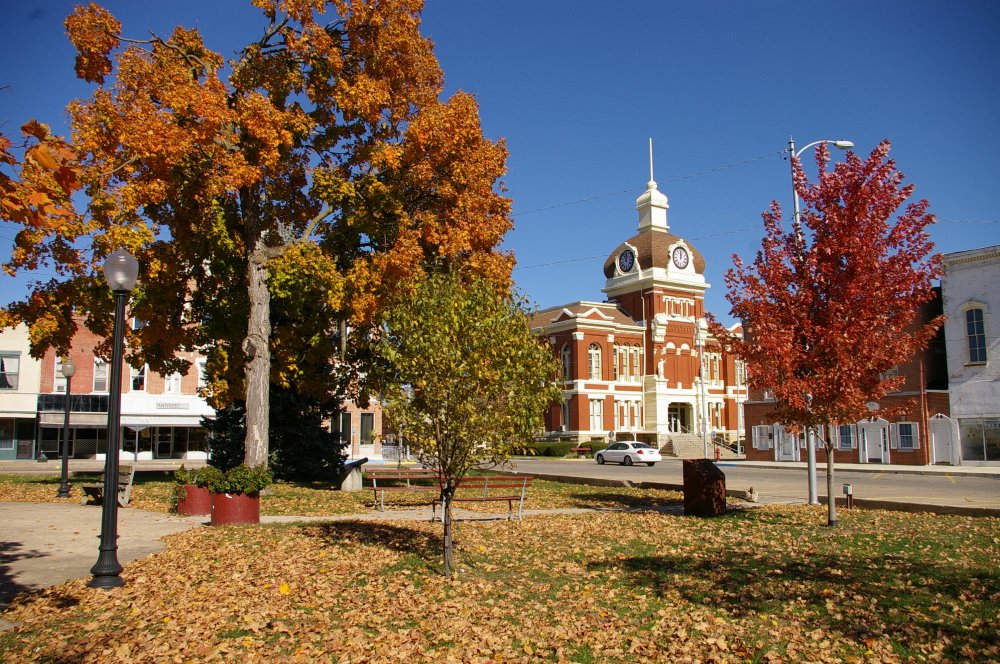 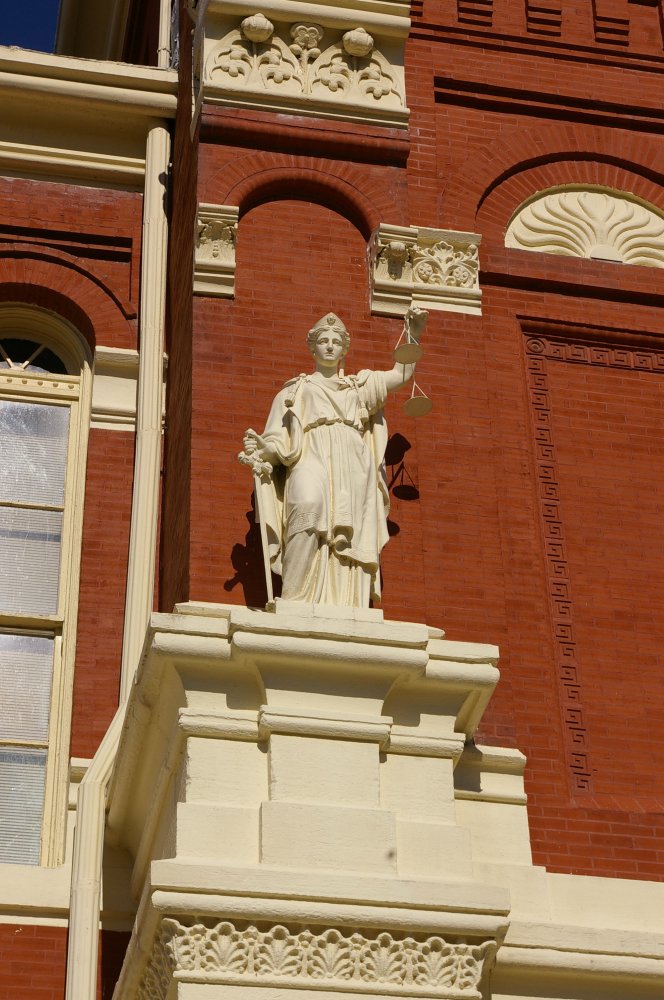 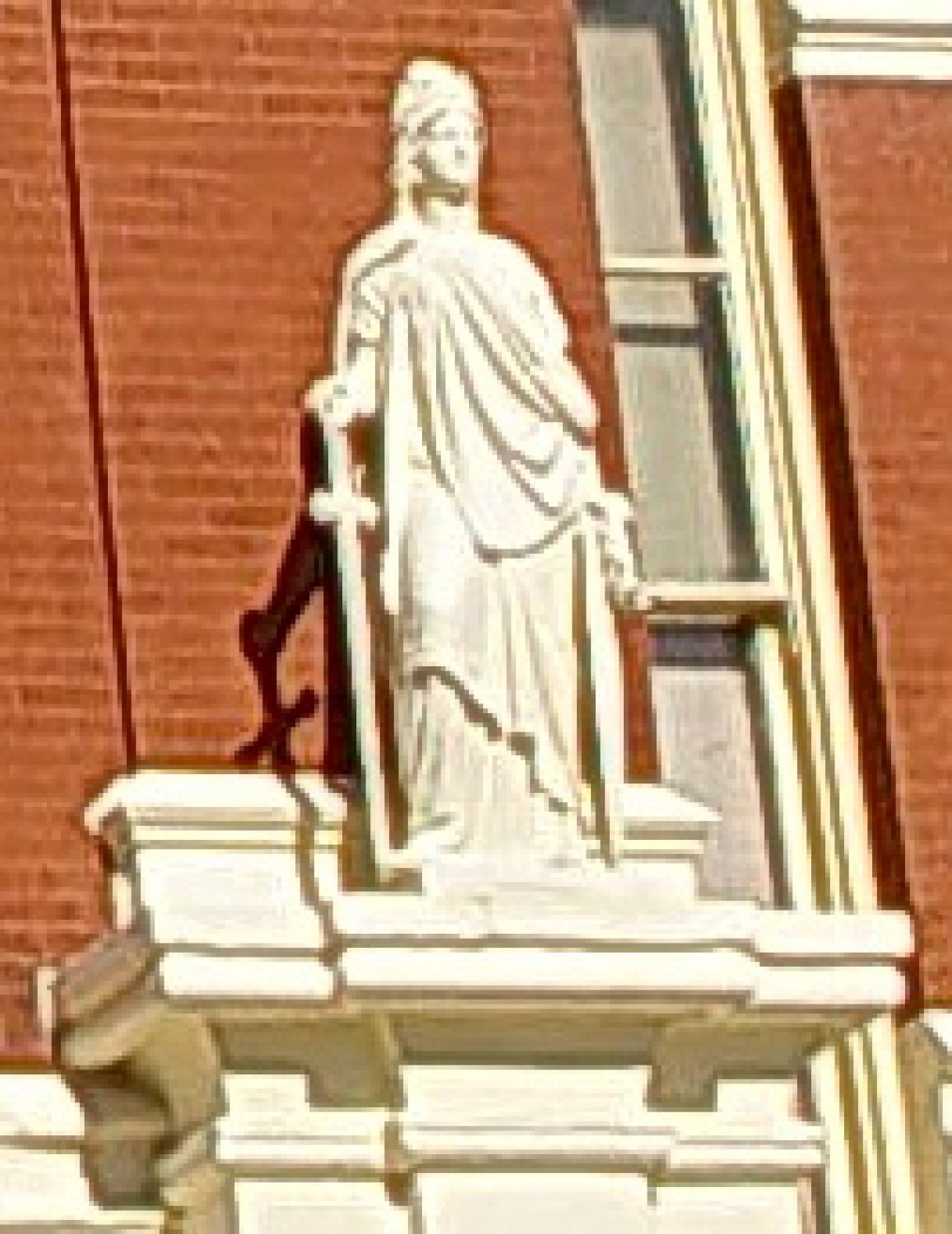 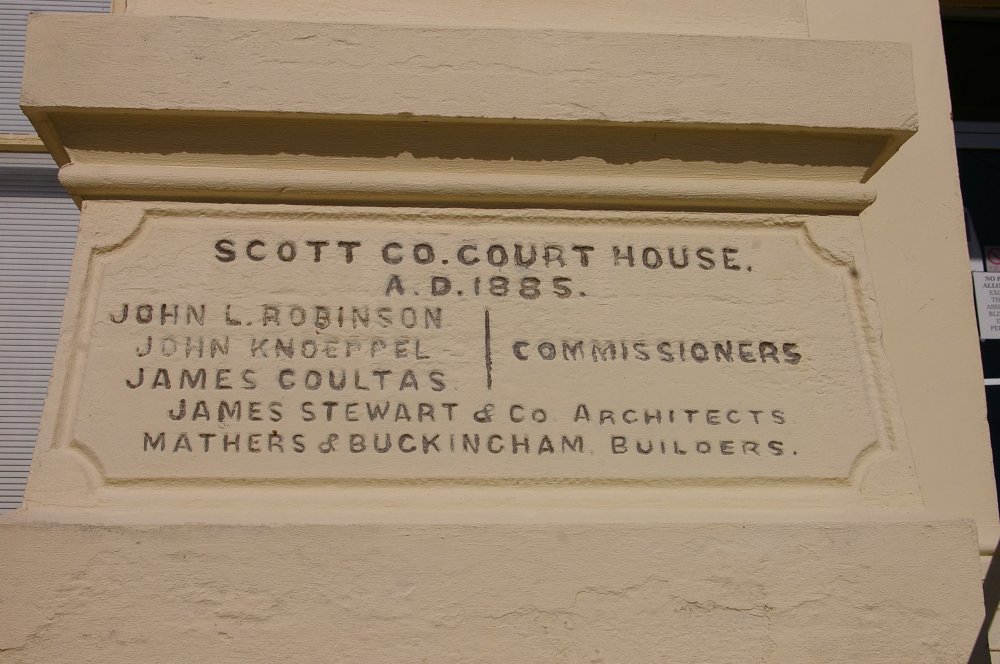