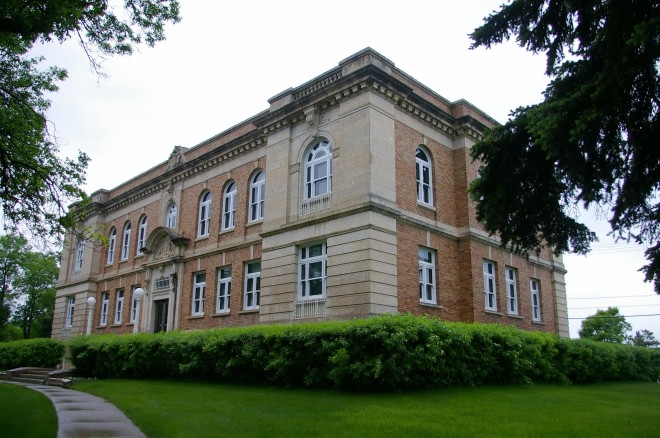 Yorkton is named for York, Ontario, by the early settlers from Ontario.

Location:  Yorkton is located in the southeast part of the Province.

Description:  The building faces south and is a two story Tyndall Stone with Claybank brick and concrete  structure. The building is located on landscaped grounds on the north side of the centre of Yorkton. The south front of the building has a central entrance on the first story framed with stone and with a curved projection with frieze above. The east and west corner sections project from the main building and are faced with stone. The second story windows are arched. A cornice runs below the roof line which has a raised parapet. The roof line is flat. The large courtroom is located along the south side of the second story. The building houses the Court of Queen’s Bench. The building was renovated in 2014. The contractor was CCR Construction of Regina.

Note:  The first courthouse was a wood frame building built in 1903. The cost of construction of the present courthouse was $135,649. The subcontractors were Dominion Bridge ( steelwork ), Whiteford Brothers of Regina ( plumbing ) and Western Manufacturing Company ( millwork ).

See:  Located in Yorkton is the Provincial Court Courthouse. 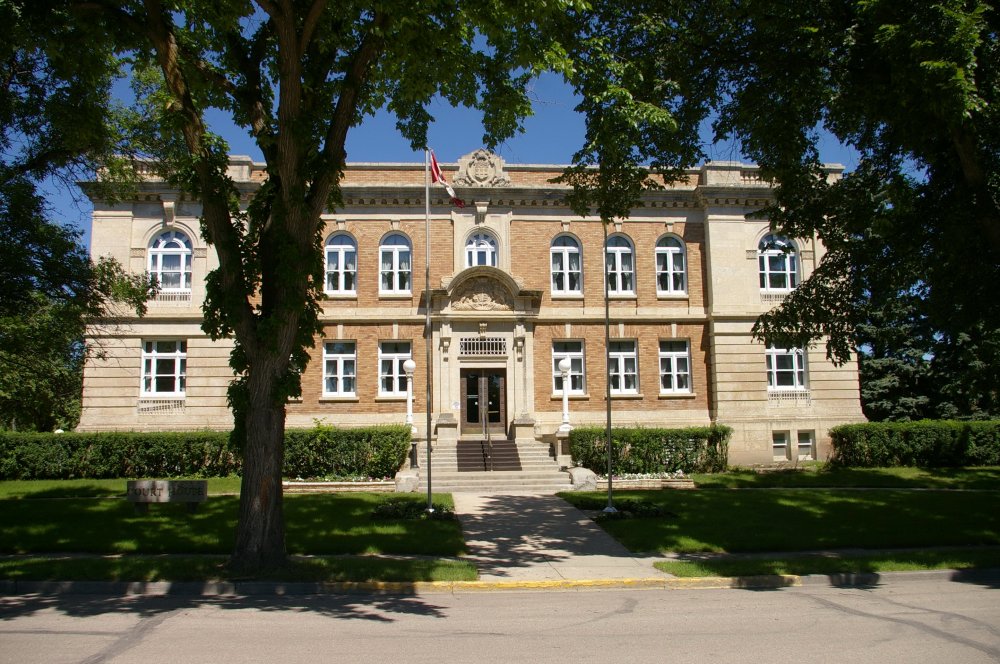 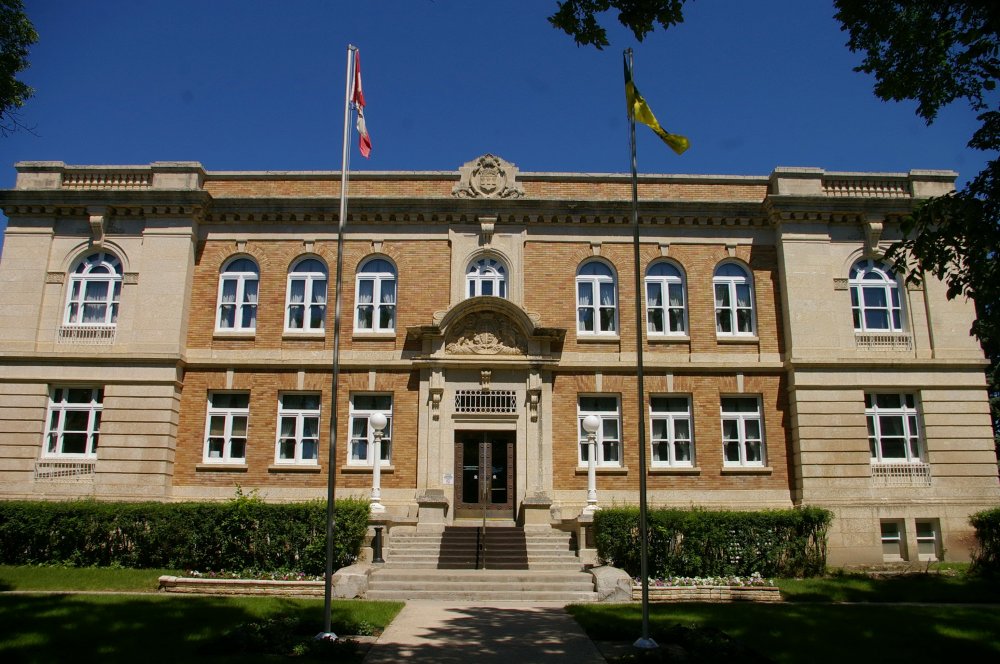 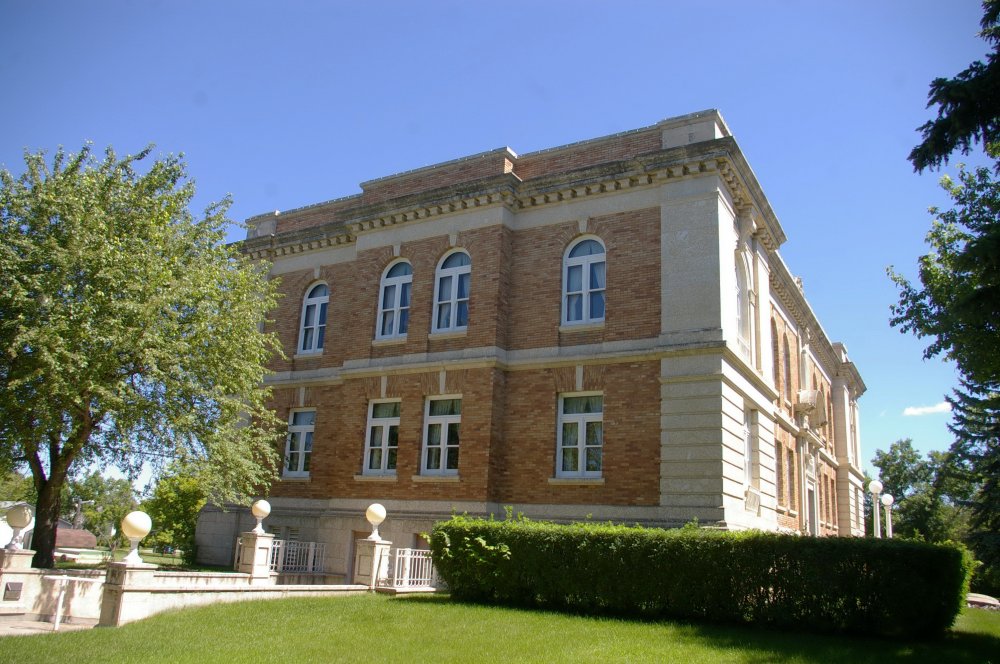 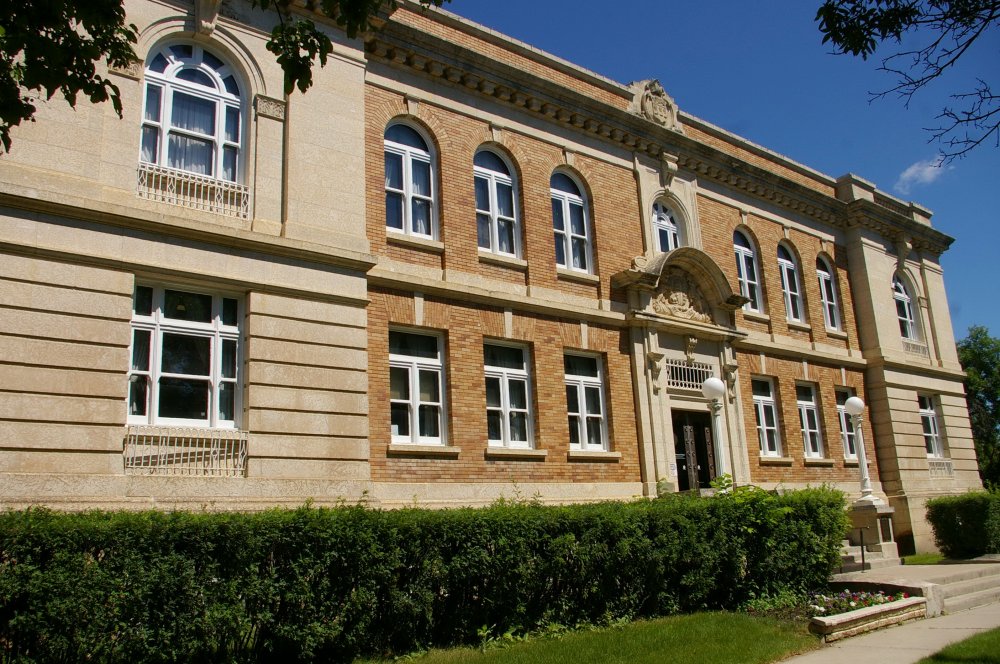 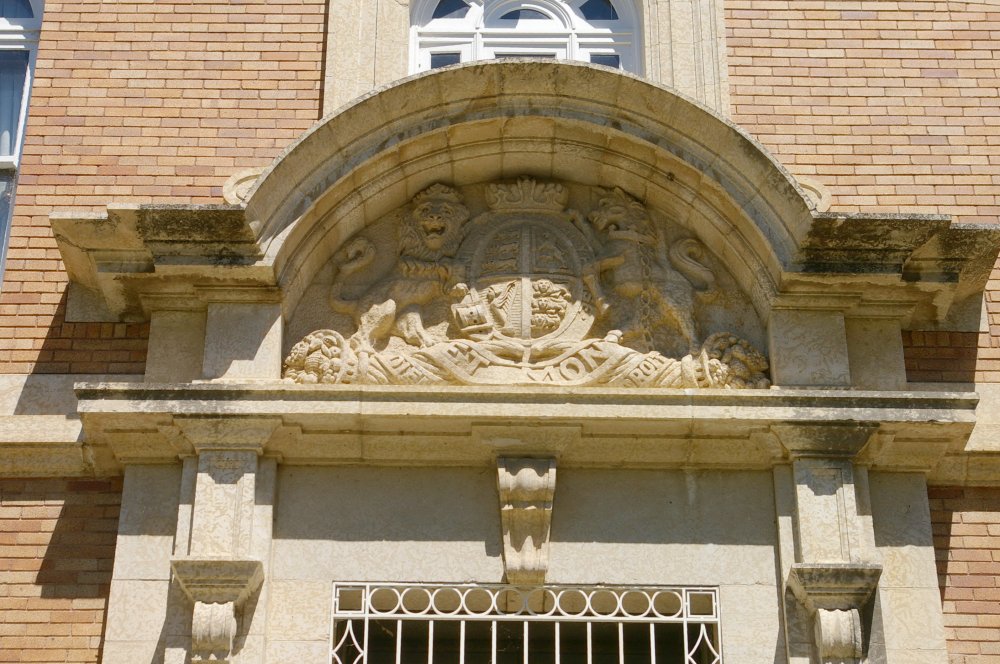 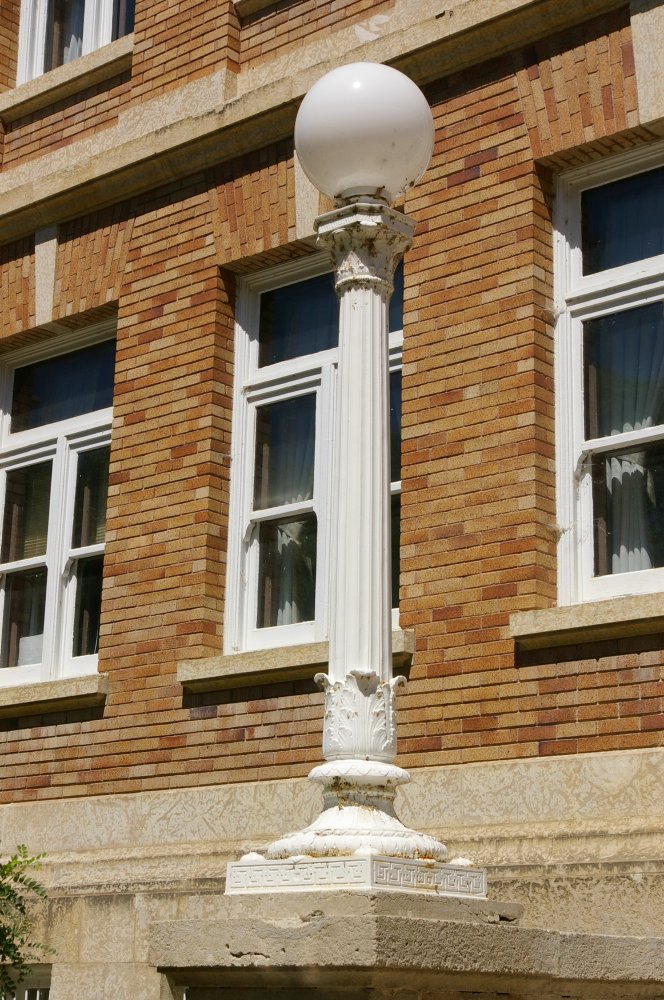 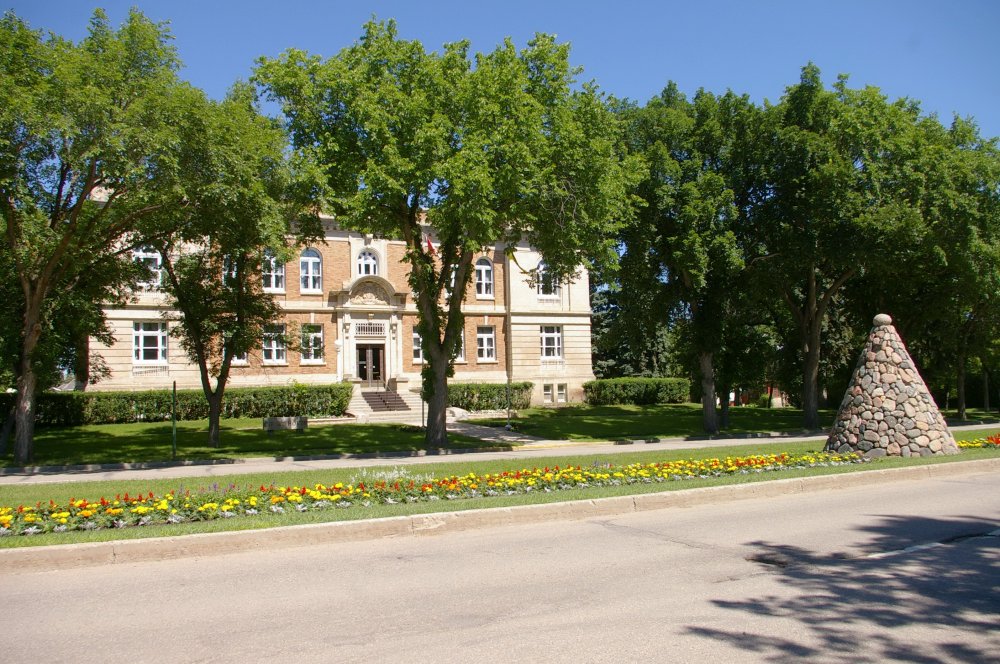 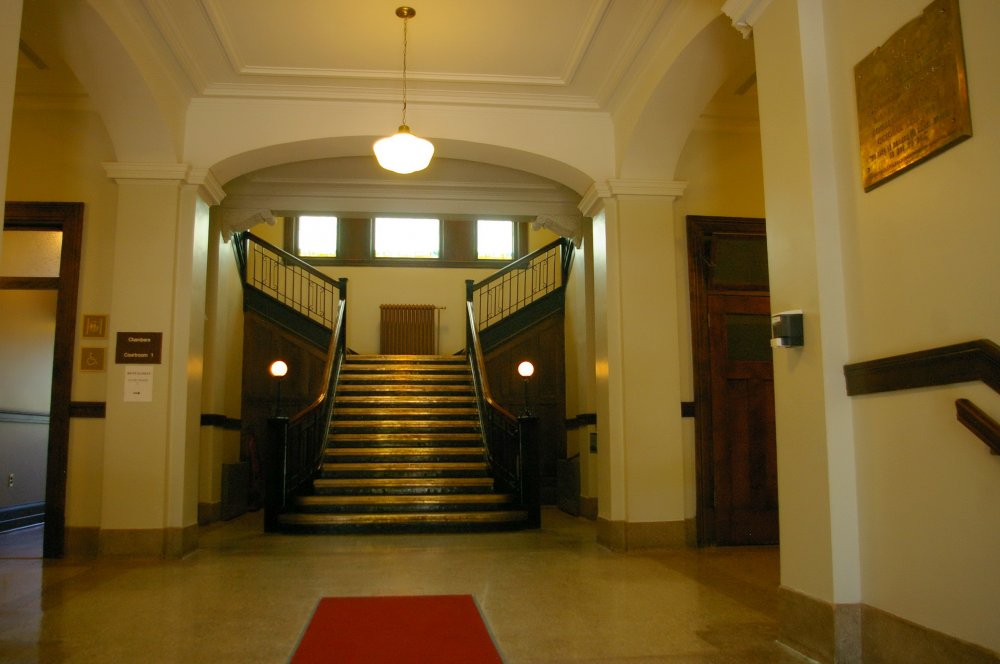