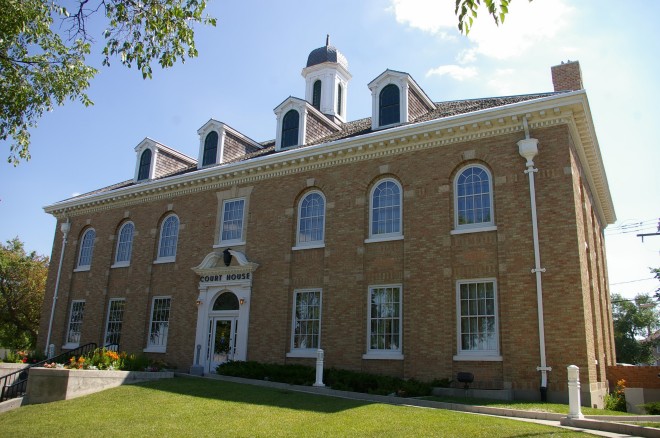 Estevan is named for the registered telegraphic address of George Stephen, who was the first President of the Canadian Pacific Railway from 1881 to 1888.

Location:  Estevan is located in the southeast part of the Province.

Description:  The building faces north and is a two story buff coloured brick, Tyndal stone  and concrete structure. The building is located on spacious landscaped grounds in the centre of Estavan. The north front has a central entrance with an arched doorway with pediment above. The second floor has arched windows. The hipped roof has four dormers. The courtroom is located on the second story. The building houses the Court of Queen’s Bench and the Provincial Court.

Note:  The building is one of a series of courthouses designed by the office of the provincial architect. Several towns and cities were designated as judicial centres where court houses would be built. The cost of construction of the courthouse was $77,250.

See:  The courthouse has the Registry Office for the Provincial Court at Carlyle and Weyburn, 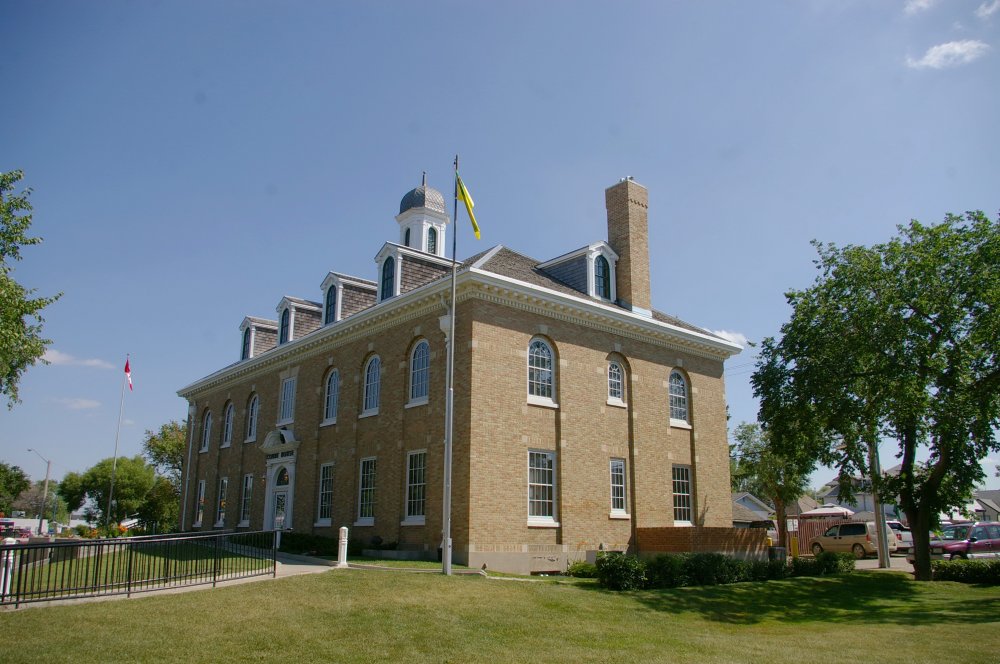 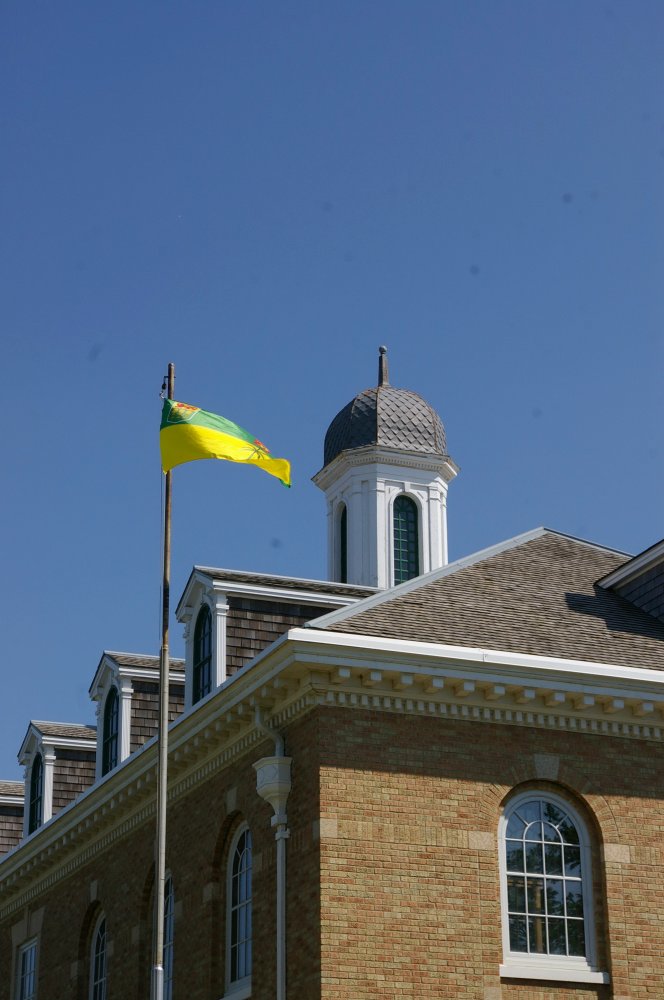 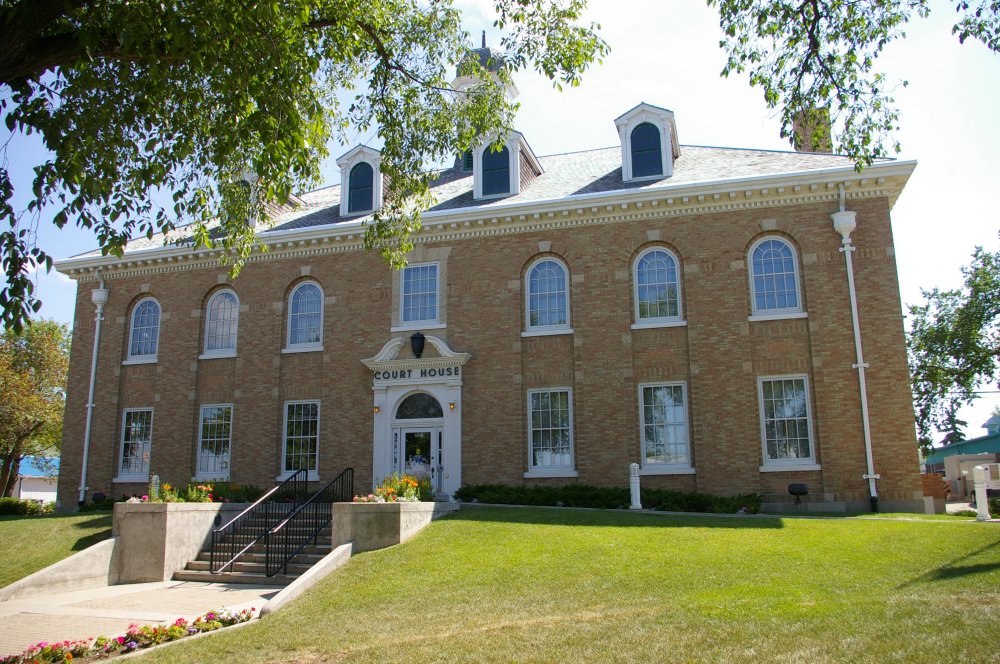 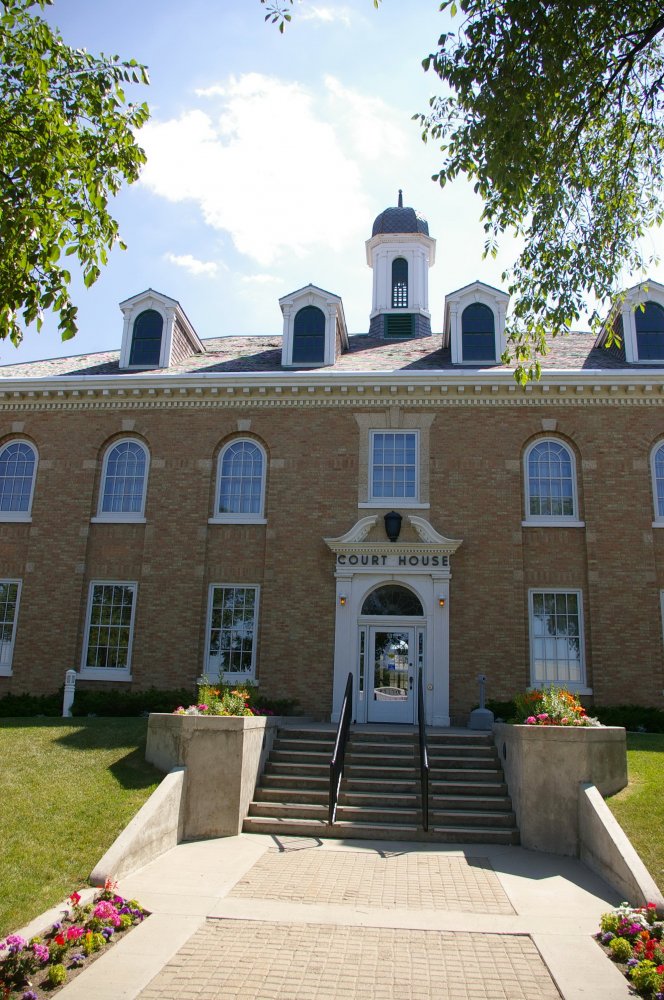 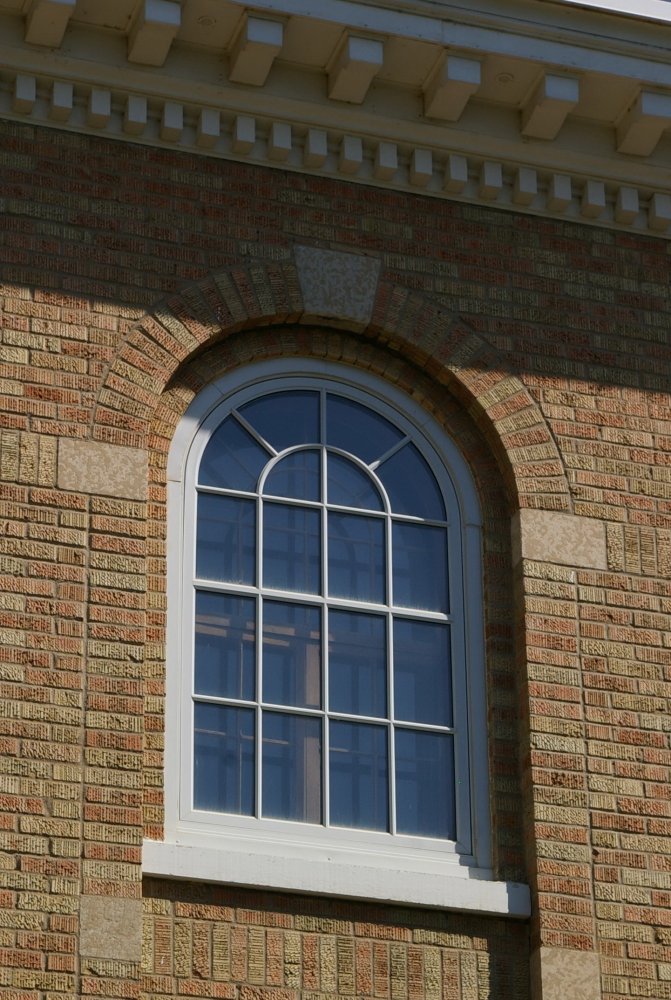 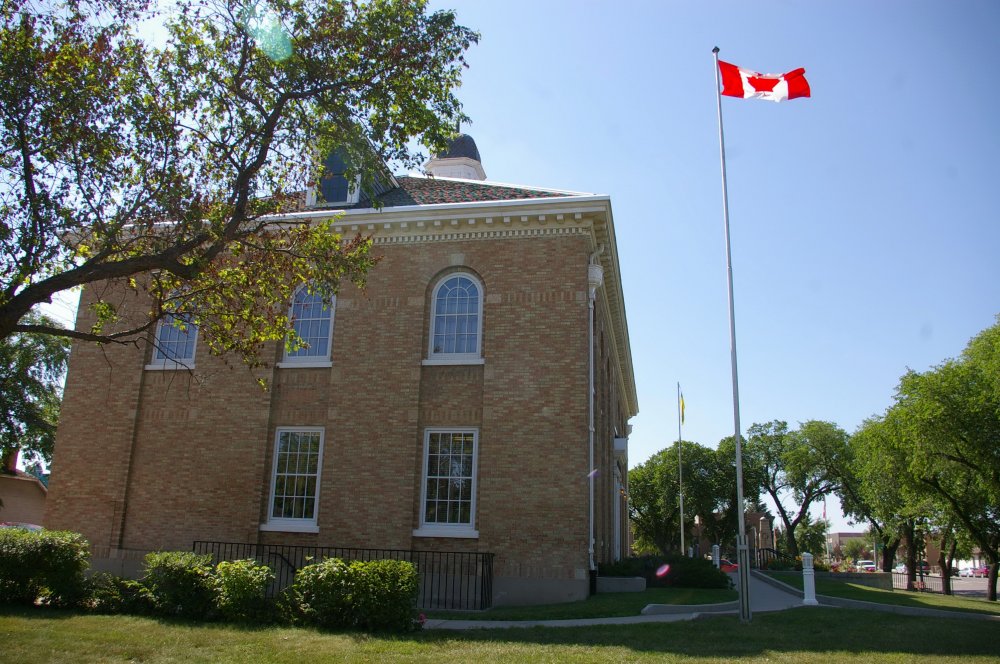 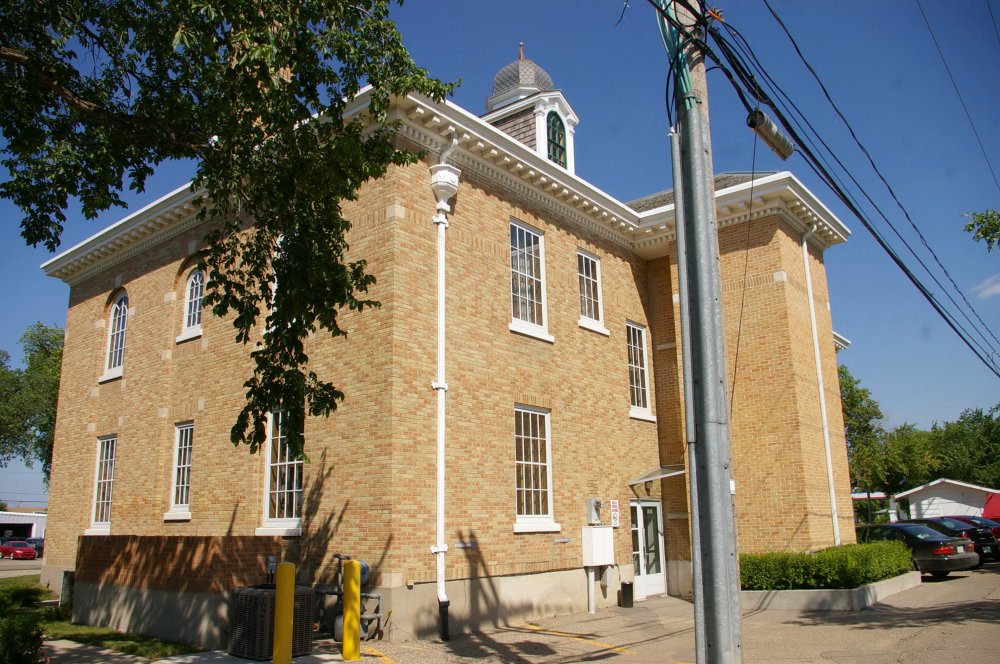 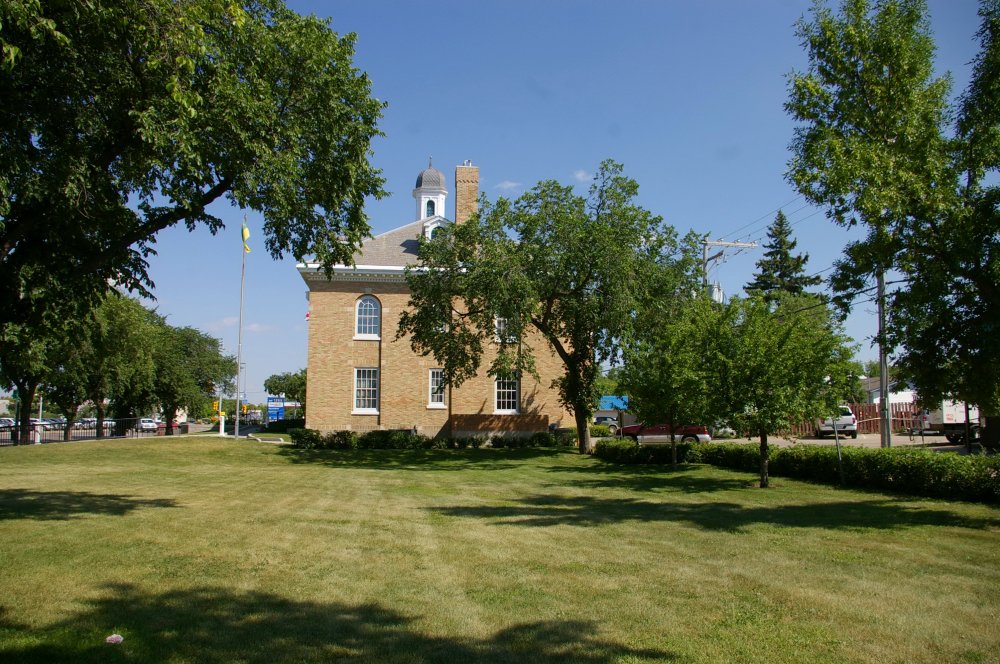 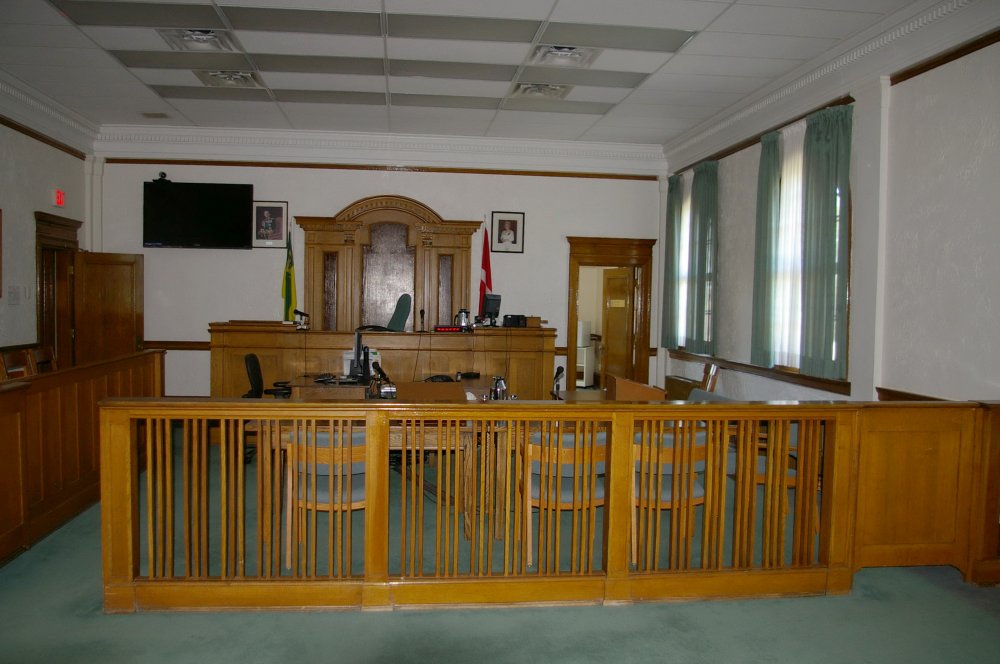 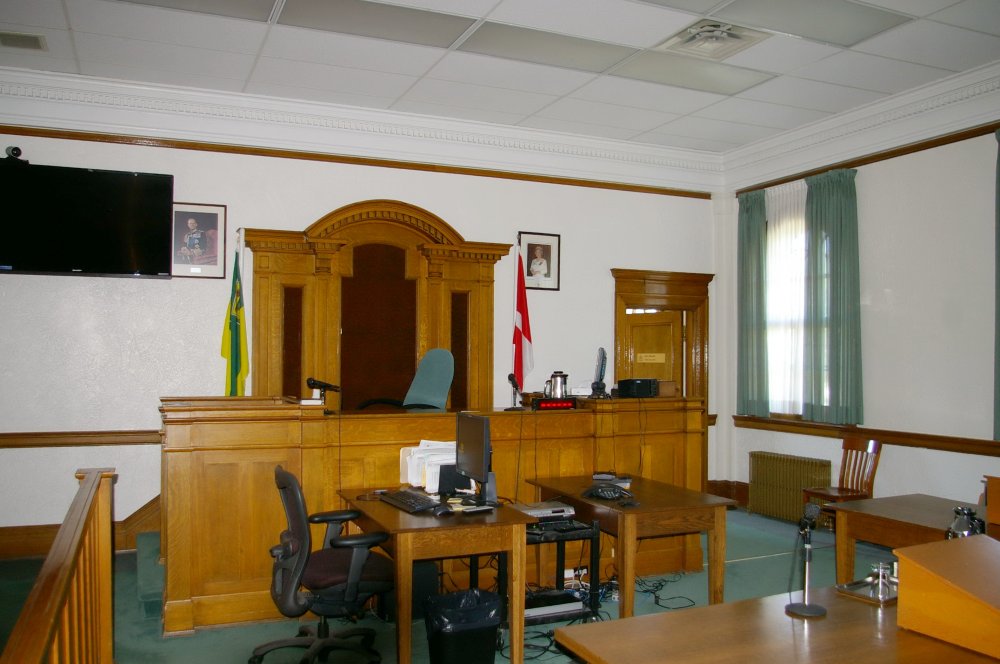 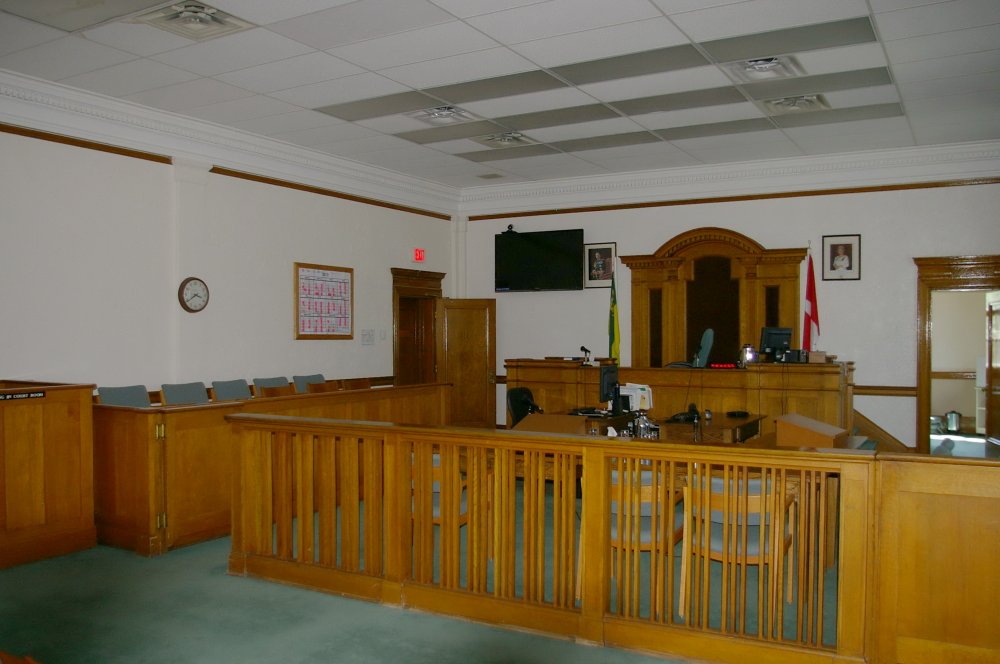