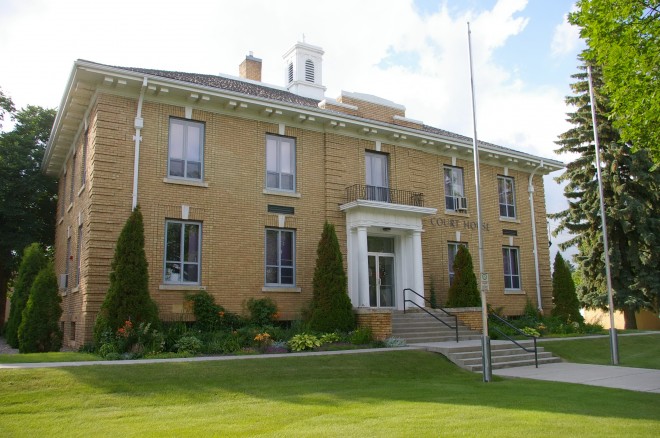 Melfort is named for the three one-room school houses that used the name “Melfort”.

Location:  Melfort is located in the central eastern part of the Province.

Description:  The building faces southeast and is a two story buff coloured brick and concrete structure. The building is located on landscaped grounds in the centre of Melfort and is rectangular shape. The southeast front has a central entrance with small portico supported by two white coloured columns and with wrought balcony on the second story. The roof is hipped and has a small white coloured cupola at the centre. The courtroom is located on the southest side of the second story. The building houses the Court of Queen’Bench.

Note:  The building is one of a series of courthouses designed by the office of the provincial architect. Several towns and cities were designated as judicial centres where court houses would be built. The cost of construction of the courthouse was $60,674. 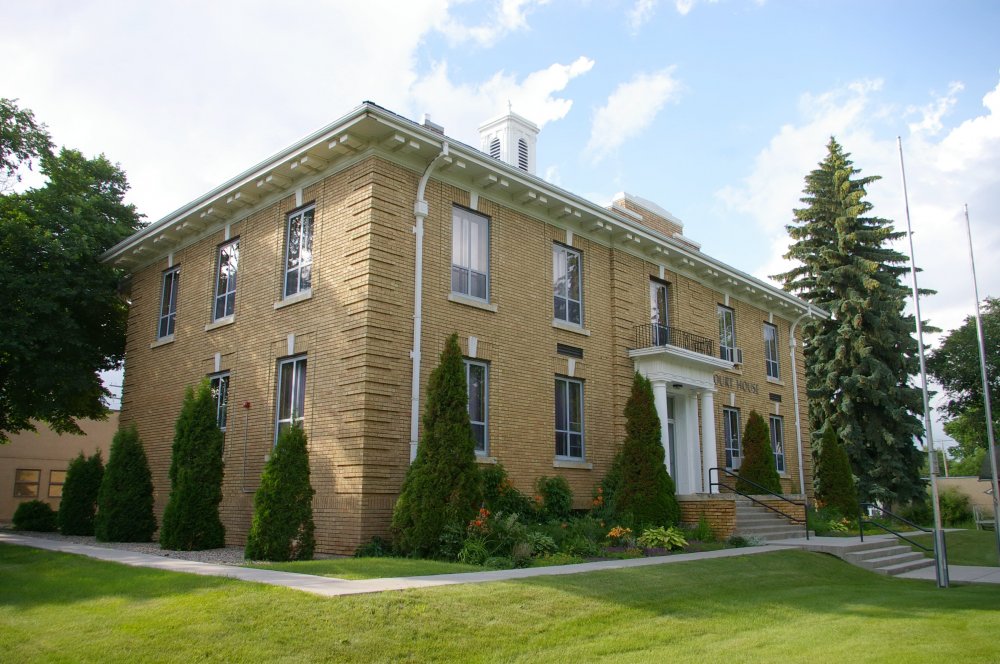 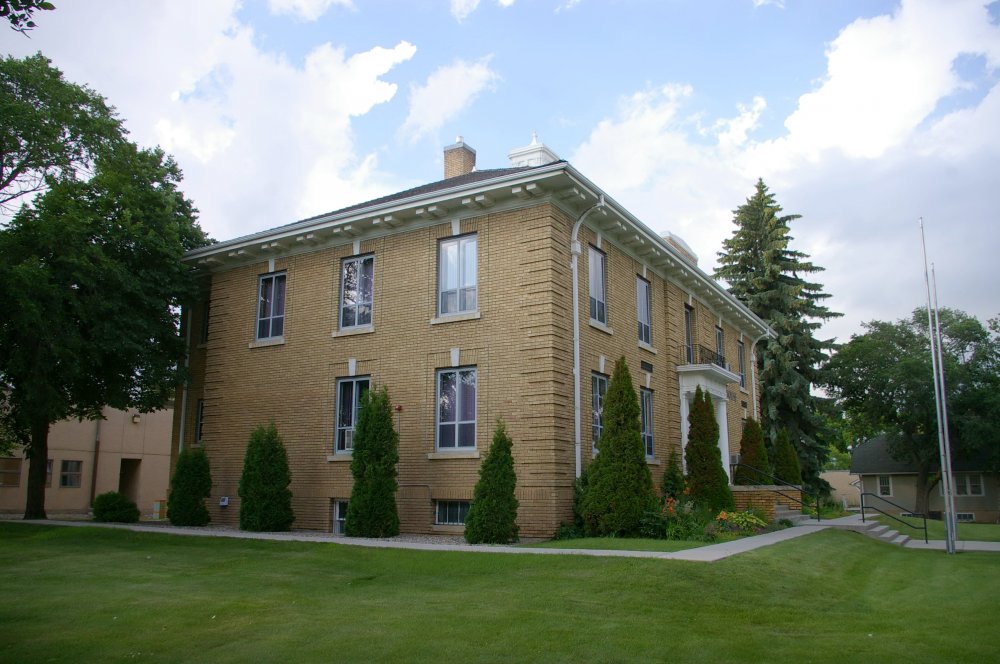 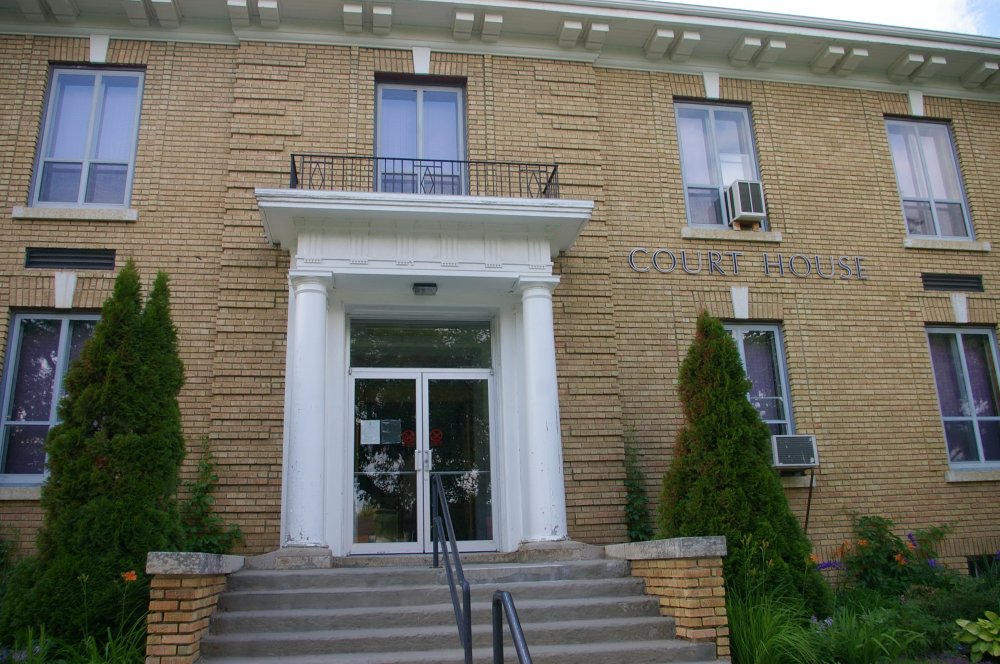 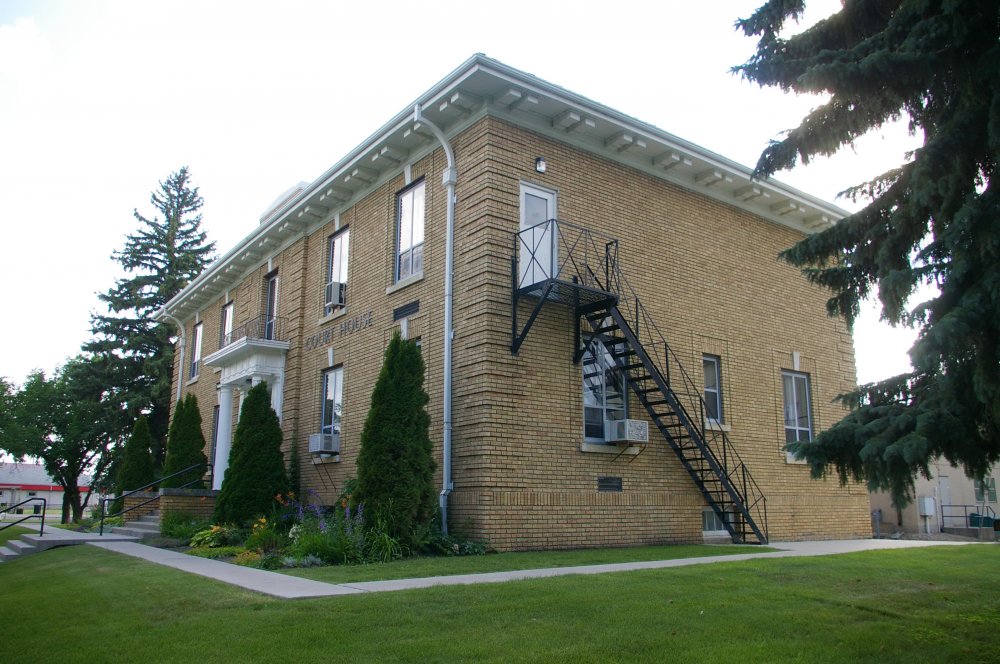 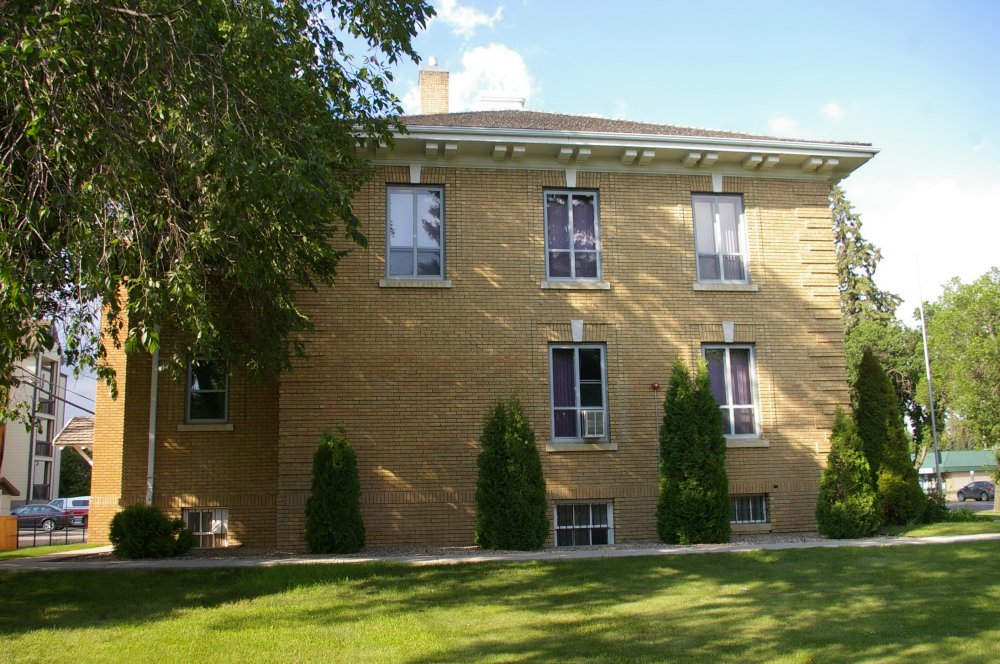 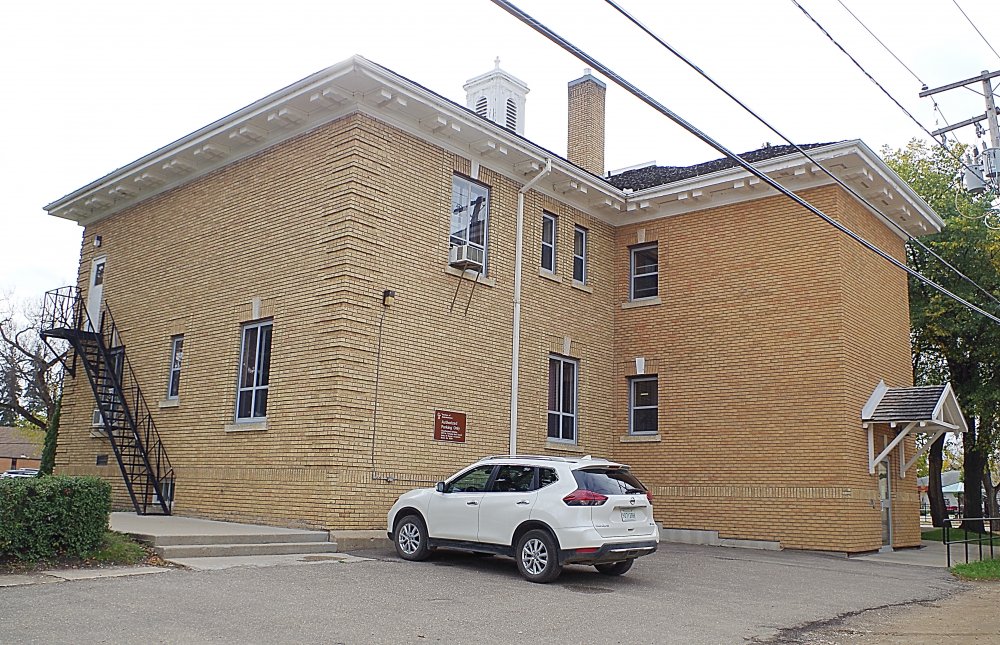 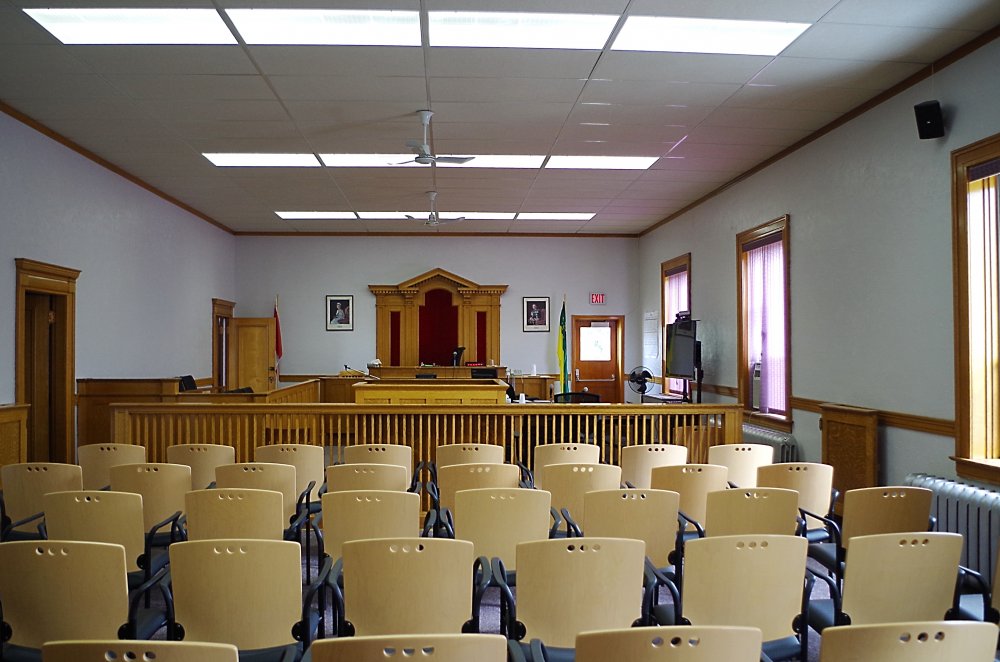 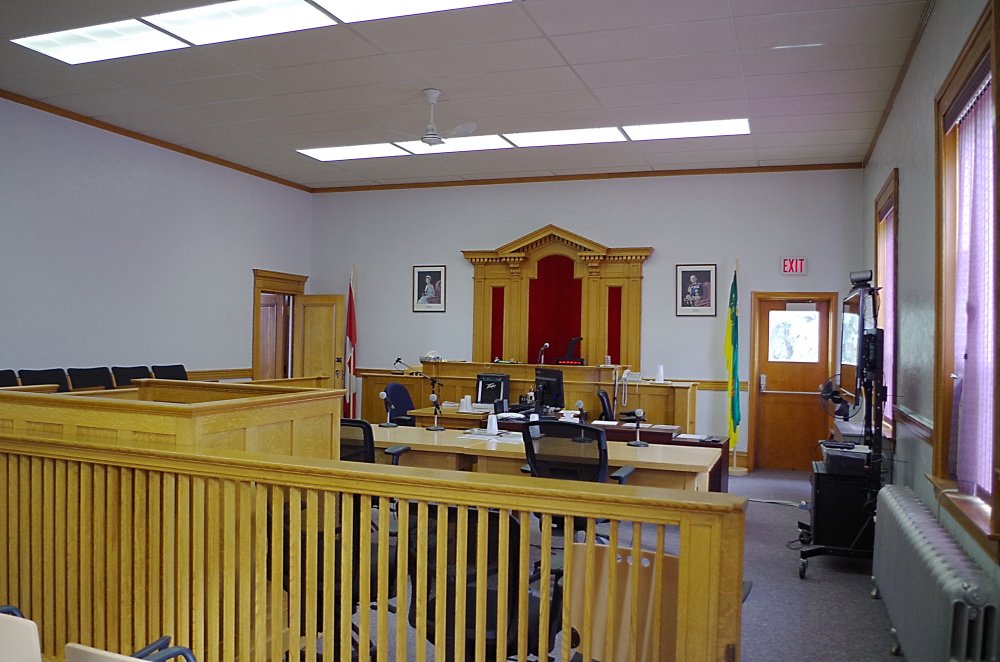 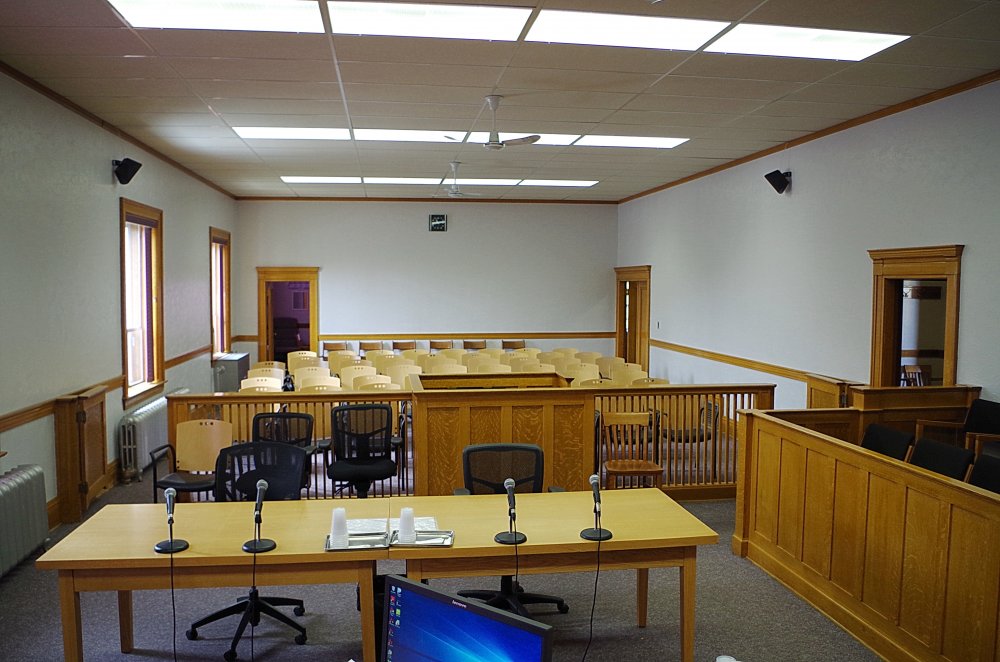 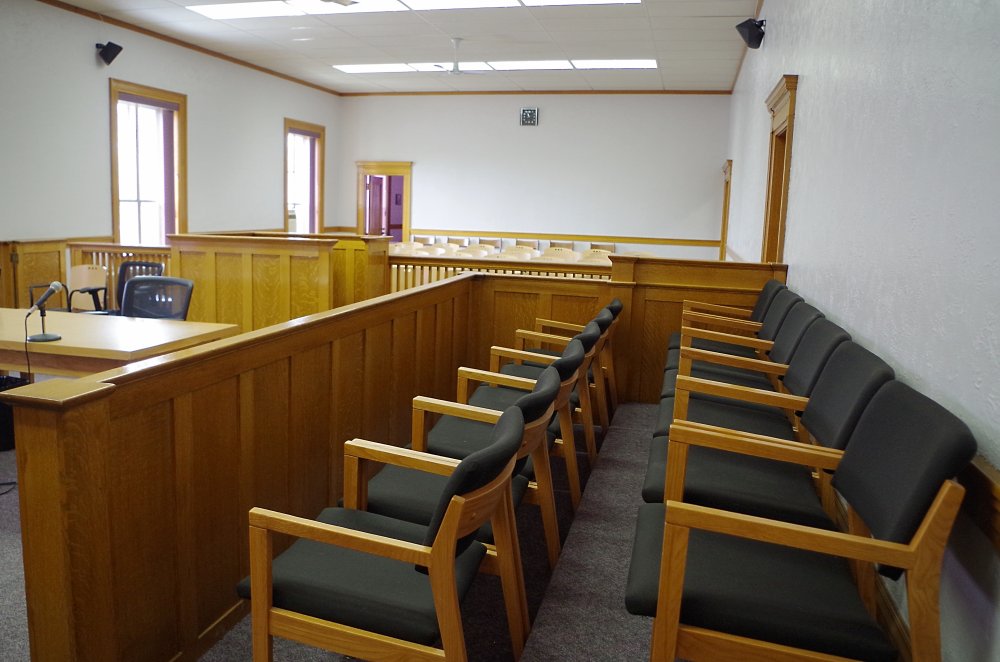