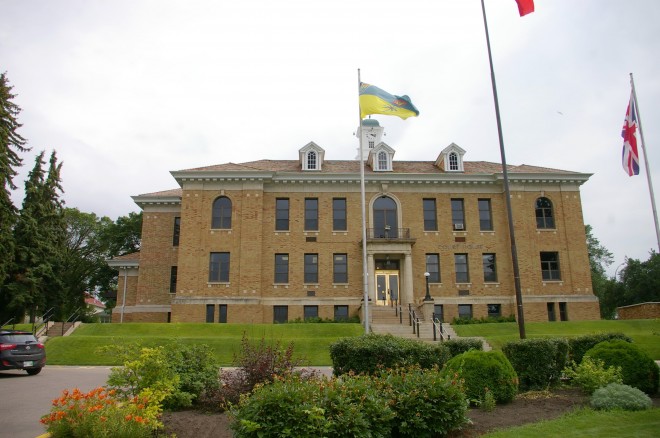 Location:  Prince is located in the central north part of the Province along the North Saskatchewan River.

Description:  The building faces north and is a two story buff brick, concrete and stone structure. The building sits at the top of a hill overlooking the downtown and has spacious landscaped grounds in the center of Prince Albert. The north front has a central entrance on the first story which has a small portico with large arched window on the second story. The east and west corner section project slightly. The east side has a projecting wing. The hipped roof has three dormers. On the centre of the roof is a small white coloured cupola with clock. A horizontal belt runs below the first story. The large courtroom is located on the north side of the second story. The building was renovated in 2013. The architect was Moore Architects and the contractor was RNF Ventures.

See:  In Prince Albert is the Provincial Court Courthouse located to the north, 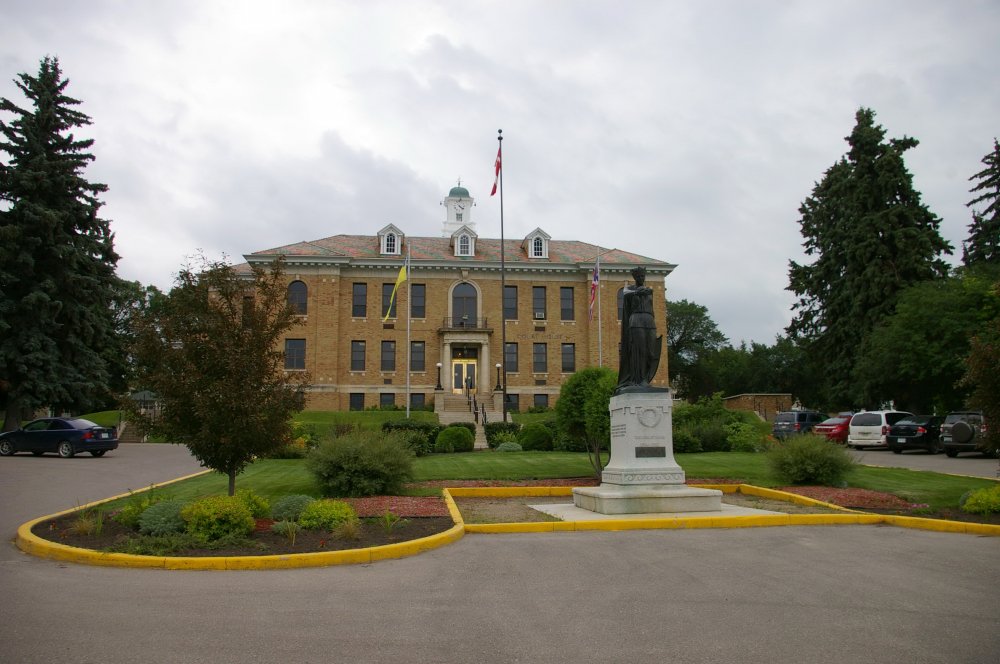 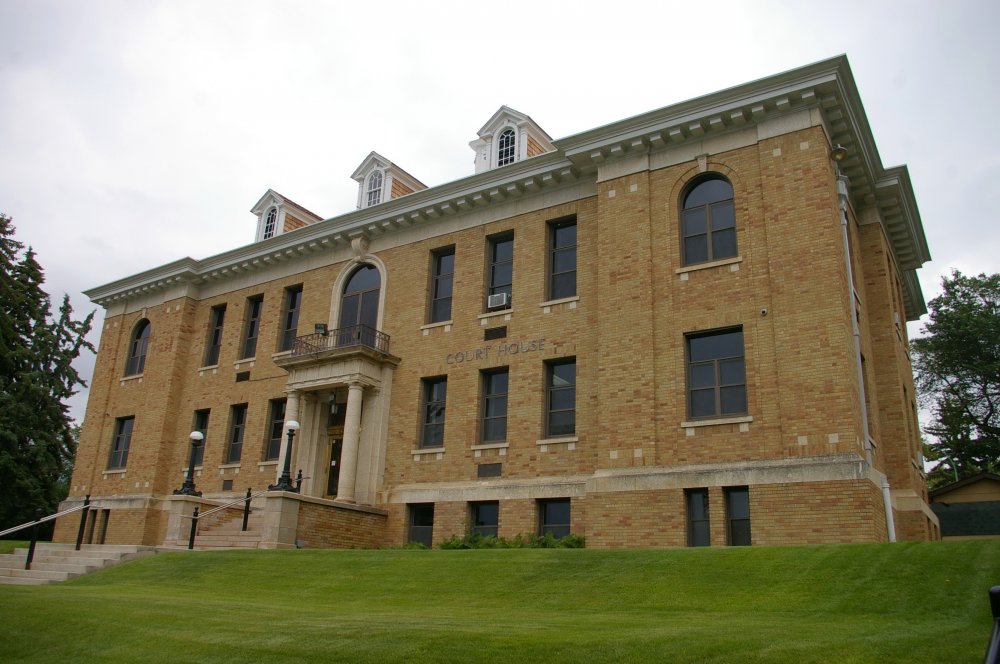 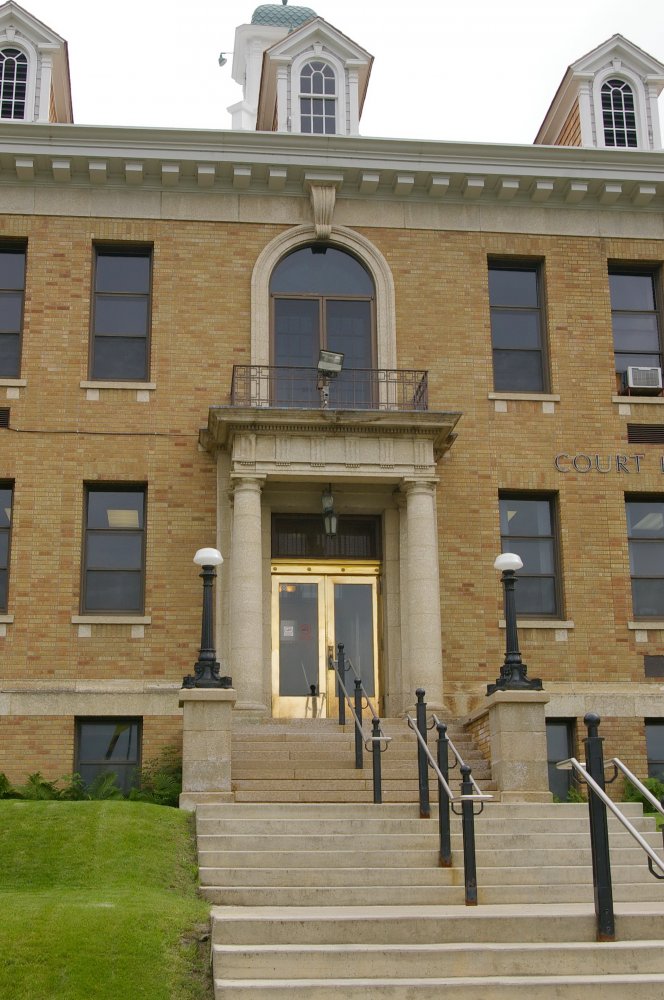 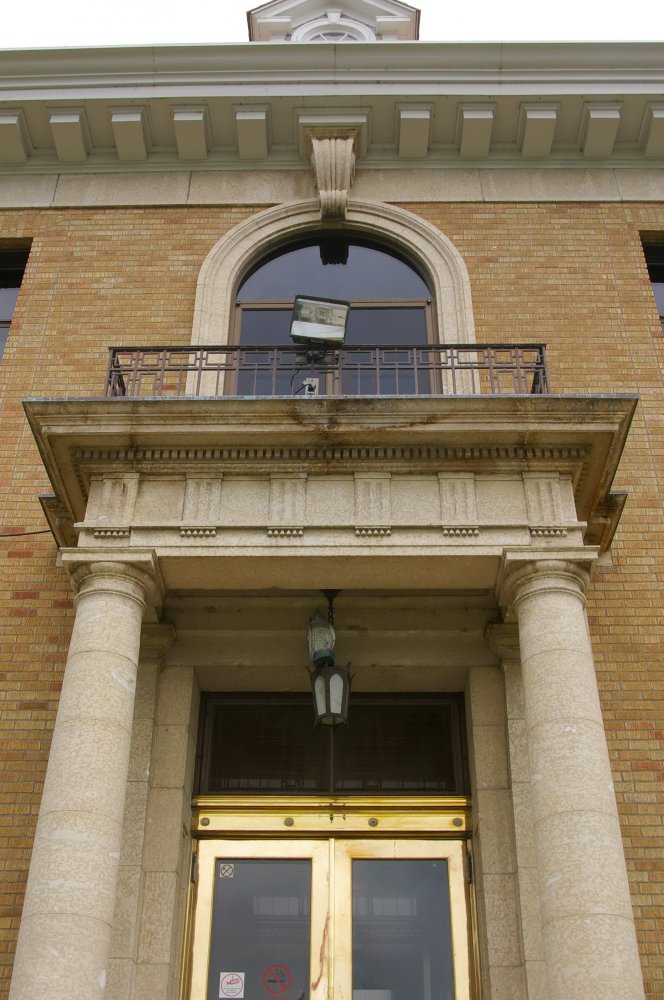 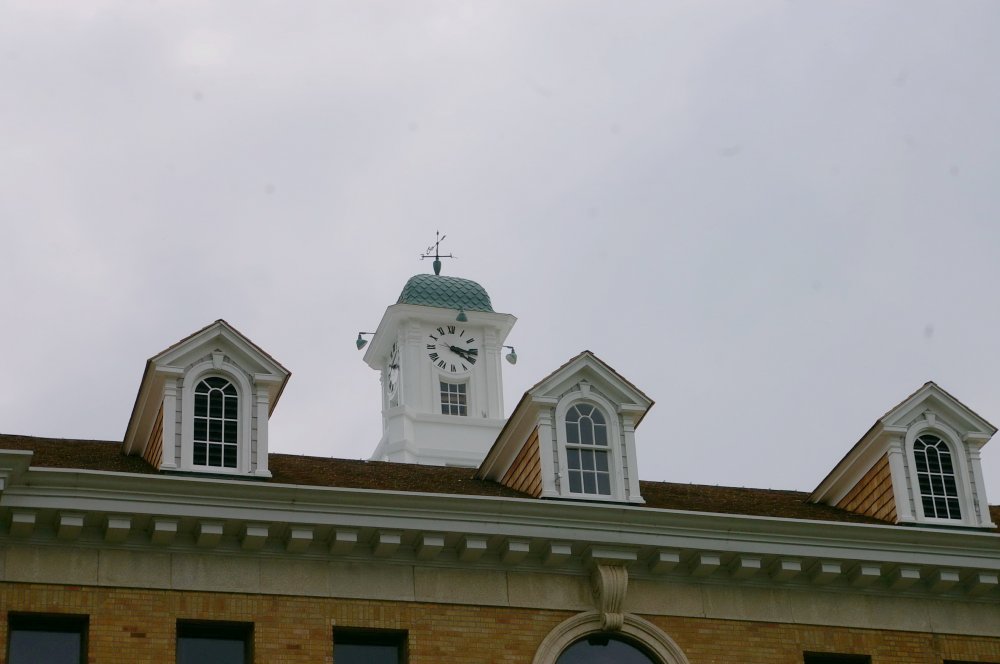 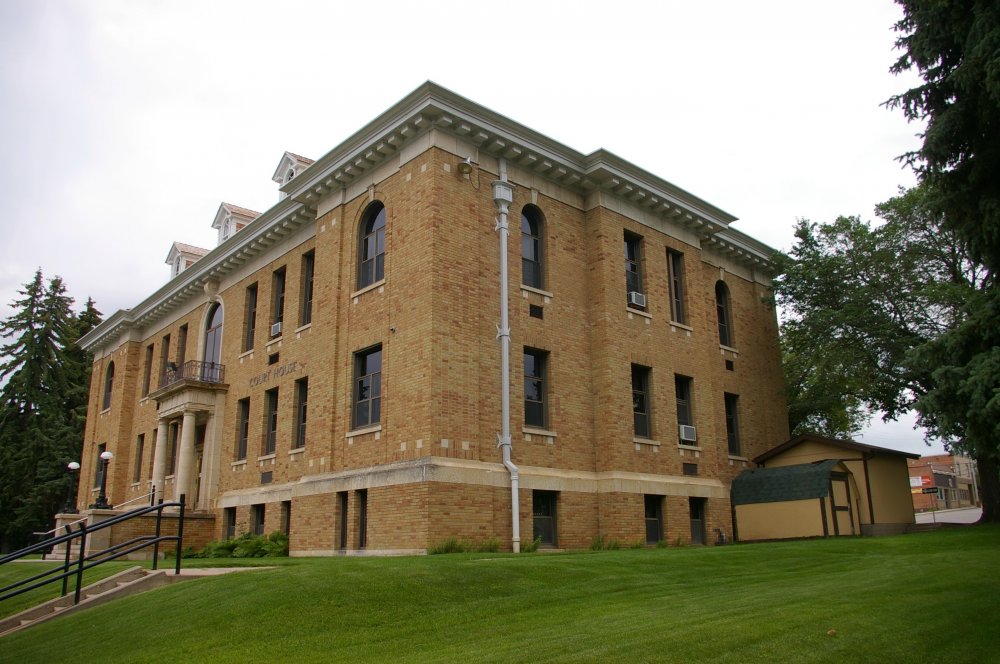 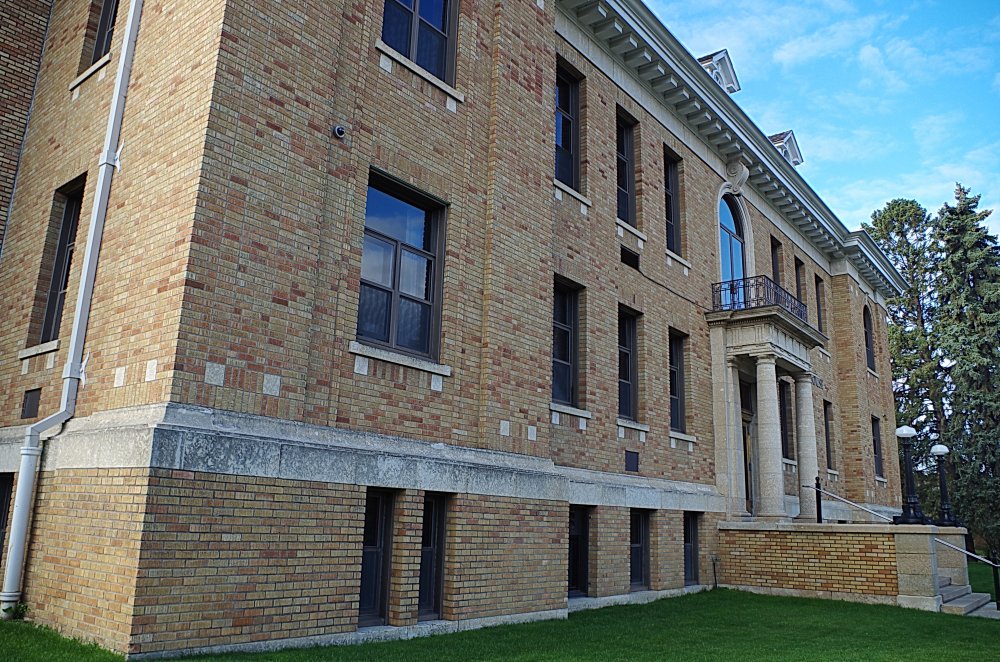 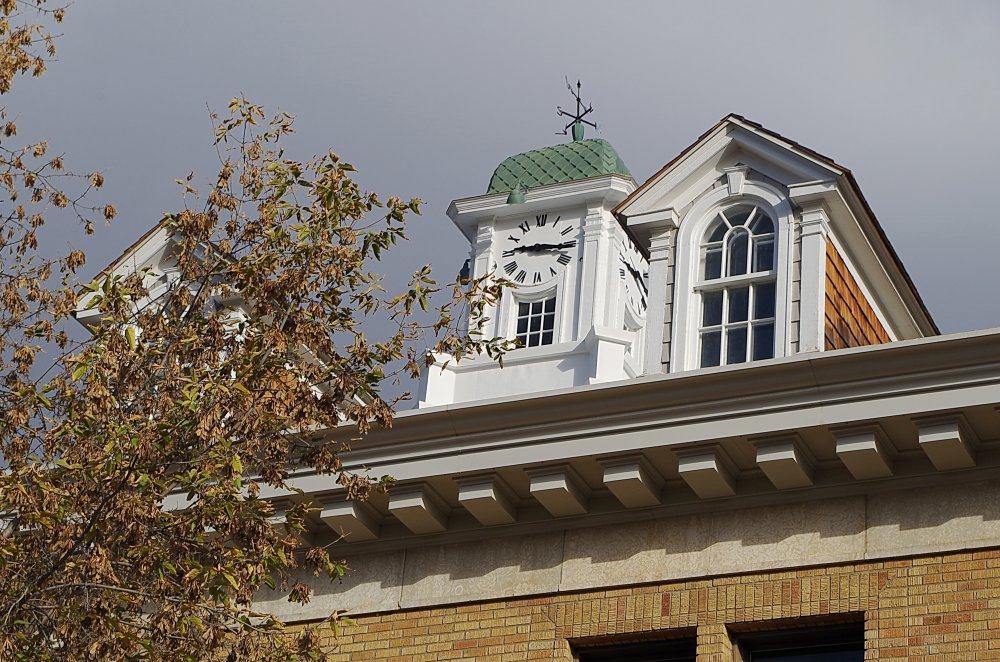