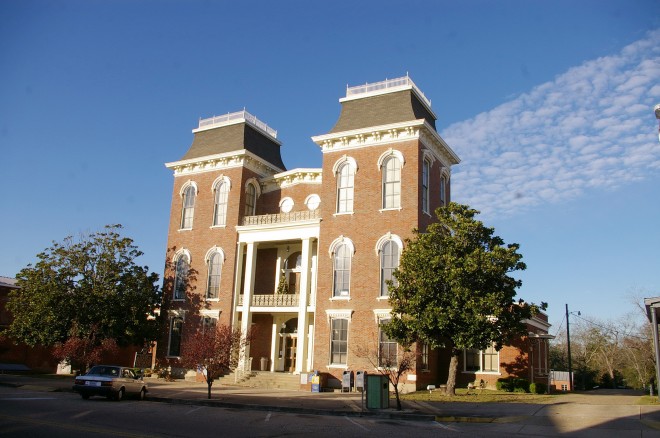 Bullock County is named for Edward Bullock, who was a Colonel from Barbour County. 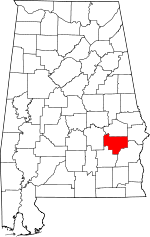 Description:  The building faces east and  is a three story red colored brick structure. The building is located in the center of Union Springs. On the east front is a recessed porch supported by two large columns rising two stories with a balcony at the top with two round windows. On the north and south sides are large square brick towers with arched windows on the second and third stories and with mansard roofs. The courtroom is located at the rear of the second story. On the south side is a one story wing. The building houses the County Circuit Court and the County District Court of the 3rd Judicial District. The building was renovated in 1992 and the architect was Goodwyn, Mills & Carwood, and the contractor was Construction Consultants. Behind the courthouse is the old three story brick jail built in 1897.

History:  The county was created in 1866 and Union Springs was selected as the county seat in 1867. The courthouse is the first and only courthouse erected in the county. The cost of construction was $60,000. 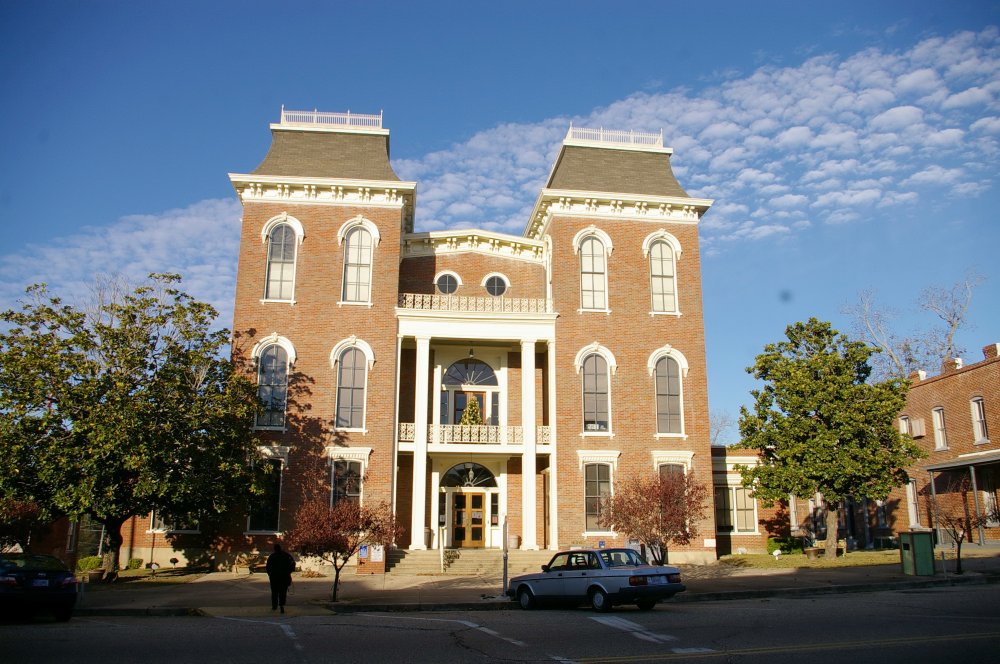 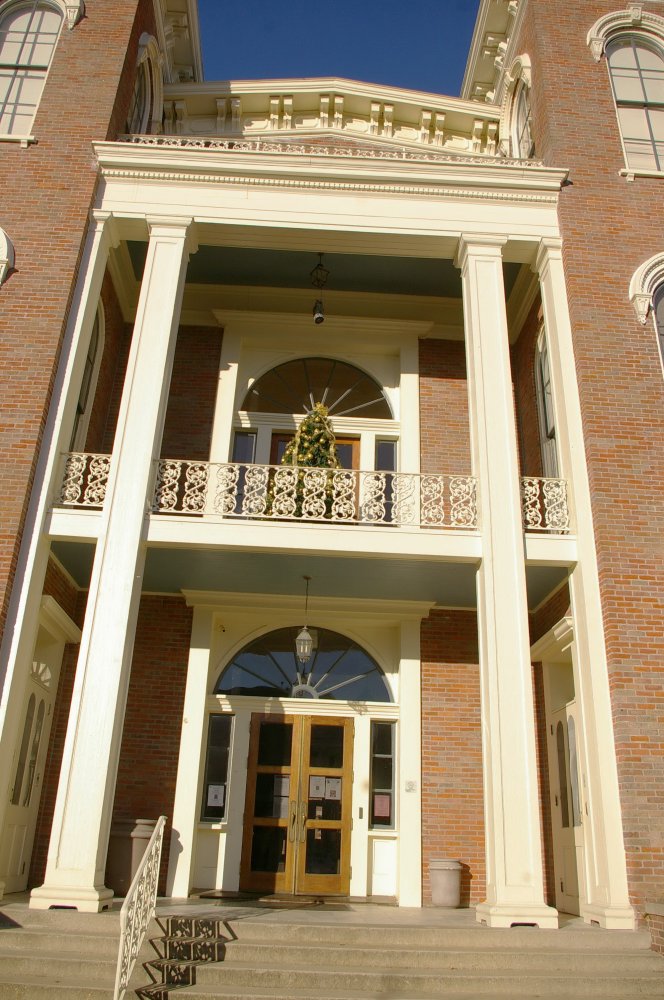 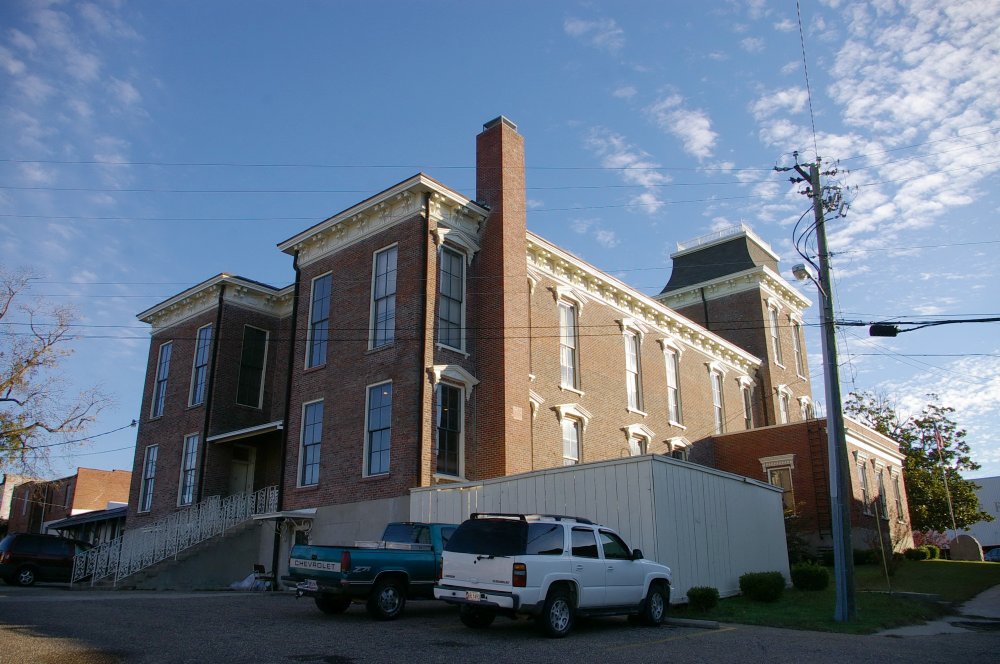 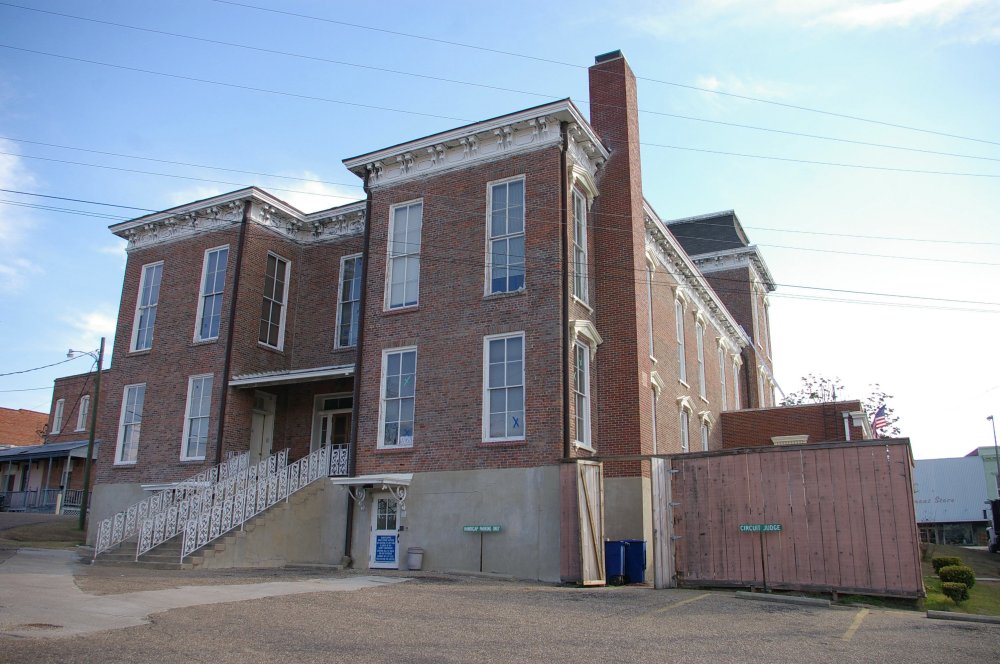 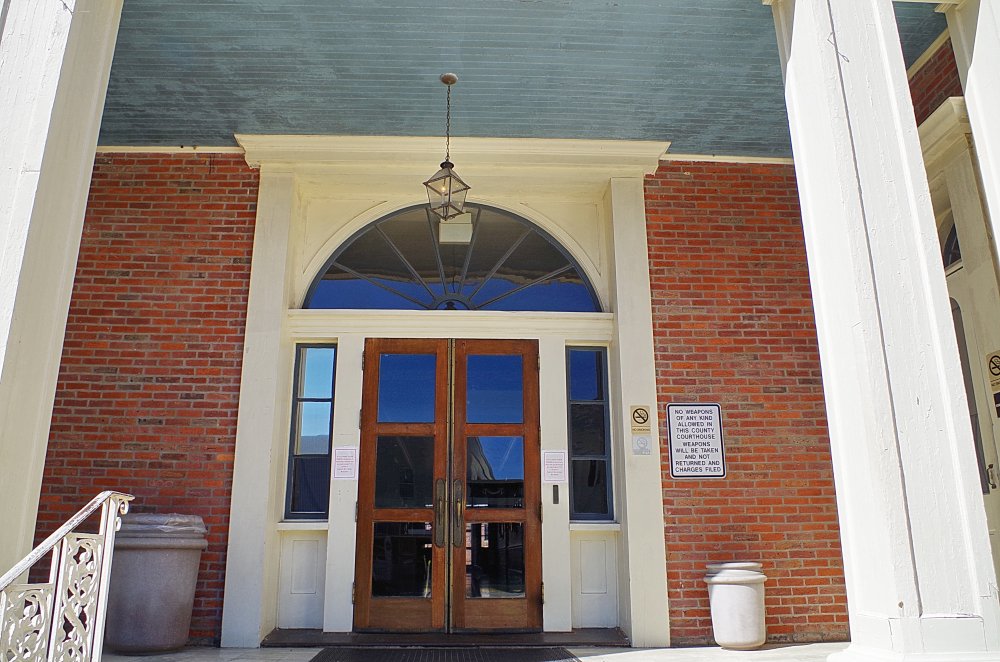 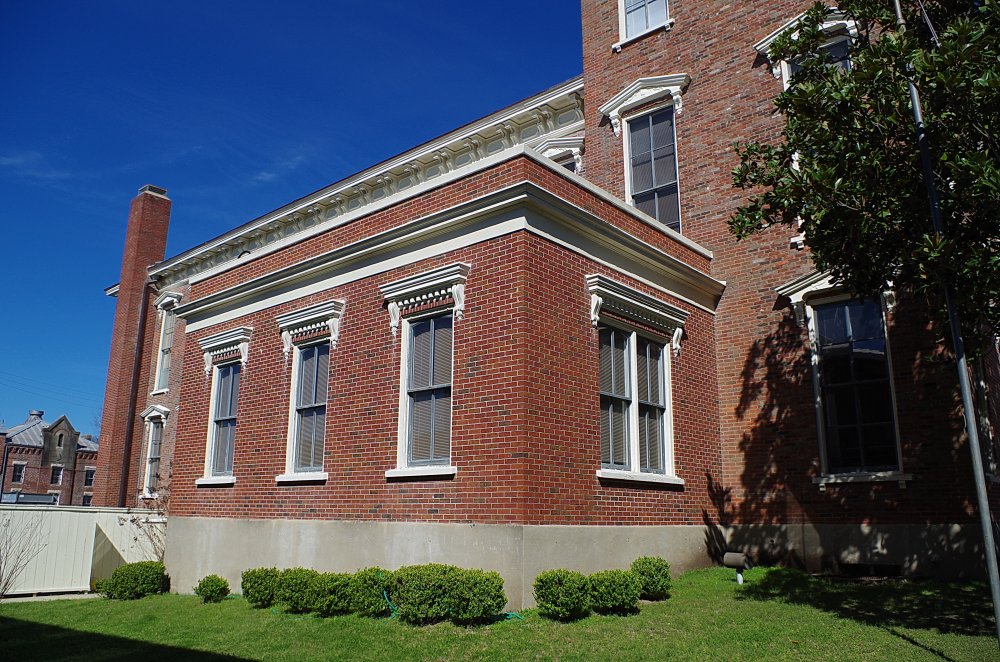 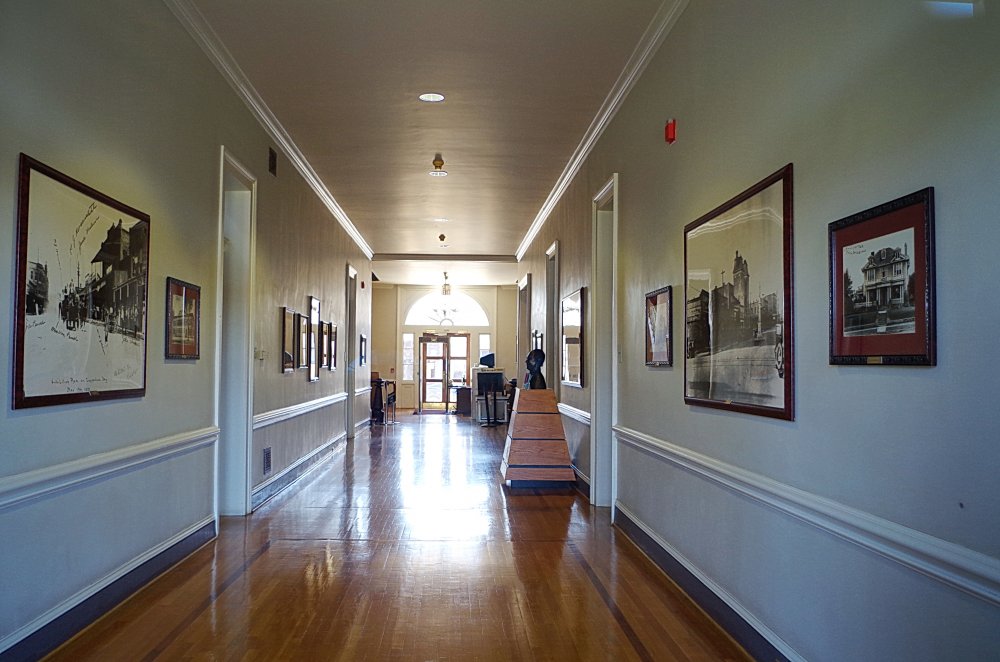 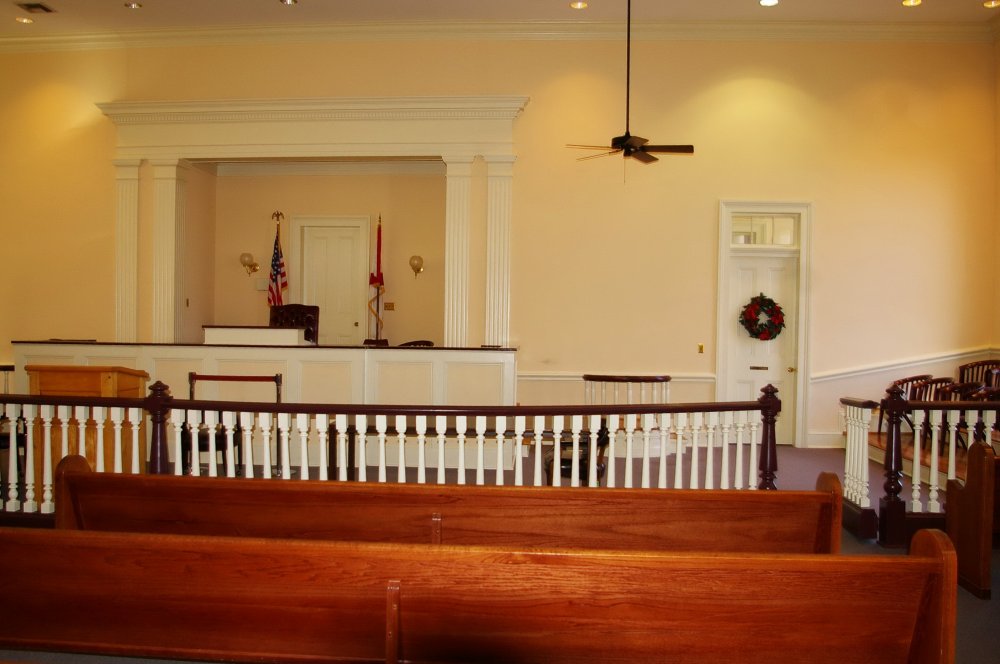