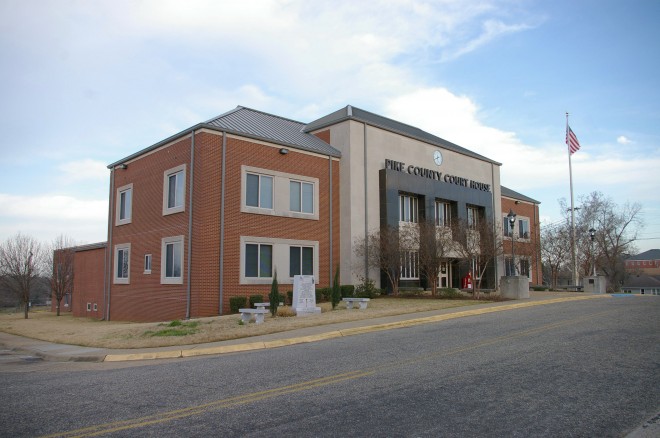 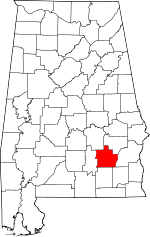 Description:  The building faces east and is a two story red colored brick, glass and concrete structure. The building is located on landscaped grounds in the center of Troy. On the east front is a projecting center section with stone facing and black colored stone trim forming three square arches at the entrance located in the center of the east front. Above the black colored stone is the clock. The roof is hipped. The main courtroom is located on the first story and there are two small courtrooms on the second story. The building houses the Circuit Court and District Court of the 12th Judicial District. The architect was Hinch, Lersead & Crump and the contractor was J S Curry. The building was renovated in 2001. 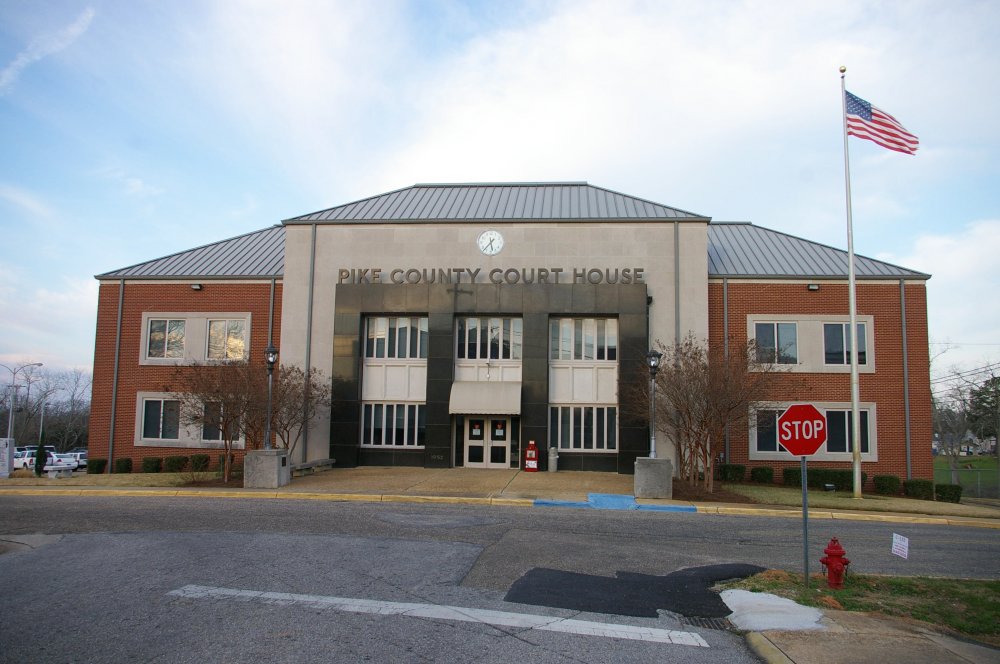 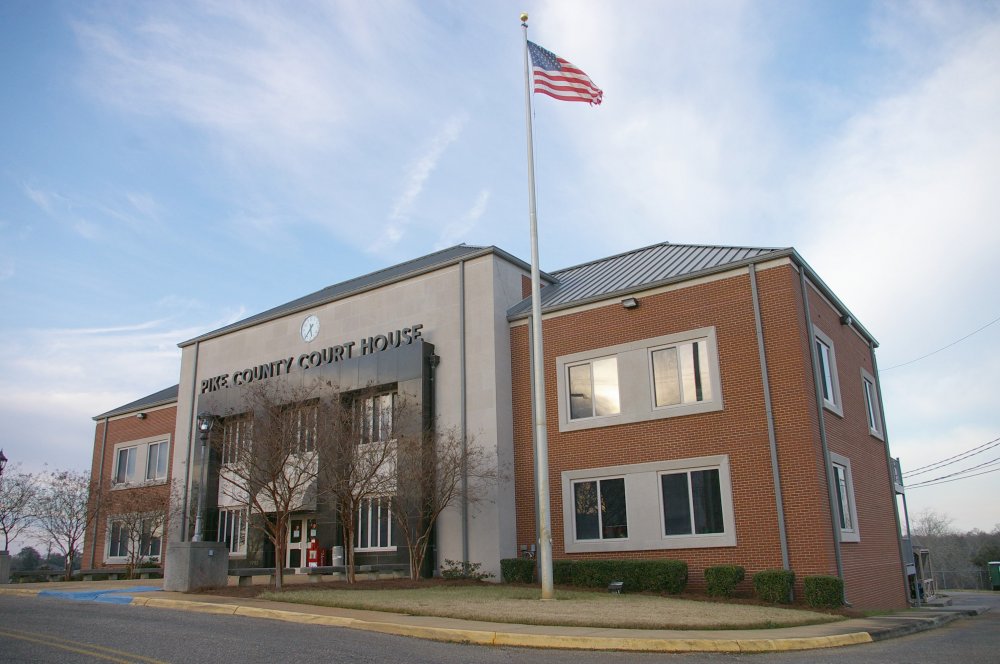 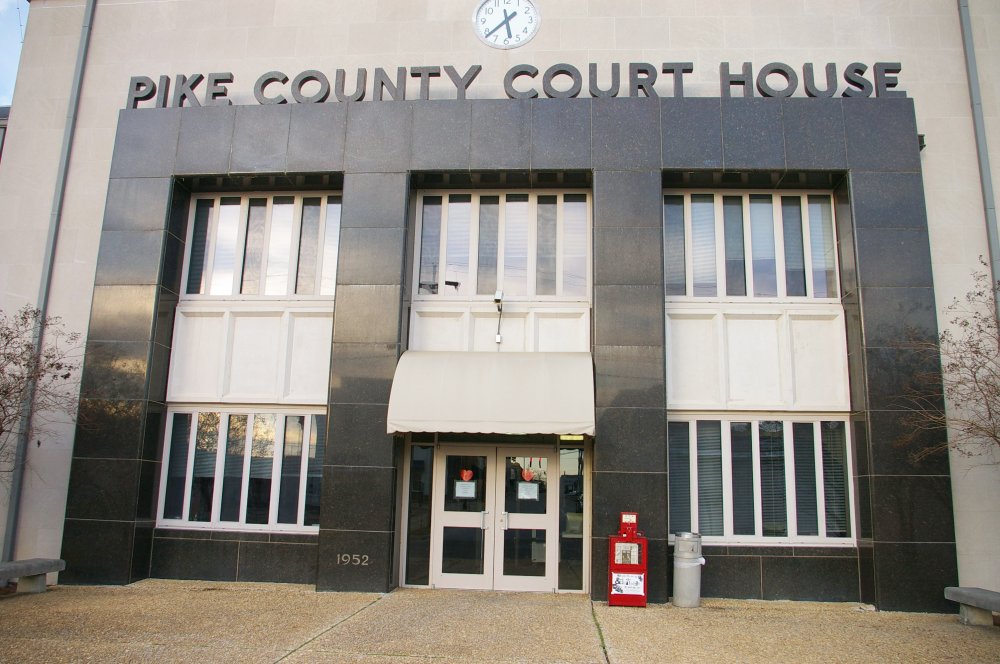 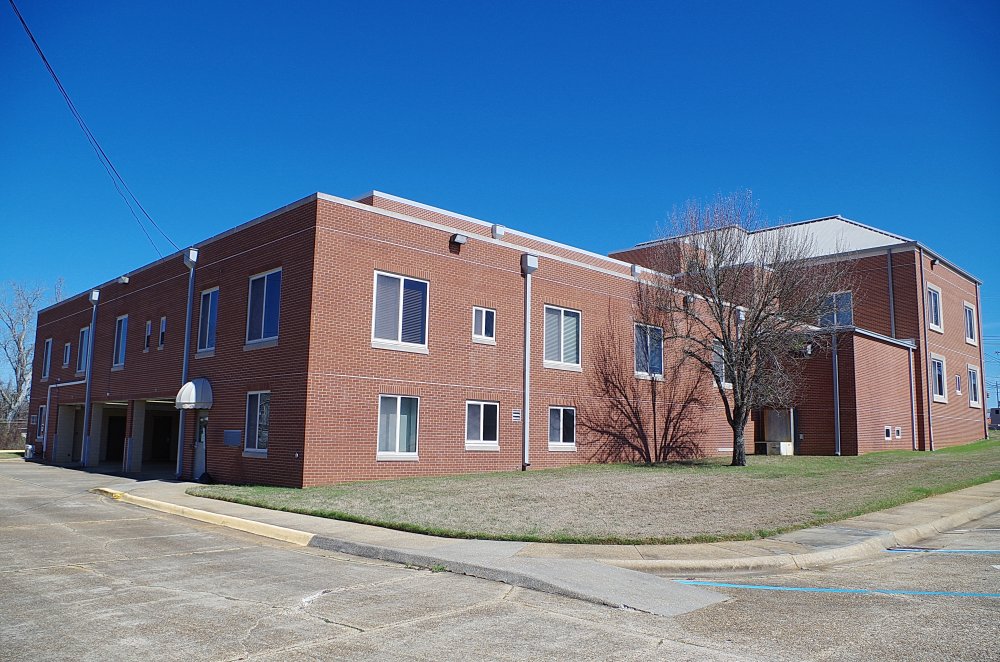 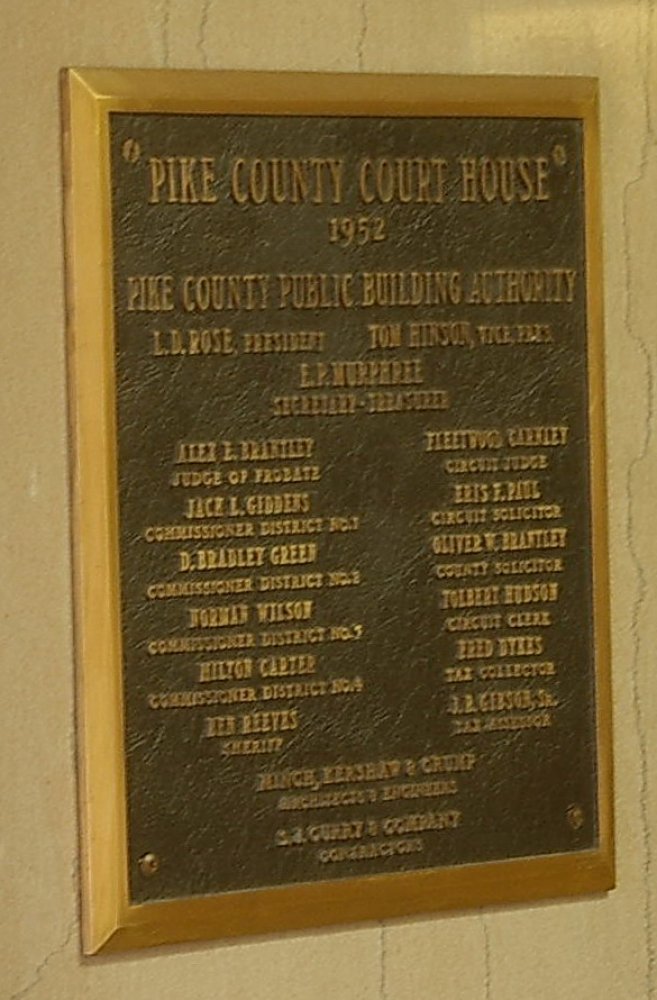 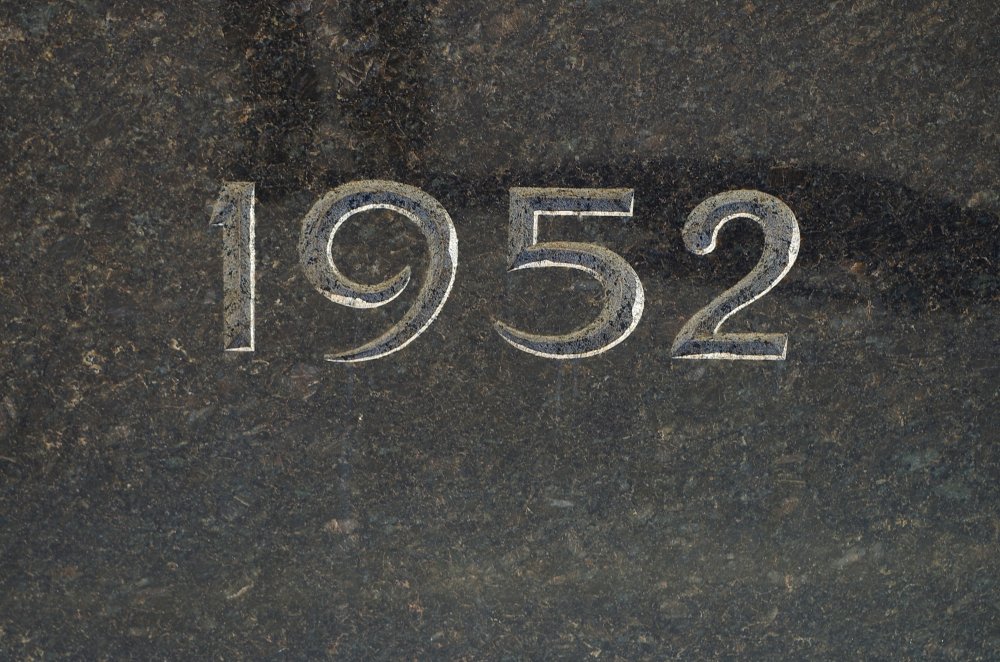