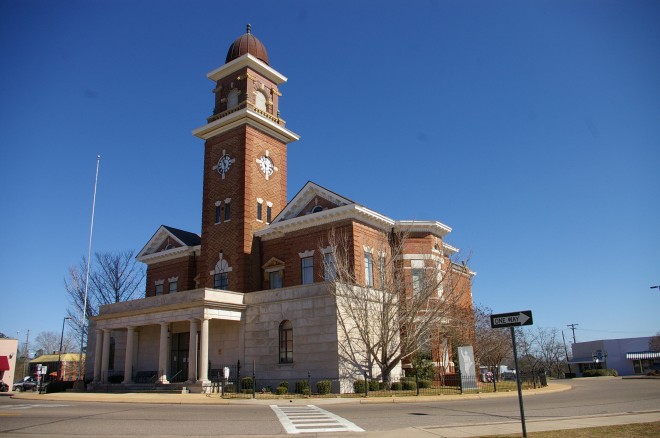 Butler County is named for William Butler, who was born in Virginia and who fought in the Creek War and was killed in 1818. 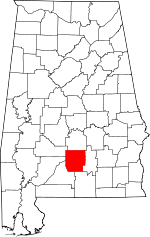 Architect:  B B Smith

Description:  The building  faces west and is a two story red colored brick, stone and concrete structure. The building is located on the landscaped grounds of Courthouse Square in the center of Greenville. The west front has a portico on the first story supported by six columns. The front of the first story is faced with stone. Above the entrance rises a five story clock tower having a balcony around the fifth story and a red dome at the top. On the north and south sides are three sided projections. The courthouse was first constructed in 1871 and completely remodeled in 1903 to 1904. The building houses the County Circuit Court and the County District Court of the 2nd Judicial District. The building was renovated in 1971. The architect was C H Lancaster, Jr. of Montgomery and the contractor was Andalusia Development Company of Andalusia. 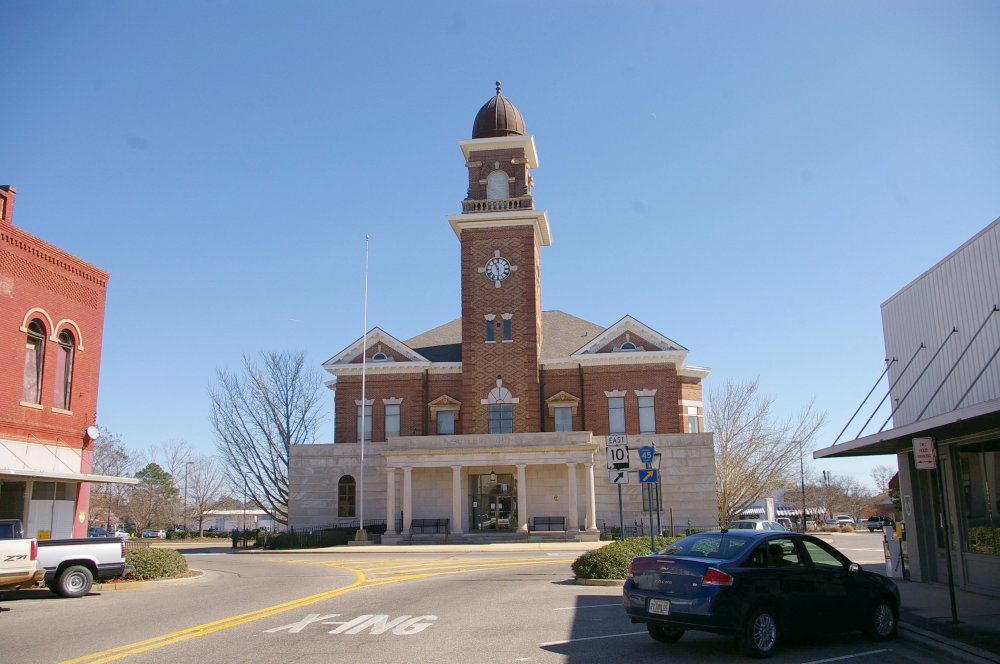 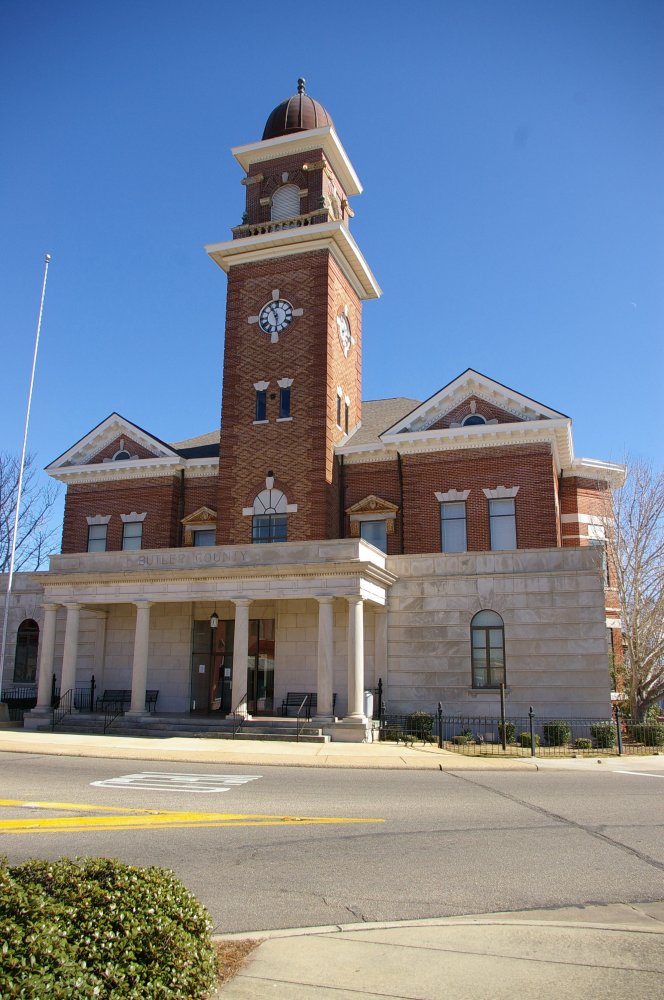 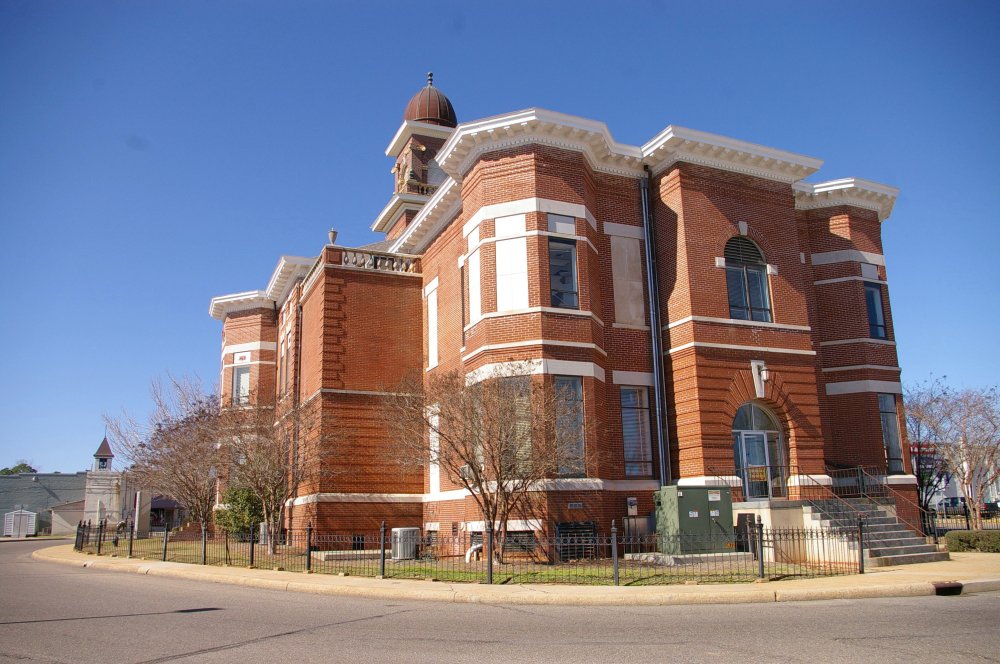 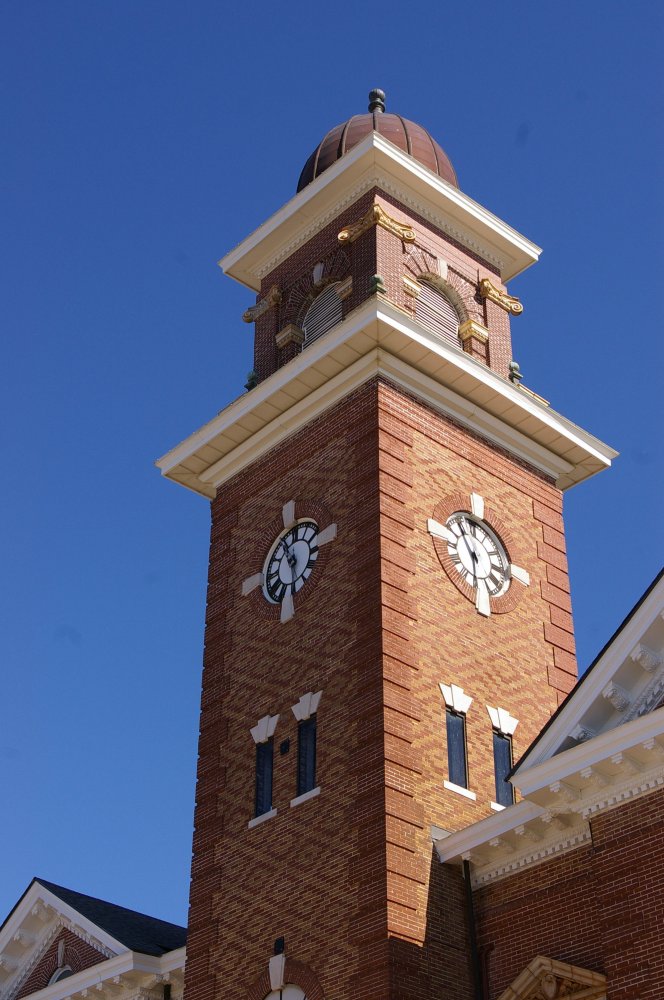 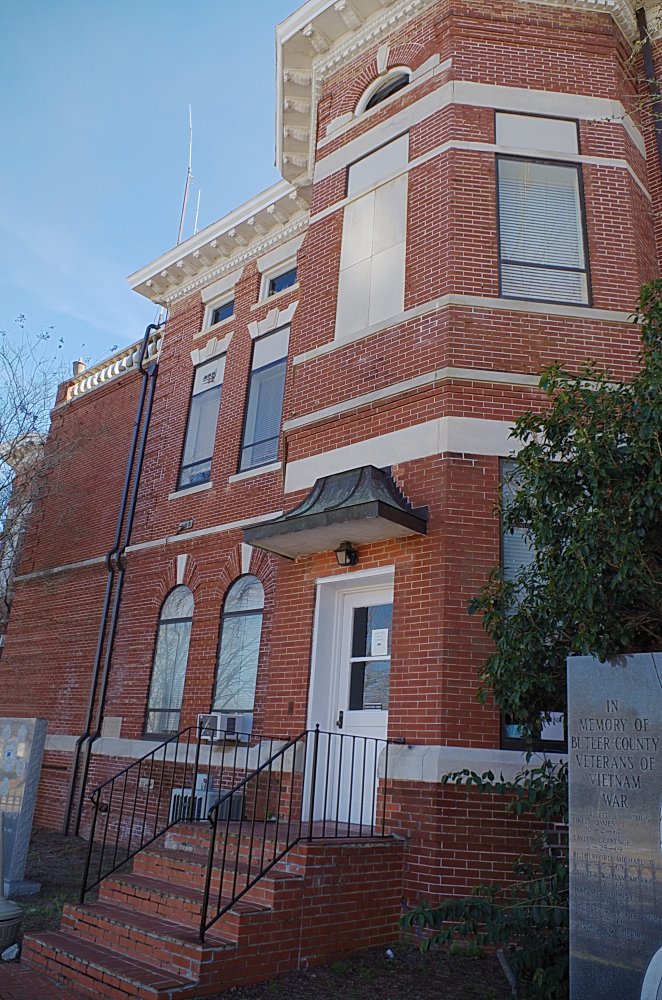 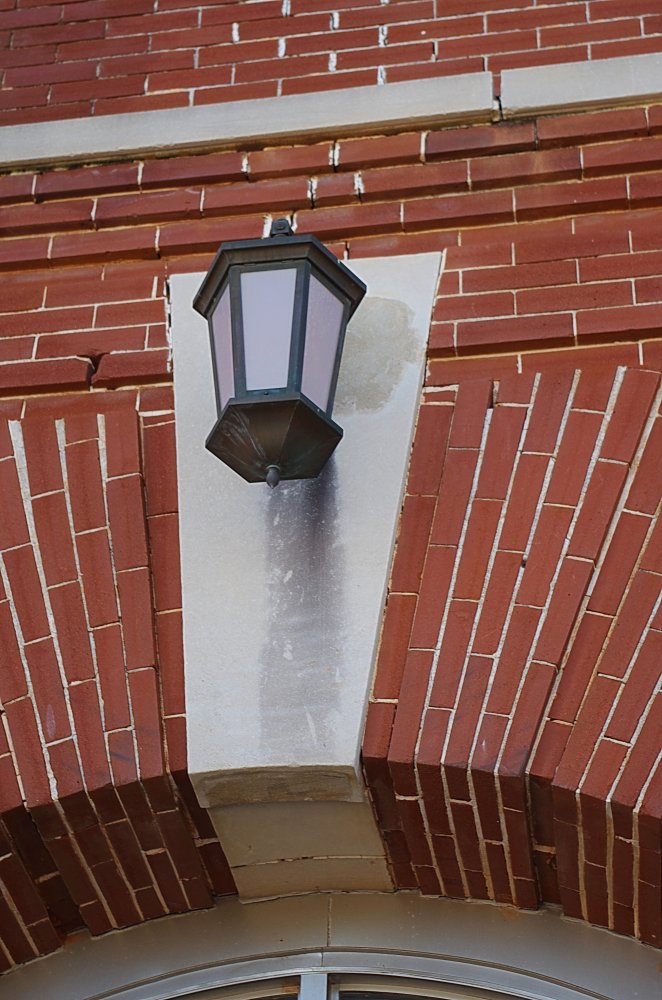 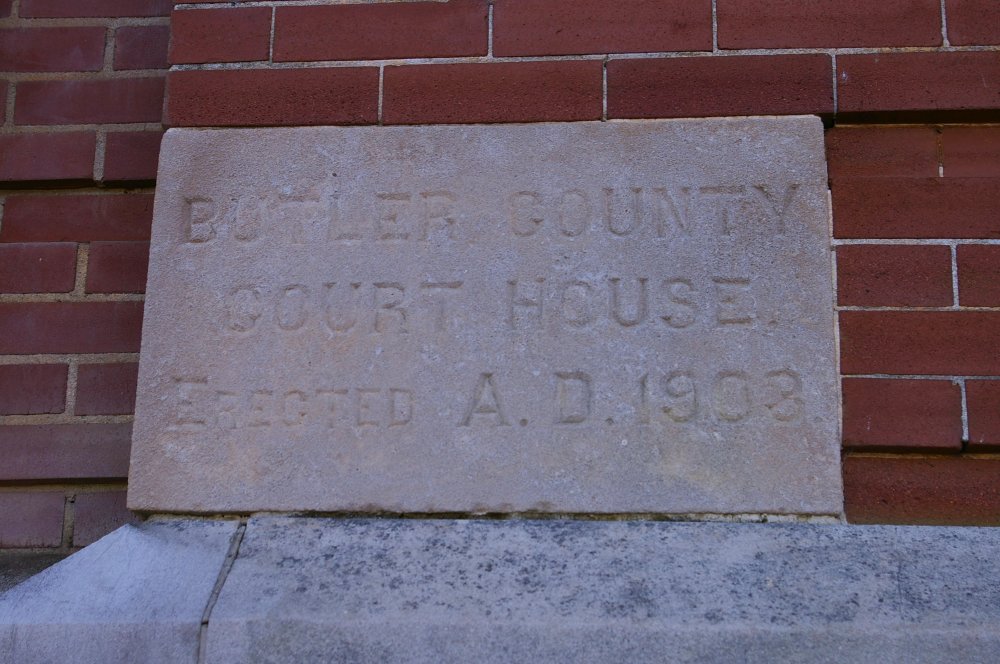 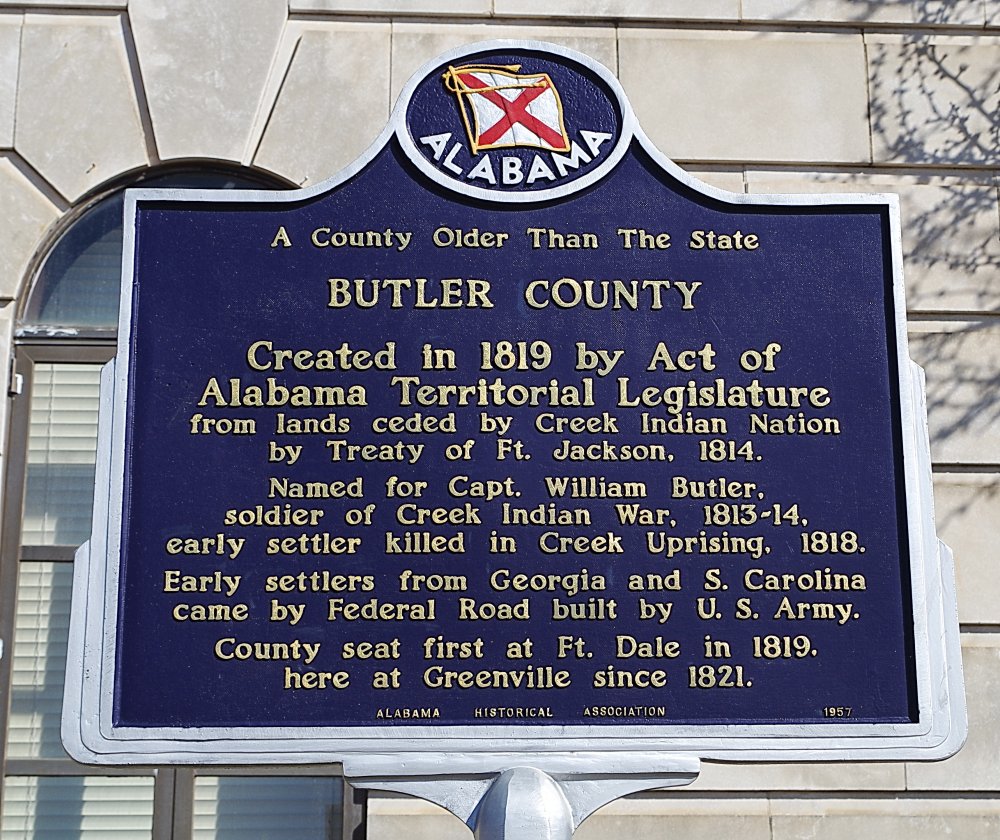