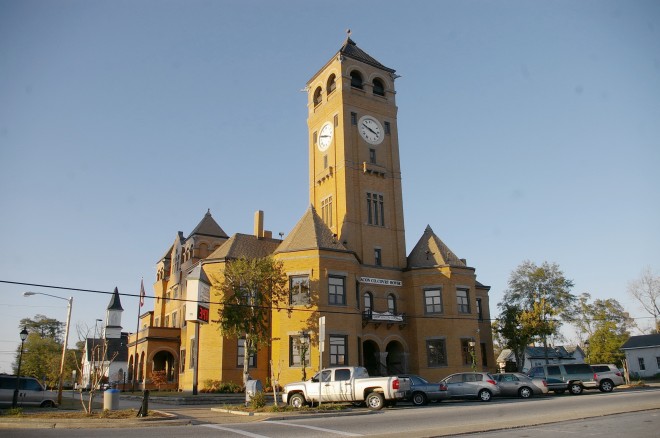 Macon County is named for Nathaniel Macon, who was a United States legislator from North Carolina. Description:  The building  faces southeast and is a three story buff colored brick, stone and concrete structure. The building is located in the center of Tuskegee. The southeast front has a high seven story square brick clock tower with steep roof. There are octagonal towers on either side of the clock tower. On the west side is a three arched porticoes. The courthouse is the only courthouse in Alabama that has gargoyles locate at each corner of the clock tower. The courtroom is located on the second story.  The building is named as the Judge Aubrey Ford Jr. Justice Center. The building houses the County Circuit Court and the County District Court of the 5th Judicial District.

History:  The county was created in 1832 ans Tuskegee was selected as the county seat. The first courthouse was a log cabin built in 1833 in the center of Tuskegee on the town square. The second courthouse was designed by Charles Ordeman and built in 1853. The third and present courthouse was constructed in 1905 to 1906 at a cost of $42,000. 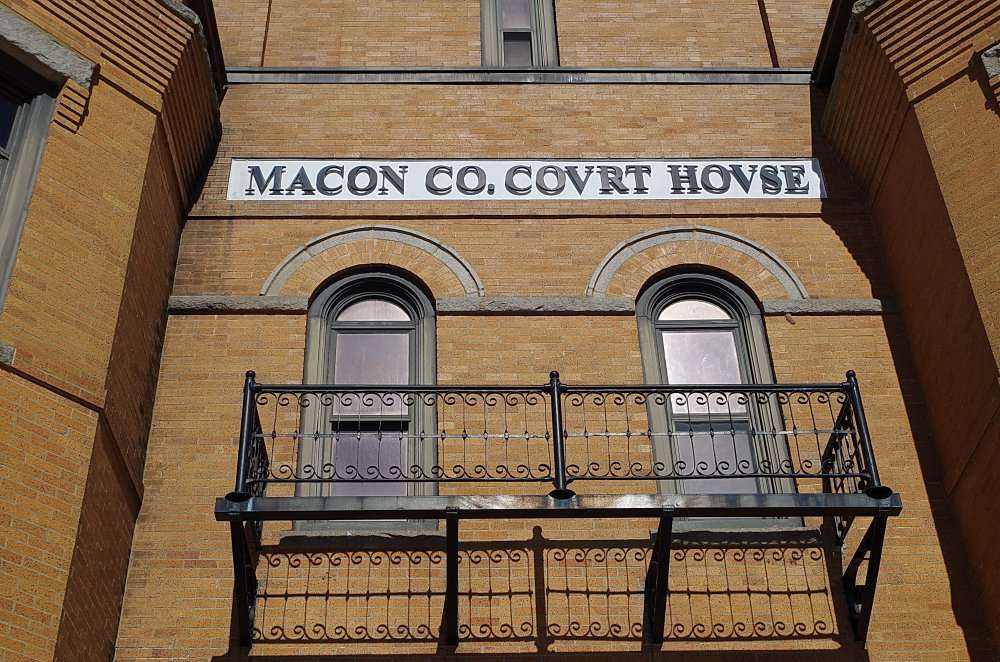 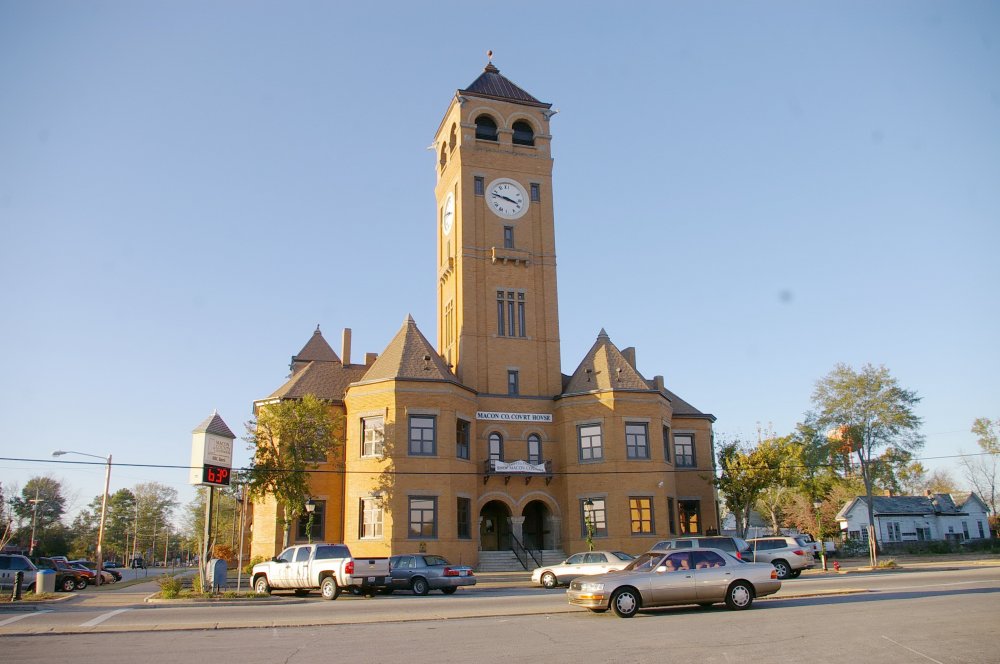 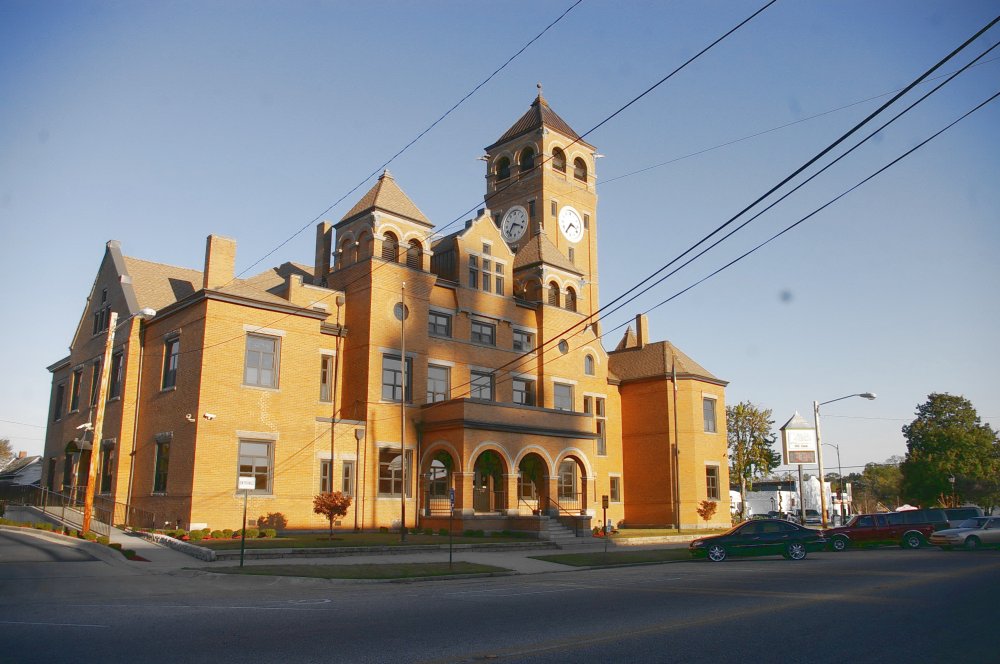 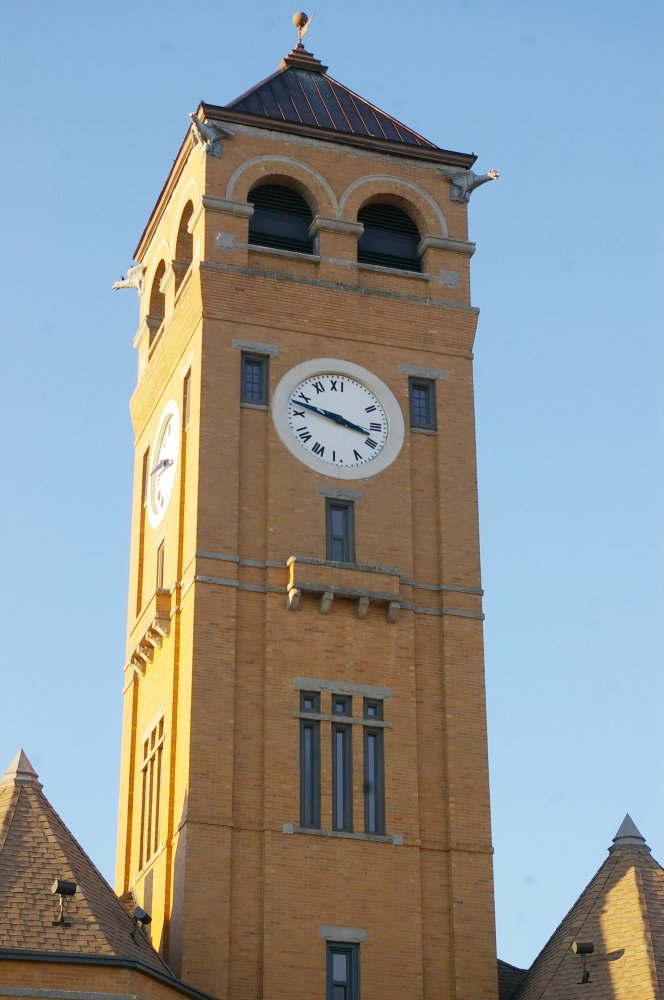 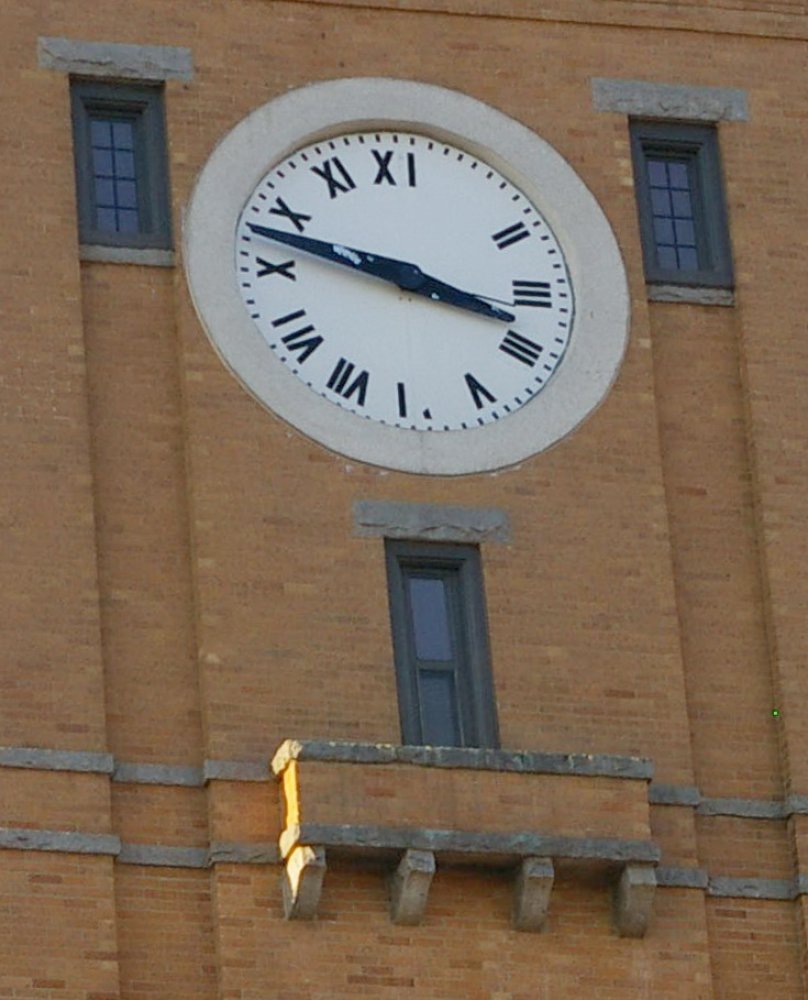 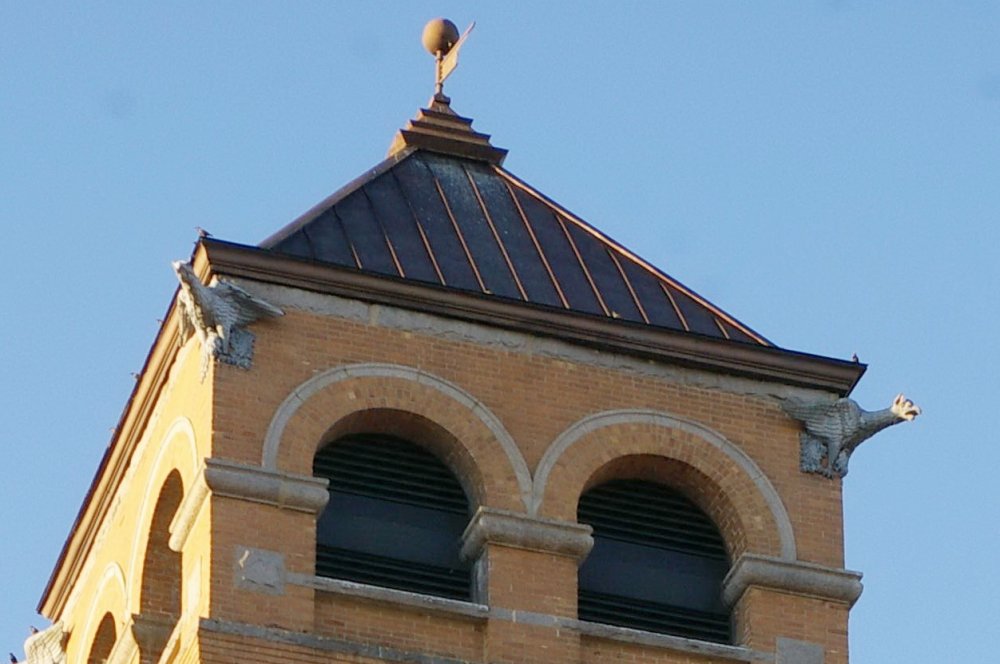 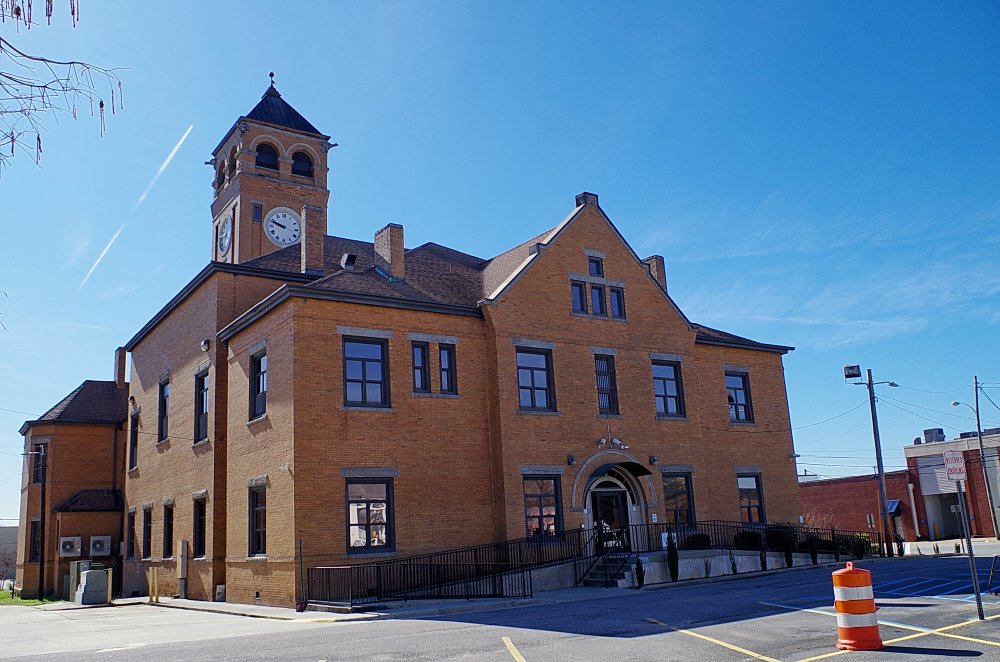