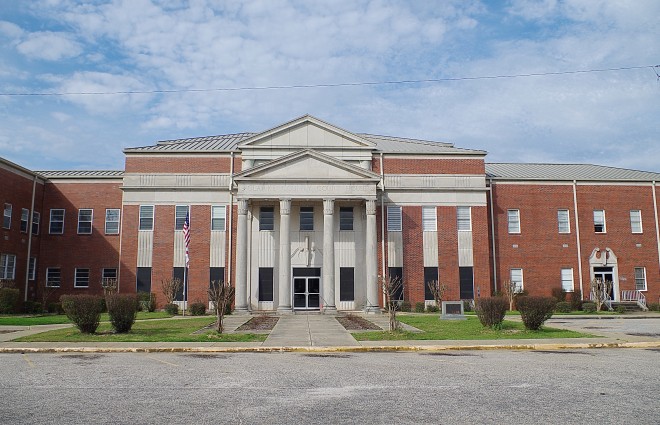 Clarke County is named for John Clarke, who was a Governor of the State of Georgia. 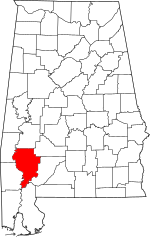 Description:  The building faces east and is a two story dark red colored brick and concrete structure. The building is located on landscaped grounds in the center of Grove Hill. The east front has a portico supported by four columns rising to a pediment at the top of the second story. The central section behind the portico is gray concrete with a hipped roof. Two wide horizontal concrete bands run above the vertical windows which are narrow. On the north side is the red colored brick Courthouse Annex constructed in 1911 by Stratton Brothers & Ward. On the south side is the Courthouse Annex constructed in 1940 which projects on the east front. In 2007, a further addition was constructed on the north side of the 1911 Annex. The architect was PH&J Architects, Inc. of Montgomery and the contractor was J C Duke & Associates. 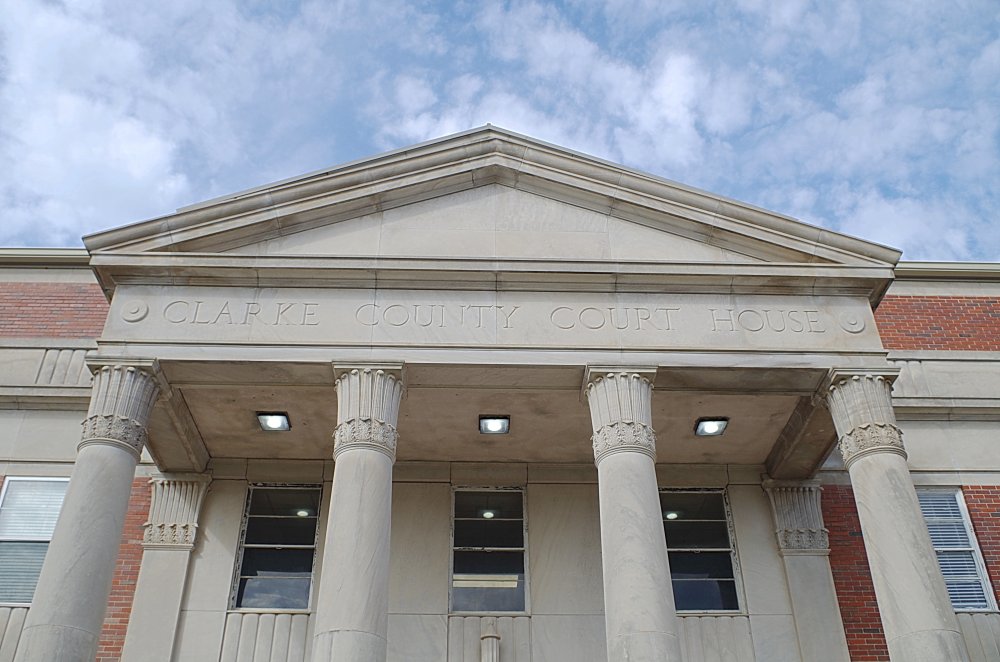 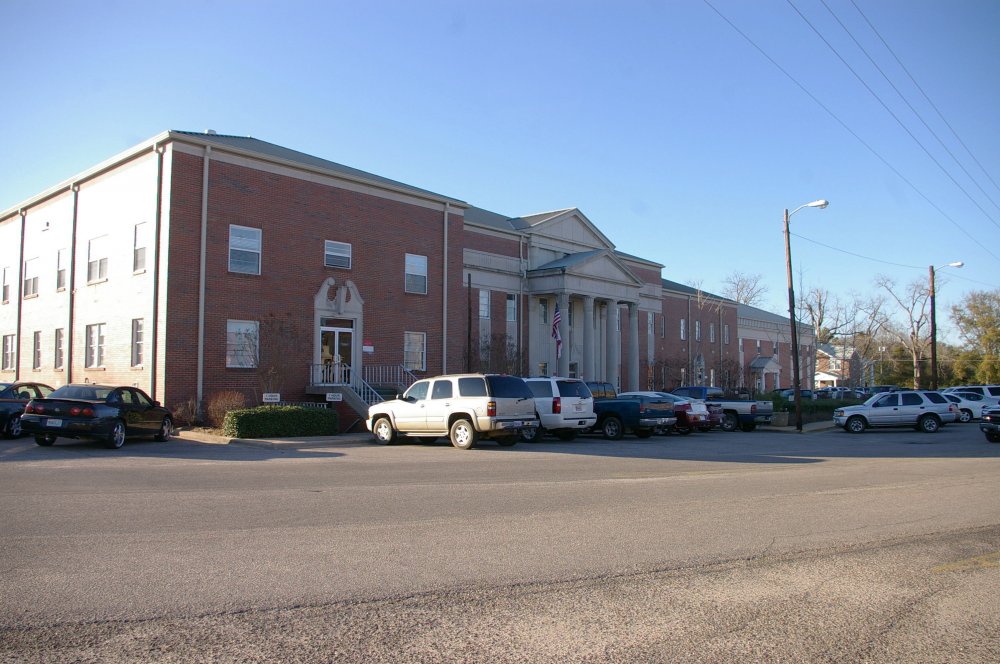 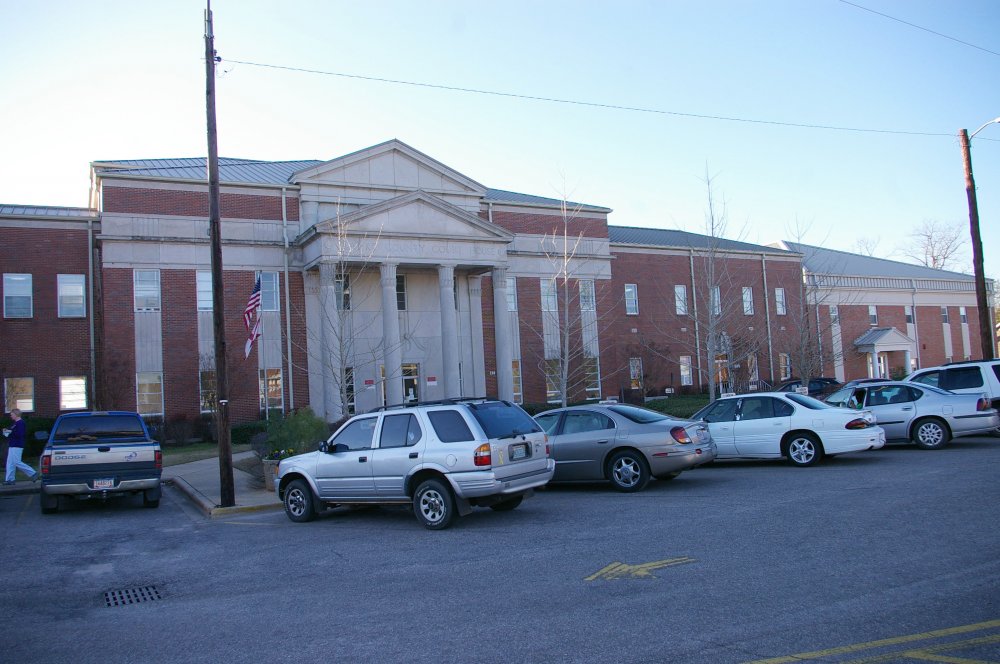 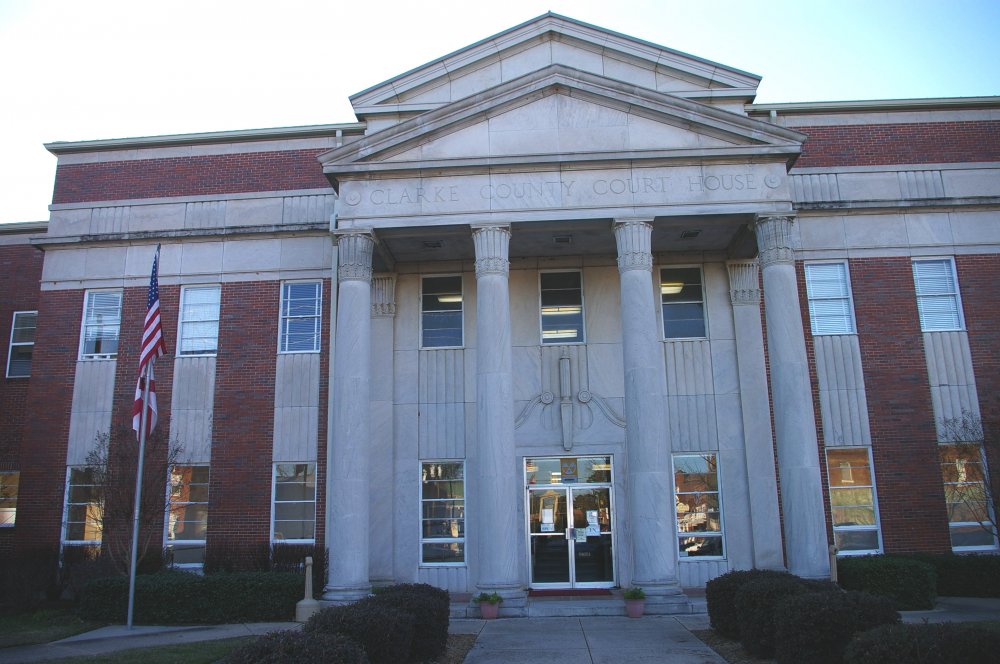 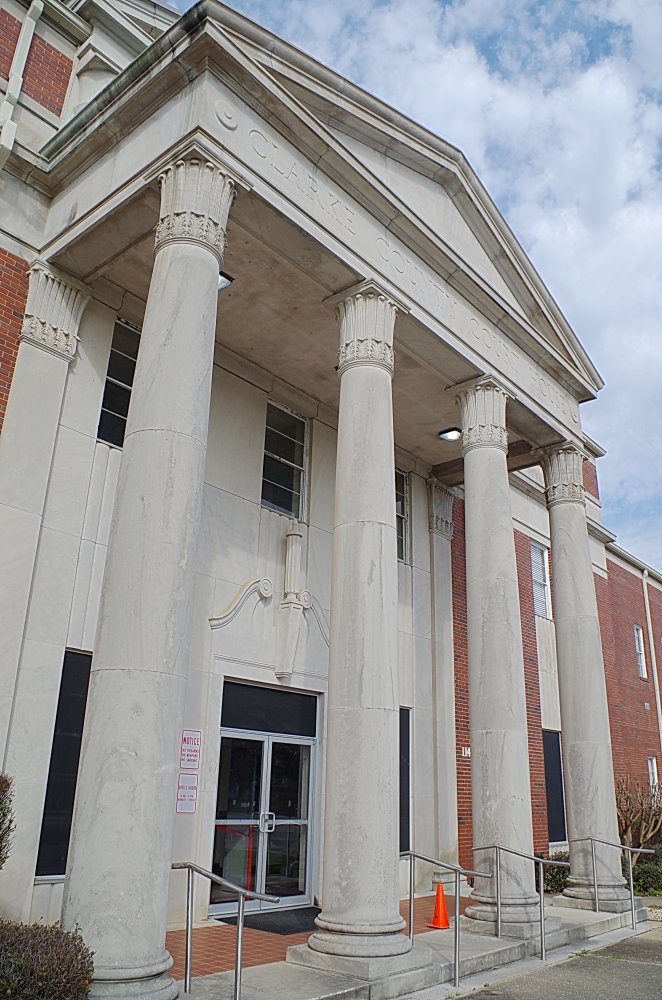 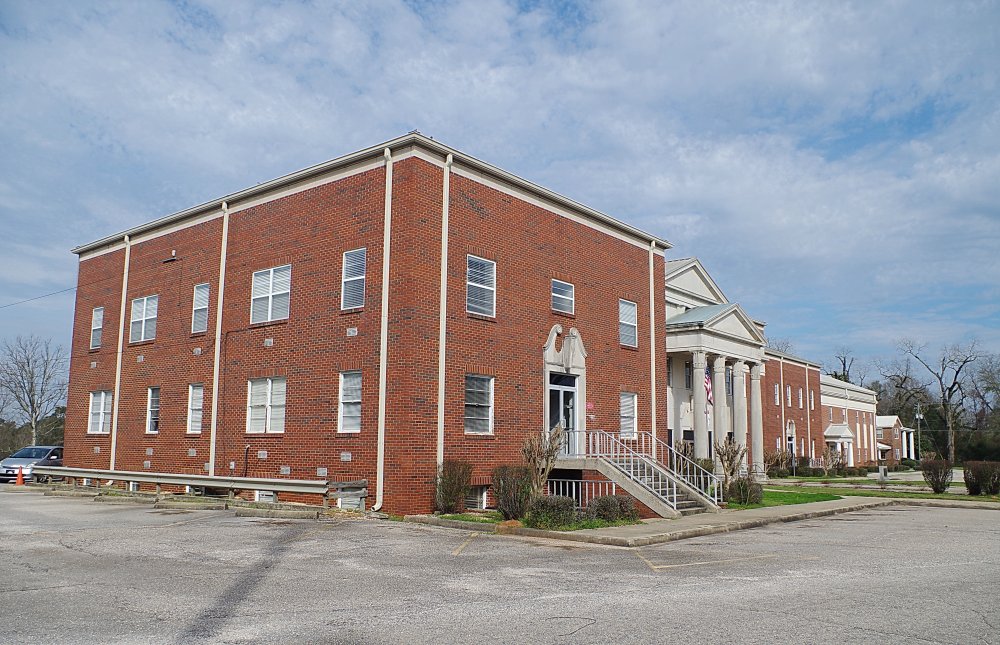 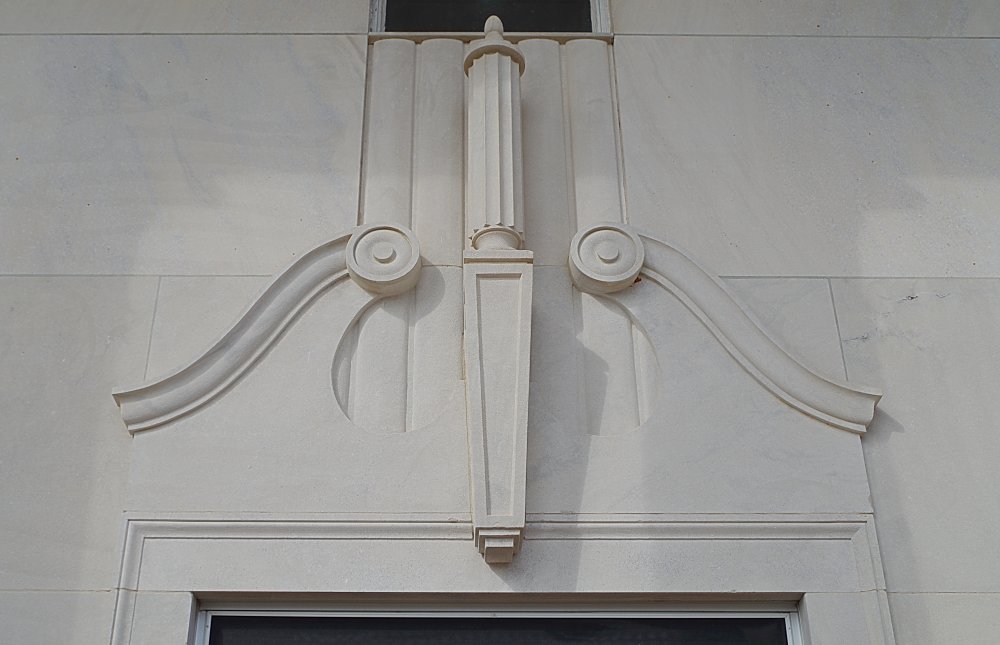 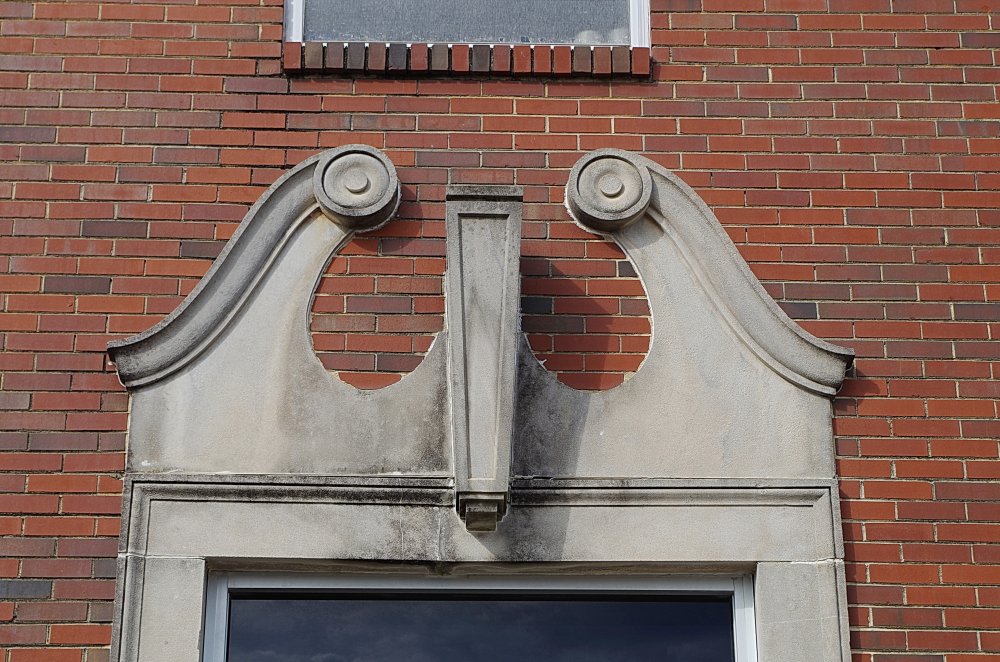 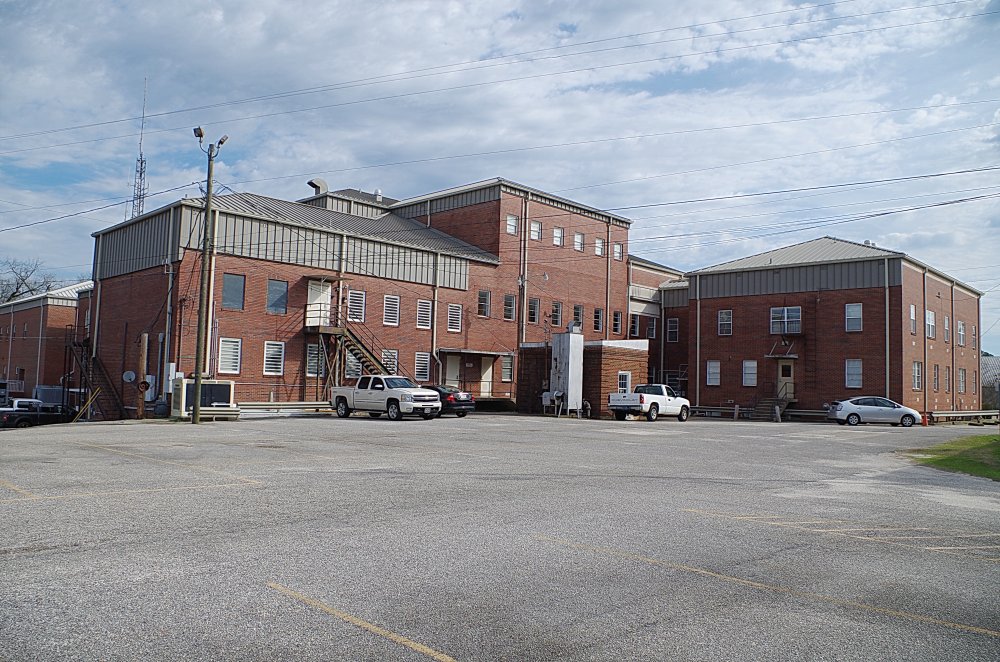 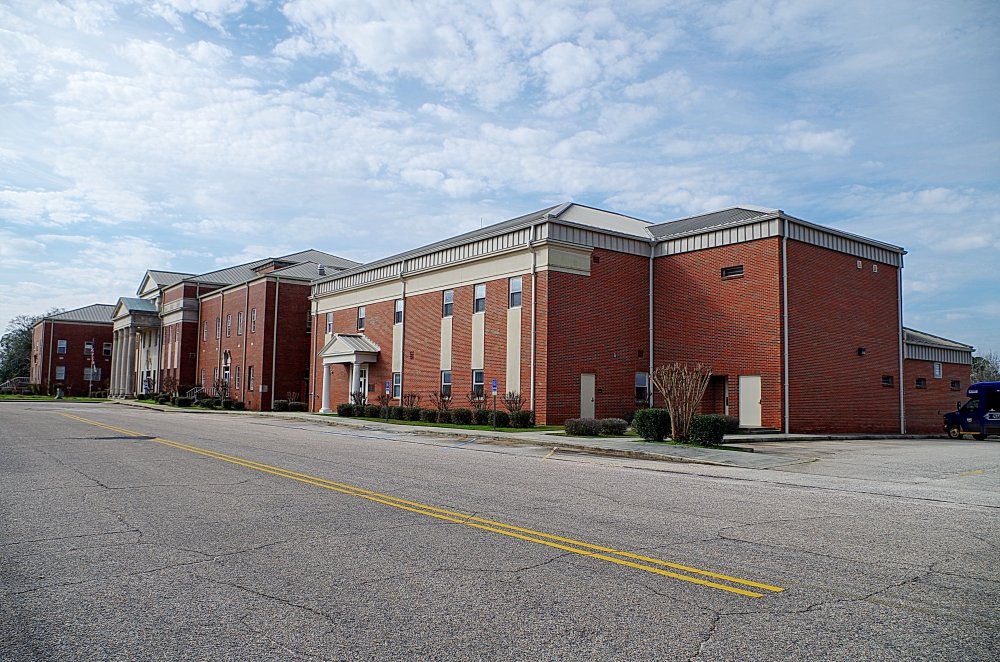 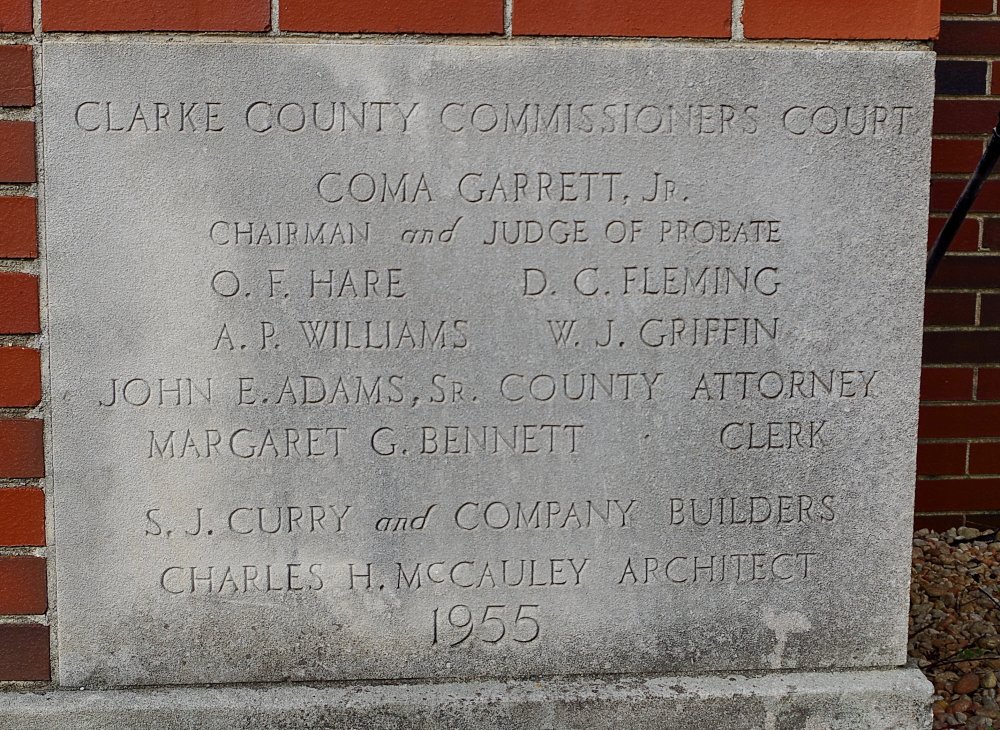 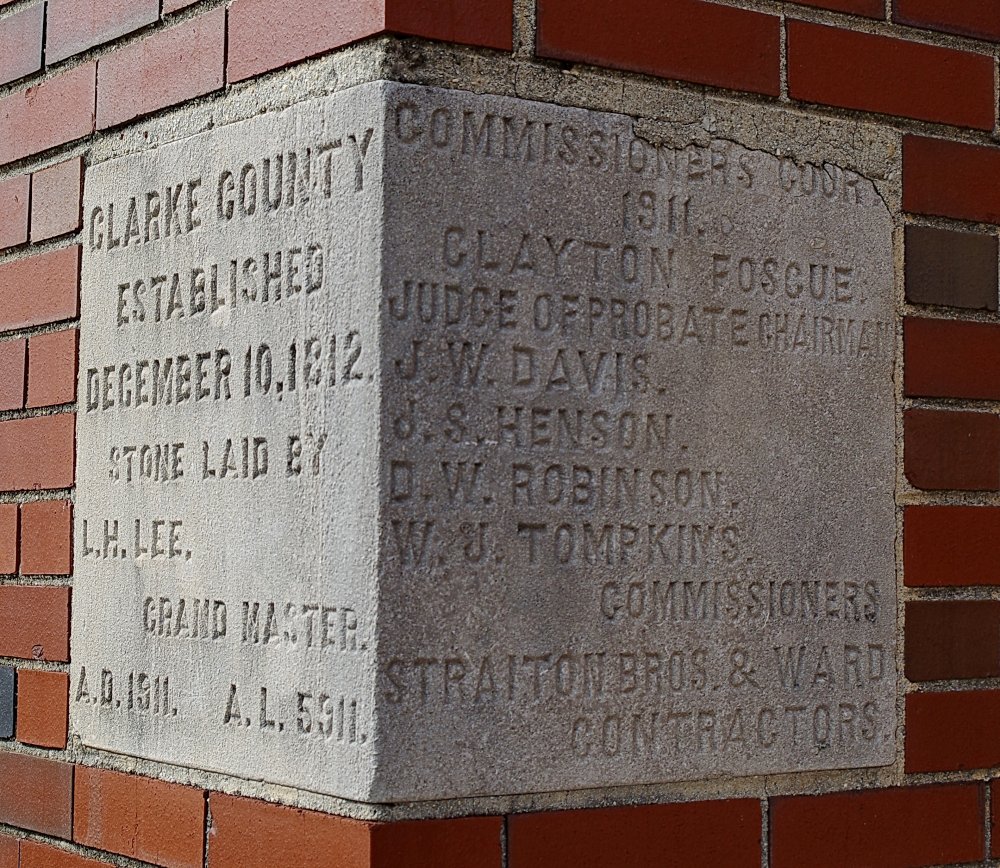 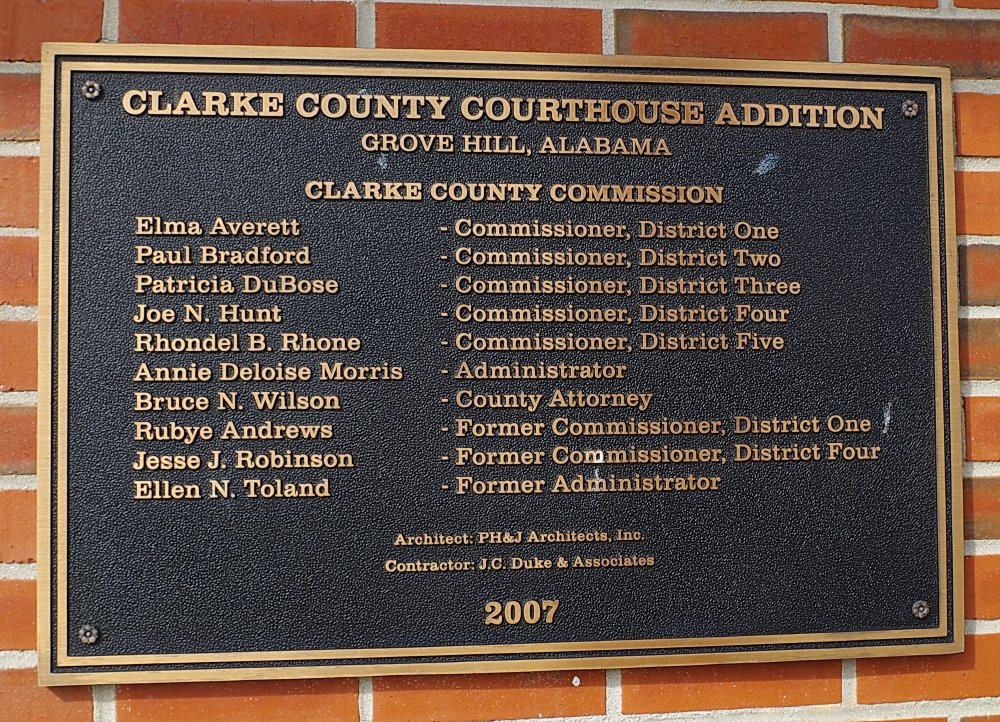