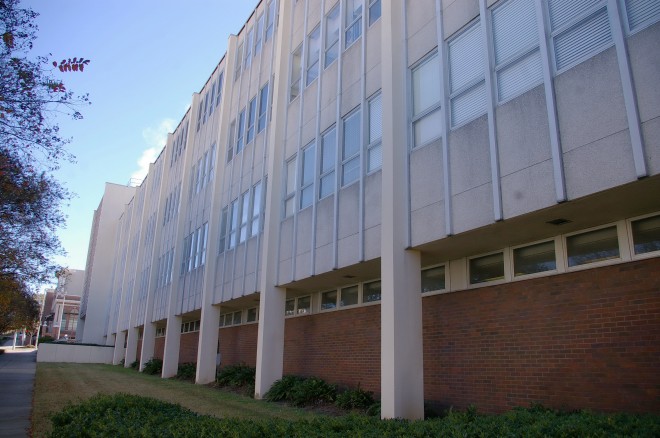 Montgomery County is named for Lemuel P Montgomery, who was a Major during the Creek War. 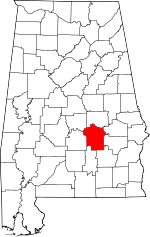 Description:  The building faces east and is a three story buff colored brick, concrete and glass structure. The building is located in the center of Montgomery. The east side has a projecting section faced with brown colored stone and recessed entrance on the first story. There is concrete grill work along the east side. The north section extends west with a projecting section with recessed first story towards the east end. There are horizontal windows with vertical concrete dividers. The roof line is flat.  The building houses the County District Court of the 15th Judicial District. The building was renovated from 1988 to 1990. 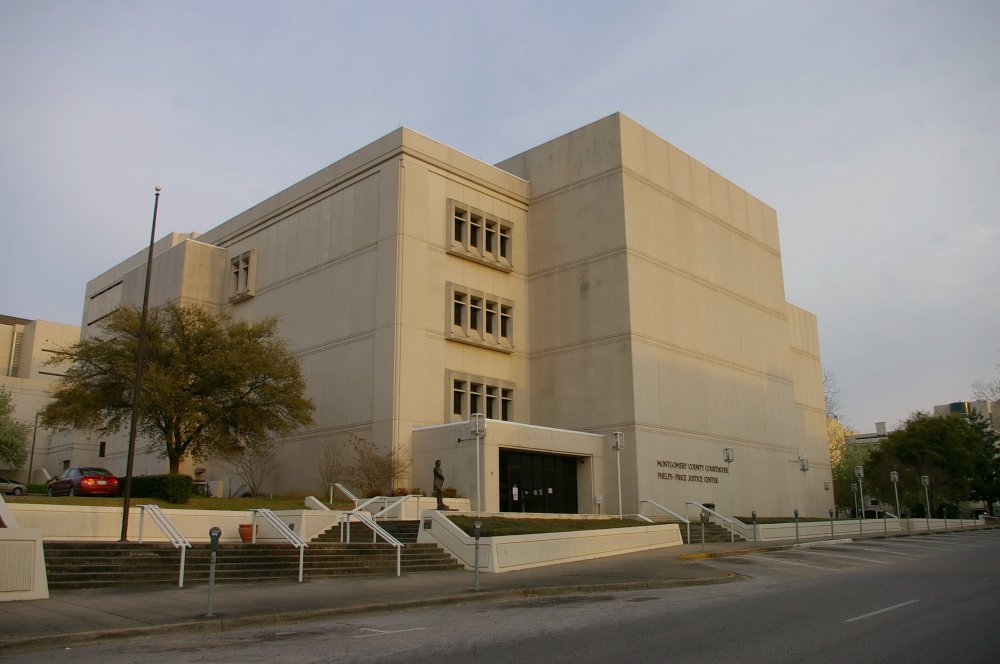 Description:  The building faces west and is a four story buff colored brick, concrete and glass structure. The building is located on landscaped grounds in the center of Montgomery. The west front has a one story projecting entrance on the north side. Above the portico are a series of four framed windows on each story. The center section projects from the main building and has no windows. The roof line is flat. The building is named as the Phelps-Price Justice Center. The building houses the County Circuit Court of the 15th Judicial District.

See: The Alabama Supreme Court – Court of Appeal is located in Montgomery County. 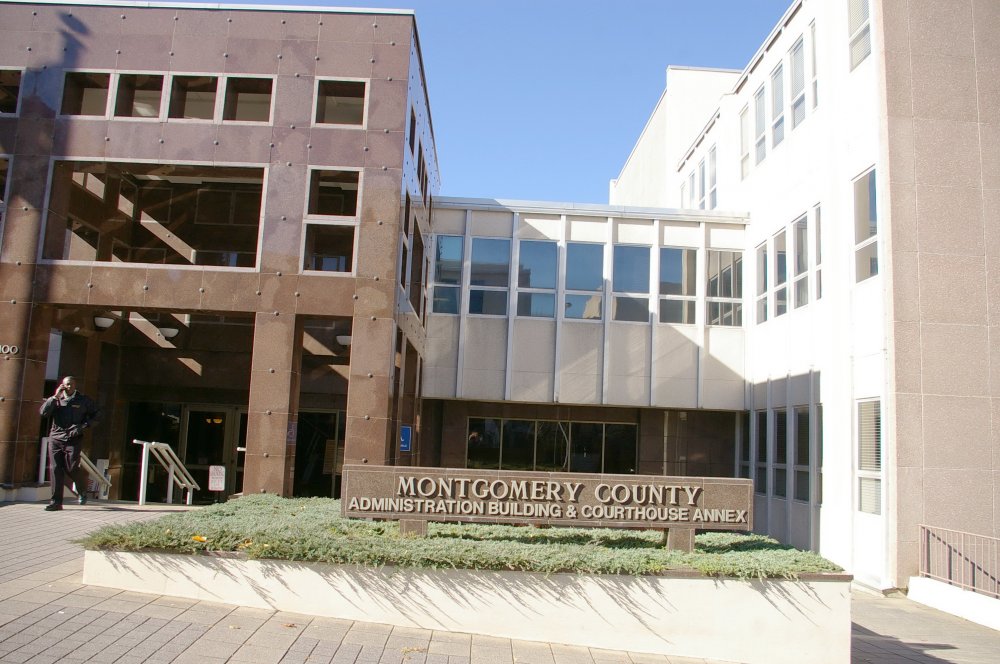 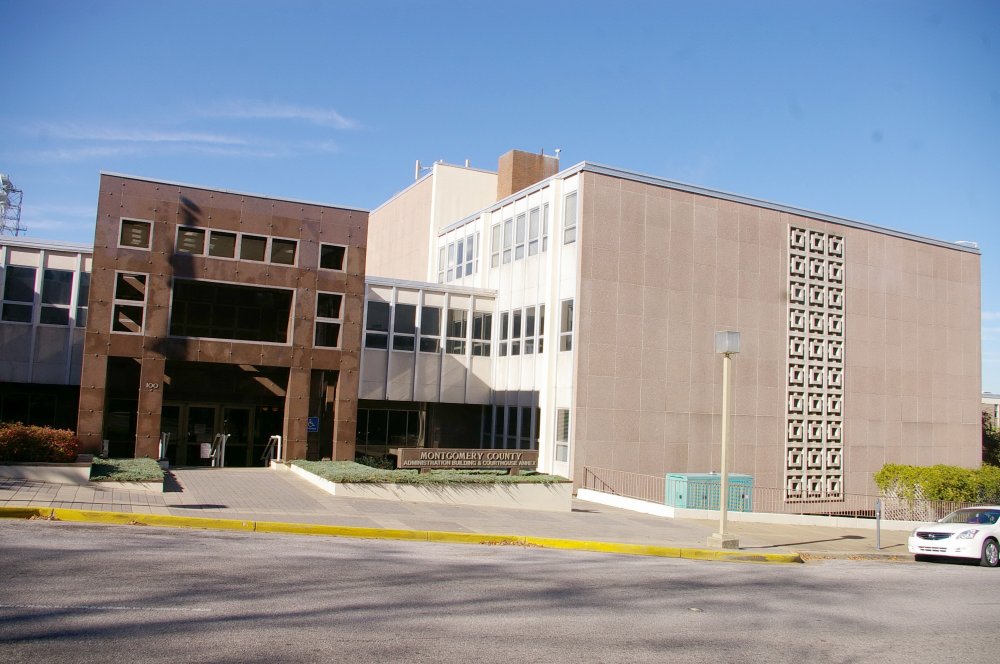 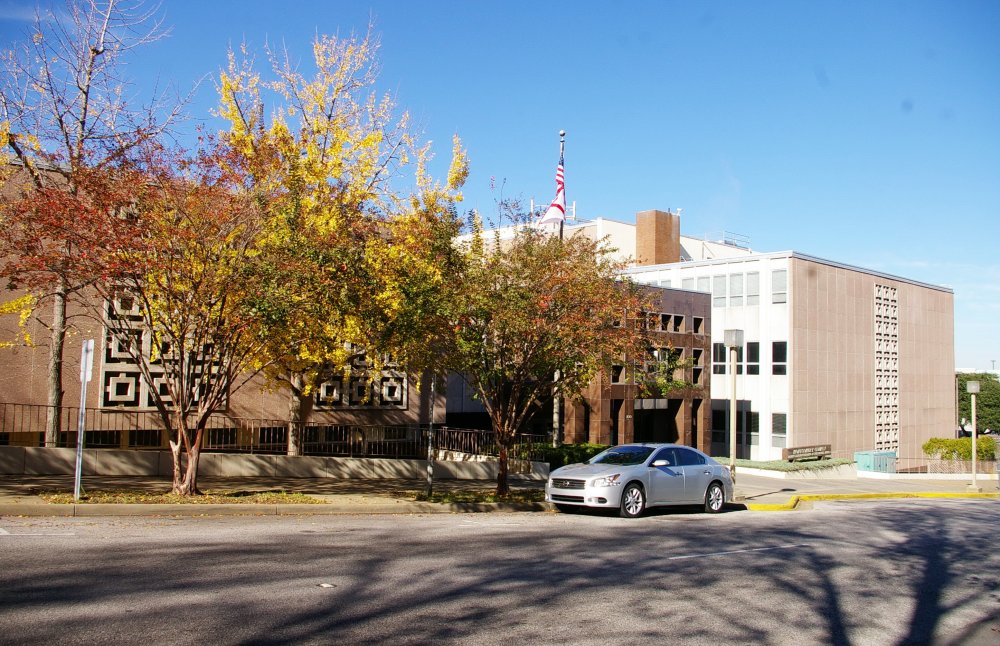 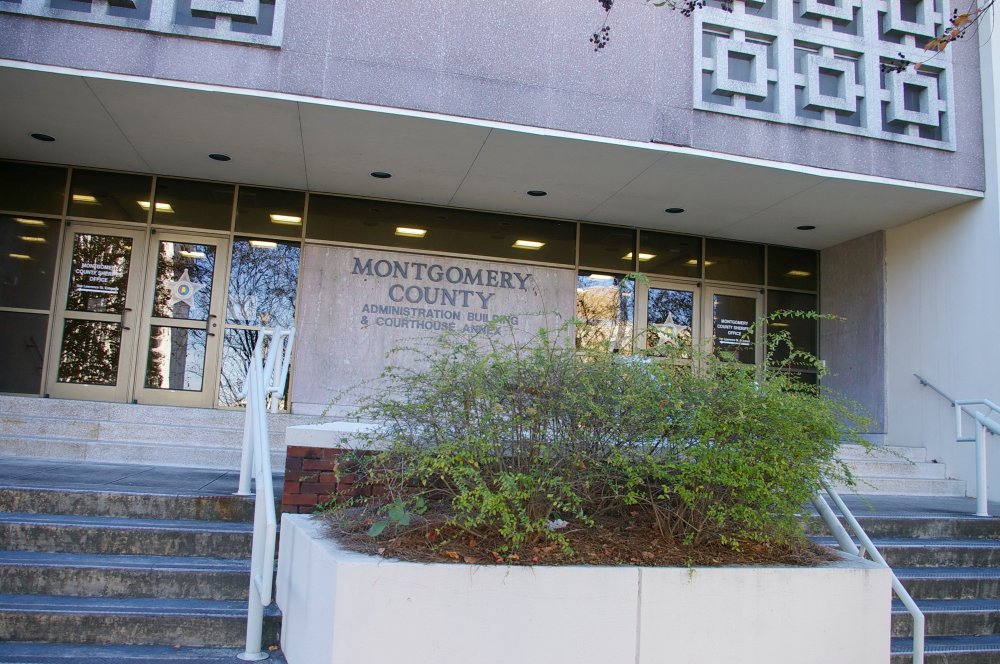 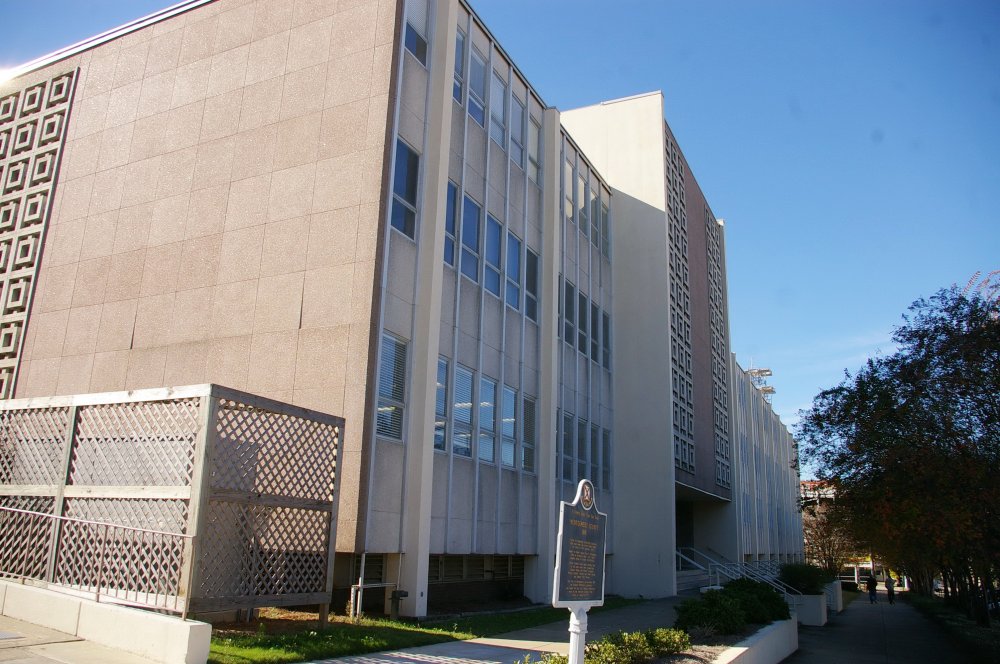 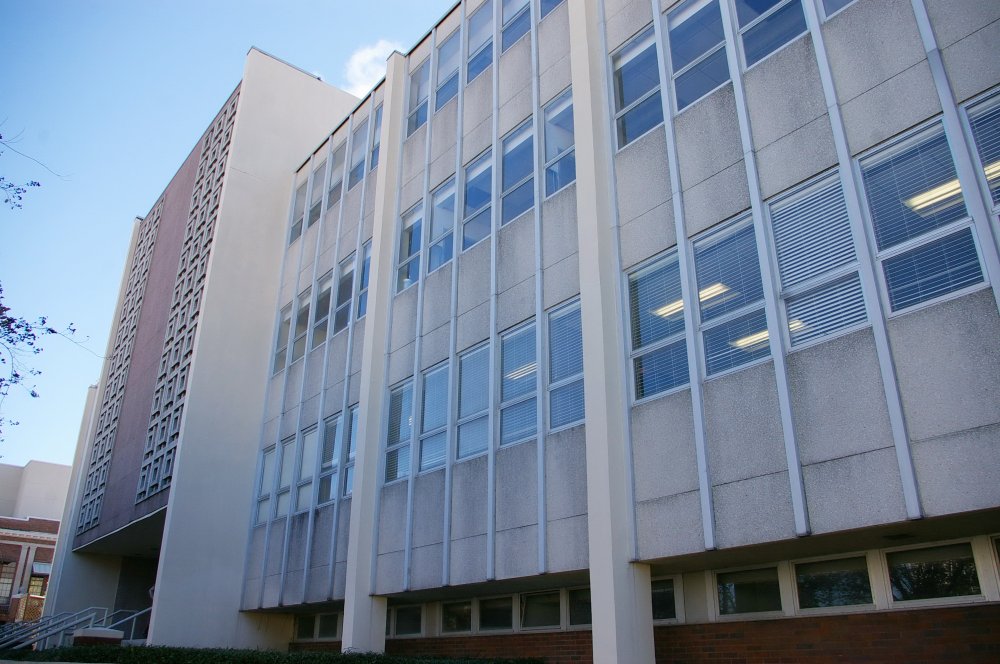