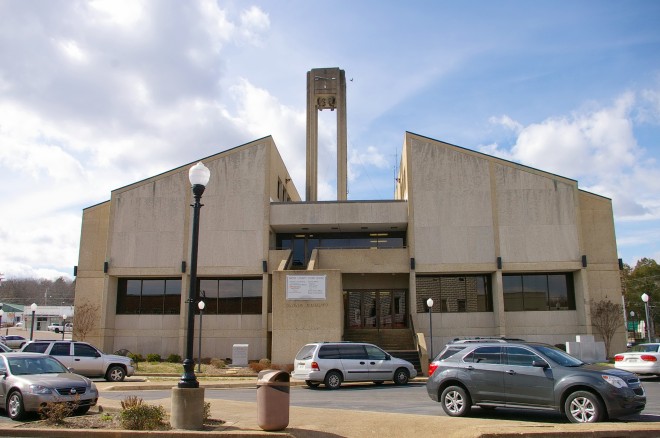 Architect:  Yearwood and Johnson of Nashville

Description:  The building faces east and is a two story glass and concrete  structure. The building is located on Courthouse Square in the center of Waynesboro and has horizontal windows on the first story with recessed entrances. A high clock tower rises on the west side. The roof line is sloped. The courtroom is located on the second story. 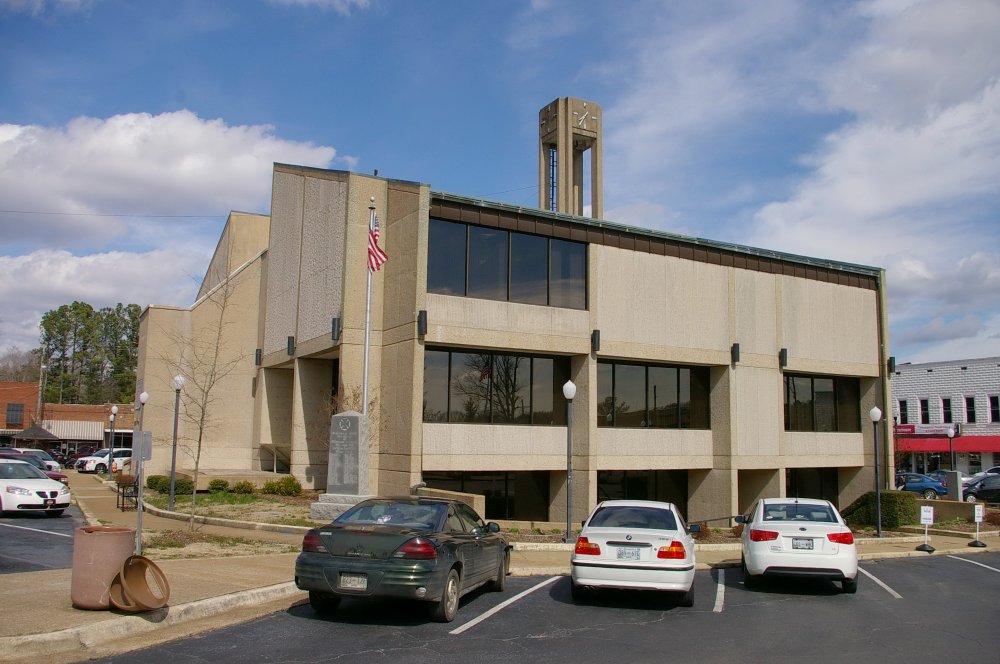 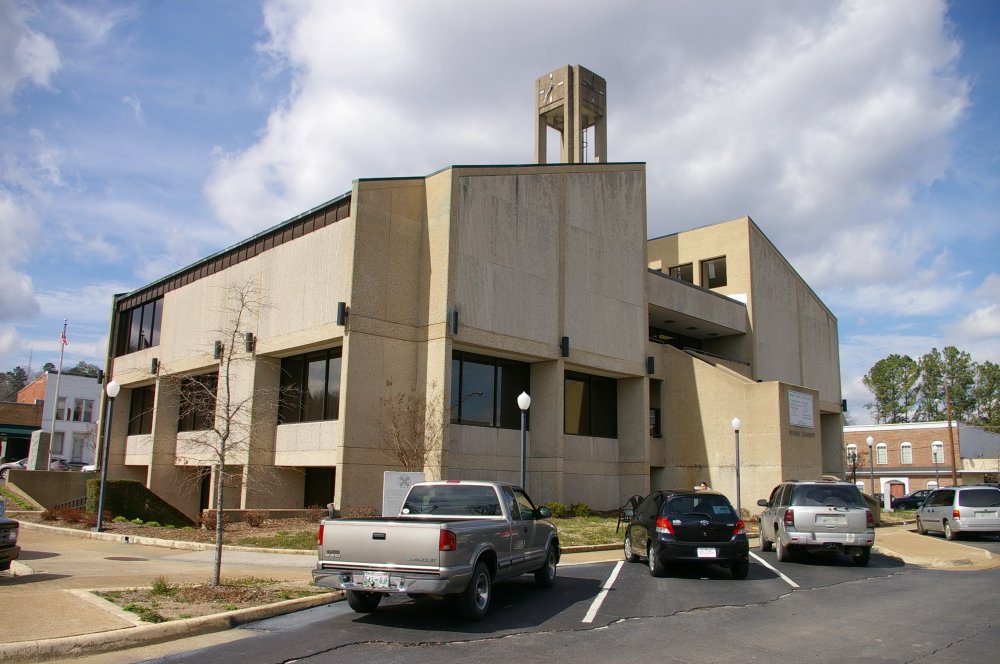 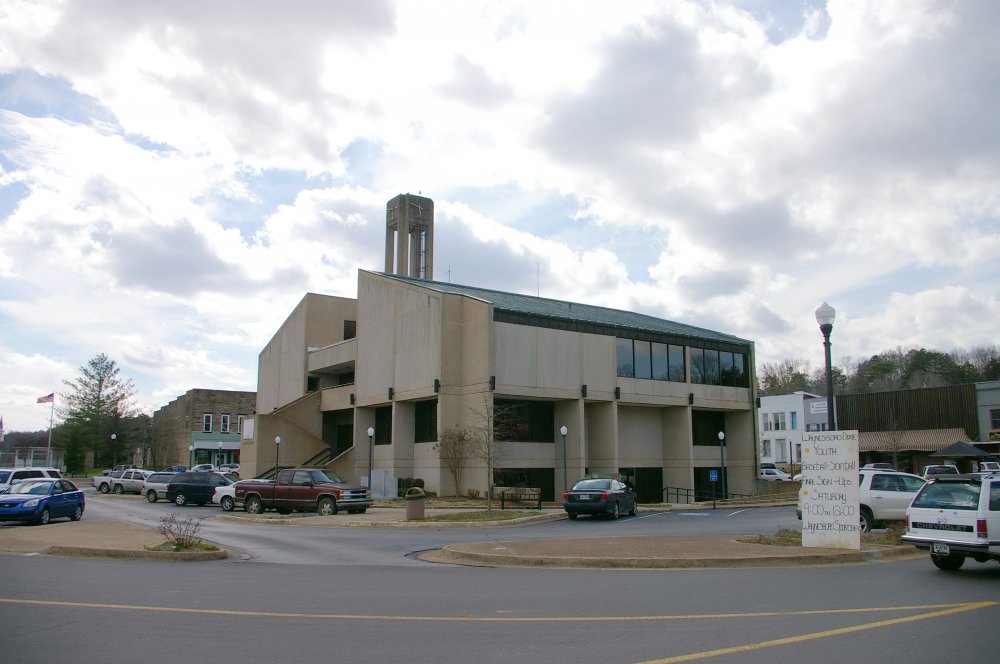 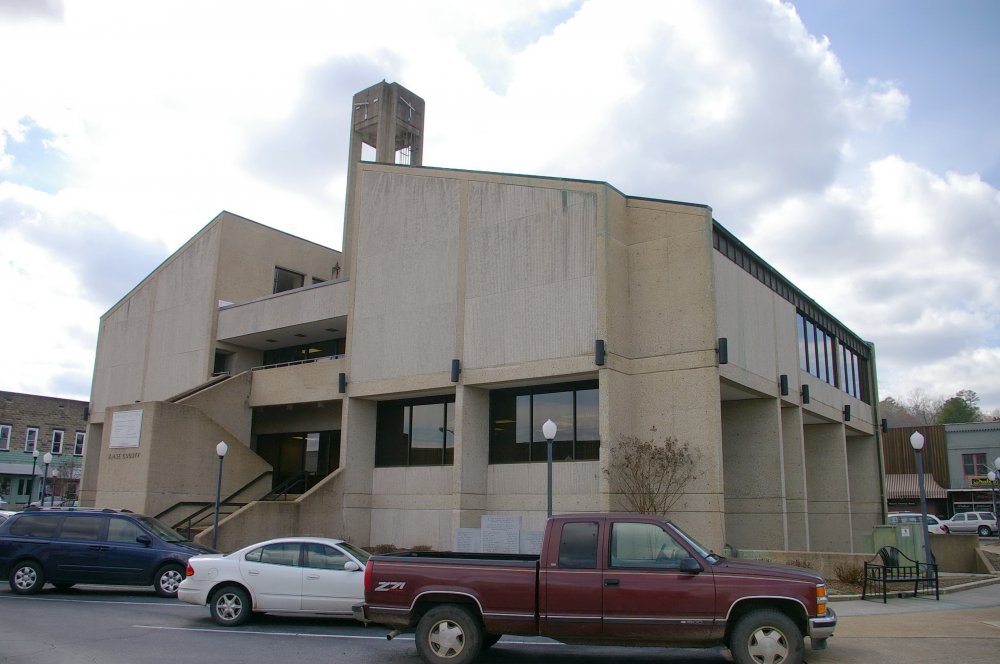 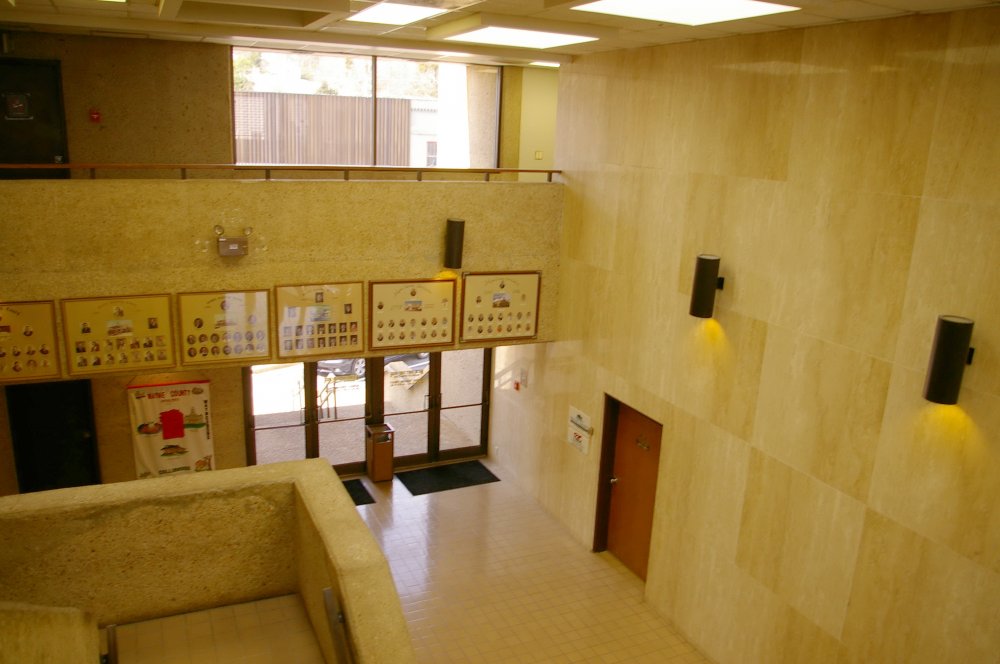 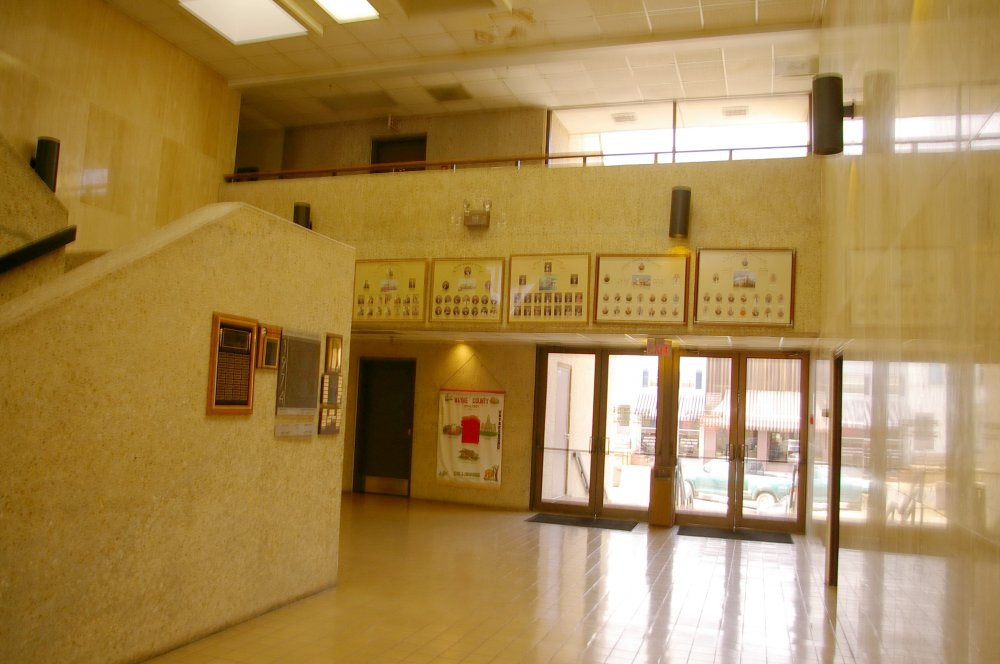 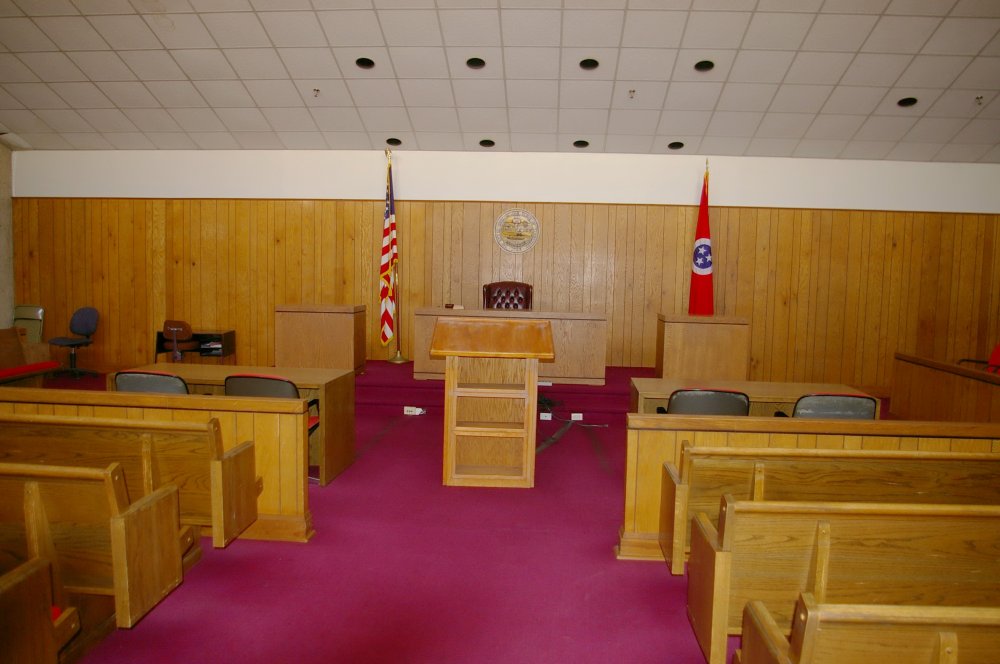 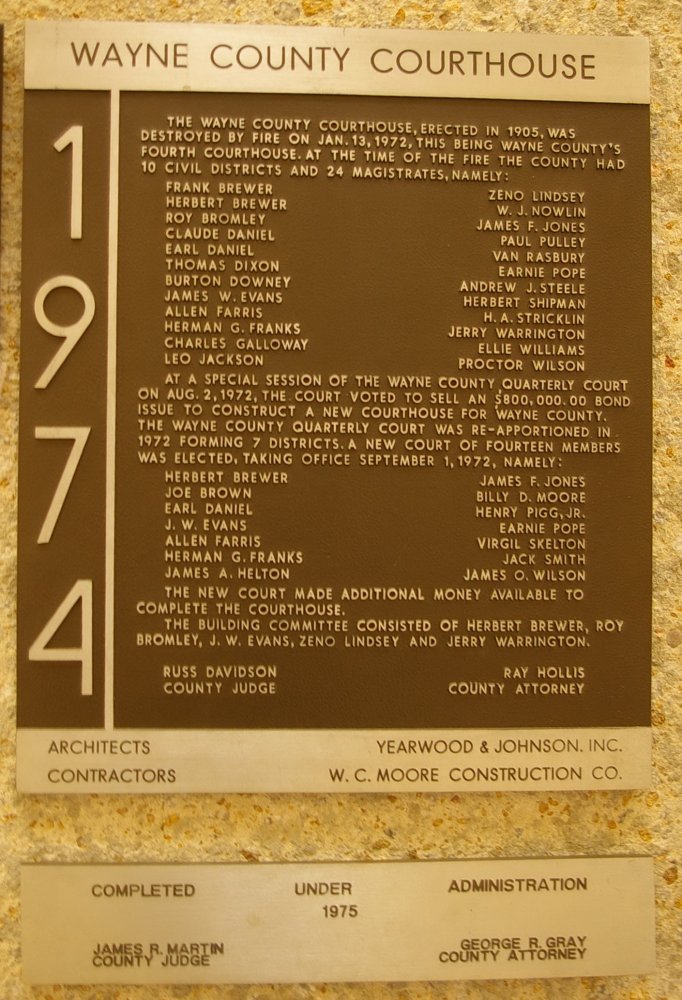 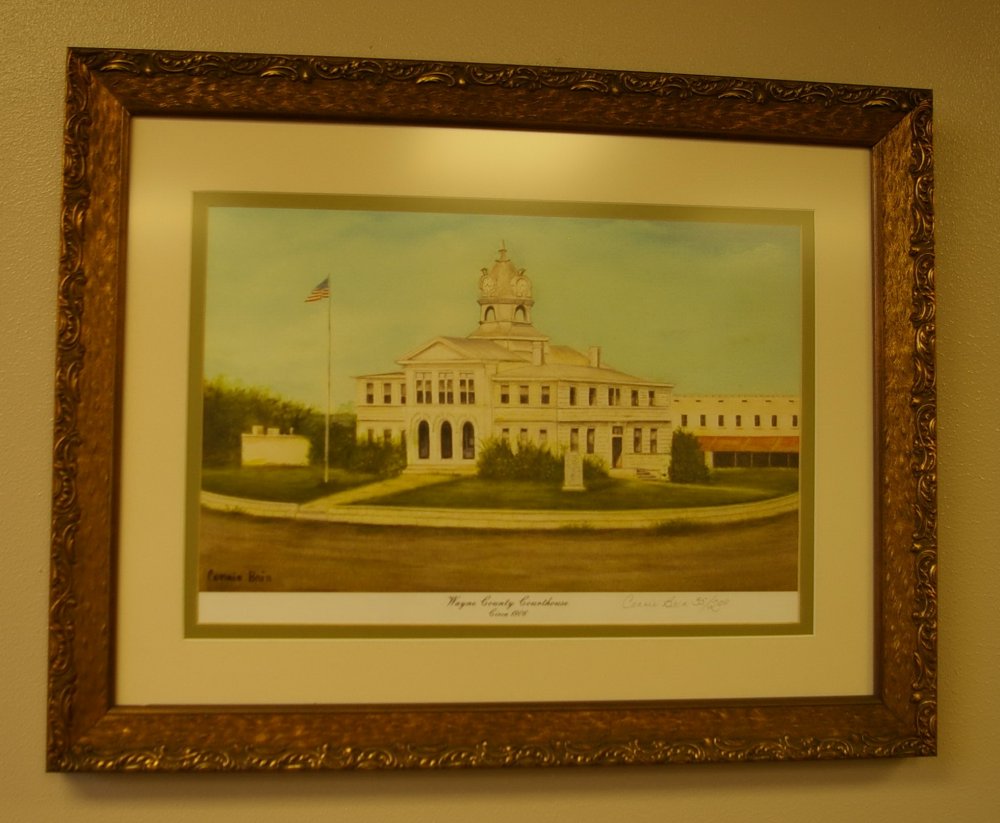