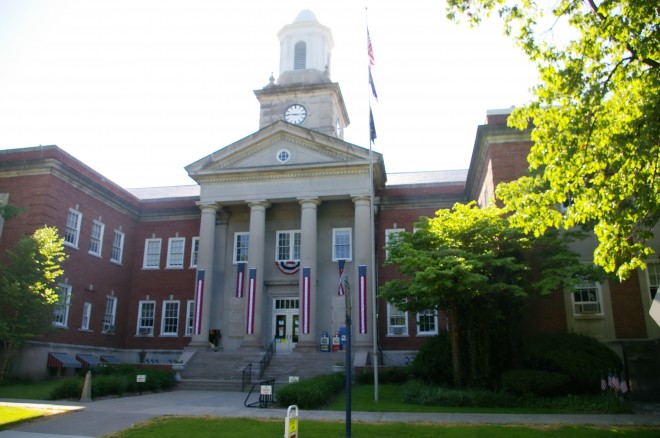 Crawford County is named for William Crawford, who was a hero of the American Revolutionary War. 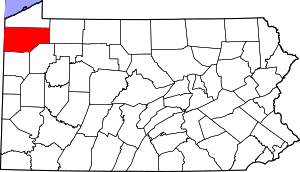 Description:  The building faces west and is a two story red-orange colored brick and concrete structure. The building is located on landscaped grounds in the center of Meadville facing onto the spacious grounds of Diamond Park. The north and south wings extend from the main building. The center section has a large portico supported by four high columns with pediment above at the roof line. The wall behind the columns is faced with stone. Behind the pediment is a square clock tower with white colored cupola at the top. There is a simple stone cornice and window trim around the double-sash six-over-six windows. The interior is closer to a school than a courthouse as there are no ceremonial spaces or murals, just plaster and tile finishes.

Note:  When the counties of Armstrong County, Beaver County, Butler County, Erie County, Mercer County, Venango County and Warren County were formed in 1800 along with Crawford County, the first courts of the new counties were held at held at Meadville.

Description:  The building faces south and is a three story red colored brick and concrete structure. The building is located in the center of Meadville on the north side of the courthouse. The south front has a slightly projecting central entrance section with glass panels above on the second and third stories. The windows are divided by cream colored concrete panels. The roof line is flat. On the third story is a large courtroom with room for 165 spectators. 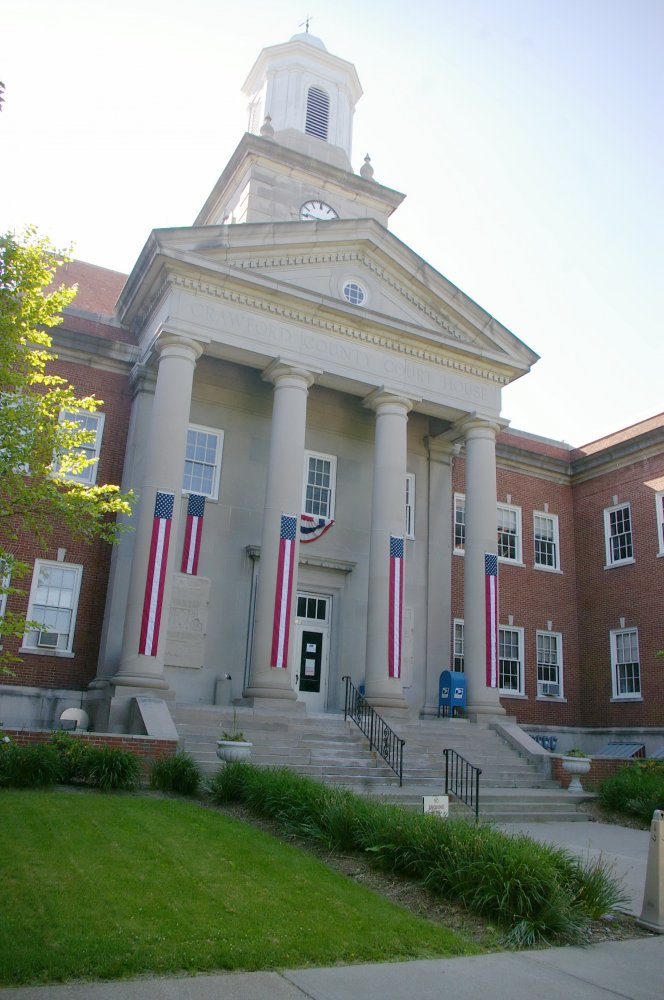 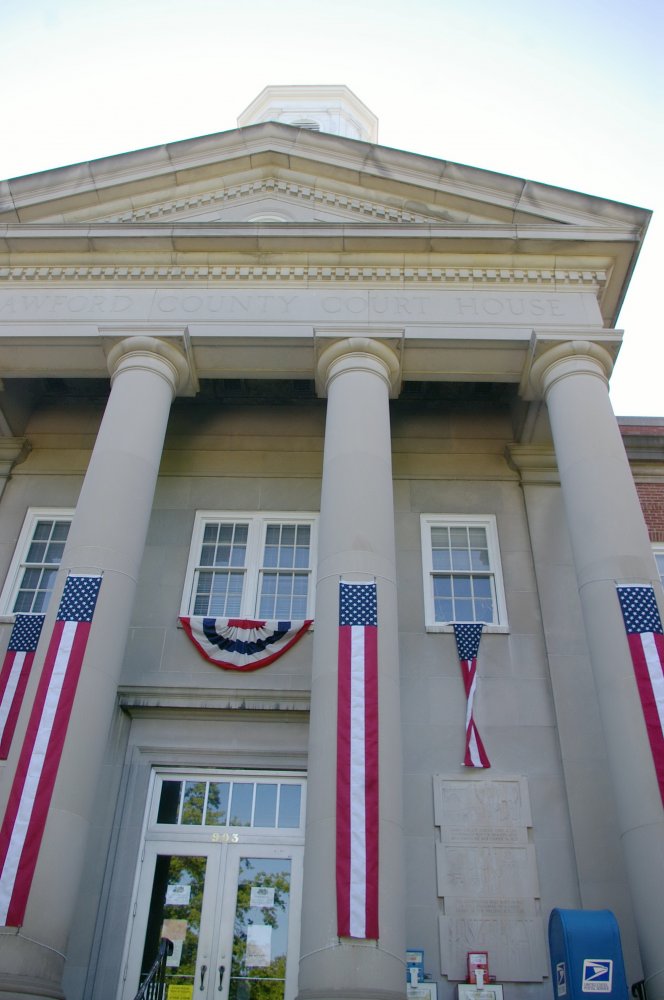 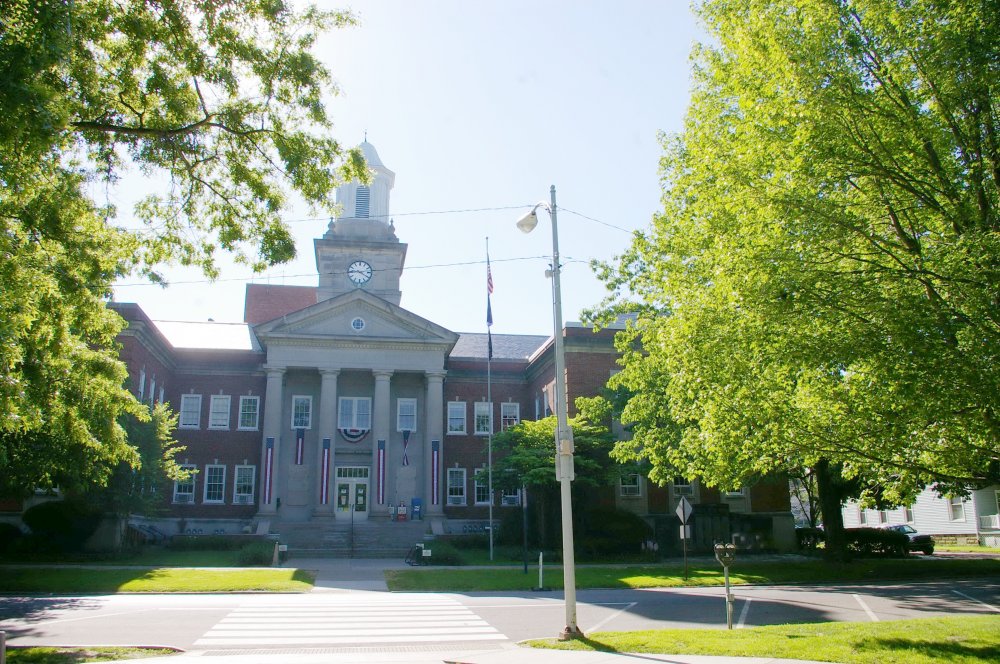 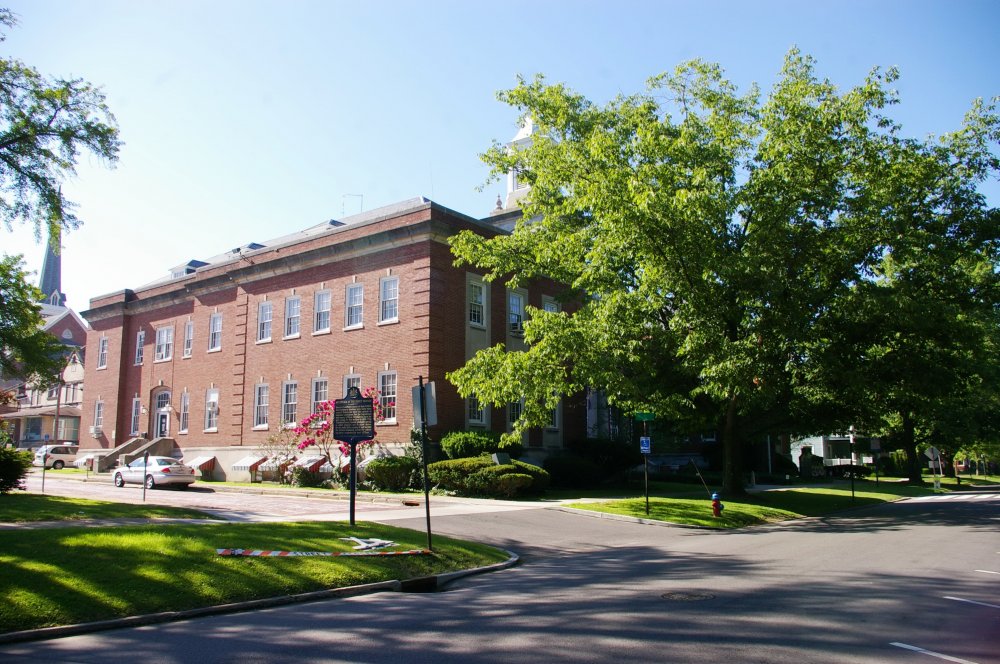 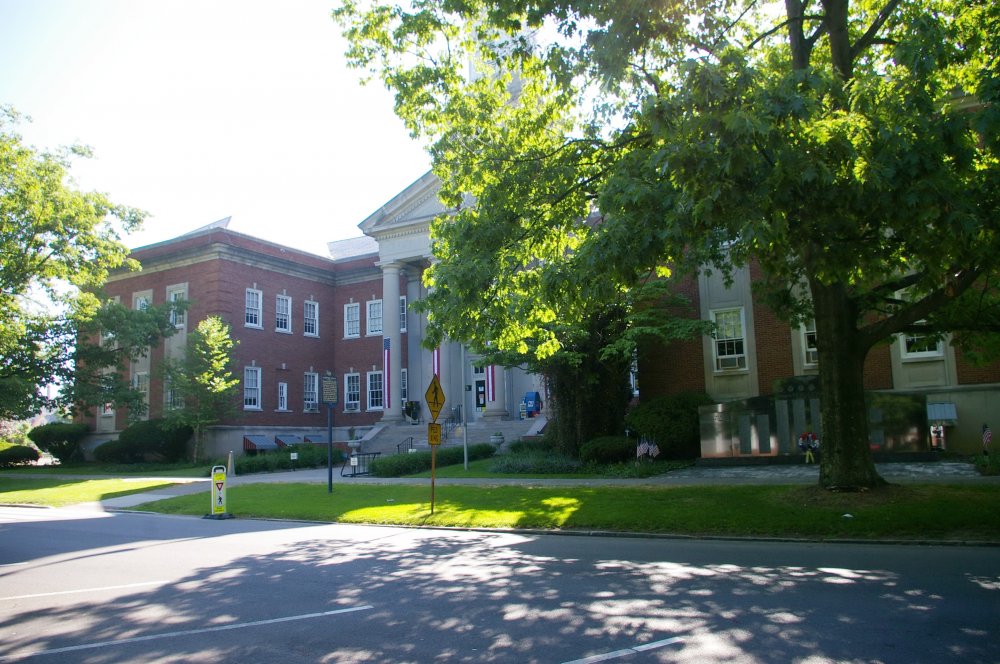 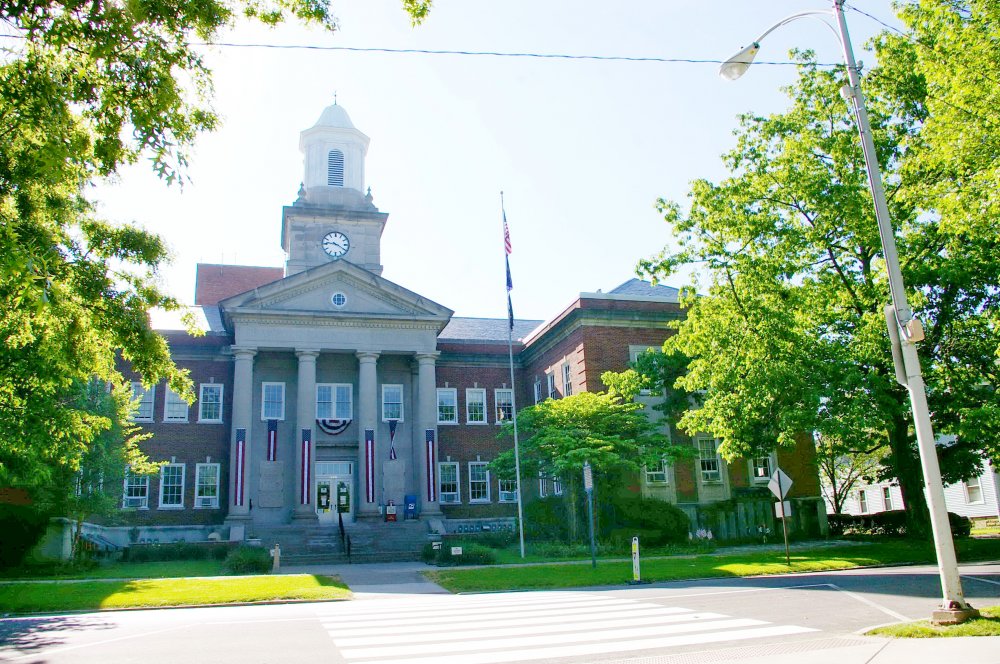 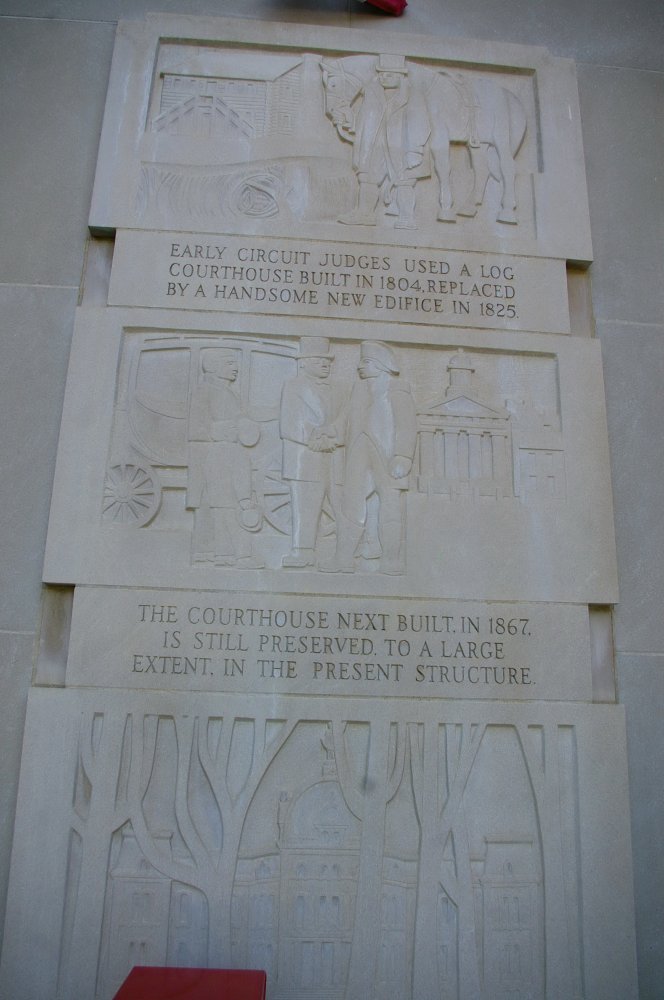 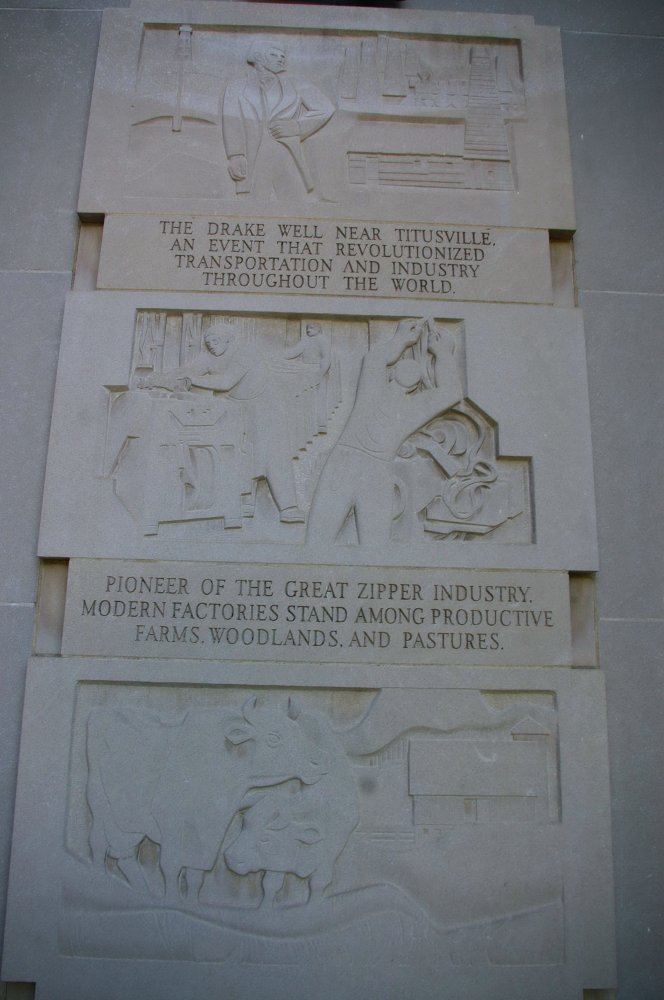 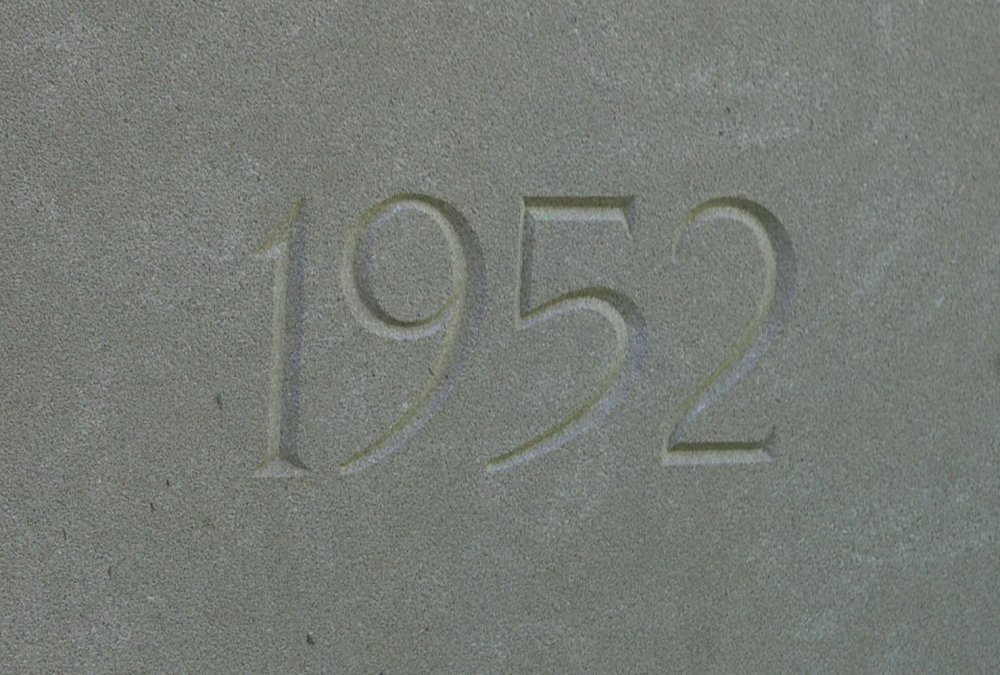 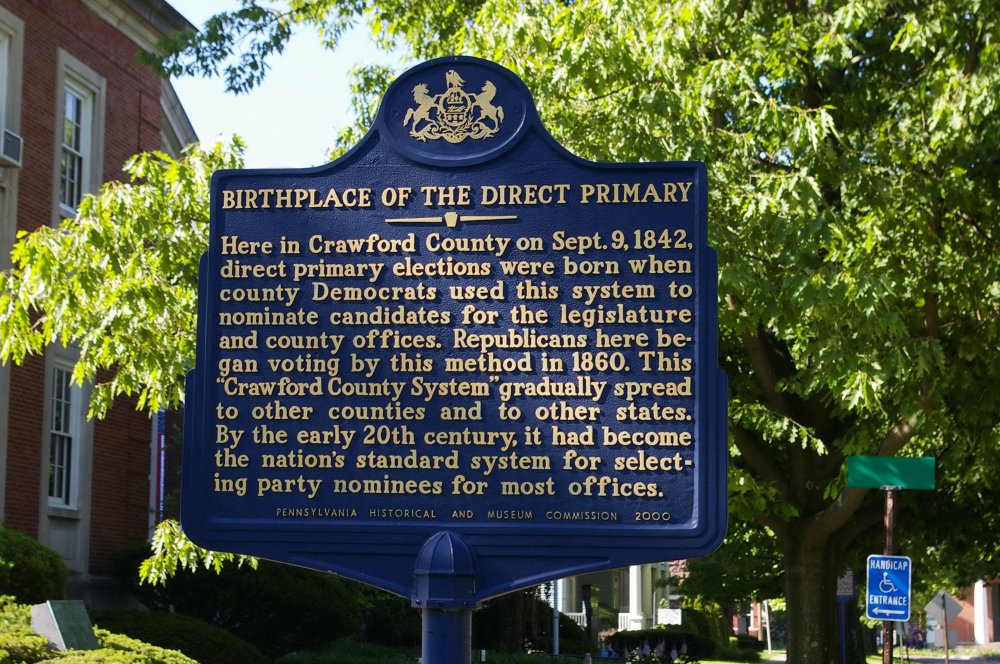 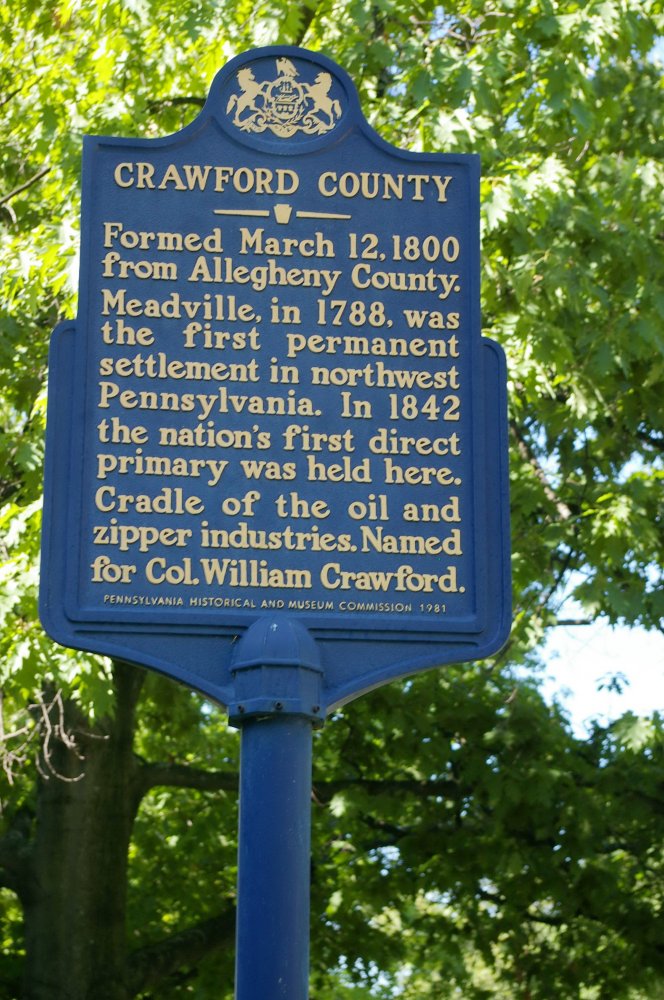