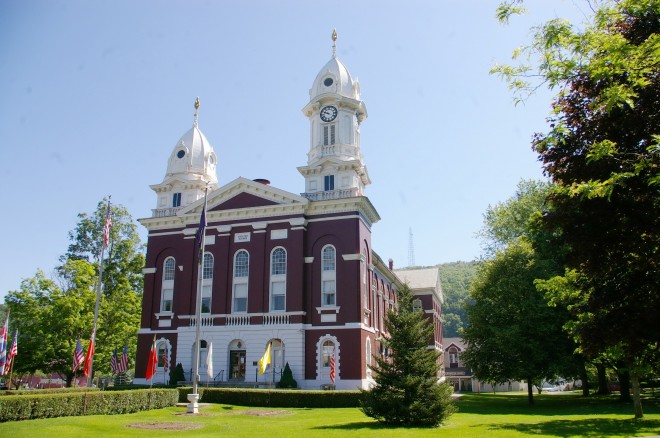 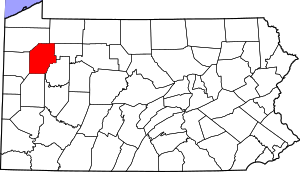 Architect:  Sloan and Hutton of Philadelphia

Contractor:  Sloan and Hutton of Philadelphia

Description:  The building faces south and is a three story red colored brick structure. The building is located on spacious landscaped grounds in the center of Franklin. The building is in the form of a “T”. The south front has three arches on the first story with long arched windows on the second and third stories and above is a pediment at the roof line. On the southeast corner is a high square white colored clock tower with white colored dome at the top. On the southwest corner is a smaller cupola with steep white colored dome. In the interior, two sets of stairs ascend to the second story where the spacious courtroom which can hold one thousand persons is located. The architect and contractor was Sloan and Hutton of Philadelphia. The rear portion of the building was constructed in 1931 to 1932. The architect and contractor was Samuel Brady. On the north side of the courthouse is the modern County Courthouse Annex.

Note:  During construction of the courthouse, I W Brady was the superintendent, J L Hanna and Smith & Hill supplied the brick and William Hayes and James Black supplied the stone.

History:  The county was created in 1800 and Kittanning was selected as the county seat. The first courts were held in Meadville in Crawford County. The first meeting of county official was at the home of Edward Hale in 1805. The county rented a log structure from Samuel Hays and John McDonald on Liberty Street. The first courthouse was a two story brick structure built by Christian Setley and John Setley with John Witherup excavating the basement in 1807 to 1809 at a cost of $500. The second courthouse was designed by Mr. Tucker and built by William Bell and I B Rowe in 1846 to 1847 at a cost of $7,050. The third and present courthouse was constructed in 1867 to 1869. 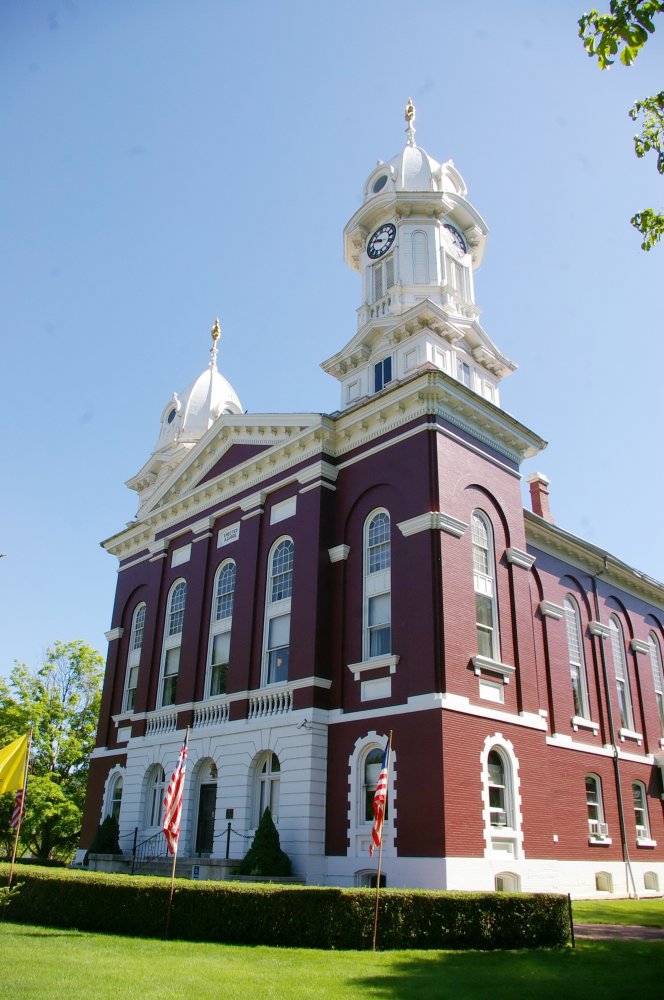 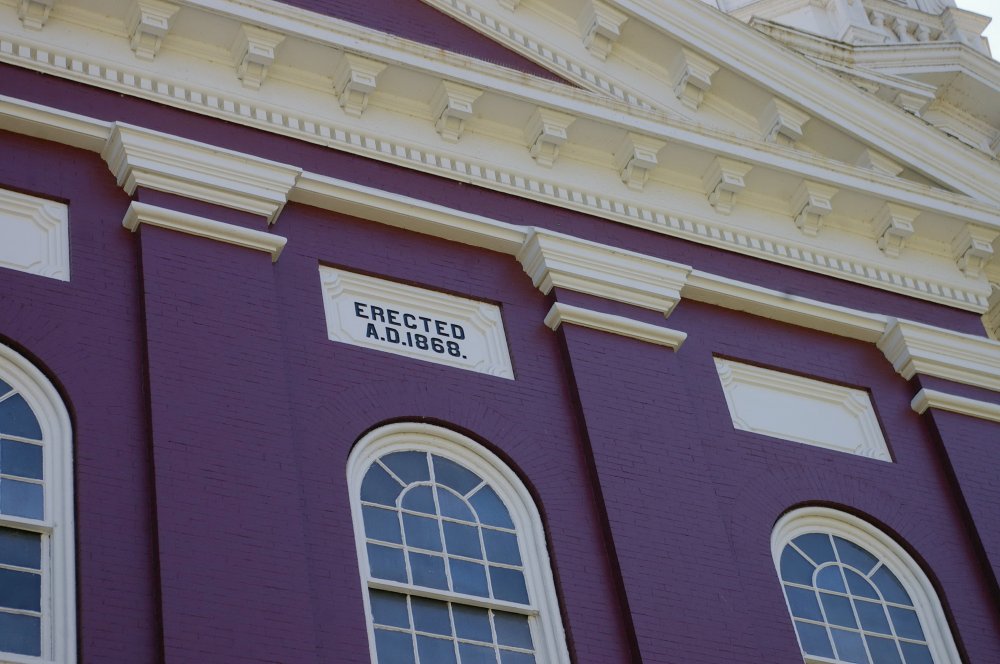 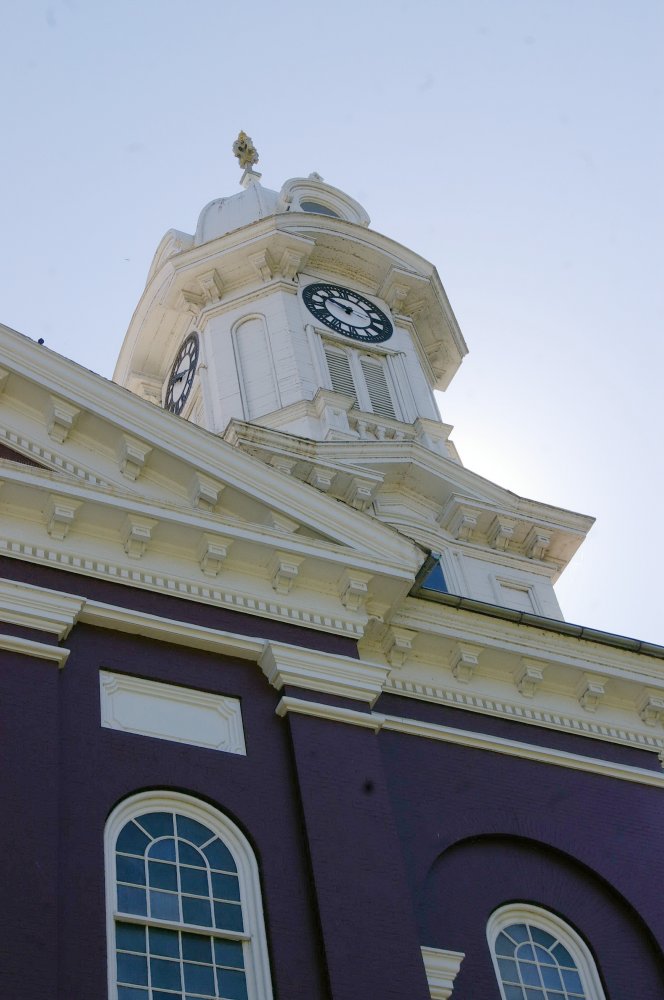 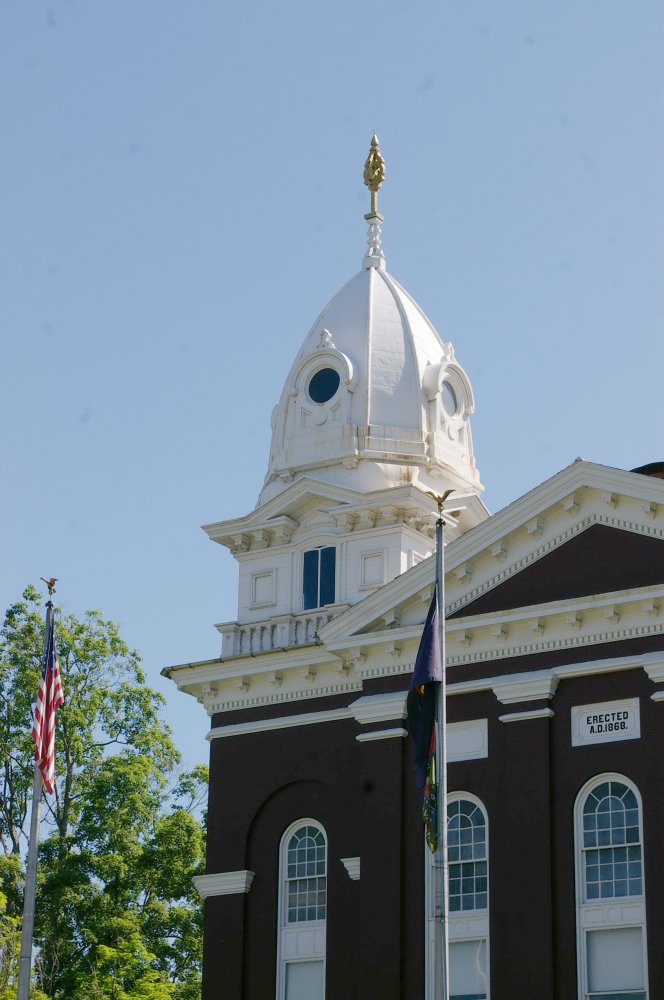 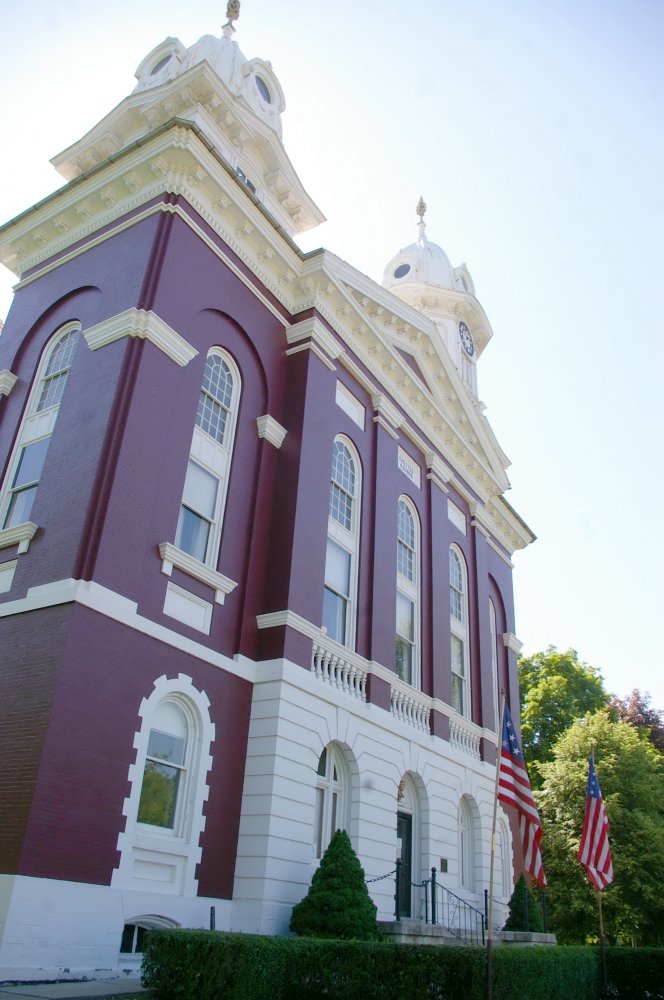 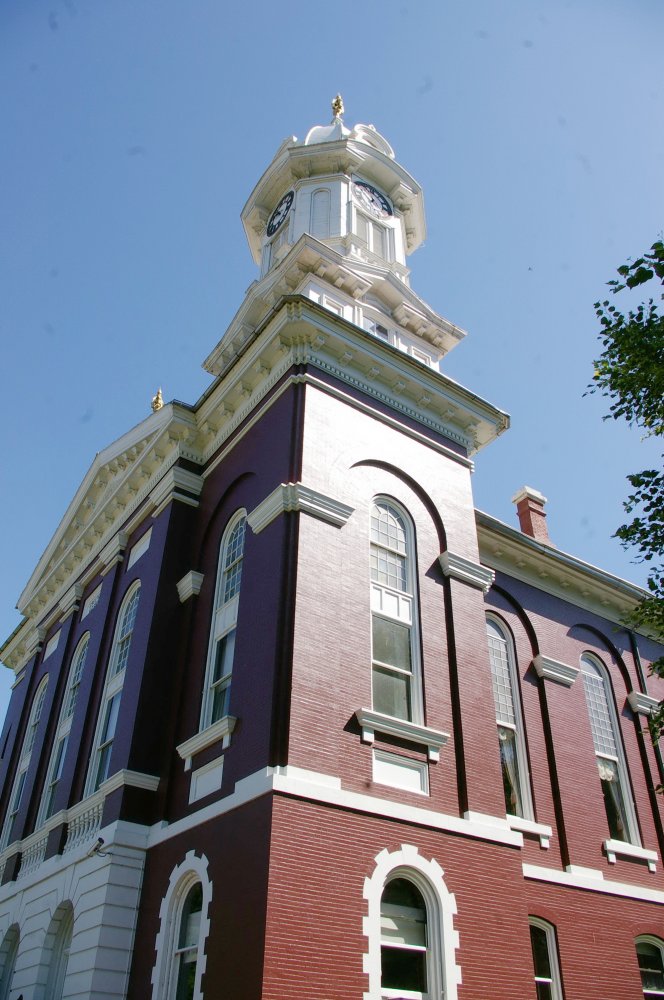 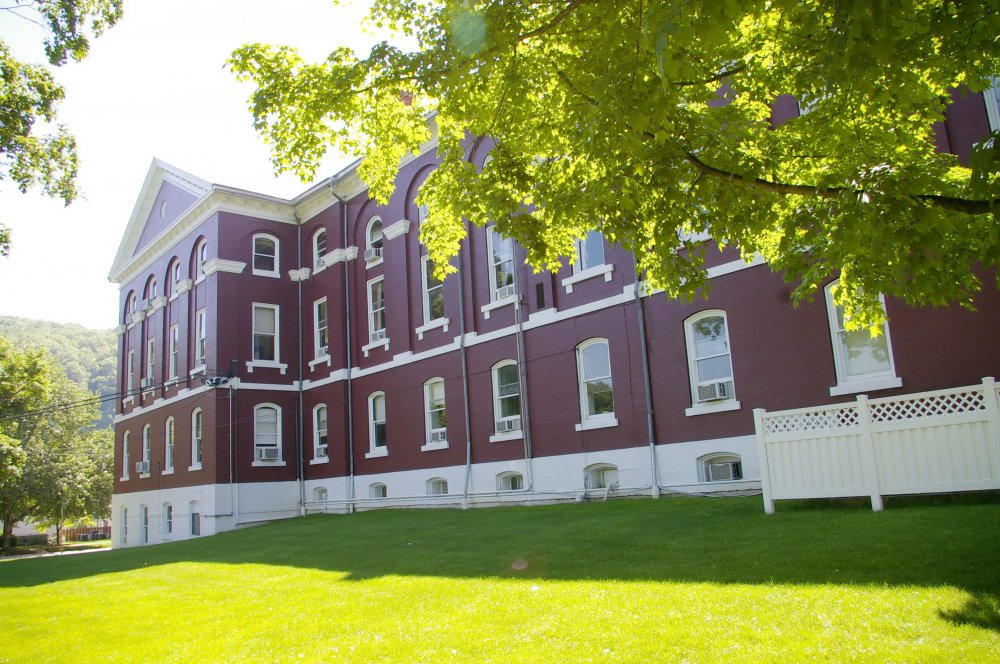 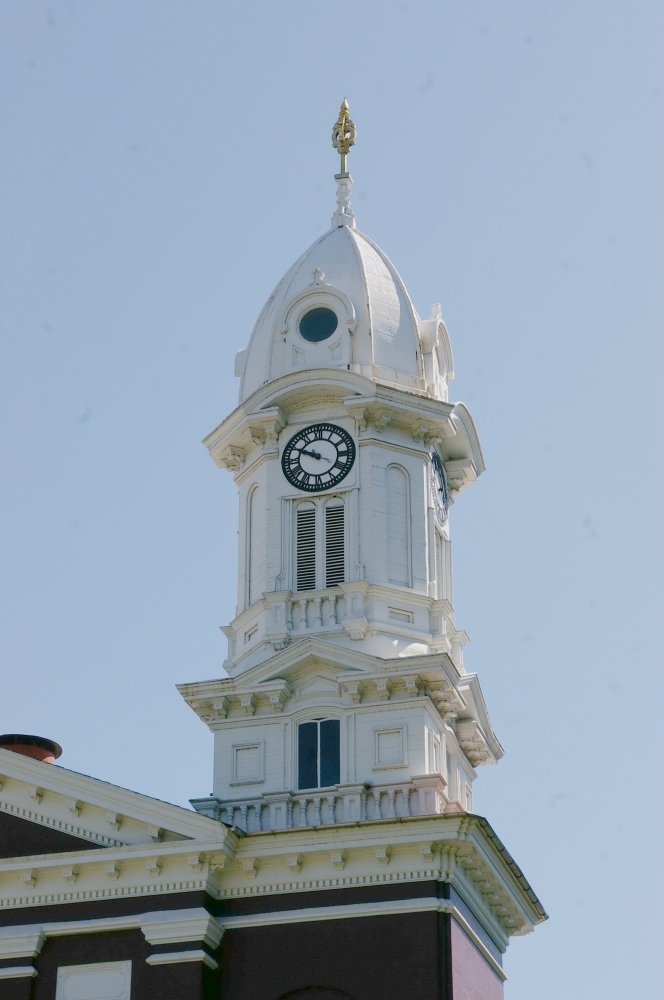 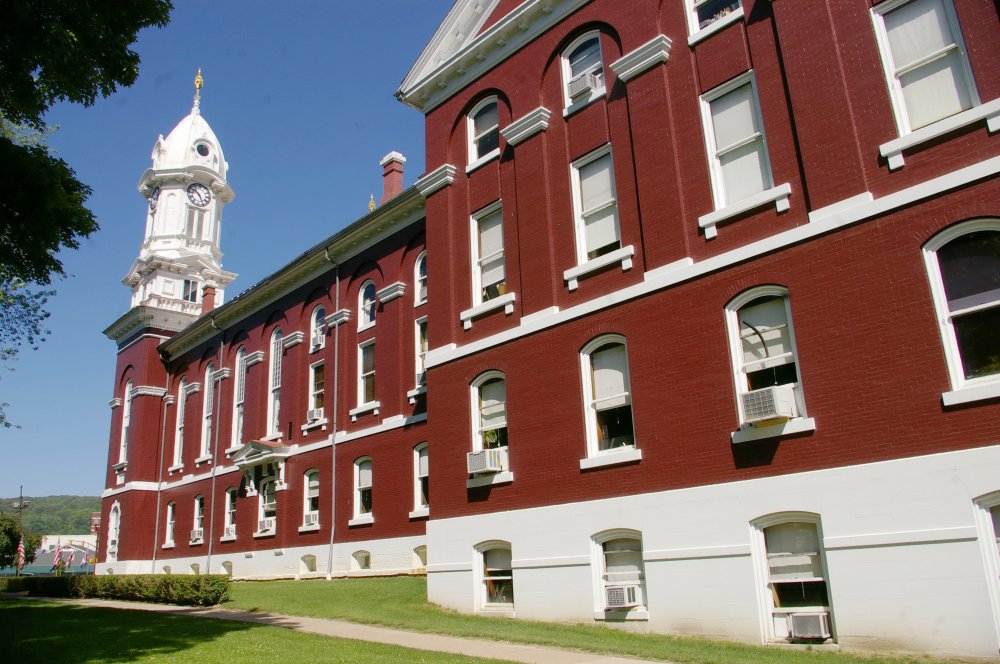 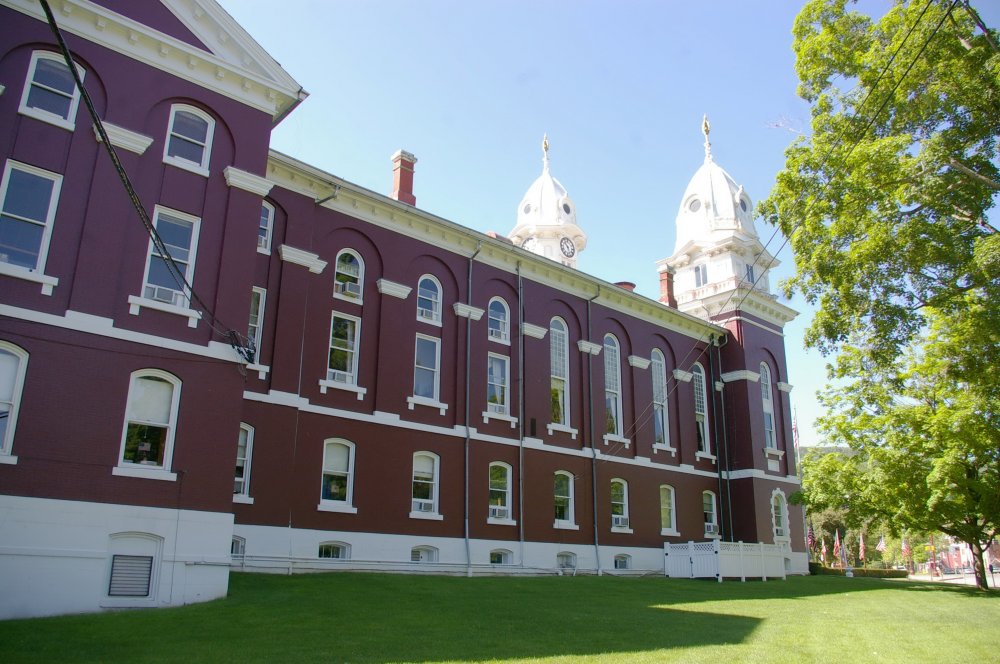 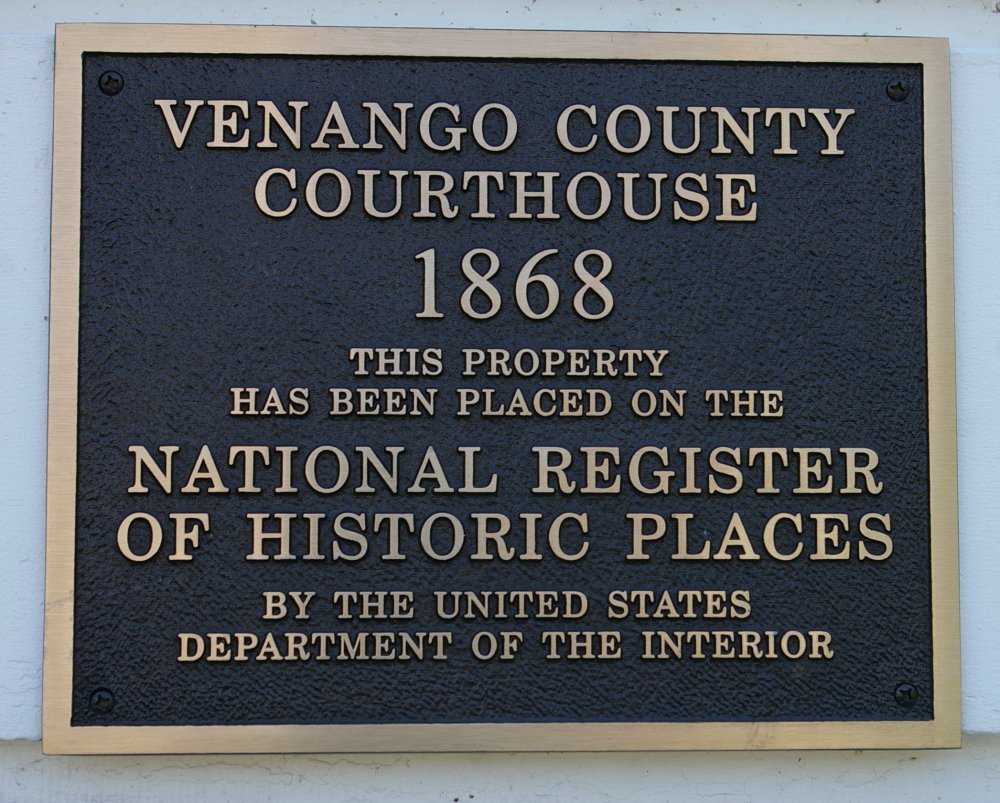 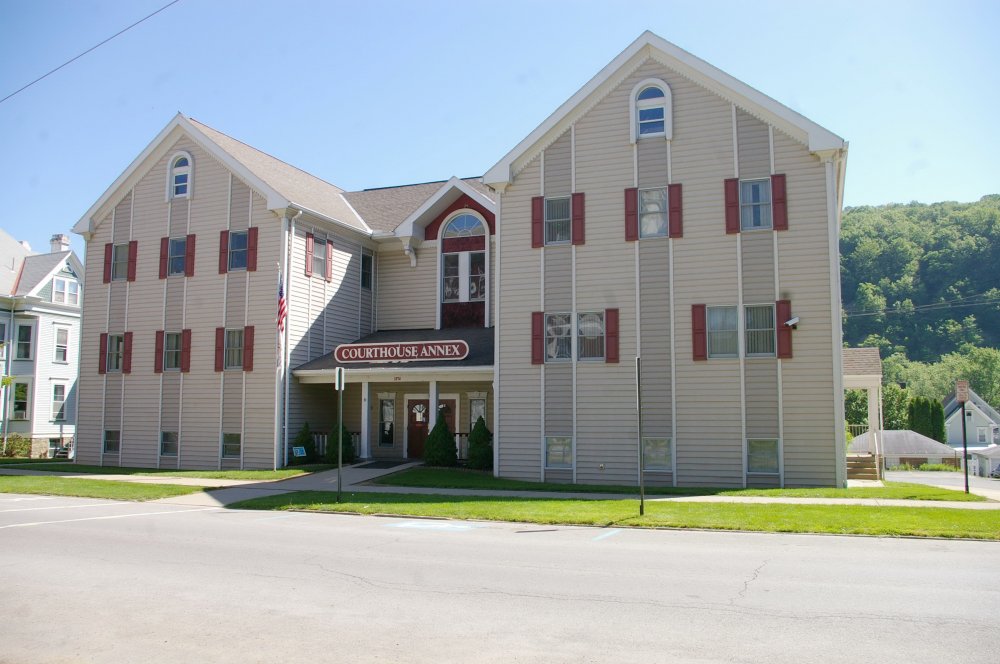 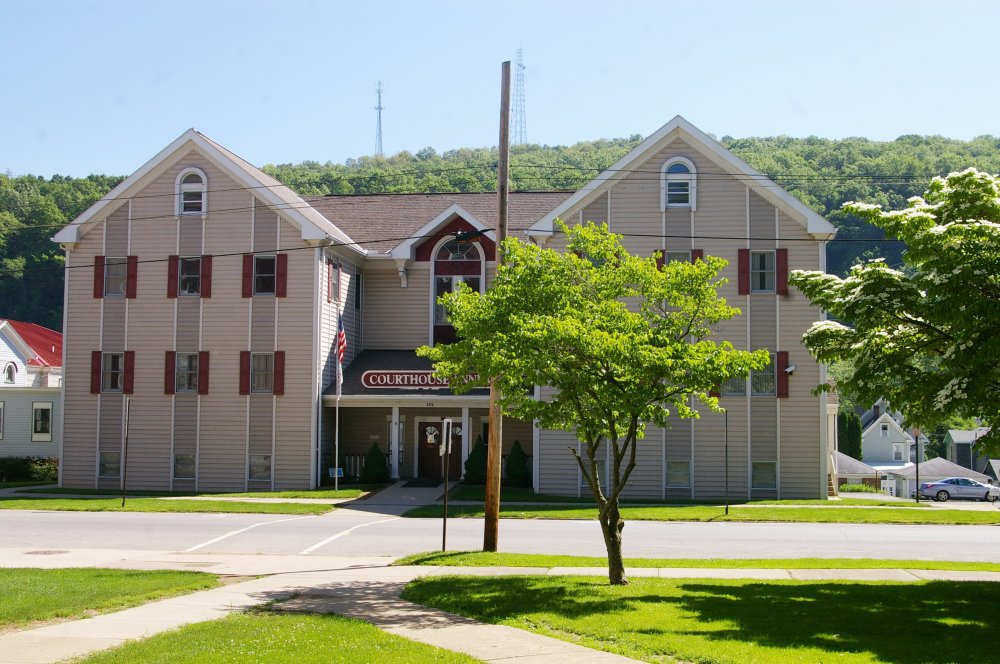 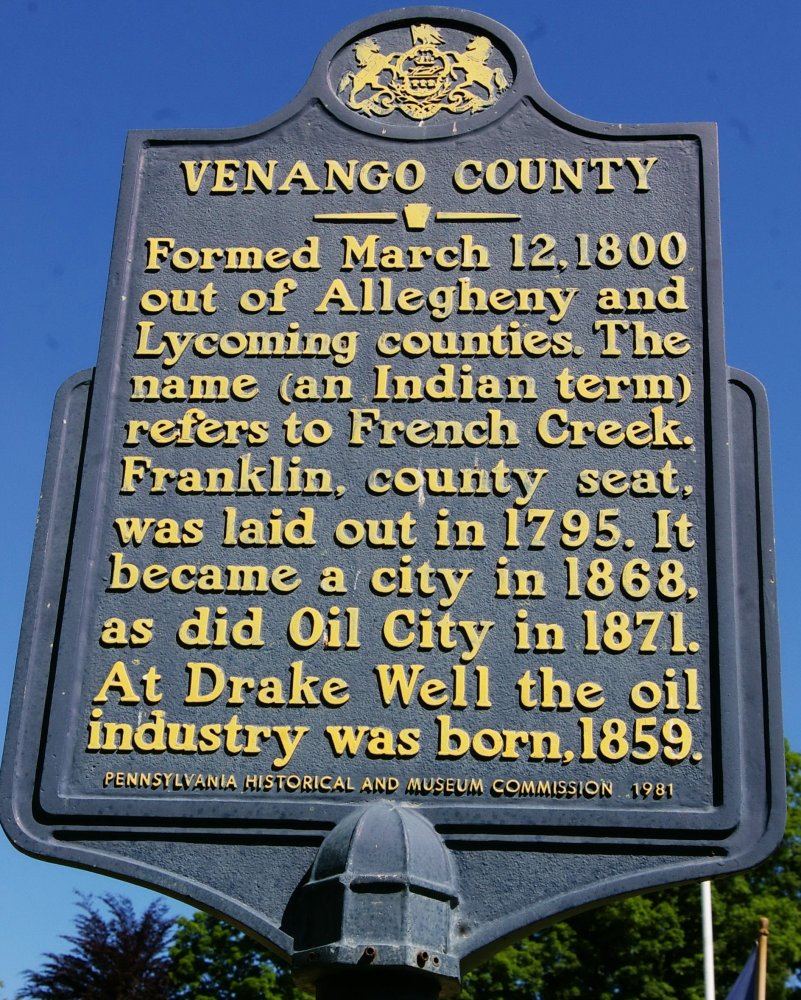