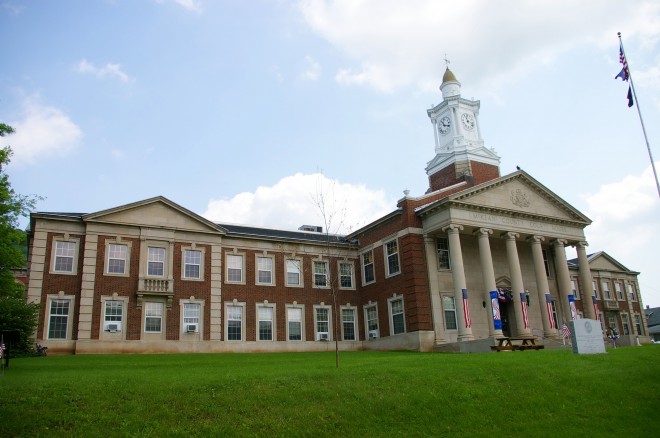 McKean County is named for Thomas McKean, who was a Governor of Pennsylvania and a signer of the Declaration of Independence.

Description:  The building faces south and is a two story red colored tapestry brick and Indiana limestone  structure. The building forms a sideways “H” with wings running east and west. The south front has a projecting center section with a portico supported by six columns with pediment at the roof line. The east and west sections have stone trim and end sections which rise to smaller pediments. Behind the central section is a red brick and white wood clock tower with steep dome. The oldest part of the building is the east wing which was constructed in 1914. 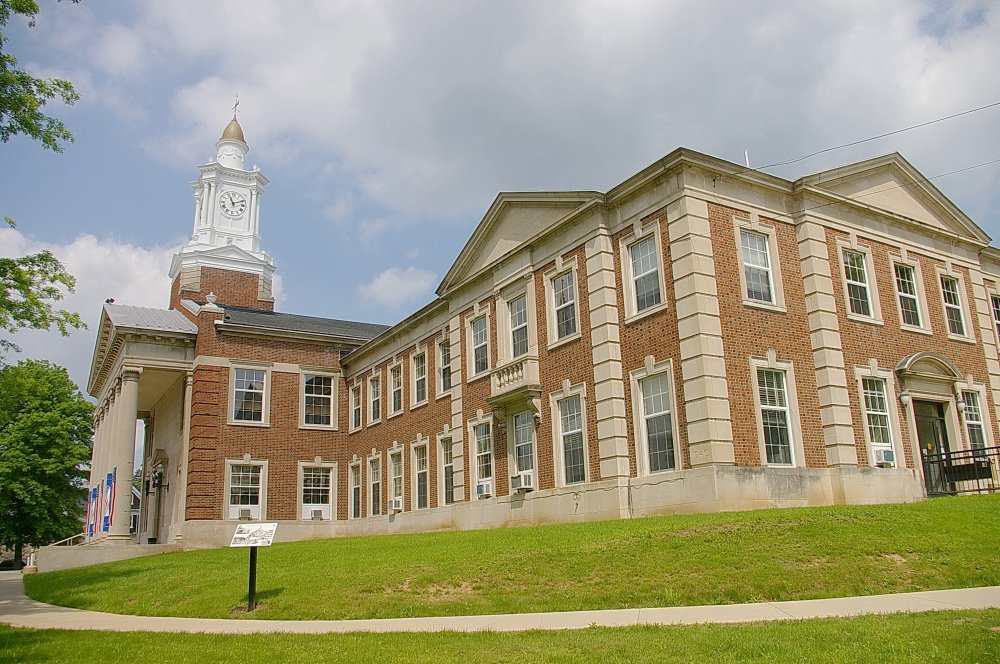 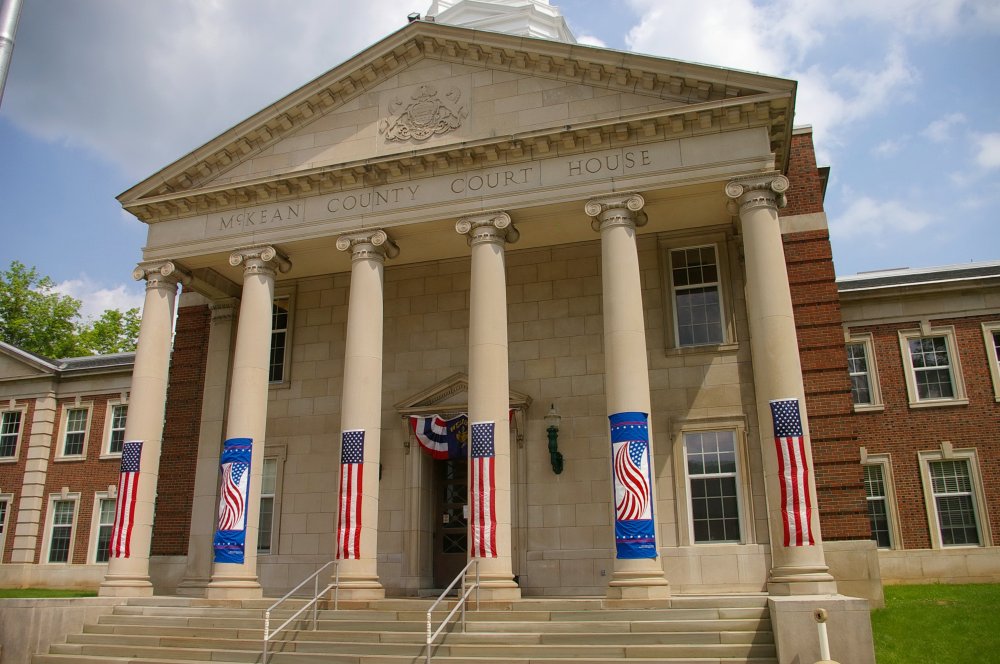 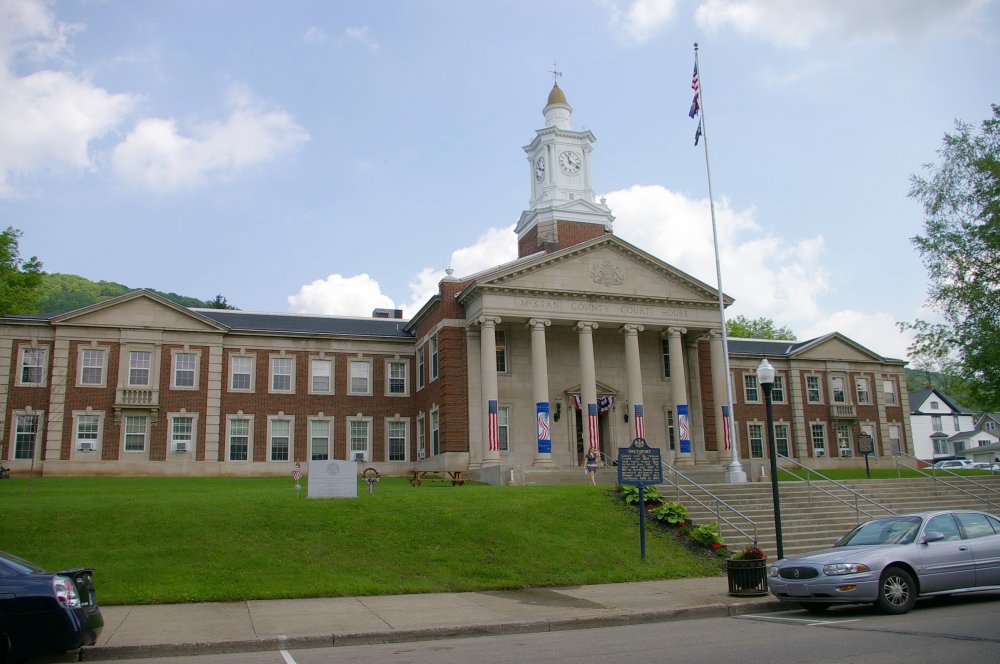 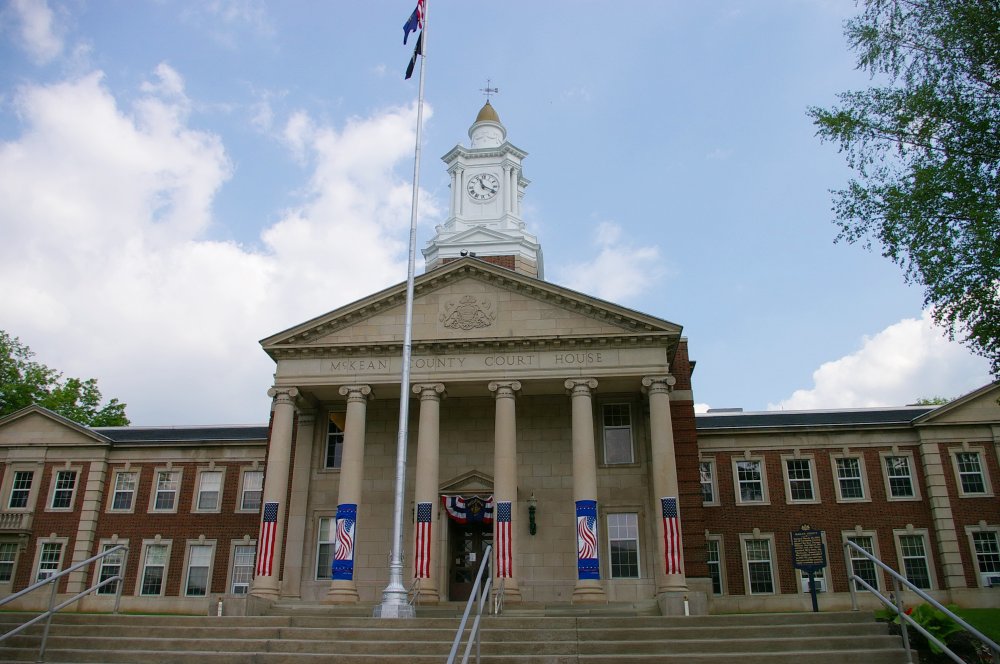 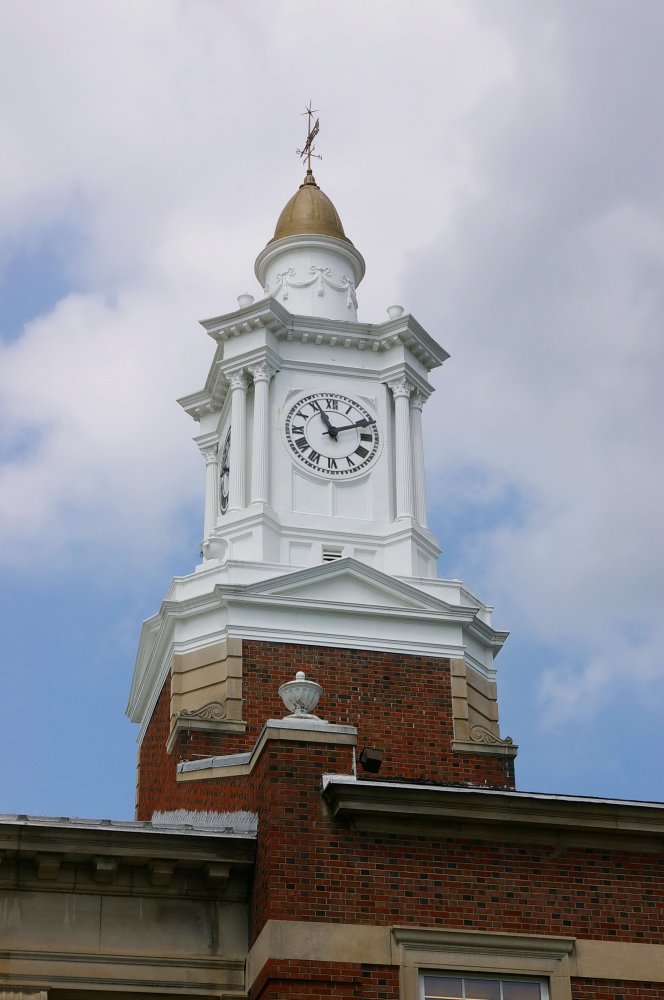 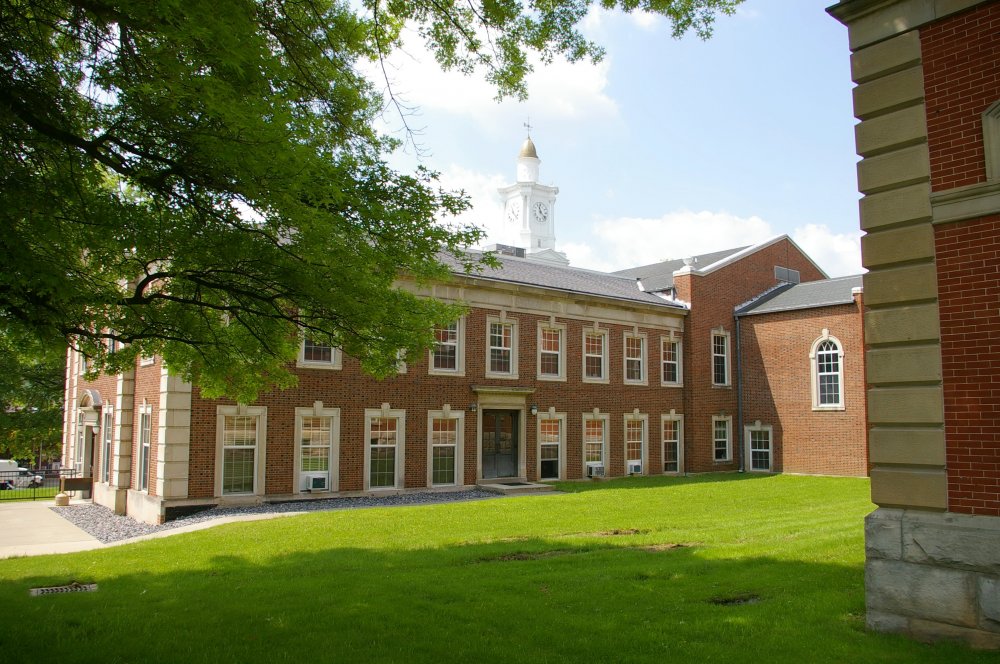 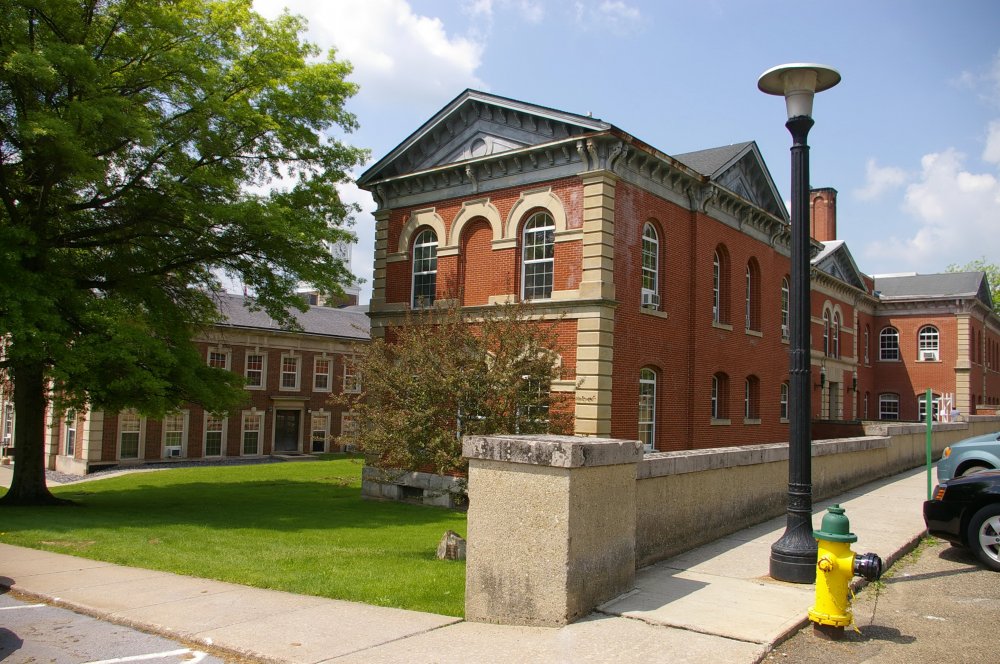 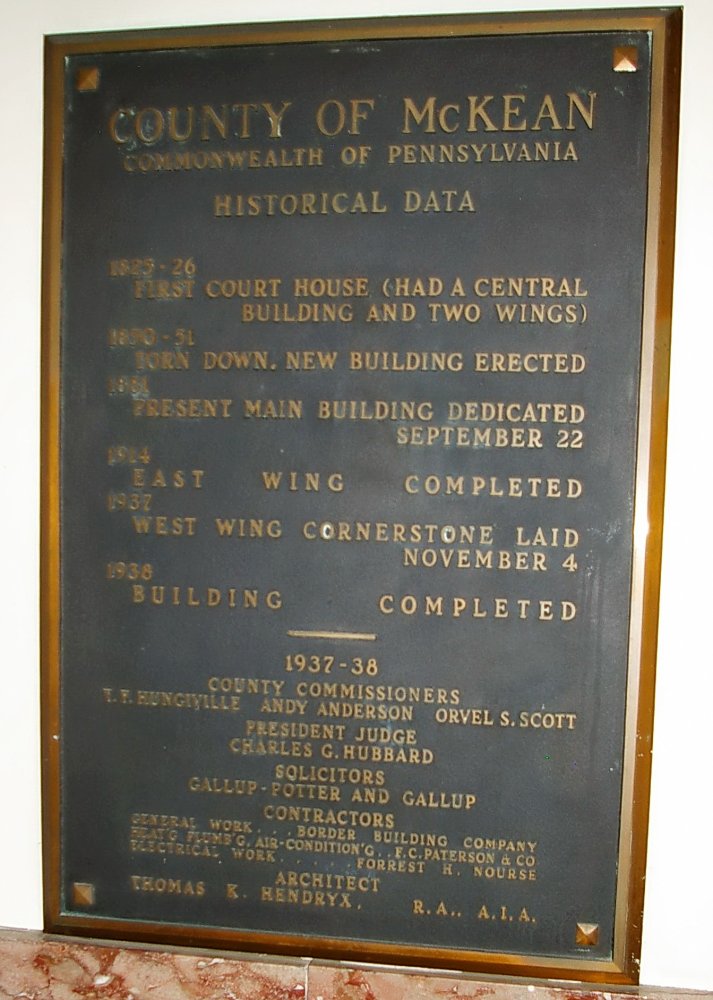 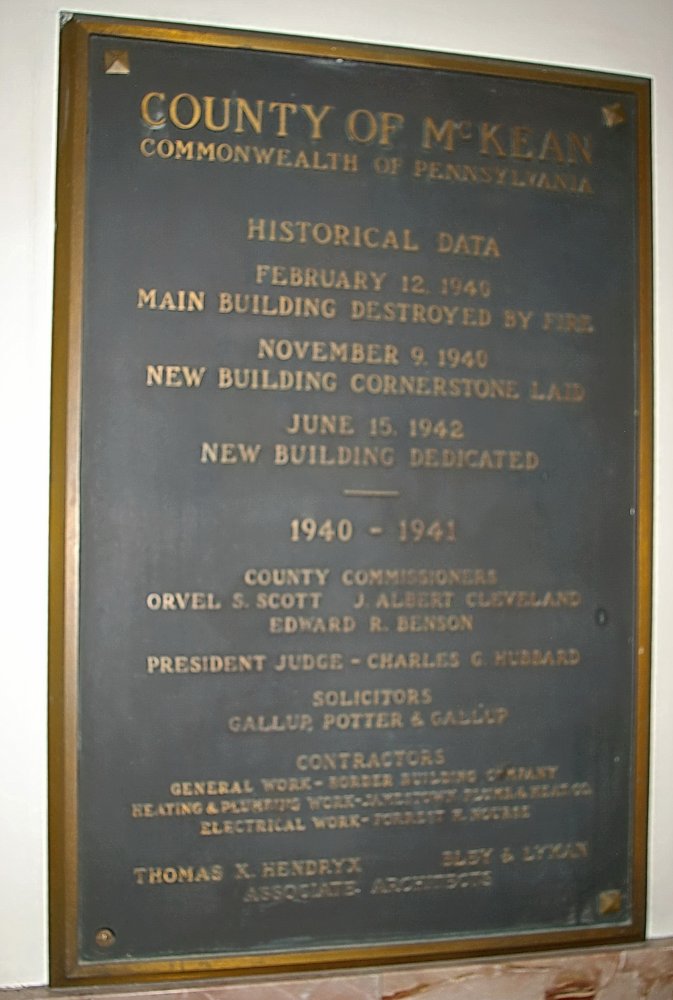 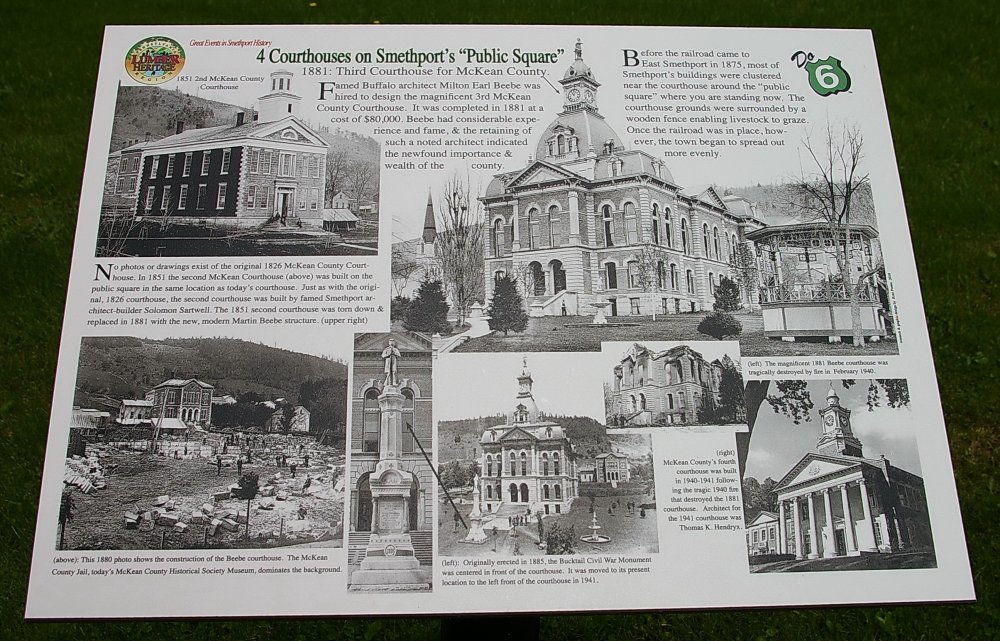 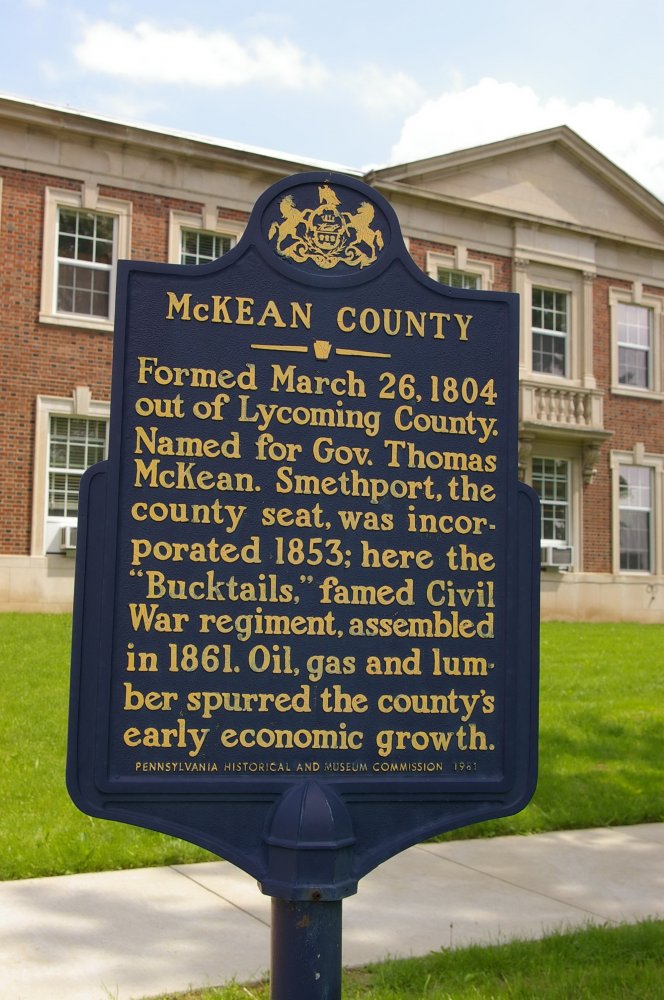