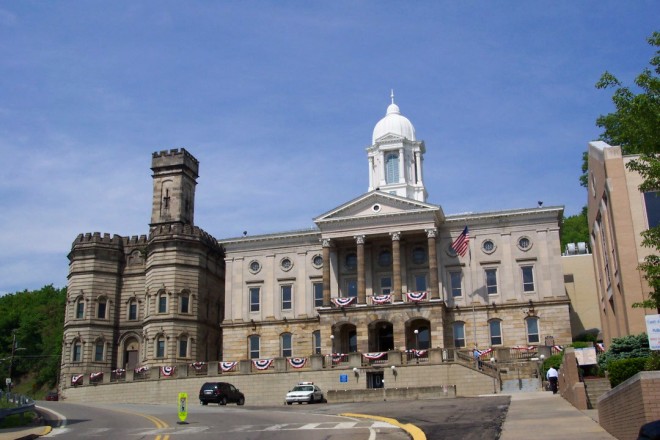 Armstrong County is named for John Armstrong, who was an American Revolutionary War general and a Continental Congressman.

Description:  The building faces  west and is a three story dark stone style structure situate on a rise up a hill. The building has a large portico supported by four columns rising from the second to third story with the pediment at the roof line. There are three large stone arches at the entrance on the first story. A high white colored cupola rises over the entrance. An addition was built in 1871. The building was restored in 1950 to 1953. The architects was Charles J Marr of New Philadelphia, Ohio with Tillman Scheeren Jr. and Walter Rittenhouse of Kittanning. On the north side is the jail constructed in 1870 to 1873. The contractor was Harrison Brothers. The jail is now the records center. 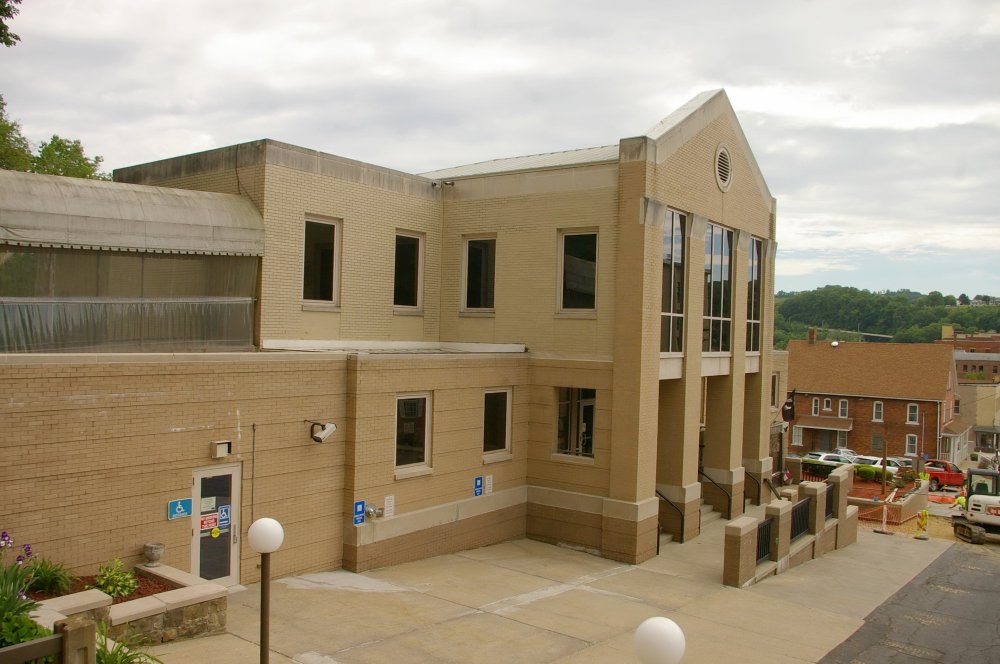 Description:  The building faces north and is a three story buff colored brick and concrete structure situate on a rise of a hill. The north front has a projecting center section with three rectangular openings on the first story and three large windows on the second story. The roof is hipped and the building is connected to the courthouse on the northeast side. 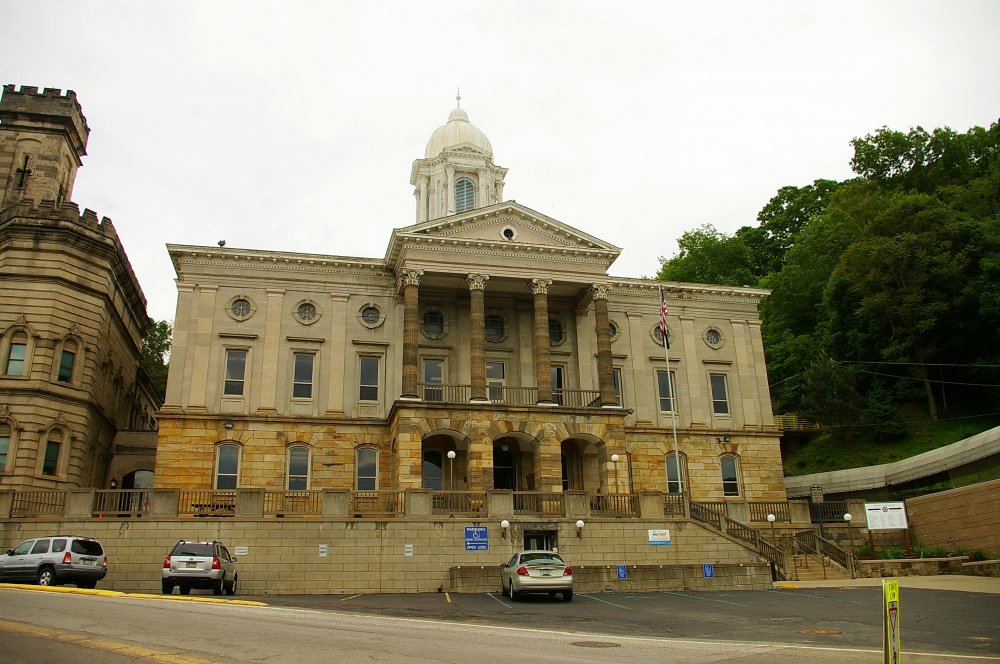 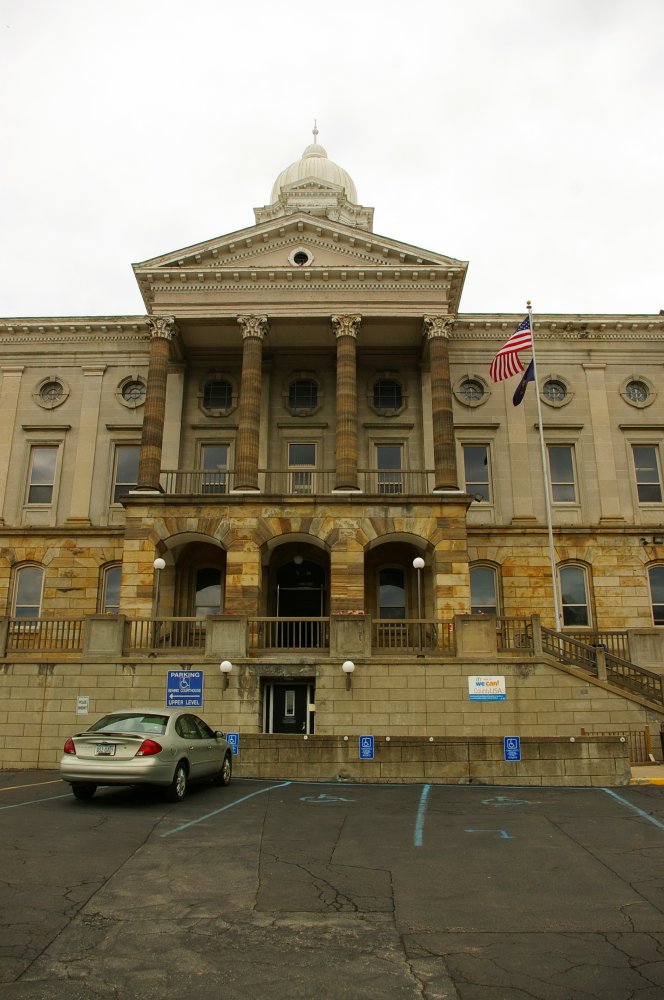 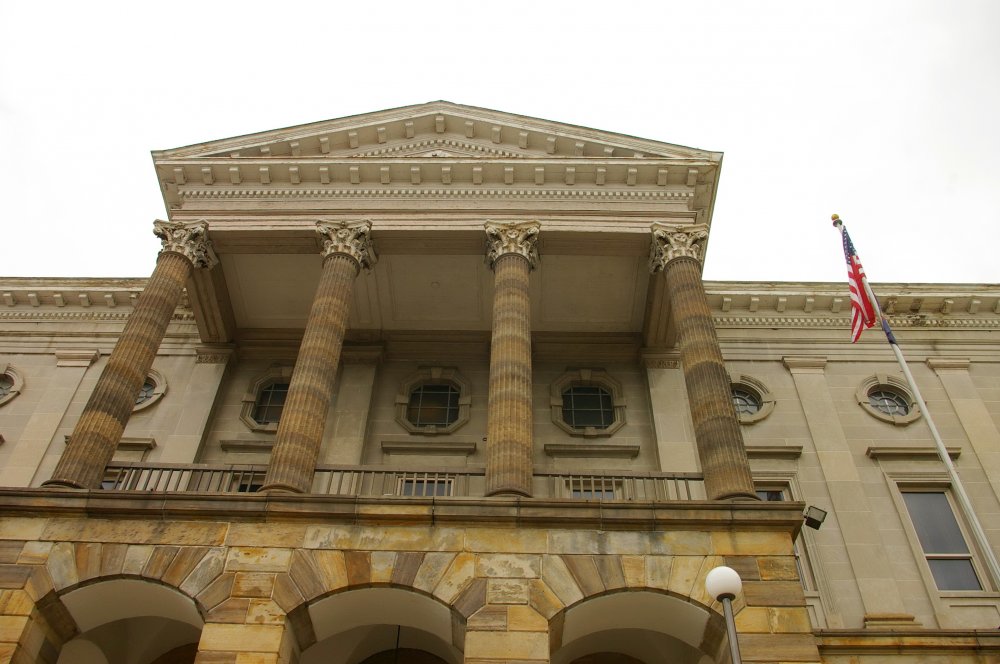 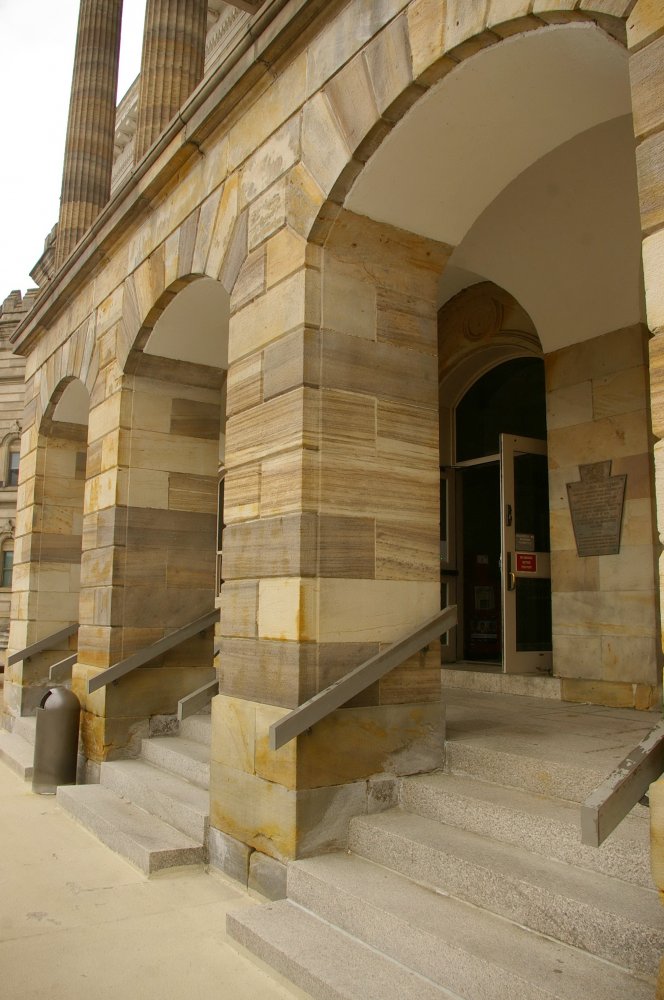 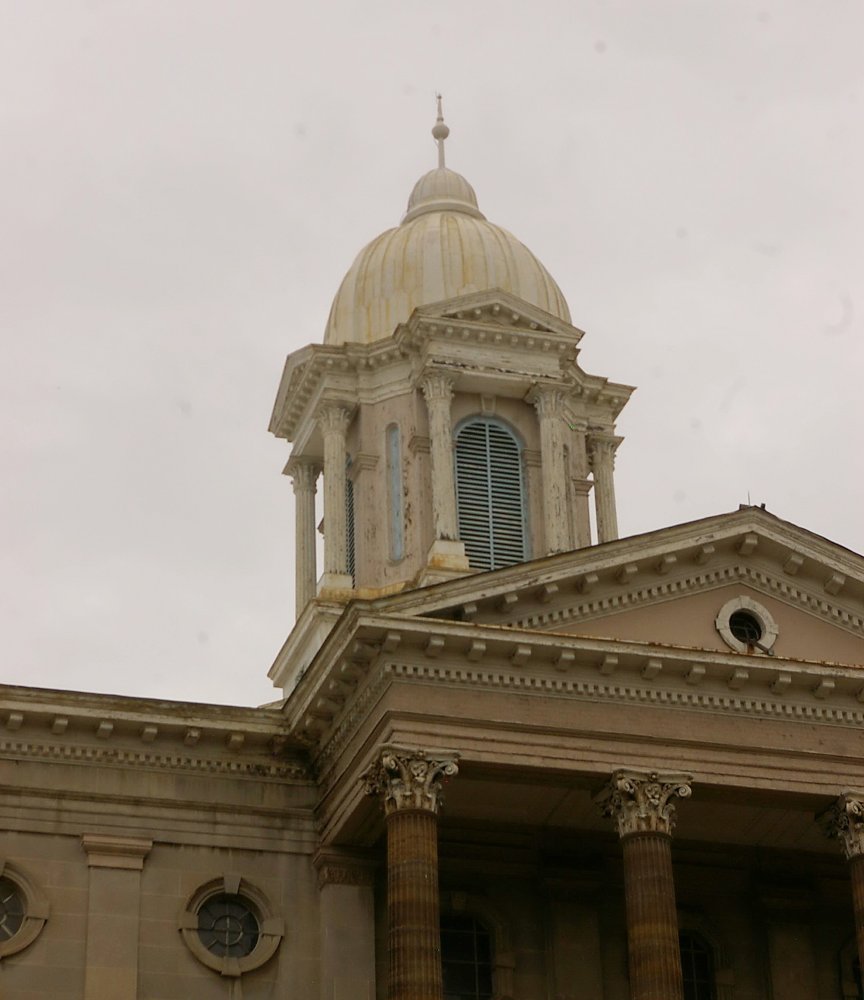 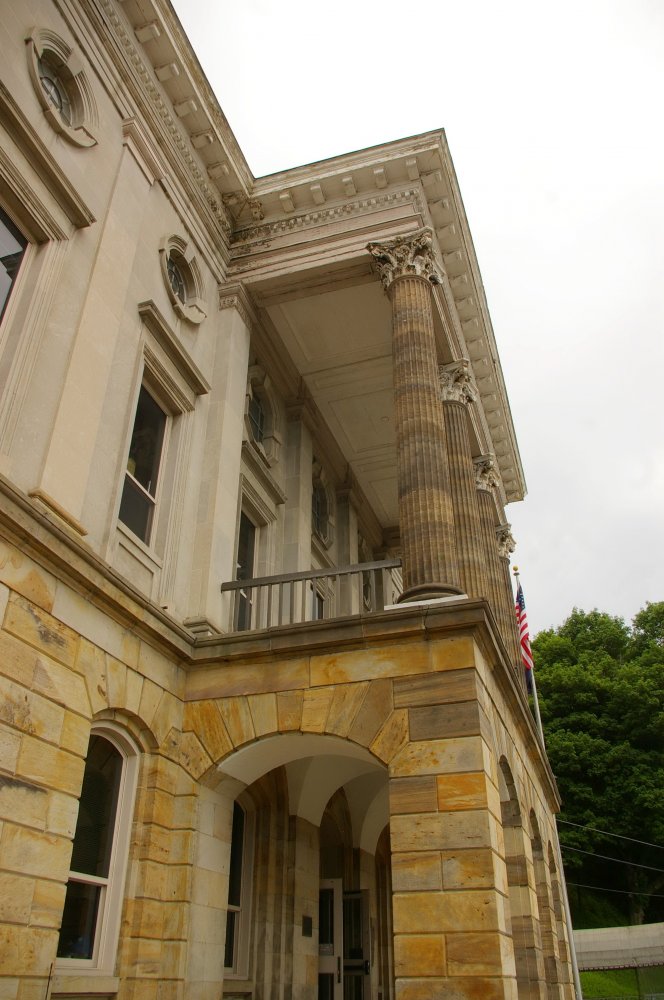 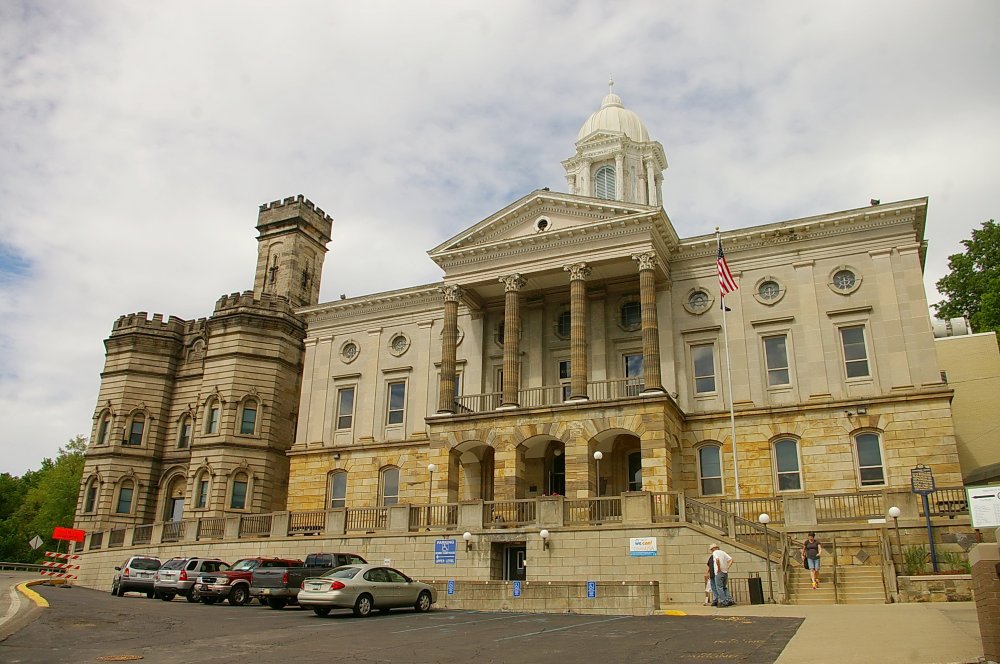 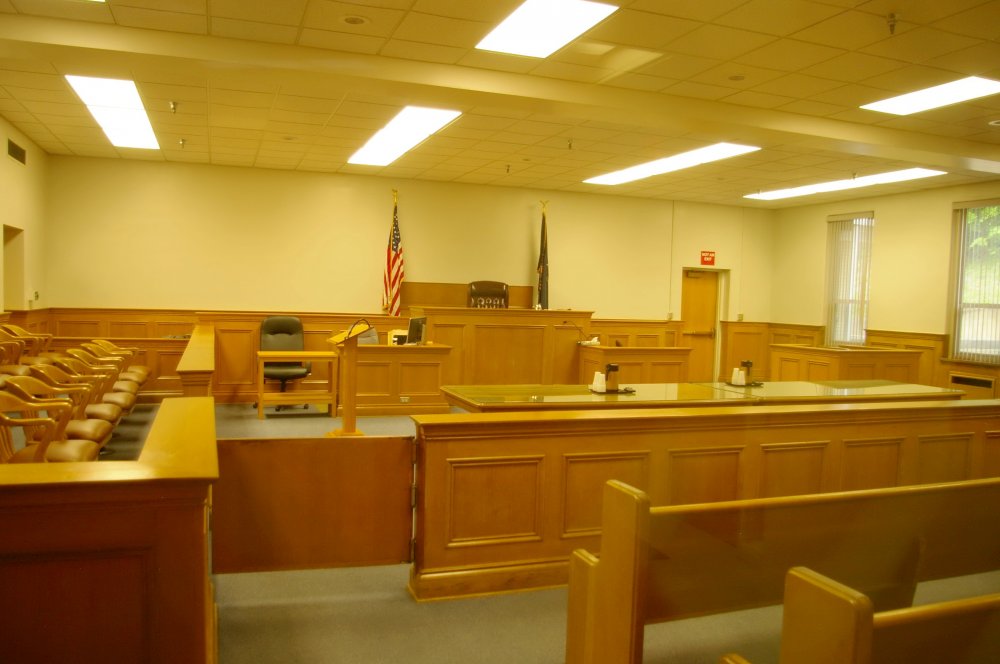 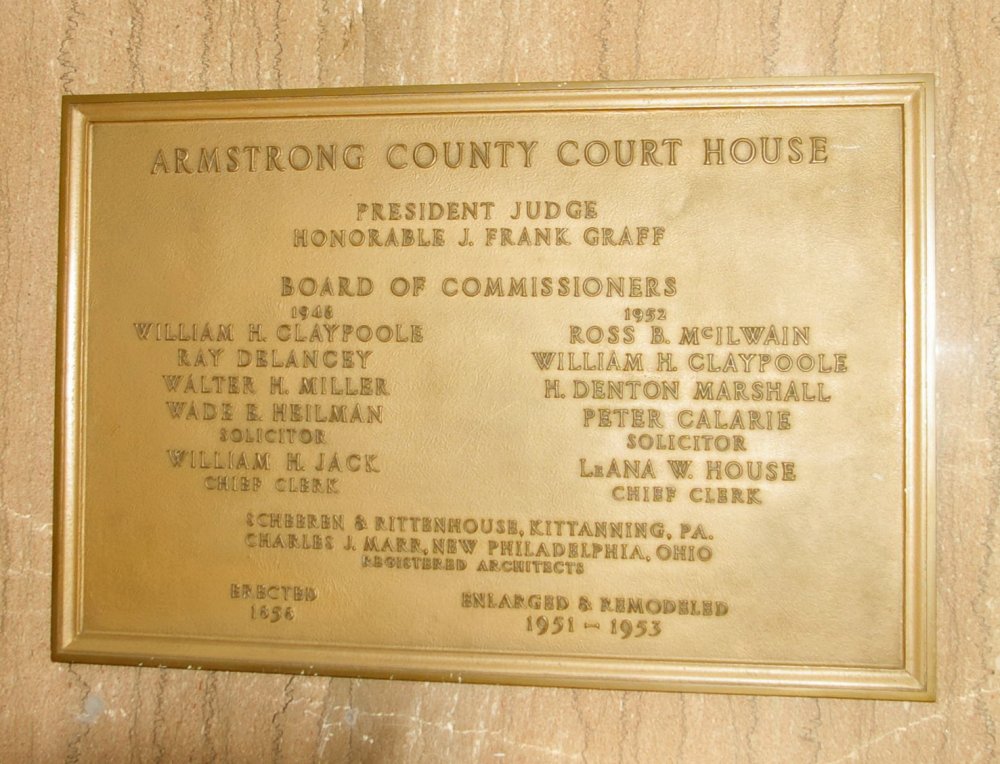