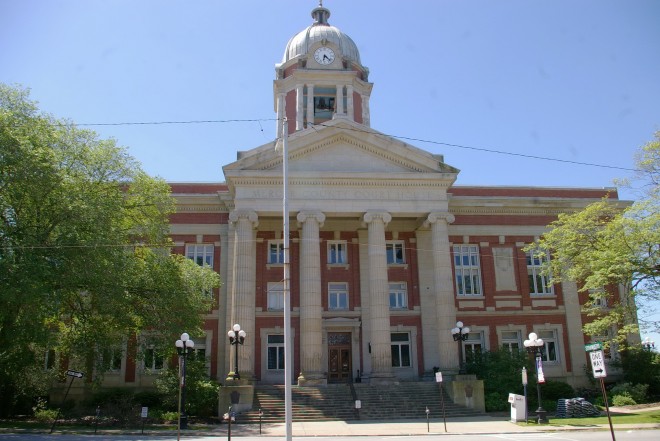 Mercer County is named for Hugh Mercer, who was a soldier and physicians and who died at the Battle of Princeton during the American Revolutionary War. 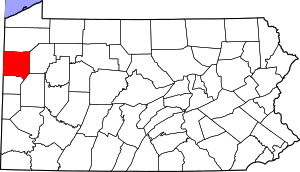 Description:  The building faces north and is a three story red colored brick and light gray colored sandstone structure. The building is located on a small hill in the center of Mercer. The north front and south side have large porticos supported by four high columns supporting a pediment at the roof line. The east and west sides have small porches. There is a wide horizontal cornice running below the flat roof line. On the center of the roof is a high octagonal dome with clock and small cupola at the top. In the interior, the first story has a wide “T” shaped hallway with the rotunda at the top of the “T”. The rotunda is paneled with flat off-white marble. On the second and third stories of the rotunda are large rectangular openings, framed at the bottom by a heavy-balustraded railing of marble, and on the sides by plaster scagliola columns in antis, crowned with gold-painted or leafed Corinthian capitals. The rotunda is capped by a circular stained-and-art glass light in 12-sections. There are monumental stairs in the south center. The courtrooms are located on the second and third stories with the small courtroom on the third story. Courtroom Number One has a heavy, dentiled and bracketed cornice, and a shallow-coffered ceiling, both decoratively painted. Immediately below the cornice the walls are stenciled with tall repeating pattern of urns and fleur-de-lis, with each stylized urn connected by a swag with a heavy pendant or cartouche. A fleur-de-lis stencil also encircles the room above the paneling.  On the south side of the building is the South County Courthouse Annex.

See:  The architect, Charles F Owsley of Owsley and Boucherle of Youngstown, Ohio, also designed the courthouse in Mahoning County, Ohio, which is a similar type of structure. 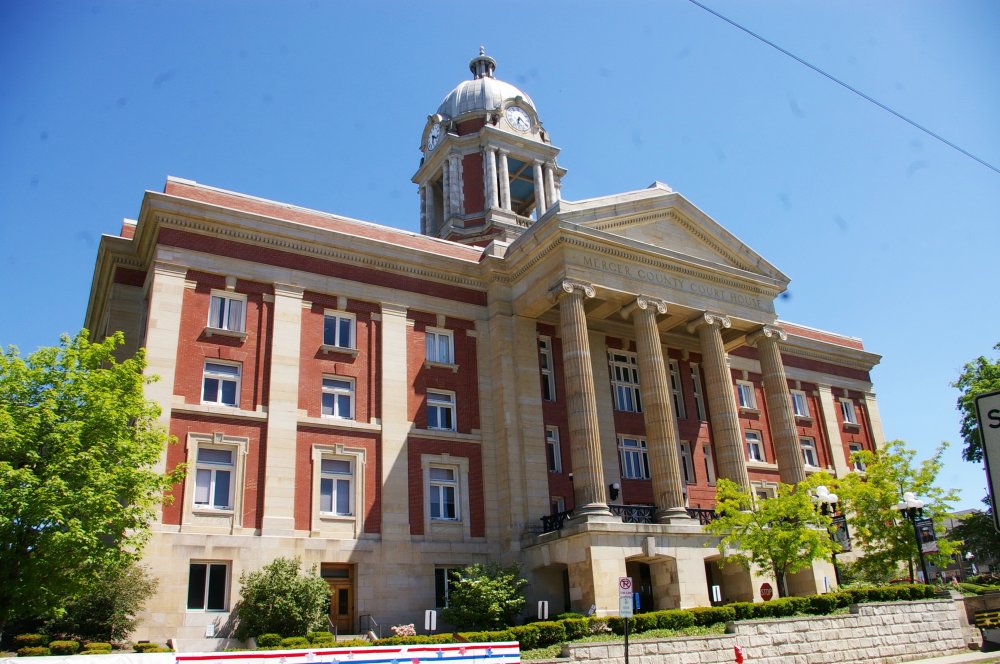 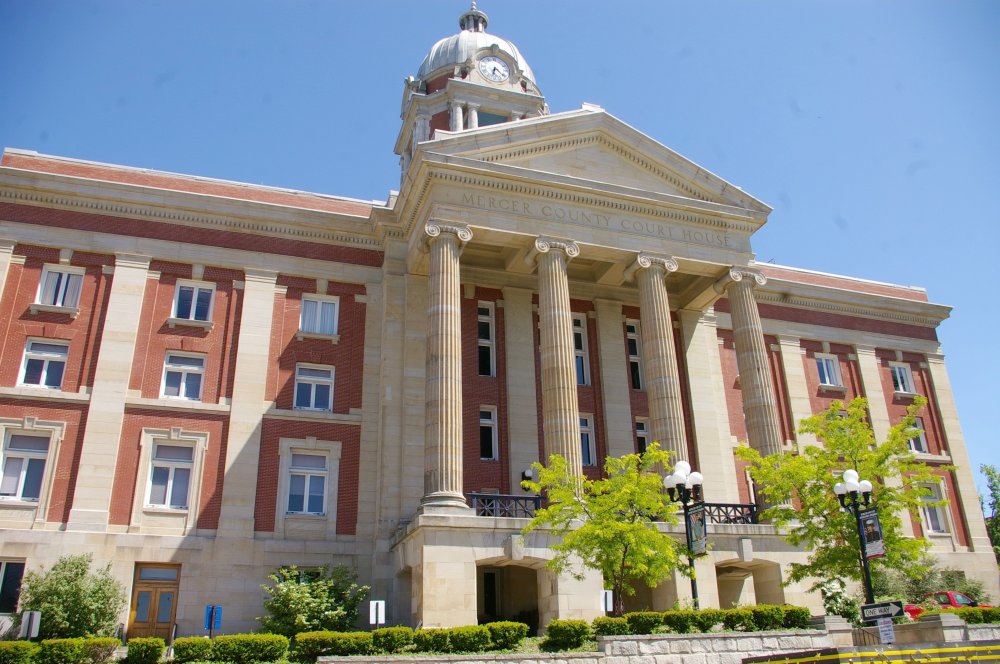 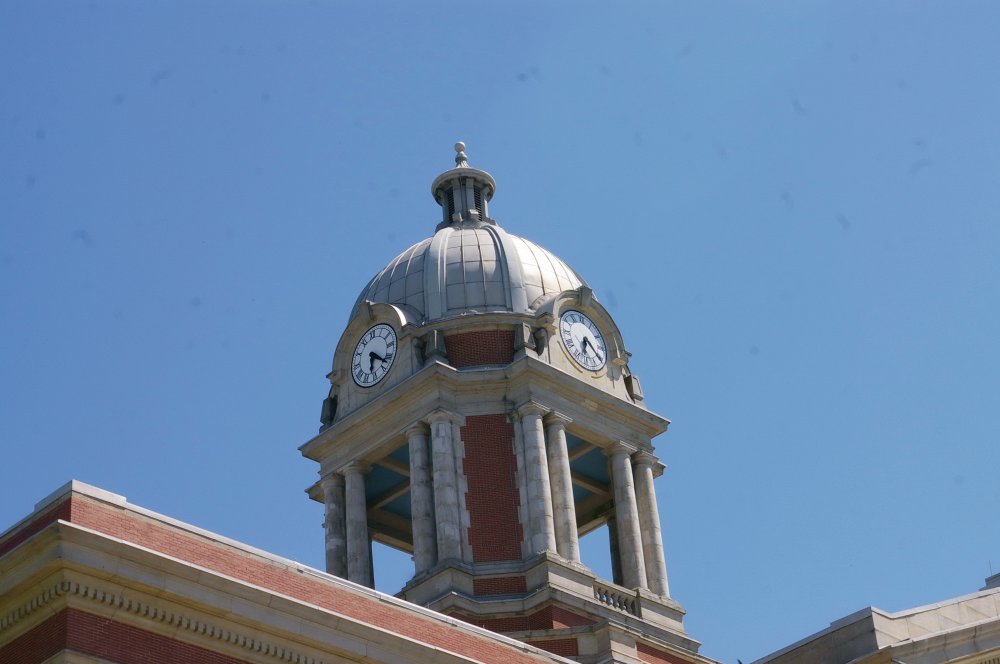 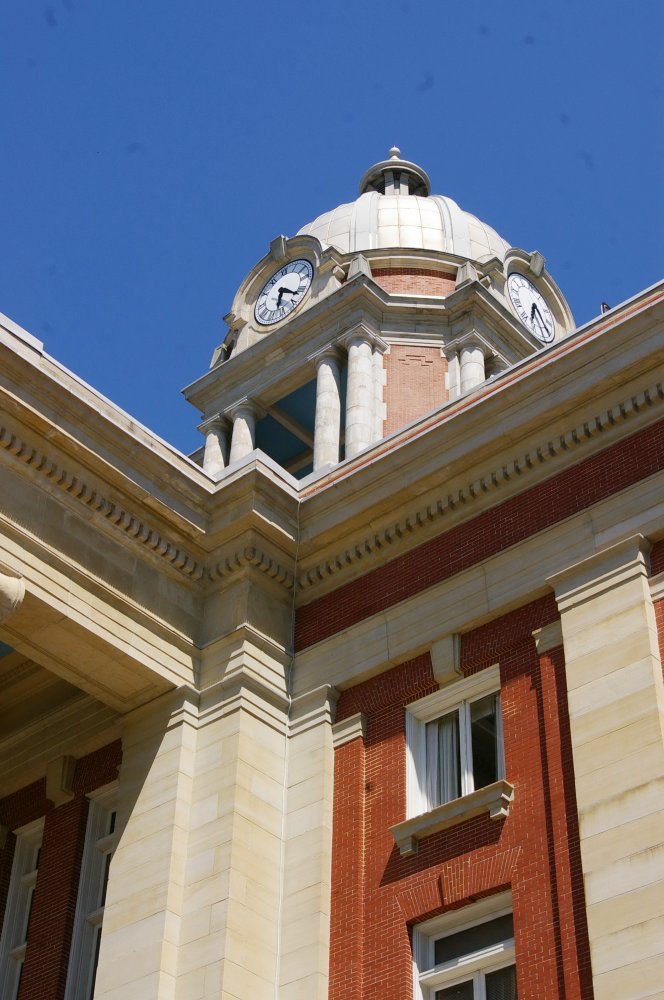 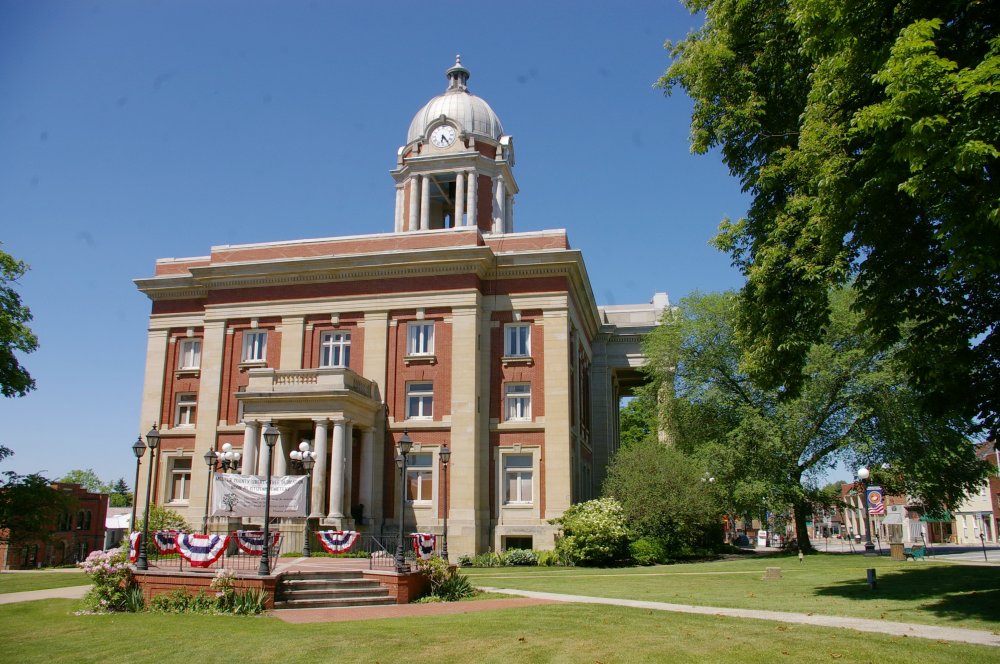 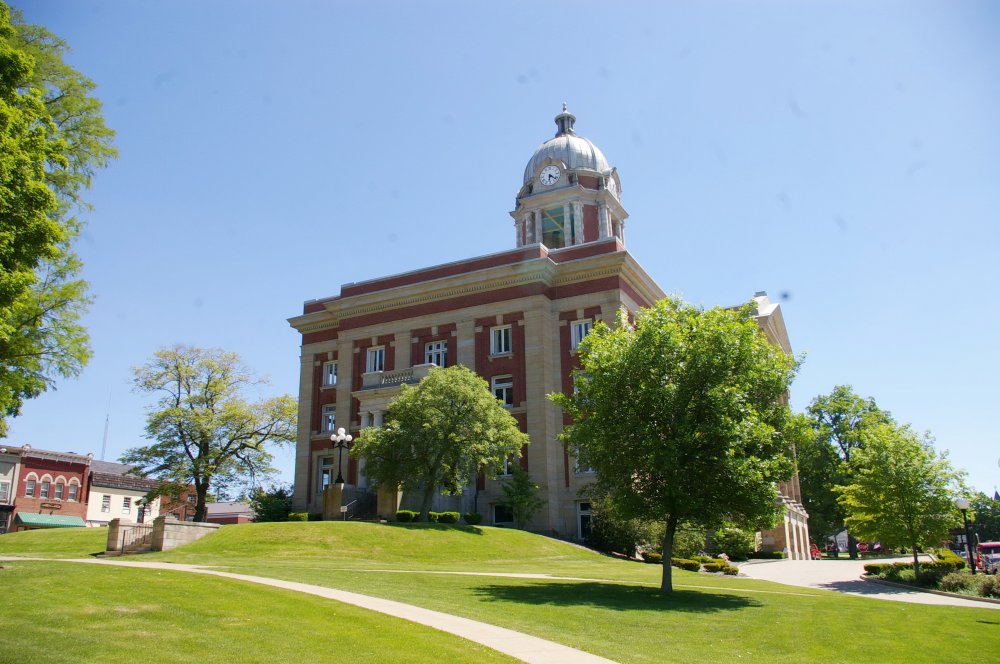 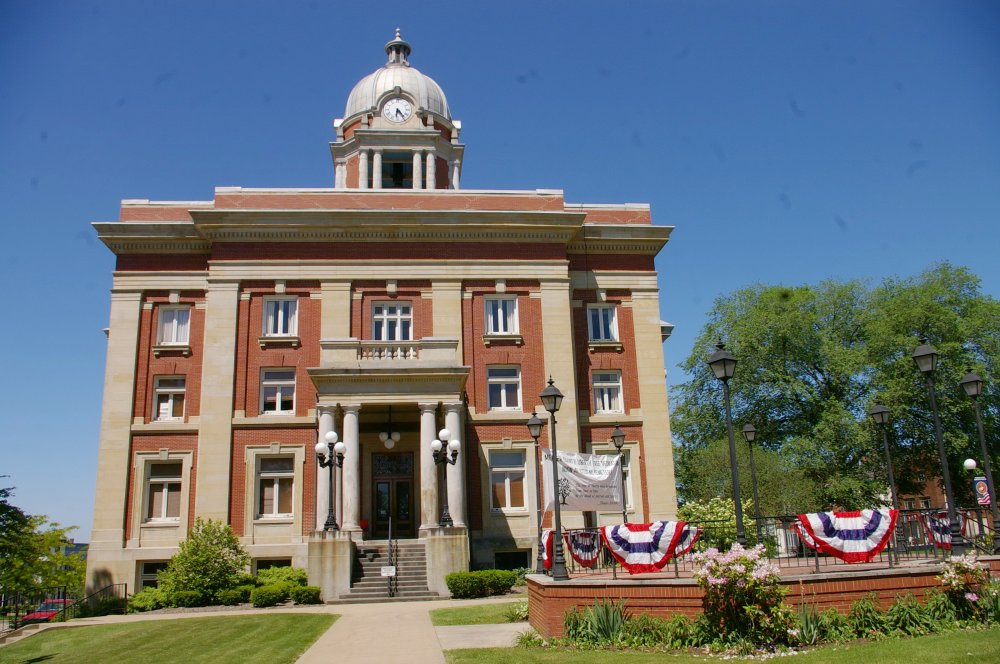 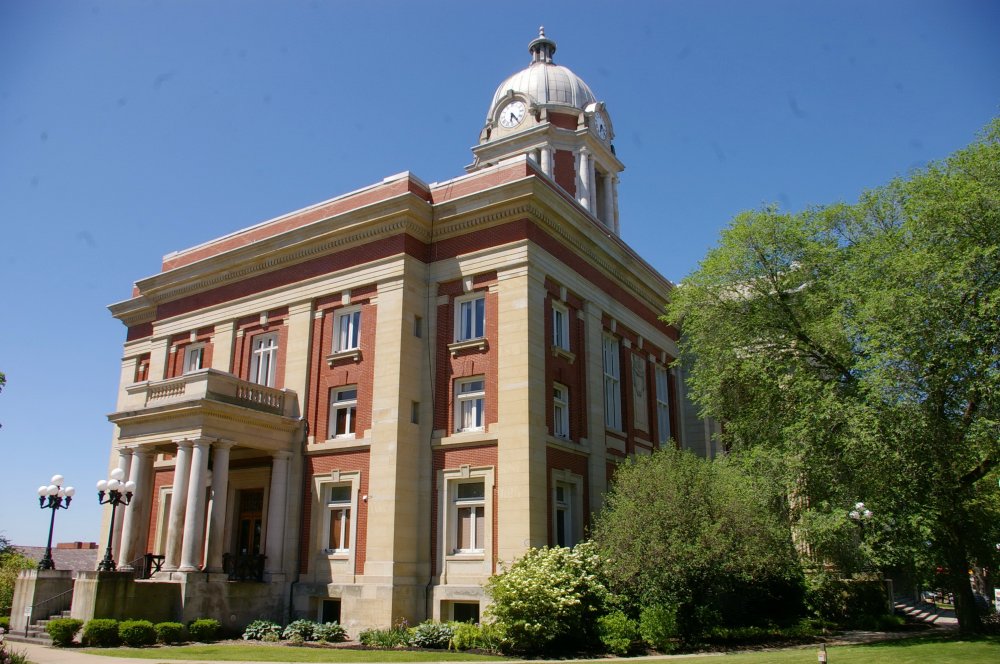 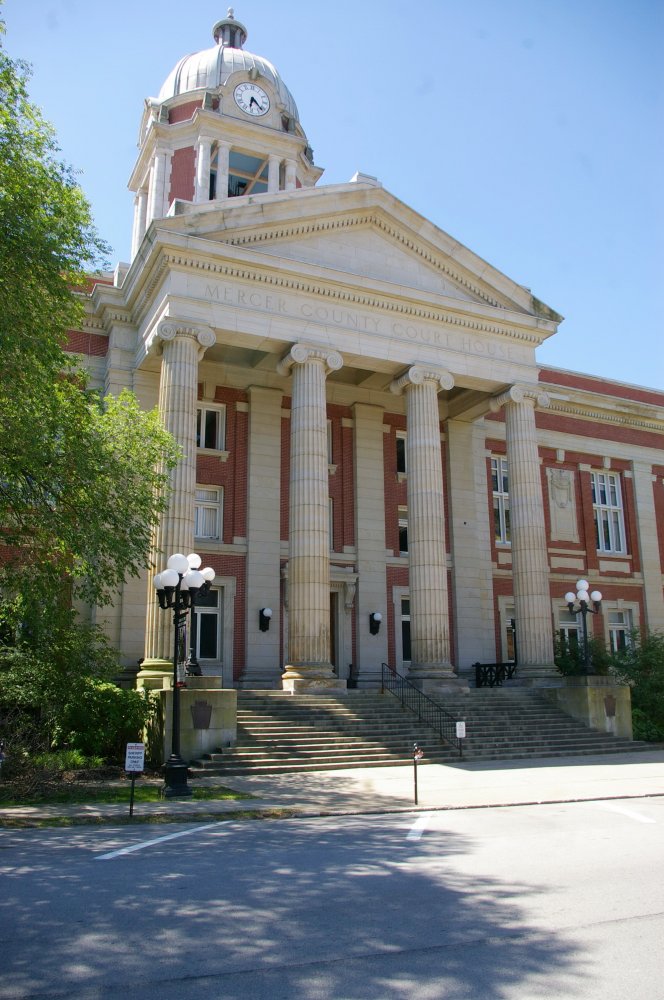 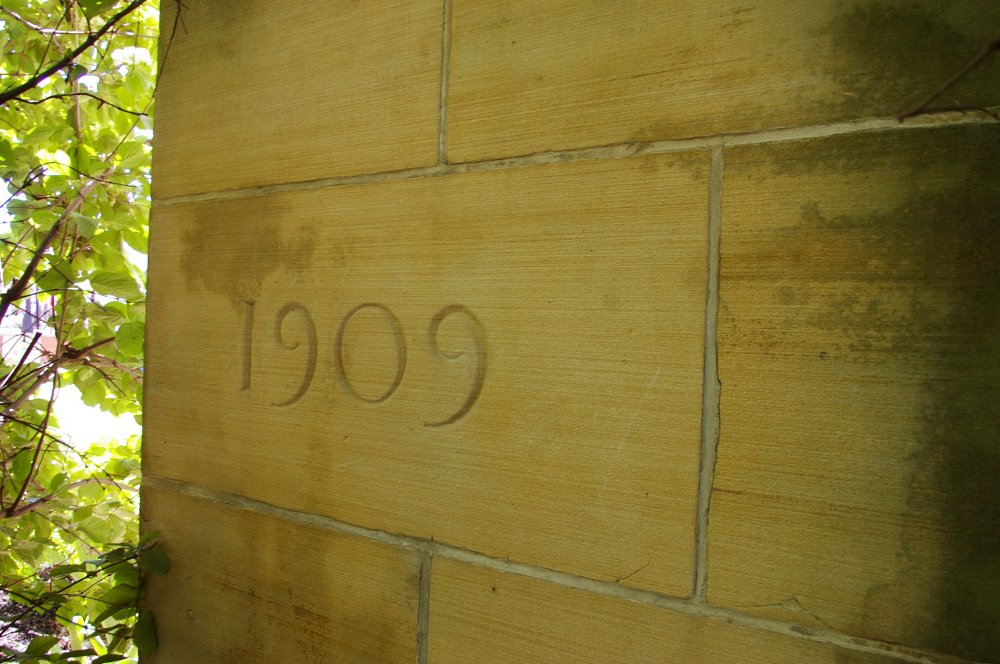 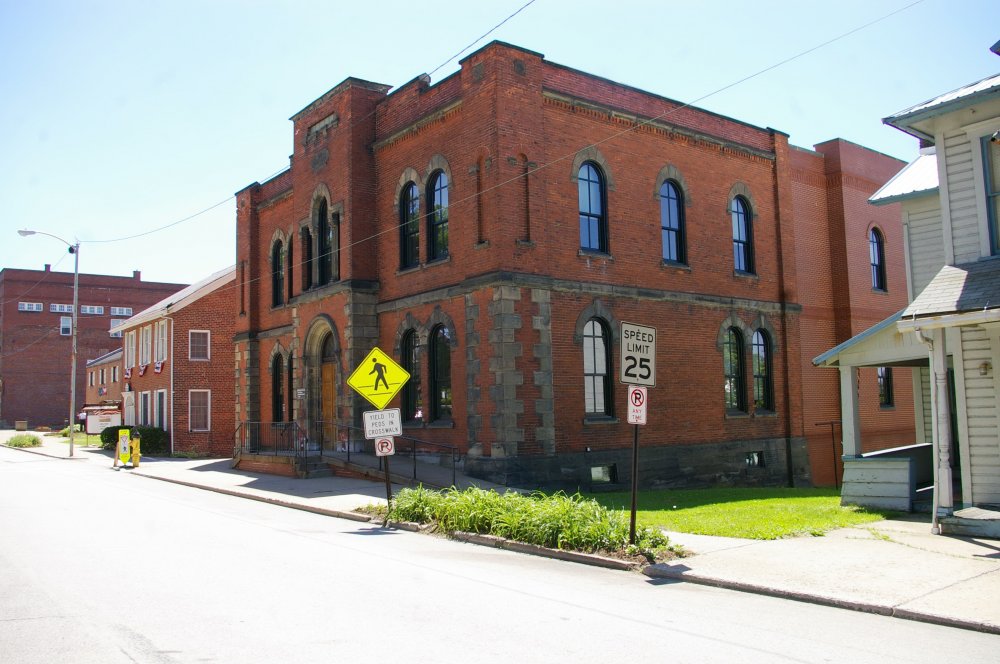 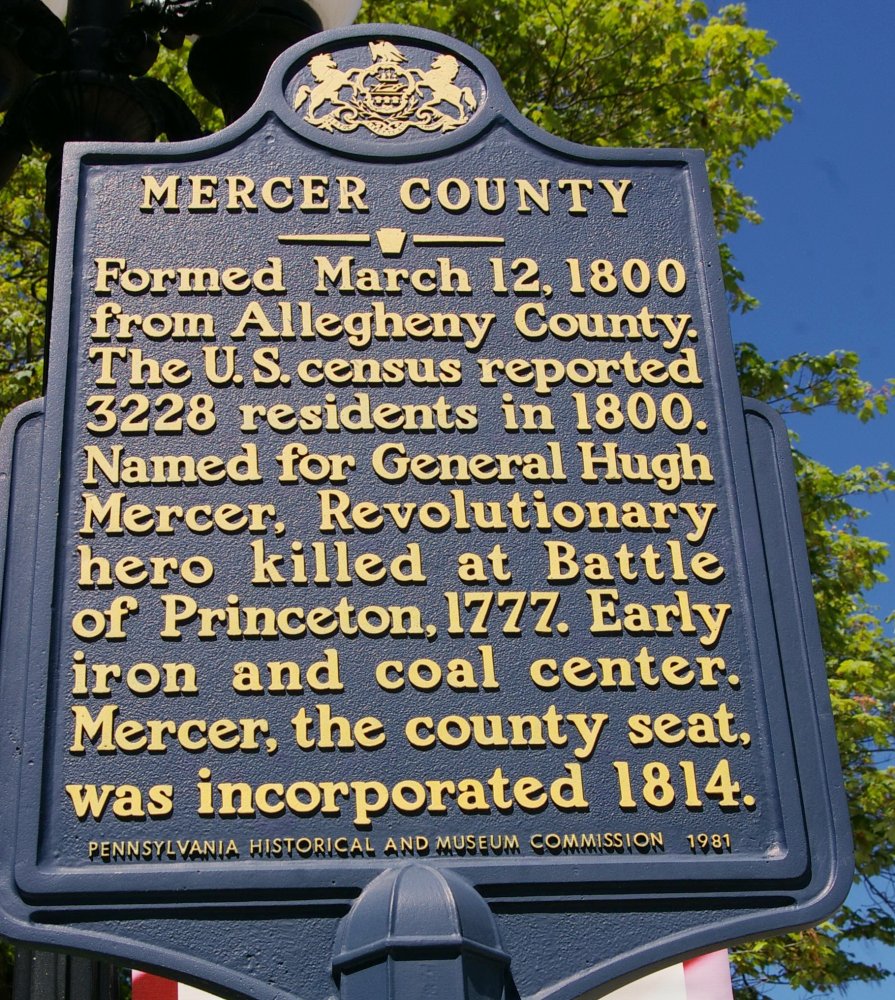