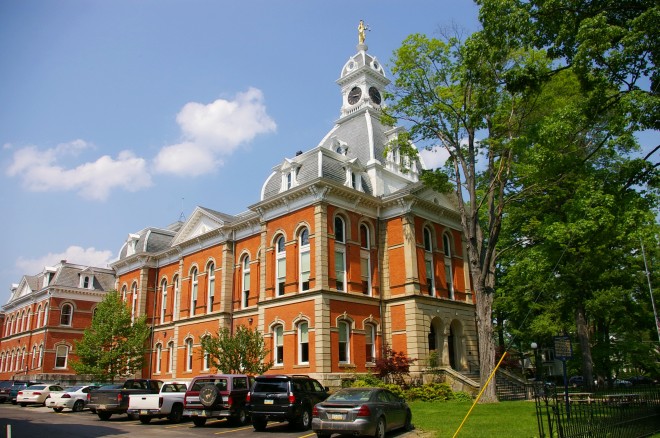 Warren County is named for Joseph Warren, who was a doctor and soldier and who served as chief executive of the revolutionary Massachusetts government during the American Revolutionary War.

Description:  The building faces south and is a two story red colored brick and stone structure. The south front has a projecting center section with two arches framed with stone. Above are two large arched windows with pediment at the roof line. Behind the pediment is a large clock tower with cupola and Lady Justice at the top.  The southwest and southeast corners have square towers with mansard roofs. On the east and west sides are central smaller pediments and mansard towers on the northwest and northeast corners. Additions were made in 1916, 1925 and 1978 to the north. In 1925 the central section was built. The architect was Edward A Phillips. On the west side of the building is the old Sheriff’s Residence. 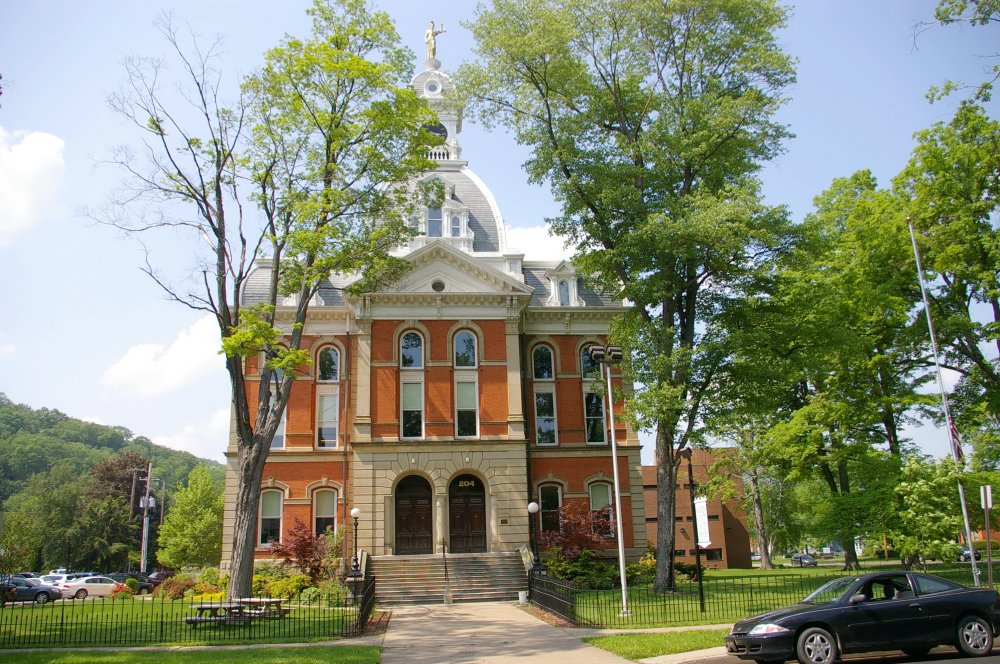 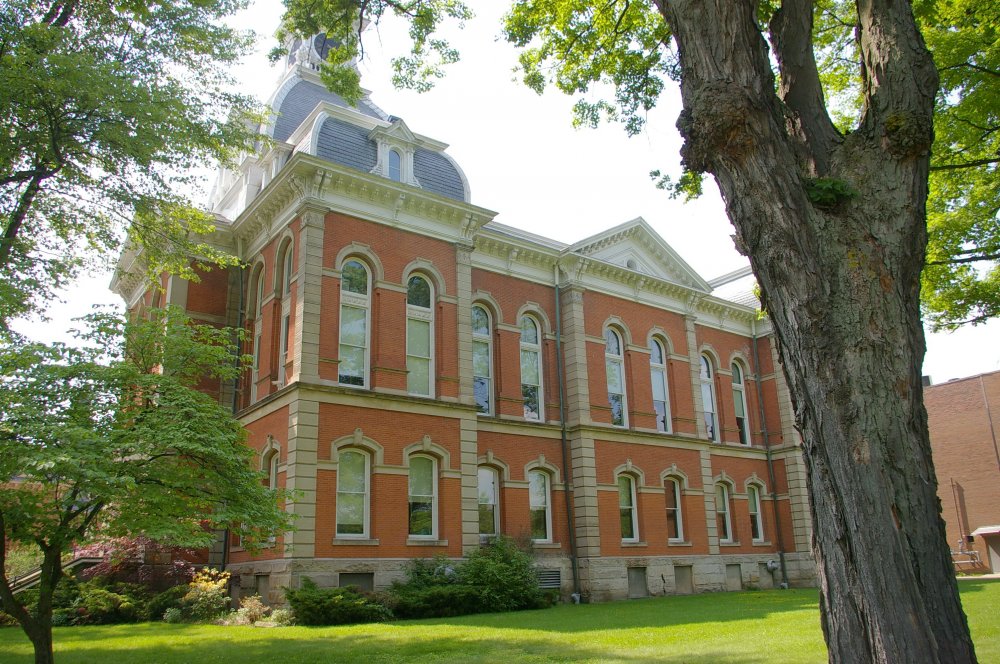 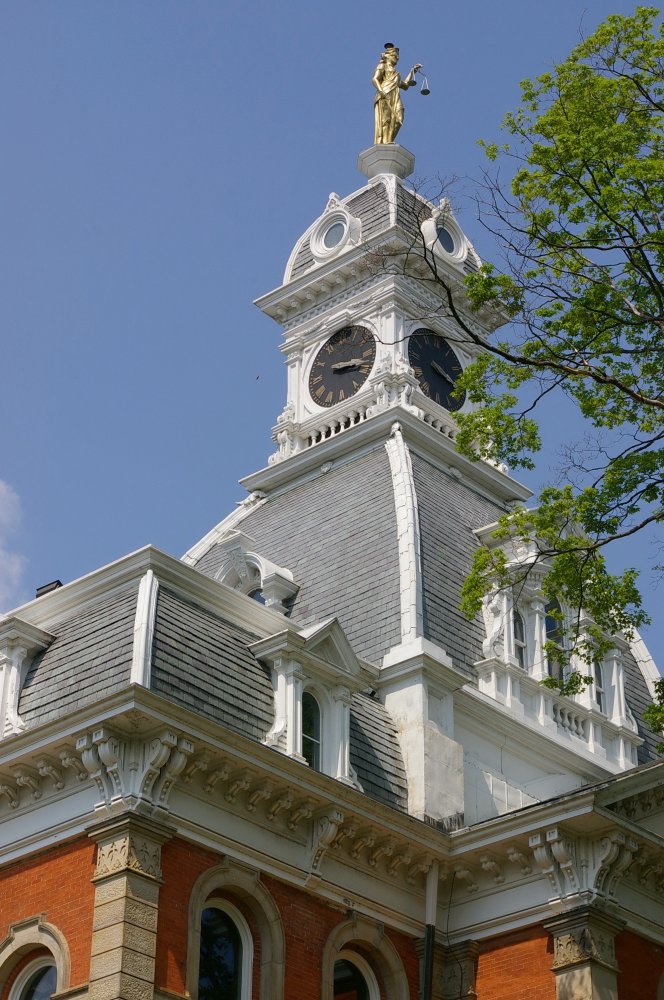 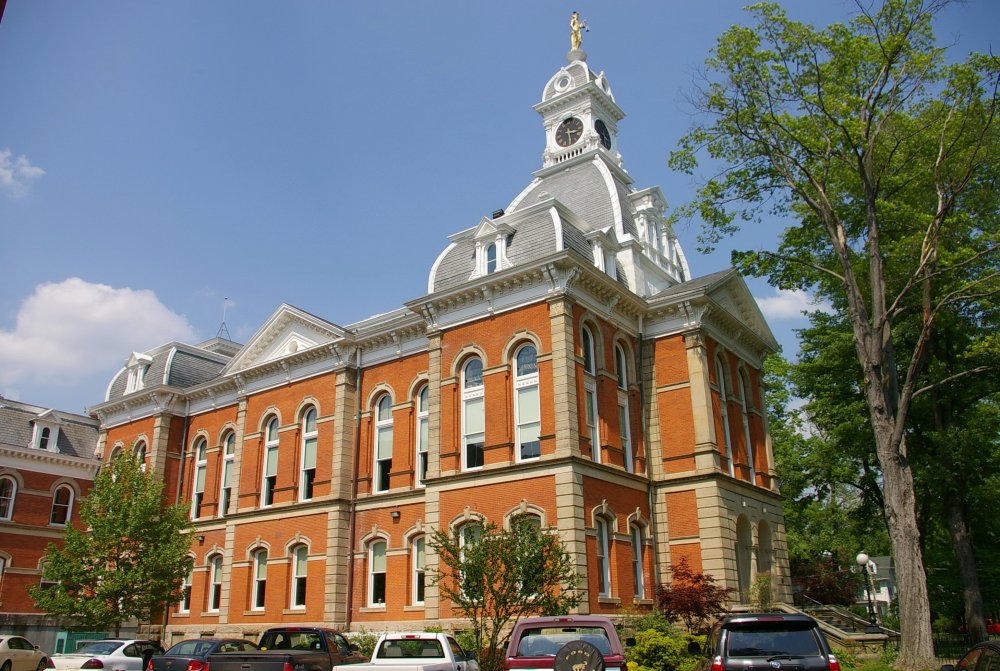 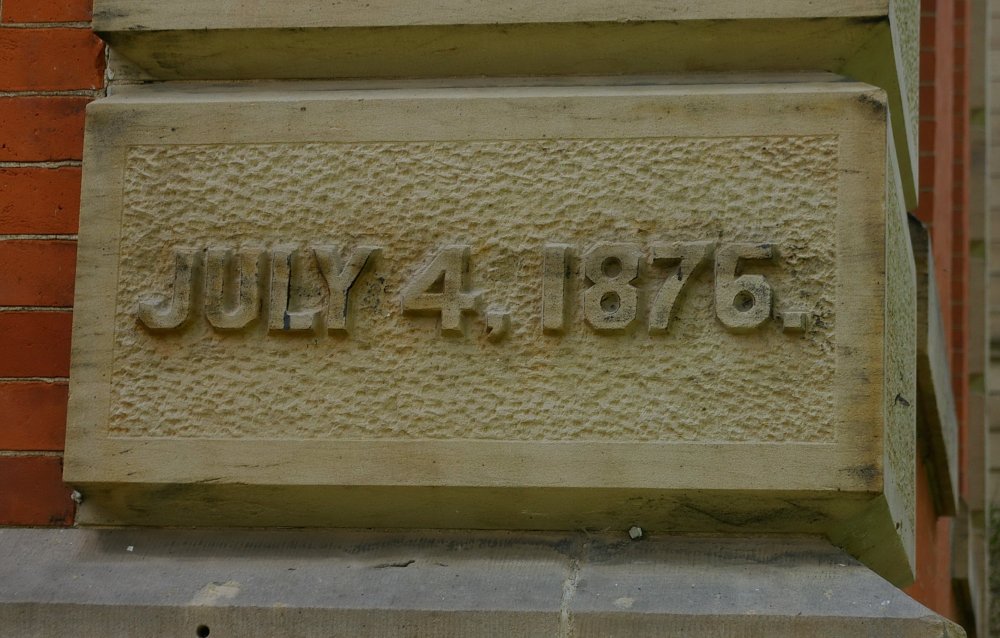 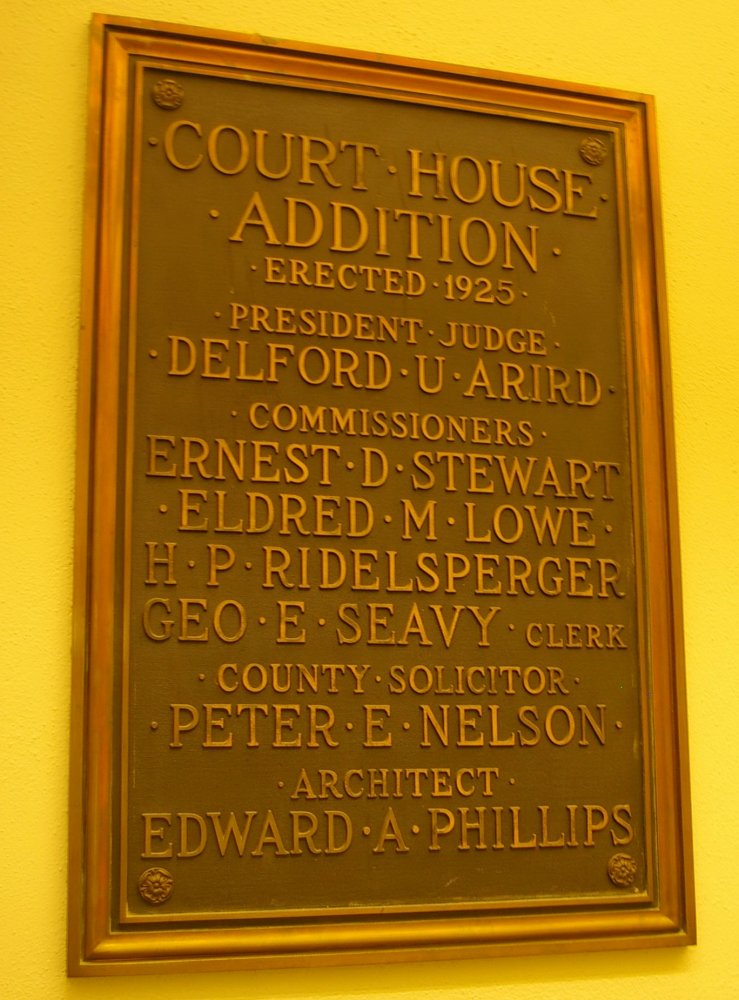 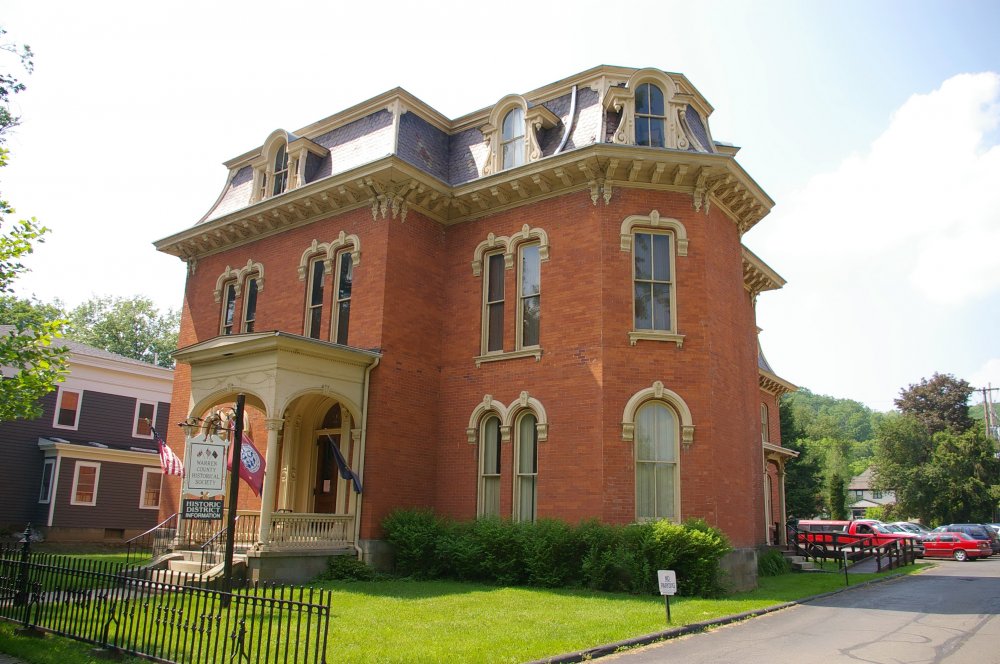 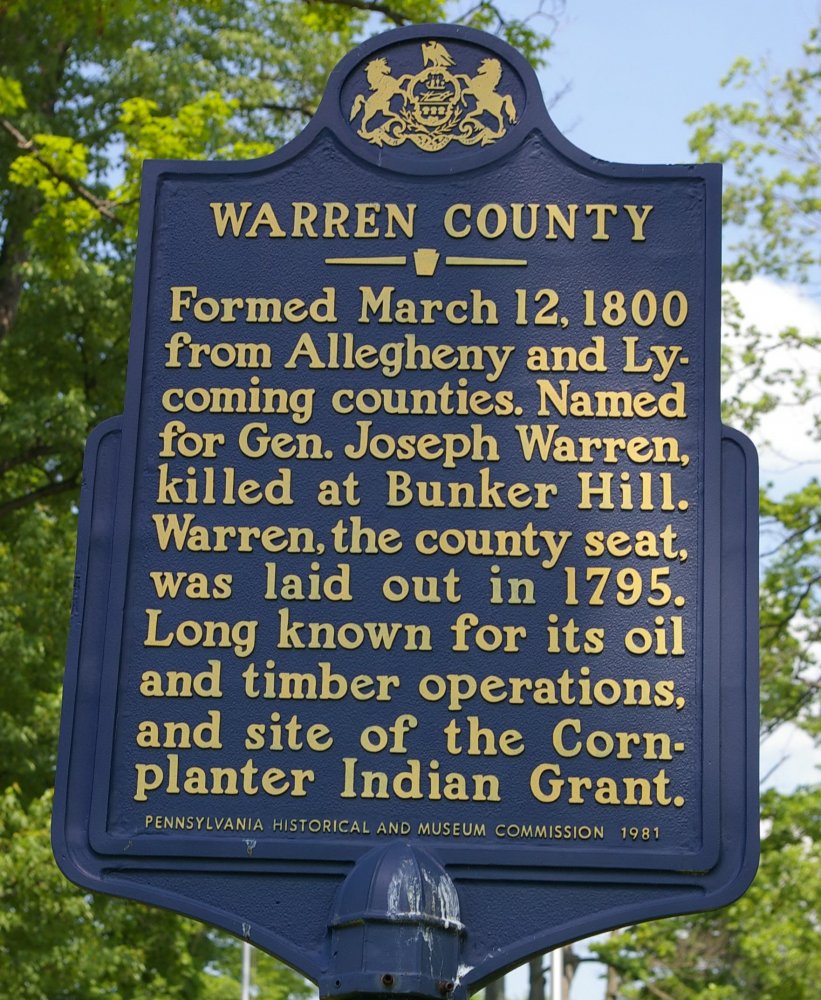