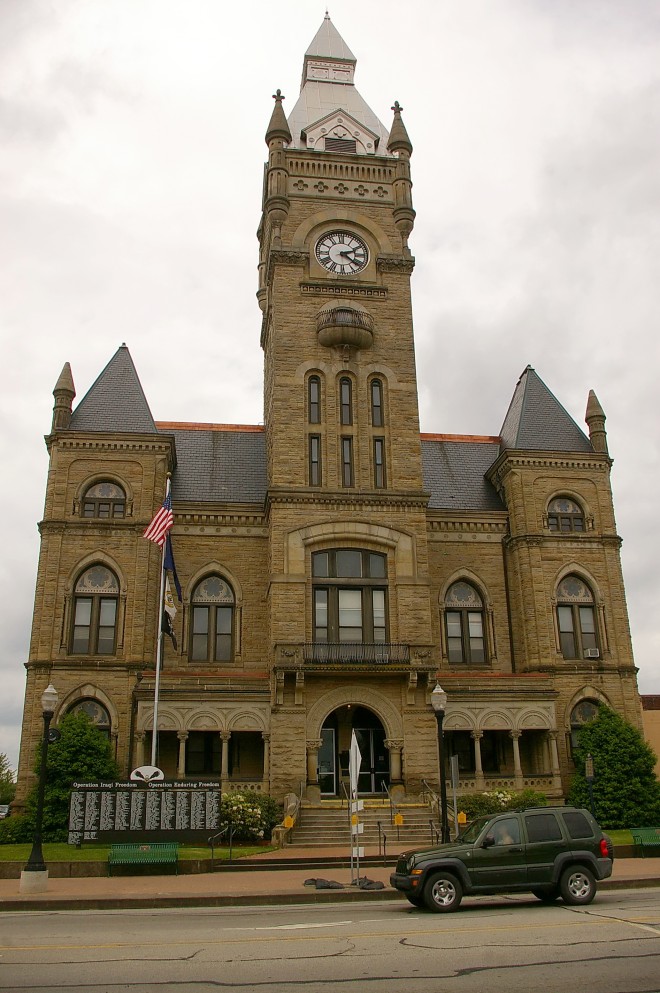 Butler County is named for Richard Butler, who was an American Revolutionary War general and who was killed at the Battle of Fallen Timbers.

Description:  The building faces east and is a three story brown colored sandstone structure. The building is located on landscaped grounds in the center of Butler. The outside walls are 22 inches thick, made of honey-brown colored local sandstone lined with brick. The central tower rises four stories with clock and steep stainless steel mansard roof. Smaller square stone towers are on the north and south corners. The second story has arched windows. The building has an enclosed front porch. The roof is hipped. The building was enlarged in 1908. The building is connected to the County Government Center on the west side by a second story bridge. 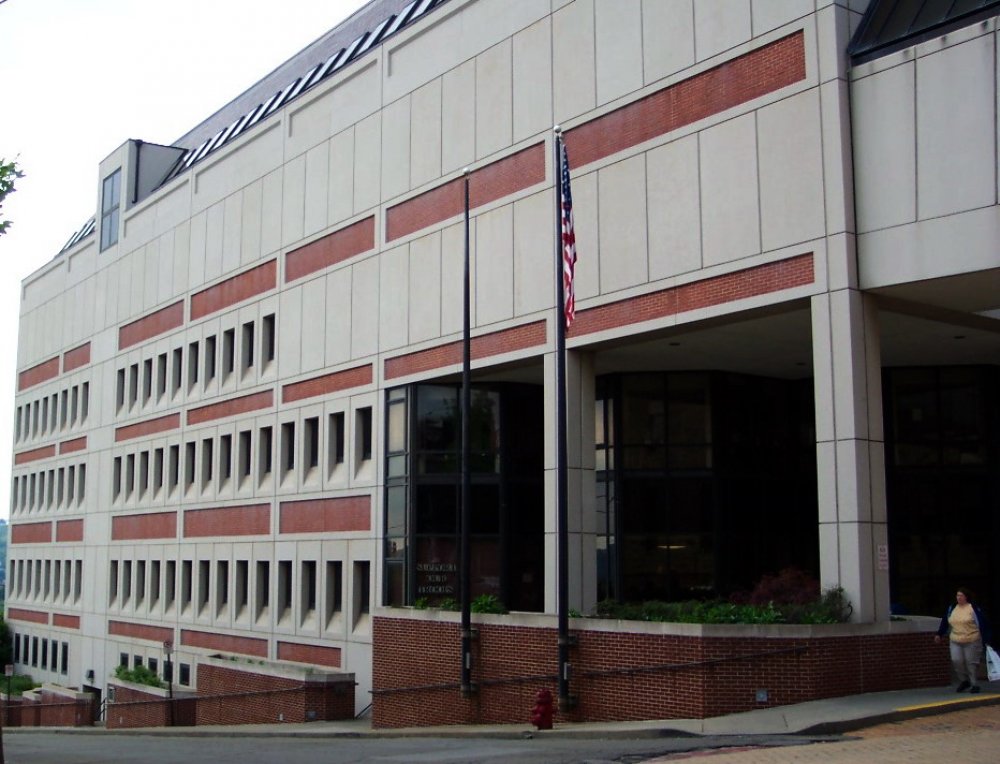 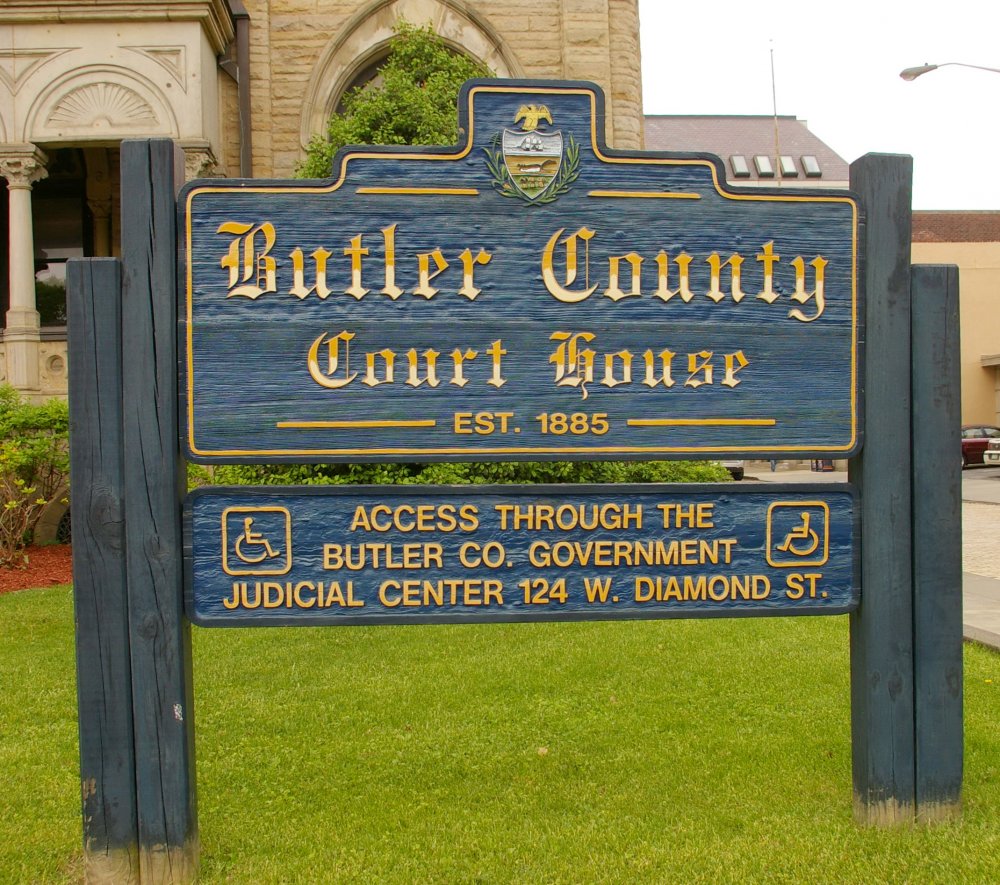 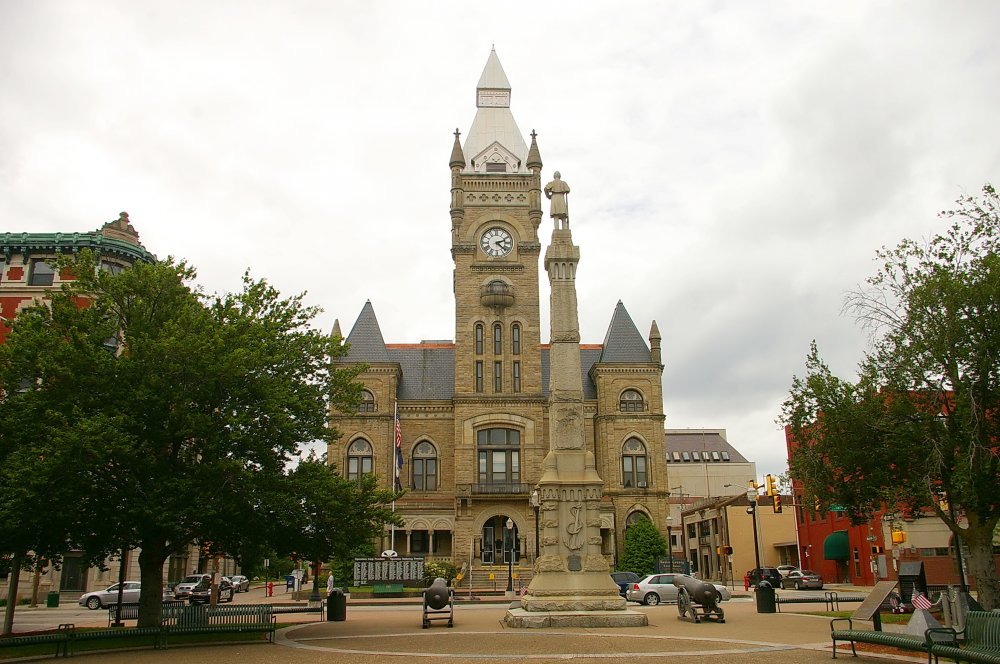 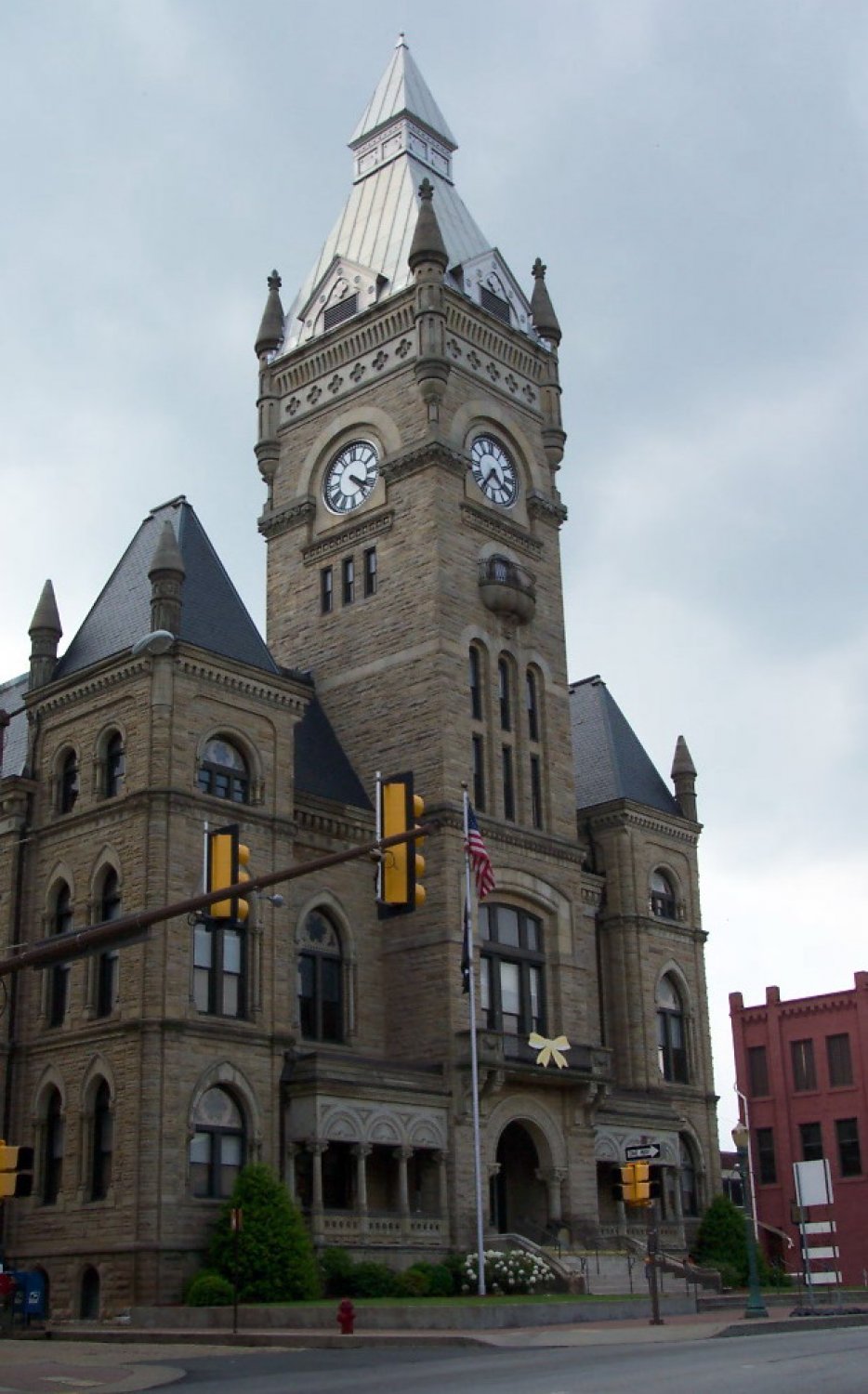 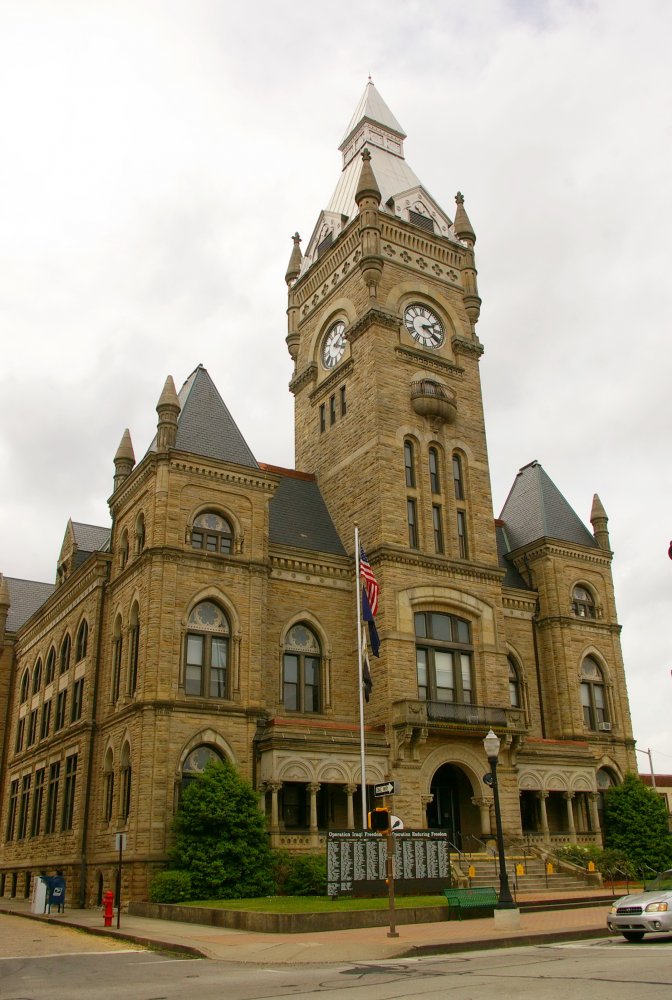 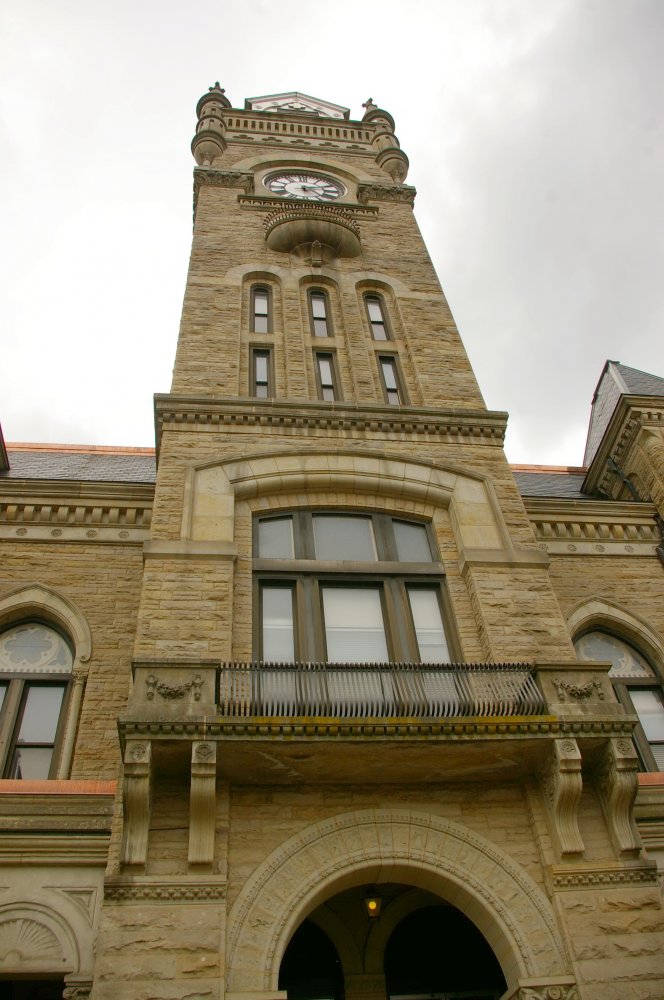 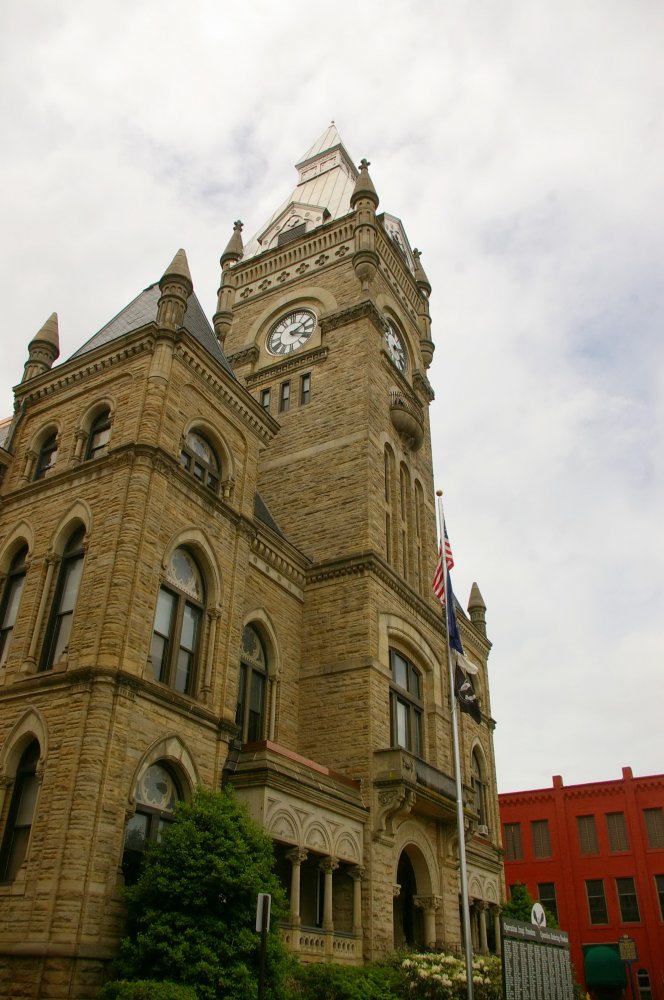 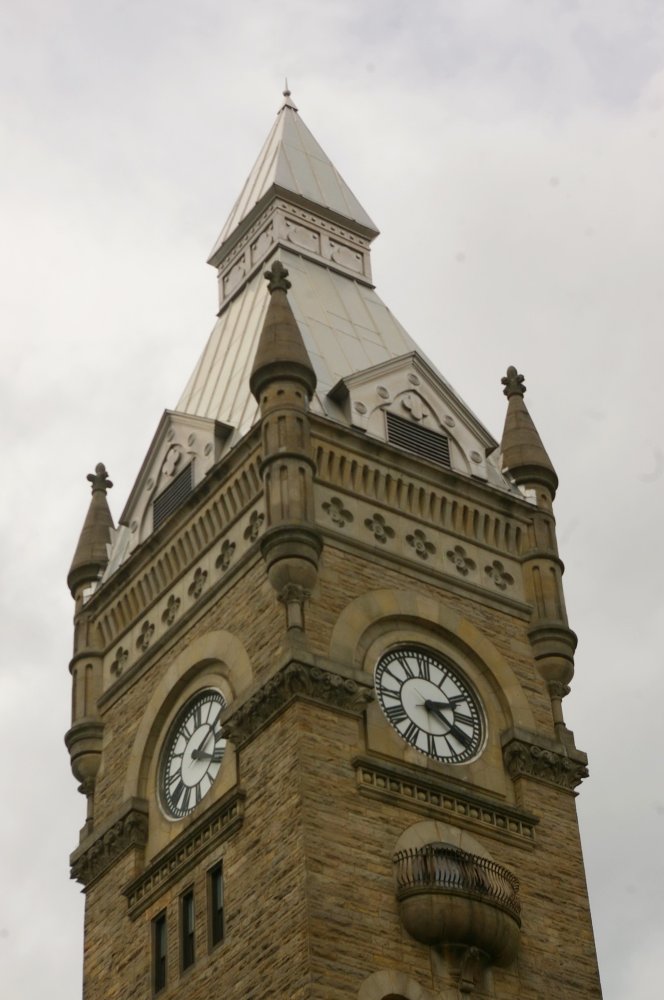 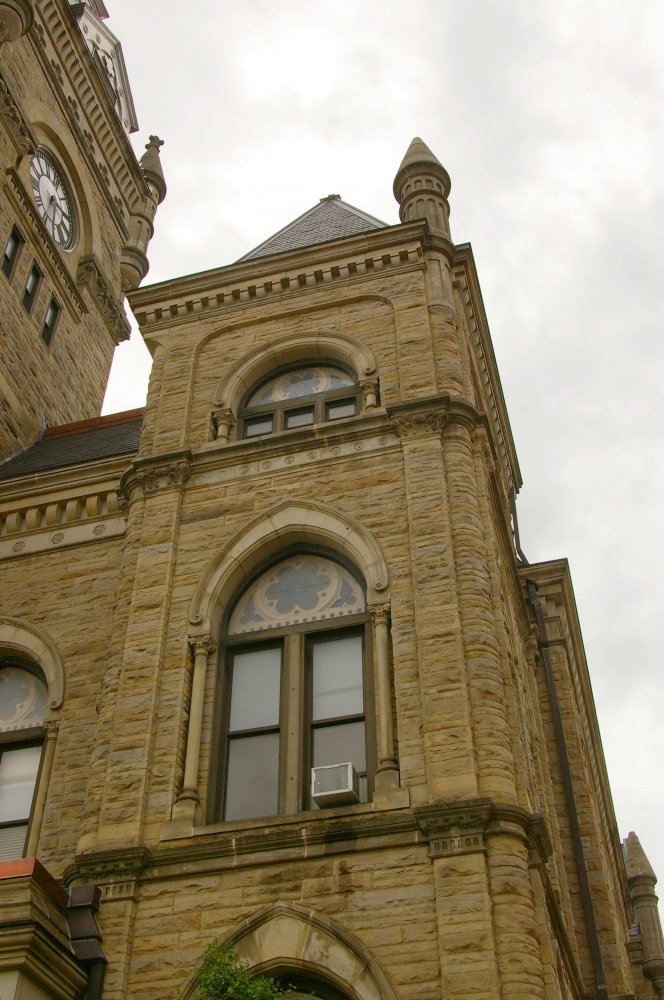