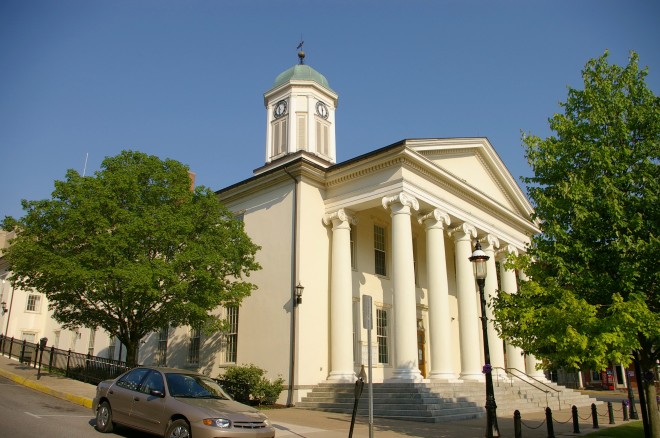 Centre County is named for Centre Furnace which was owned by Samuel Miles and John Patton.

Description:  The building faces west and is a two story white colored brick, stone and white stucco Greek Revival style structure. The building faces west and was completed in 1855. The west front has a large portico with eight columns rising to a wide pediment. The rear of the building is set into the hillside. On the roof is a high octagonal cupola with green dome. In 1909, an extension was added on the east side of the building and completed in 1911. The architect was Newman and Harris of Philadelphia.. An addition was added on the east side in 1963 to 1964.

Note:  The first courthouse was built in 1805 to 1806. The architect and contractor were local tradesmen. In 1811, two brick wings were added on the east side of the building. In 1835, the west portico was added. The architect was Dr. William Harris of Bellefonte In 1854 the building was reconstructed and enlarged extending 90 feet behind the porch, at a cost of $9,528. 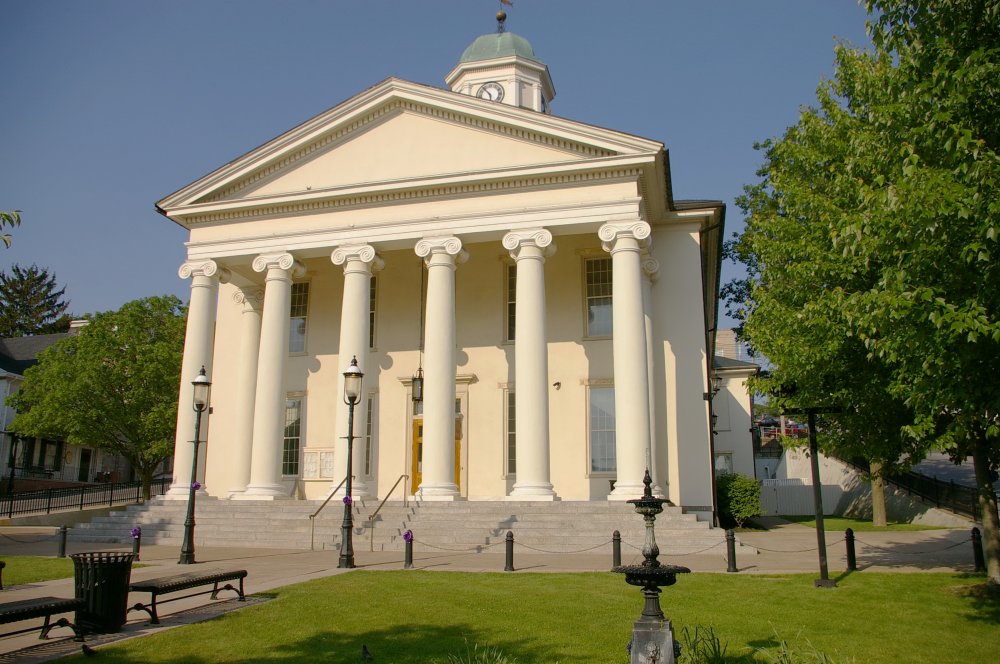 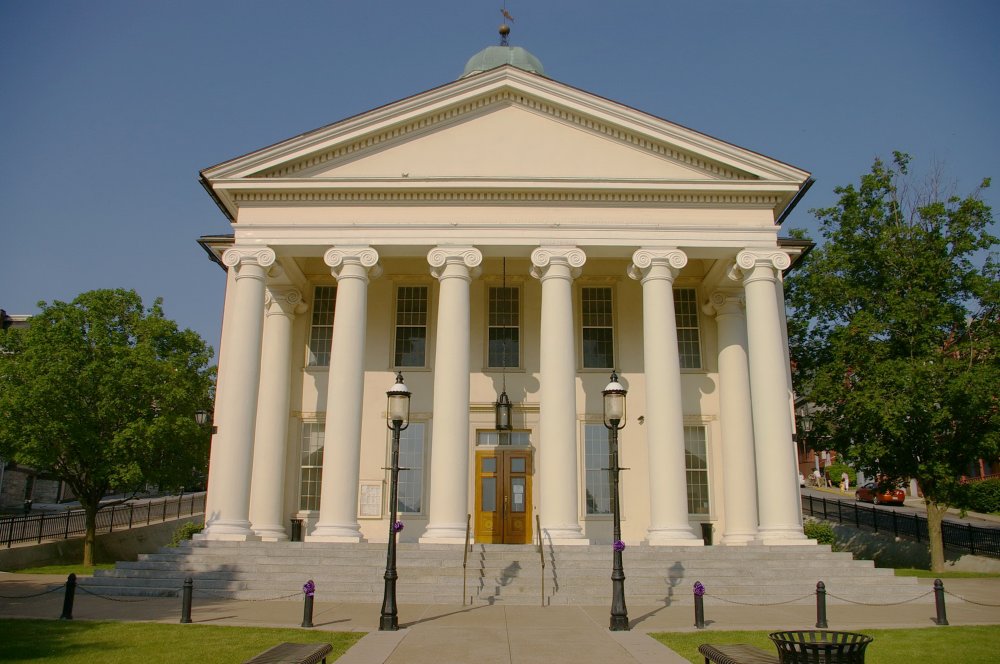 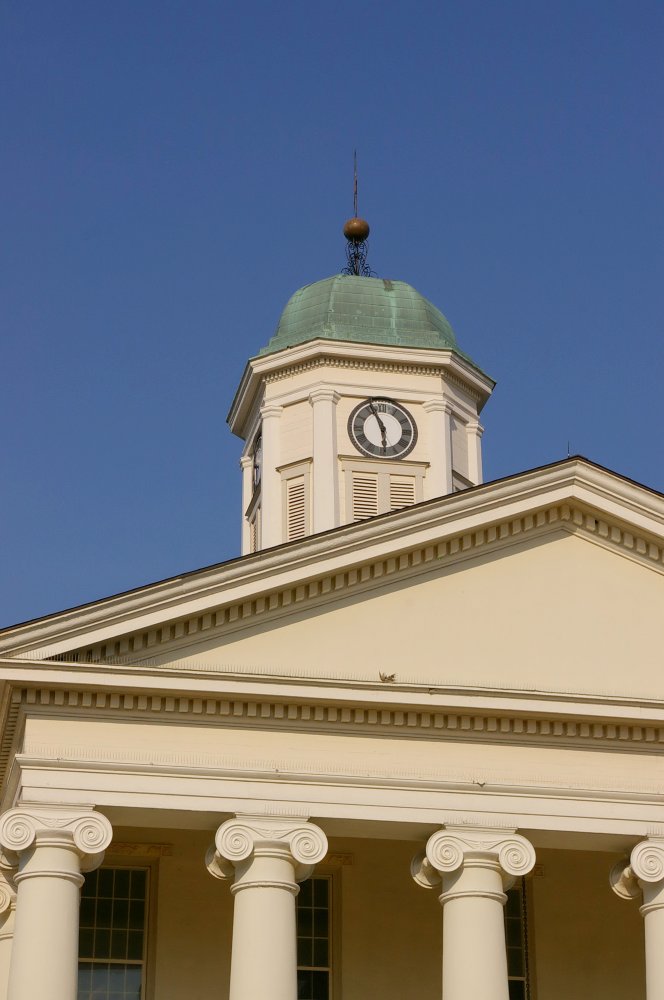 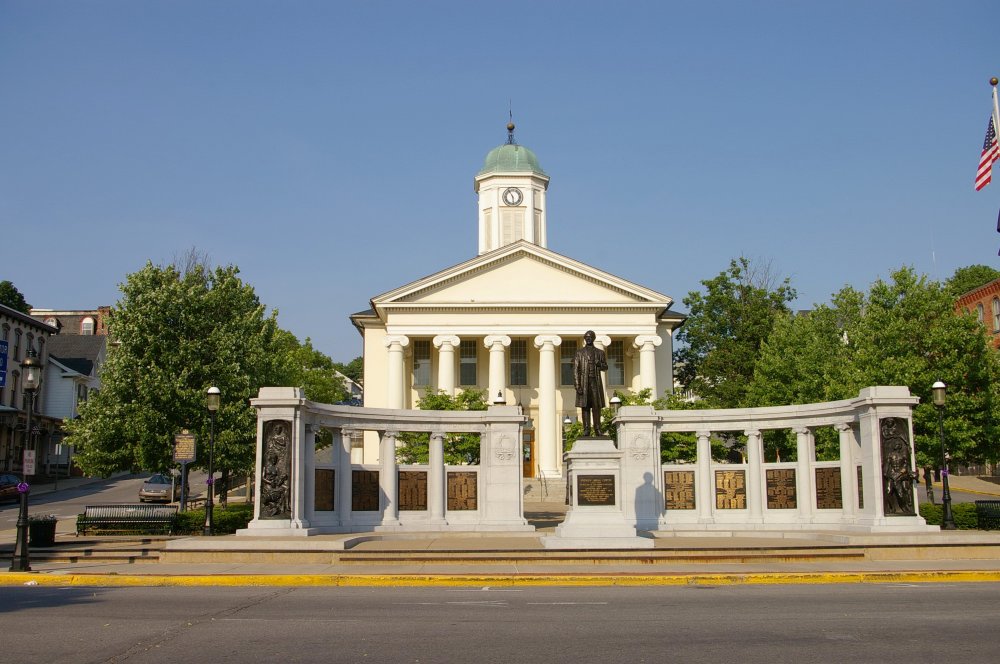 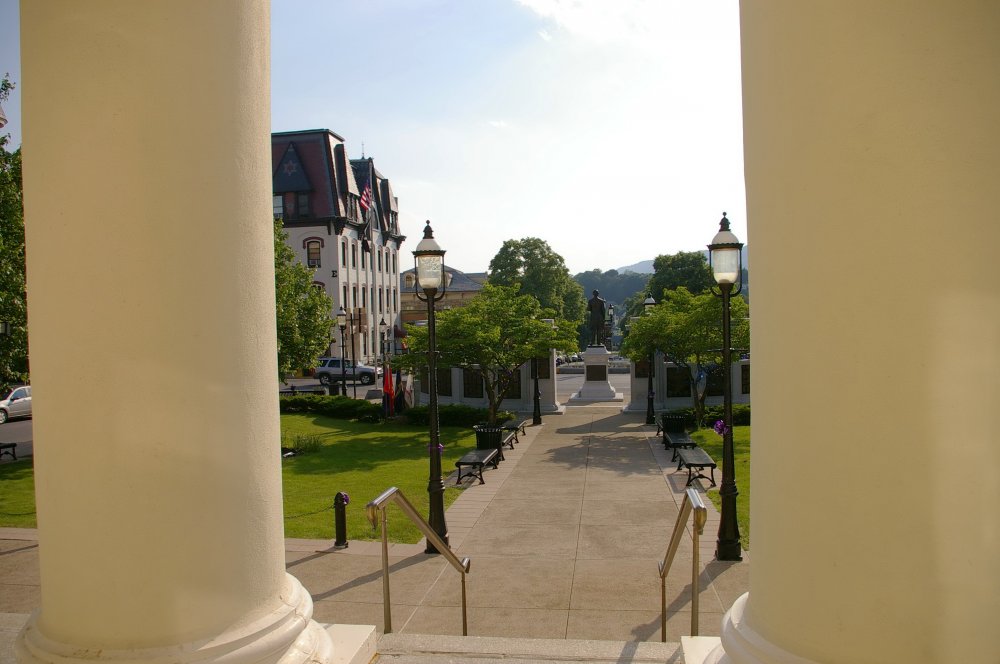 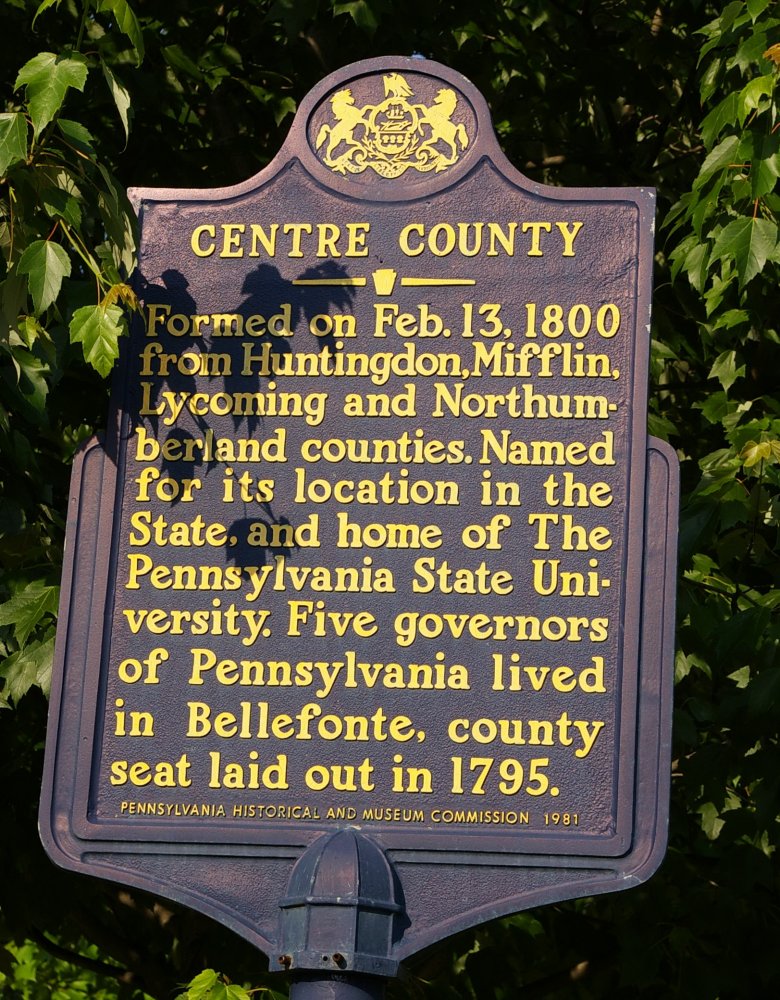