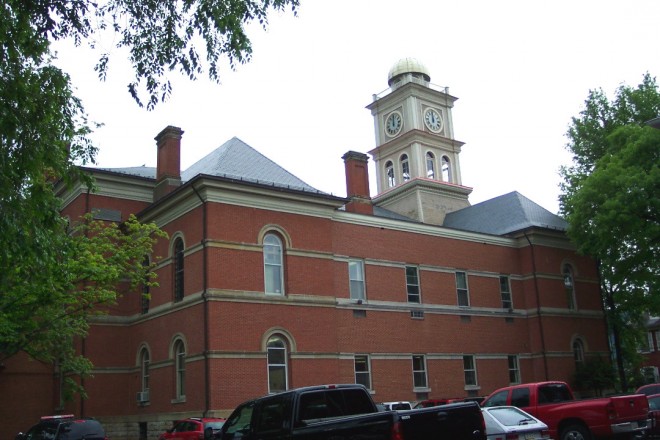 Description:  The building faces south and is a two story red colored brick structure. The building has two arches at the entrance and arched windows and horizontal trim. Over the entrance rises the clock tower in three stages with the clock at the top and rounded dome. The original tower was replaced in 1930. A brick chimney is located on either side of the clock tower. The modern annex is nearby.

Note:  The cost of construction of the present courthouse was $71,300. 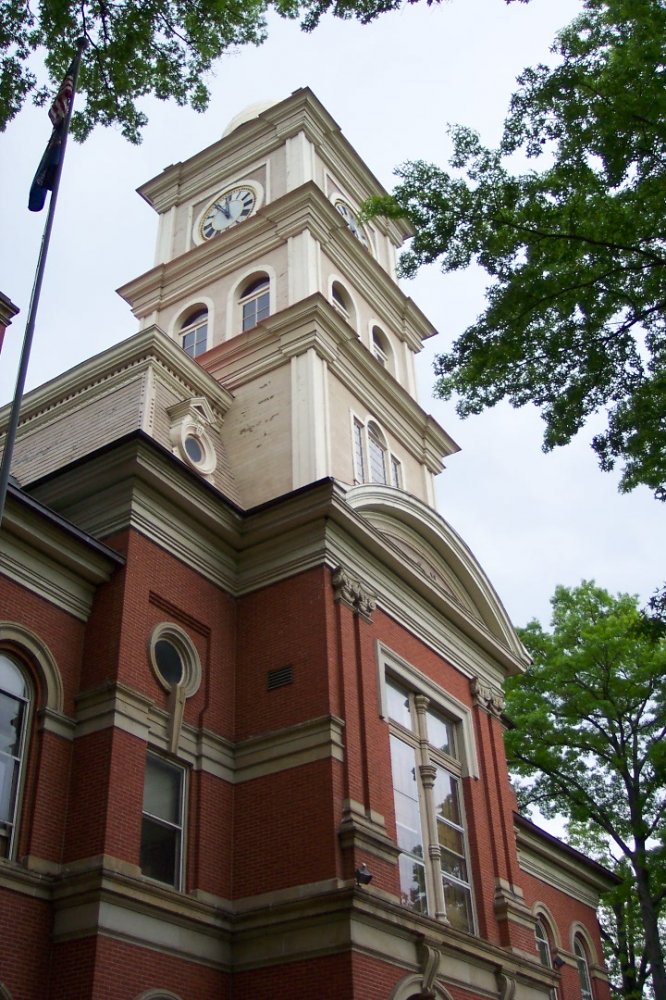 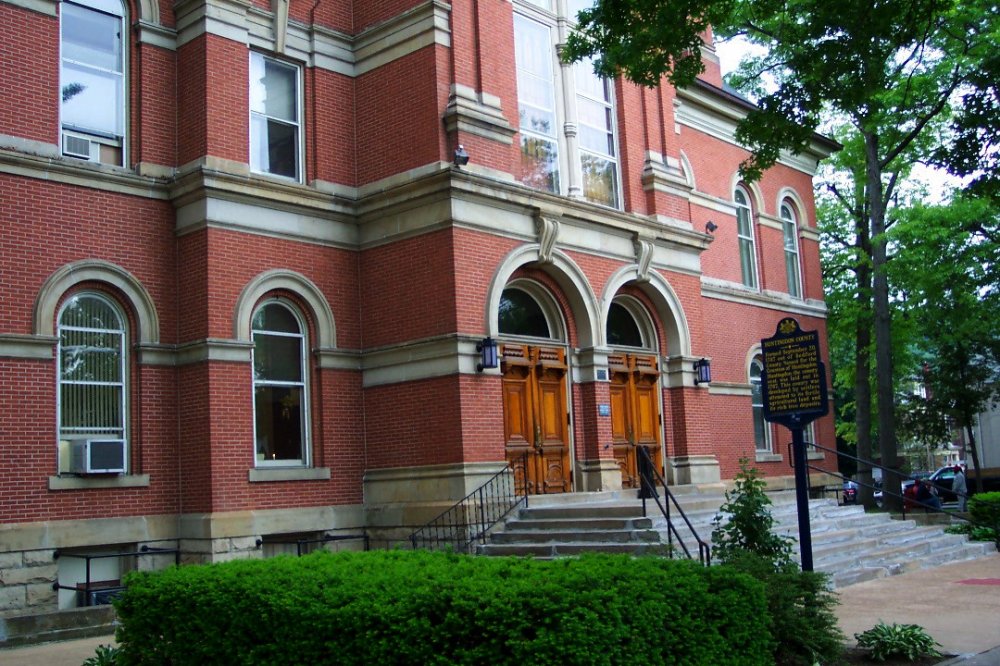 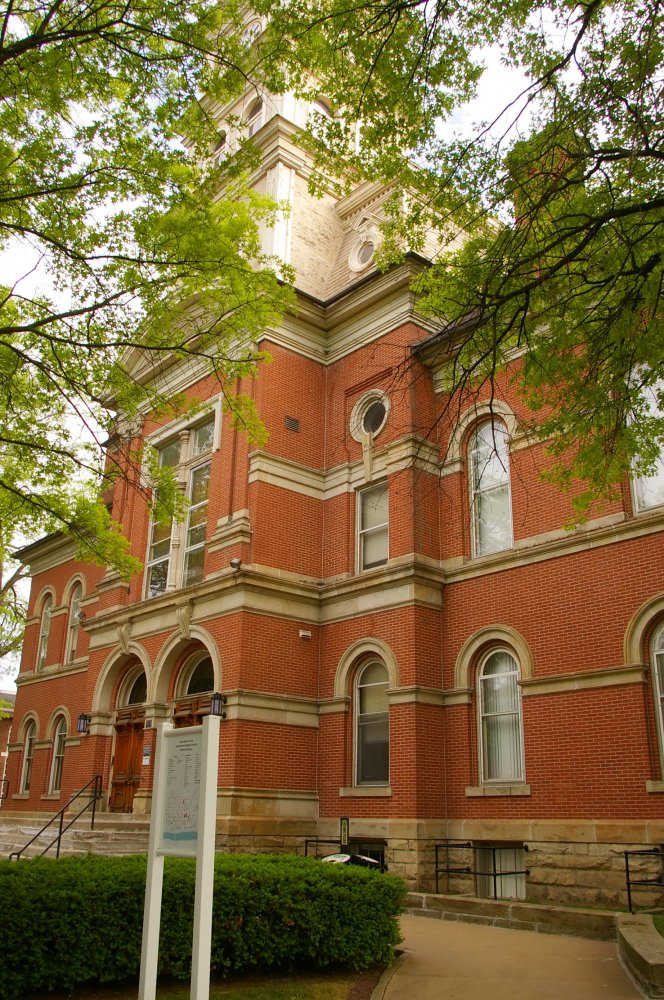 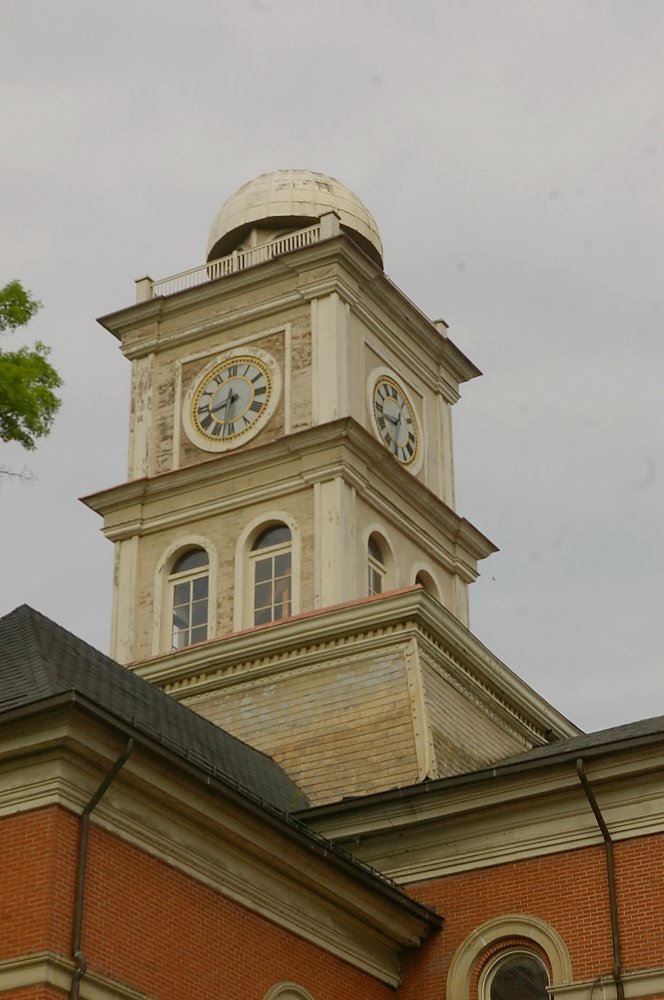 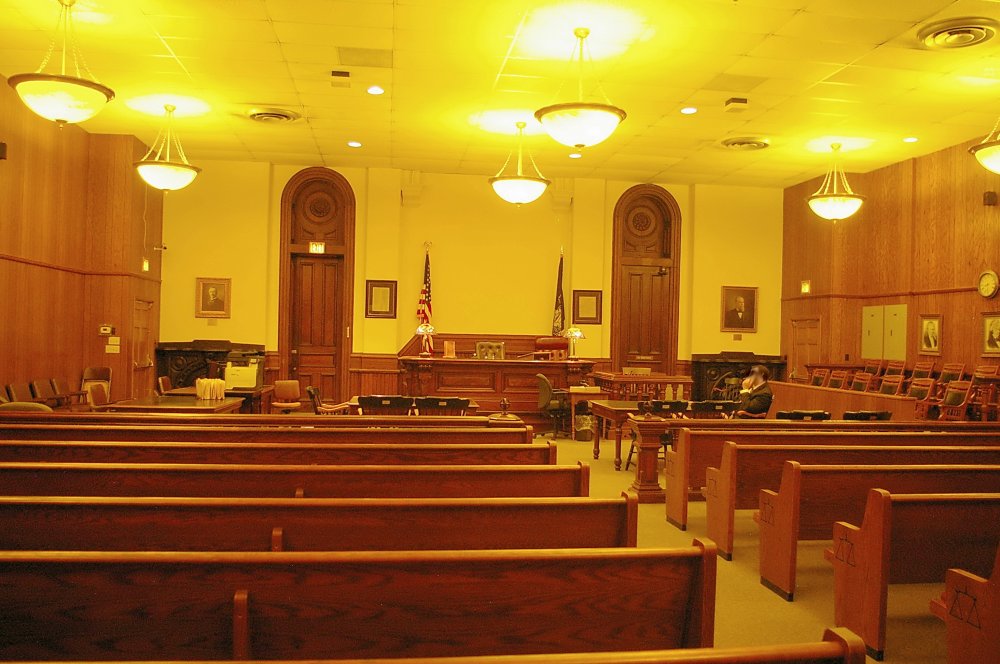 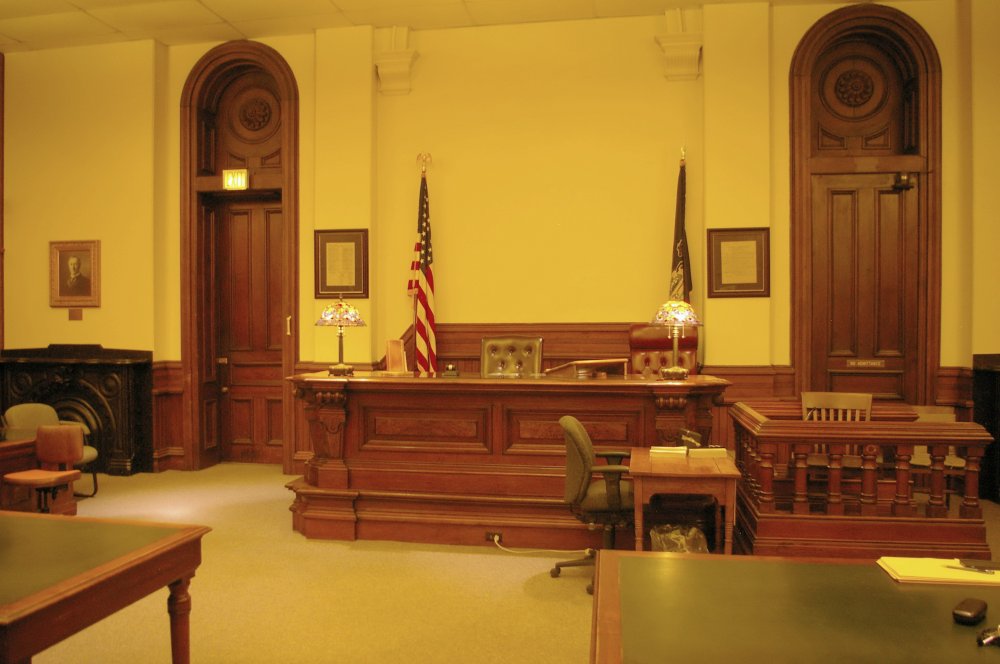 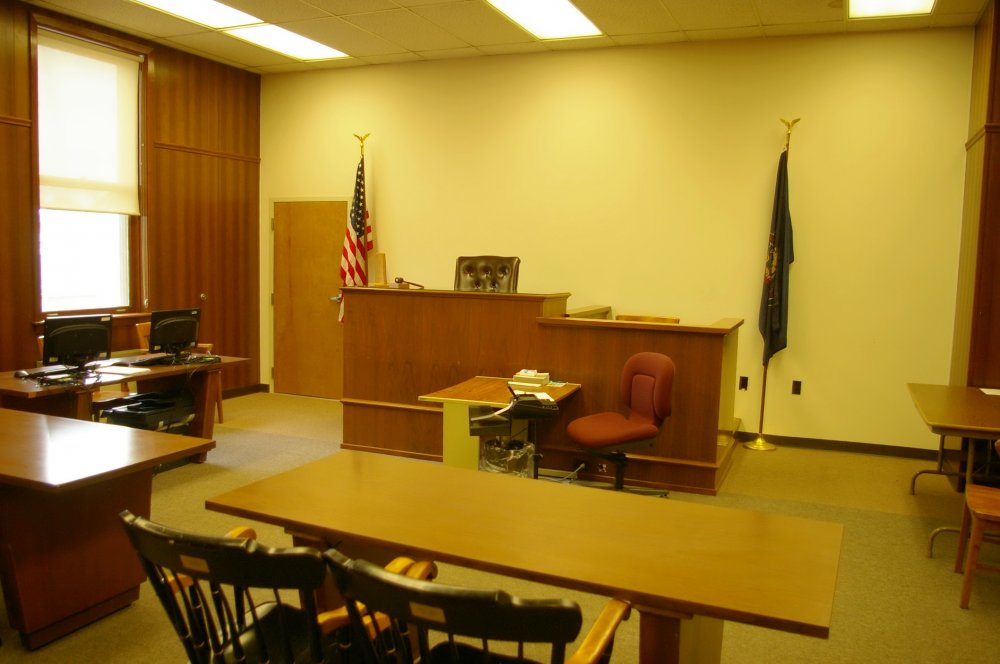 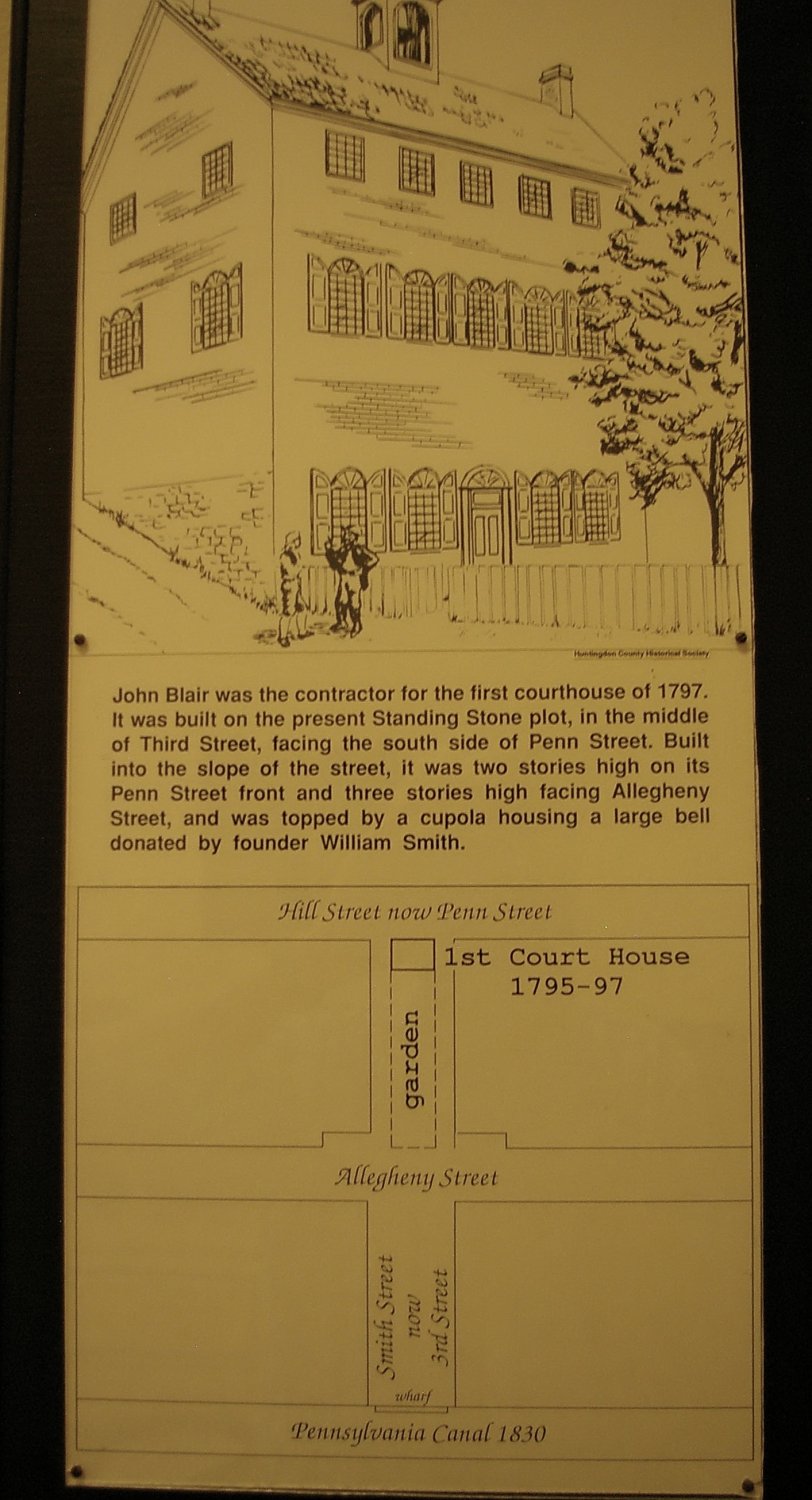