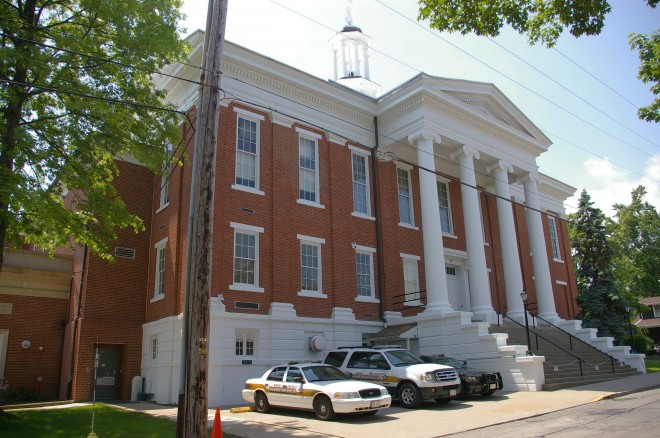 Union County is named for the Federal Union of the United States of America.

Description:  The building faces east and is a two story red colored brick structure. The east front has a large portico with four white colored columns rising to a pediment at the roof line. Wide eaves run along the roof line. On the center of the roof is a white colored octagonal cupola with bell. The newer section built in 1971 to 1973 was constructed by Steve Black and A G Crunkleton.

Note:  The first courthouse was built in Berlin in 1815.

Description:  The building faces west and is a two story red colored brick structure. The building is three bays wide and four bays deep with a gable roof. The roof features a center cupola. The building was renovated in 1855 to 1857 and was converted to a schoolhouse until 1952. The building now houses the New Berlin Heritage Museum, also known as the New Berlin Post Office and the Courthouse Museum. 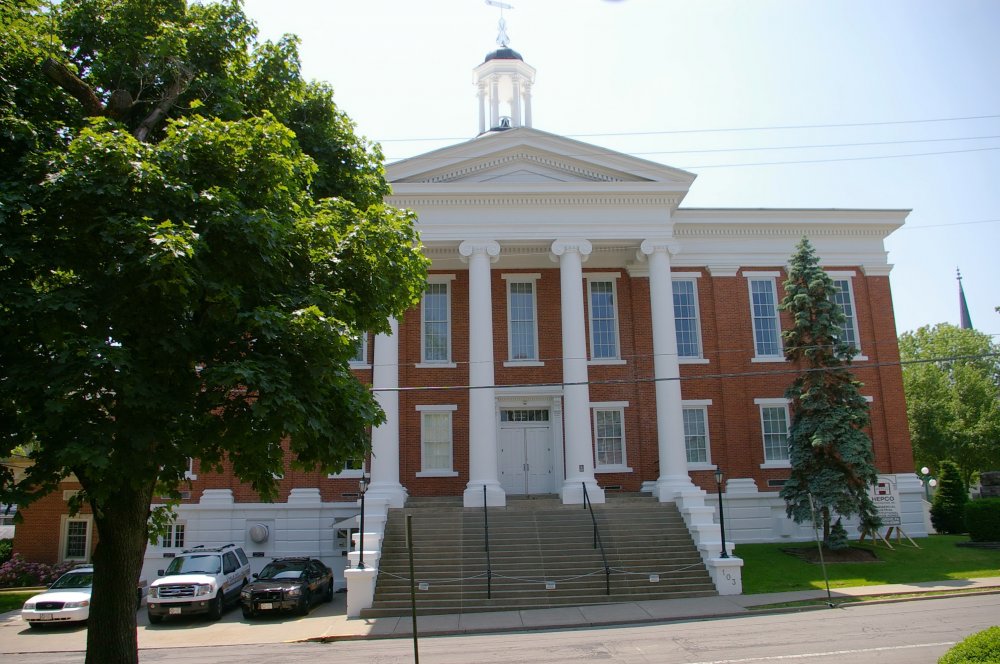 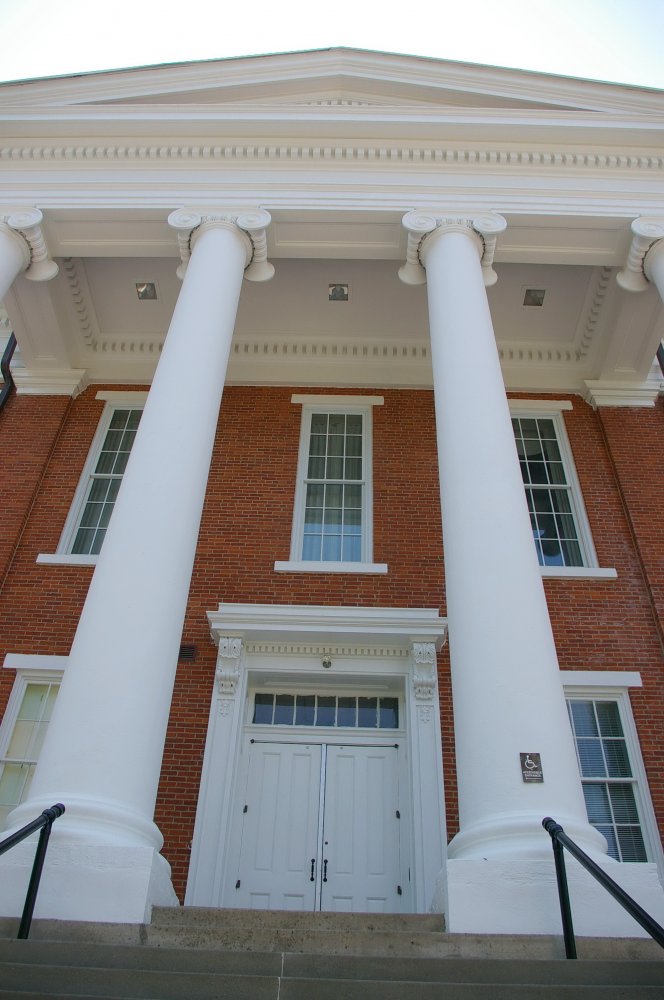 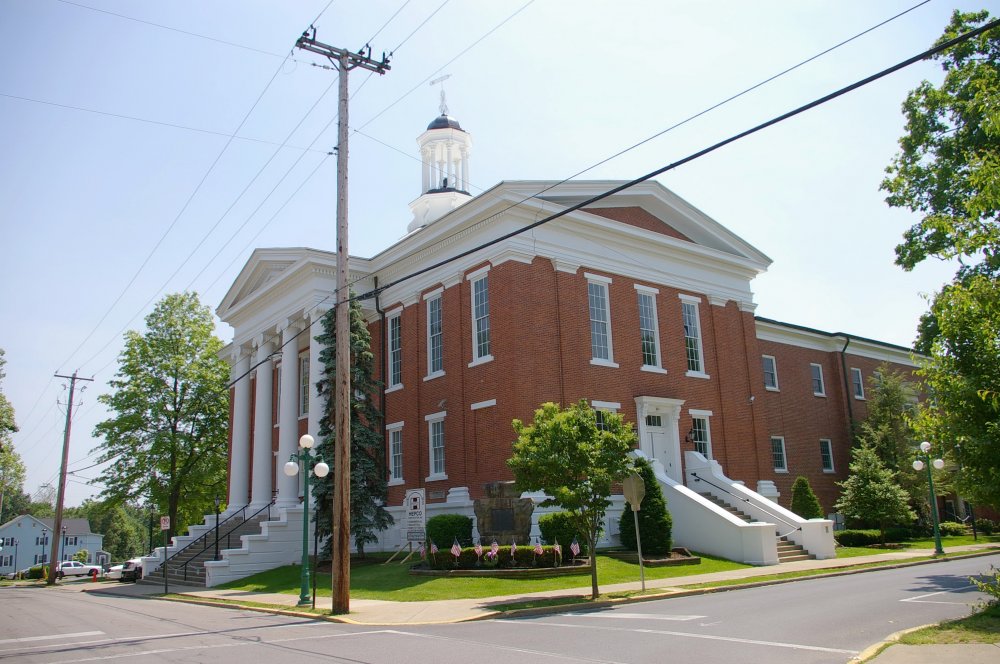 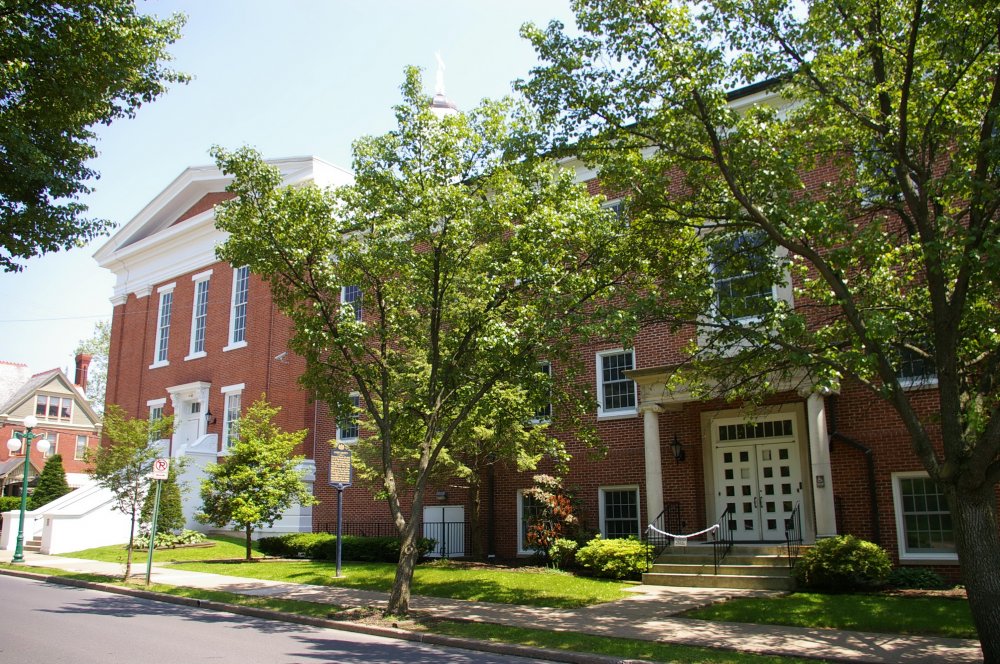 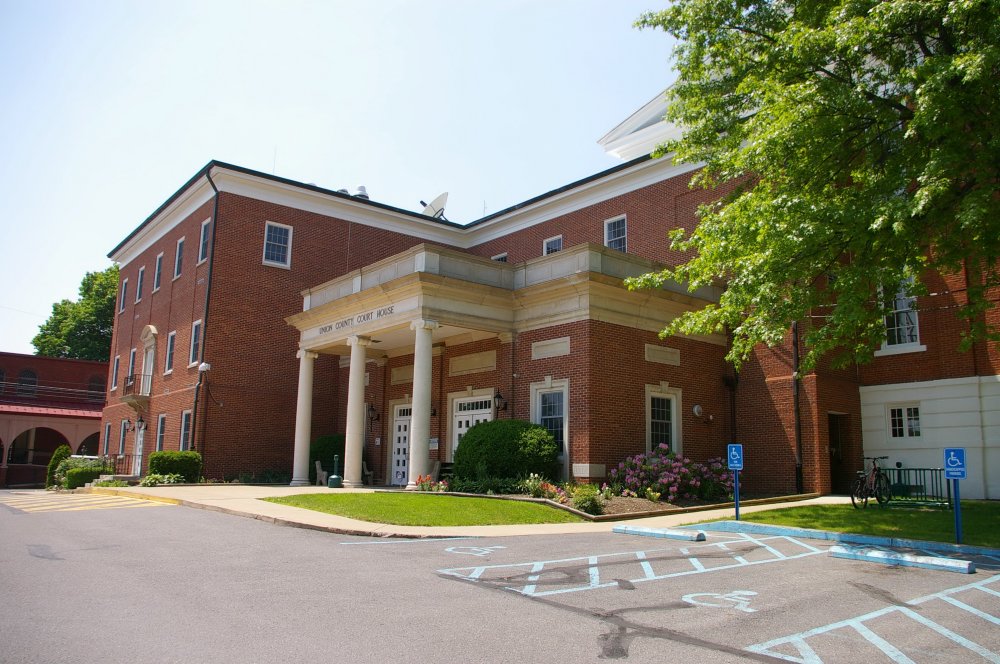 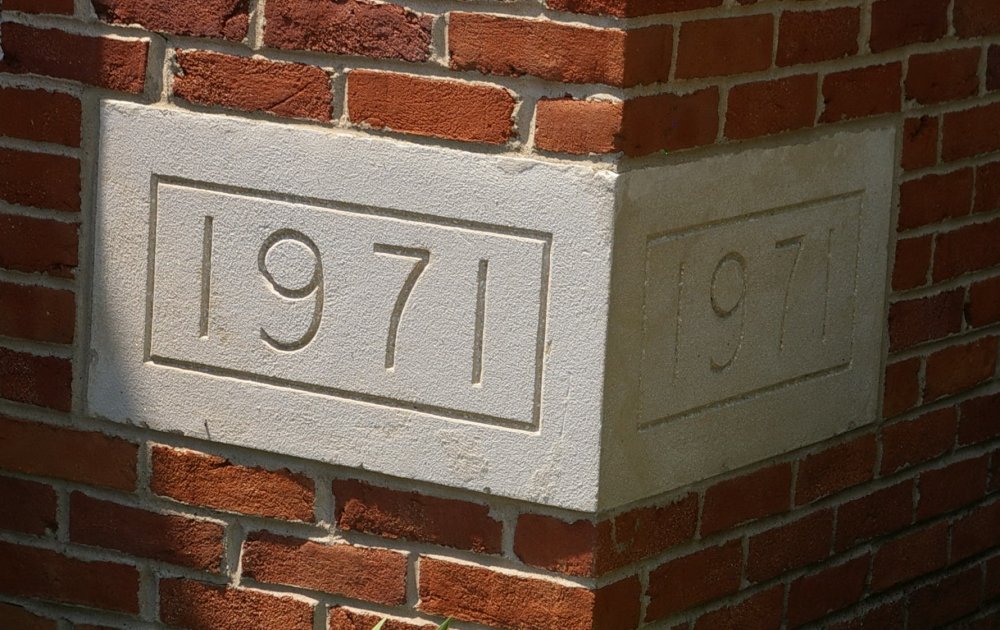 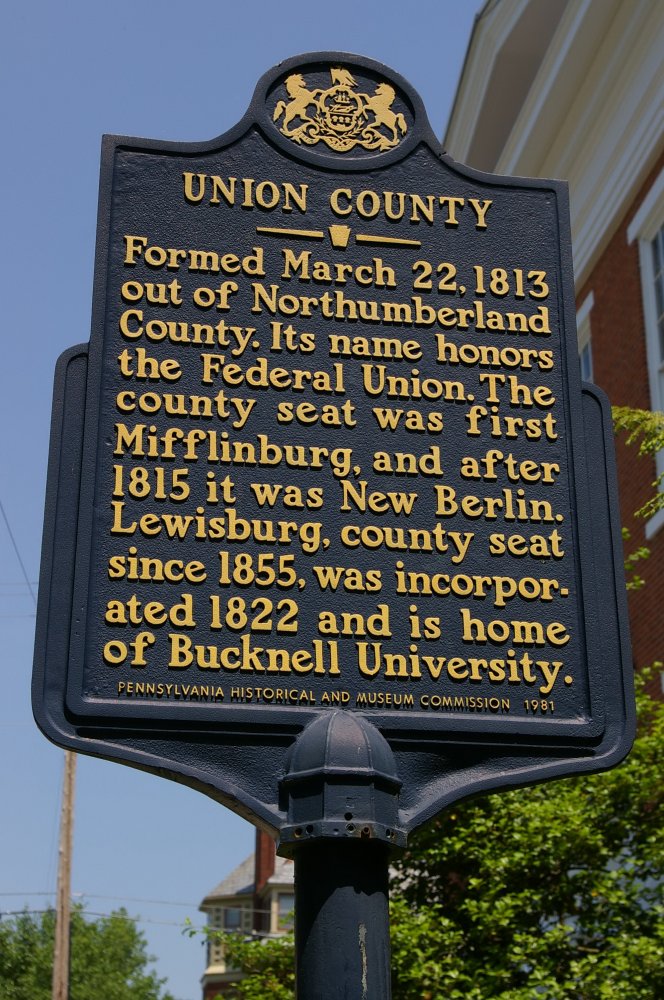