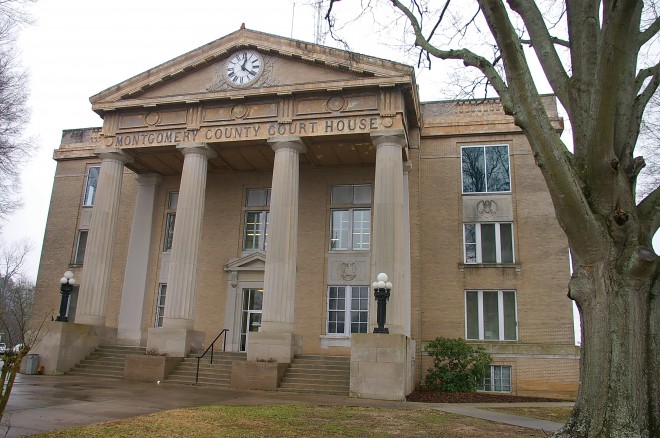 Montgomery County is named for Richard Montgomery, who was a major general during the American Revolutionary War and who was killed at the Battle of Quebec.

Description:  The building faces north and is a three story buff colored brick and concrete structure. The building is located on landscaped grounds in the center of Troy .The north front has a large portico with four large columns rising to a pediment with clock at the roof line. The recessed entrance is framed with small pediment above. The roof line is flat. The interior has a cross hall plan with stairs at the east and west side. The courtroom is located on the second story. A geometric grille motif filled with the wooden partition and appeared in relief on the judge’s bench. The plastered walls still retain their crossetted window surrounds, pilasters and roundel panels. The building houses the County Superior Court and County District Court of the 20th Judicial District. 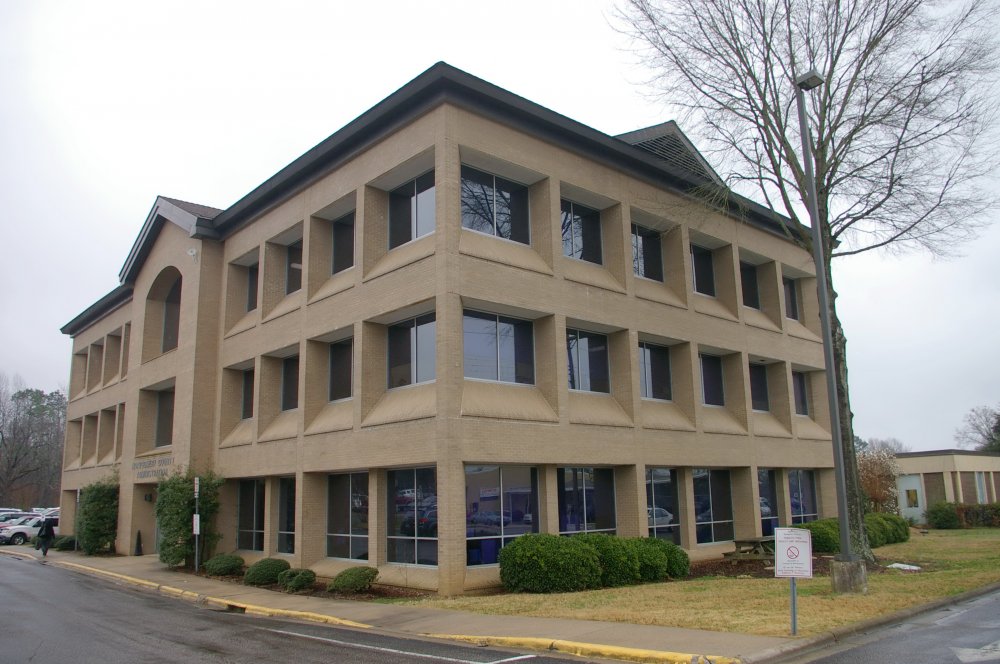 Description:  The building faces north and is a three story brown colored concrete structure. The building is located on landscaped grounds in the center of the Troy to the south of the courthouse.The north front has a projecting center section with recess entrance on the first story and recessed windows. The windows on the building are recessed.  The roof line is flat. 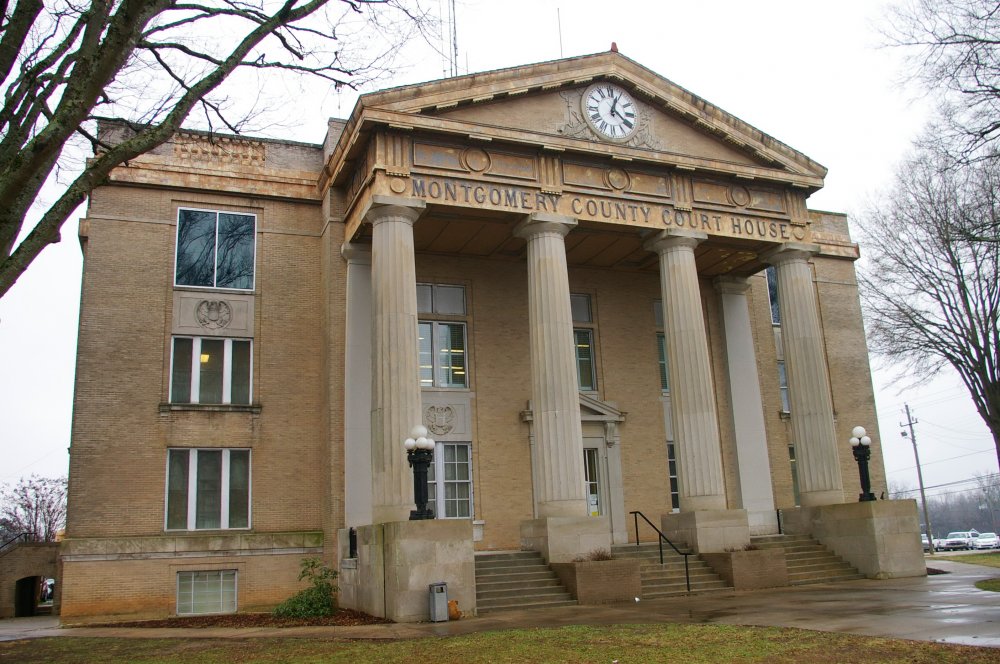 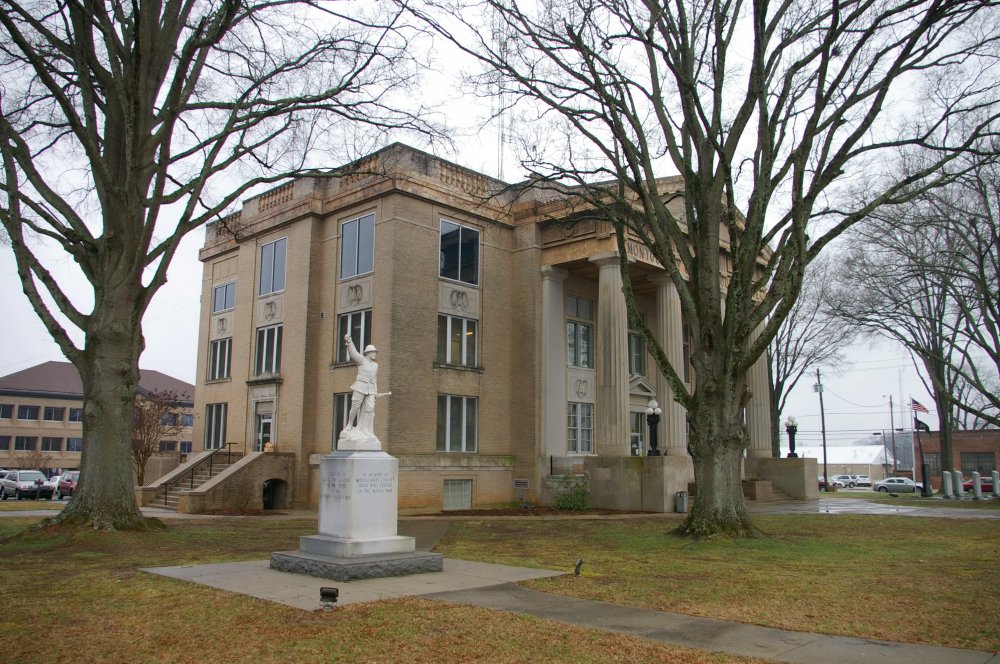 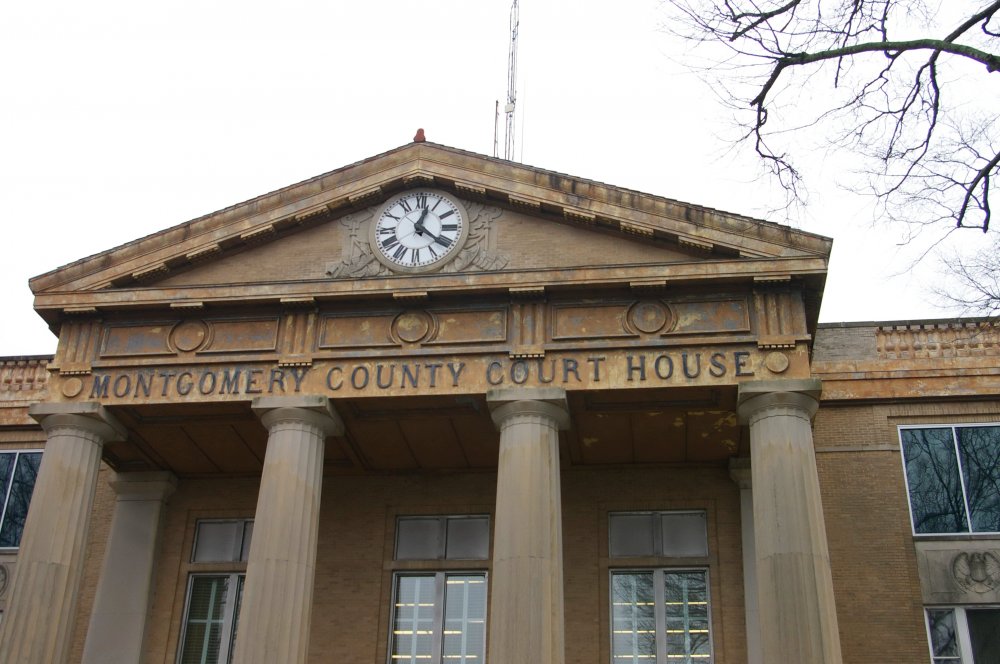 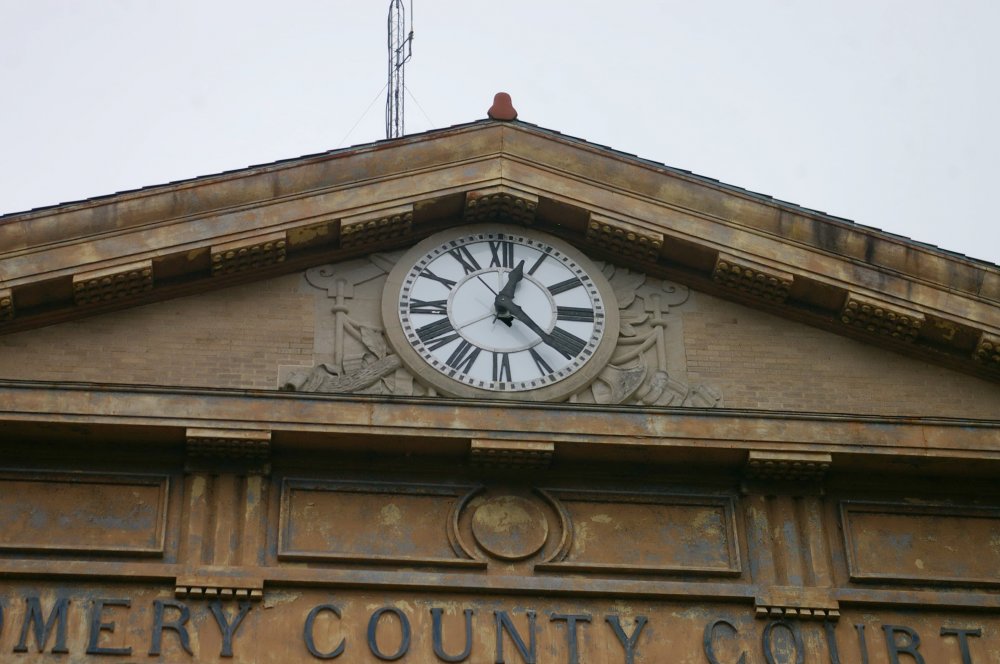 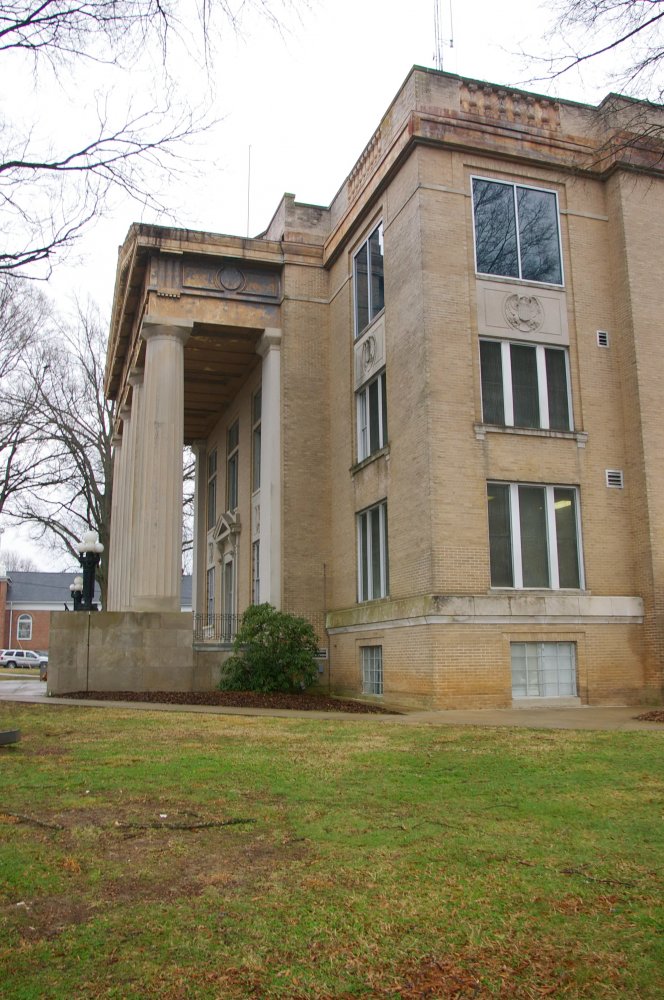 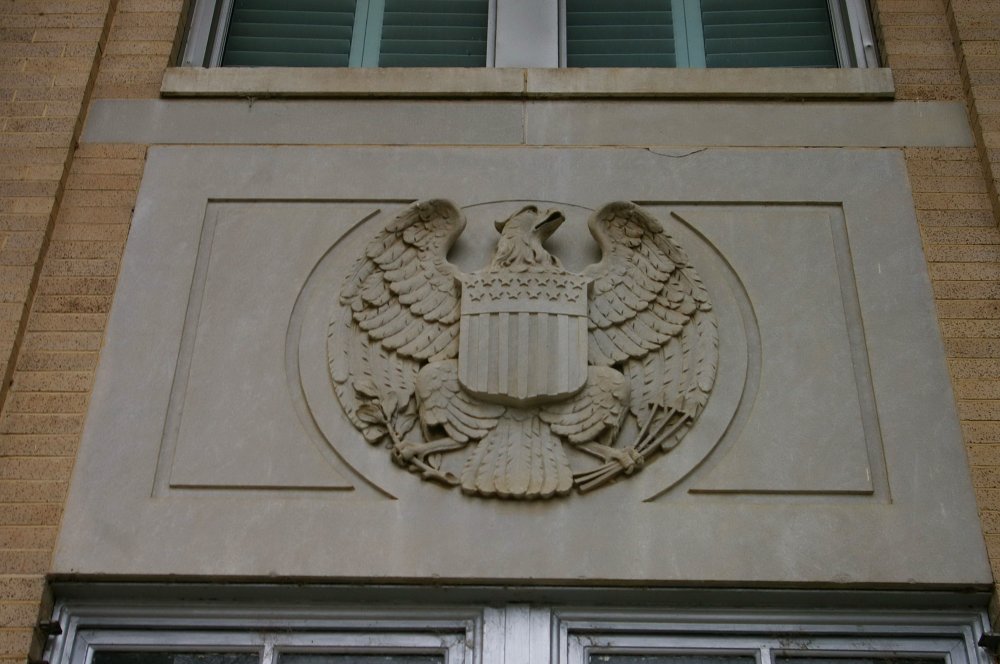 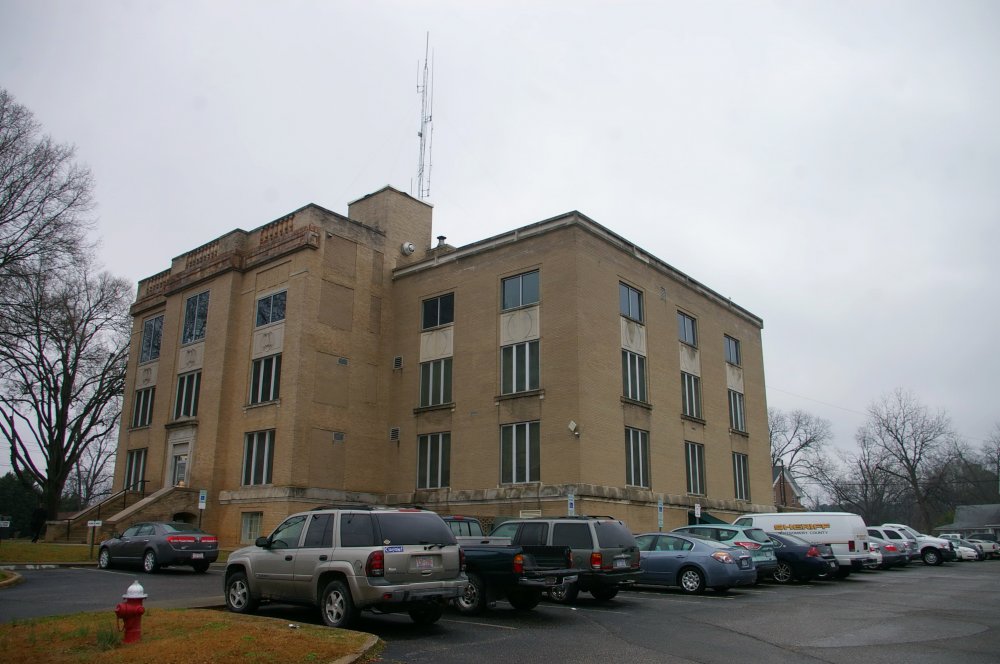 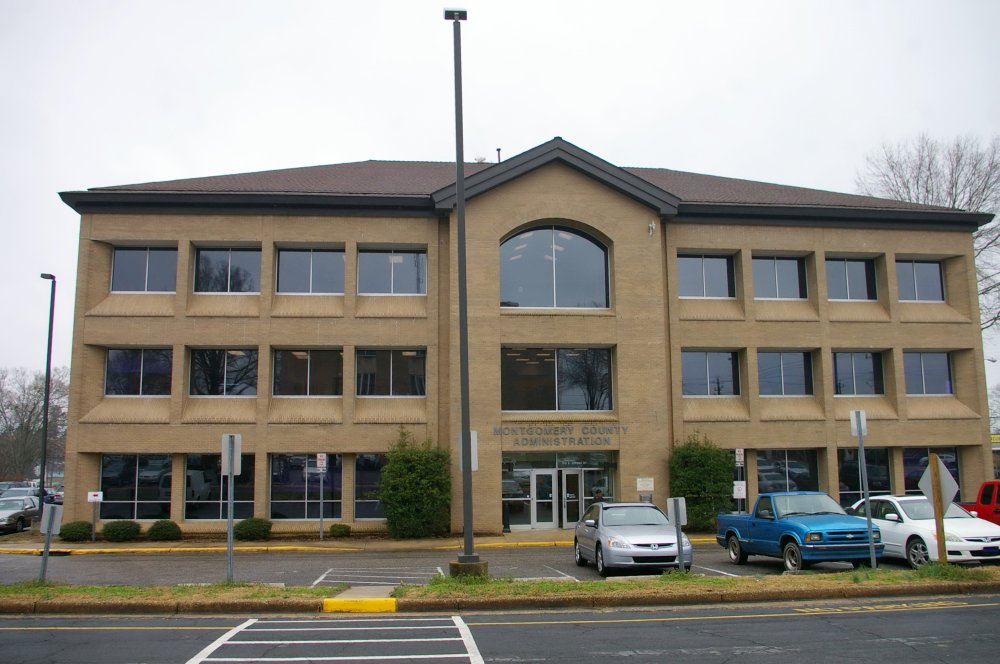 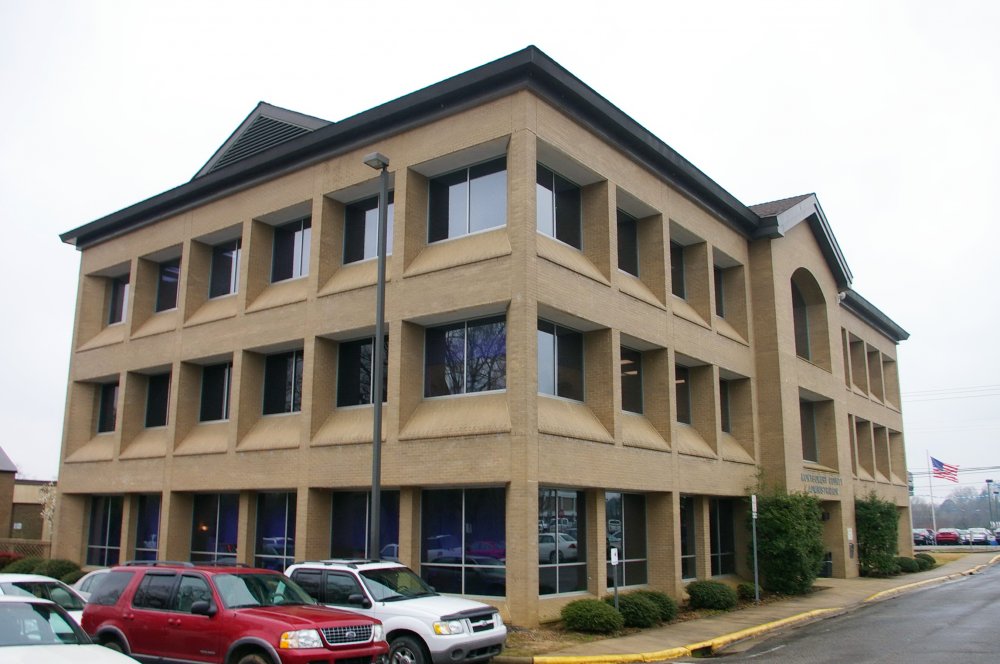 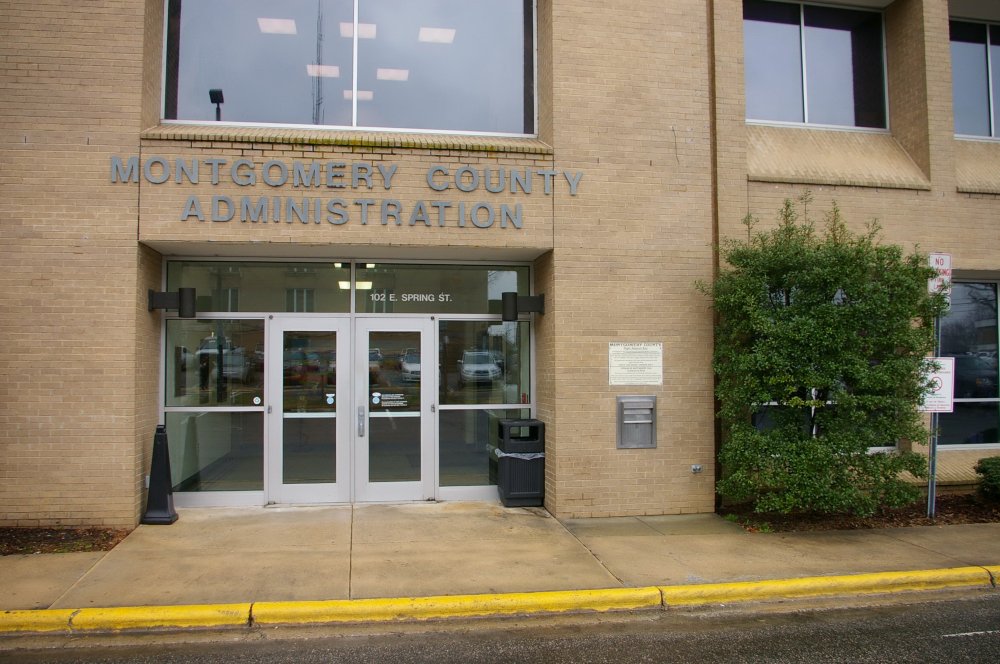