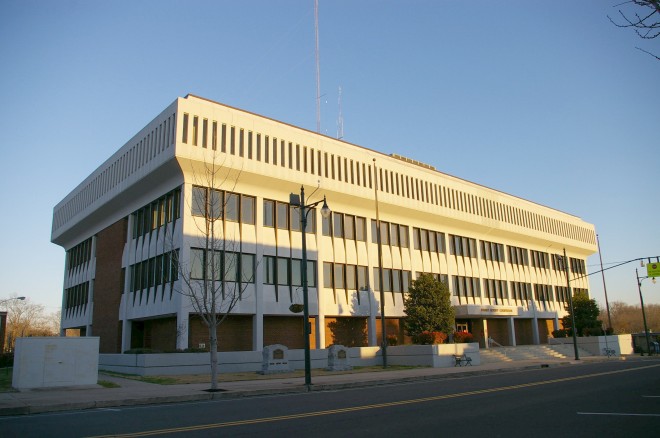 Stanly County is named for John Stanly, who was a United States Congressman, Speaker of the North Carolina House of Commons and who lived from 1774 to 1834.

Description:  The building faces west and is a four story white colored concrete and glass structure. The rectangular shaped building is located on landscaped grounds in the center of Albemarle. The building has a projecting fourth story with narrow vertical windows. The first story has red colored brick facing between the concrete pillars. The windows on the second and third stories are horizontal with spaced dividers. There is a one story portico over the central west entrance. The roof line is flat. In the interior, the lobby has a county seal on the floor. The building houses the County Superior Court and County District Court of the 20th Judicial District. 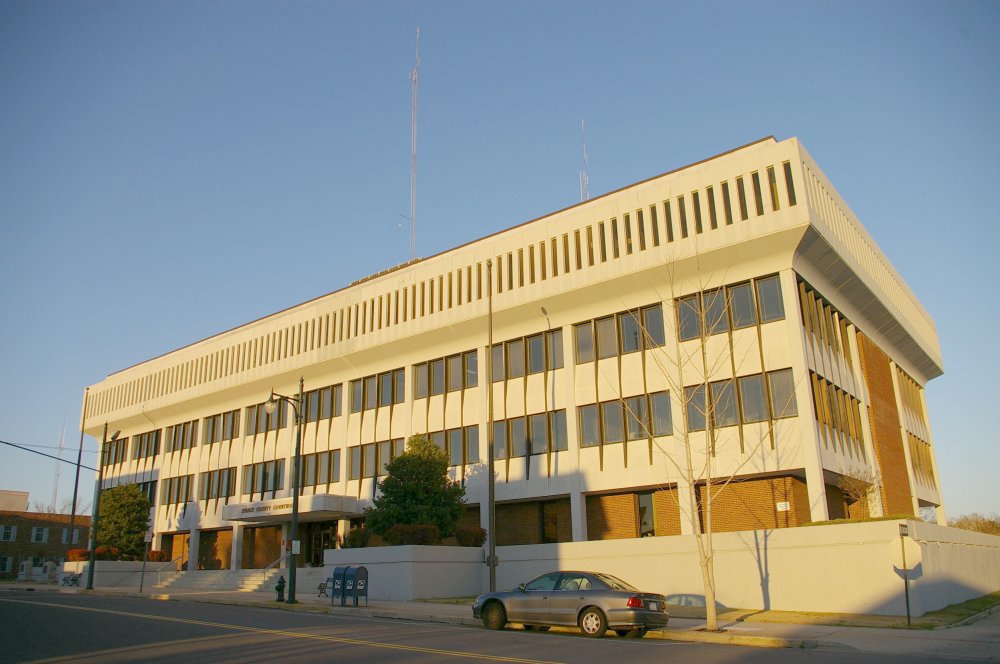 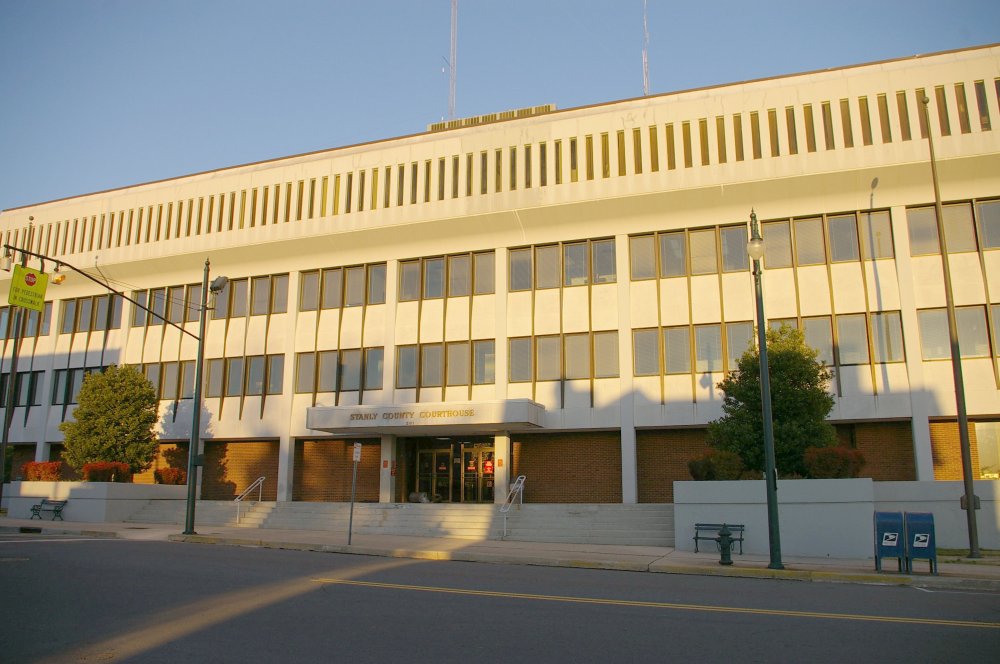 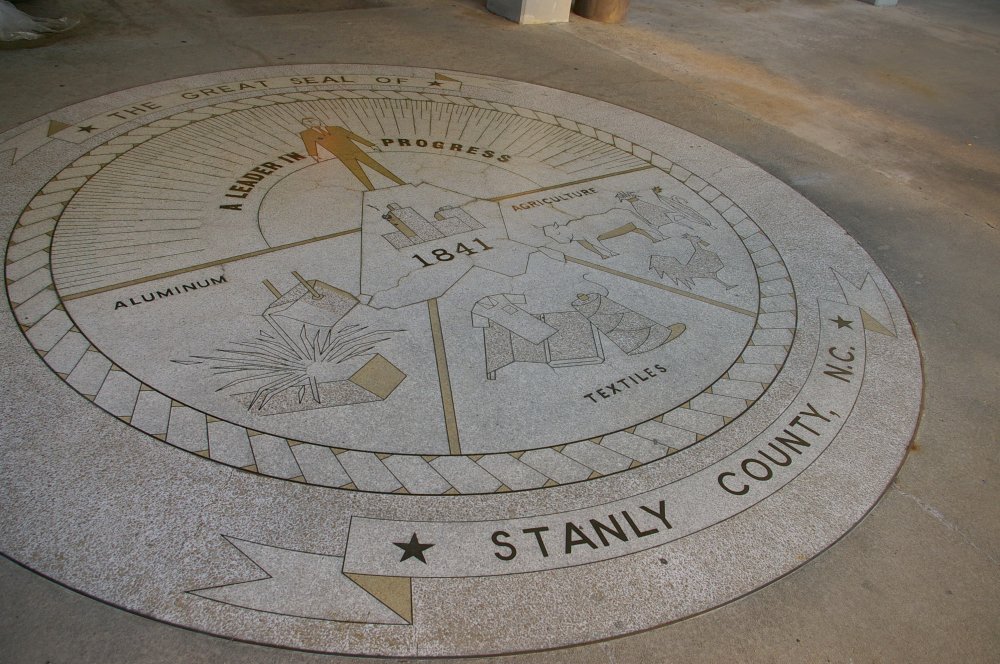 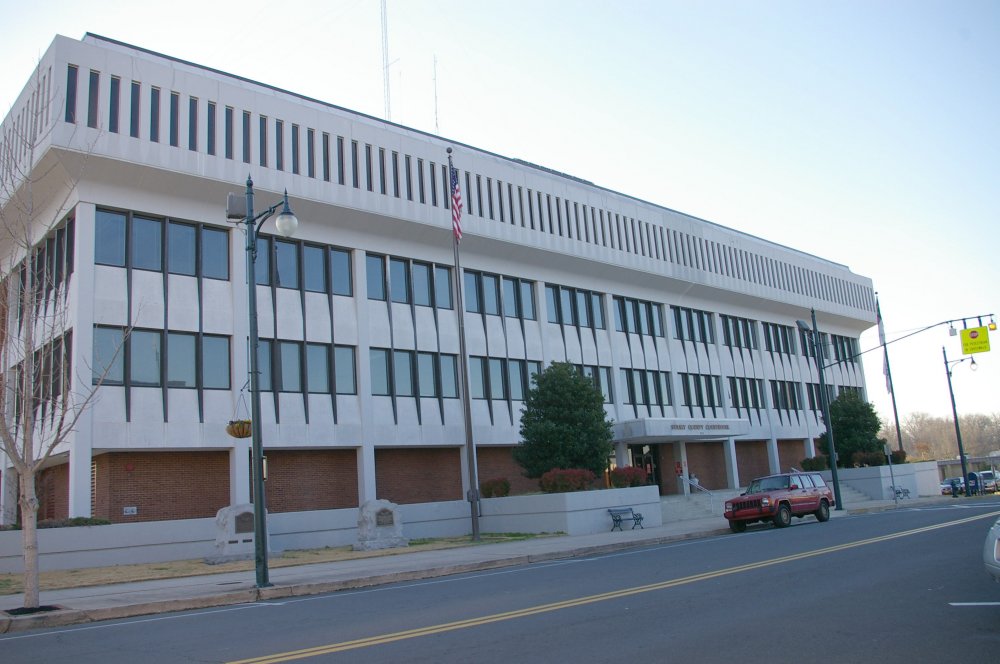 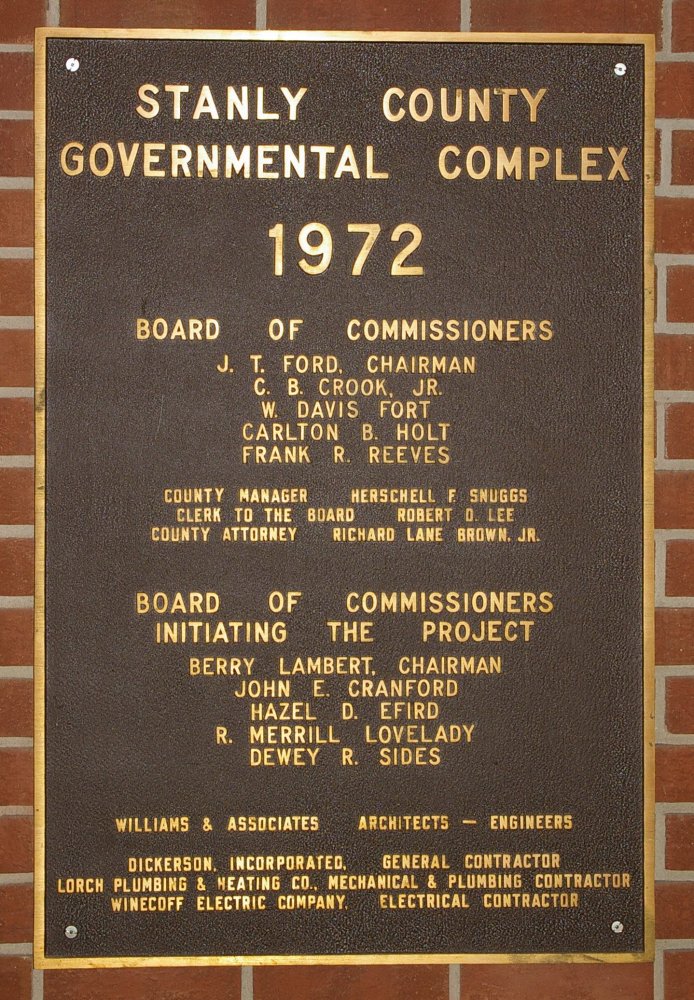