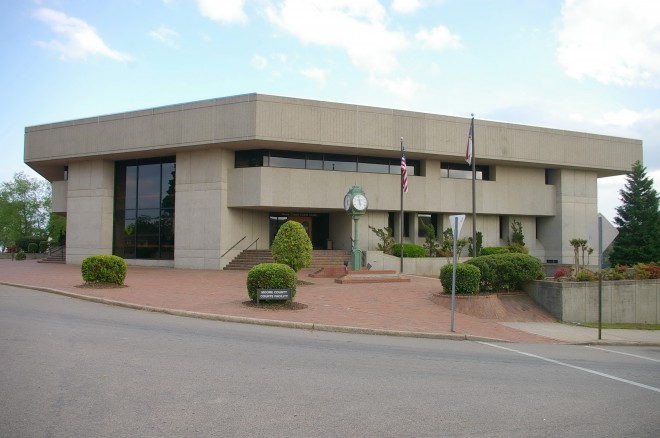 Moore County is named for Alfred Moore, who was a captain in the American Revolutionary War and a justice of the Supreme Court of the United States.

Description:  The building faces west and is a two story concrete and glass structure. The building is in located on the southeast side of the Public Square in the center of Cathage. The west front has a large glass wall with recessed entrances on either side. The second story has narrow horizontal windows. The flat roof overhangs the building. The building houses the County Superior Court and County District Court of the 19th Judicial District. 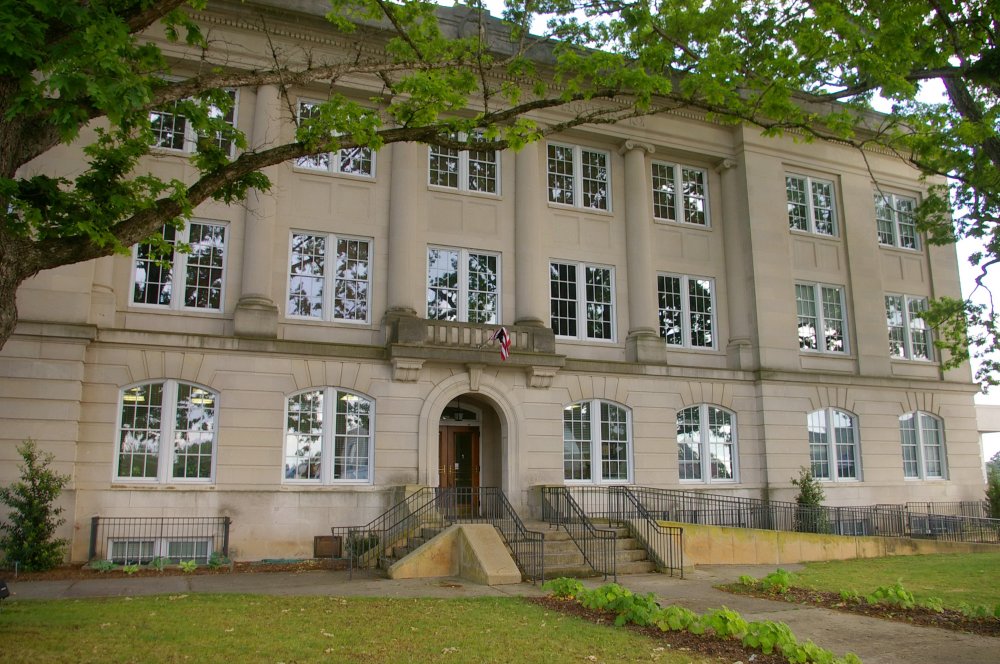 Description:  The building faces northwest and is a three story Indiana limestone and concrete structure. The building is located on the landscaped grounds of the Public Square in the center of Carthage. The northwest front has a central arched entrance on the first story with small balustrade above. The first story windows are arched. A projecting horizontal cornice runs between the first and second stories. The roof line is flat. The interior has cross halls with marble wainscot. In the center is an octagonal area. The stairs are located at the east and west ends. The former courtroom is located on the second story and sheathed wainscot skirts the chamber and paneled pilasters separate the paired windows. A monumental round arch filled with cartouche and cornucopias occupies the wall behind the judge’s bench. 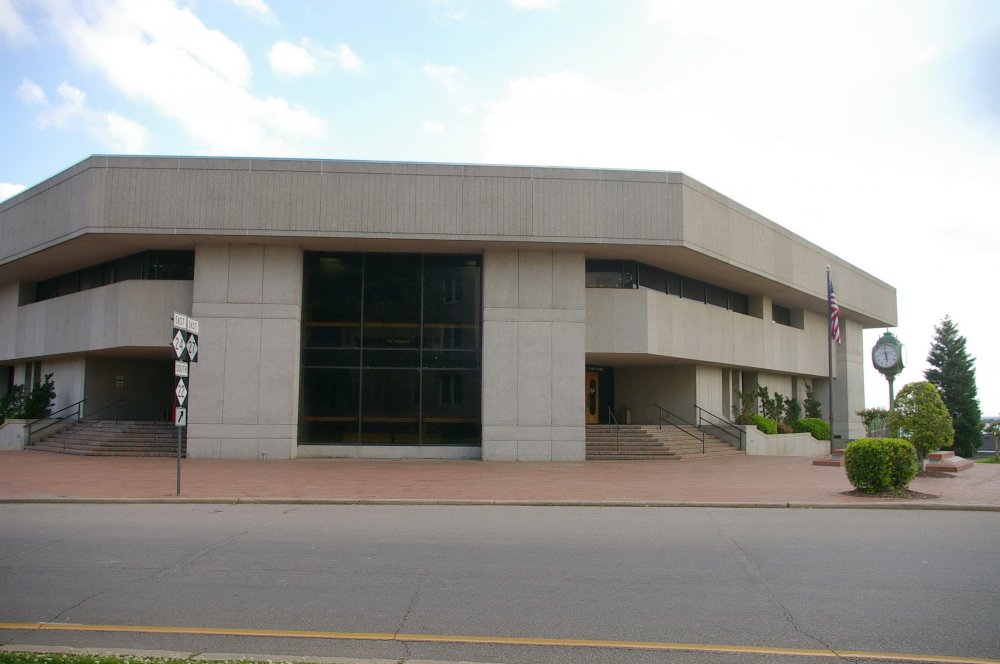 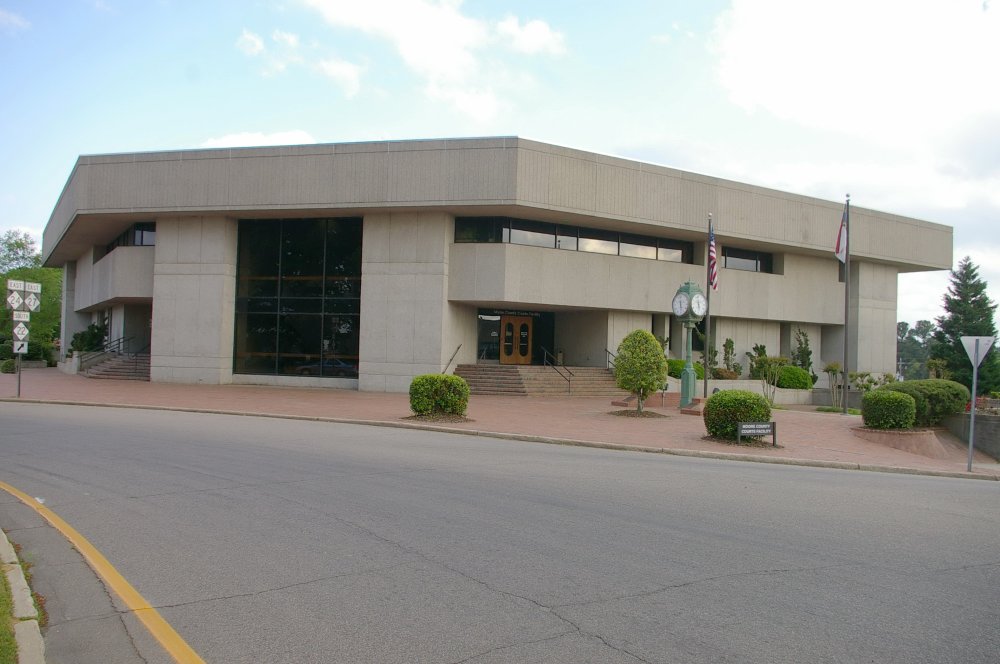 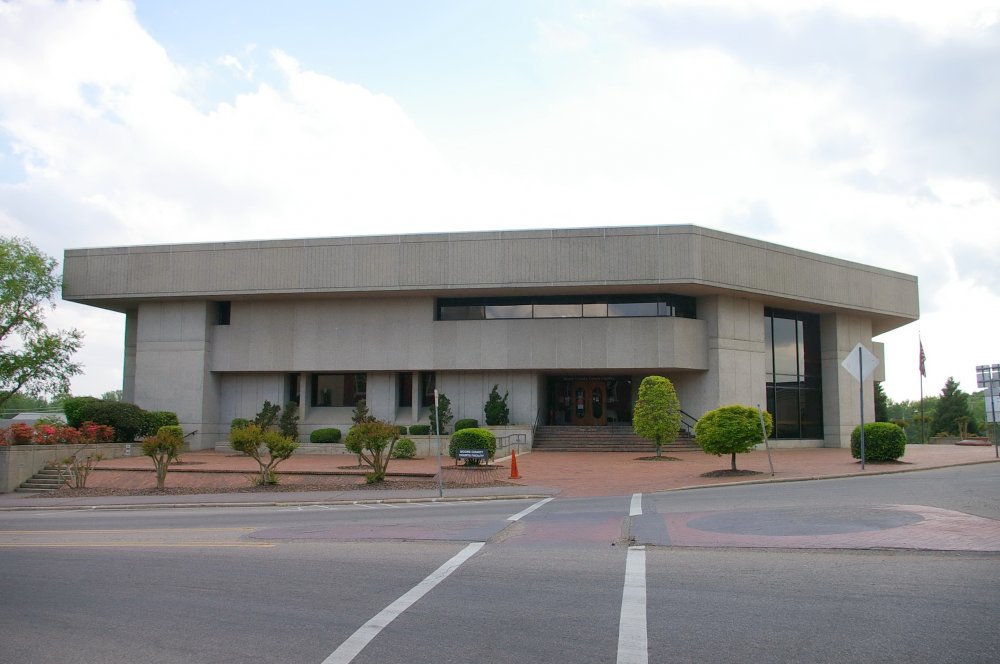 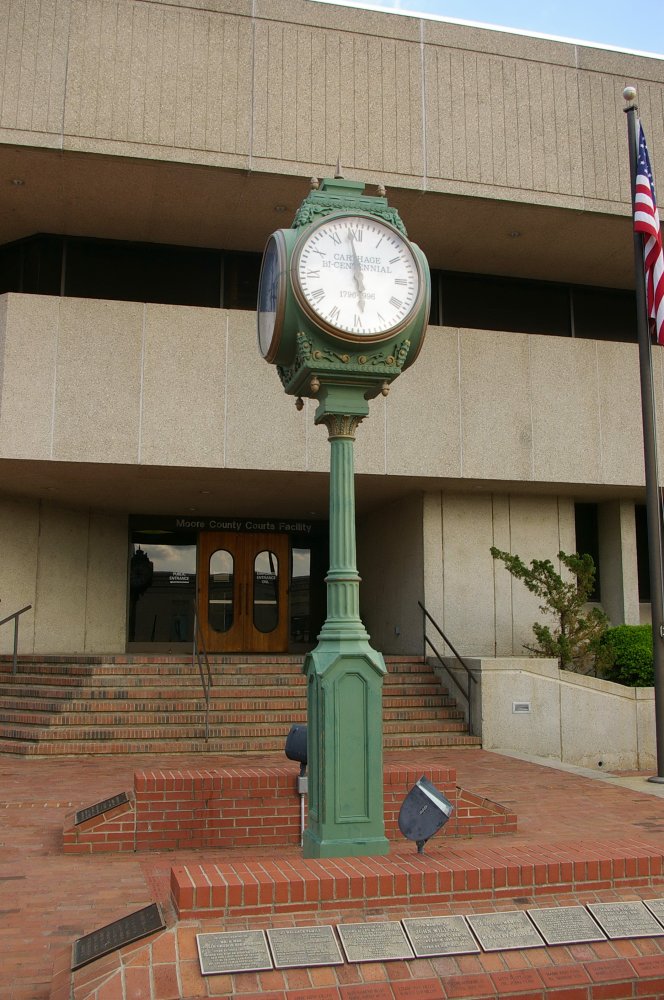 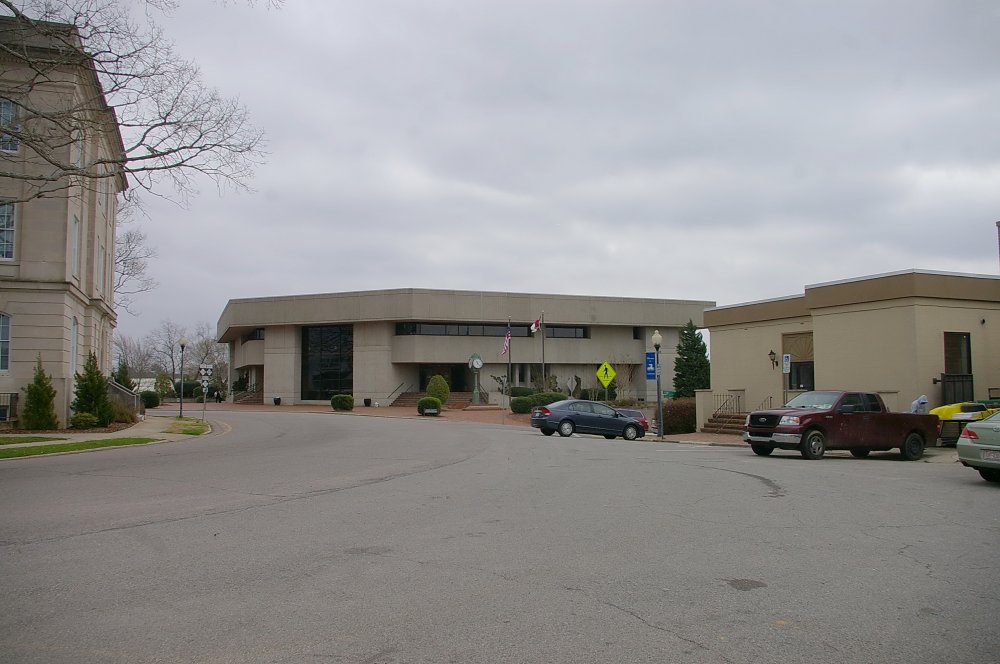 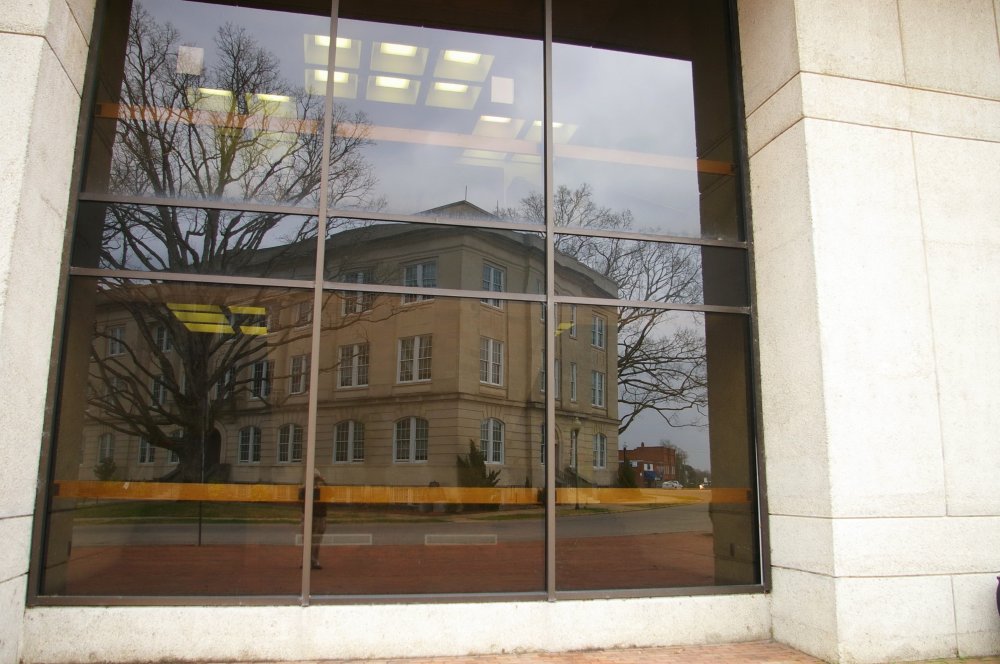 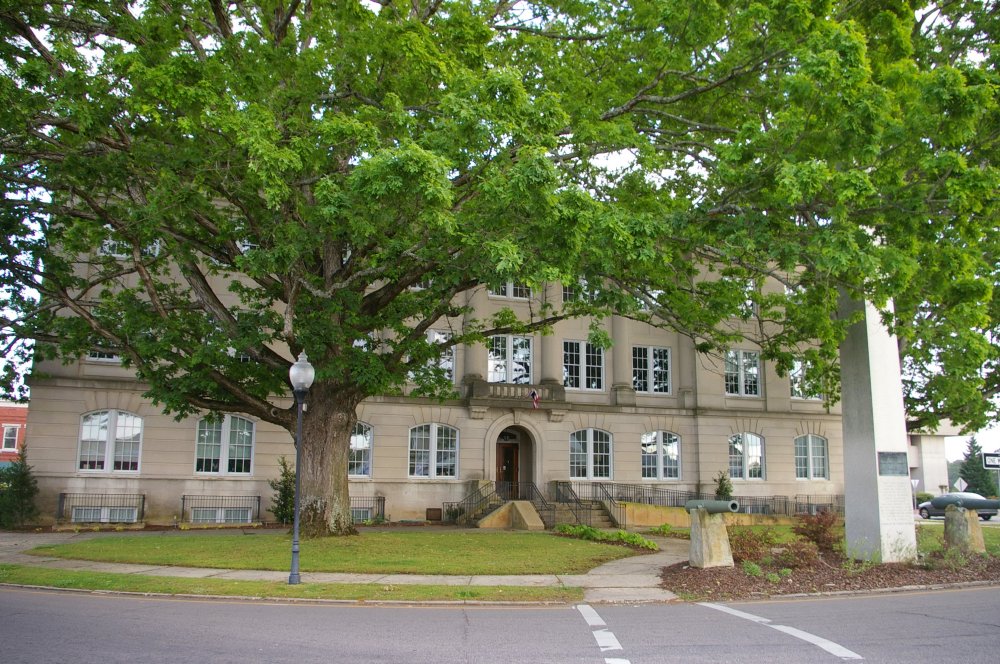 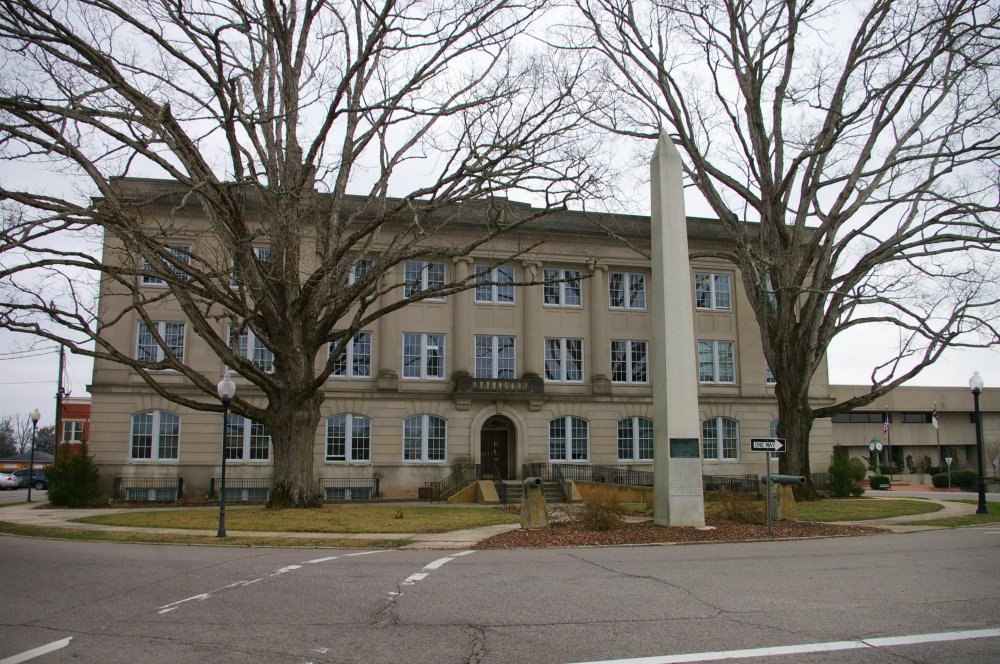