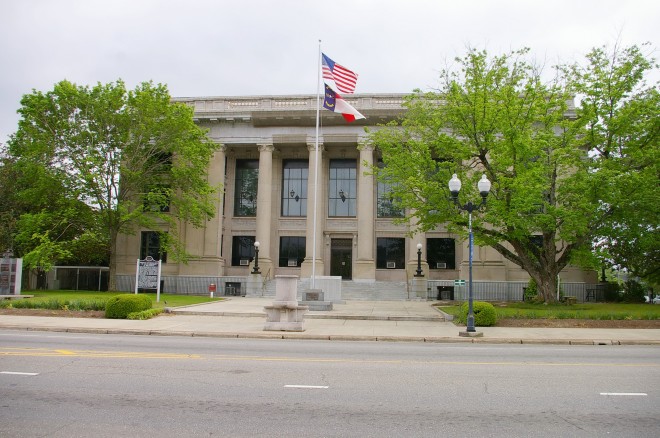 Johnston County is named for Gabriel Johnston, who was a Governor of colonial North Carolina.

Description:  The building faces north and is a three story buff colored brick and concrete structure. The rectangular shaped building is located on landscaped grounds in the center of Smithfield. The north front has a large porch with four columns rising to a header. There is recessed entrance a large vertical windows on the second and third stories. The roof line is flat. In the interior, the main courtroom is located on the third story and has a balcony on the rear side. The building houses the County Superior Court and County District Court of the 11th Judicial District. 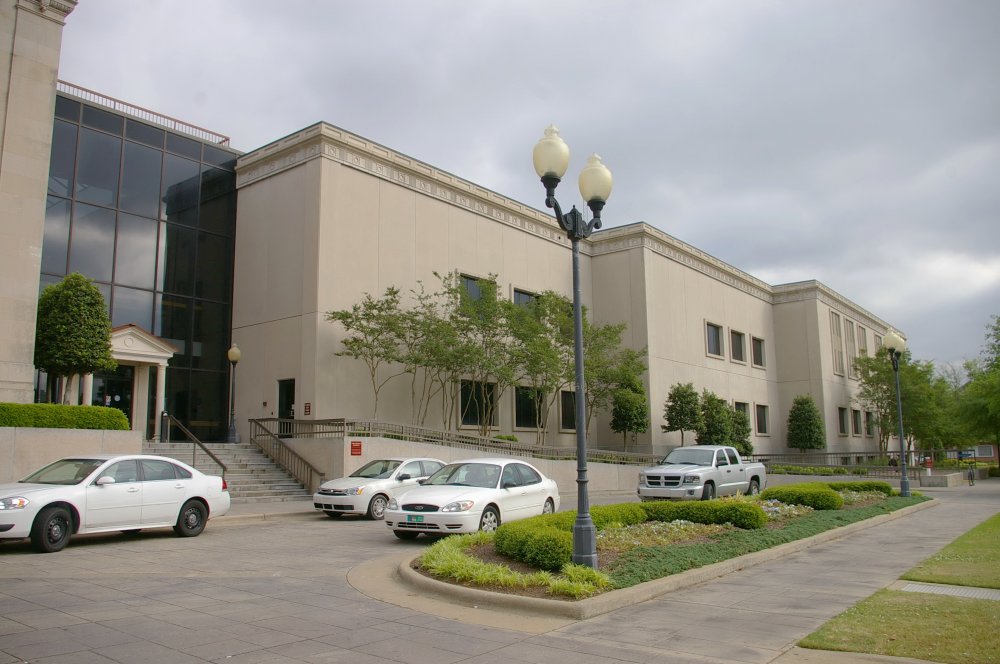 Description:  The building faces west and is a three story buff colored brick structure. The building is located in the center of Smithfield.  The roof line is flat. The building is connected to the old courthouse by an atrium at the north end. The building houses the County Superior Court and County District Court of the 11th Judicial District.

Note:  During the Civil War, General William T Sherman used the 1771 courthouse as his headquarters on his march toward Raleigh. On April 12th 1865 Sherman received a telegram from General Ulysses S Grant informing him of General Robert E Lee’s surrender at Appomattox while in Smithfield. 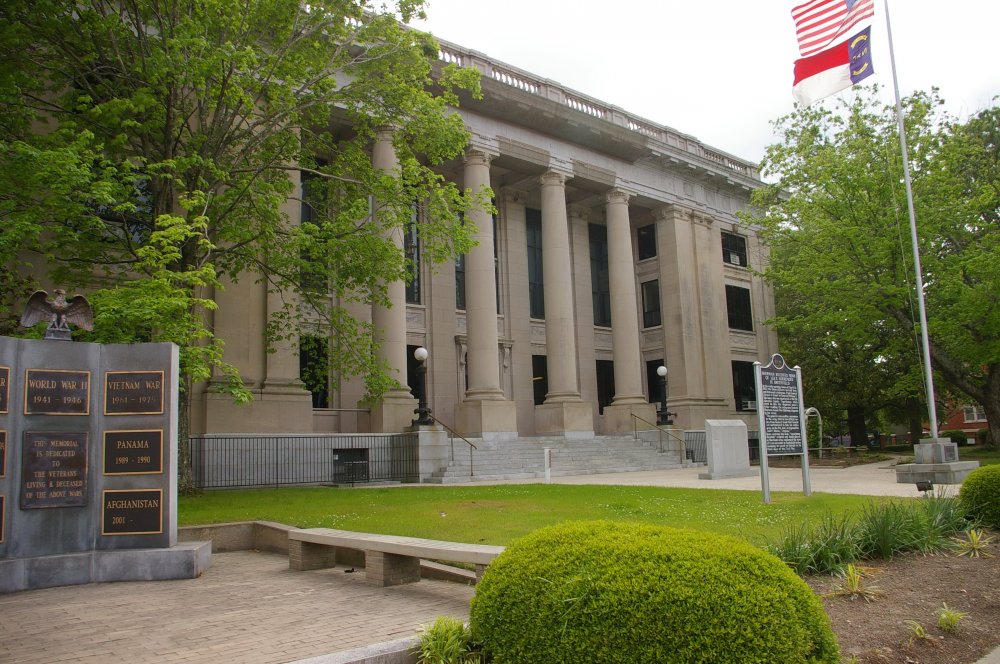 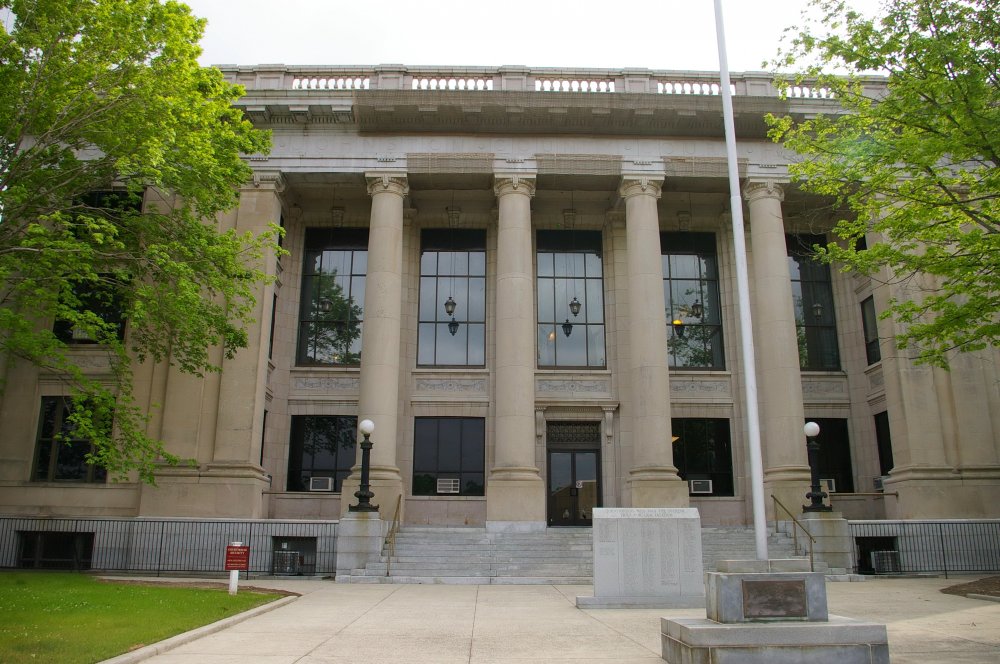 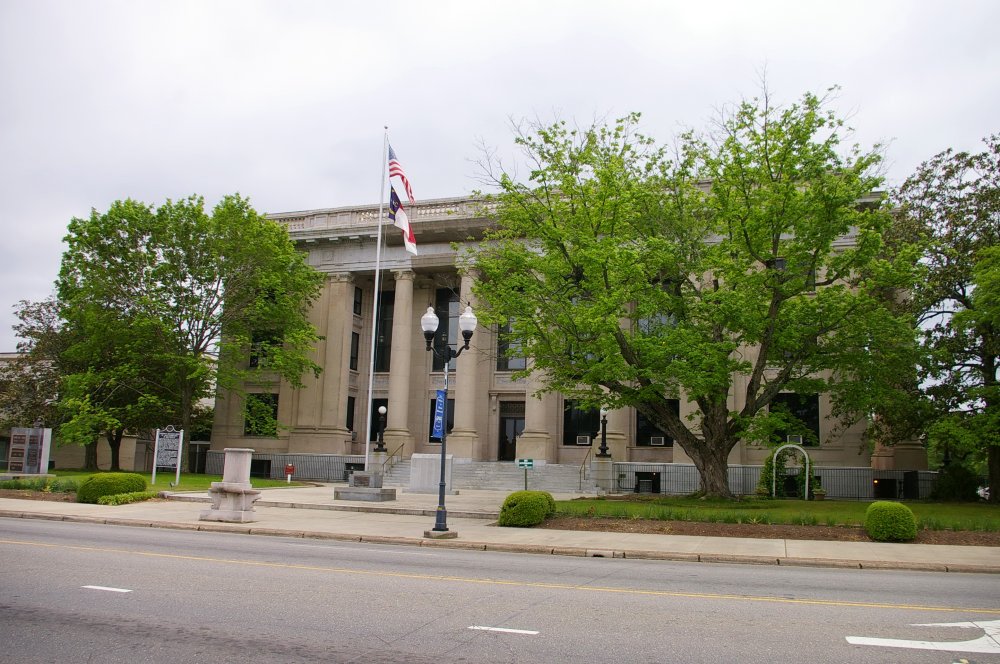 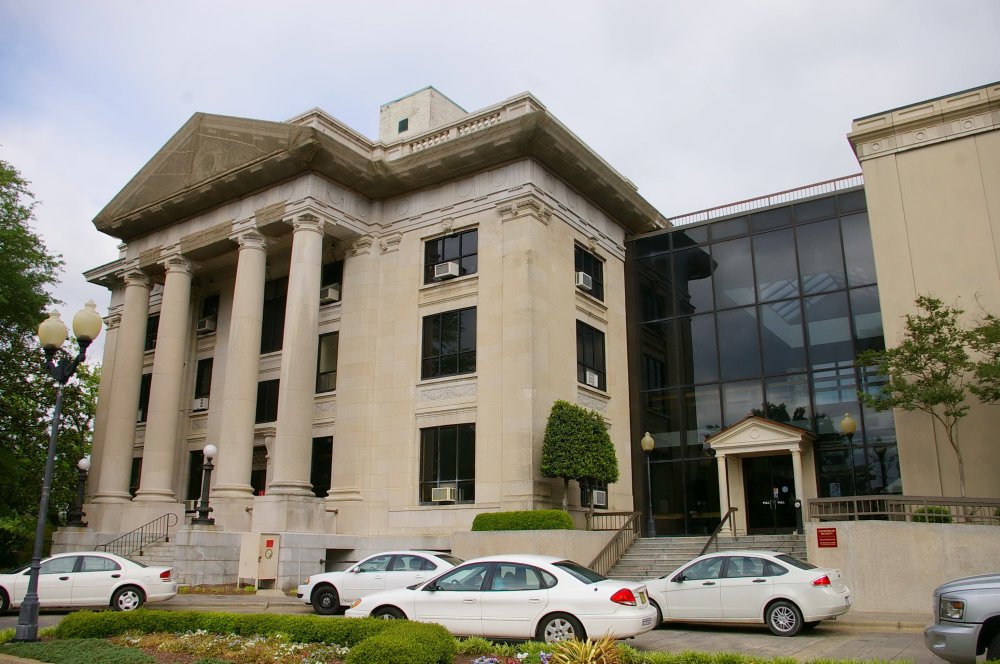 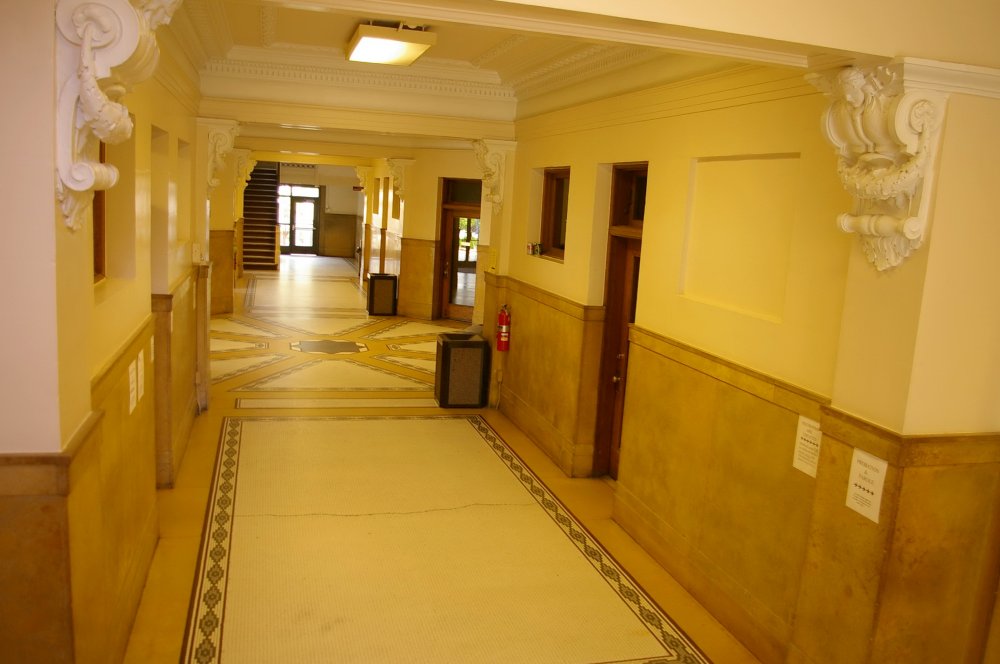 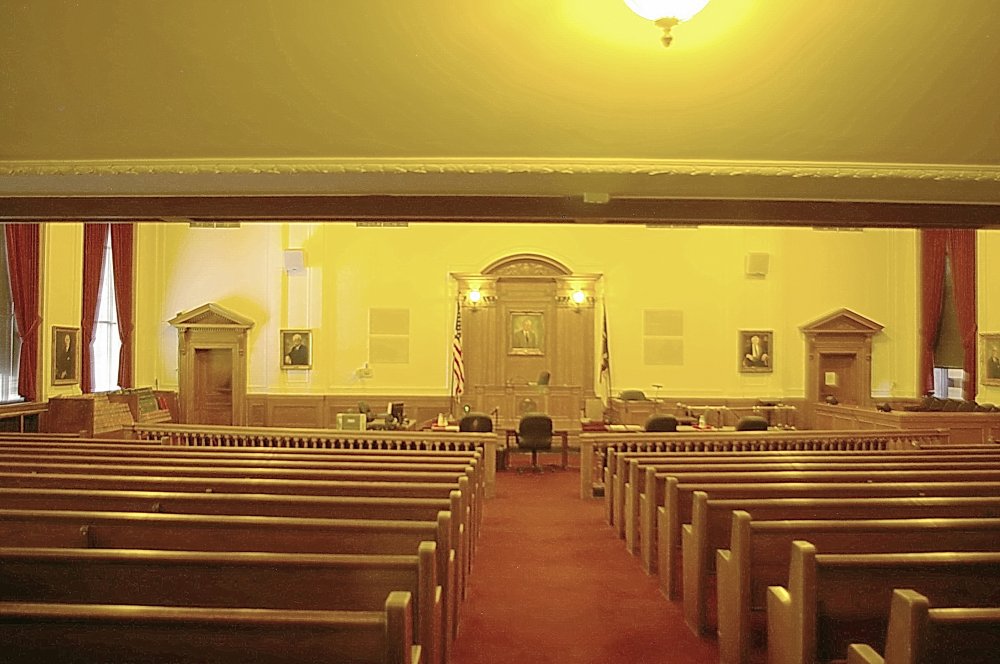 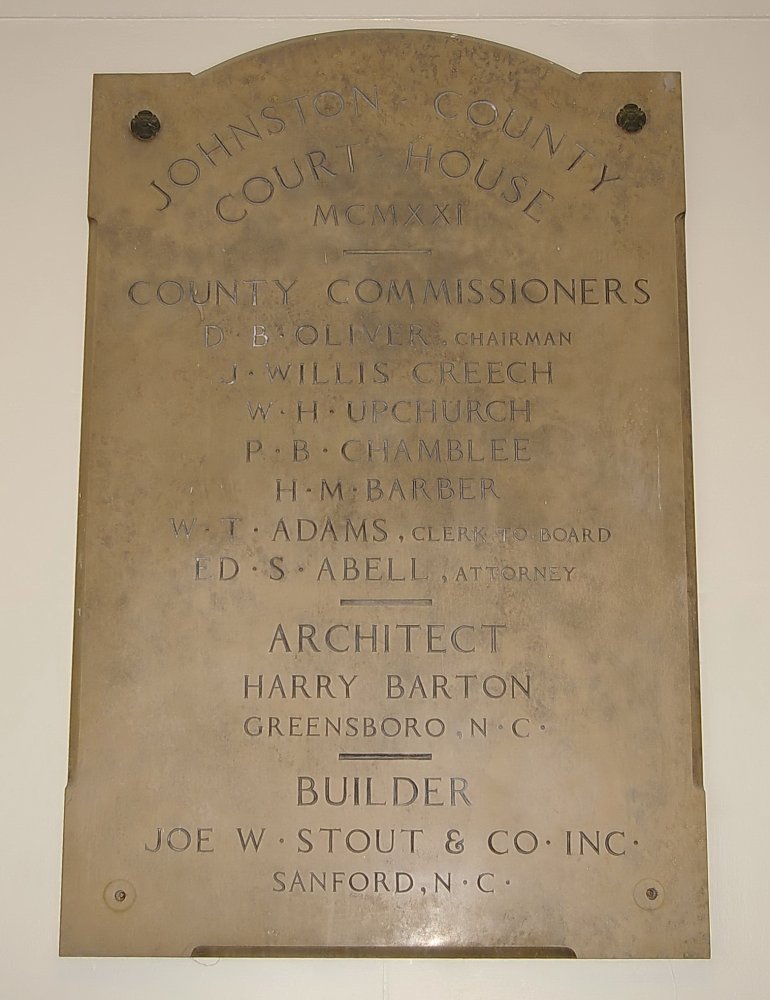 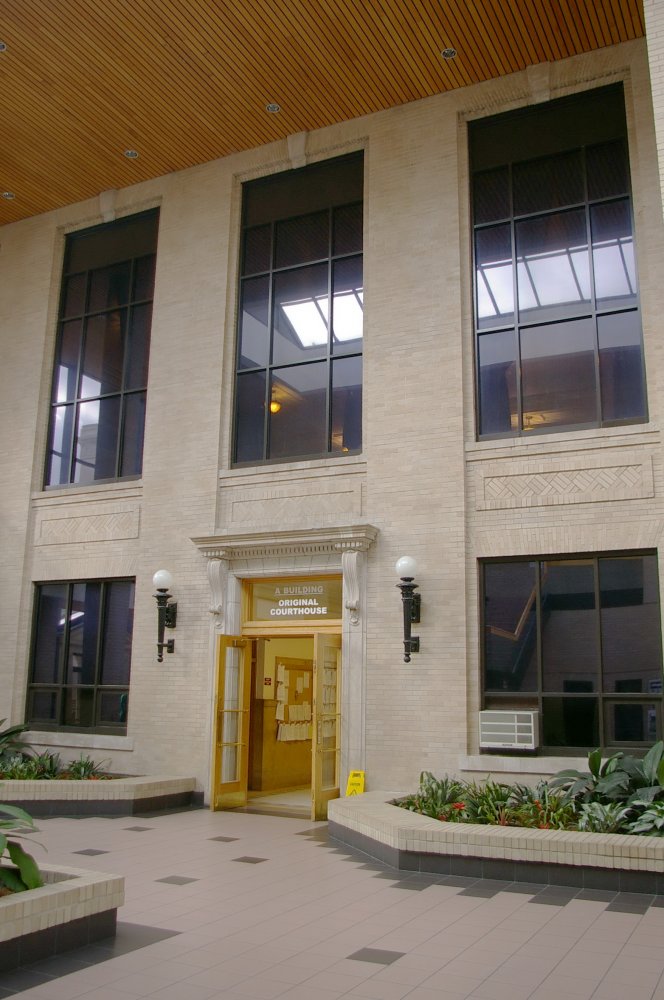 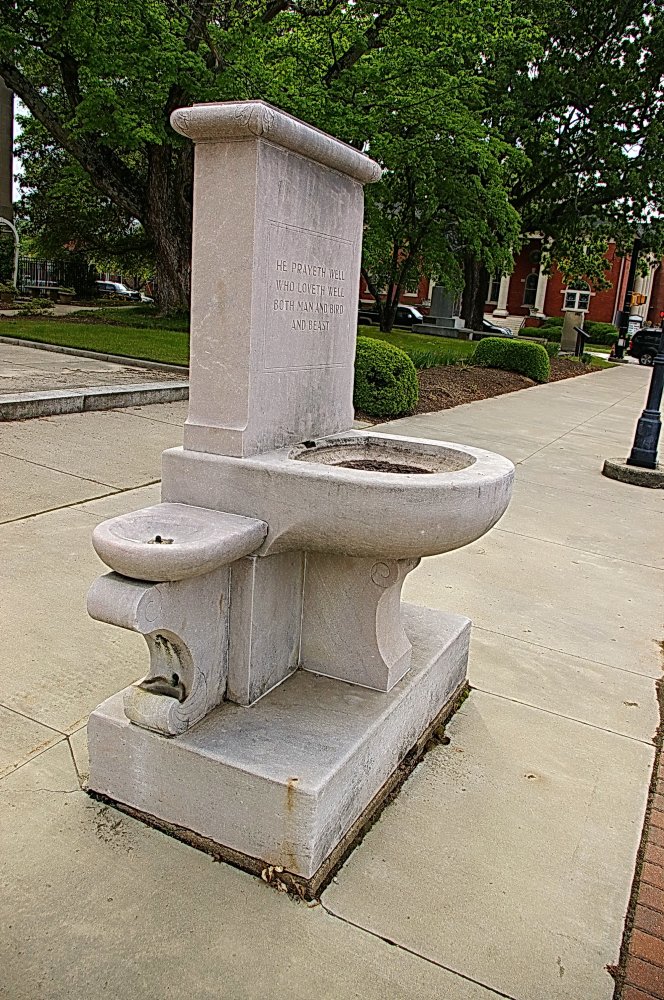