Description:  The building faces north and is a three story buff colored brick and concrete structure. The building is located on landscaped grounds in the center of Goldsboro. The east, north and west fronts have large porticos with four columns rising to pediments at the roof line. A wide cornice follows the flat roof line. The courtroom is located on the second story. The building houses the County Superior Court and County District Court of the 8th Judicial District. The building is connected by a large glass atrium to the Court Annex on the south side. The building was restored in 1999. The architect was Partin & Hobbs Architect and the contractor was Ross – Markham Inc. Description:  The building faces west and is a four story buff colored brick and concrete structure. The building is located on the south side of the courthouse in the center of Goldsboro. On the north side is a large glass atrium which connects the building to the courthouse. The main building extends west and on the northwest corner above the roof line is a rectangular section with clock. Along the west front are vertical pilasters between the windows. The roof is sloped. The building was renovated in 1992 to 1994. The architect was R S & H Architects and the contractor was T A Loving Company. 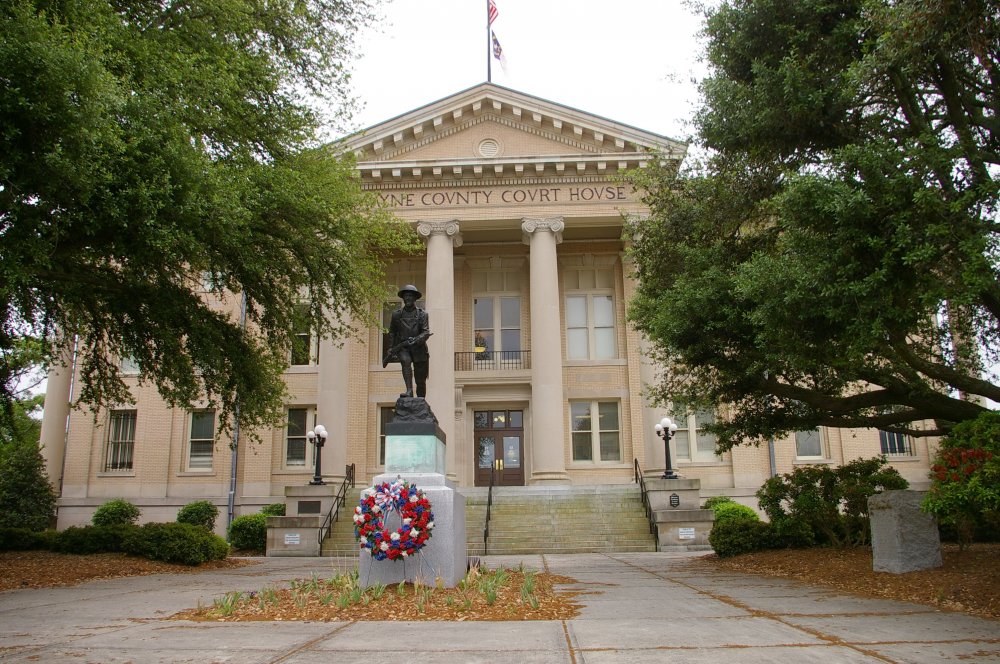 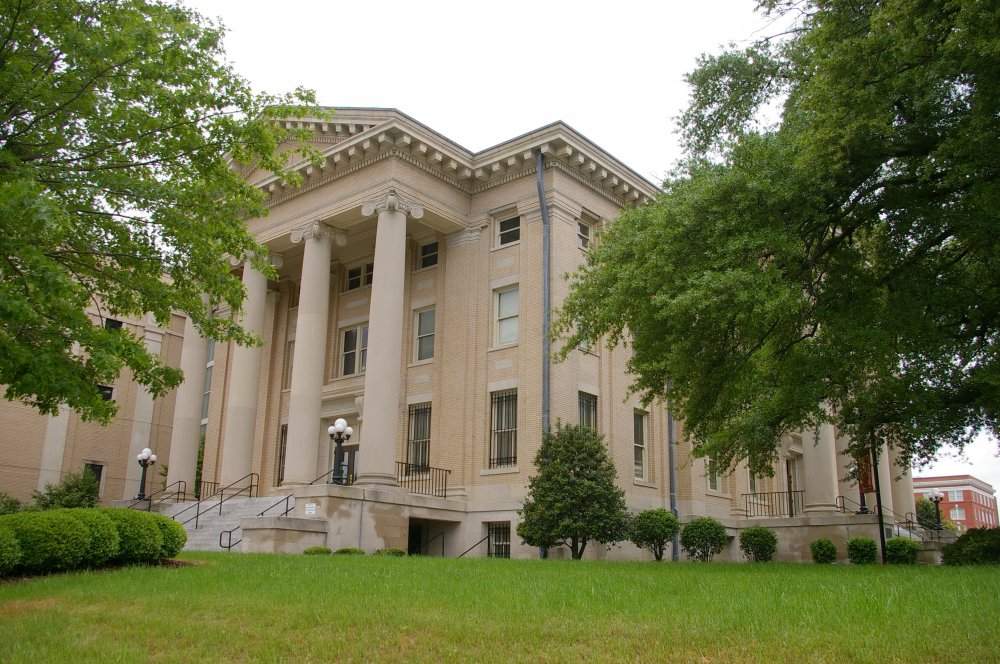 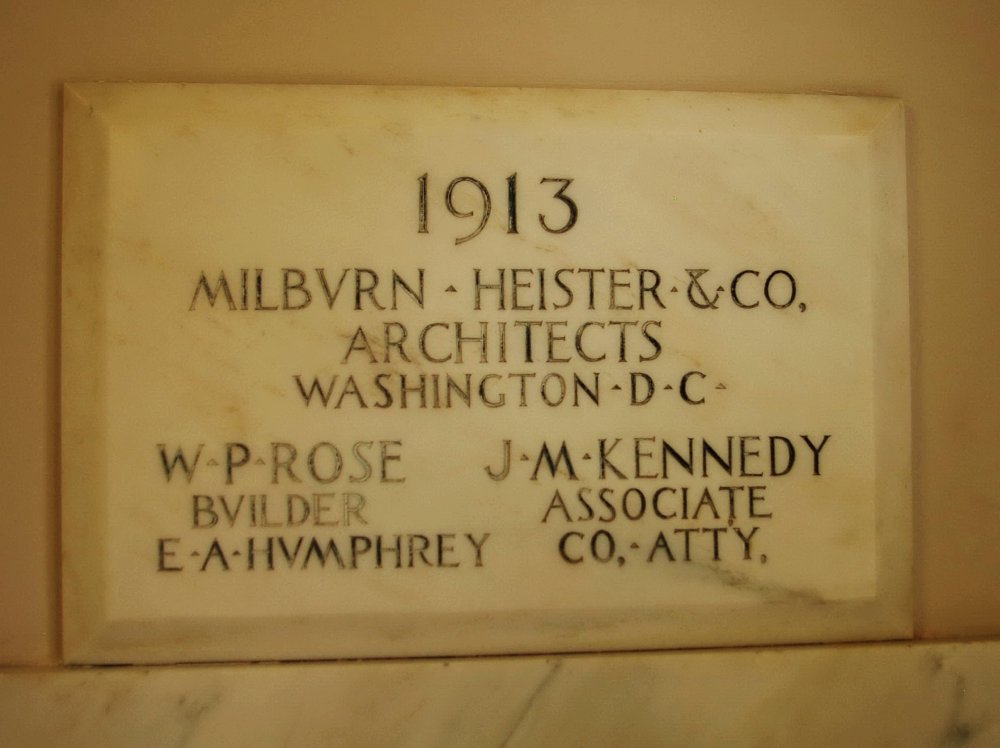 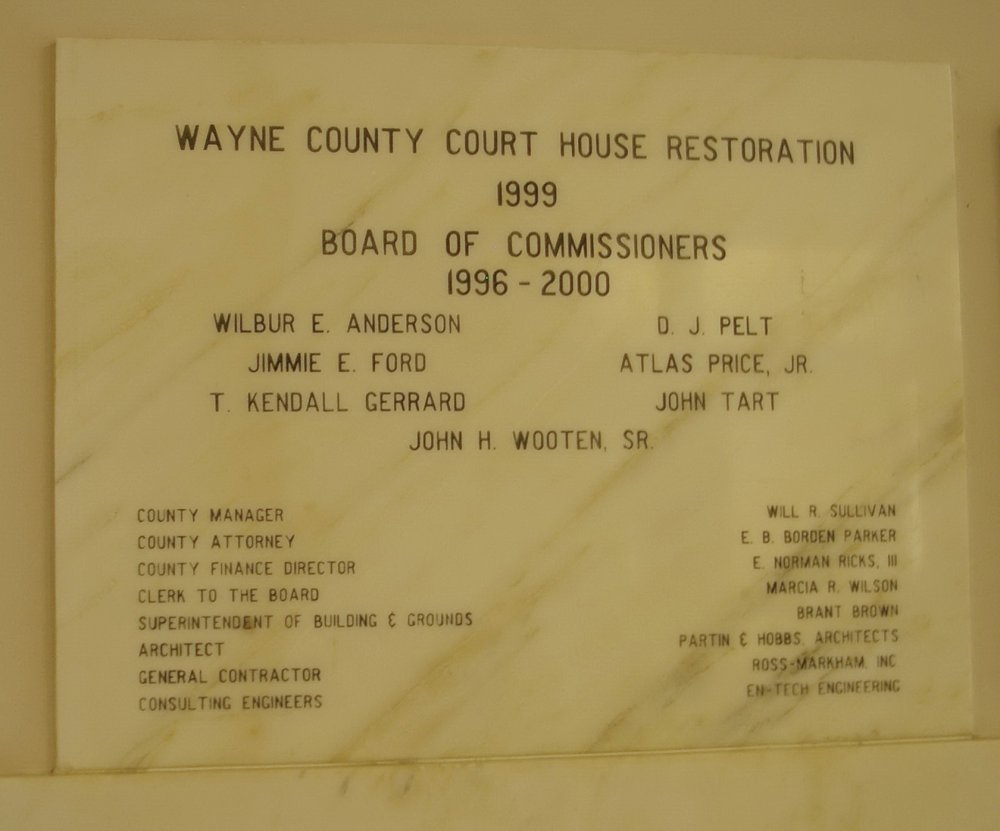 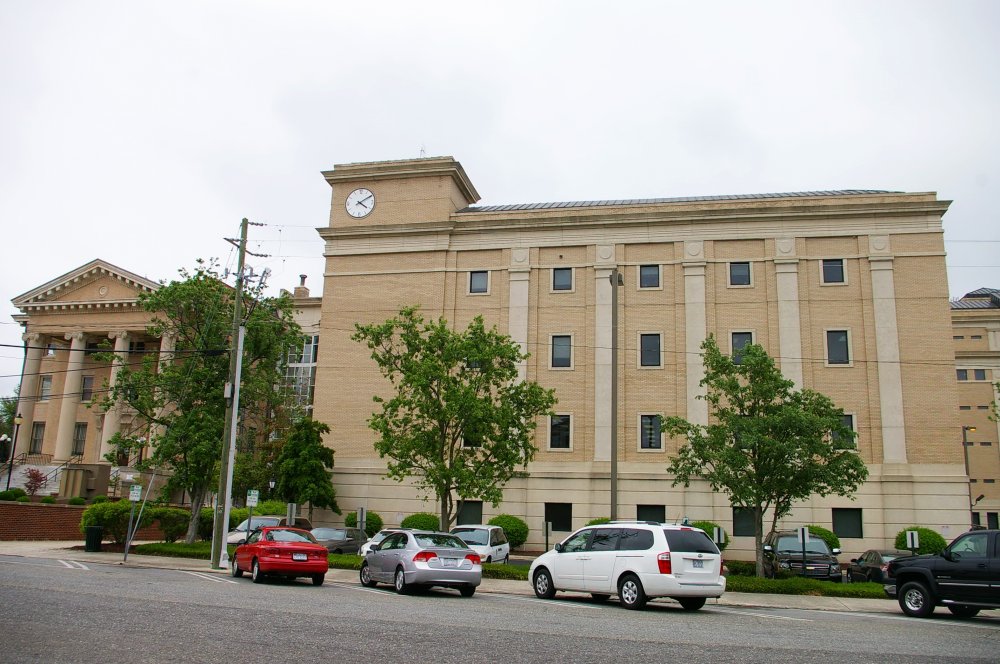 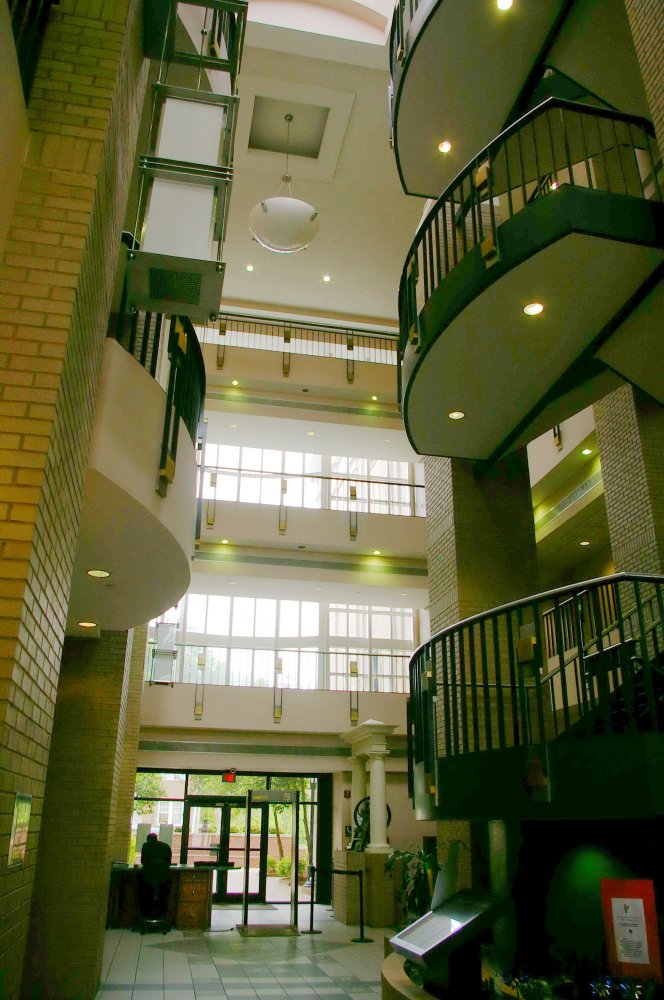 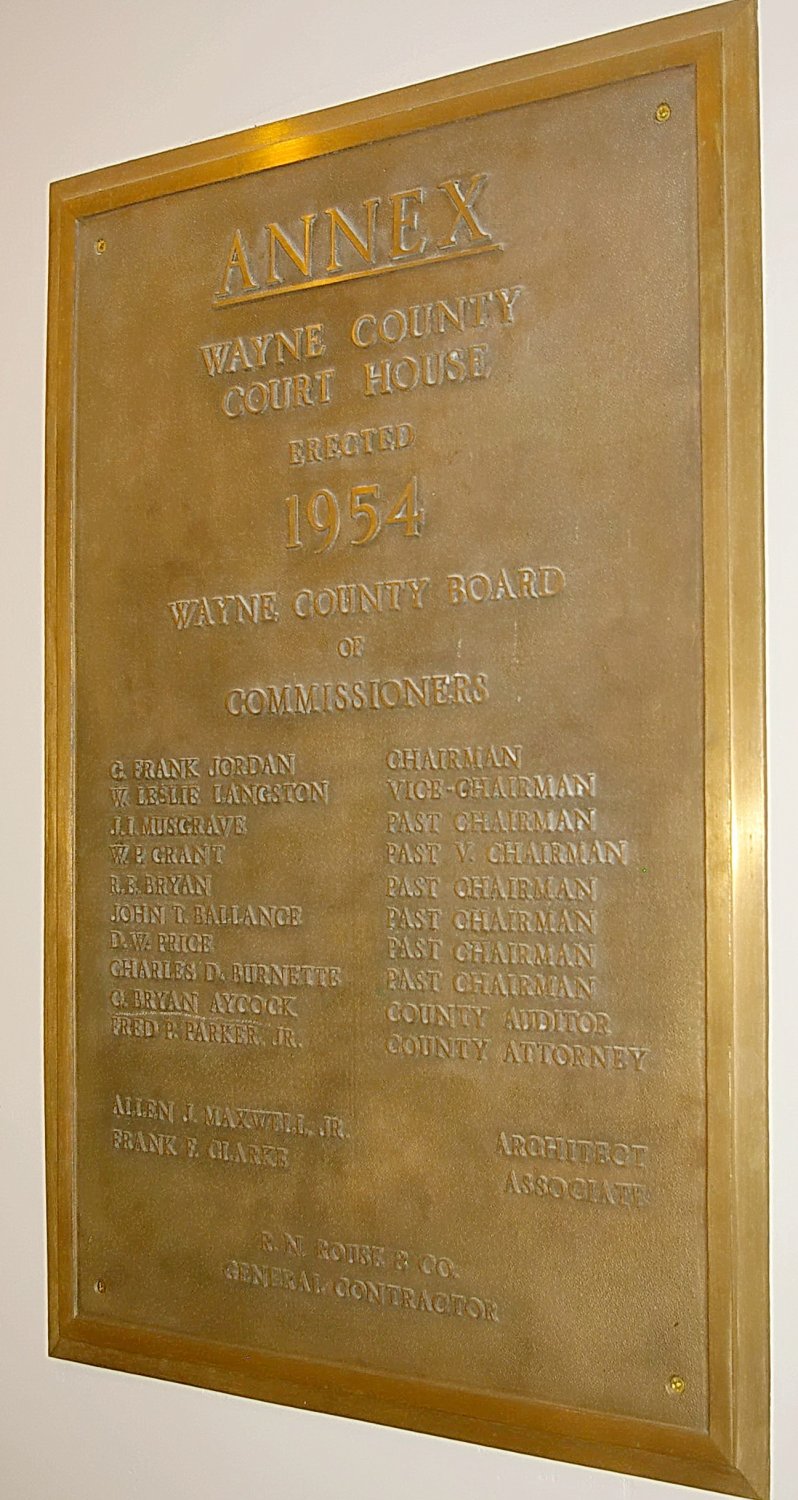 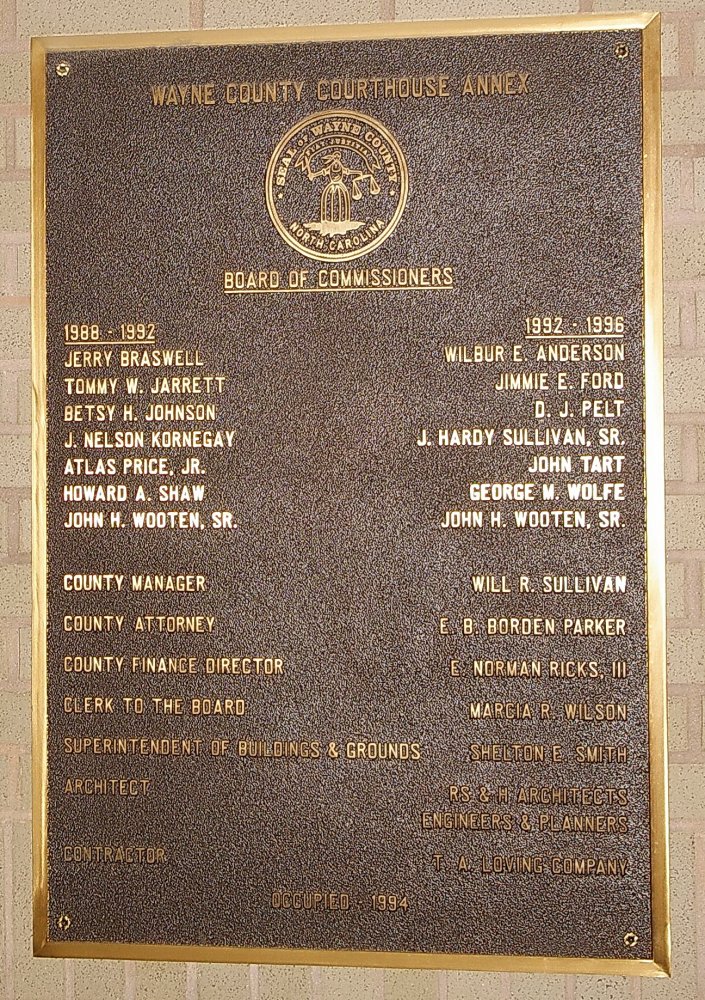