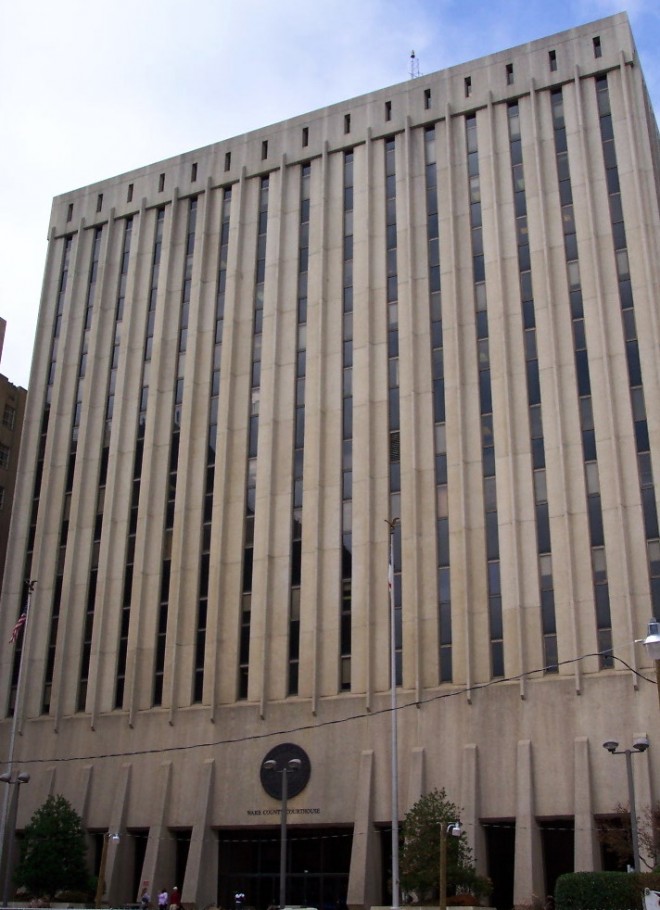 Wake County is named for Margaret Wake, who was the wife of British colonial governor William Tyron.

Description:  The building faces east and is a fifteen story structure. The building is located in the center of Raleigh. The east front has a central recessed entrance on the first story with vertical pillars on either side. Above the entrance is a large county crest. The windows are narrow and vertical. The roof line is flat.The building houses the County Superior Court and County District Court of the 10th Judicial District. On the south side is the fifteen story Waverly F Aikins County Office Building built in 1941 to 1942. 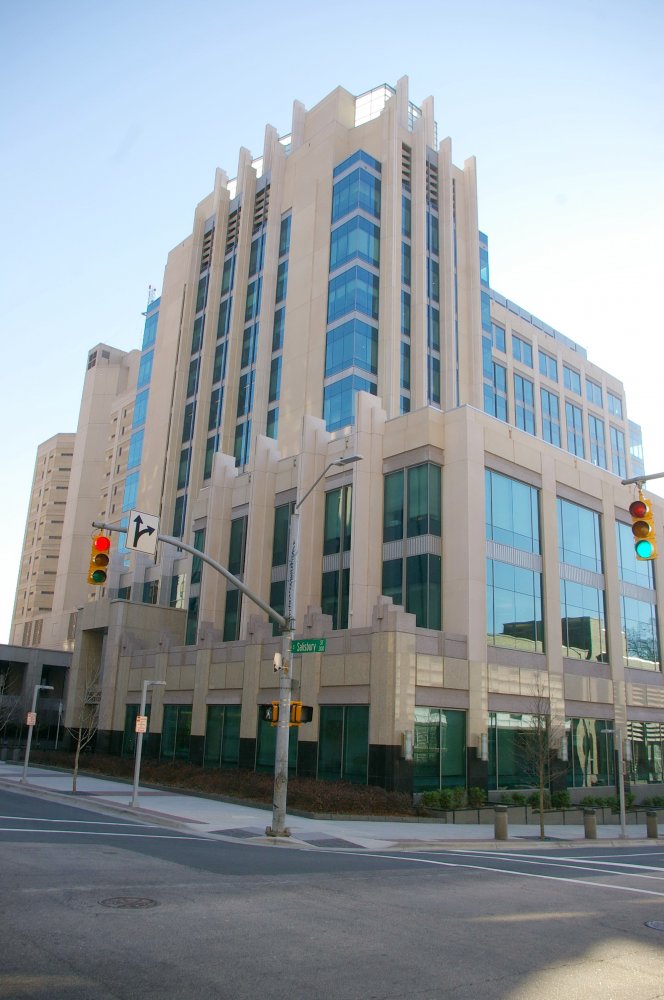 Description:  The building faces east and is an eleven story concrete and glass structure. The building rises with vertical concrete pillars with dark blue coloured glass windows between. The east front has a canopy above the first story entrance. The roof line is flat. The building houses the County Superior Court and County District Court of the 10th Judicial District. The building is located on the west side of the courthouse. 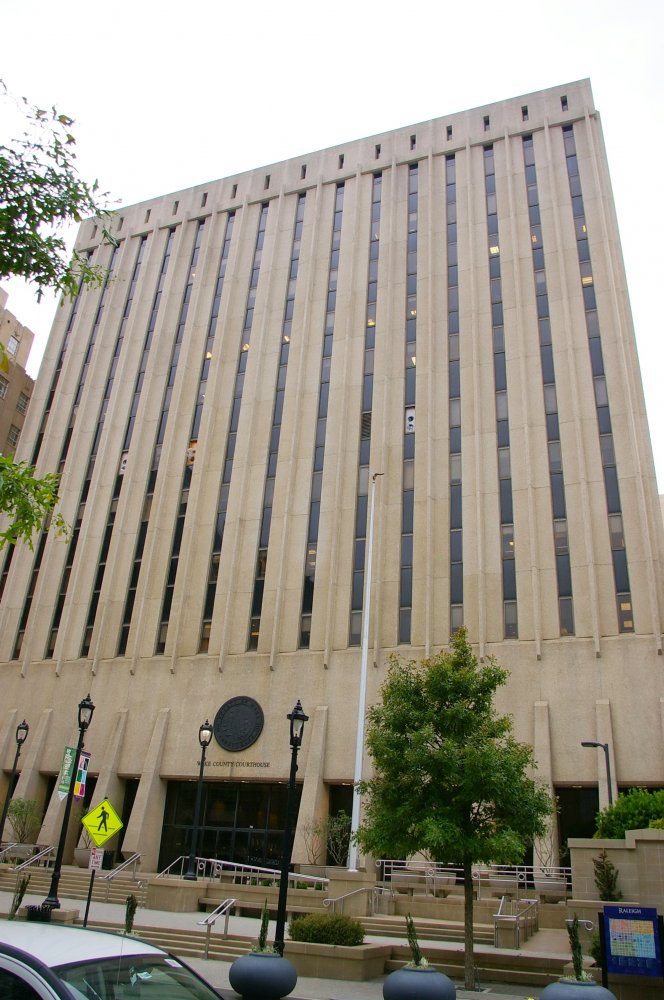 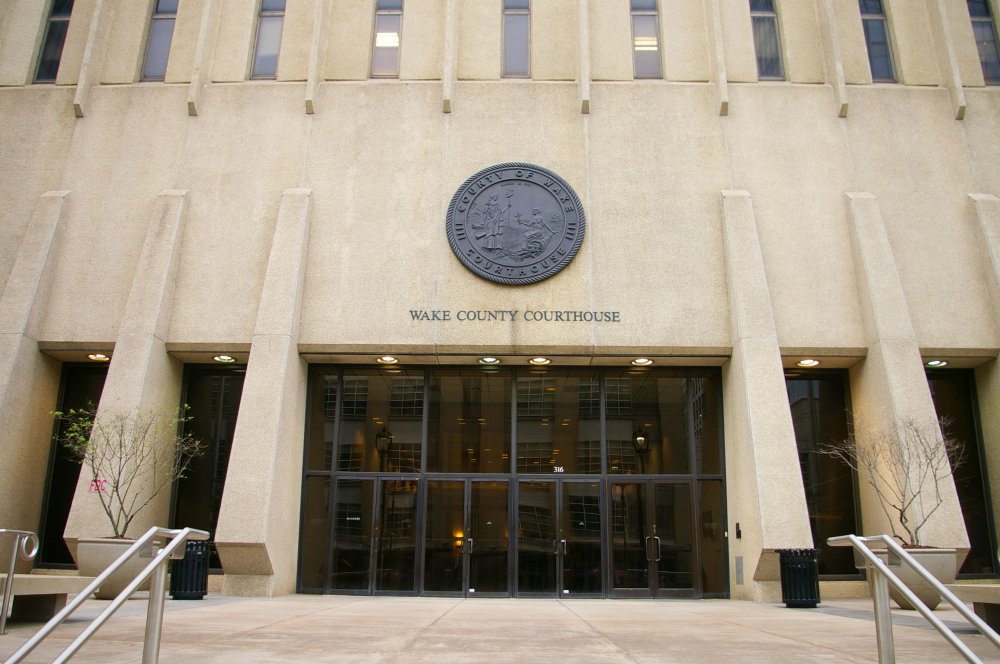 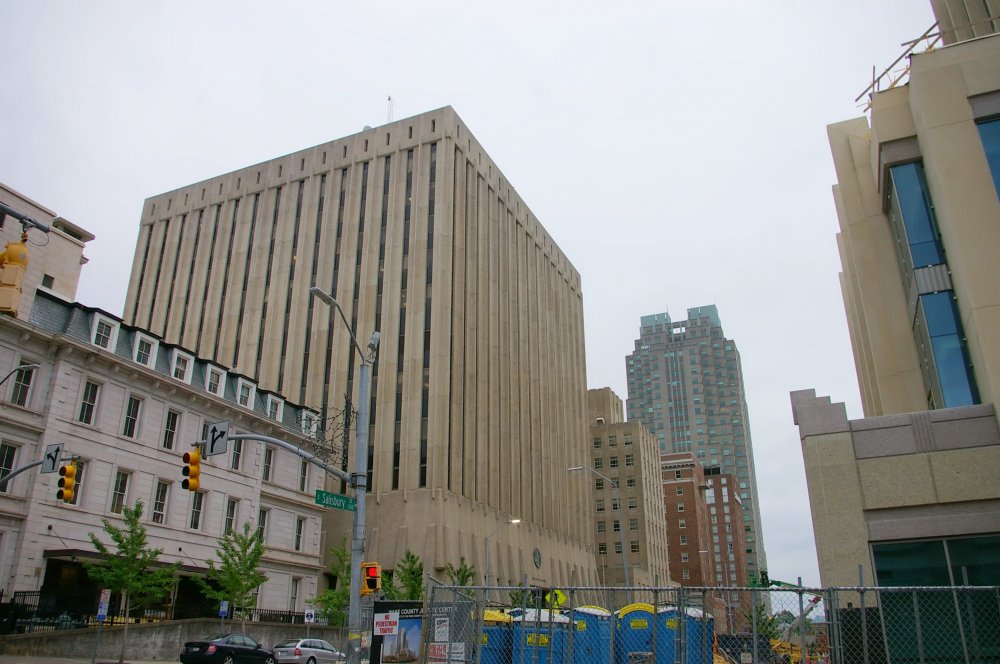 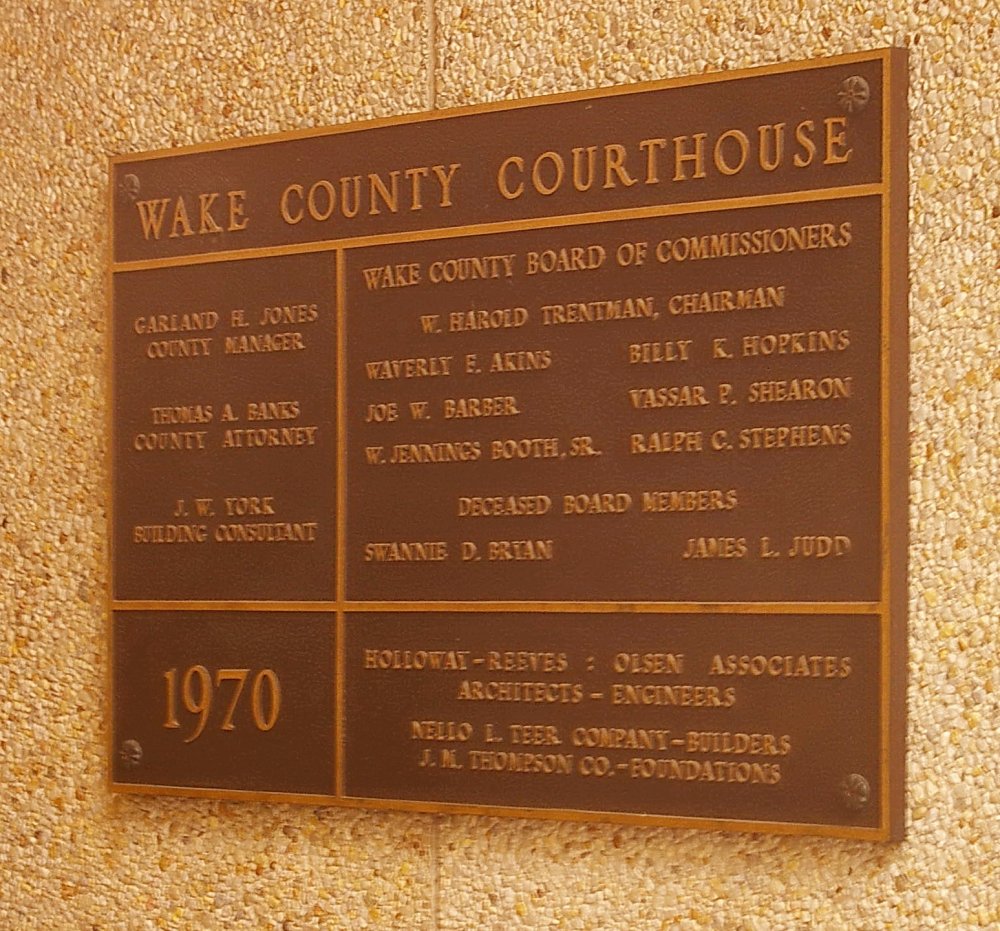