Sampson County is named for John Sampson, who was the first register of deeds of Duplin County and the first mayor of Wilmington, North Carolina.

Description:  The building faces southeast and is a two story red colored brick and concrete structure. The building is located on landscaped grounds in the center of Clinton. The building has a large porch supported by five large white colored pillars rising to the roof line. The entrance is recessed. There is also a similar porch on the northwest side. There are south and north wings with dormers on the roof. On the center of the roof is a square white colored cupola with clock and green colored roof. In the interior, the courtroom is located on the second story. The building houses the County Superior Court and County District Court of the 4th Judicial District. The building was remodeled  and a new jail was added in 1937 to 1939 and the architect was R R Markley. The remodeling was a Public Works  Administration project. 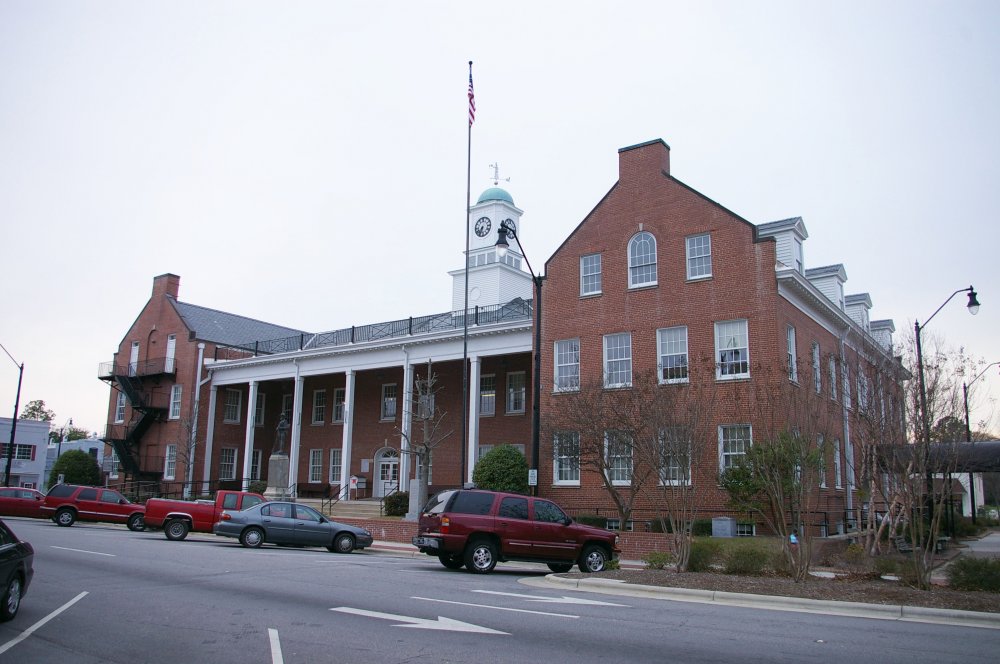 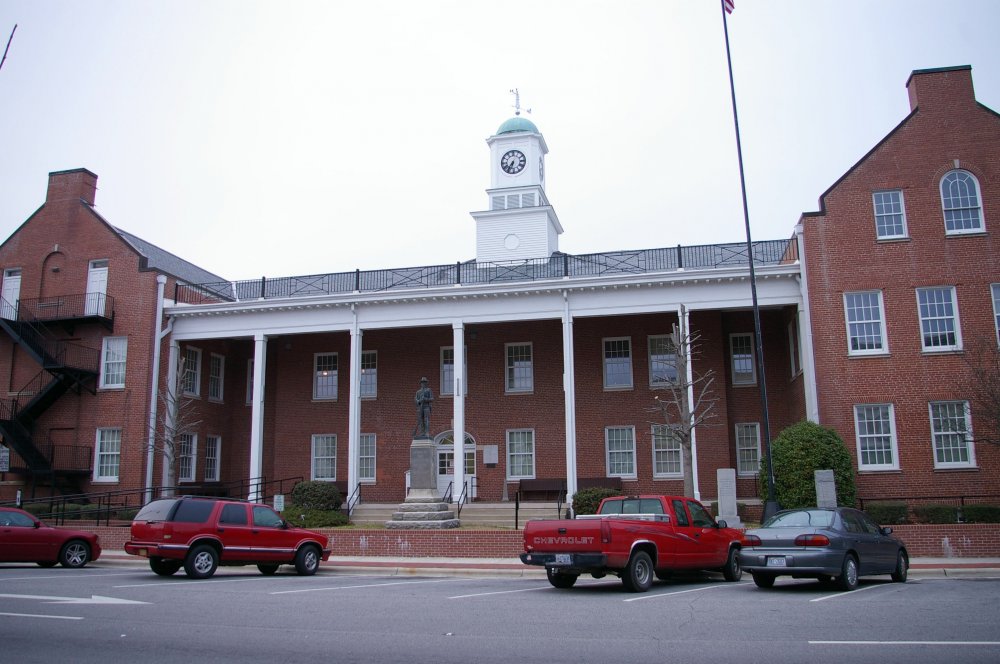 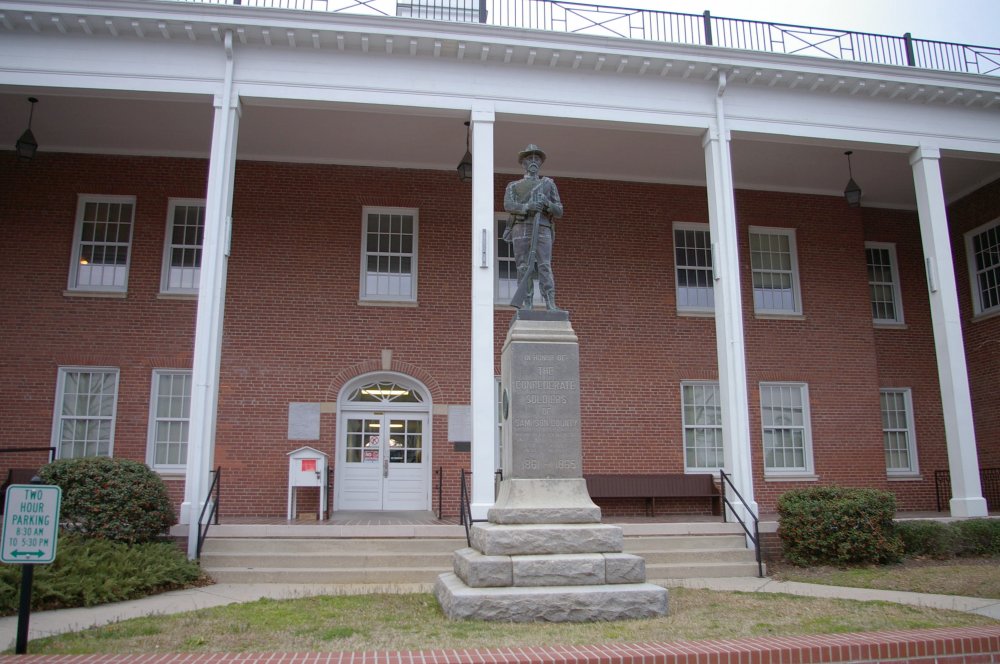 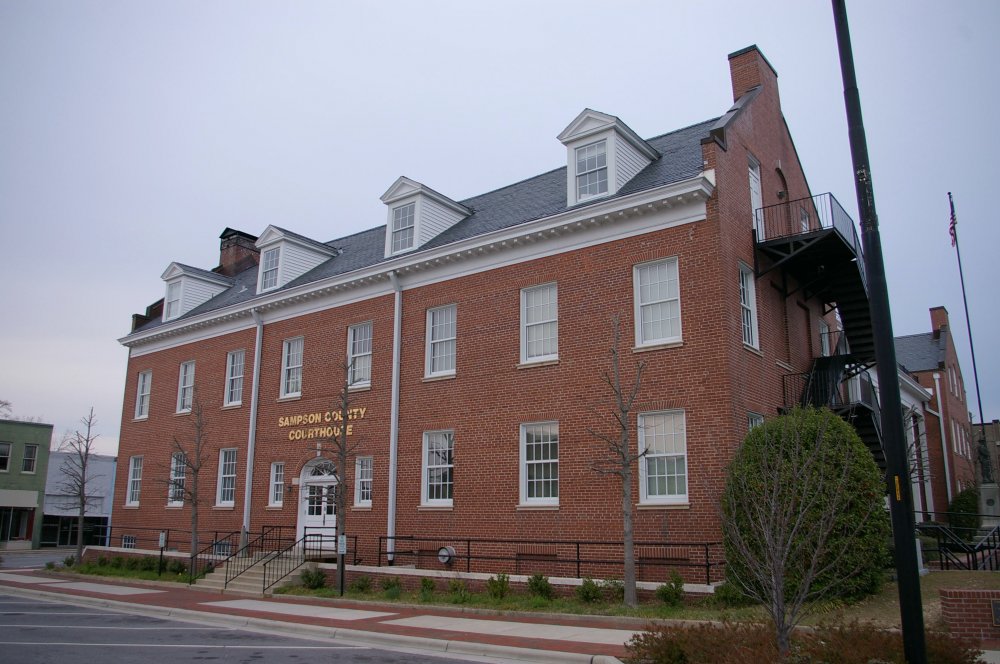 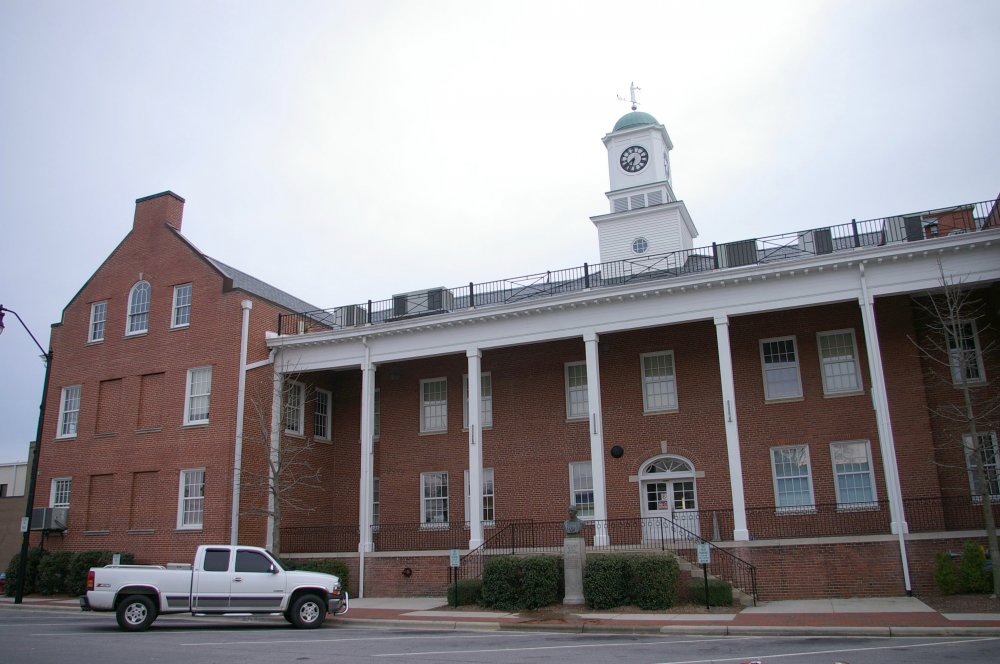 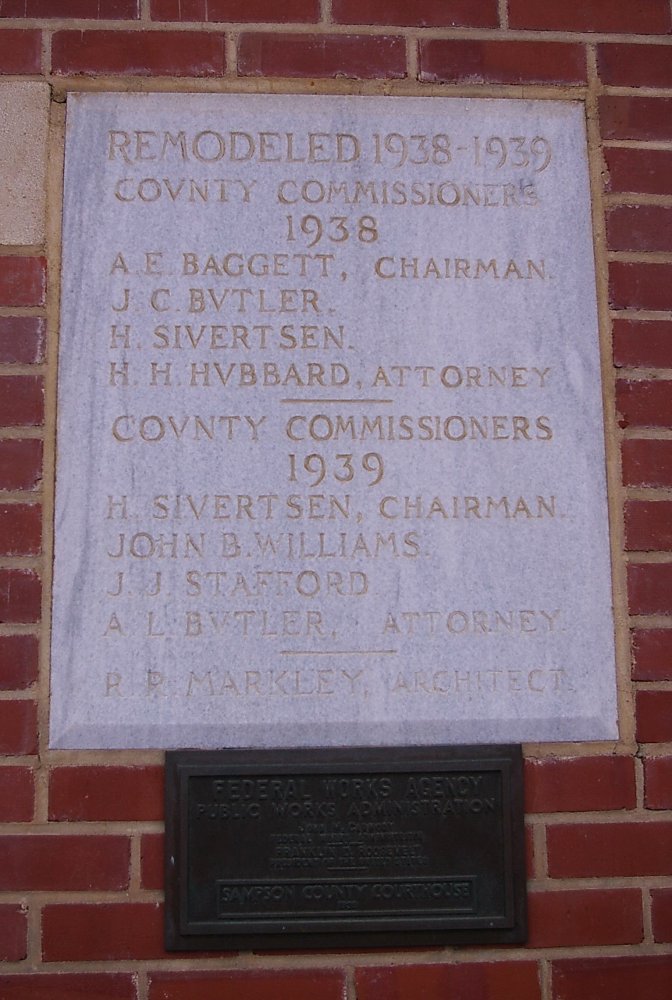