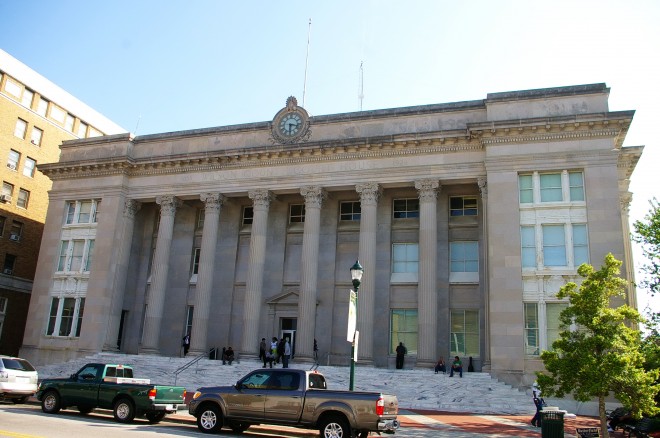 Wilson County is named for Louis D Wilson, who was a state legislator from Edgecombe County and who died of fever at Veracruz during the Mexican-American War.

Description:  The building faces southwest and is a three story gray colored stone and concrete structure. The building is located in the center of Wilson. The southwest front has a large porch with six Corinthian columns rising to a wide header with clock. The central entrance is recessed and has a small pediment over the doorway. At the roof line is a large clock. The roof line is flat. In the interior are tile floors, marble stairways and metal doors. The courtroom is located on the second story. The building houses the County Superior Court and County District Court of the 7th Judicial District. The building was renovated in 1968 to 1969. 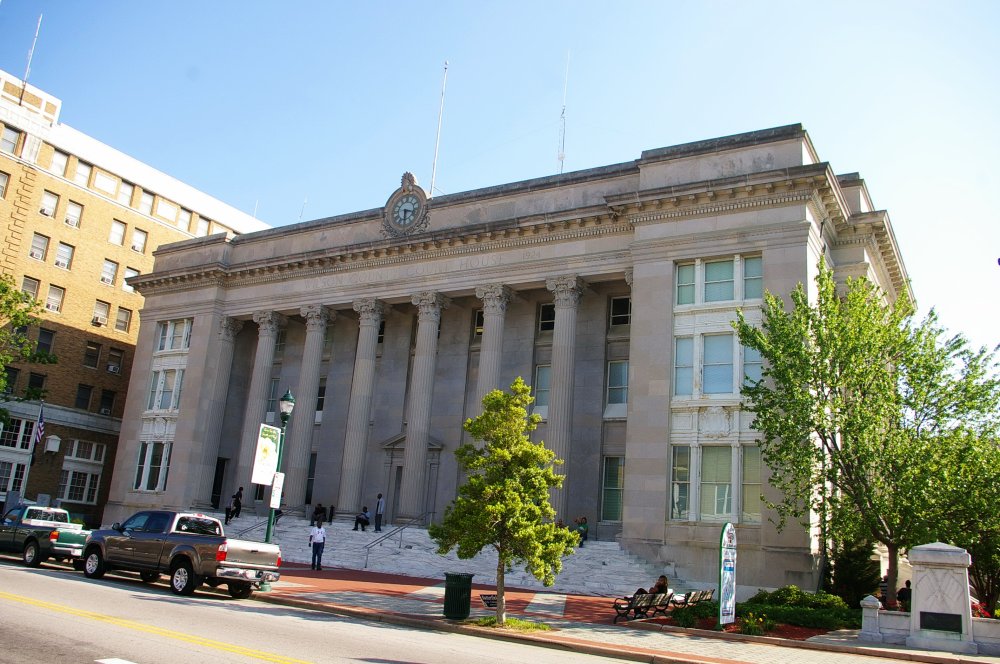 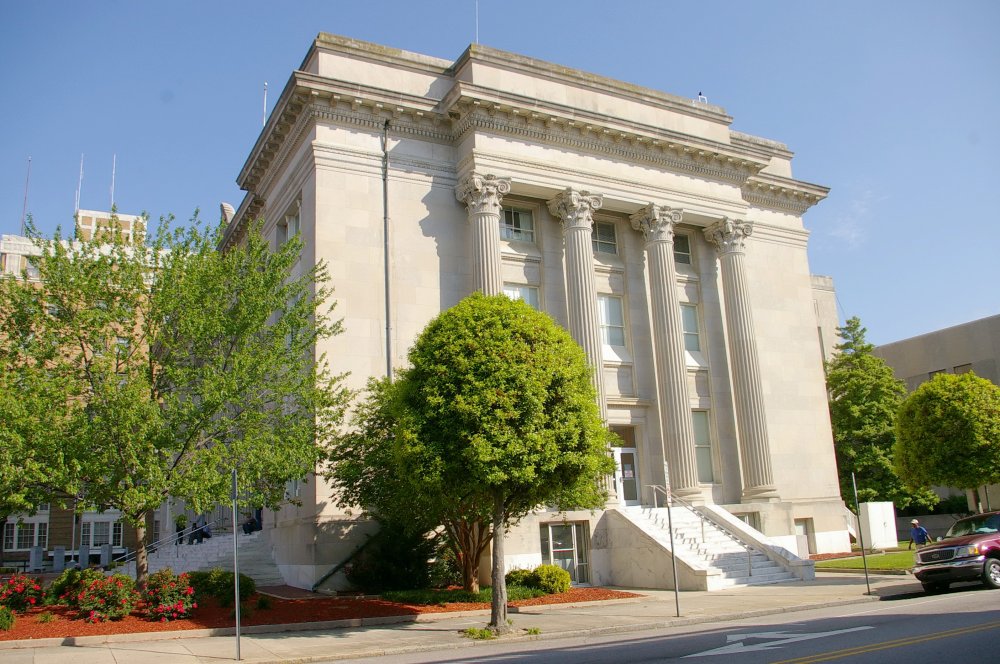 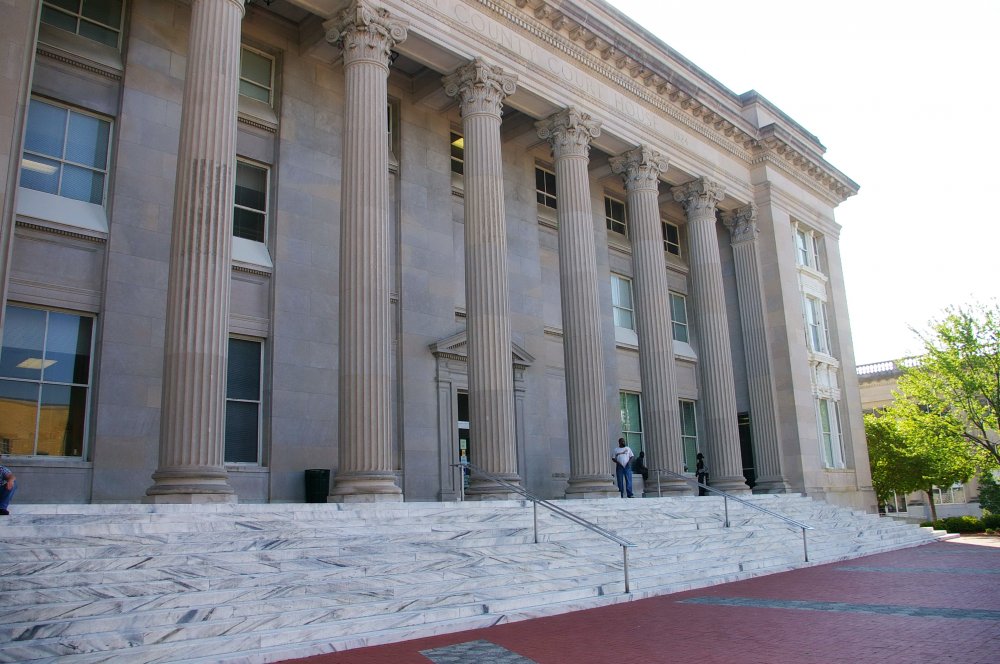 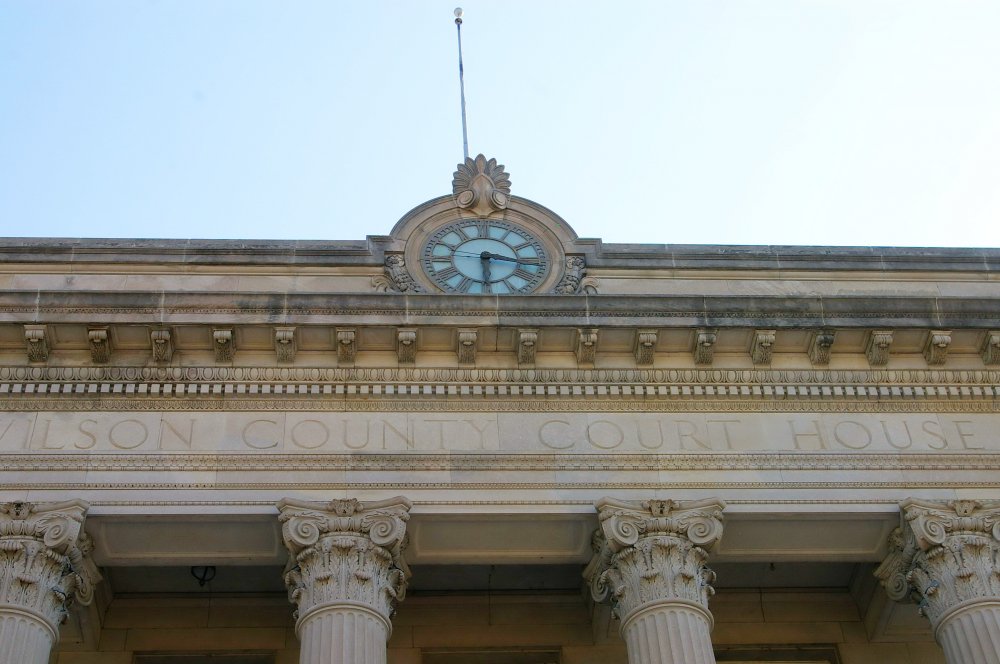 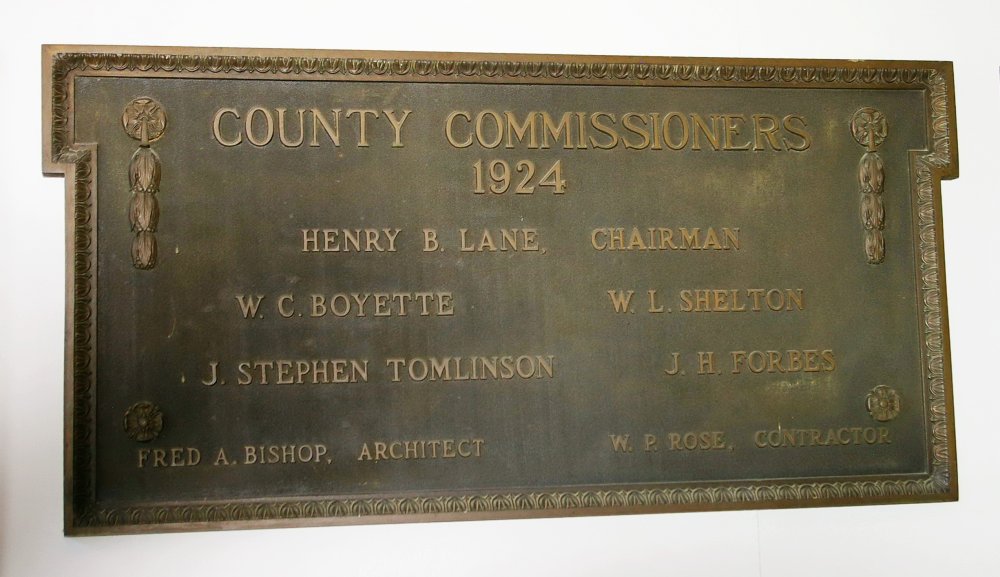 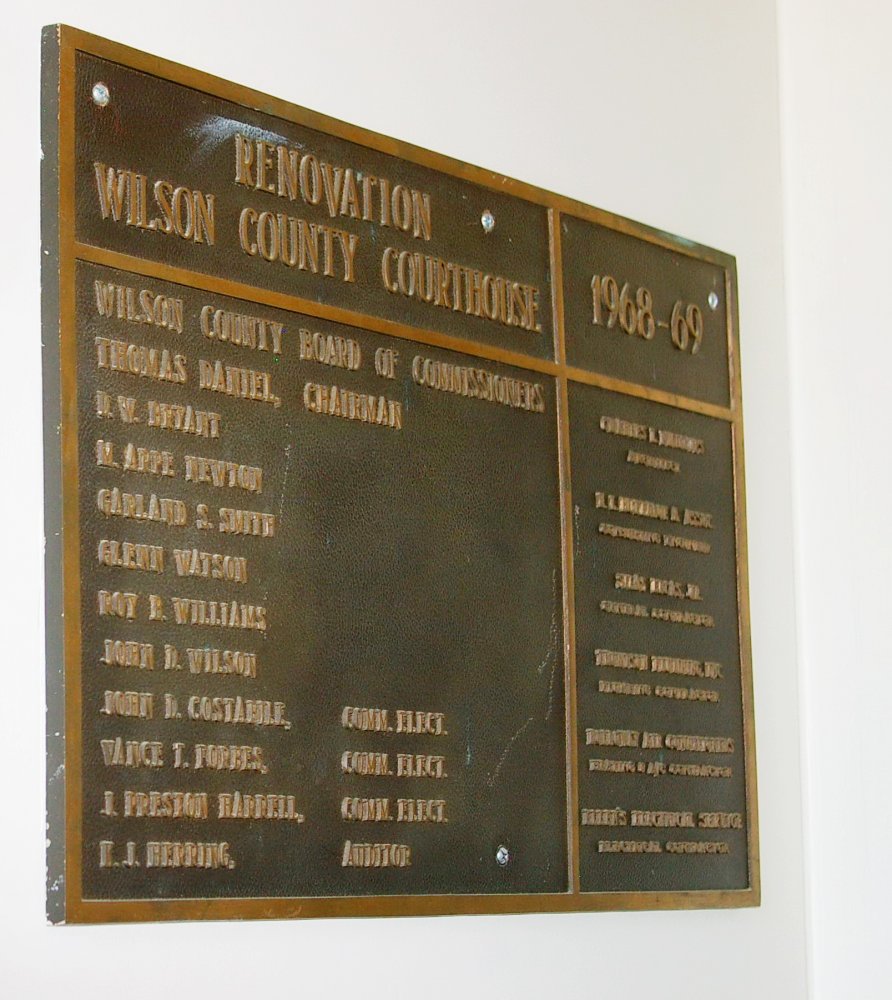