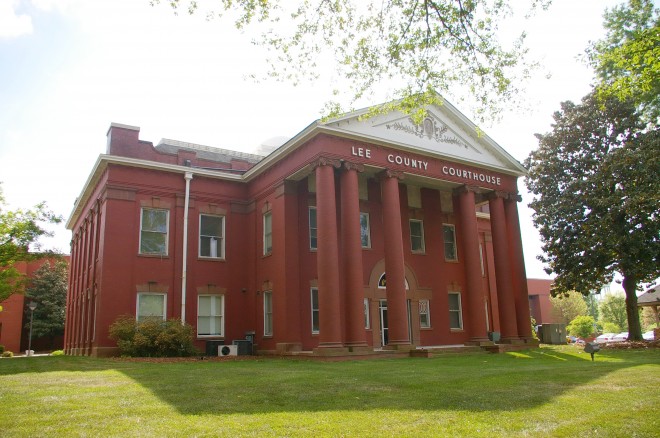 Lee County is named for Robert E Lee, who was general of the Confederate forces during the American Civil War.

Description:  The building faces north and is a two story dark red colored brick structure.  Spacious grounds surround the building located in the center of the city. The north front has a large portico with six red colored Roman columns rising to a wide pediment at the roof line. The center section of the building projects from the main building.  The south side of the building has a similar portico. The roof is hipped. The new courthouses sits along the south side.

Note:  In 1908, the county received plans from H L Lewman of Louisville, Kentucky and bids from Pierce and Francis at $39,500, Rommel Brothers at $42,300, The Alfred Struck Company at $41,000 and Falls City Construction Company at $36,897. The commissioners decided to hire Charles McMillan as architect and supervisor. Local trades including Jonesboro Brick Company, D J Riddle Lumber and Sanford Manufacturing Company ( furniture ) supplied material and local labor used for construction. 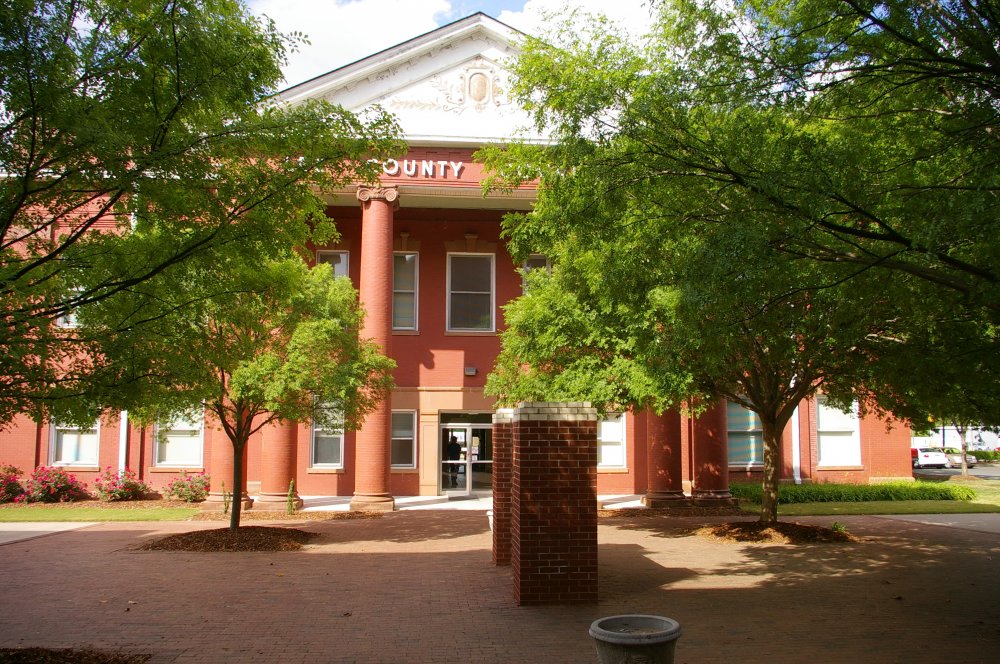 Description:  The building faces north and is a two red colored brick and concrete structure. The building is located on spacious landscaped grounds in the center of the city on the south side of the old courthouse.The north front has a wide portico with six red colored columns rising to a wide pediment at the roof line. The central entrance is framed with a buff colored stone. The roof is hipped. 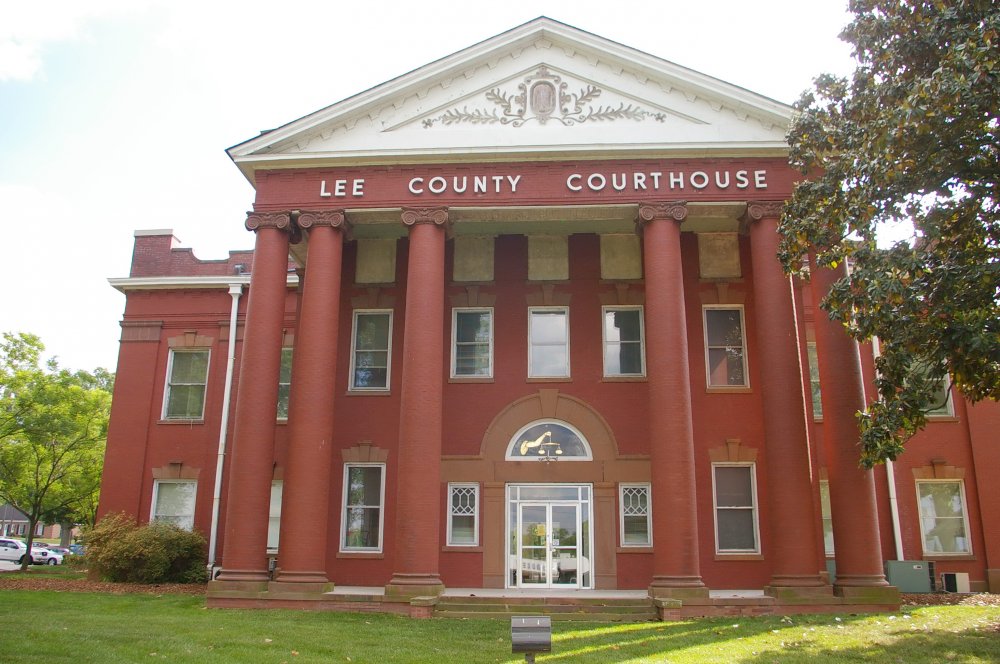 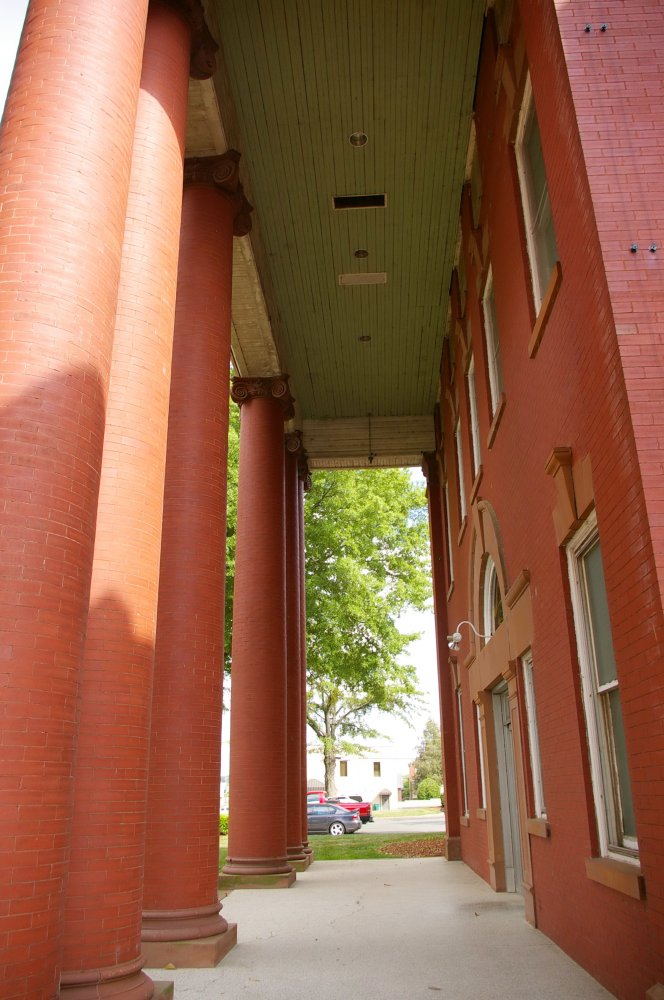 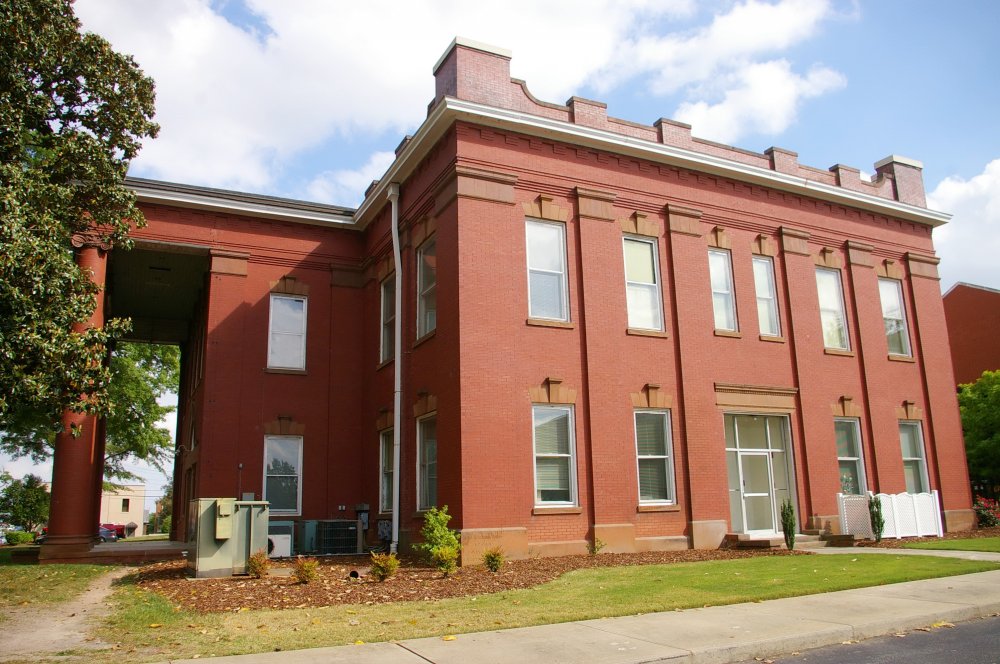 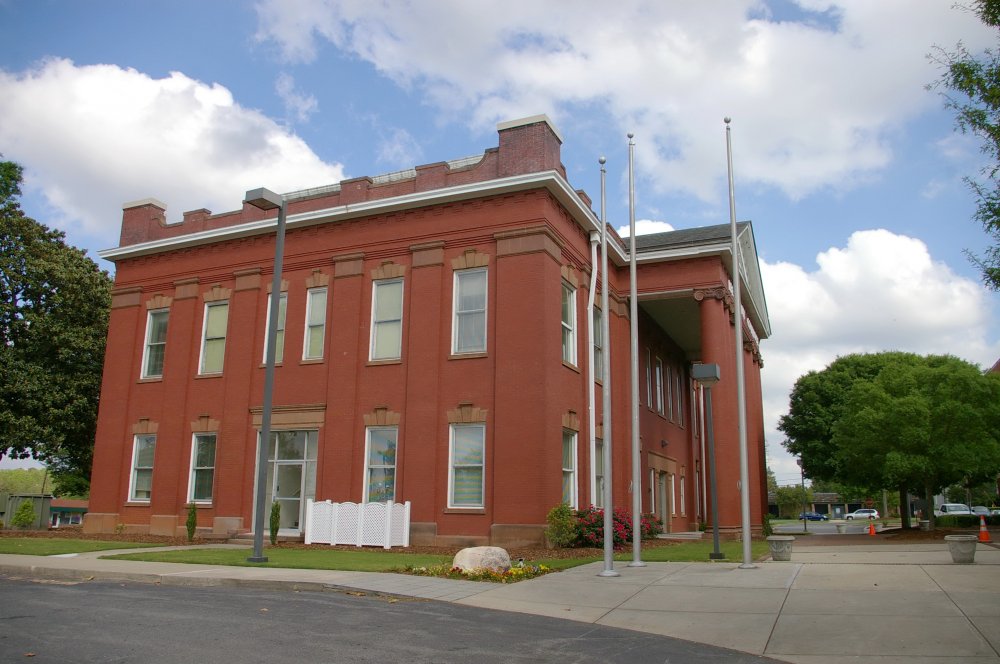 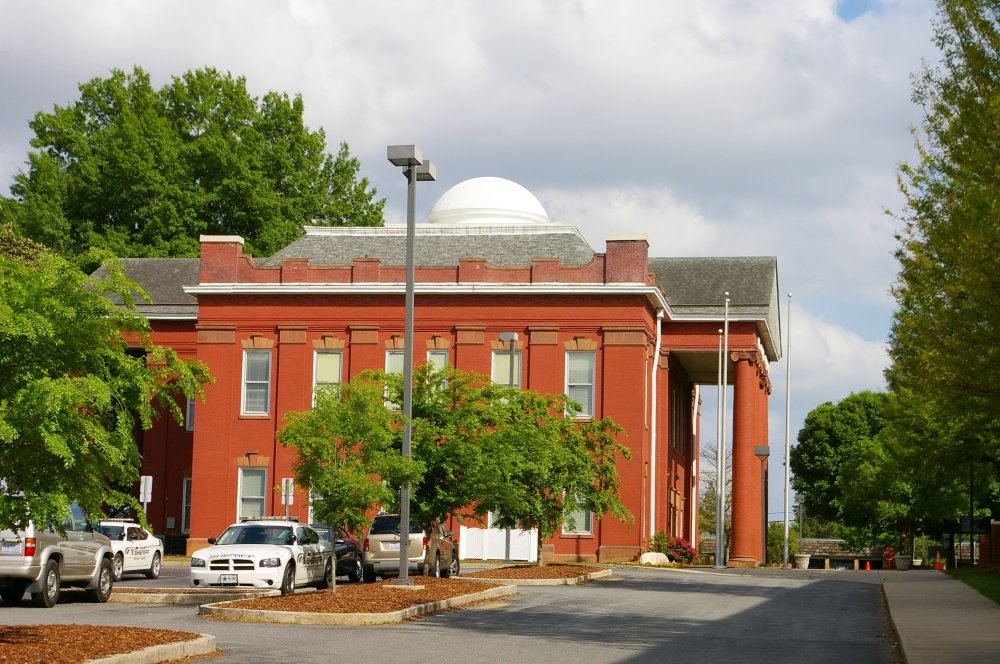 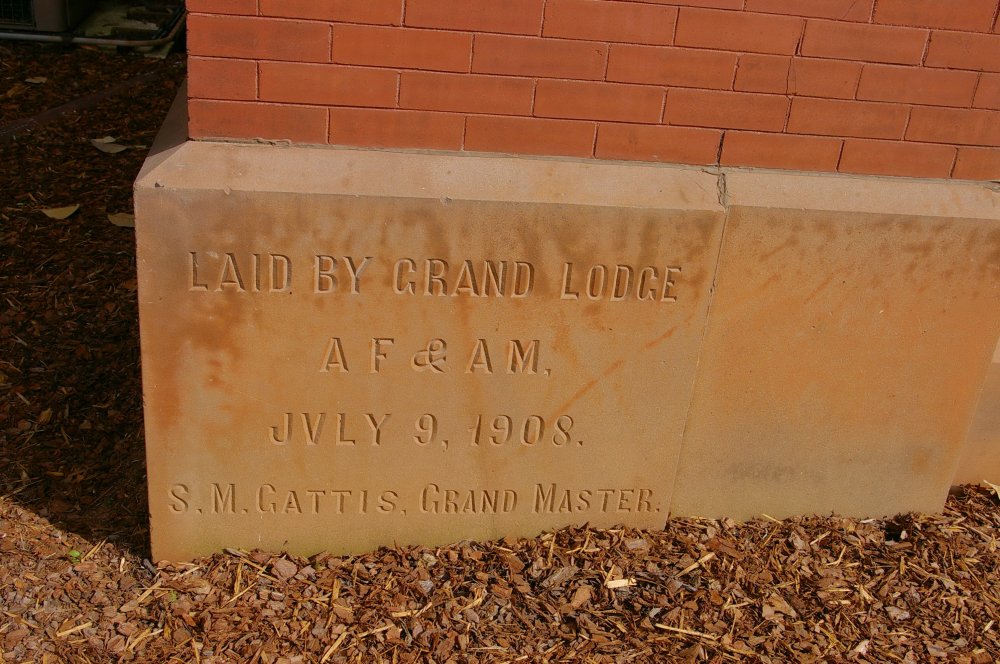 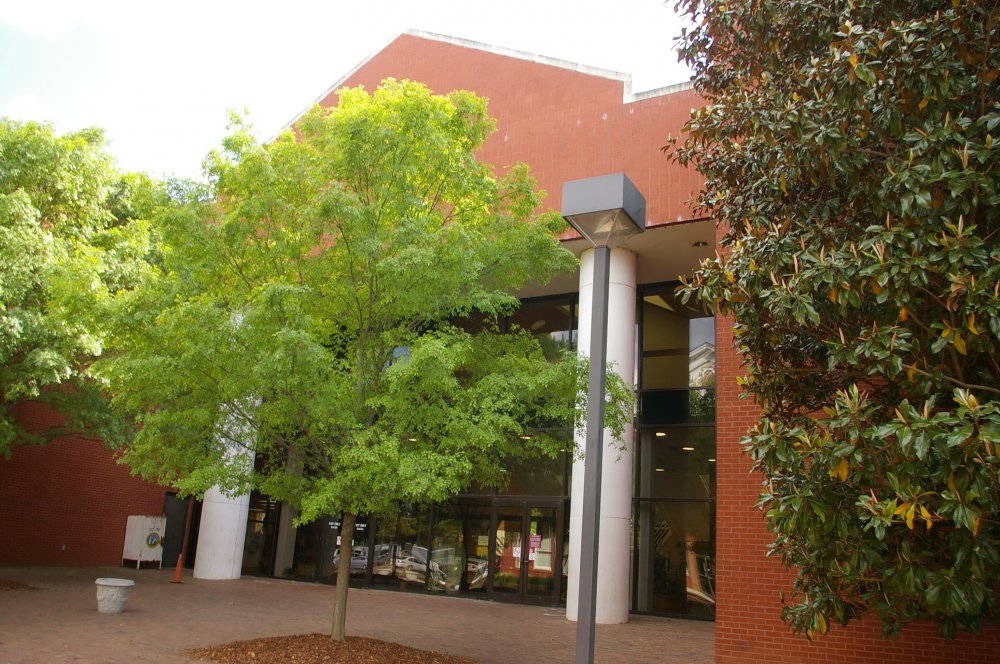 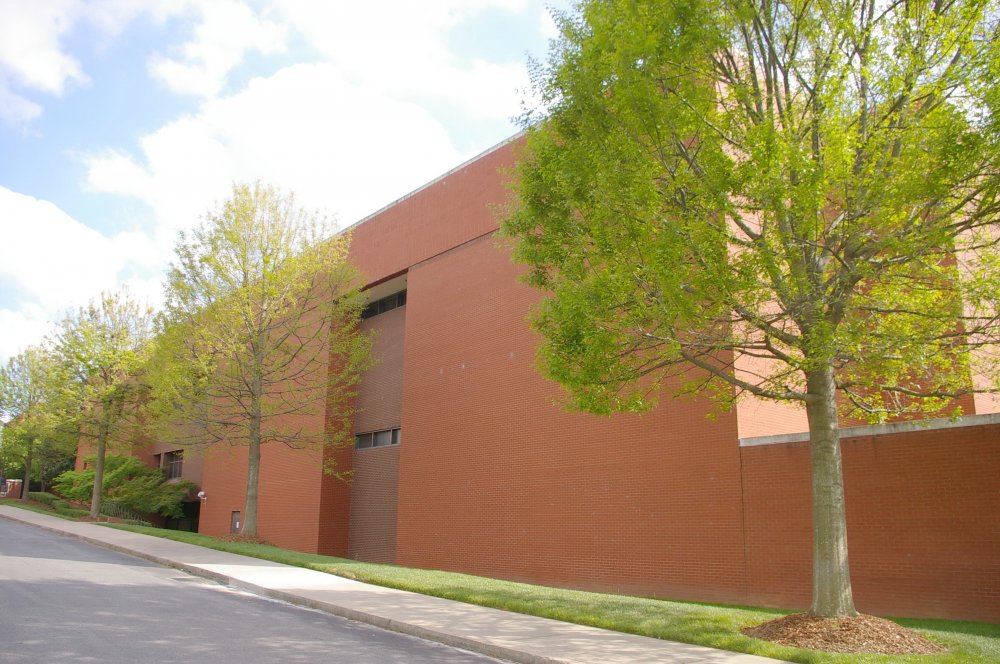 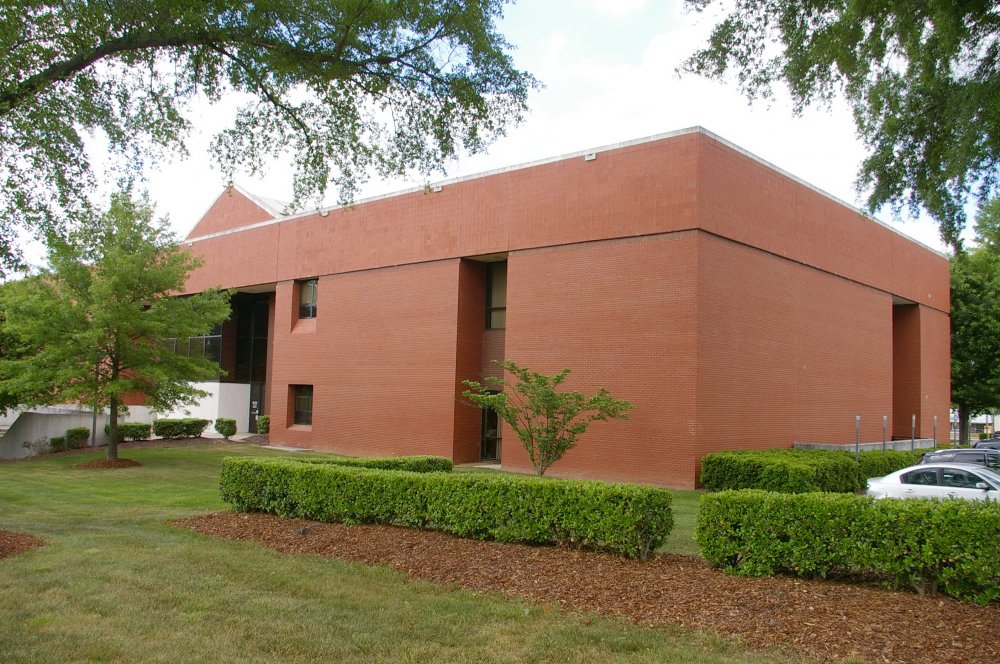 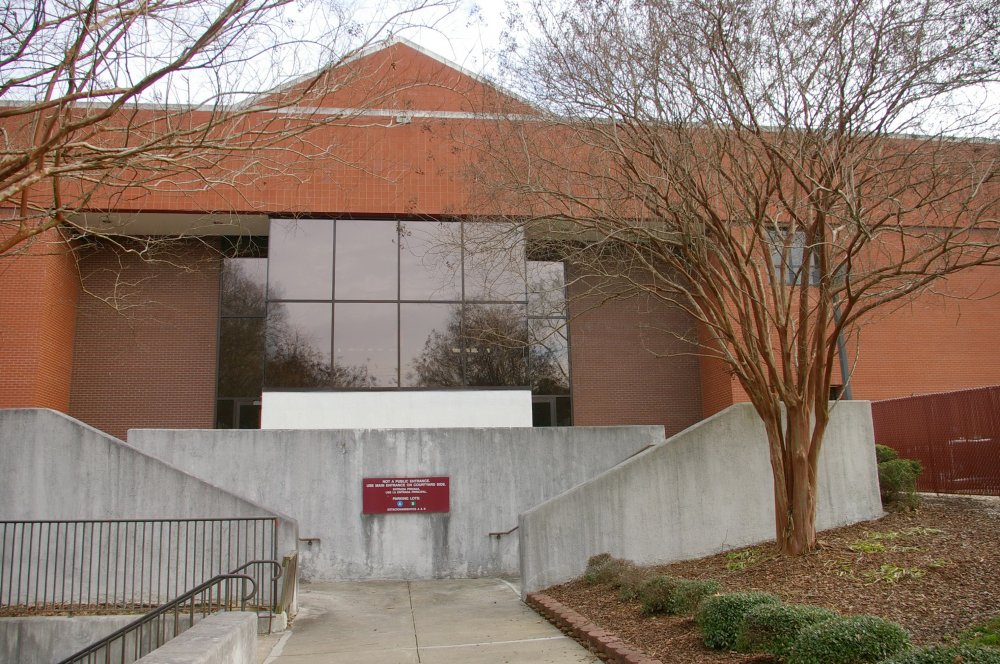 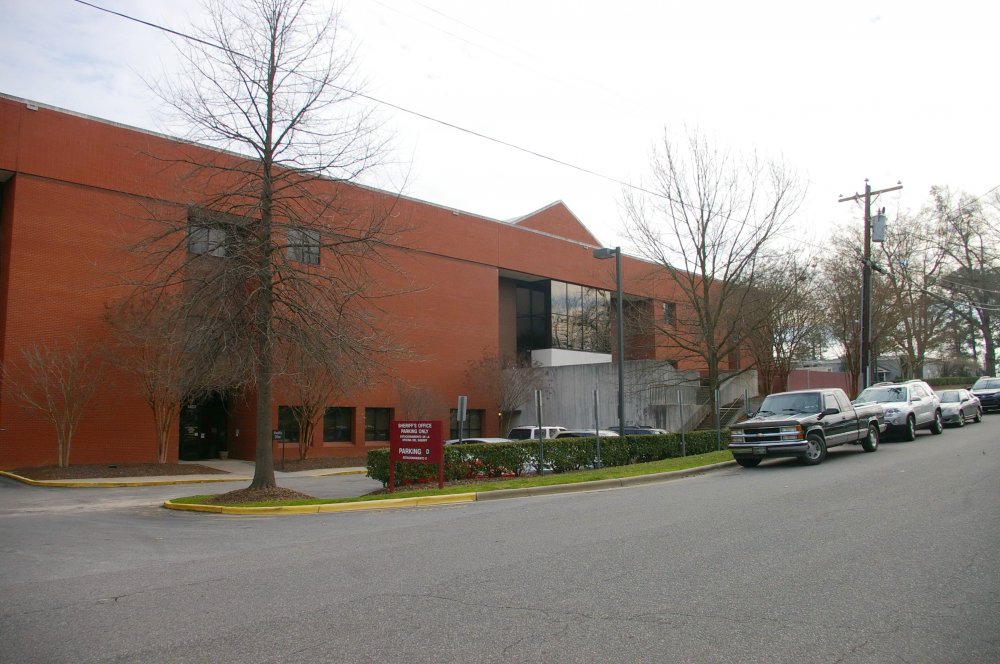 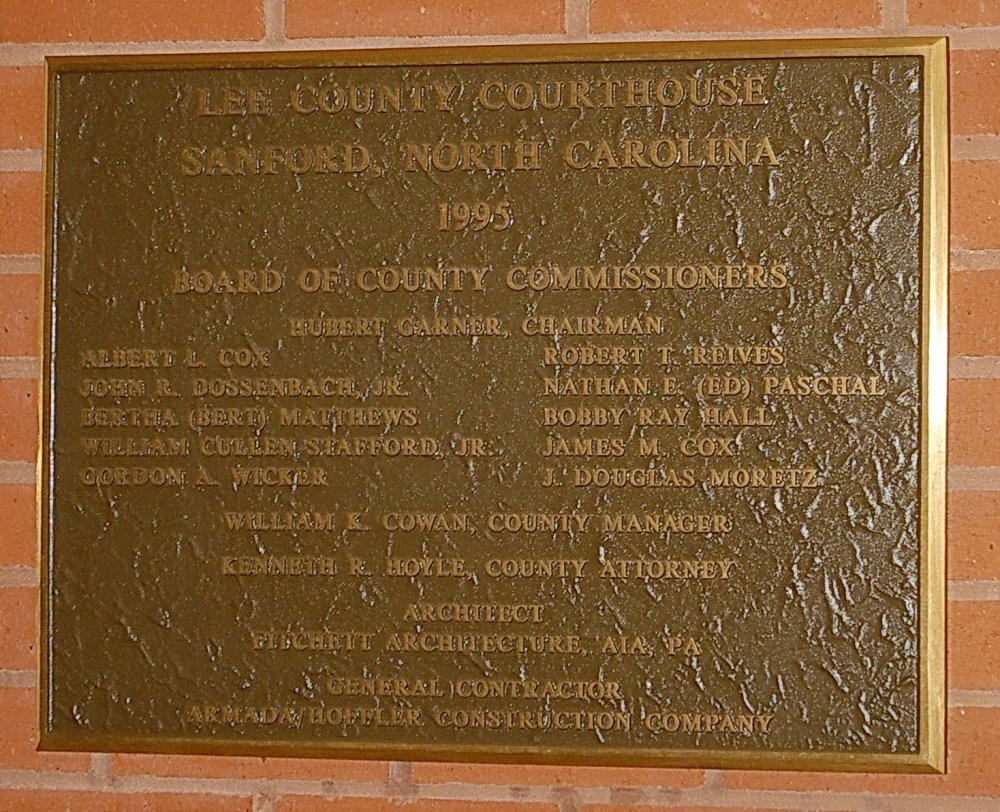 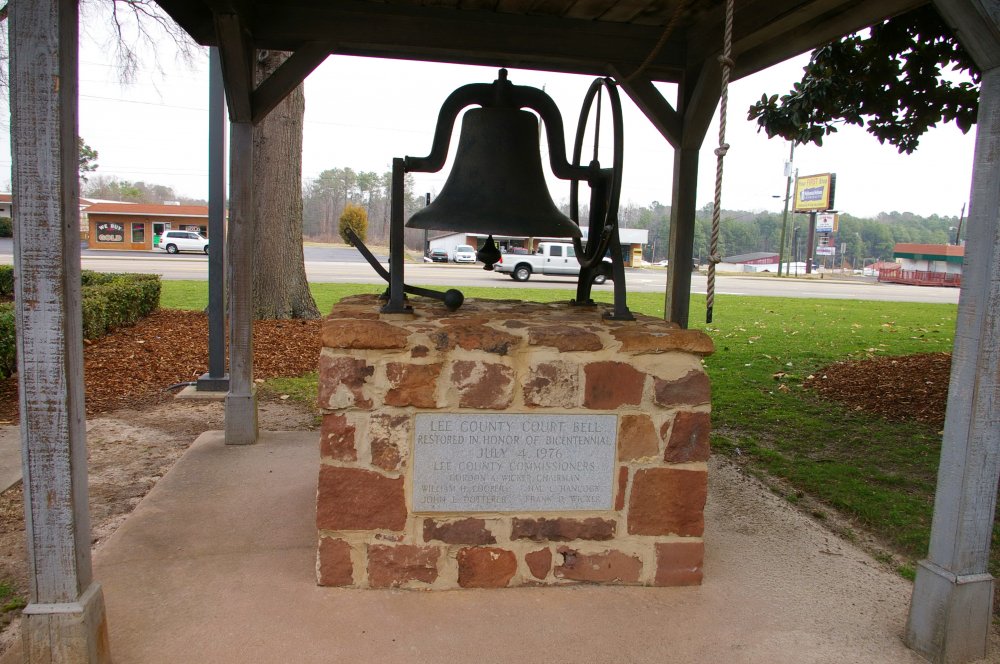