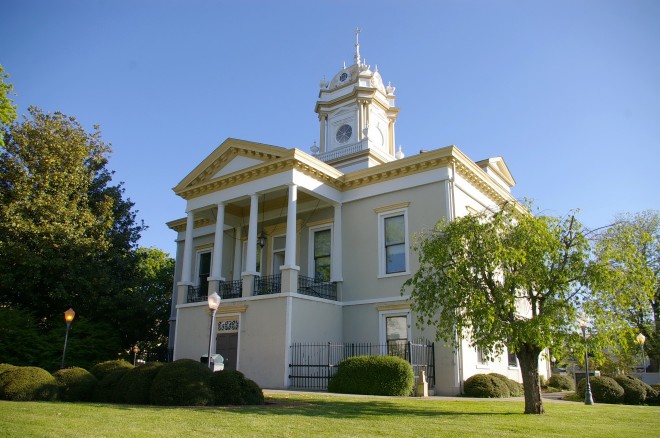 Burke County is named for Thomas Burke, who was a member of the Continental Congress and governor of North Carolina.

Description:  The building faces southwest and is a two story buff colored brick structure. The building is located on the spacious landscaped grounds of the Courthouse Square in the center of Morganton to the west of the courthouse and is constructed with locally cut stone. The southwest front has a portico on the second story with four thin Roman Doric columns rising to a pediment. On the center of the roof is a large cupola. In the interior, the building was originally a crucifix plan with four entrance. The walls are plaster over native stone. The floors are native stone and the ceilings are molded metal. The courtroom is located on the first story and the spectator gallery is on the second story. The building was remodeled in 1901. The architect was Frank Milburn. The building now houses a museum.

Note:  From 1848 to 1861, the North Carolina Supreme Court held its August sessions in Morganton as the climate was better than in Raleigh. 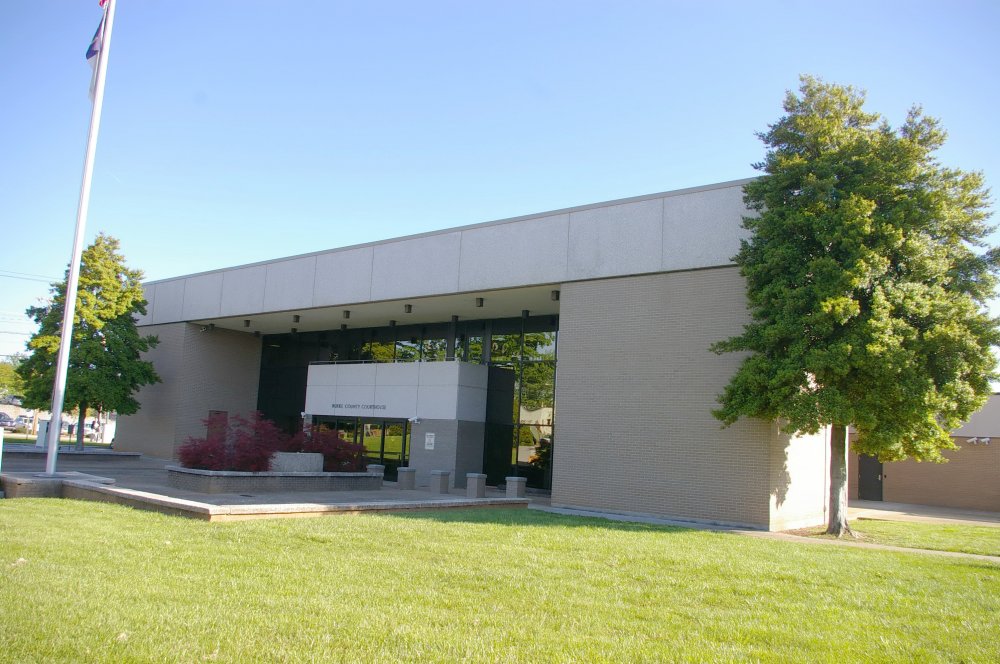 Description:  The building faces southwest and is a one story buff colored brick, concrete and glass structure. The building is located on landscaped grounds in the center of Morganton. The southwest front has a recessed center section with glass wall and projecting central entrance with glass doors. A wide concrete band runs below the flat roof line. The building descends a slope on the northeast side. The building houses the County Superior Court and County District Court of the 25th Judicial District. 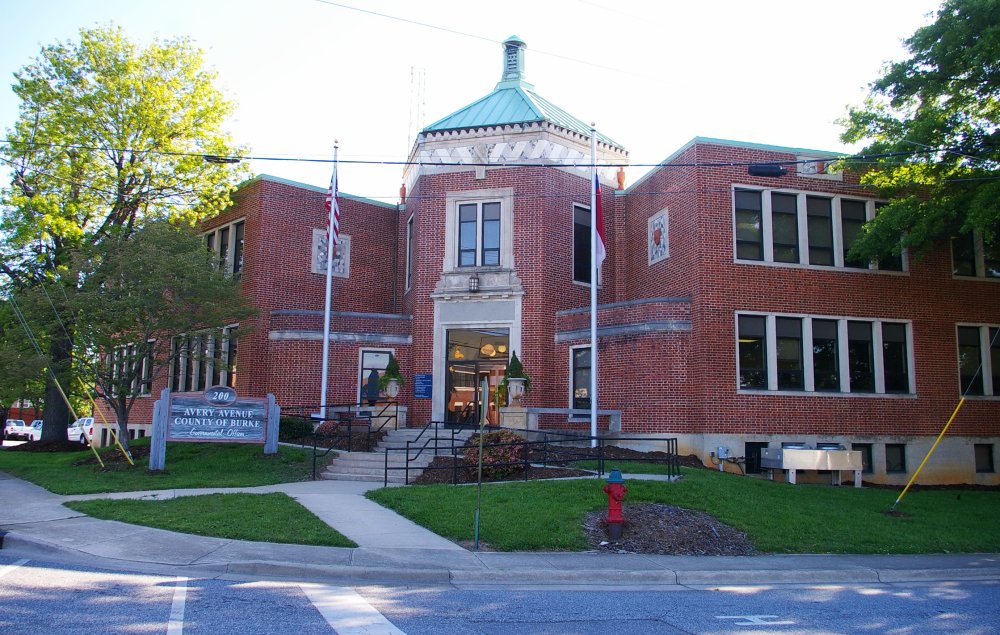 Description:  The building faces west and is a two story red colored brick and concrete School style structure. The building is located on landscaped grounds in the center of Morganton to the north of the courthouse. An unusual polygonal center section features a pyramidal roof covered in mission tile and topped by a small belfry. This section is flanked by symmetrical flat roofed wings. Ornamentation on the building is highly eclectic and difficult to categorize. The bands of windows in the wings are topped by centered panels of multi-colored mosaics and terra cotta heraldic symbols. Larger versions of those panels decorate the ends of the wings nearest the center section. Terra cotta urns punctuate the corners of the wing roofs. The building was used as a school until 1957 when it was converted to the Burke County Administration Building. 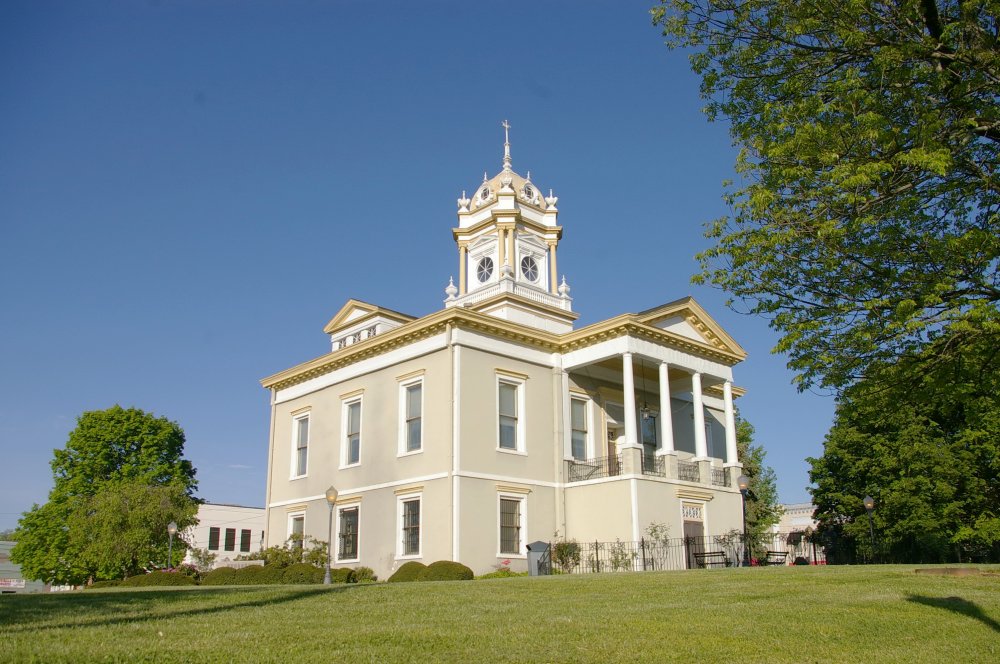 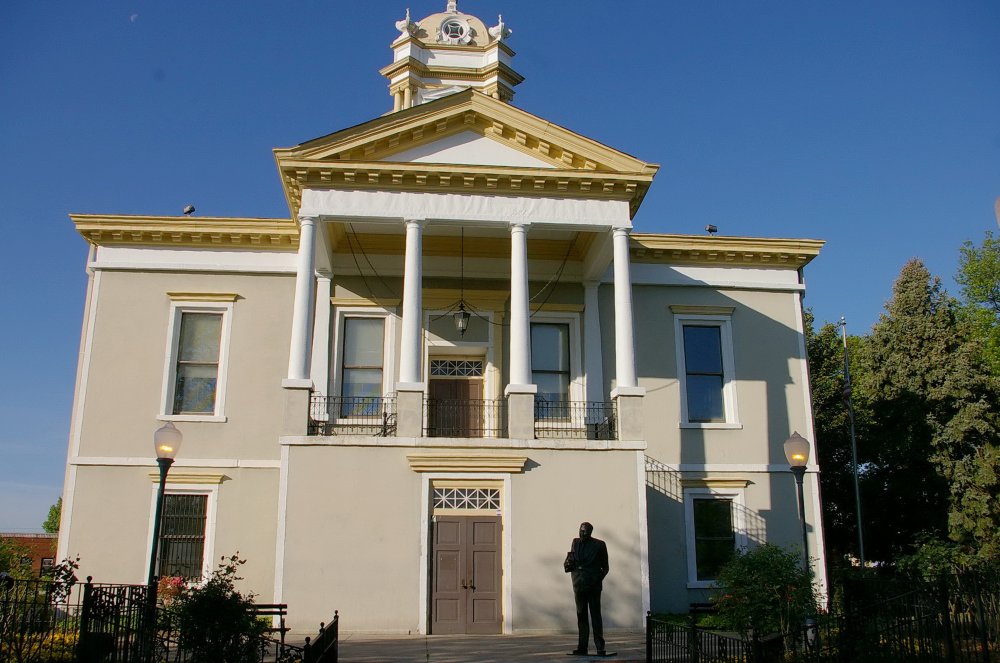 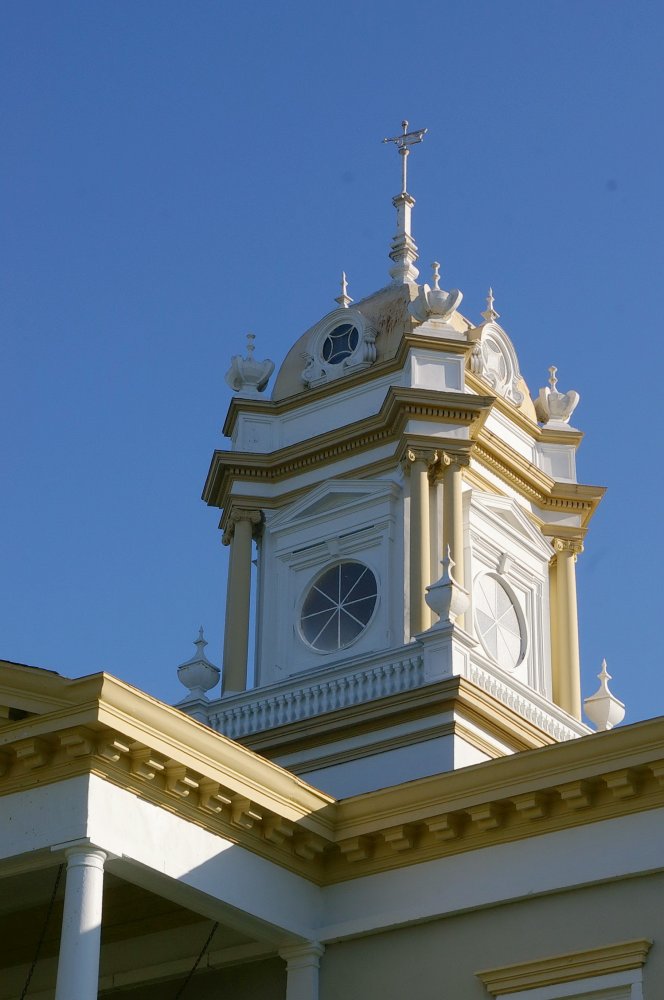 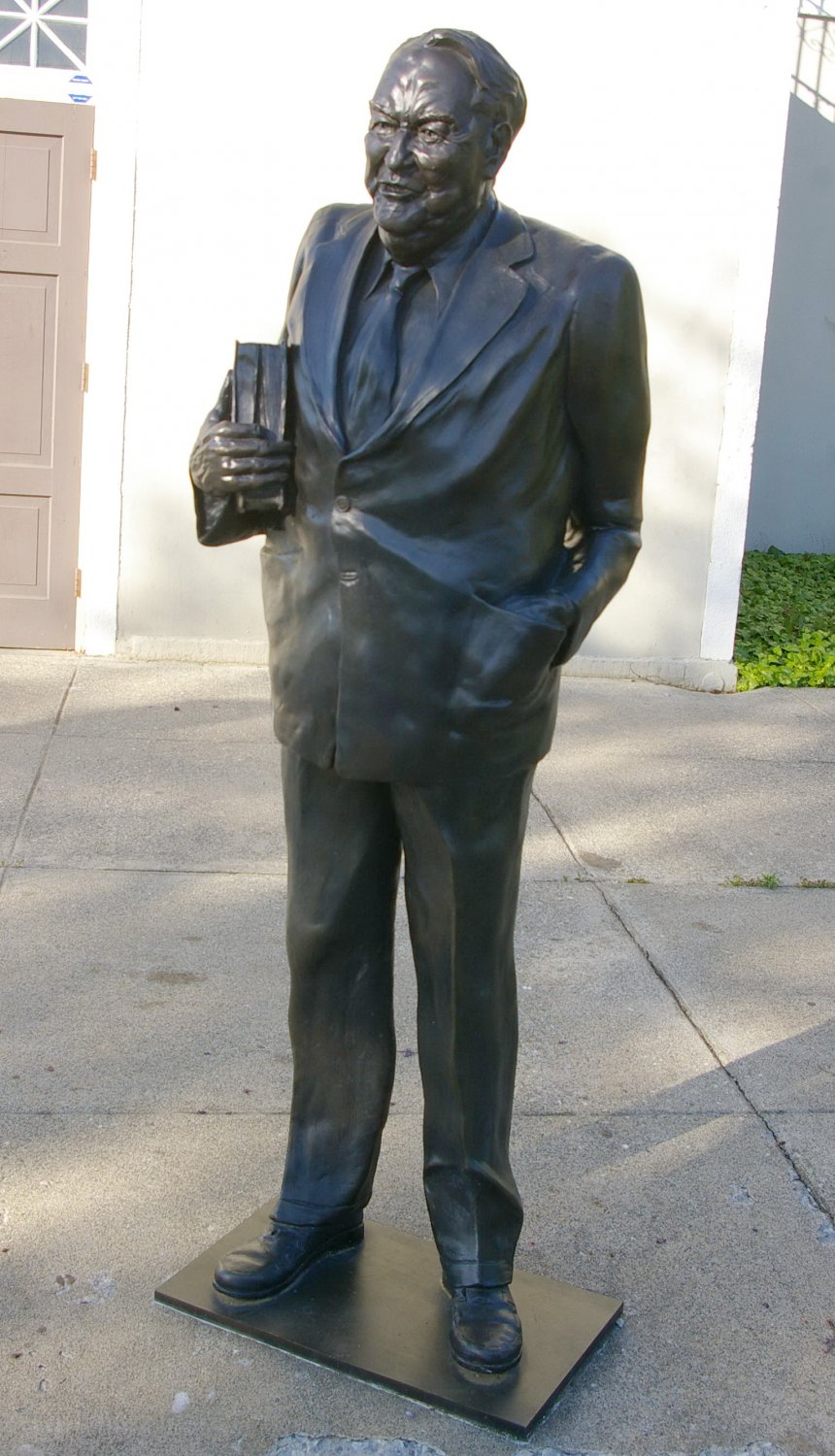 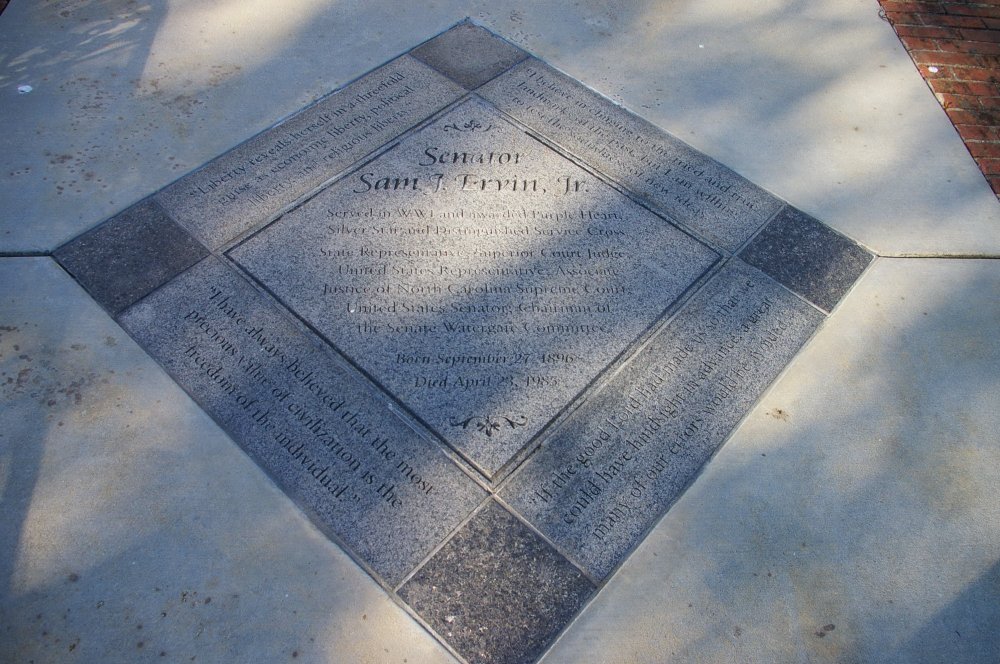 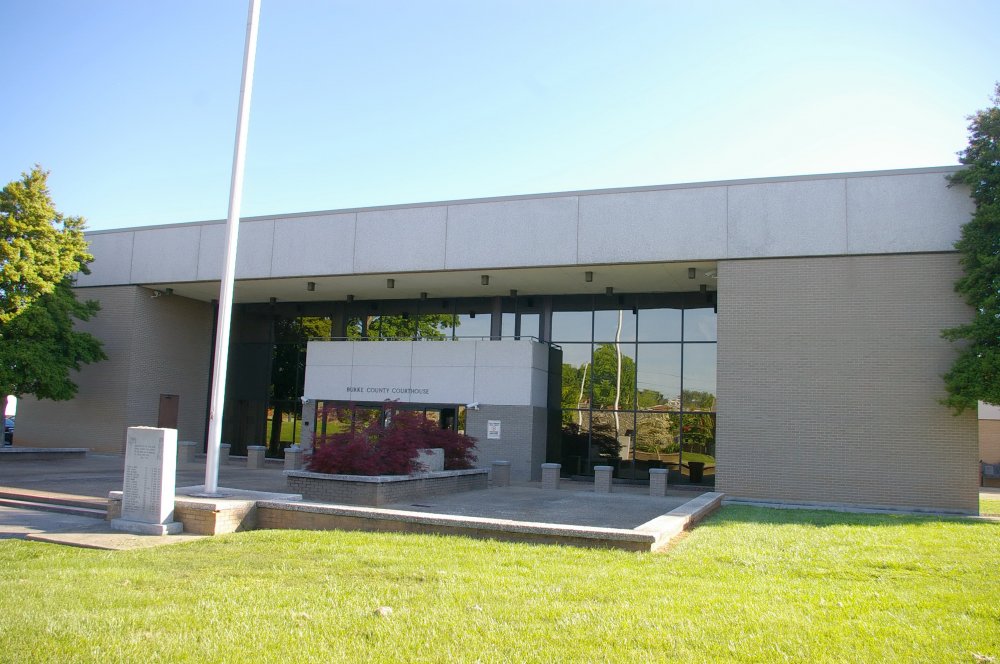 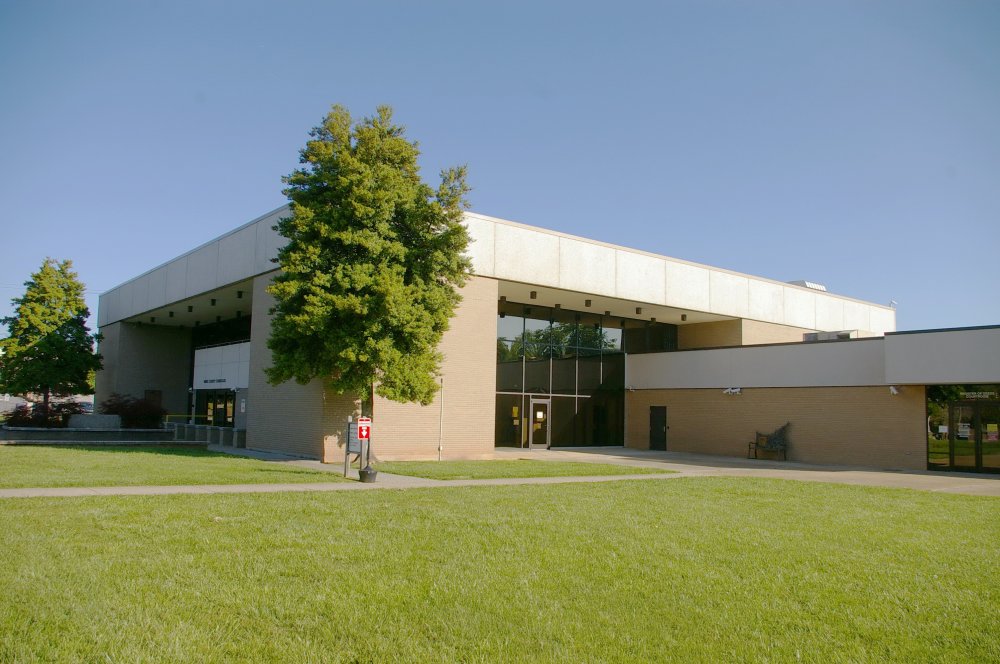 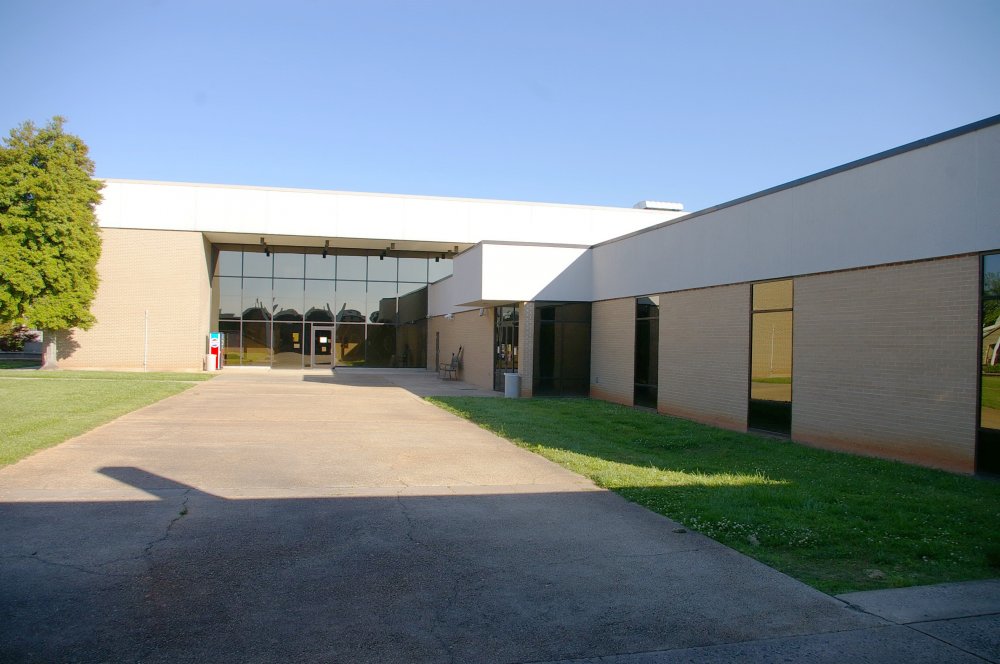 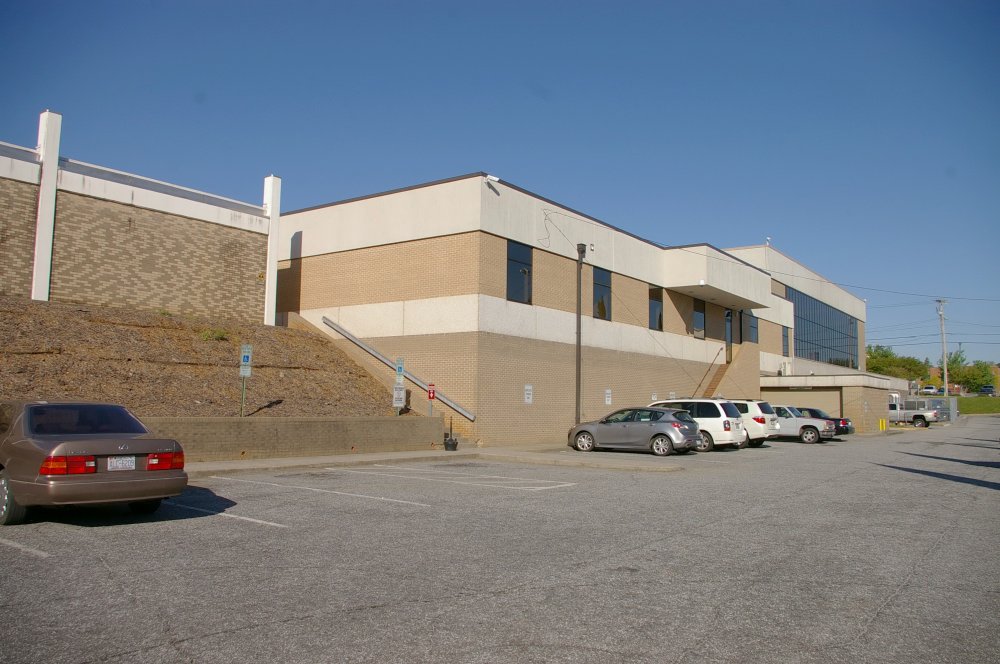 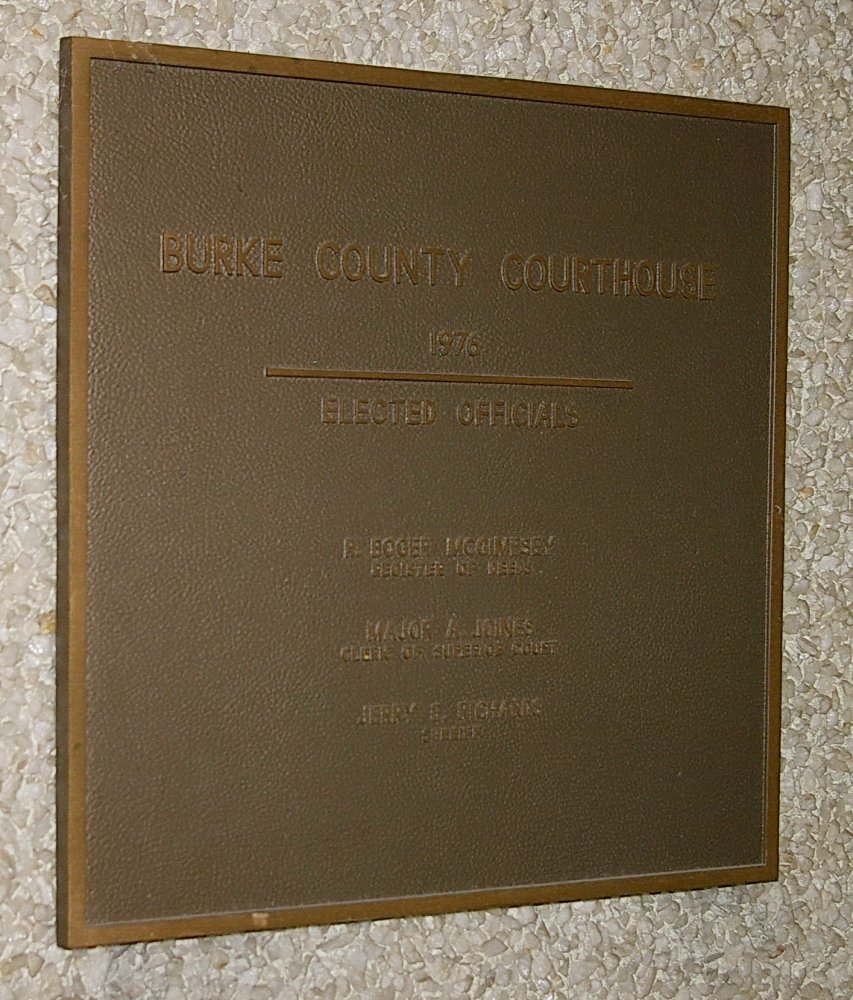 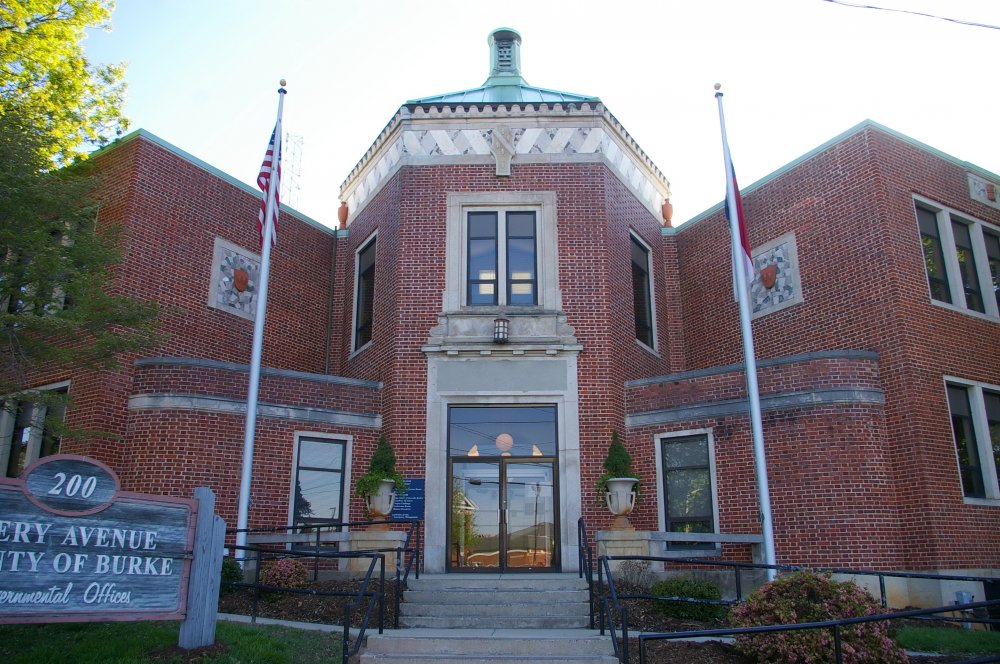