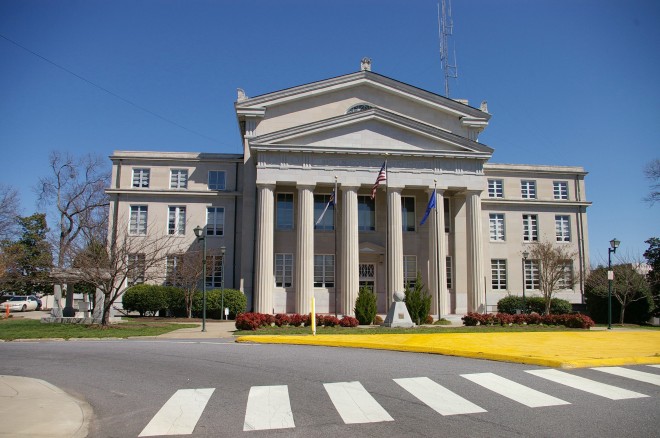 Lincoln County is named for Benjamin Lincoln, who was a major general during the American Revolutionary War who participated in the Siege of Yorktown and who lived from 1733 to 1810.

Description:  The building faces east and is a three story gray colored cut-stone masonry and concrete structure. The rectangular shaped building is located on the landscaped grounds of the courthouse circle in the center of Lincolnton. The building has a large portico on the east and west sides, supported by six large Doric columns rising to a pediment. A higher roof is behind and wings extend north and south. A projecting cornice runs between the second and third stories. In the interior, there is a cross hall plan with octagonal intersection, marble floors and baseboards and classical light fixtures on the first story. A dentil crown mold, bundled bay leaf bands and paneled pilasters with acanthus and palmette capitals decorate the halls, The courtroom is located on the second story. The building houses the County Superior Court and County District Court of the 27th Judicial District.The building was remodeled in 1985.

Description:  The building faces north and is a three story red colored brick and concrete structure. The rectangular shaped building is located on landscaped grounds on the east side of the center of Lincolnton. 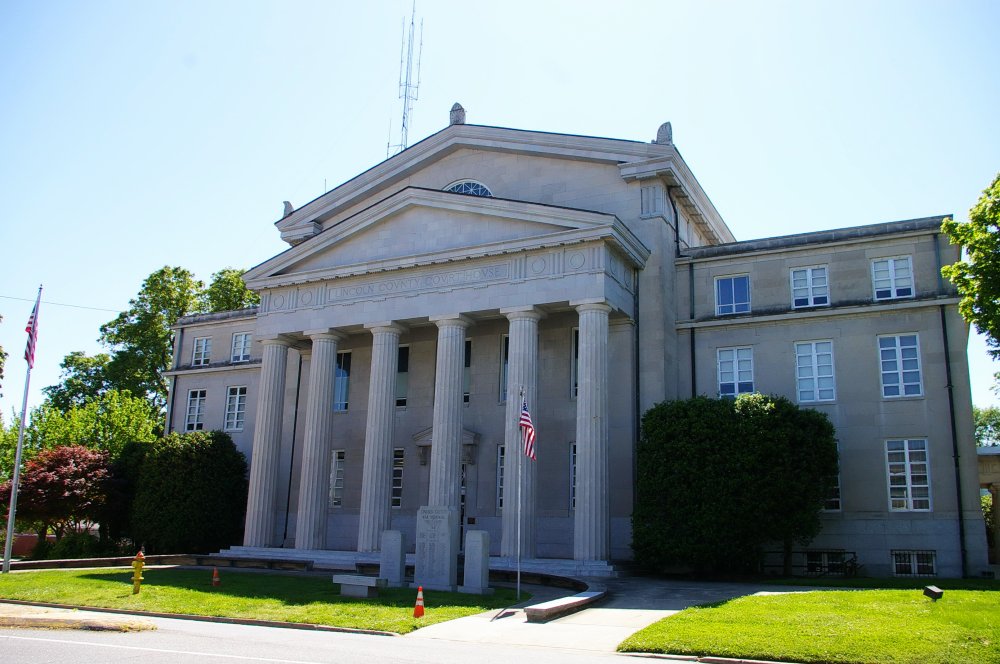 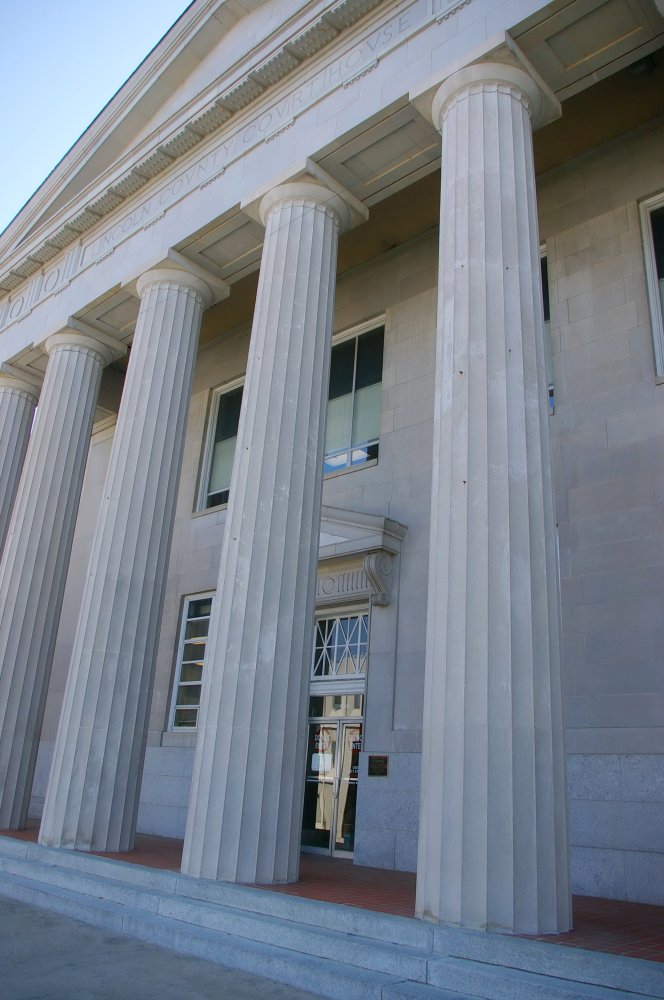 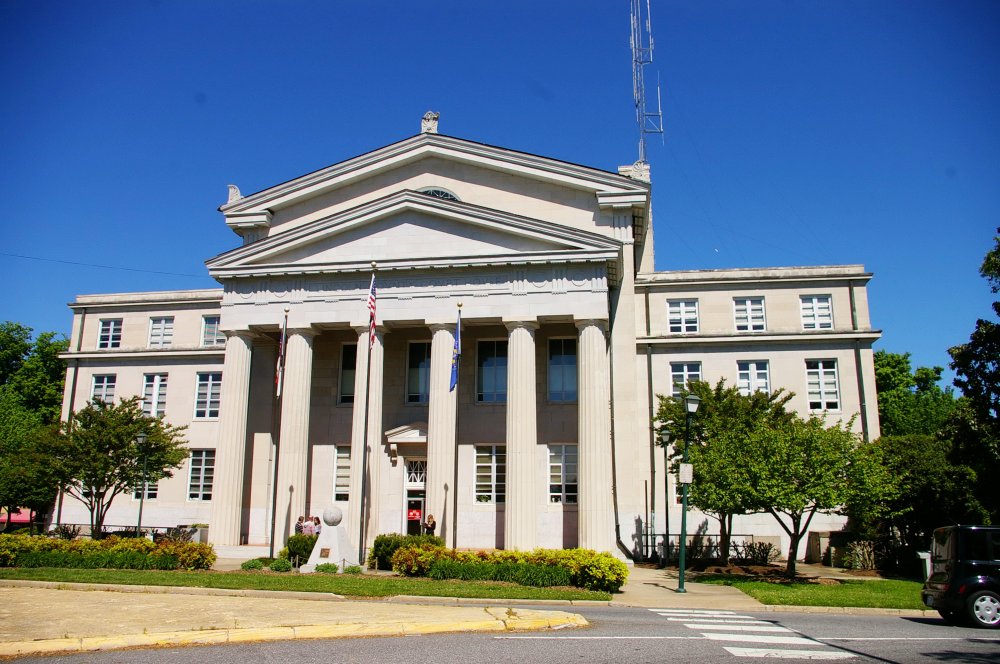 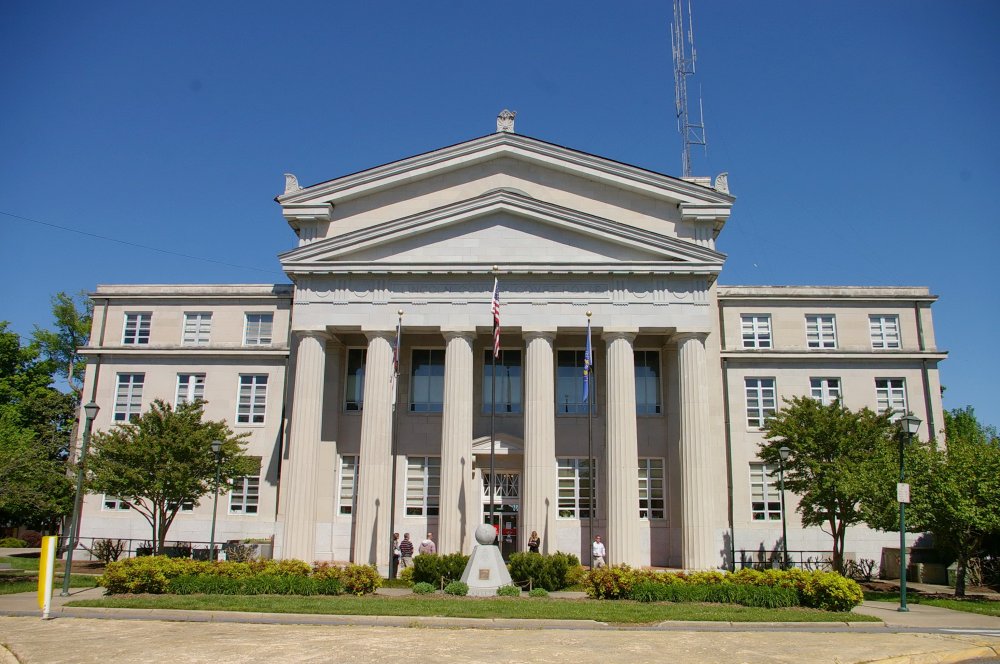 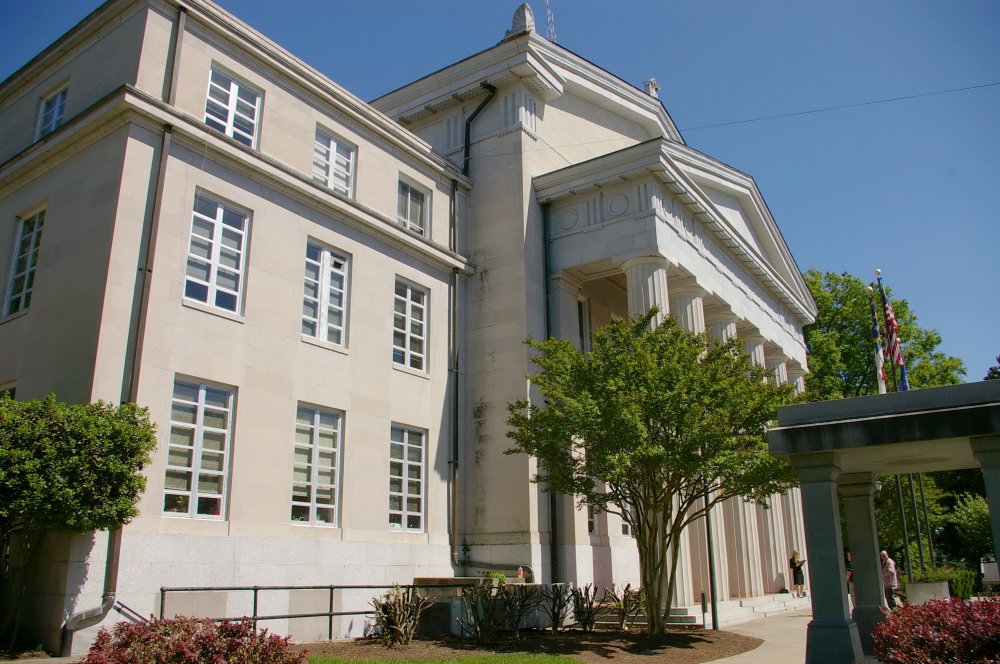 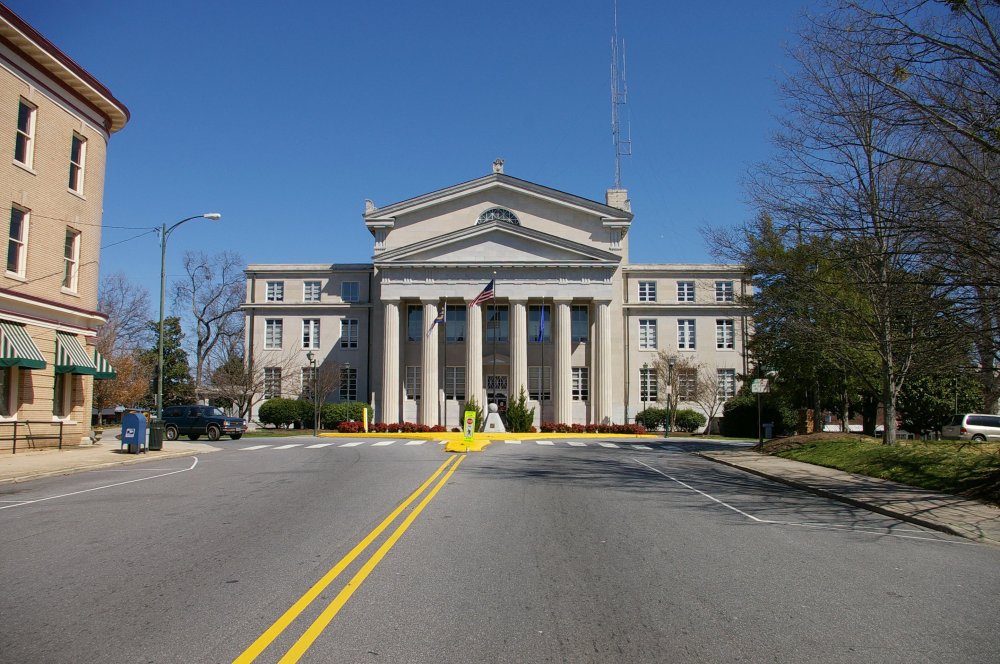 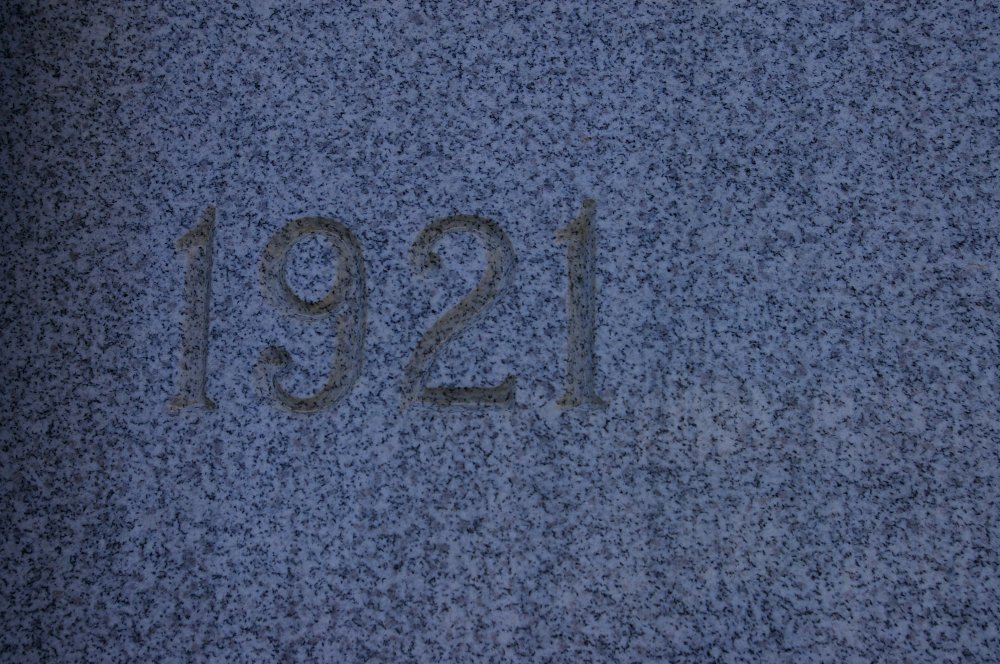