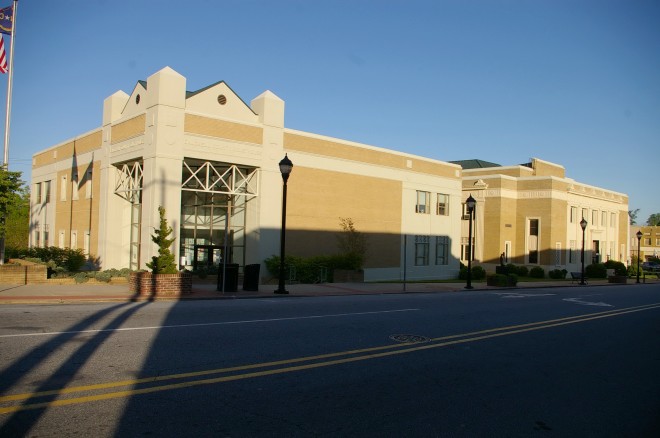 Caldwell County is named for Joseph Caldwell, who was the first president of the University of North Carolina.

Contractor:  William A Otter and E A Poe

Description:  The building faces southwest and is a two and three story buff colored brick, marble and concrete structure. The building is located in the center of Lenoir. The front of the building projects and has a central entrance. A wide belts runs along the top of the second story windows. Fluted stone pilasters flank the doors and windows of the central five bays of the seven-bay façade and carry a Doric frieze. Tripartite windows on the façade are surmounted by transoms with geometric metal screens at the first story level. The roof line is flat. In the interior, the courtroom is located on the second story. The building houses the County Superior Court and County District Court of the 25th Judicial District. The building was encapsulated in the 1928 to 1929 remodeled structure. The architect was Martin Luther Hampton of Miami, Florida and the contractor was Hartley & Smith. A skywalk connects the 1929 block of the courthouse to the 1962 sheriff’s department and jail on the east side of Mulberry Street. An addition containing courtrooms was constructed at the north side in 1990 to make the two buildings appear as one. The northwest entrance has an open portico with glass walls. The architect was Northwest Associates, Architects and Harwood Beebe Company, Inc. and the contractor was Wilkie Construction Company, Inc. 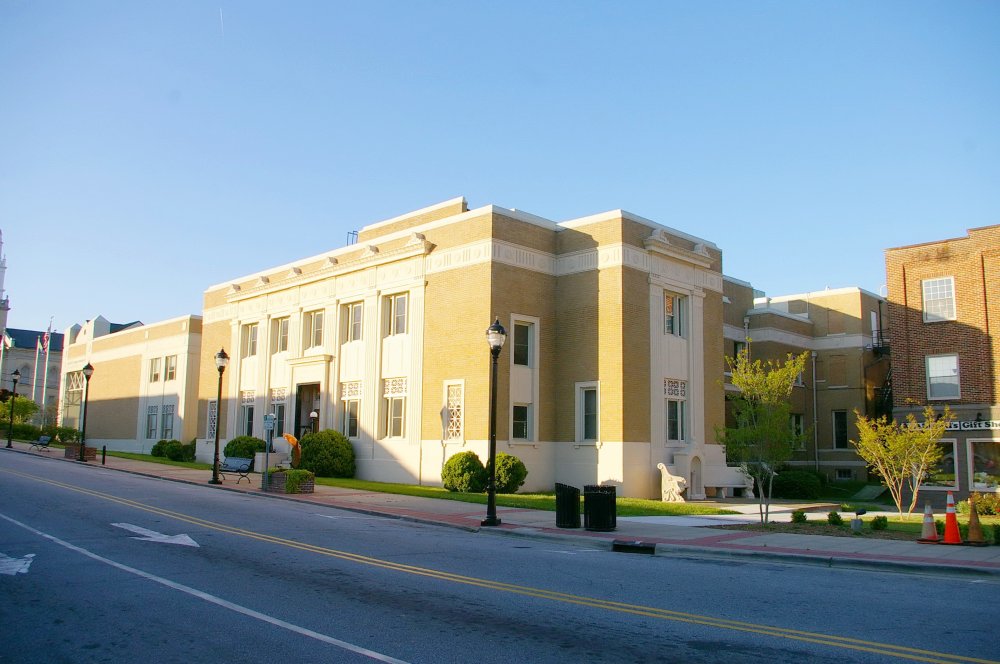 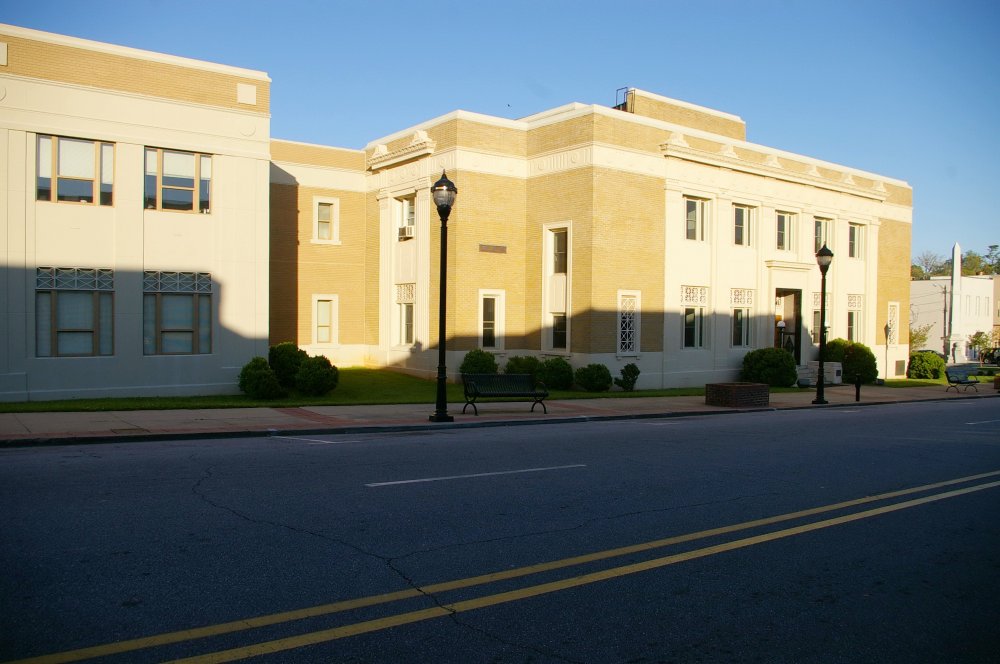 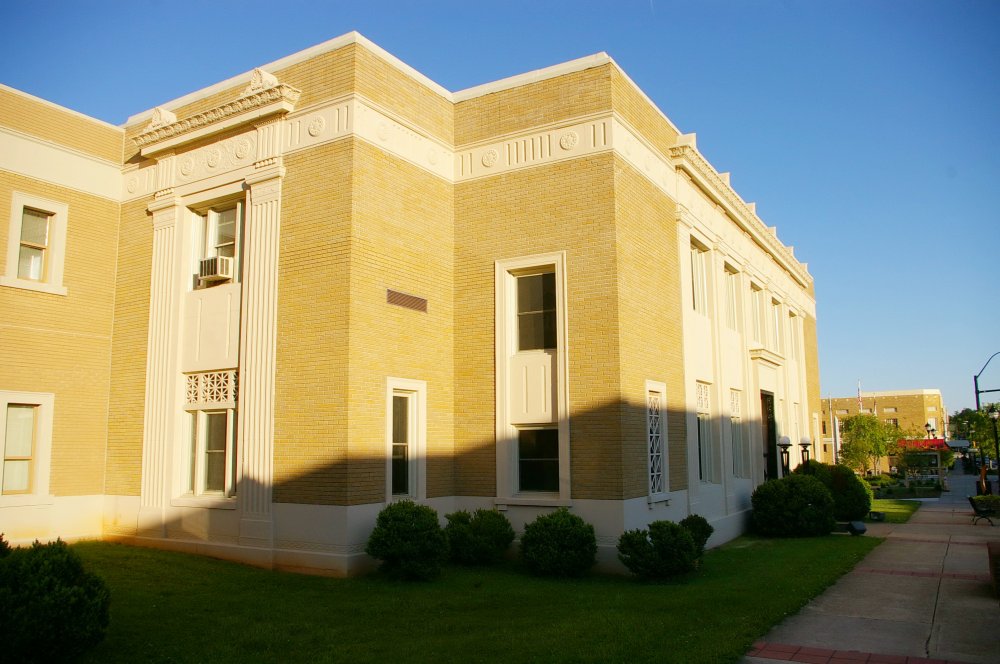 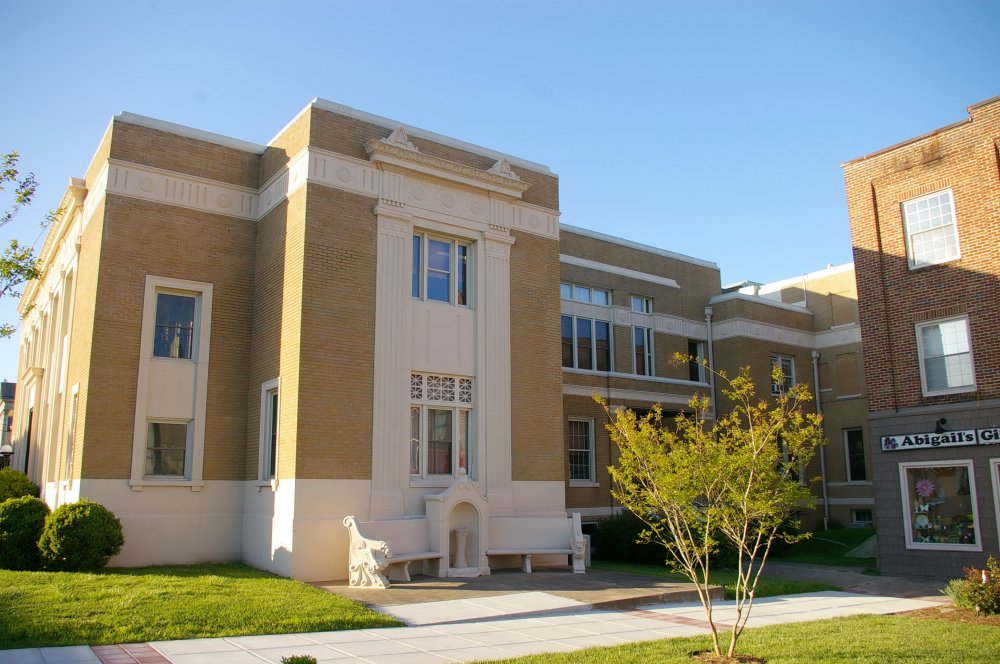 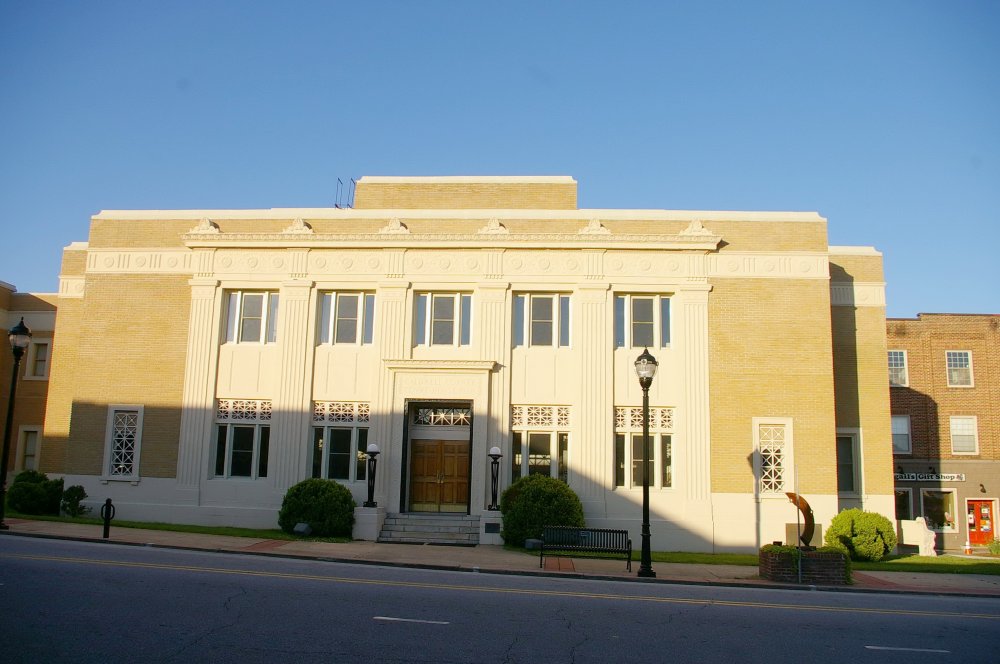 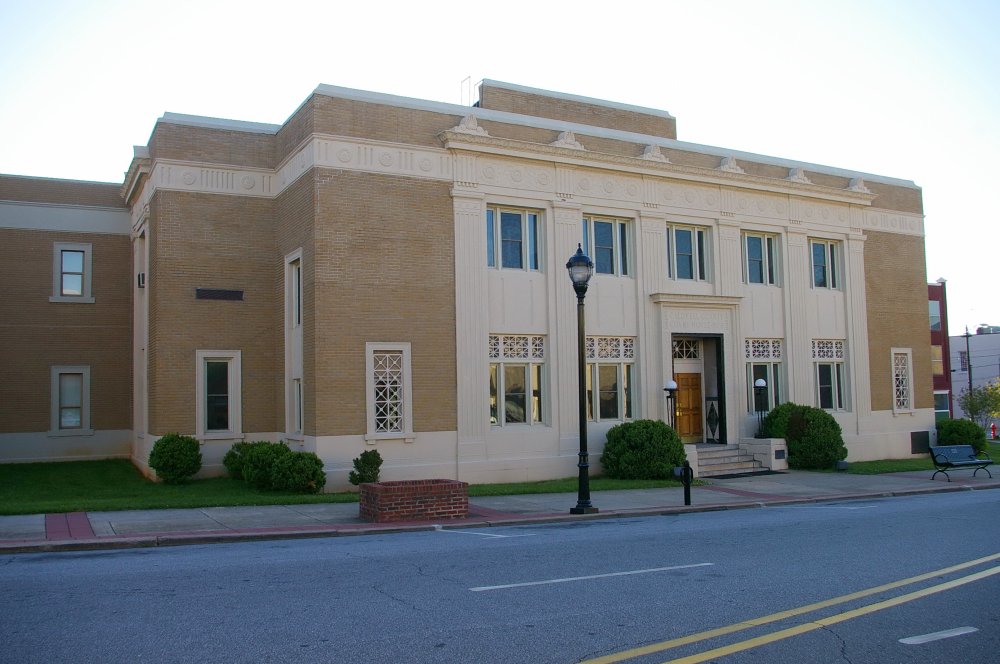 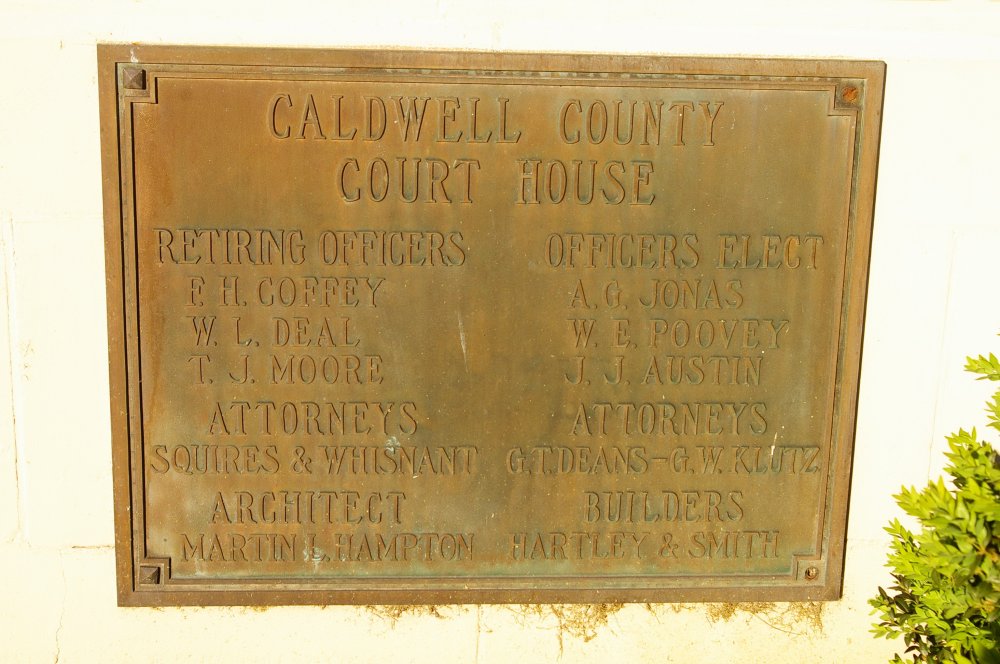 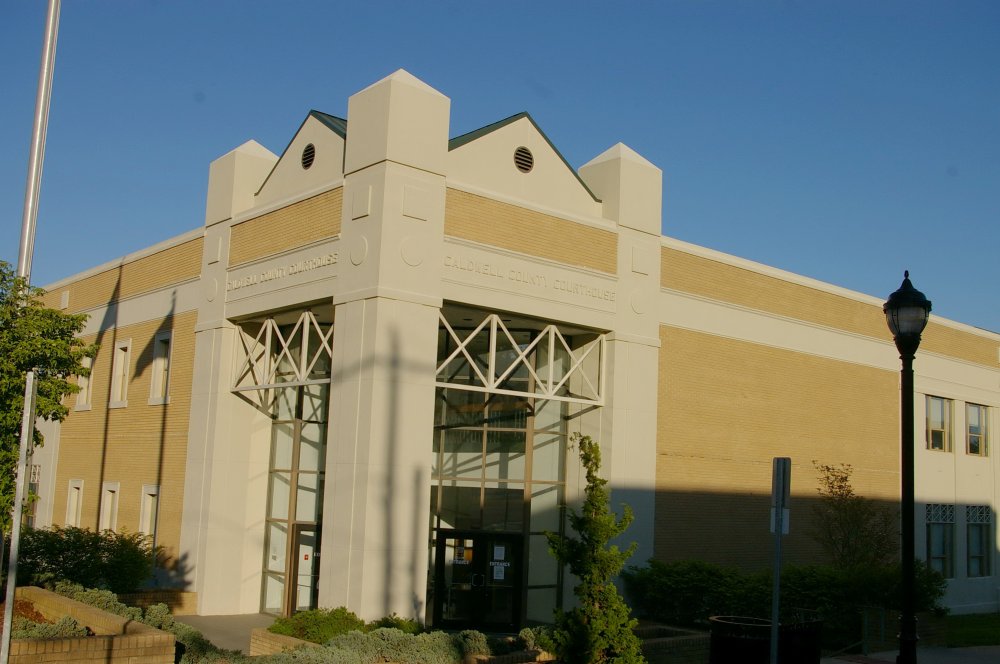 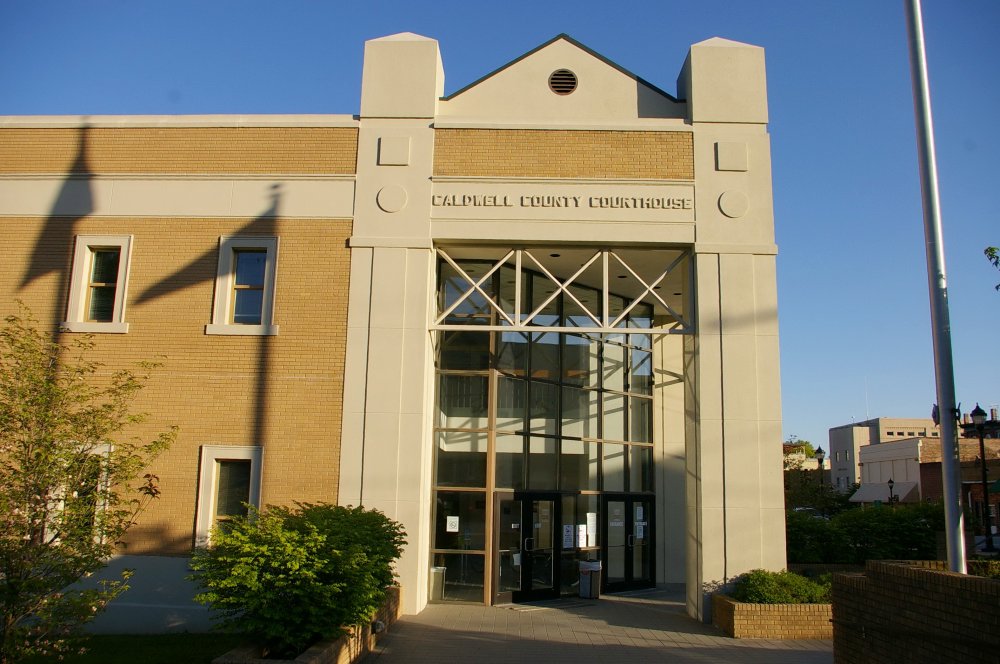