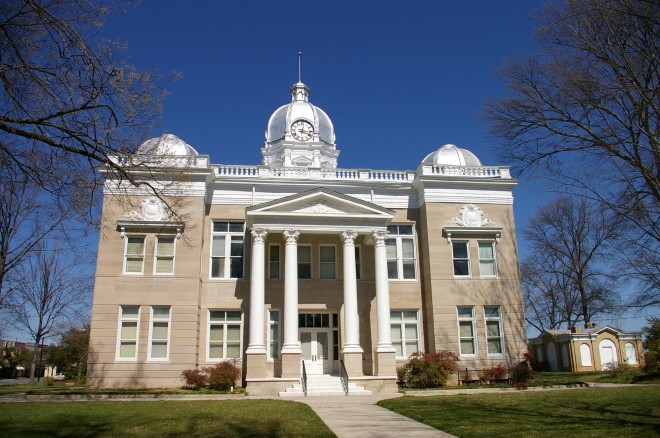 Cleveland County is named for Benjamin Cleveland, who was a colonel in the American Revolutionary War, who took part in the Battle of Kings Mountain and who lived from 1738 to 1806.

Description:  The building faces west and is a two story light colored stone and concrete structure. The rectangular shaped building is located on the landscaped grounds of the Courthouse Square in the center of Shelby to the northwest of the courthouse. The building has a large portico on each side supported by four large white colored columns rising to a pediment at the roof line. There is a square tower at each corner with silver colored domes and balustrade. On the center of the roof is an octagonal white colored dome with clock and silver colored roof. The building is now a Historical Museum. 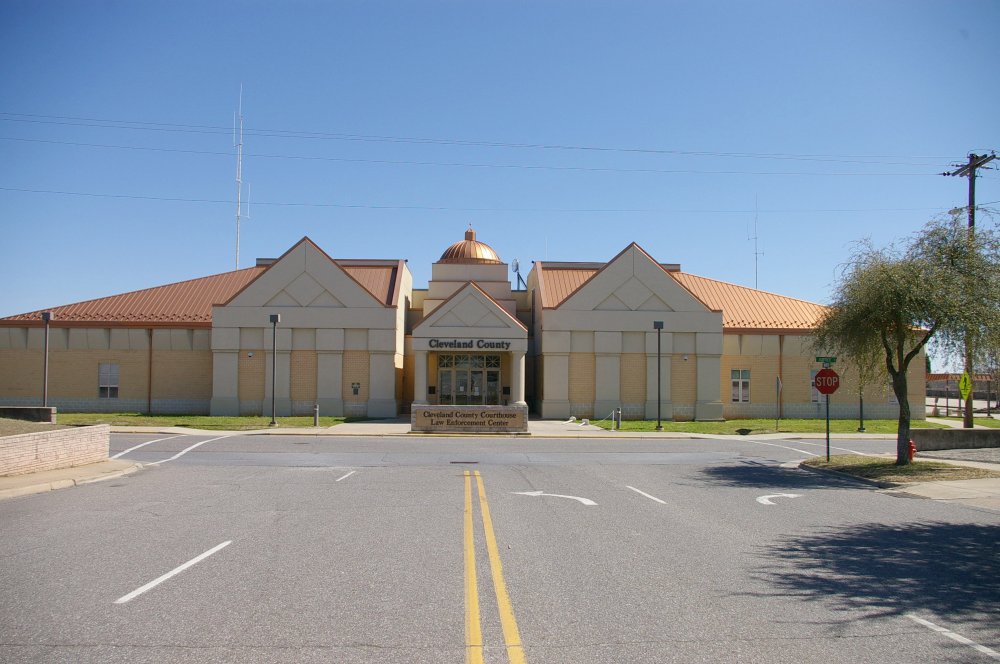 Description:  The building faces west and is a one story buff colored brick and concrete structure. The building is located on landscaped grounds in the center of Shelby. The main entrance has a small portico supported by two columns and a recessed glass doorway. The building rises into a peaked roof on either side of the entrance. Behind the entrance is a flat copper dome. The red colored tile roof extends to the north and south over the extended wings. The building houses the County Superior Court and County District Court of the 27th Judicial District. The building was remodeled in 1992. The architect was Martin Boal Anthony & Johnson and the contractor was Beam Construction Company. 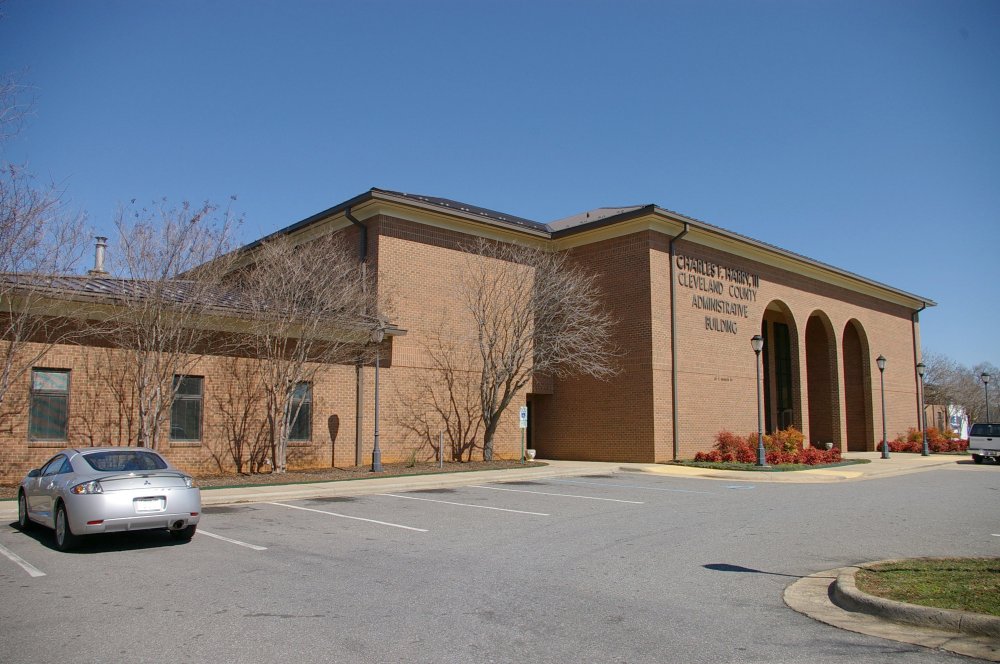 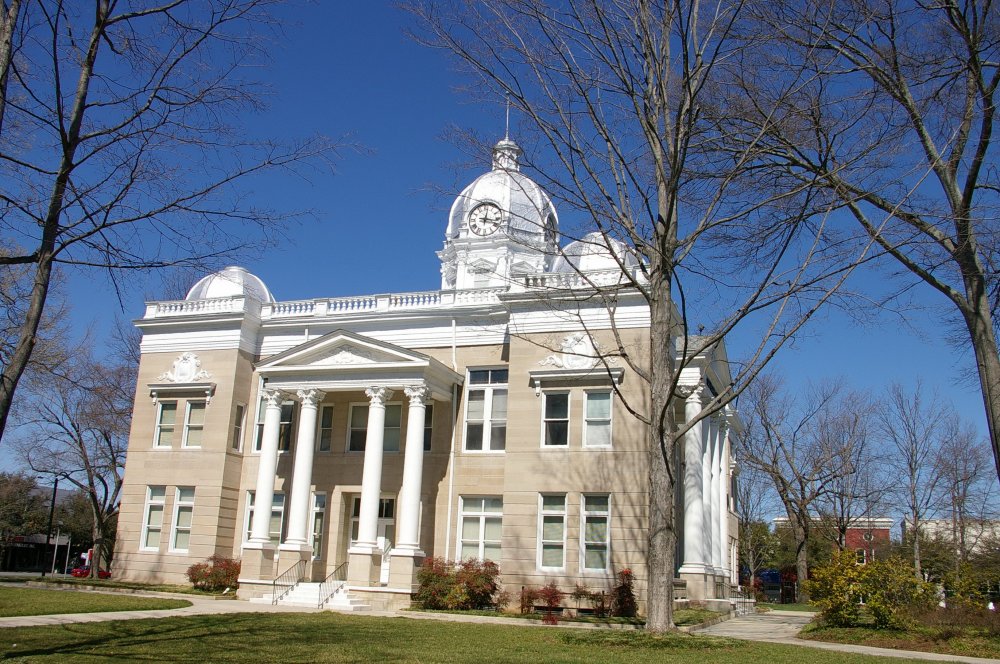 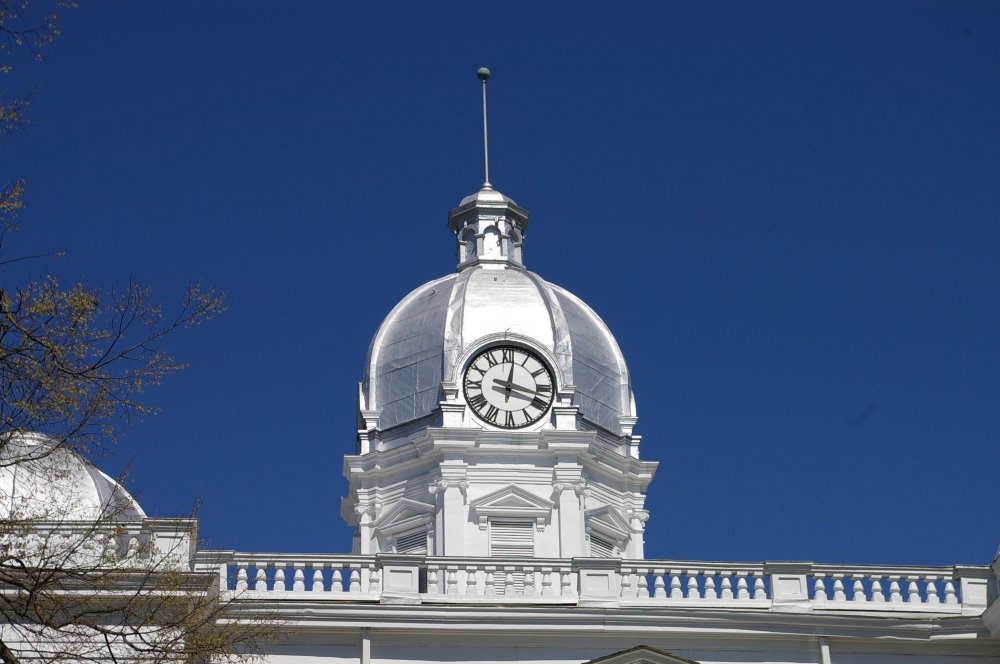 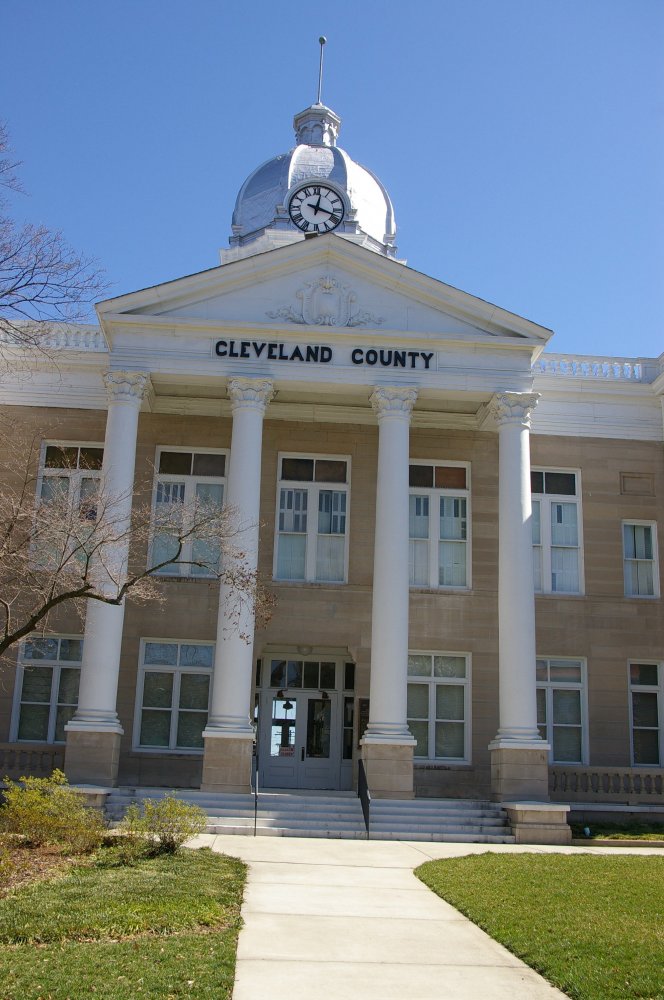 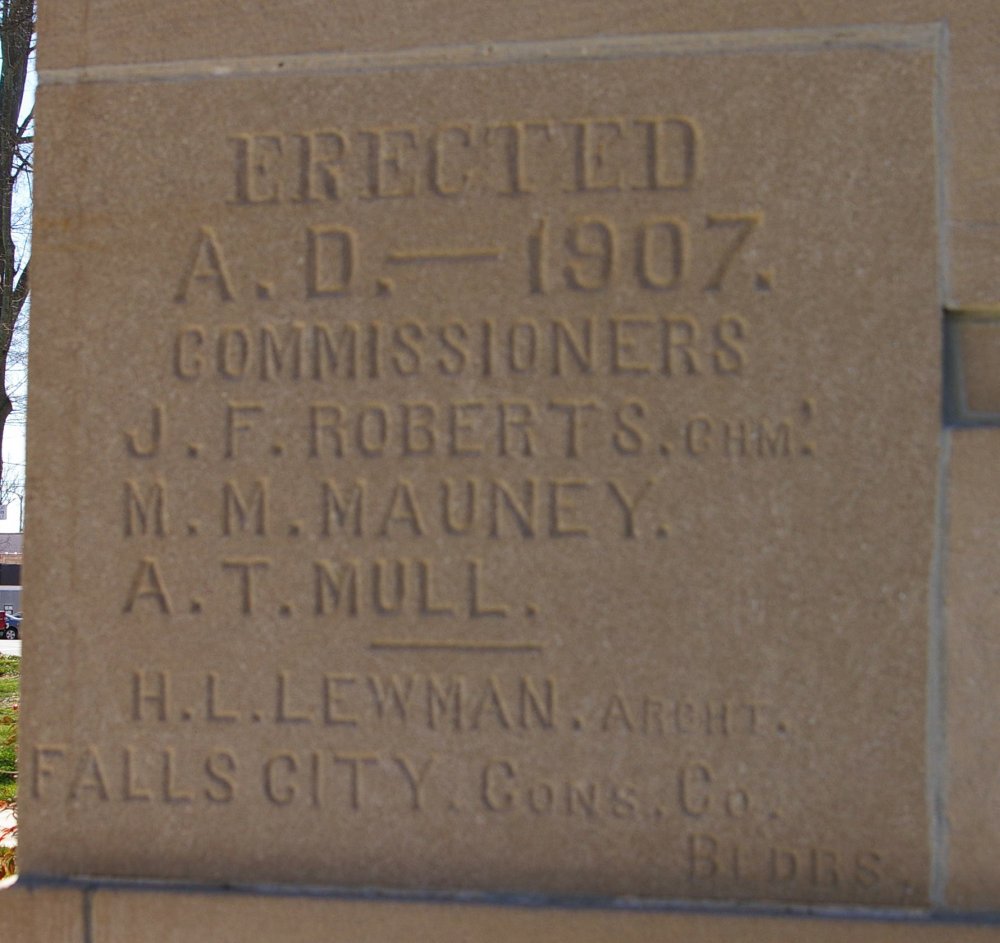 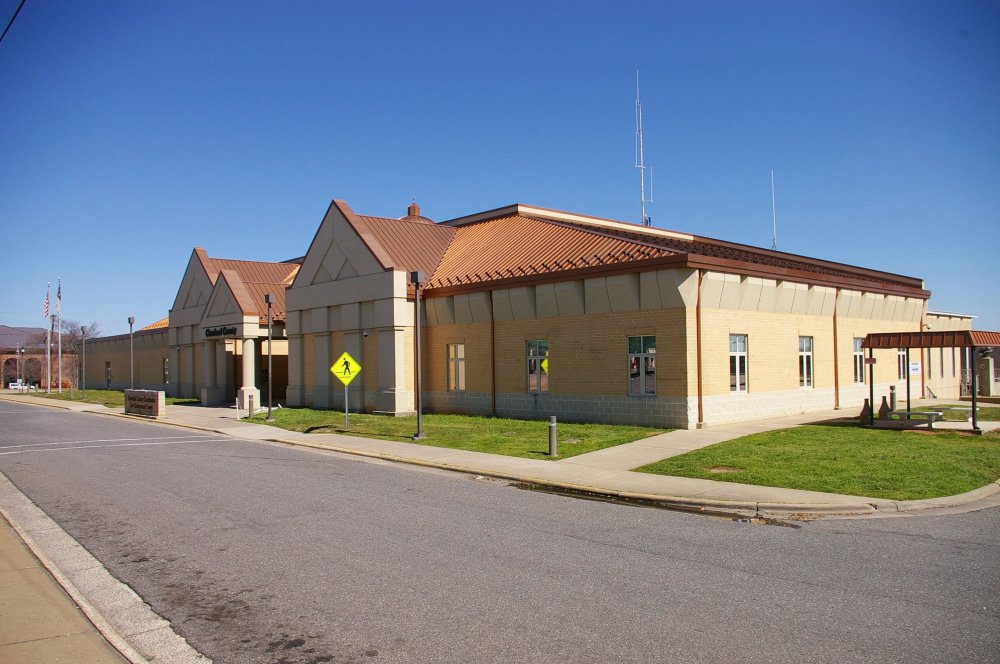 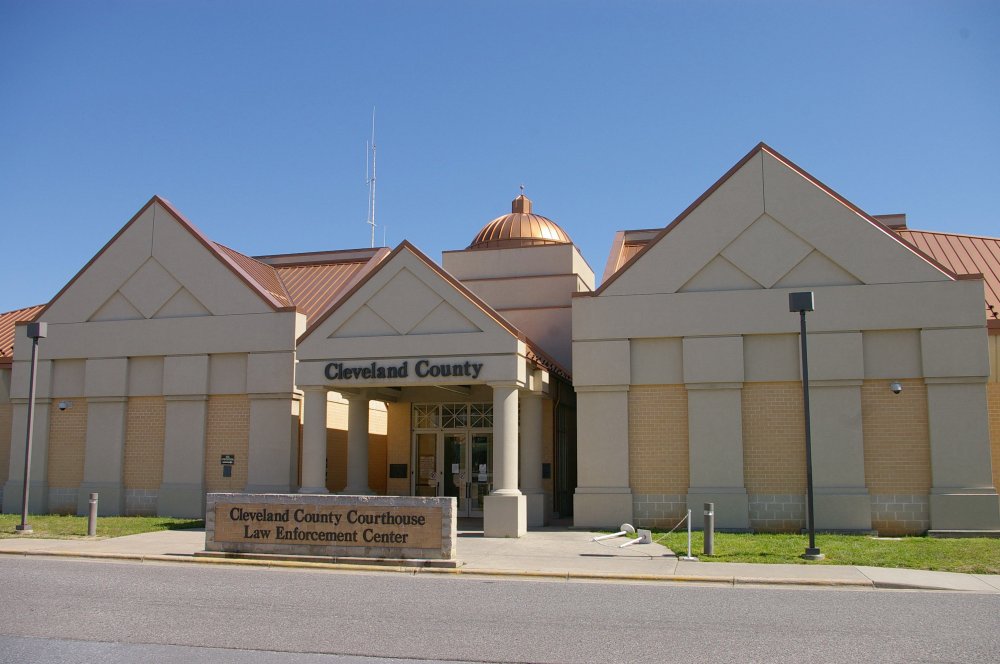 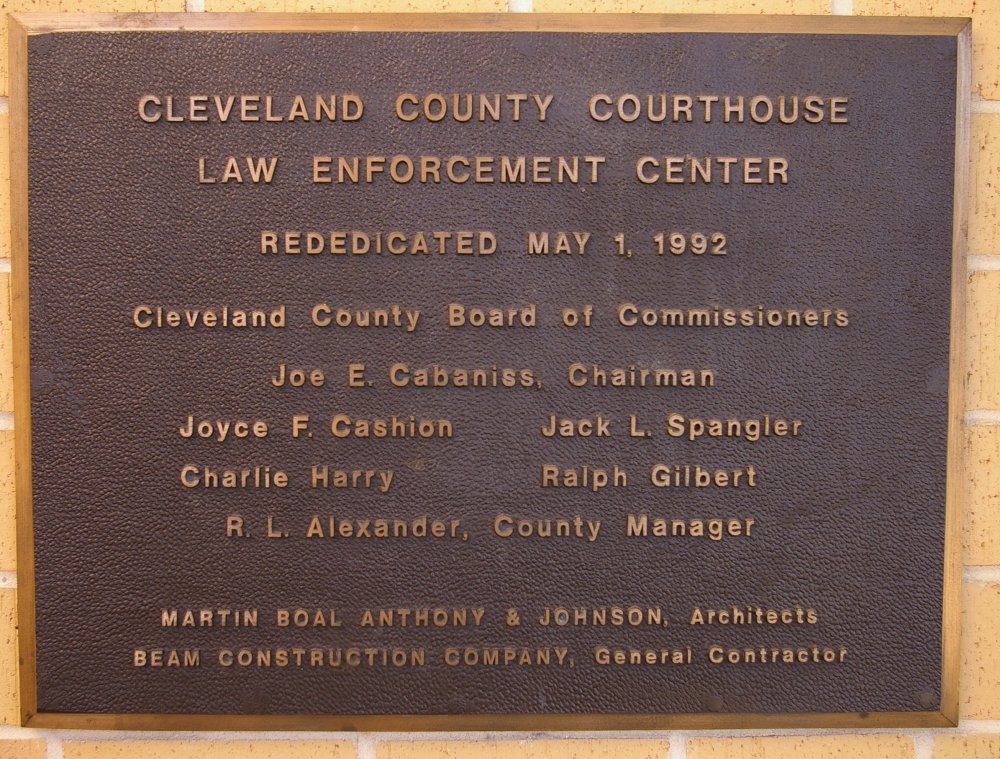 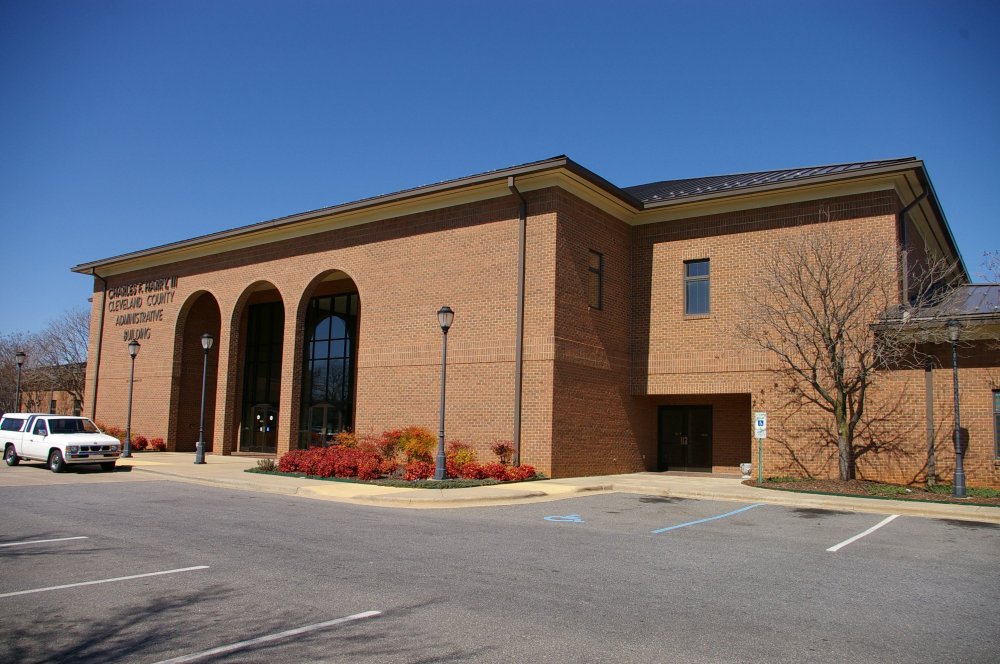 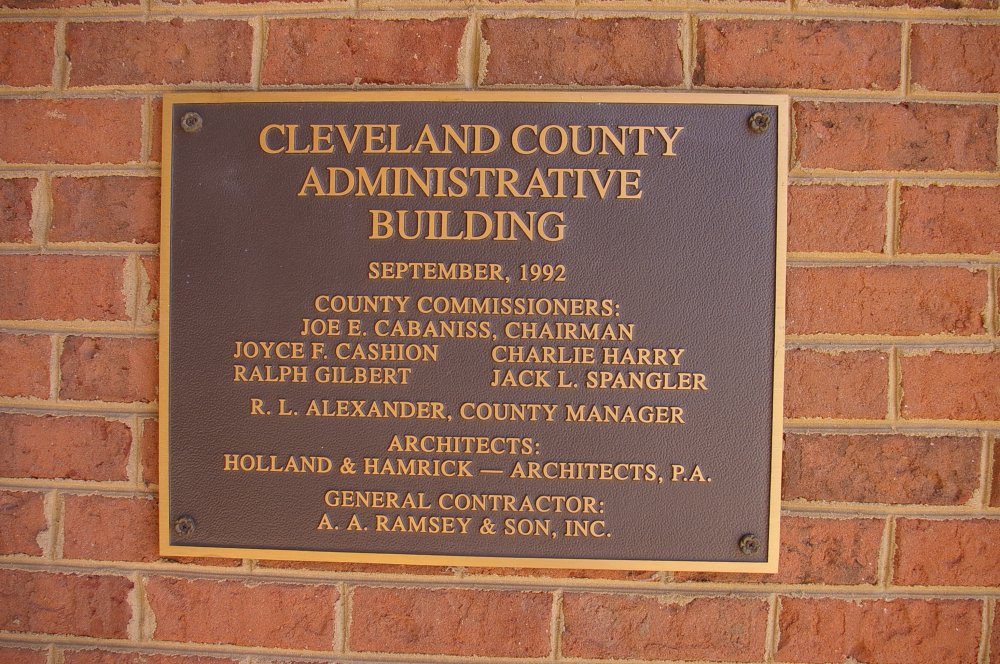